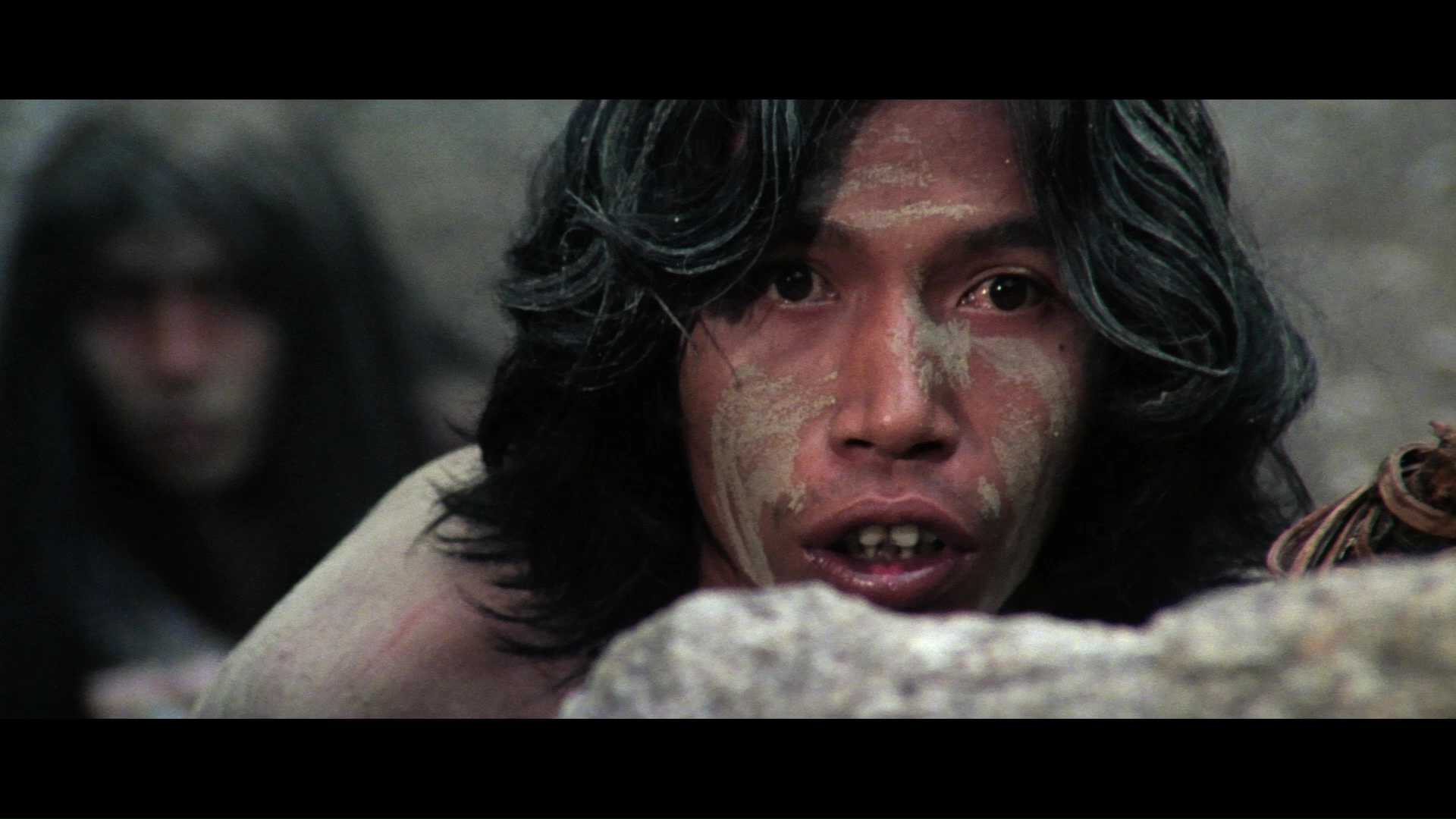 programmers in the '60s and early '70s, the now infamous Ruggero Deodato hit paydirt in 1977 with his first international hit, Ultimo mondo cannibale. Shown in the U.S. as The Last Survivor and also known under its more literal translation, The Last Cannibal World, the film gained far more notoriety among gorehounds as Jungle Holocaust to tie it in more closely with Deodato's second and far more ferocious gut-muncher outing, Cannibal Holocaust. More rooted in the pulp yarn tradition than its volatile companion feature, Jungle Holocaust is still extremely disreputable by most film standards as it rubs the viewer's nose in real animal deaths (a bat and crocodile get the worst of it in the most depressing and mean-spirited moments), gory dismemberment and flesh eating, a man's damaged limb consumed by ants, and other charming atrocities. At least this time there's the distance of a traditional narrative to keep the viewer relatively secure, even if the ending (and the opening in some versions) does claim the story is based on true events. Uh huh.

While searching for oil in the remote area of Mindanao, a quartet of explorers crashes their plane near an abandoned jungle camp and realize the area is inhabited by cannibalistic natives. Led by anthropologist Rolf (giallo regular Rassimov) and Robert Harper (Foschi), they find their number dwindling thanks to hungry locals and deadly booby traps. After a disastrous attempt 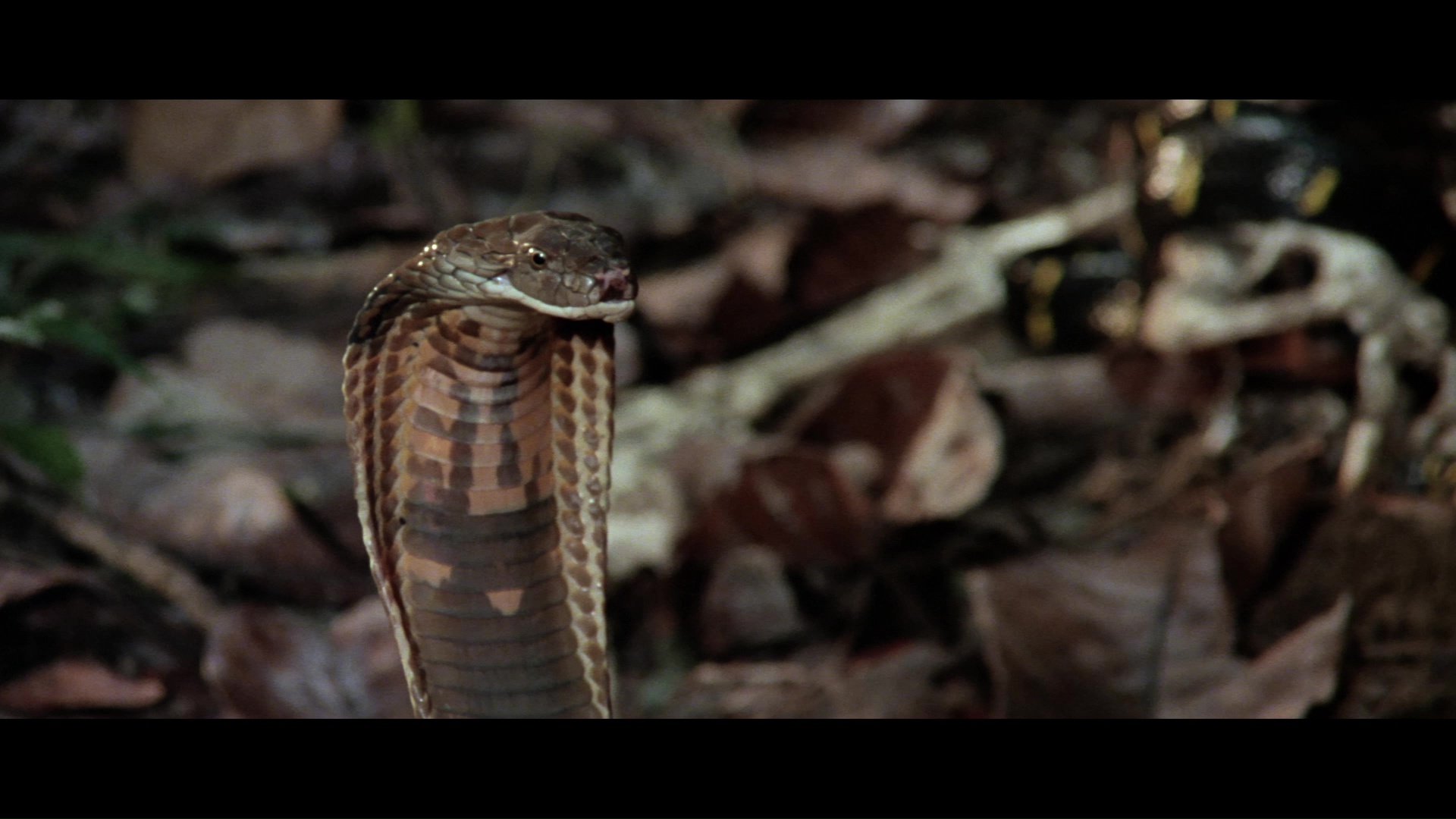 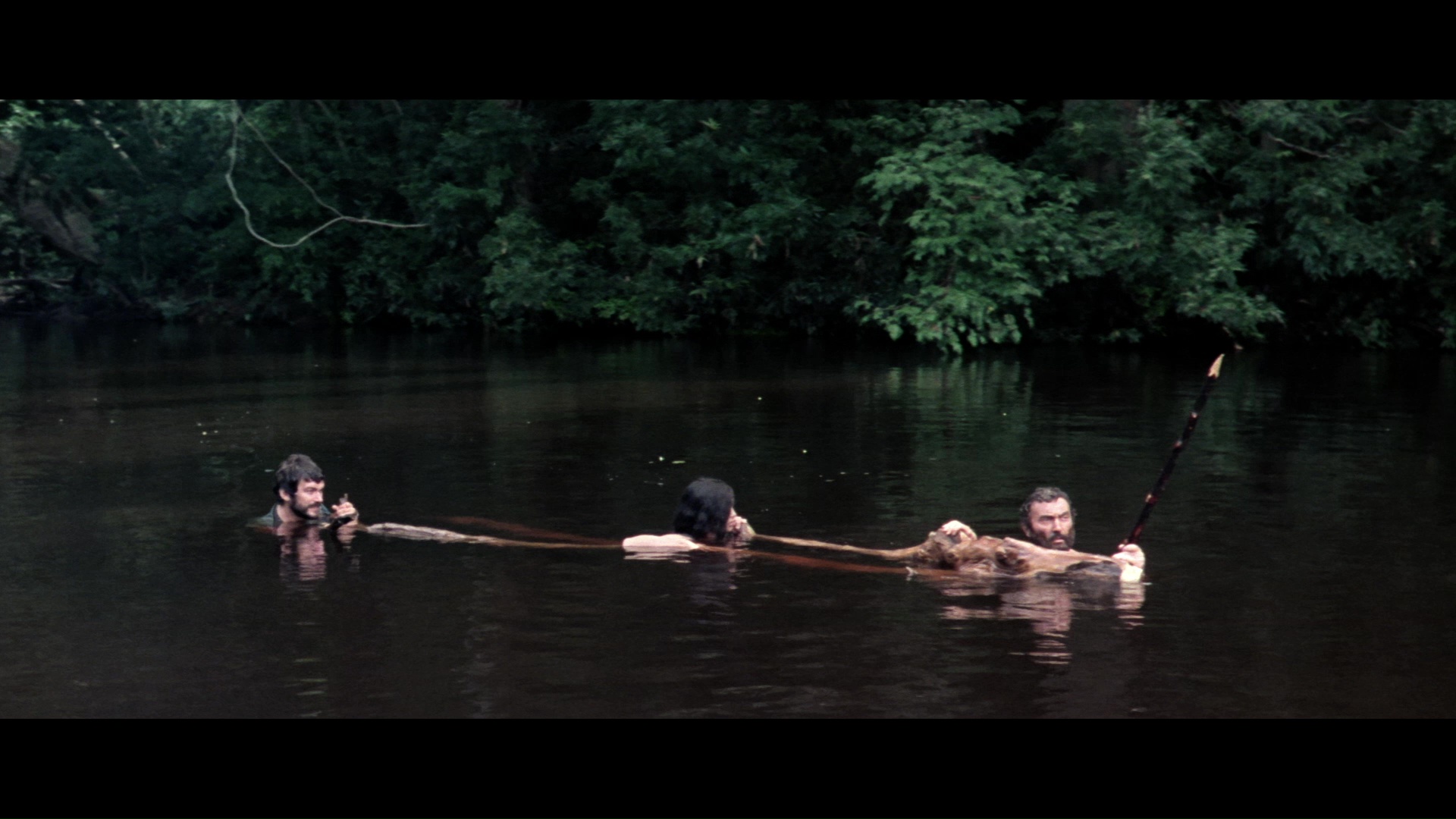 sail away to safety, Robert and Rolf are separated, leaving the latter in the hands of the primitive tribe who strip him naked, hoist him in the air by ropes so he can fly like a bird, and then toss him into a homemade underground cage so the cannibal kids can pee on his head. Really. The loveliest of the cannibal women (sexploitation favorite Me Me Lai) takes pity on Robert and helps him escape, but their flight to freedom contains several unexpected complications.

Though Umberto Lenzi's Man from Deep River is usually cited as the first real Italian cannibal film, this is the one that really kicked off the trend worldwide. Even in cut form it enjoyed a wide release and a decent gross-out reputation thanks to frequent reissues from AIP, and relatively speaking, it's still one of the best made of its ilk. The skillful scope photography, atmospheric score, and earnest performances make this a gripping study of survival, while exploitation fans should enjoy the high levels of gore effects (with the most unforgettable set piece saved for the end, which was so effective Lenzi recycled it - along with much of this film's atrocity footage - for his ludicrous Eaten Alive). Thematically it's also less didactic than the '80s cannibal films; there isn't any questionable moralizing along the lines of who the real savages are. More closely akin to survival epics like Cornel Wilde's superb The Naked Prey, this is one of the more tolerable Italian cannibal films for those courageous enough to venture onto such morally treacherous grounds. 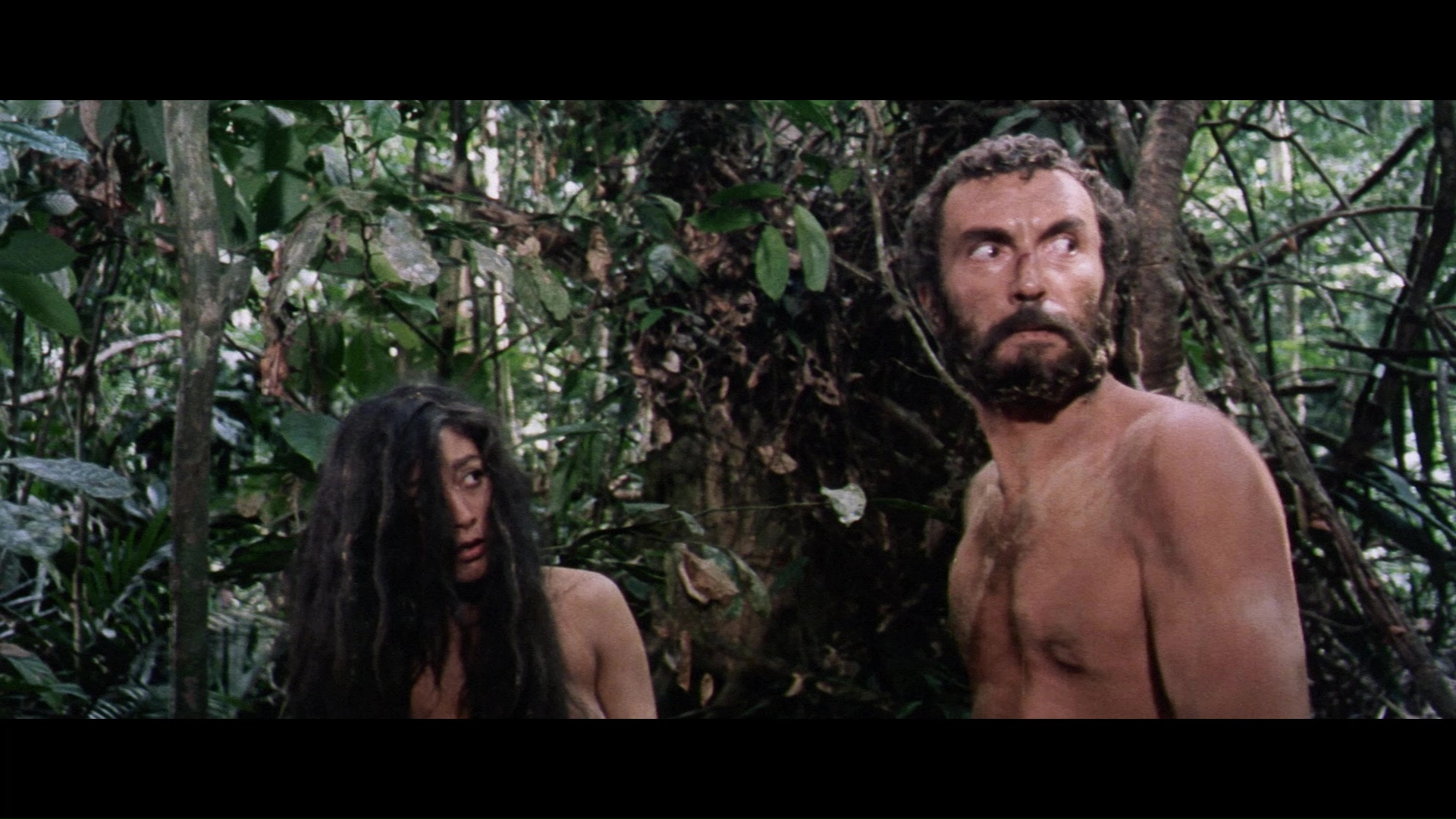 Though Jungle Holocaust has circulated on home video almost since the format's incarnation, uncut editions have been few and 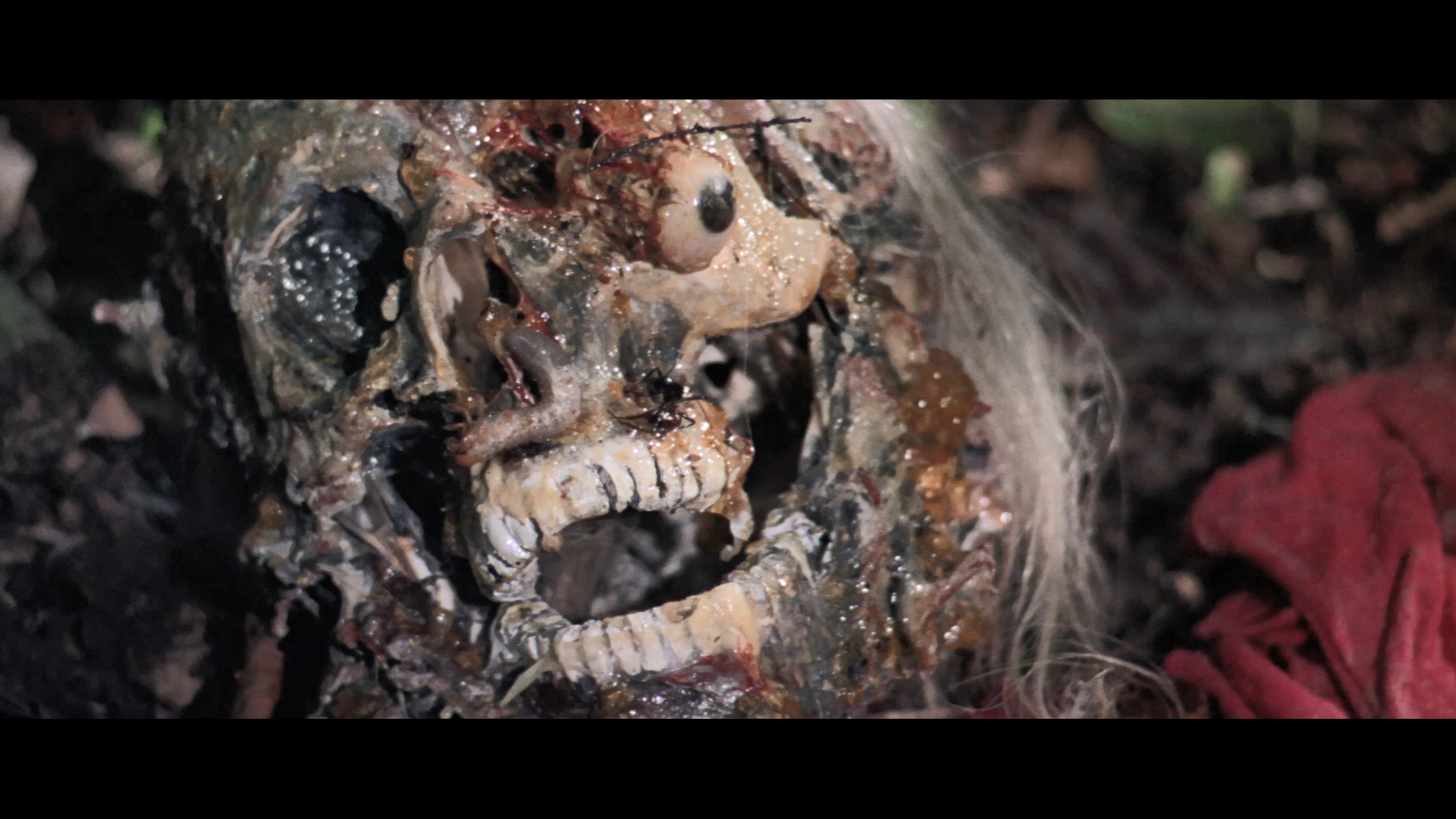 far between with the most complete coming from Video City. Many store shelves contained copies of the notorious Lettuce VHS edition, titled Cannibal, which excised some of the more graphic imagery of Foschi's frequently exposed manhood and a bunch of curious cannibal kids. Other VHS editions also revealed that Deodato and company actually shot alternate takes of some of the more revealing scenes with Foschi keeping his black briefs on. Working with an infernally difficult title to reconstruct, Media Blasters' DVD can legitimately be considered the first complete, fully widescreen English edition on any home video format. The image quality provoked wildly divergent reactions, mainly concerning the fairly pale black levels and some compatibility problems caused by the PAL master running faster than film speed. (That means the feature runs 88m10s versus the correct 92m8s.) The letterboxing adds a considerable amount of vital information to the sides, while the color fidelity is okay. Extras are where this disc easily excels; Deodato contributes both a video interview and a commentary track (in Italian with optional English subtitles), while Foschi also appears for a frank English-language video interview (20m14s). Also included is an English interview with Rassimov (6m43s), who recalls some difficulties with all the wildlife in the area as well as his ongoing friendship with Deodato. Other goodies include an extensive video gallery of posters and lobby cards (6m20s), trailers for this and other Shriek Show titles, and a batch of international color lobby card reproductions. The trailer, under the Last Cannibal World title, is especially fascinating as it includes Deodato and crew (dubbed in English) pontificating about the making and importance of the film, intercut with cartoon teeth transitions. 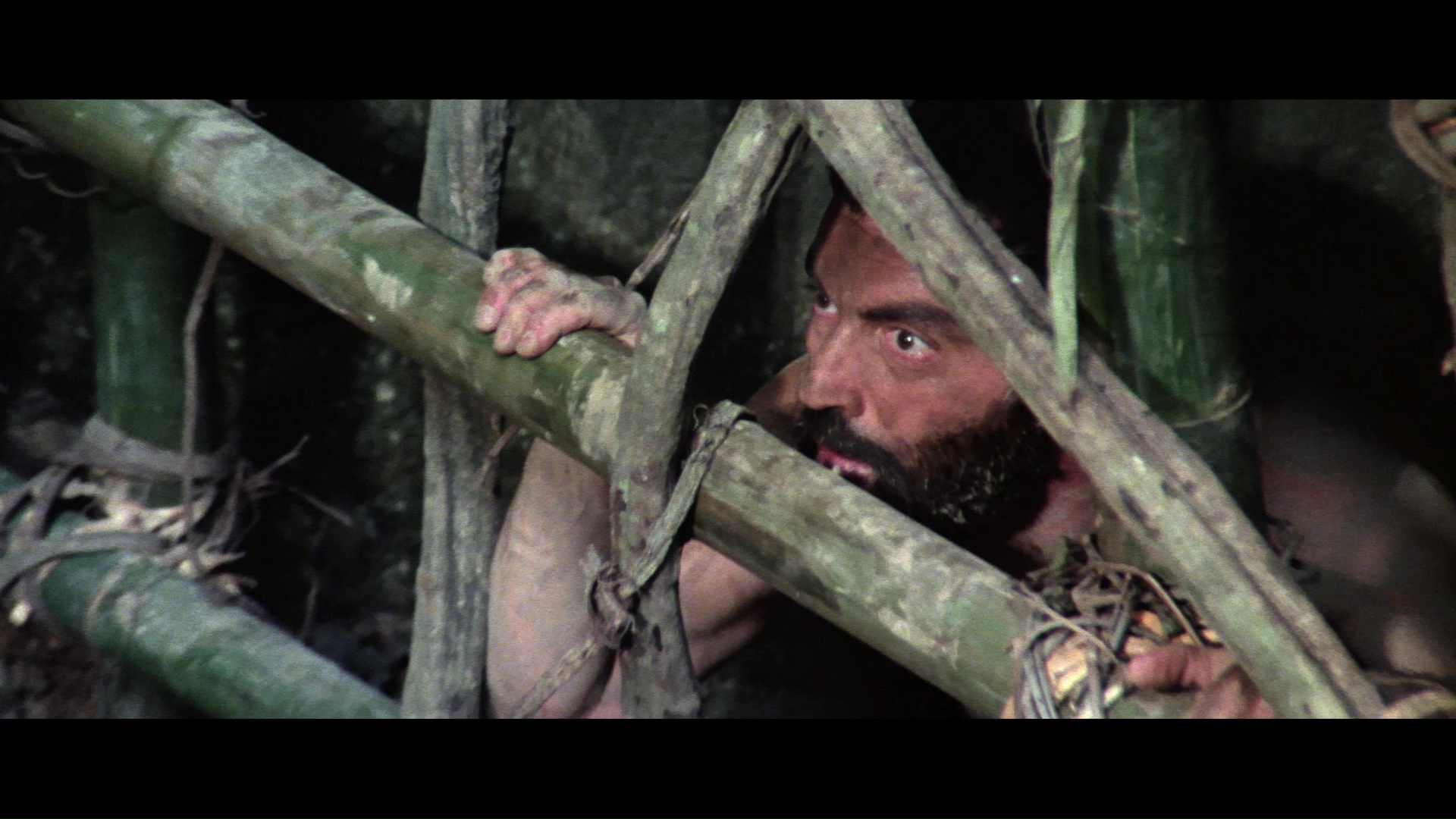 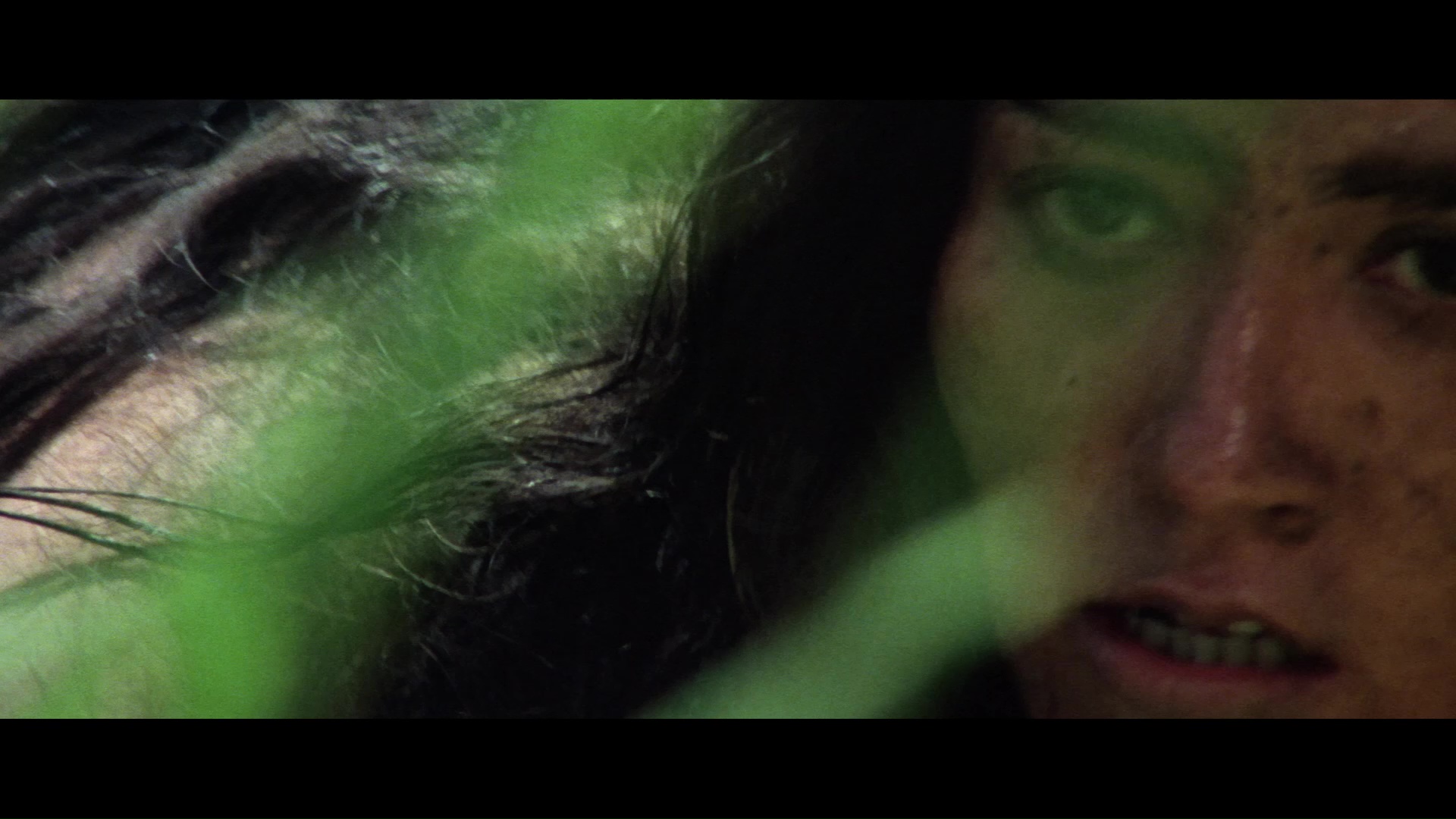 In 2018, Code Red brought the film to Blu-ray available from Ronin Flix in its uncensored form with a fresh HD scan "from several vault elements." The result looks pretty impressive if you're familiar with the history of the film, and almost all of the film looks fairly pristine; some of the more unabashed moments are a bit less saturated and appear to be down a generation or two, but it's a massive upgrade all the same with more natural and satisfying colors throughout. The DTS-HD MA English mono track is also in good shape. Also presented in HD with the same quality is what's touted as the R-rated cut of the film, presumably conforming to what was released by AIP and featuring the alternate clothed shots of Foschi "flying" as well as the expected trims to some animal violence and the more graphic frontal nudity. Both transfers bear the Last Cannibal World title as well. Instead of the previous Deodato commentary, you get a fine new audio commentary with Horace Cordier and Ian Jane, and it's chock full of trivia about virtually every participant as well as a great deal of context about the advent of the cannibal craze. It's also nicely contextualizes the production within the Italian film industry at the time with other connected filmmakers like Sergio Corbucci getting tied in as well. They also go into the pluses and minuses of mushroom usage, the jarring use of music in some scenes, and Foschi's truly fearless performance in so many respects. Ported over are the Rassimov and Roschi interviews as well as the gallery and the English trailer, plus a bonus one for Slave of the Cannibal God. Bon appetit! 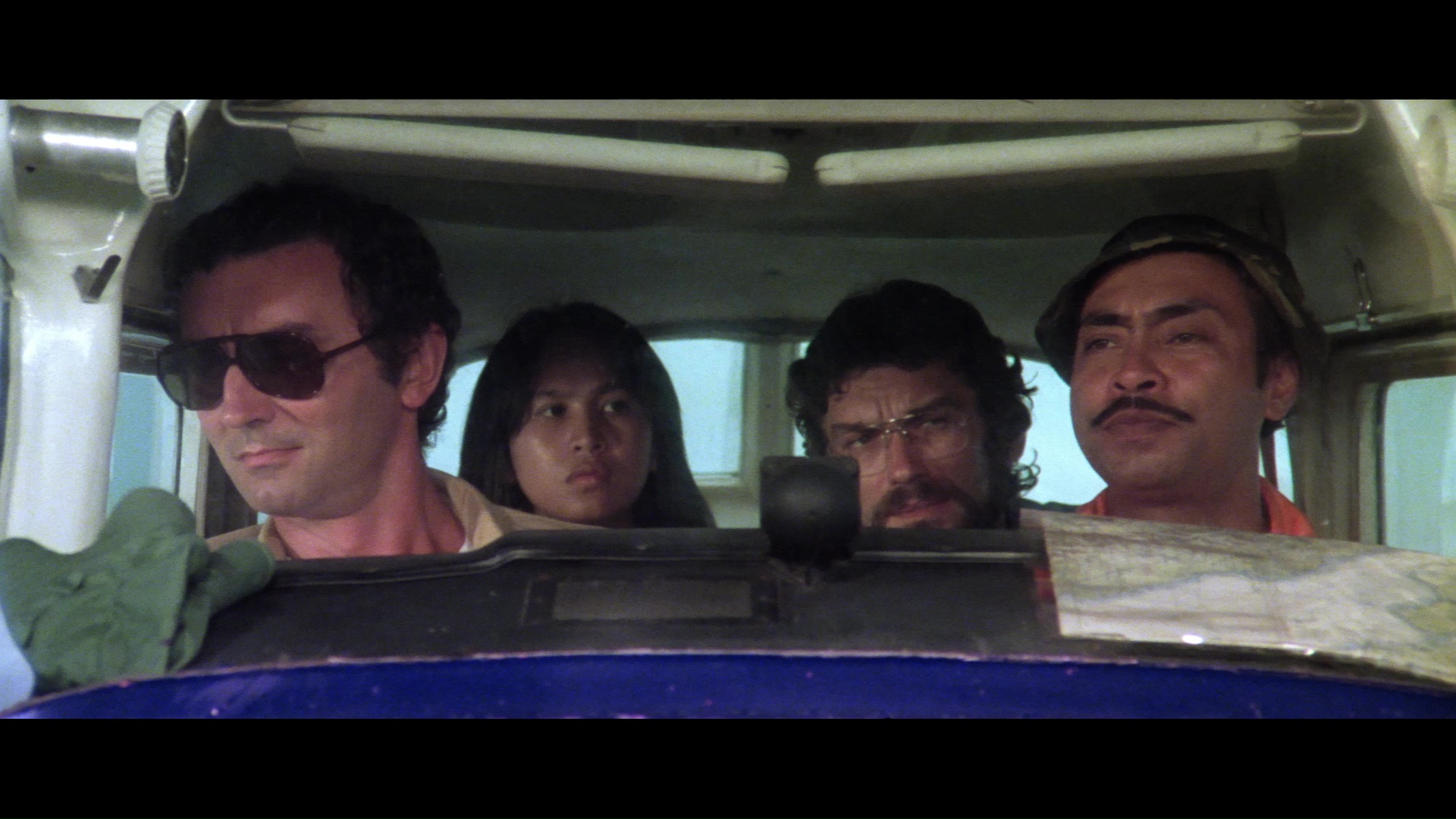 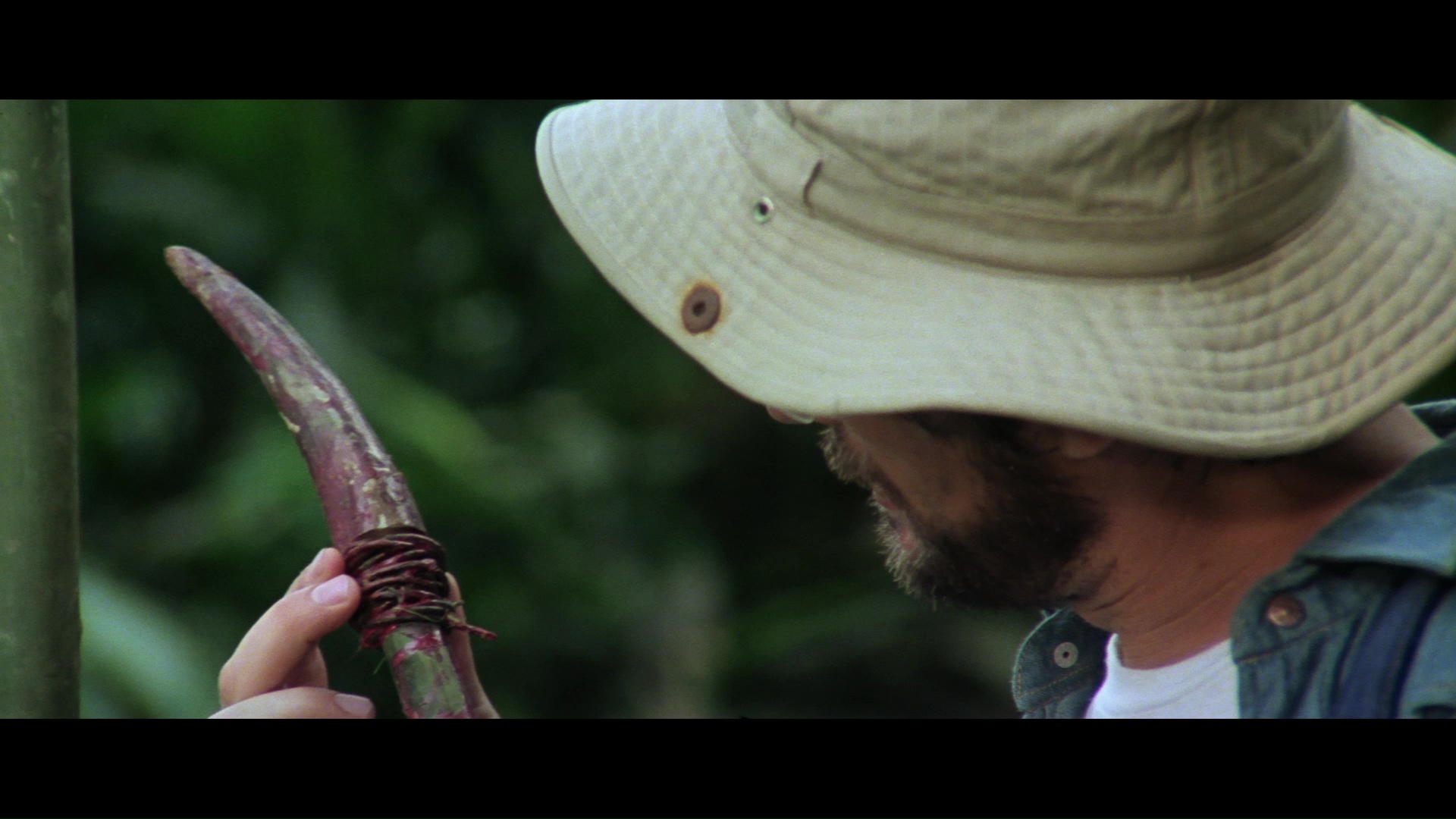 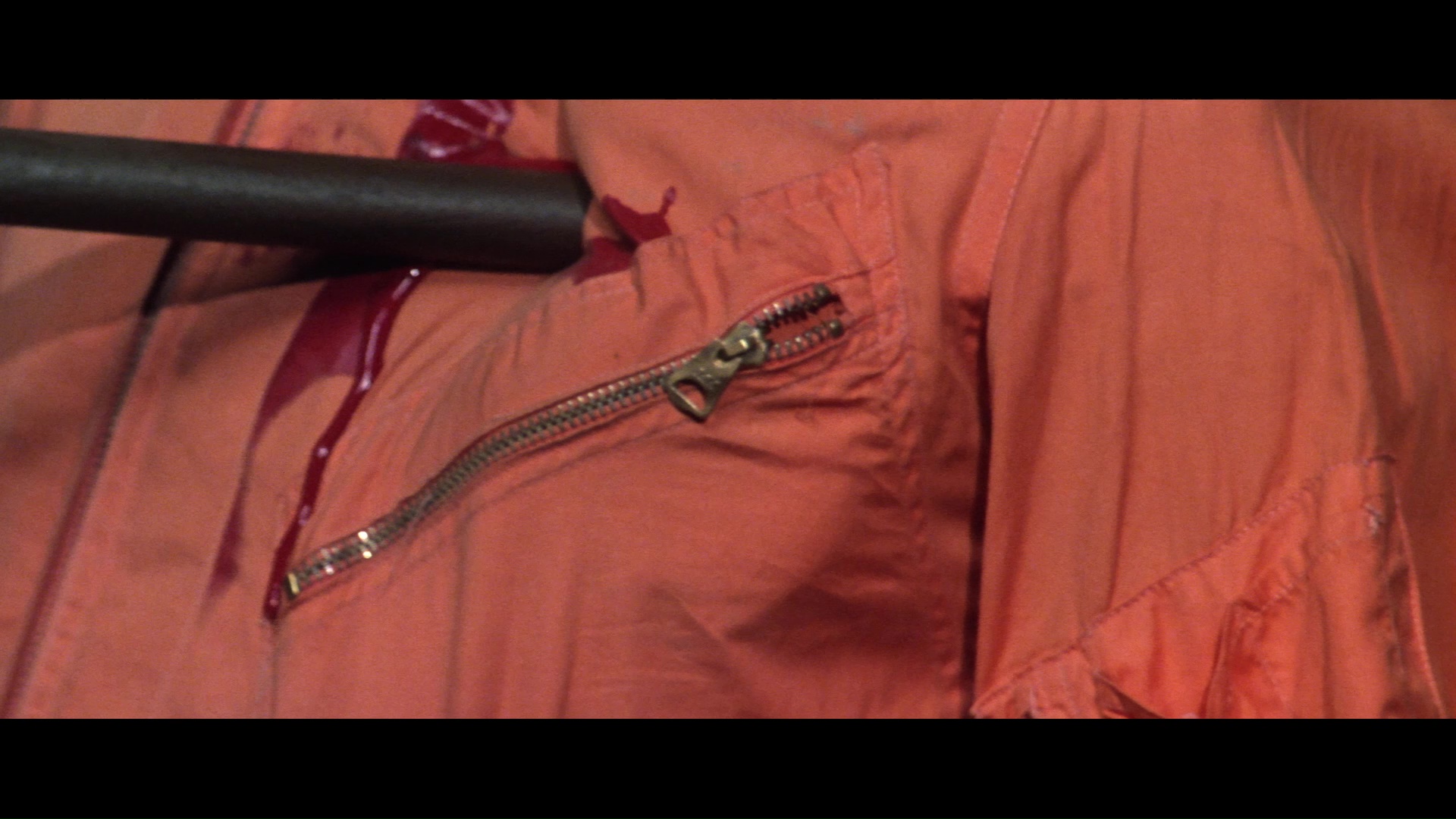 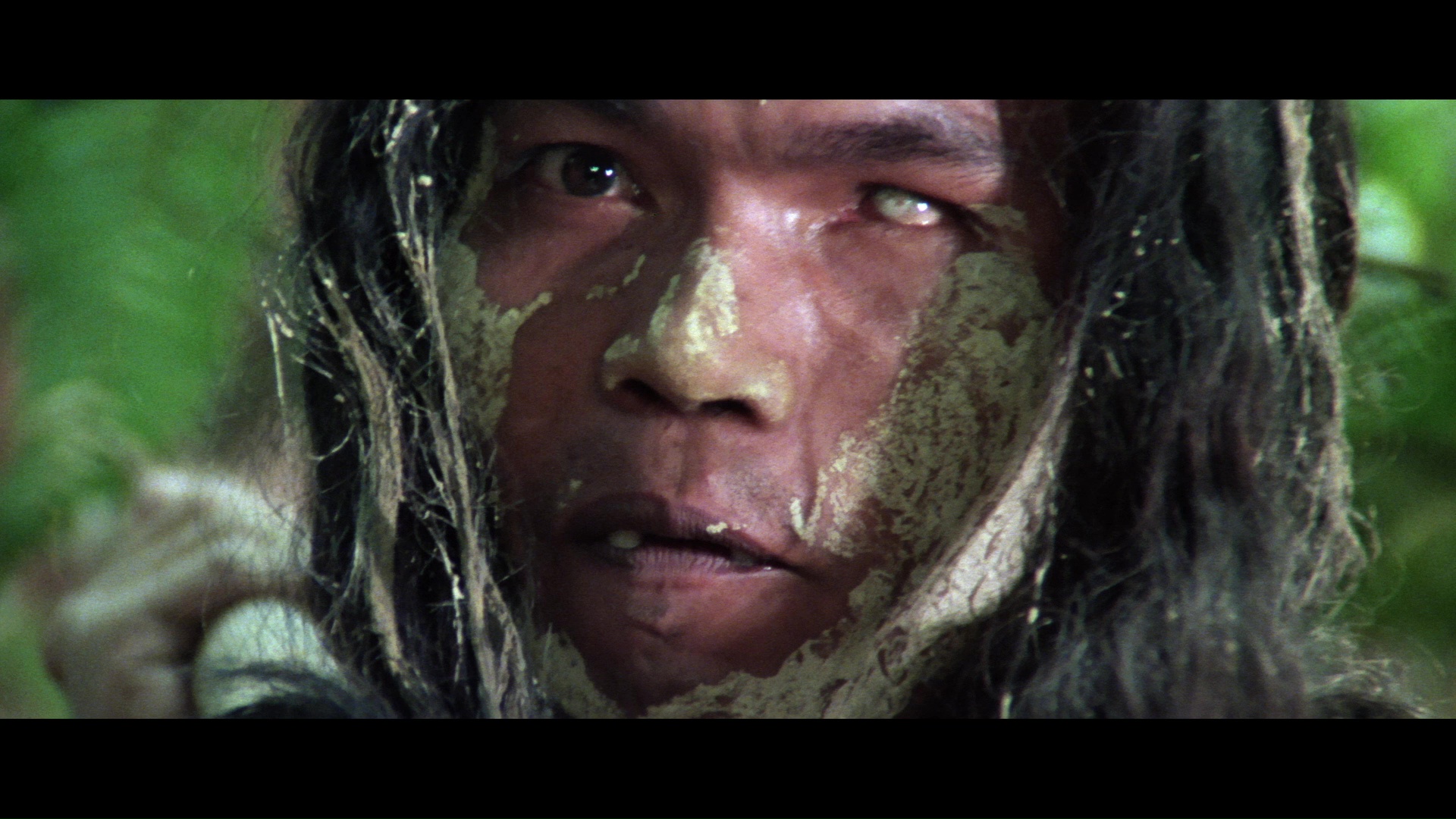 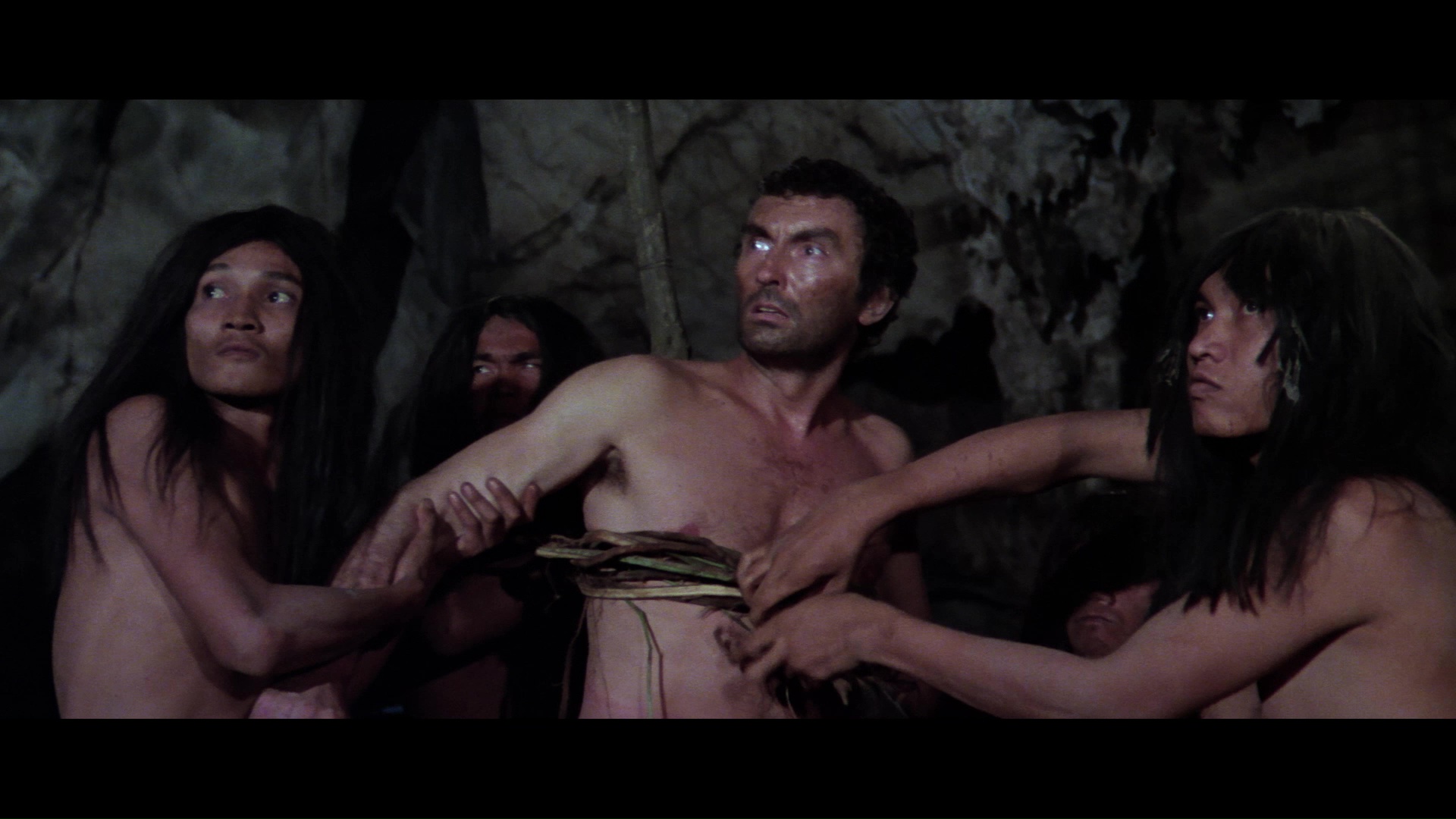 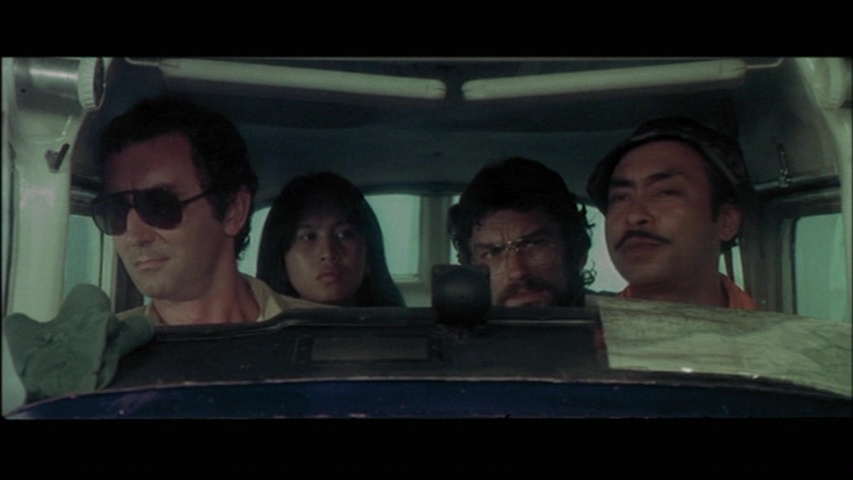 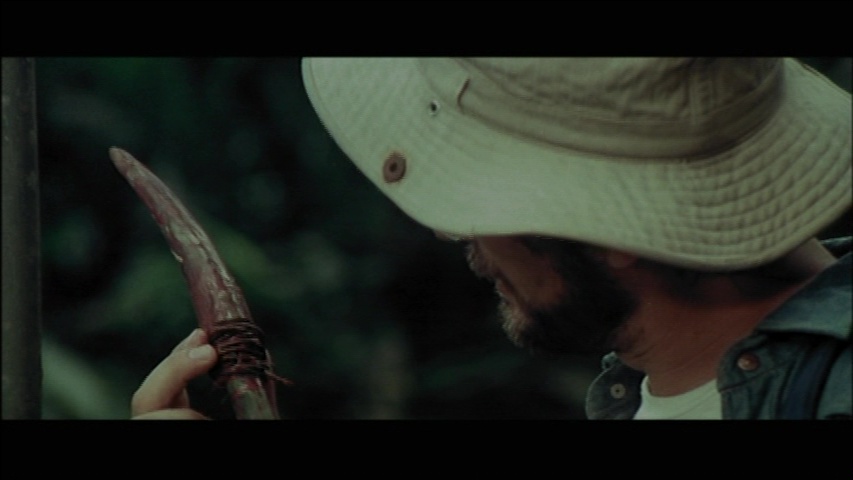 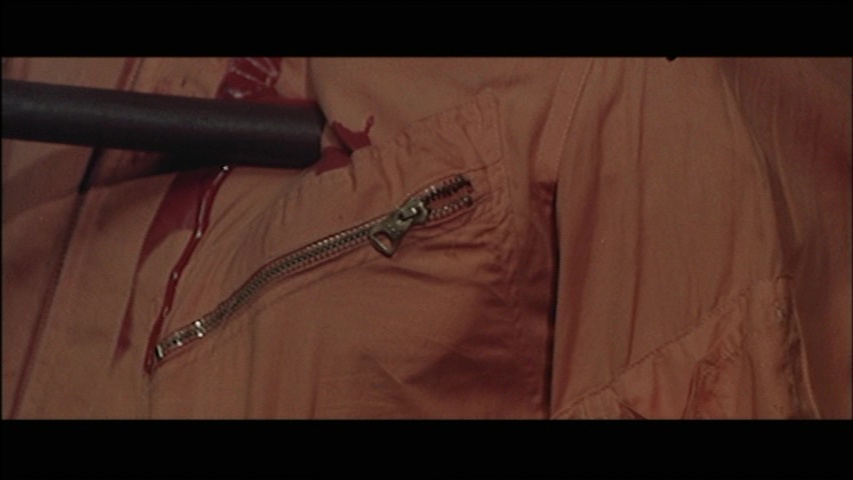 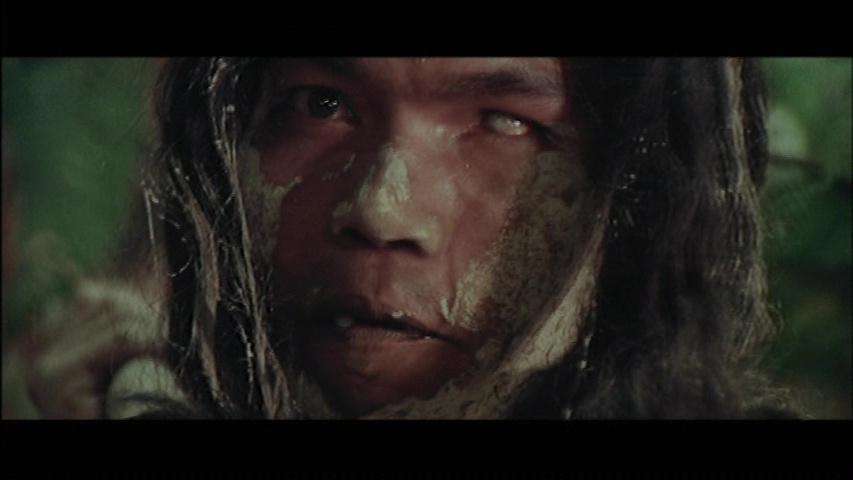 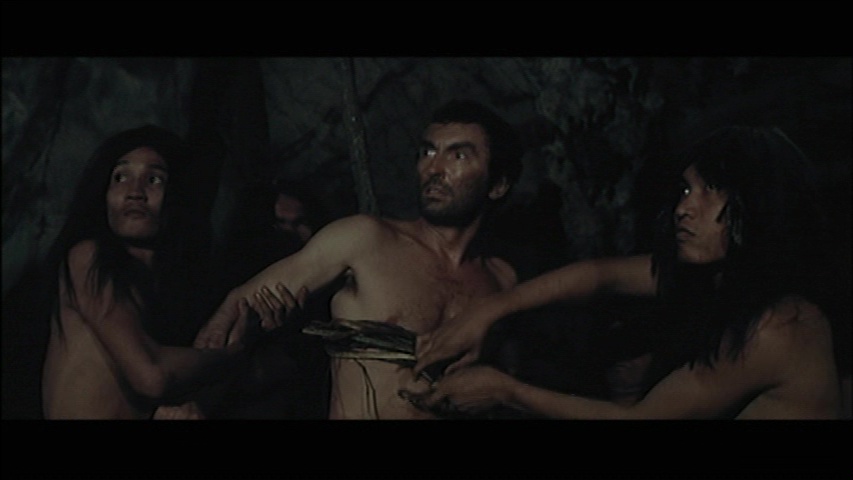