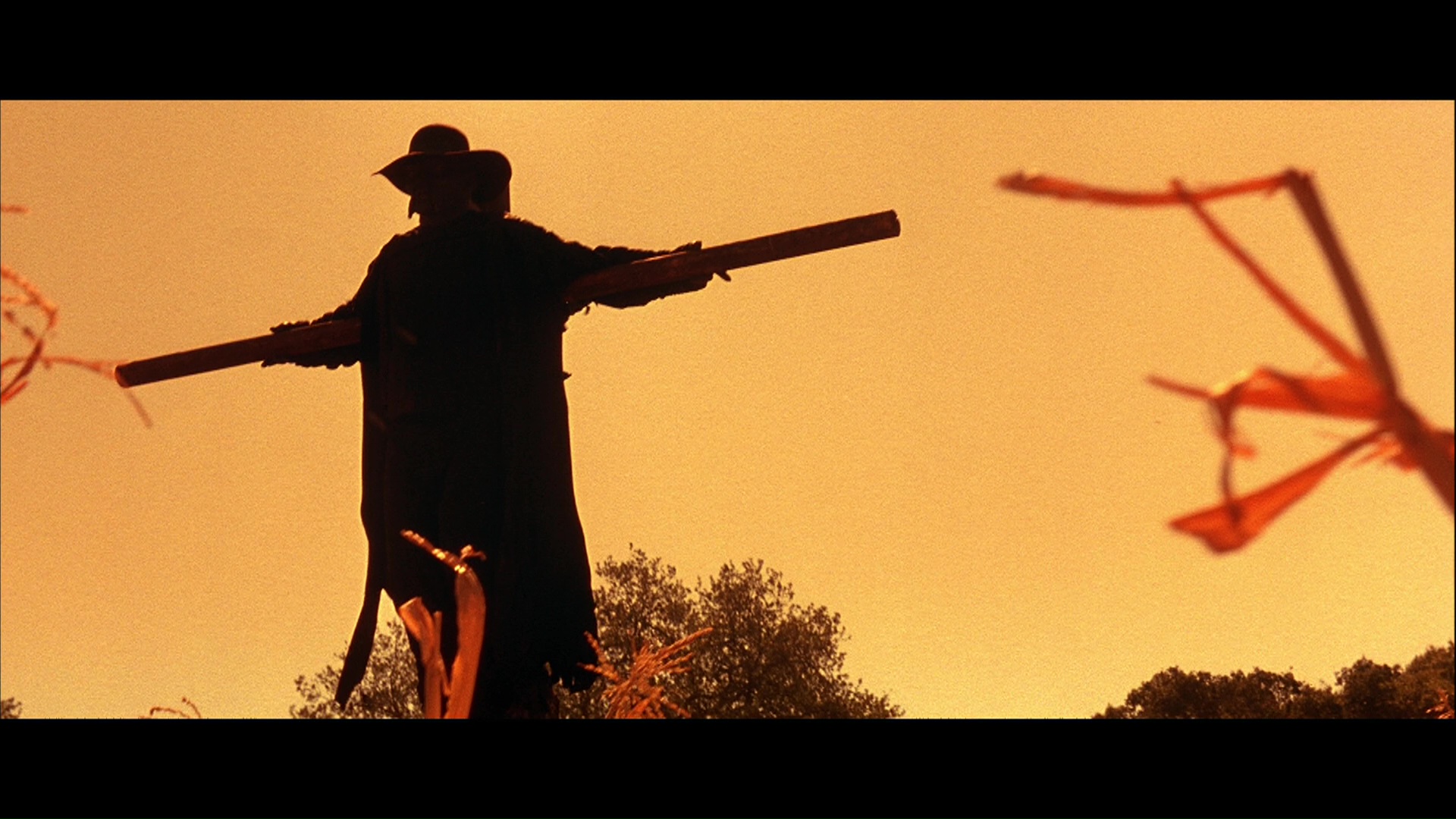 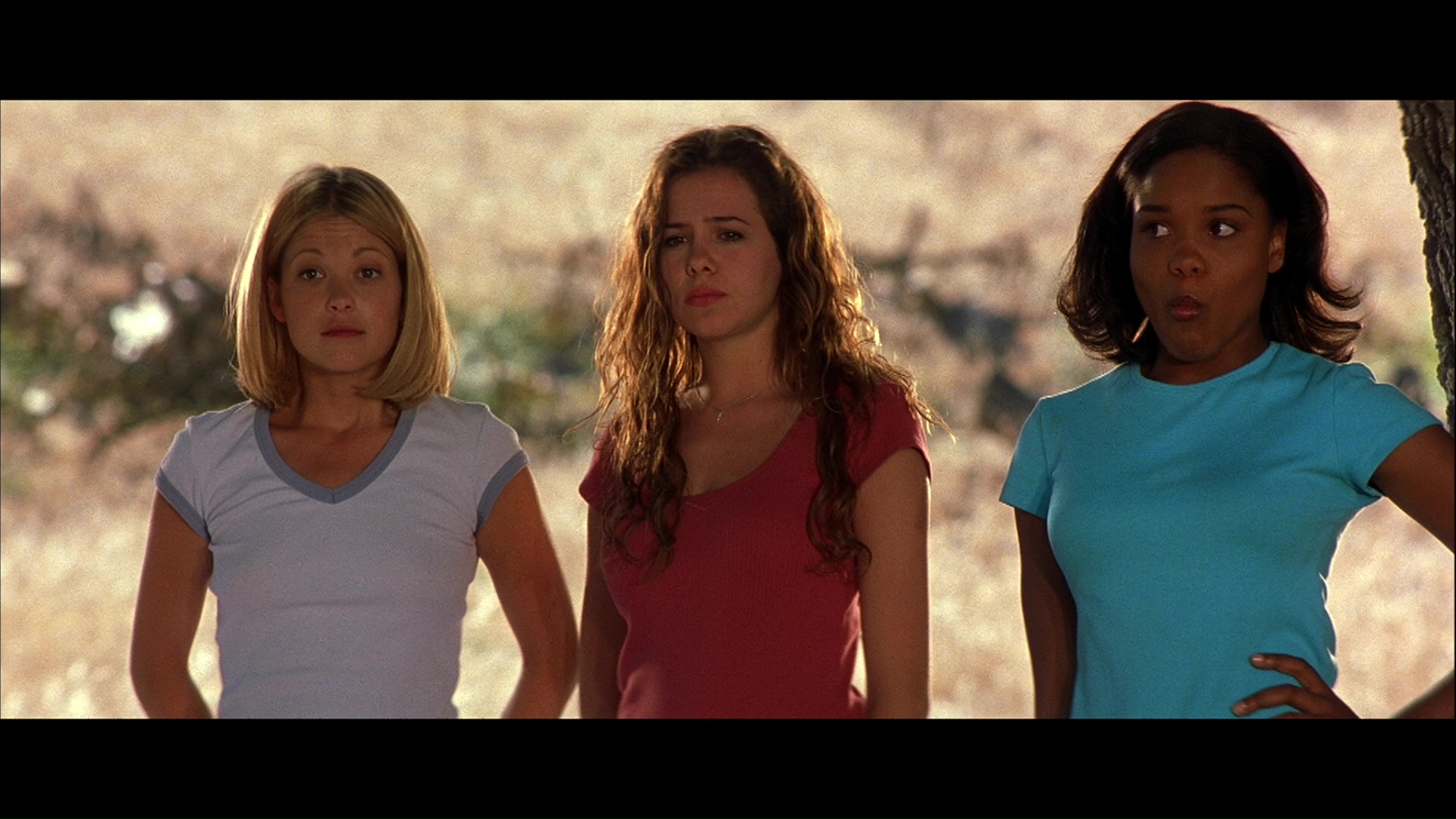 Two years after the release of Jeepers Creepers, that film’s open-ended, tragic ending left a lot of questions about what its monstrous creature had planned for the rest of its 23-day rampage. All of that was answered in Jeepers Creepers 2, which (one cameo aside) dispensed with the characters from the original and focused on two stories that come together on the supernatural entity’s final feeding day.

After his youngest son is snatched by the Creeper in disguise as a scarecrow, farmer Jack Taggart (Twin Peaks’ Wise) and his older son, Jack, decide to hunt down the menace at any cost. Meanwhile a bus traveling across the countryside gets waylaid by a flat tire, leaving a group of basketball players, cheerleaders, and their coach stranded for hours in the middle of nowhere. The blowout appears to be the work of sabotage courtesy of a handcrafted bone weapon, another of which takes the bus out when it tries to get back on the road. Soon the adults and teens are picked off one by one as the Creeper gorges just before its hibernation, leaving the survivors fighting for their lives before dawn.

Opinion remains divided over this one due to its dramatic deviation from the approach of the original film, this time melding a slasher body count approach to some heavy-duty monster action reminiscent at times of Aliens (especially the big climax). As a drive-in horror distraction it’s plenty of fun, with plenty of attack scenes and an amusing cross section of personality types on the bus (even if none of them 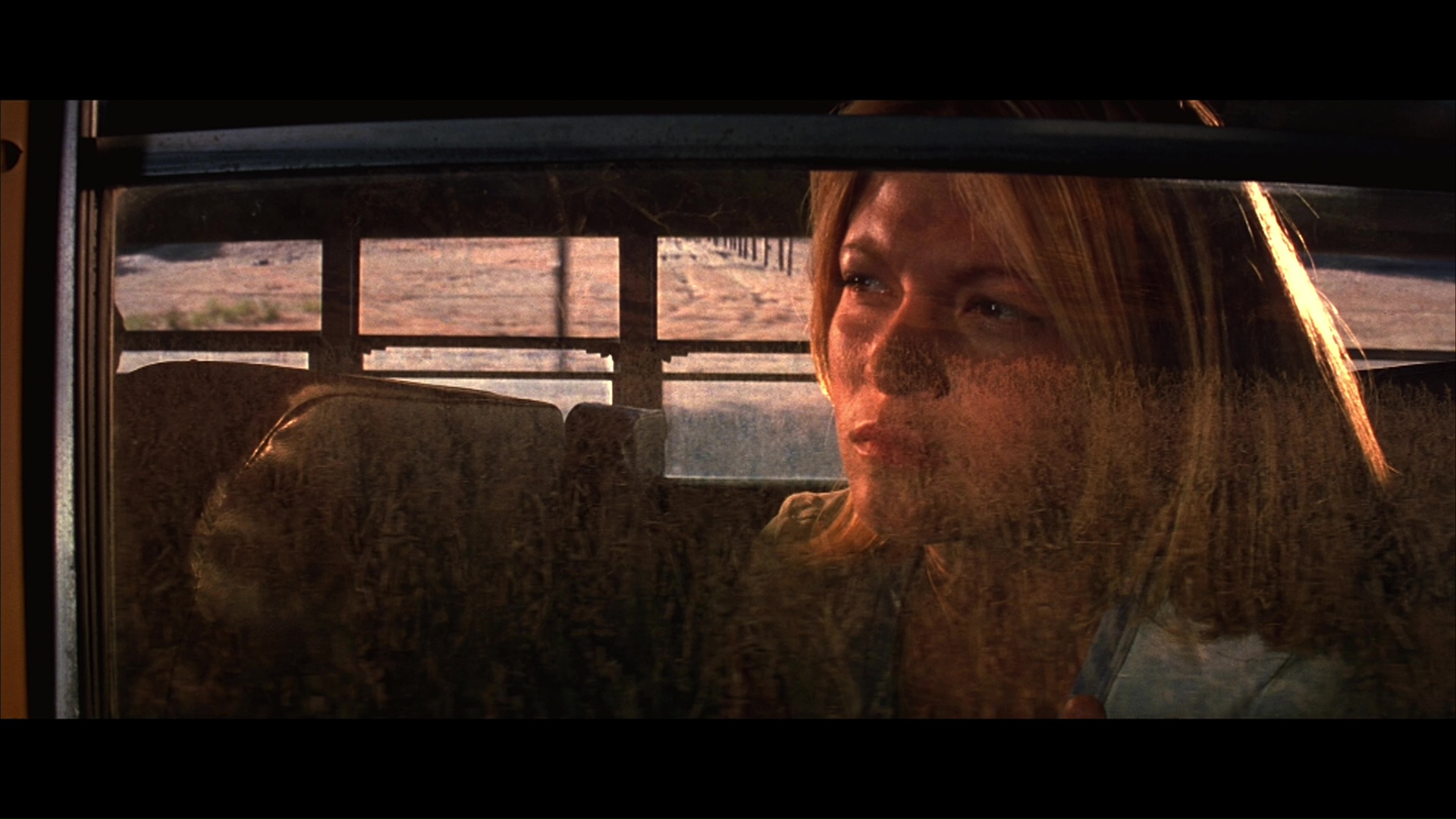 stand out as much as the brother and sister in the first film). The MVP here is most definitely Wise, a compelling actor who bookends the film 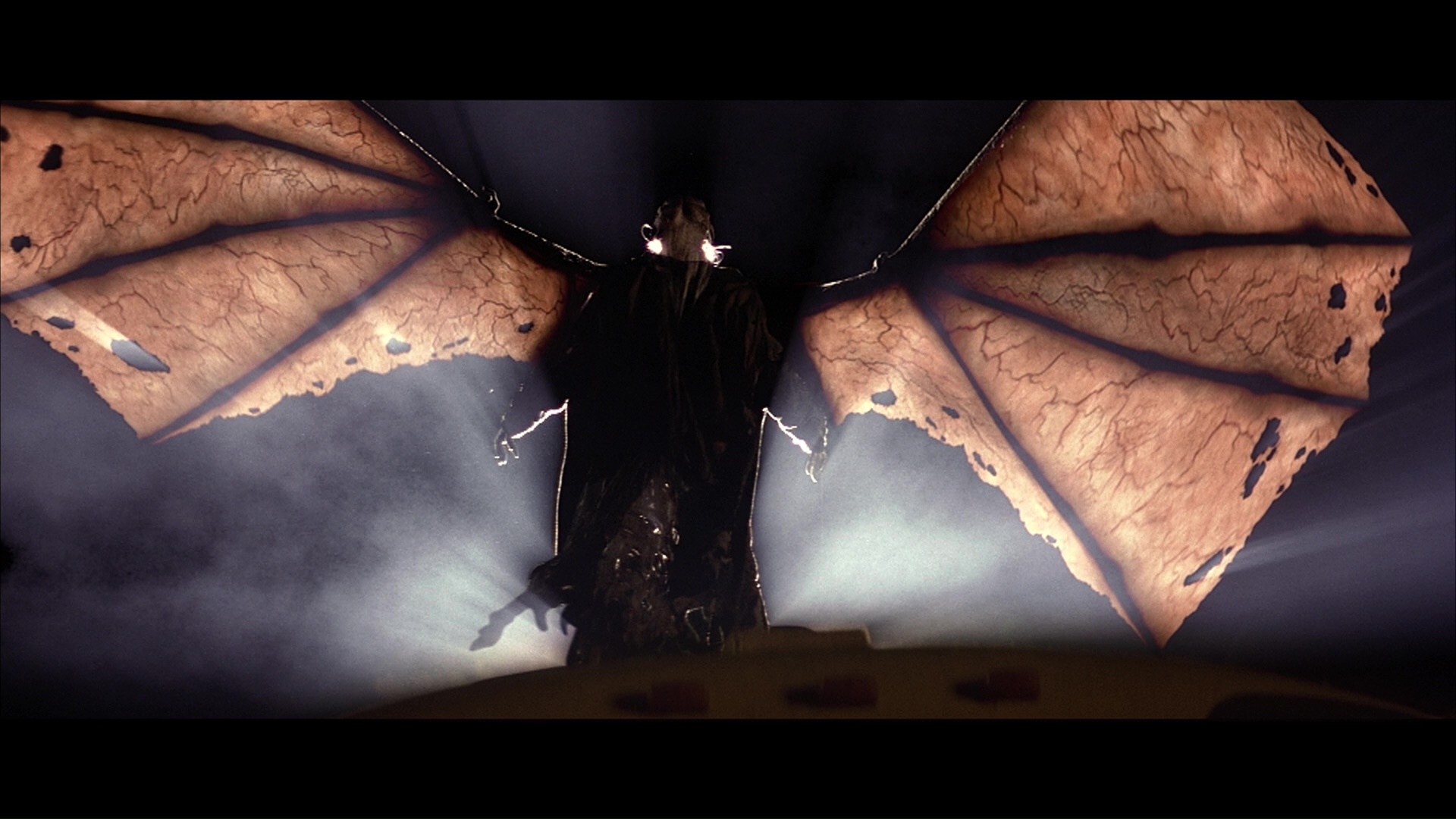 with a fine, intense performance that has you rooting for him all the way and bringing the story to a close with an ambiguous but far more positive outcome than the first film. Returning as writer and director, the controversial Victor Salva also packs the proceedings with bizarre sexual subtext. There was some in the original film to be sure (after all, it involves a creepy predator relentlessly hunting a young boy down and sniffing out his underpants), but this time it features David DeCoteau levels of shirtless guys strutting around and a lot of taunting of a character named Izzy (Schiffner) over his sexual orientation. We aren’t quite talking Joel Schumacher levels of horror gay panic insanity, but it’s definitely in the same ballpark.

Even more successful at the box office than its predecessor, this one has been treated for less respectfully for years with MGM’s first Blu-ray release unceremoniously dumped without extras as a double feature with the first film in 2013, forcing fans to buy one film they already had for a bare bones edition of this one. Present on the original 2004 but dumped along the way were many extras, including two commentaries: one with Salva and actors Eric Nenninger, Josh Hammond, Nicki Lynn Aycox, Marieh Delfino, Garikayi Mutambirwa, and Shaun Flemming, and the other with Breck (returning here as the Creeper), storyboard artist Brad Parker, and makeup artist Brian Penikas. There was also a 40-minute documentary, “Lights, Action, Creeper,” which (as with the first film’s DVD) could be watched in four segments including the story’s evolution, the Creeper costume and makeup effects, the score, and the (sometimes ropey) digital effects. 19 minutes of deleted scenes offer an uneven look at the film’s editing process including more detail about the team’s previous game and some bonus character development (which is on the slim side in the final product despite its much longer running time). There’s also the trailer as well as storyboard reconstructions of two unfilmed scenes and a pair of galleries for stills and production photos. 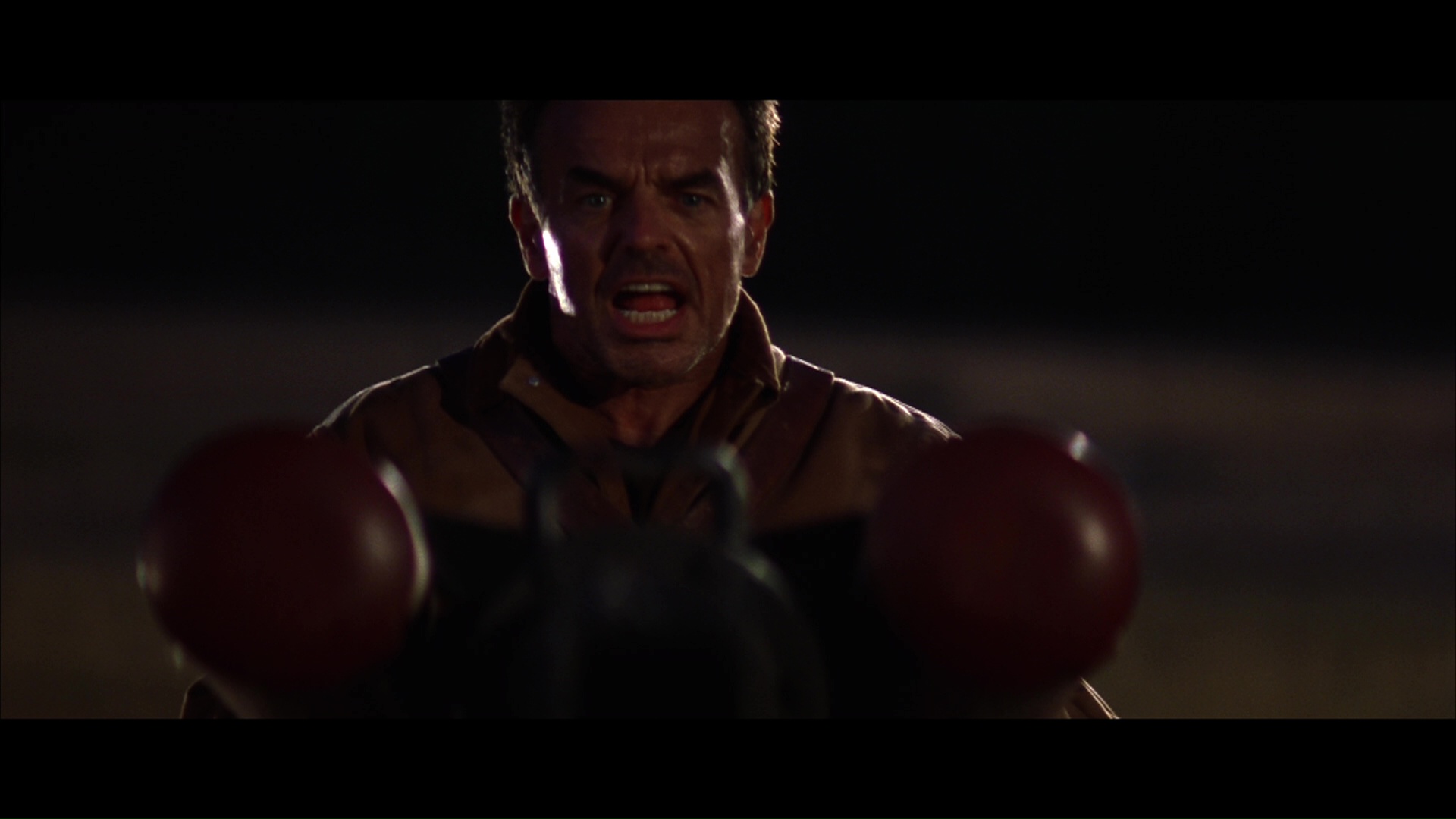 Fortunately anyone burned by the previous MGM Blu-ray will be happy to see that not only have all of the DVD extras been revived on the Scream Factory double-set Blu-ray set, but some substantial new goodies have been added as well. The HD transfer is the same as the prior release, offering a reasonably accurate rendering of very tricky source material (with lots of heavily saturated oranges and golds at some points and very dark blacks in others). As with the prior disc there’s a little bit of weird 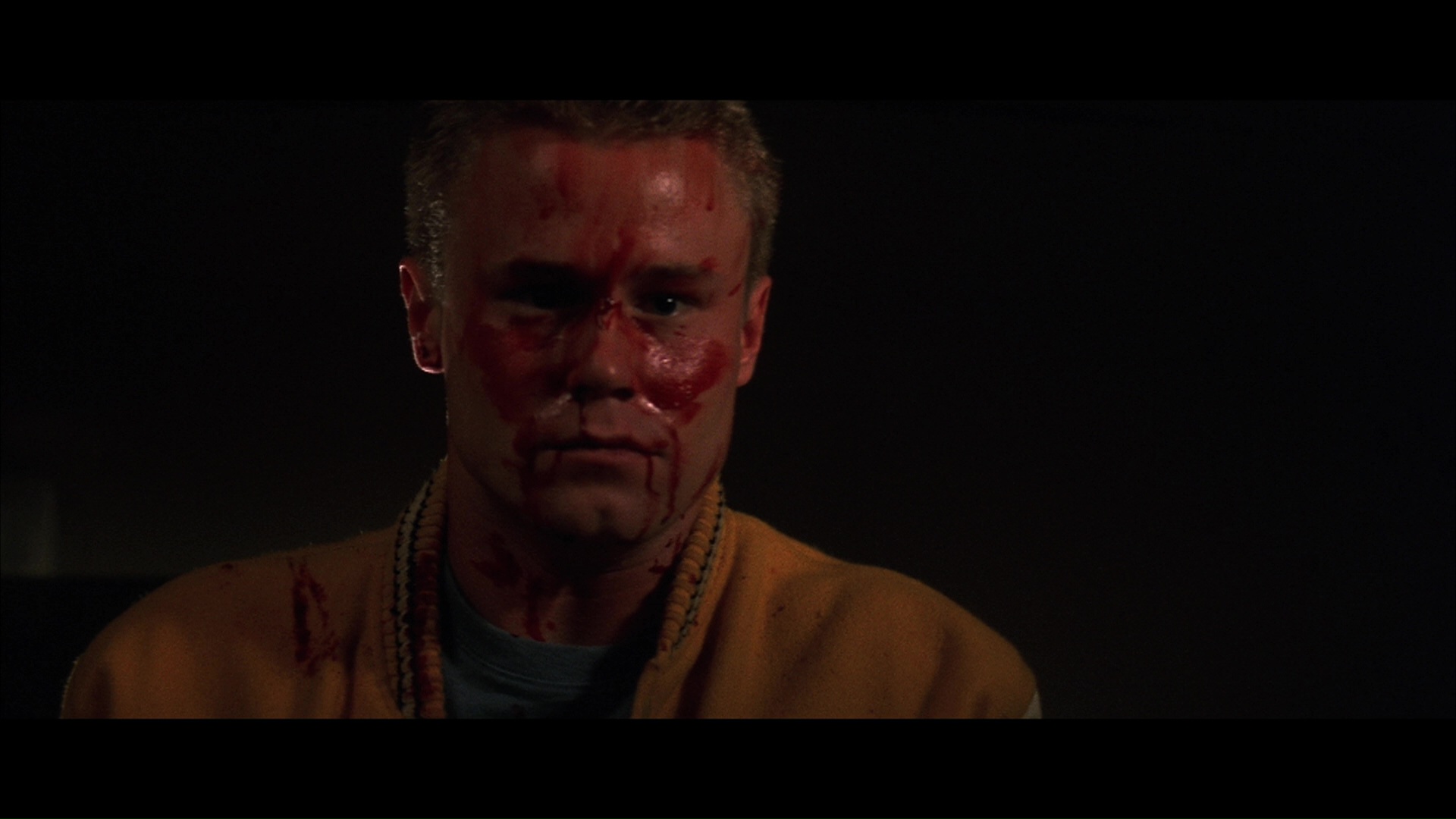 harshness in some early shots of the scarecrow that could be taken for edge enhancement, but these shots looked awfully dicey in theatrical prints too for some reason. The decision to shoot in scope this time compared to the flat original is something of a mixed bag; it definitely adds some scope and sweep to the opening and the climax (though it’s bizarre switching from Florida locations to cornfields!), while the bulk of the film inside the bus would have probably been easier on the eyes and less cramped with a bit more vertical space. The DTS-HD MA 5.1 sound mix is still a great showcase if you want to show off your system with a barrage of bass-heavy sound effects and music swirling all over the room; totally enjoyable all the way. On the extras front, the first Blu-ray contains the film itself (given a generously high bit rate) along with the preexisting commentary tracks.

Blu-ray number two features everything else from the prior DVD along with a new 22-minute doc, “Jeepers Creepers 2: Then and Now” with Salva, director of photography Don FauntLeRoy, editor Ed Marx, and actor Tom Tarantini. It starts off on a very unexpected note tying the film to the aftermath of 9/11 (which hit shortly after the first film's release), then covers a wide array of subjects like the out of left field Hitchcock influence (from Lifeboat) and the challenges of shooting so many actors in a very confining location. The always enjoyable Wise gets a spotlight at last with the 15-minute “A Father’s Revenge,” explaining how he was cast after prior Salva films and stepped in after another actor had to leave ("I don't wanna mention any names, Randy Quaid!"), while also revealing how his character was intended to return in an earlier version of the third film in the series. Finally, “Don’t Get Off the Bus” brings back Tarantini with new contributions from actors Thom Gossom Jr. and Diane Delano for a 21-minute look back about the collaborative nature of the production, the room to discover characterization among the cast, and the fun of playing "a ballsy bus driver."