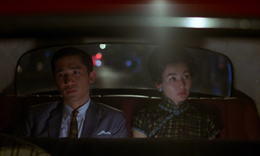 In 1962 Hong Kong, newspaper man Chow (Leung) and his wife move into an apartment where another couple by chance is also settling in down the hall. Left alone to unpack due to his wife's perpetual absence, Chow strikes up a silent rapport with the other couple's female half, Li-zhen (Cheung), a secretary whose husband also leaves her constantly in solitude. They pass each other on the stairs and in the hall, but significant clues lead to an encounter in a noodle shop where they realizes their respective spouses are having an affair. The tentative friendship which blossoms between them, indicating a potential for passion which may never erupt. 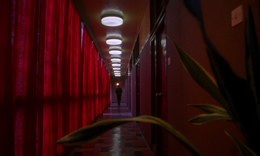 Originally planned under the title Summer in Beijing, this evocative drama continued the string of Wong Kar-wai masterpieces named after pop standards (e.g., Happy Together, As Tears Go By). Though the director already enjoyed a solid arthouse and cult reputation, In the Mood for Love garnered his widest mainstream acclaim (still to date) thanks to its dizzying atmosphere and the star power of its two leads, a period dressed pairing made in movie heaven.

The succulent, dreamy air of In the Mood for Love would make it a memorable film on its own, but the perfectly timed physical and emotional steps performed by the two leads elevate to the status of a classic. The marriage of camerawork, color, and thespian nuance create a hermetic world in which love and sex rarely collide. Furthermore, the suppressed and ultimately doomed battle between the heart and social morality recalls Edith Wharton, though Kar-wai's approach far surpasses the similarly-themed The Age of Innocence, filmed in a visually lush but ultimately minor attempt in 1993 by Martin Scorsese. Here the Wharton principle is carried through perfectly thanks to the film's understatement and deliberately hypnotic pace, which may be off-putting to some viewers. As with the director's previous efforts, the refusal to conform to standards of genre and plotting results in some fascinating new experimental effects. He leaves open gaps in his story for viewers to fill in their own details, an approach which pays off here with breathtaking results. The haunting coda in particular has a peculiar resonance which lingers in the air far longer than the smoke from the characters' omnipresent cigarettes. 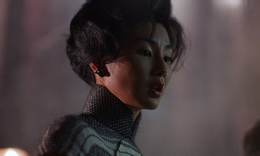 In the Mood for Love was one of the first films whose overseas DVD releases became hotly-traded items before it ever hit theater screens in America, thanks to a non-anamorphic release from Mei Ah. (Its erratic English subtitles didn't help, ignoring all of the written onscreen intertitles or text. In the UK, Tartan issued a single-disc version with minimal extras, followed several months later by a two disc set loaded with supplemental features. These bonuses were carried over in the US to the Criterion two-disc DVD set soon after, which boasted the trump card of a better anamorphic transfer. English subtitles are optional, and the audio options include a 5.0 mix (which sounds nice and spacious) and the theatrical 2.0 mix. (For some reason the Mei Ah disc contained a 5.1 track that never really used the subwoofer and sounds much less textured than the Criterion one.)

The 2012 Blu-Ray edition from Criterion improves in all the expected areas given the major progressions in transfer technology; it looks similar to but a bit cleaner than some of the director's other HD releases out there both in the US and abroad, albeit with a somewhat darker and sometimes David Lynchian color palette at times. The Cantonese track is presented in DTS-HD 5.1 (still basically the 5.0 version) with optional subtitles. Extras carried over include deleted scenes (including an alternate ending and a fascinating '70s sequence jettisoned from the final assembly), a 22-minute interview reel with Wong Kar-wai, a terrific 53-minute documentary involving the director's painstaking creative process (which reportedly drove the actors nearly mad), an assortment of teasers, TV spots, and trailers from Hong Kong, France, and the US (the last scored with Bryan Ferry's rendition of the title tune), a 15-minute press conference interview with Kar-wai, the 18-minute international press kit reel, a 43-minute Tokyo International Film Festival conference with Cheung and Leung from 2000, and finally, "Hua yang ne nian hau," a lyrical montage of archival nitrate material from Hong Kong cinema assembled by Kar-wai. (For the record, the text- and still-based extras from the previous release not ported over include a text essay about the director's work entitled "The Searcher," a written study of 1960s Hong Kong by Gina Marchetti, a study of the source music and score used in the film,cast and crew bios, and a gallery of preliminary poster art and the final promotional artwork from around the world.) An engrossing and sumptuous masterpiece worth revisiting in an even more technically outstanding edition.