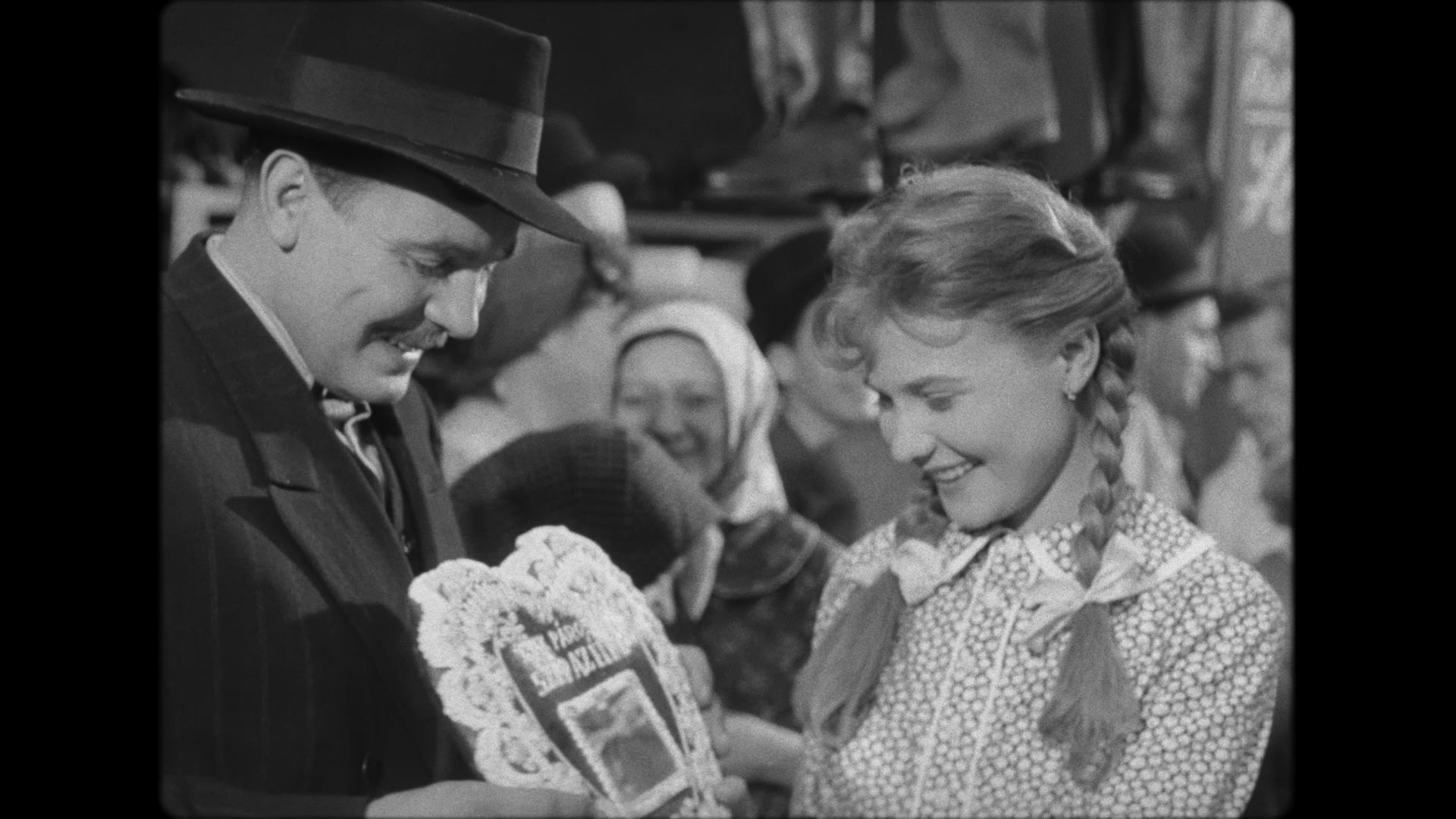 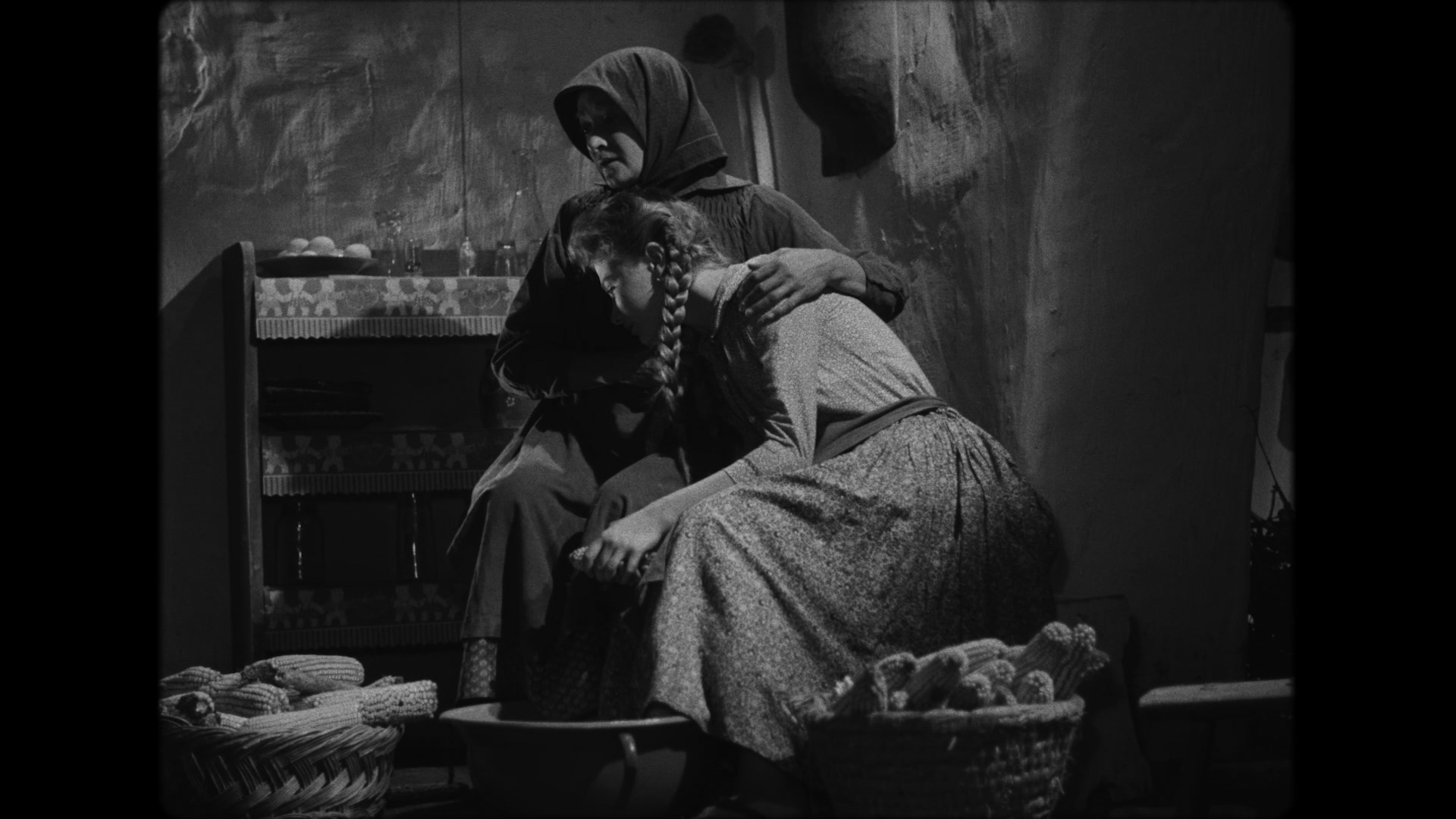 U.K. label Second Run ups the ante with its three-film Hungarian Masters Blu-ray set featuring a great sampler of vital works spanning a 15-year period starting in 1955. All of them have been fairly difficult to see outside of repertory screenings, which makes their availability here a real cause for rejoicing for fans of world cinema.

First up is an early international crossover success, Zoltán Fábri's Merry-Go-Round (Körhinta) from 1955, which was warmly received at Cannes and earned a U.S. theatrical release on the art house circuit in 1958. 18-year-old Mari (Töröcsik) falls in love with farming collective worker Máté (Soós), a development that doesn't sit too well with her father (Barsi)'s plans to marry her off to independent farmer Sándor (Szirtes) without her consent. It's a slight but effective story blending romance and political commentary without going overboard on either, helped significantly by Fábri's assured direction including a much-celebrated sequence on the title ride that must have been a logistical nightmare to execute at the time. 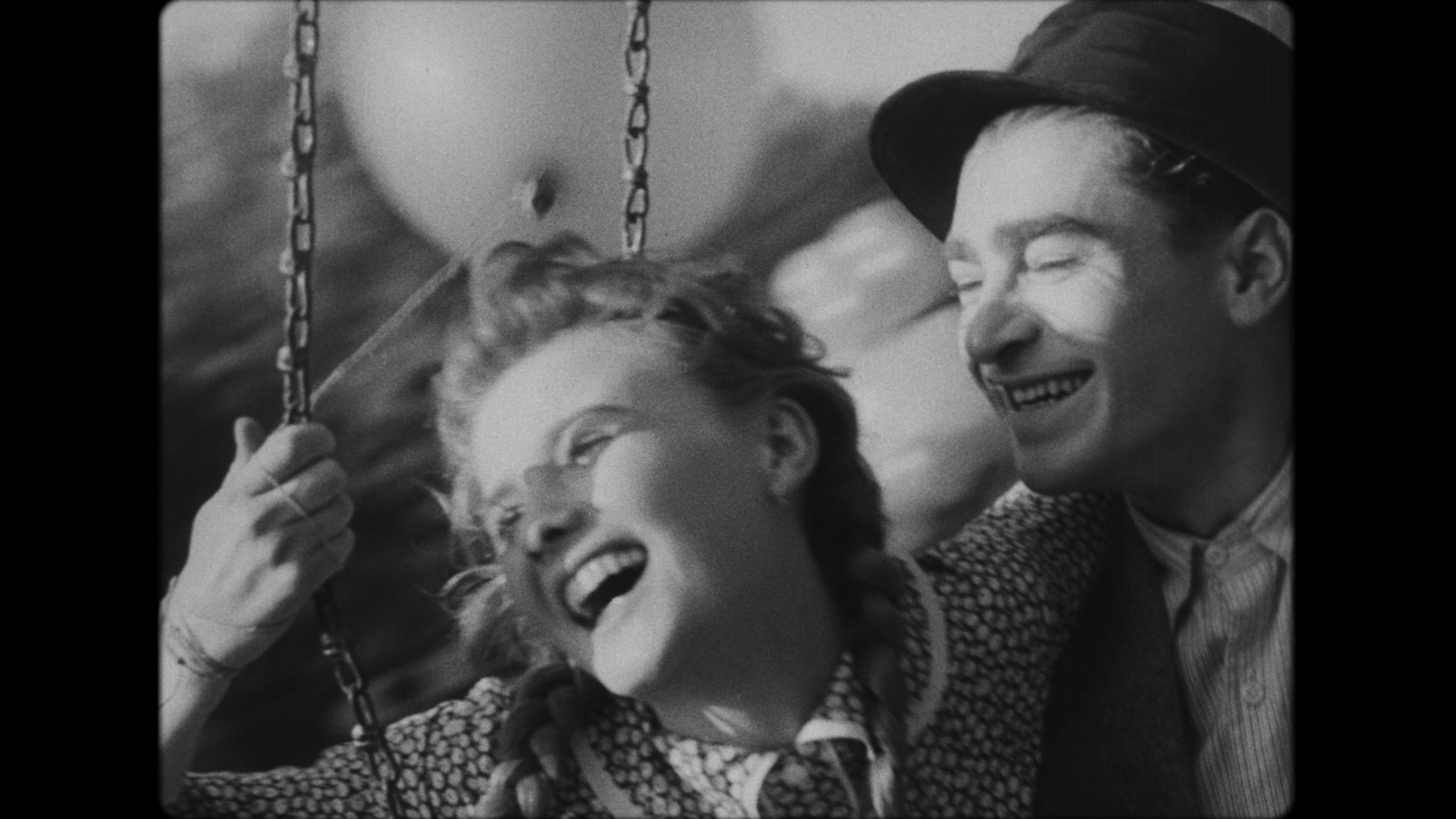 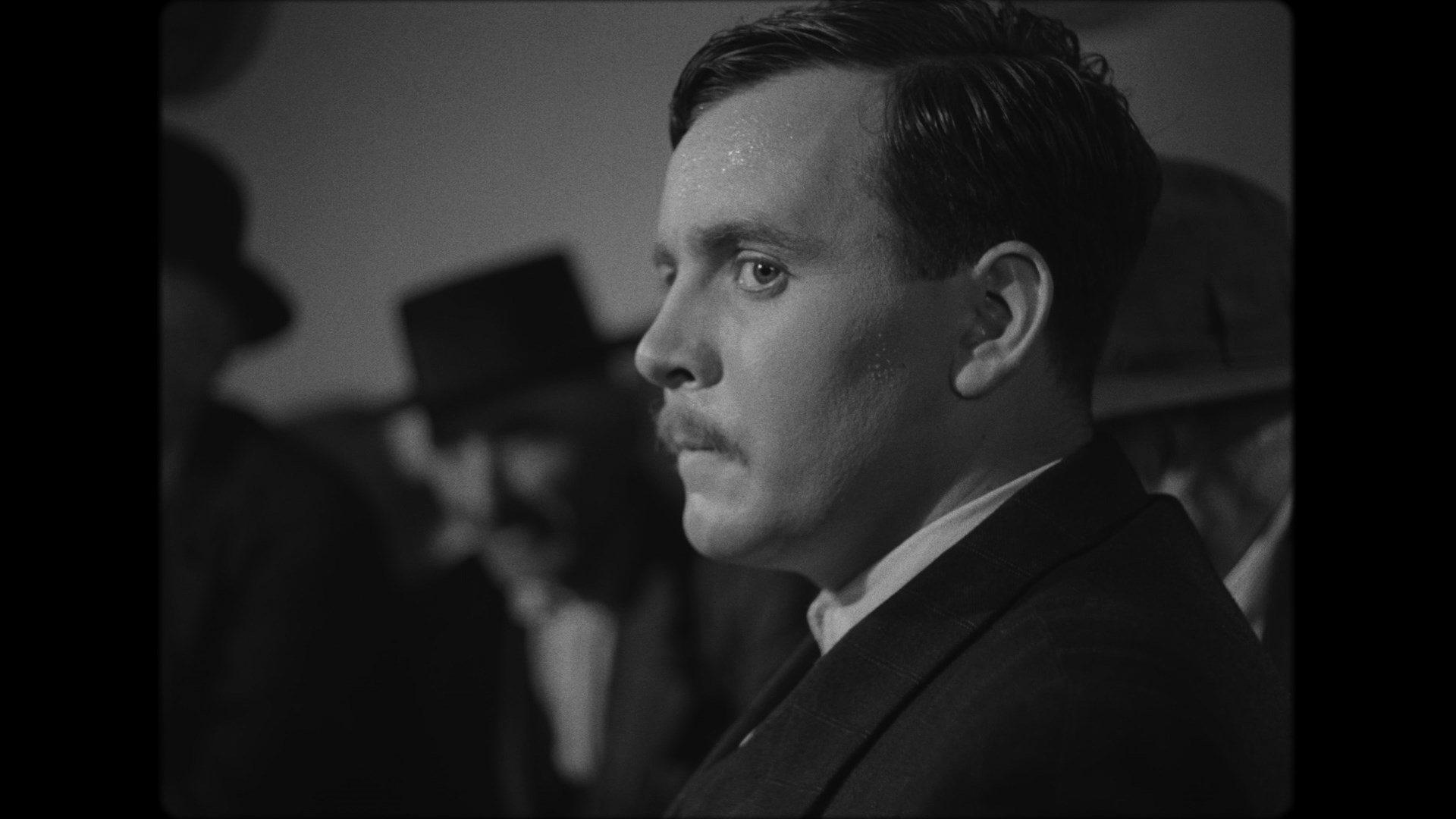 superb in its global Blu-ray debut here with a sparkling 4K restoration by Hungary's National Film Institute Film Archive. It's hard to imagine this looking much better as the appearance here is immaculate with natural film grain, excellent contrast and detail, and no significant damage in sight. The LPCM Hungary mono track is also in terrific condition, as with the other two films in the set, and new and improved optional English-translated subtitles are provided. "István Szabó on Zoltán Fábri" (11m19s) features the filmmaker recalling the eye-opening experience of seeing the film for the first time (as well as a shout out by Francois Mitterand), the role of cinema in Hungary's artistic community, the humanism in the director's body of work, and the film's status in the Hungarian cinematic pantheon. Also included are a lengthy batch of (extremely well-shot) screen tests (19m8s), a look at the film's restoration (9m57s) including a fascinating dissection of how the big merry-go-round scene was achieved and some archival interview footage with the director, and a newly-created trailer. The disc also comes with an insert booklet featuring liner notes by Jim Cunningham, who offers a thorough history of the film, its director, the reception at Cannes and elsewhere, and the story's relationship to socialism and Hungary's strong agricultural economy. 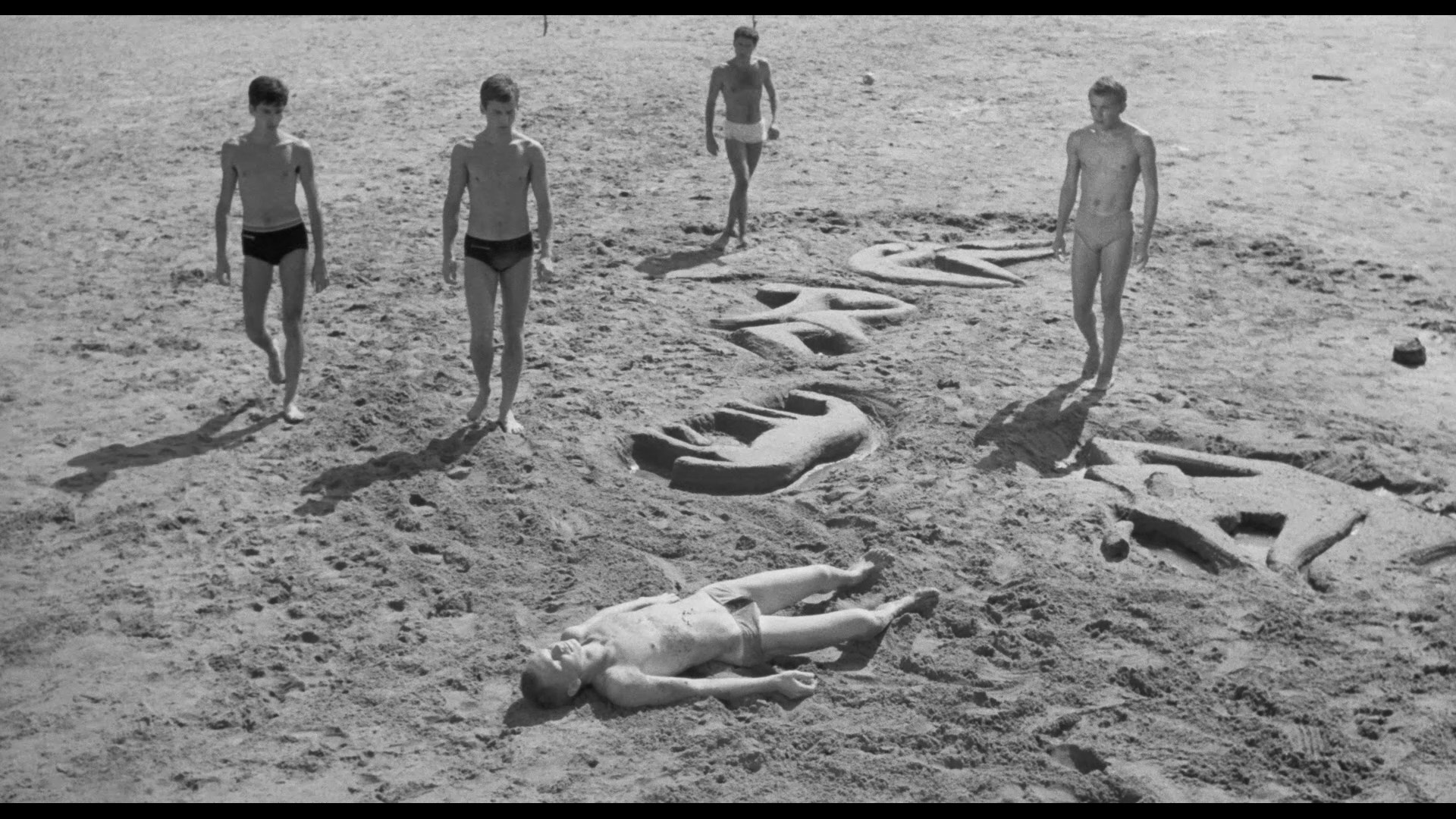 Then we jump ahead to 1963 with István Gaál's Current (Sodrásban), which 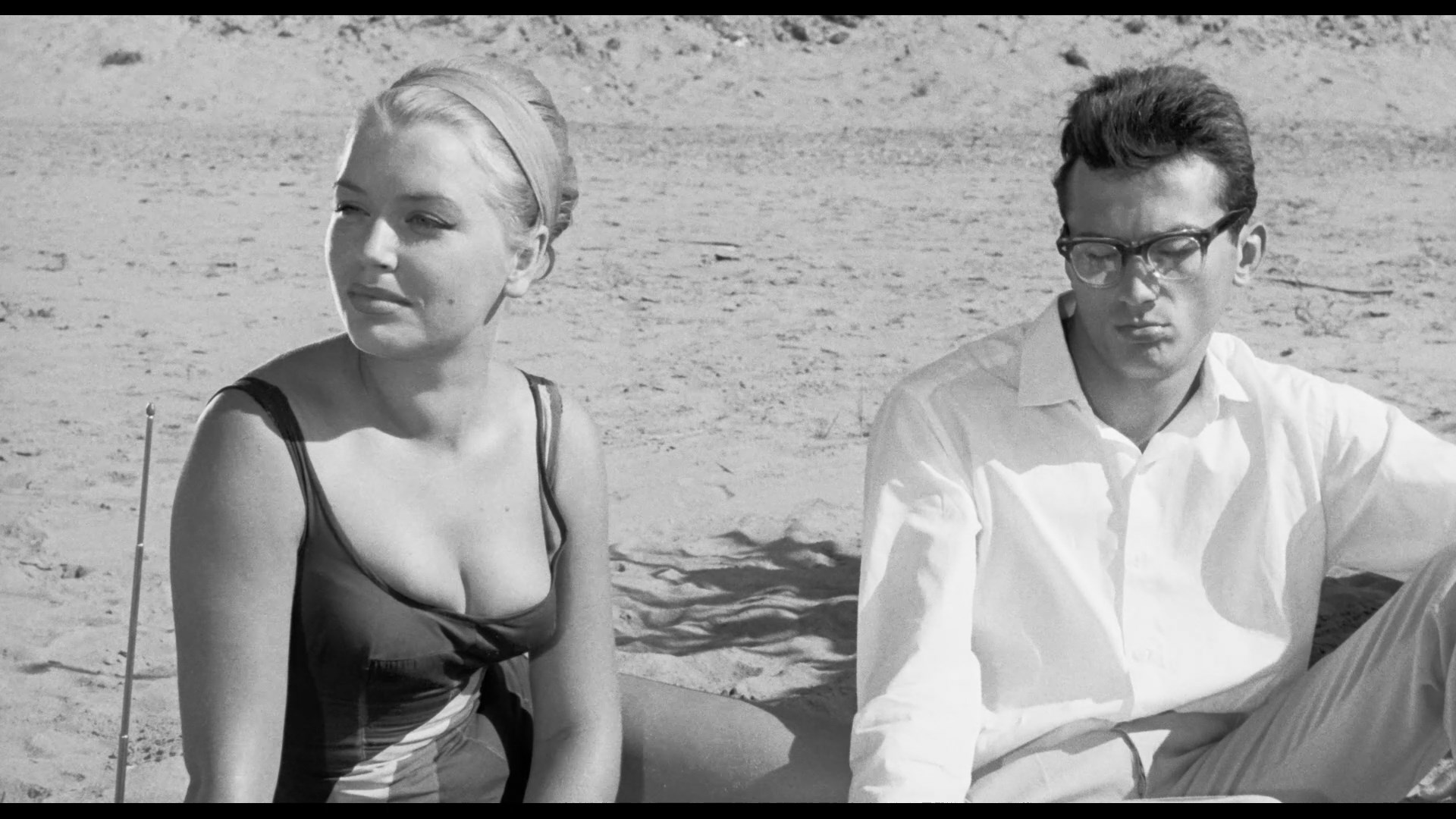 tends to be compared a lot to Michelangelo Antonioni's L'avventura released in 1960 since they both involve a group of young people coping with the disappearance of one of their own. (Rashomon gets name checked on the packaging, too, though Picnic at Hanging Rock would be a pretty good point of comparison, too.) That said, this is definitely its own beast as the film uses a cast of mostly real inexperienced students to capture a traumatic moment in their lives as they go to spend an afternoon at the River Tisza. What starts as a sunny getaway filled with swimming, verbal jousting, pranks, and flirtations takes a turn when a diving dare game leaves one of them, Gabi, missing from the group. In the aftermath their own backgrounds and career plans rise to the surface as we get to know how their different social class standings and skill sets will likely send each of them down very different courses in life.

Beautifully shot and haunting in its own summery, vaguely sinister way, Current offers a bit more closure than some of its more famous art house counterparts but still leaves you with plenty to ponder by the time the final scene wraps up. The young cast has a believable rapport that balances nicely with the more ethereal visual touches conjured up by director István Gaál, who was hailed as a driving force in the Hungarian New Wave (of which this is 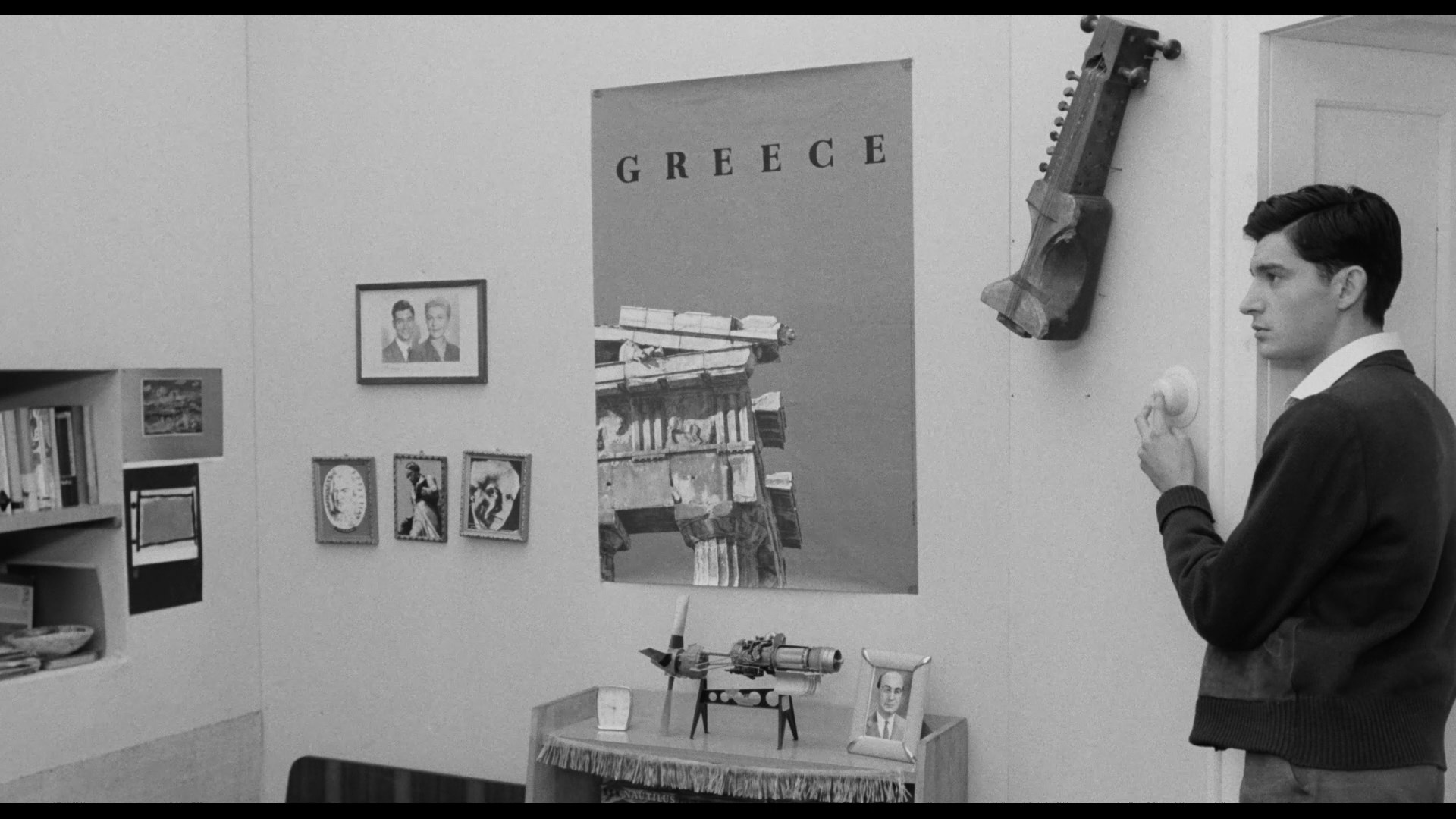 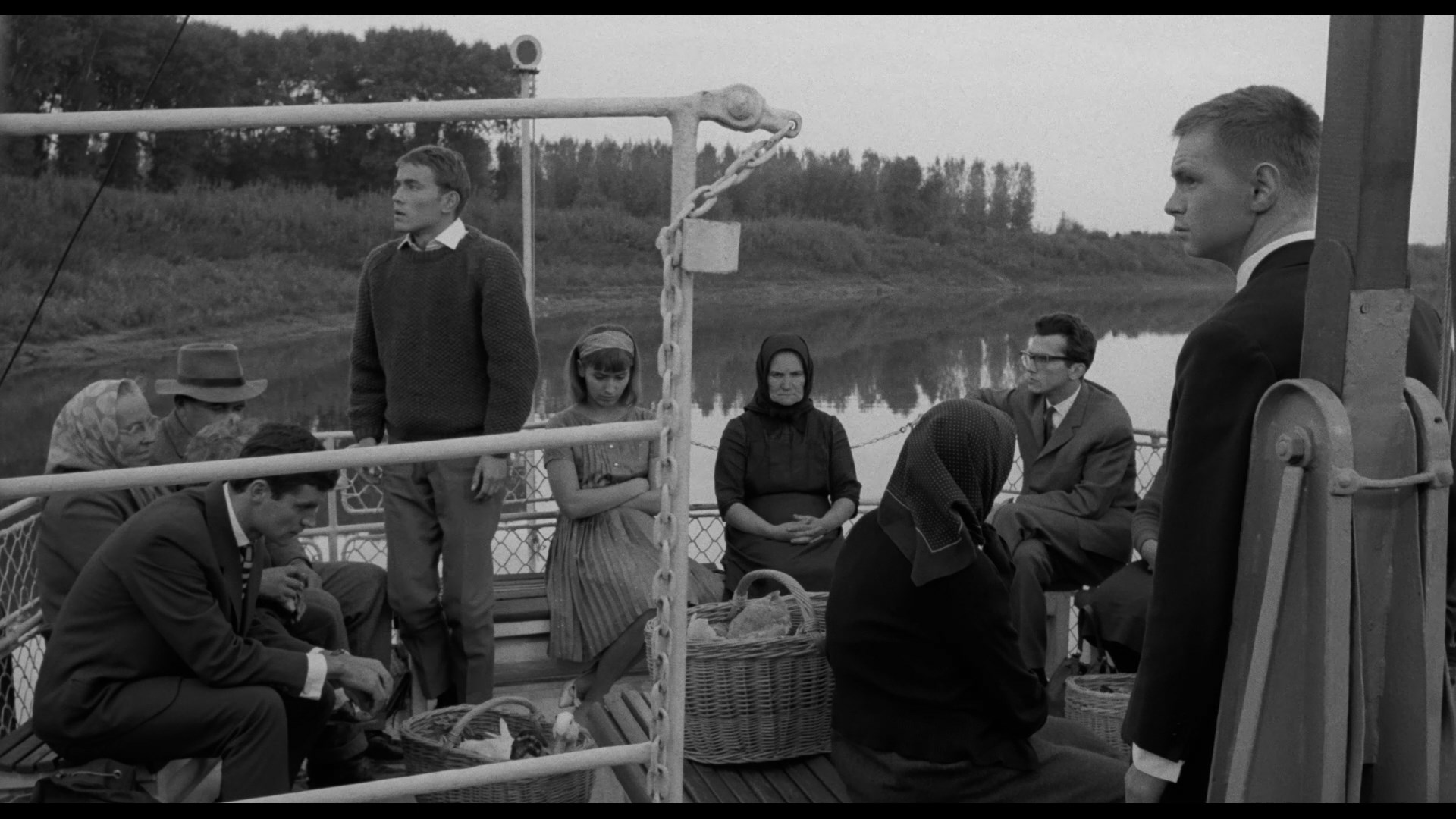 career. The fact that he initially cut his creative teeth in Italy may account for the film's frequent Antonioni comparison as well, but you can watch this on its own terms as it deals with the fleeting nature of youth in a beautifully understated and visually impressive manner that makes you wish more of Gaál's subsequent films were easier to find.

Again the 4K restoration here is extremely impressive for the film's worldwide Blu-ray debut, the first opportunity many generations of film lovers will have to see this one at all unless you could hunt down the subtitled Hungarian DVD. You also get two new video extras, both very relevant and worth watching, starting with 1962's Tisza - Autumn Sketches (Tisza - Őszi vázlatok) (17m43s), Gaál’s color short film offering a poetic snapshot of the arrival of autumn on the same river in the main feature, complete with nautical imagery that parallels Current as well. Also included is a new filmed appreciation by writer and film host Gareth Evans (16m34s); though the audio isn't great, it's a perceptive appraisal of the film including thoughts on how it could have been made today without any significant changes. A new trailer is also included along with an insert booklet with a lengthy essay by Peter Hames providing a wealth welcome info about the director's career before and after this film plus additional thoughts by Evans meant to accompany his video piece. 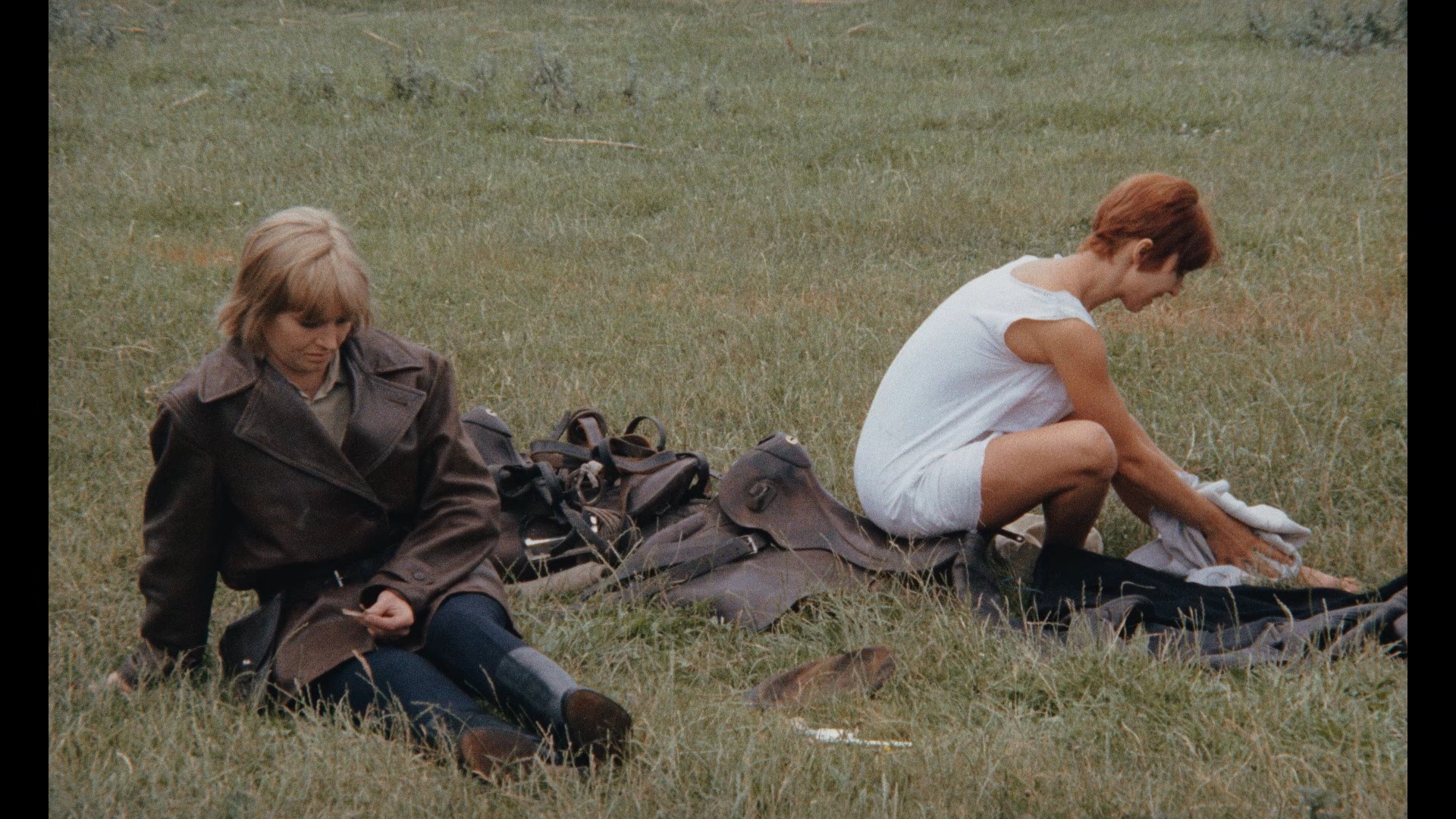 Finally we reach our 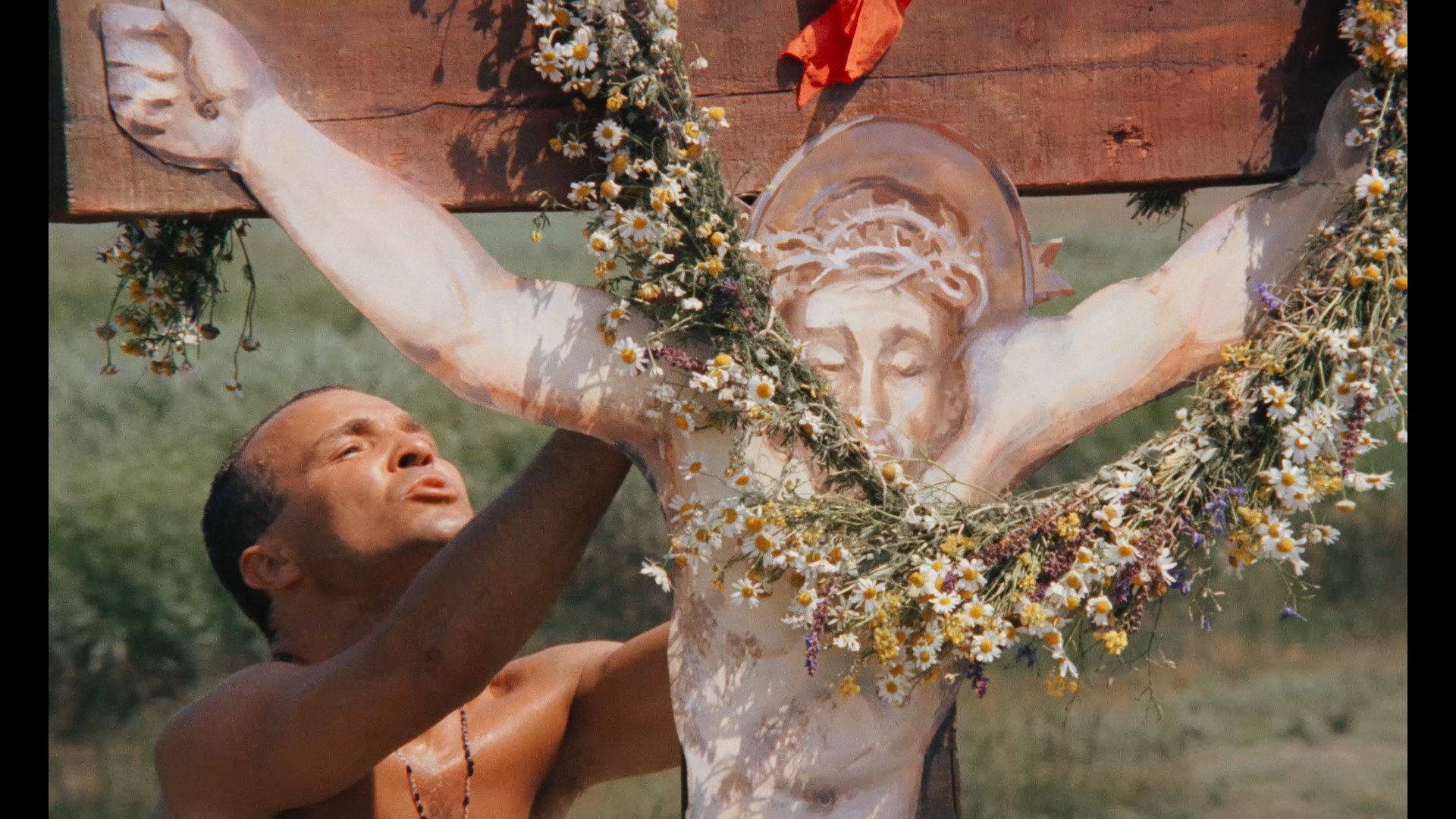 final film with 1970s Agnus Dei (Égi bárány) from the most famous filmmaker in the set, Miklós Jancsó, a familiar Second Run name thanks to titles like The Round-Up, The Confrontation, Electra, My Love, and Silence and Cry, not to mention the outrageous Private Vices, Public Virtues from Mondo Macabro. Once again his affinity for long, ambitious takes and biting political content are in abundance here for an allegorical depiction of Hungary's 1919 upheaval (also the setting for Jancsó's masterpiece The Red and the White as well as Silence and Cry), this time set on a more intimate scale looking at the destructive involvement of the Catholic Church in the dual revolutions that took place. Still regarded as something of a footnote in the director's work despite its audacious technical achievements, the film takes place during the short-lived existence of the Republic of Councils of Hungary, a Soviet-engineered attempt at a new Communist state that becomes a battleground between socialist soldiers and dogged fundamentalist Father Vargas (Madaras). Along the way the sympathies of the villagers are pushed and pulled between whoever grandstands the loudest, creating an atmosphere of tension and chaos. 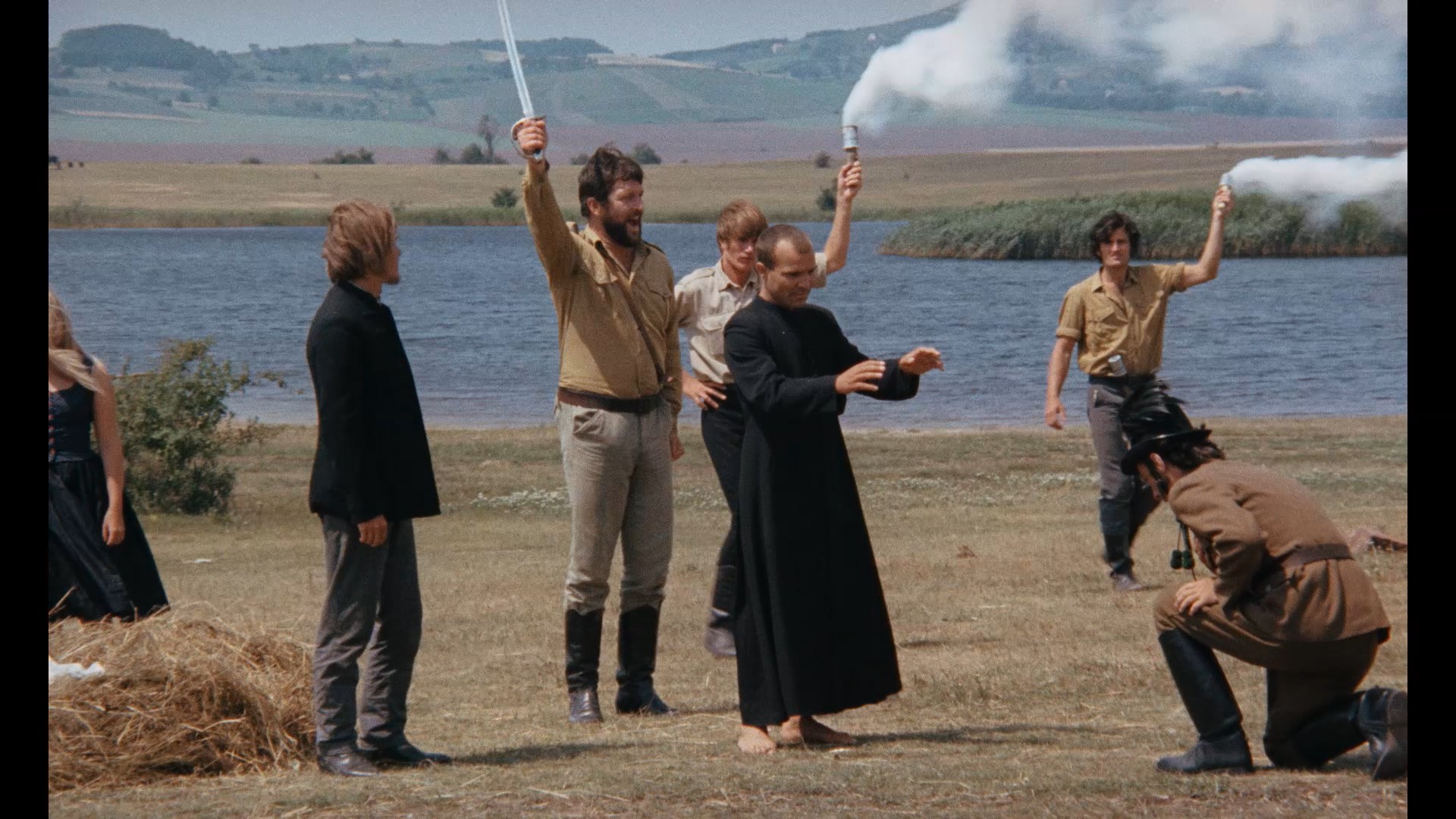 This will probably be the least accessible film for newcomers as it operates on a largely symbolic level with the actors serving as ideological mouthpieces, but it's also a great showcase for Jancsó's 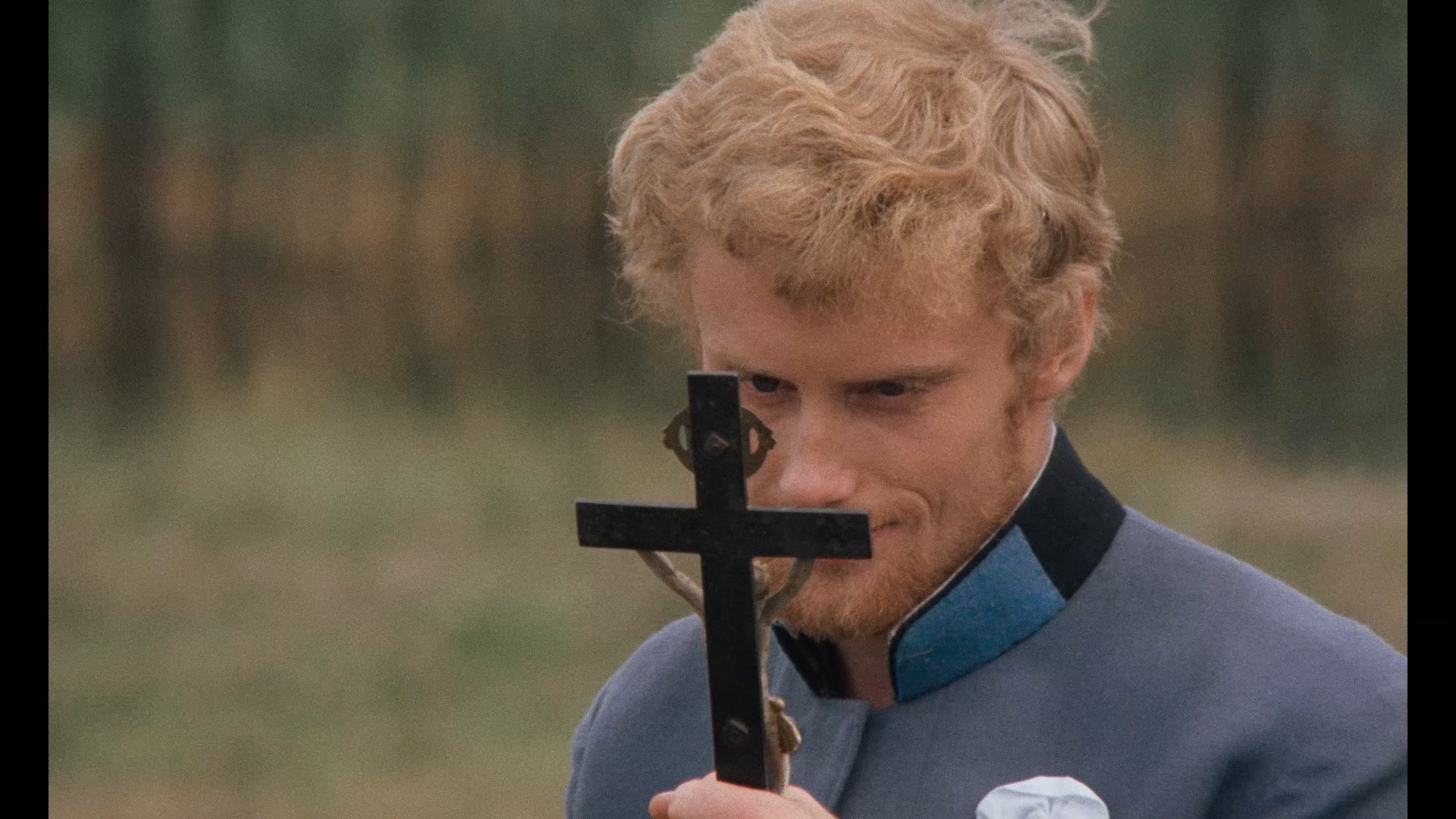 dynamic visual style that was really kicking into overdrive around this time. His trademark use of bright sunlight and bold colors is in evidence here as well, with Madaras obviously getting th spotlight here with another of his bold performances for the director after his breakthrough role in The Round-Up. The relaxation of censorship standards also allows for a large dose of casual nudity here (largely the basis for the "15" rating on the box as well as the cover art), something that would also evolve quite a bit in the director's later work on a more sexual level. Again the restoration here is a real beauty and shows off the one color film in the set to great advantage here; some of the color timing on past Jancsó releases has been a bit questionable, but this looks great with natural flesh tones and blue skies in abundance. The one video extra here is an archival interview with Jancsó (1987) (9m23s) covering the director's early experiences in film during the Stalin era and the freedoms (or lack thereof) he experienced as a filmmaker during and after the Hungarian New Wave, as well as his own attempts to forge new ground artistically and politically in his work. The insert booklet features a new Tony Rayns essay, "The Bloodless Lambs," examining the director's similarities to Pier Paolo Pasolini (and similarities to Salò ), the necessary historical background, and the implied statements about disposable populations within the narrative and the title itself.