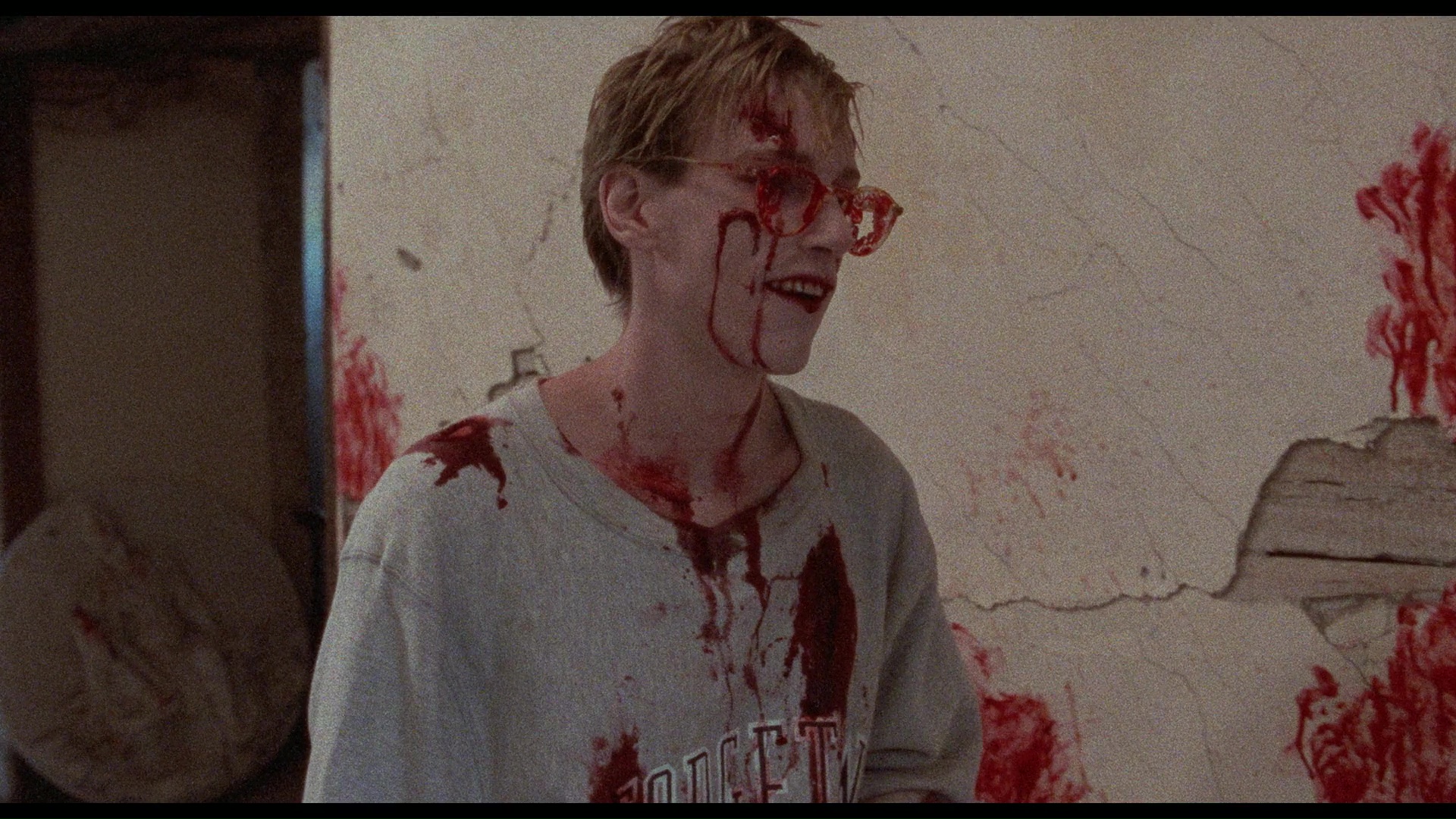 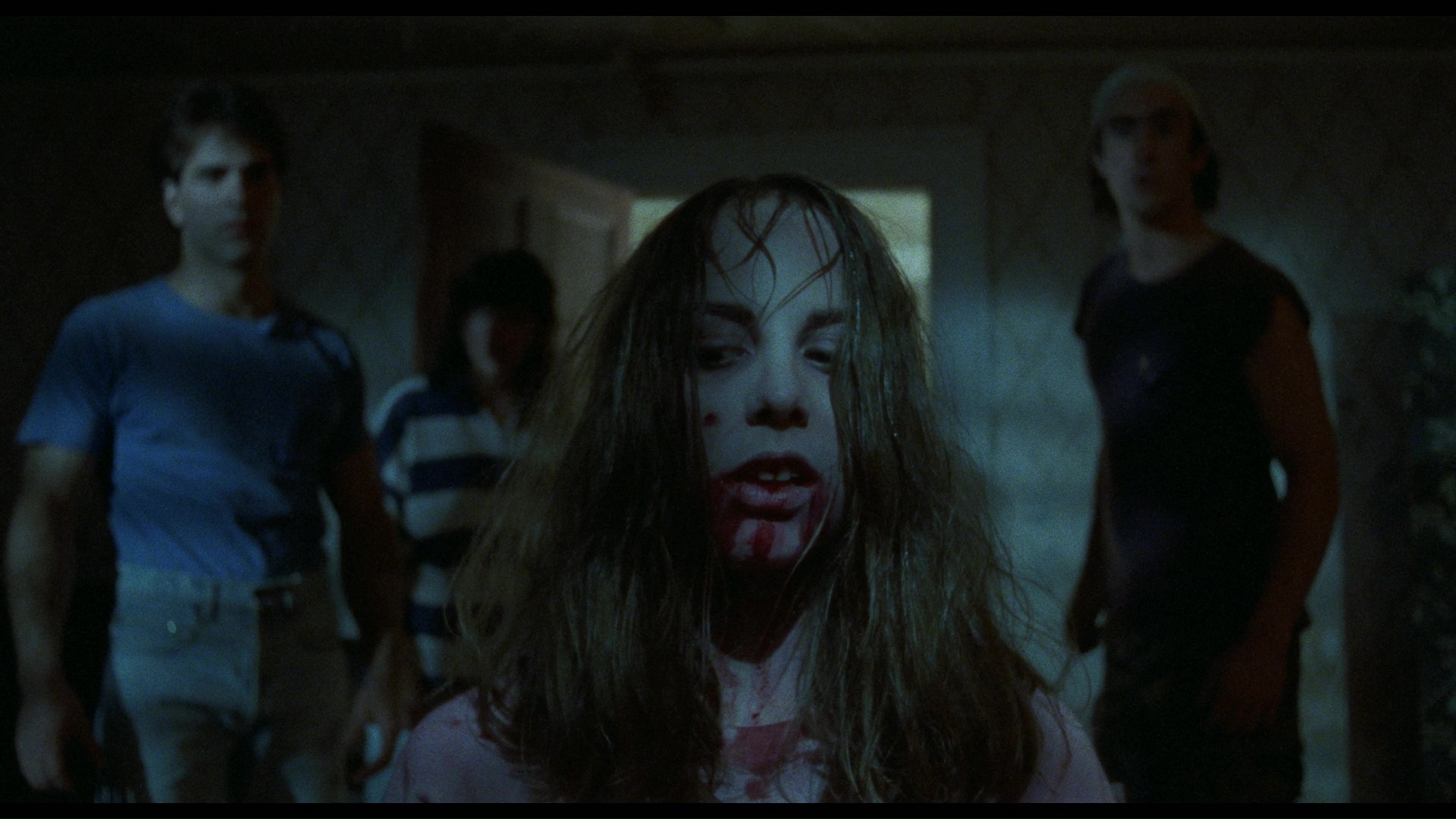 the fascinating roster of indie horrors picked up by Troma and given a misleading marketing campaign, the upstate New York production now released as The House on Tombstone Hill managed to confuse a lot of viewers in the '90s when it turned up on VHS (and later DVD) as Dead Dudes in the House complete with goofy art featuring nobody in the actual film. Though there is some humor here, it's really a gory, straight-up zombie film with a barrage of nasty death scenes and a winning regional sensibility that makes it easy to appreciate today. Even weirder, neither of those is the original title; upon completion it was called The Dead Come Home, the title actually present on the Vinegar Syndrome dual-format Blu-ray and DVD release transferred from the original 16mm camera negative. Miracles do happen, and having this undervalued cult item in waiting in prime quality is a little blessing for horror movie fans looking for something new.

On a bright and sunny weekend afternoon, seven friends trek out to the middle of the countryside where Mark (Gibson) has scored a deal on a large, dilapidated house he intends to whip back into shape. They're all there to scope the place out and do some cleaning, but unfortunately they also end up vandalizing the tombstone of its previous owner, a murderous old woman who comes back from the dead with bloodlust on her mind. Soon the halls are stained with blood as the five men 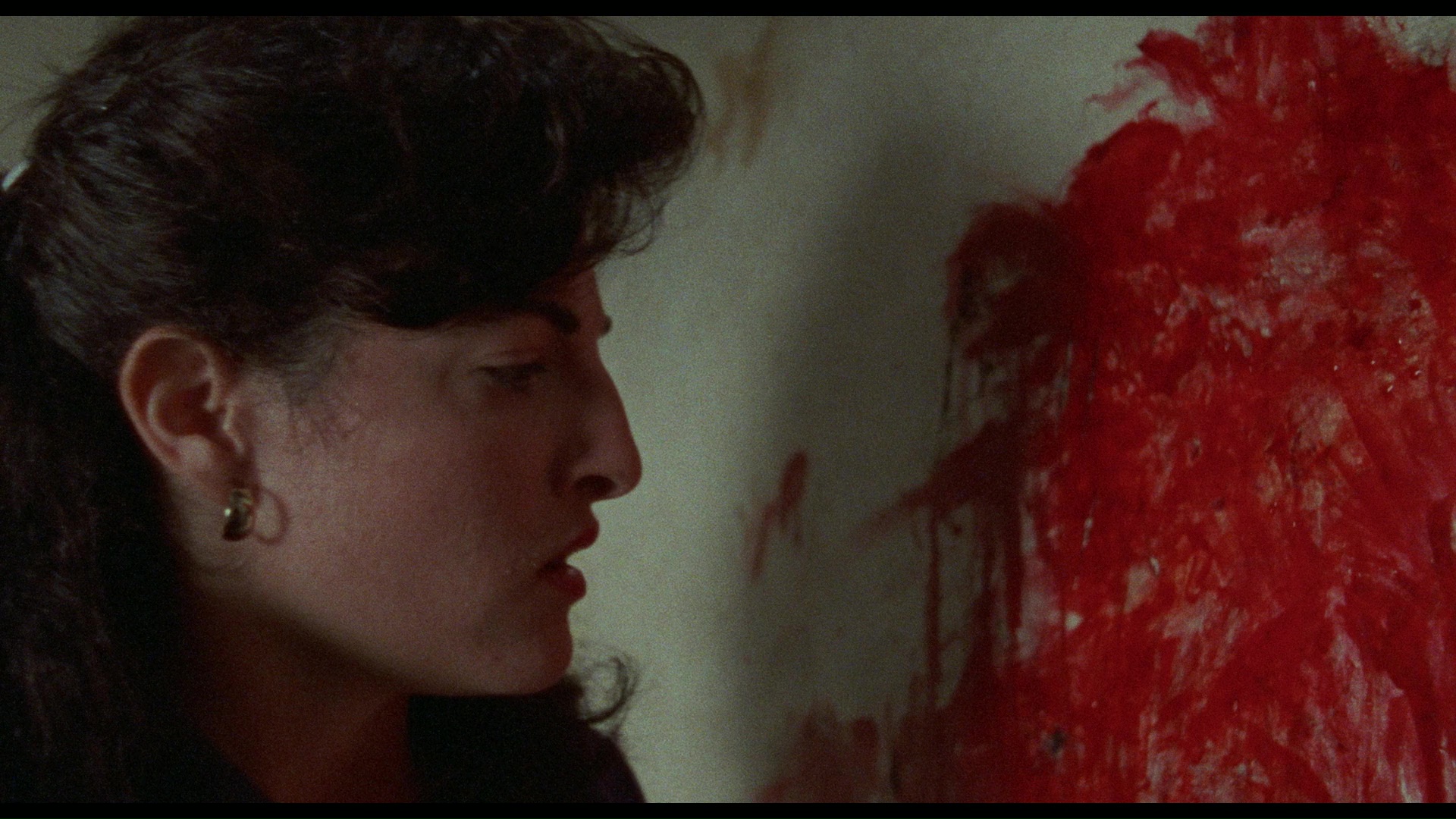 and two women are picked off one by one, only to return as homicidal members of the undead themselves. 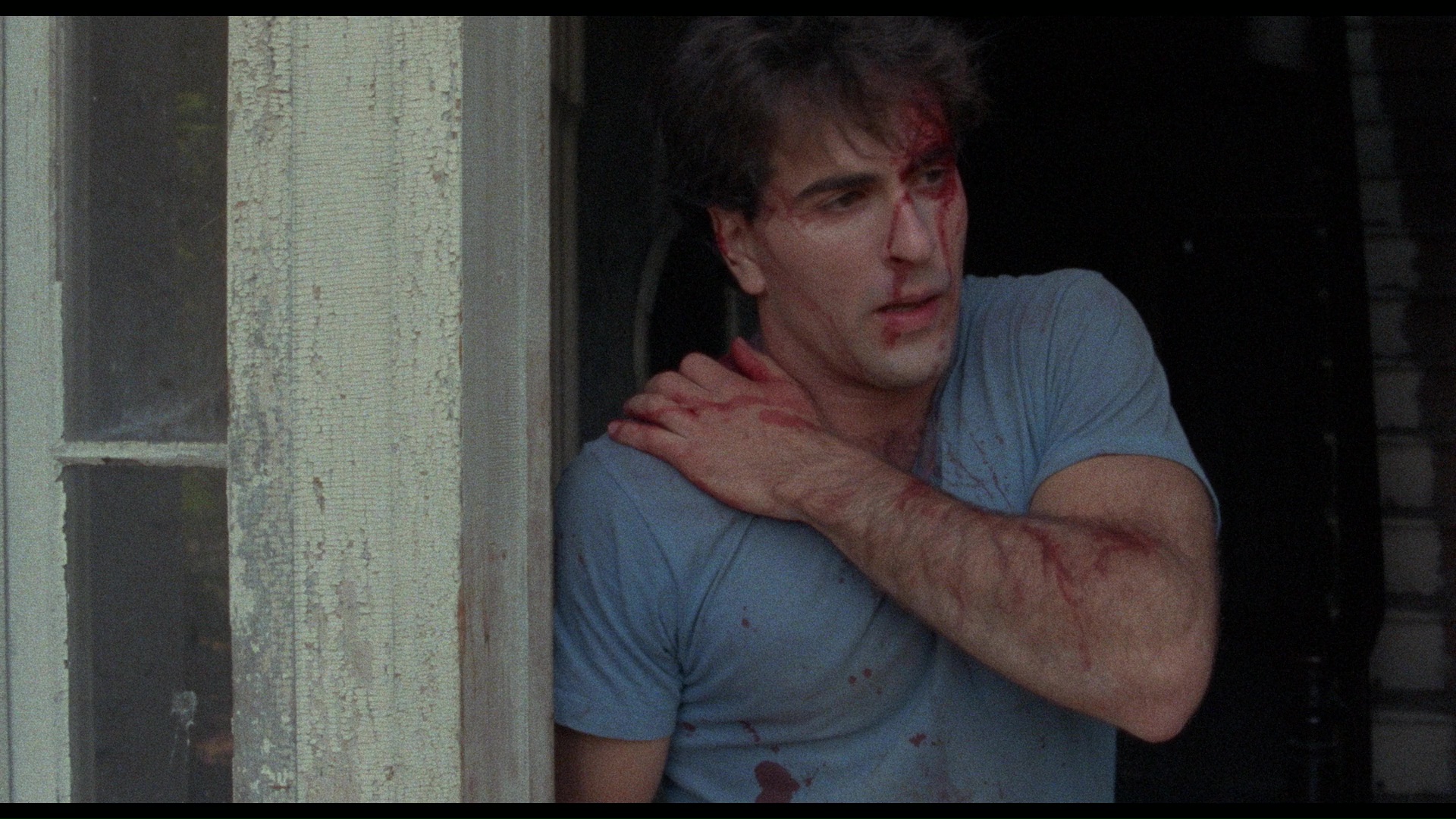 Imagine a cross between Ghosthouse and Vinegar Syndrome's own Demon Wind and that should give you an idea of what to expect from this one, which is very light on plot but heavy on the splatter gags and surreal atmosphere. The wind had mostly gone out of the sails of theatrical horror films by the time this one was finished, which is a shame as it would have absolutely killed among the young VHS crowd with a better title a few years earlier. The cast actually isn't bad either, with Victor Verhaeghe getting some especially fun bits as a Chris Meloni-esque tough guy who ends up doing karate with his guts hanging out. The fact that the cast is mostly male makes for an unusual change, too, with the story essentially whittling closer to a final boys scenario than what you'd expect. Also props to leading man Mark Zobian (as good guy Ron), who undergoes a barrage of physical abuse in the final stretch that would make Bruce Campbell nod in appreciation. Of course, the real star here is the practical effects by Ed French (Blood Rage) and Bruce Spaulding Fuller, complete with bodies being punctured by broken window glass, screwdrivers, knives, axes, saws, and just about anything else sharp or pointy in sight.

As mentioned above, this is a film that never looked even remotely good on home video until now. The label's track record with pumping new life into neglected genre fare 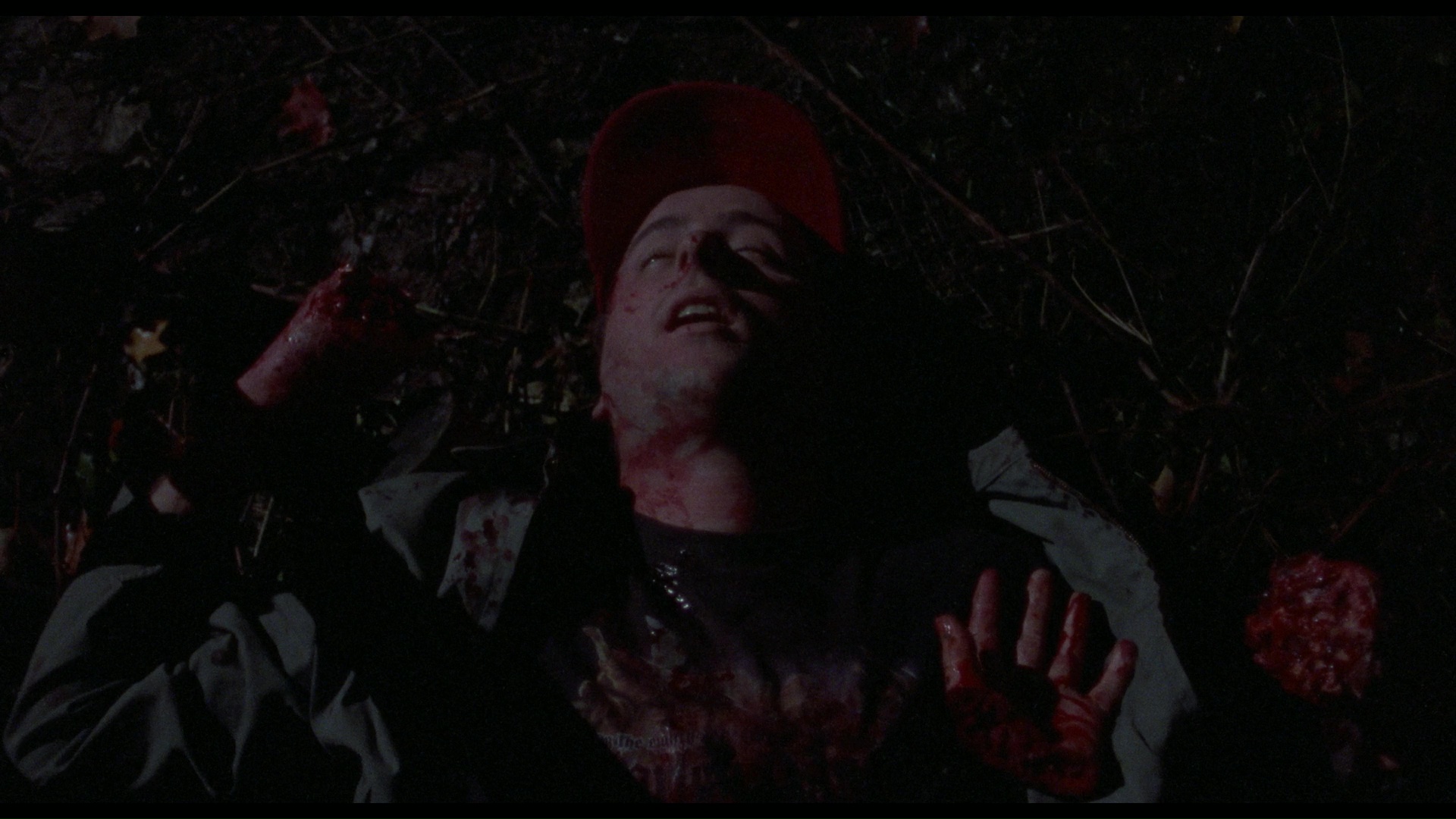 continues here with flying colors, bringing out layer after layer of detail and ambiance completely smothered in past releases. The dark final 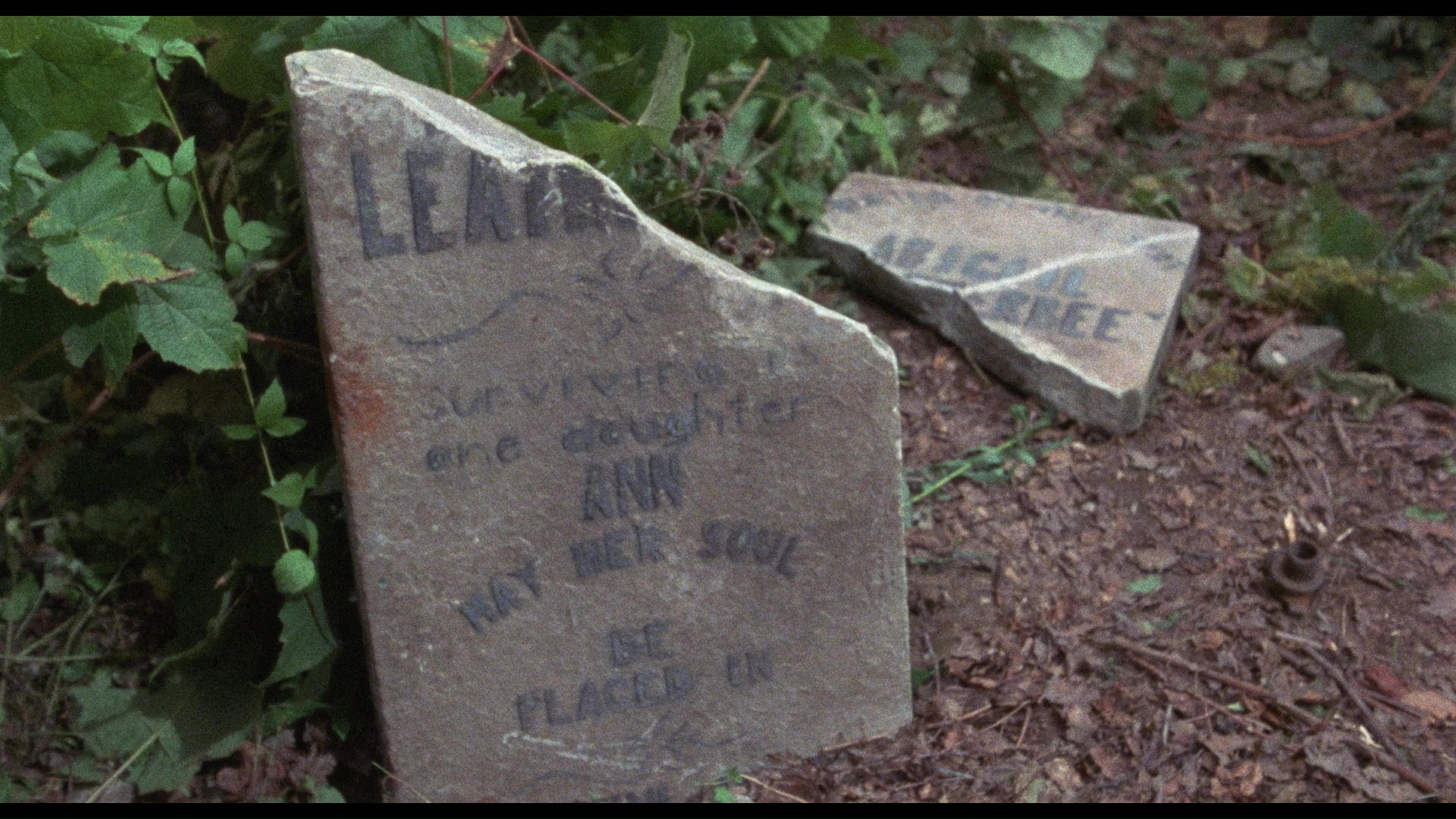 third (shot at night, natch) is much grainier, but that's been left in its natural state. The DTS-HD MA English mono track is also much clearer and punchier, with optional English SDH subtitles provided. In the entertaining “Three Dead Dudes” (29m14s), Zobian, Verhaeghe and Gibson are interviewed separately about getting hired for the film and making it under cheap circumstances, with Gibson happily accepting the role of the old woman as well (under a ton of makeup). They also touch on the original scripted title (The Road), the ridiculous poster art, the location in Cherry Valley, the carpenter day job that came in handy for two of them, and the feeling of smacking someone repeatedly with latex gloves. An audio interview with director James Riffel conducted by Chris Poggiali (42m28s) via phone is worth a listen, too, for a detailed recollection of how he stumbled on the house (which was going to be turned into a bed and breakfast), screened the film a few times, his background in instructional films, and the challenge of recouping an indie budget at the time, among many other topics. Finally a behind-the-scens gallery (4m3ss) comes loaded with great shots from Zobian's personal collection including lots of grisly cutting up and a cute doggie chomping on what looks like a fake finger. A limited edition slipcover option is also available. 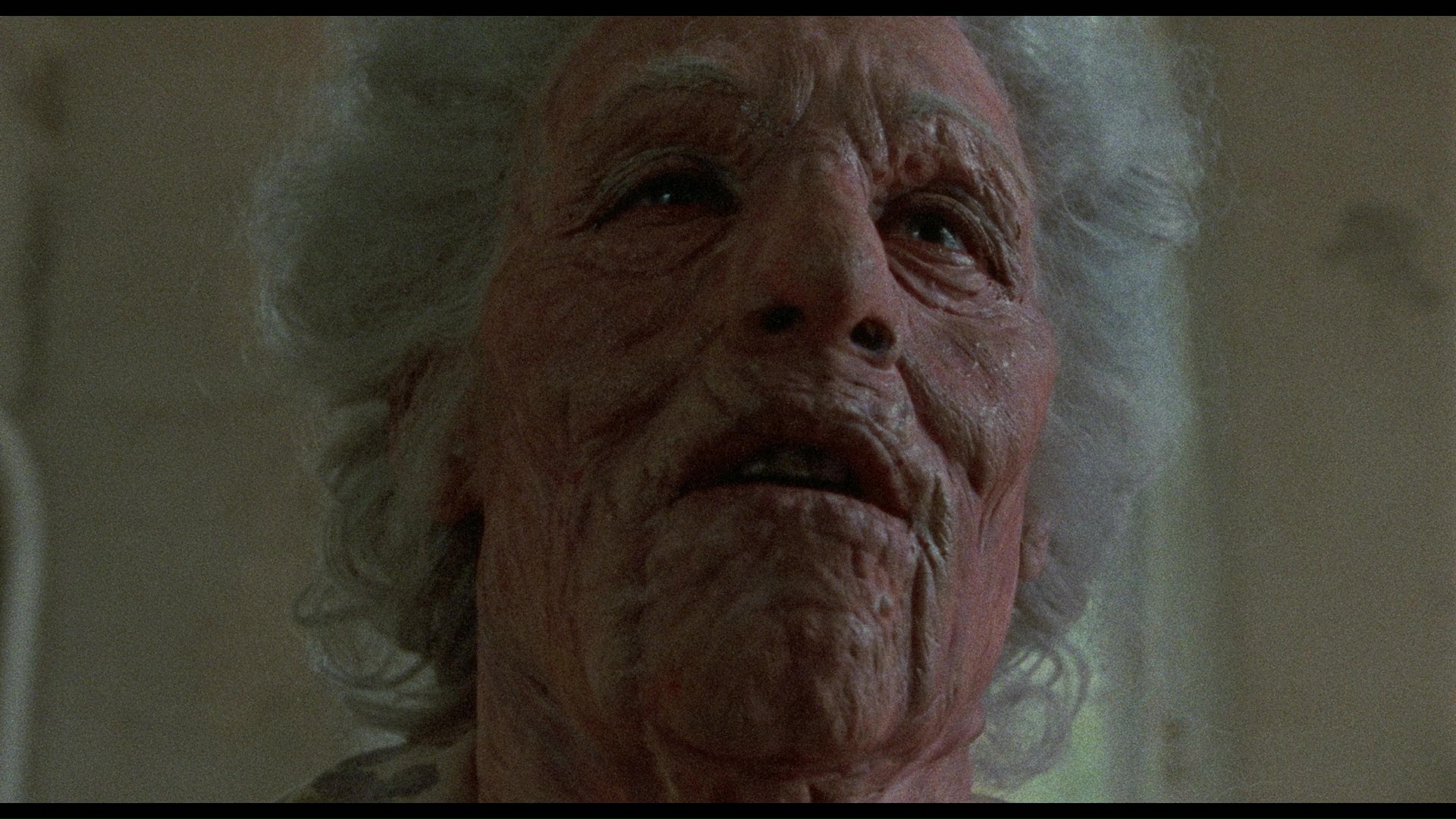 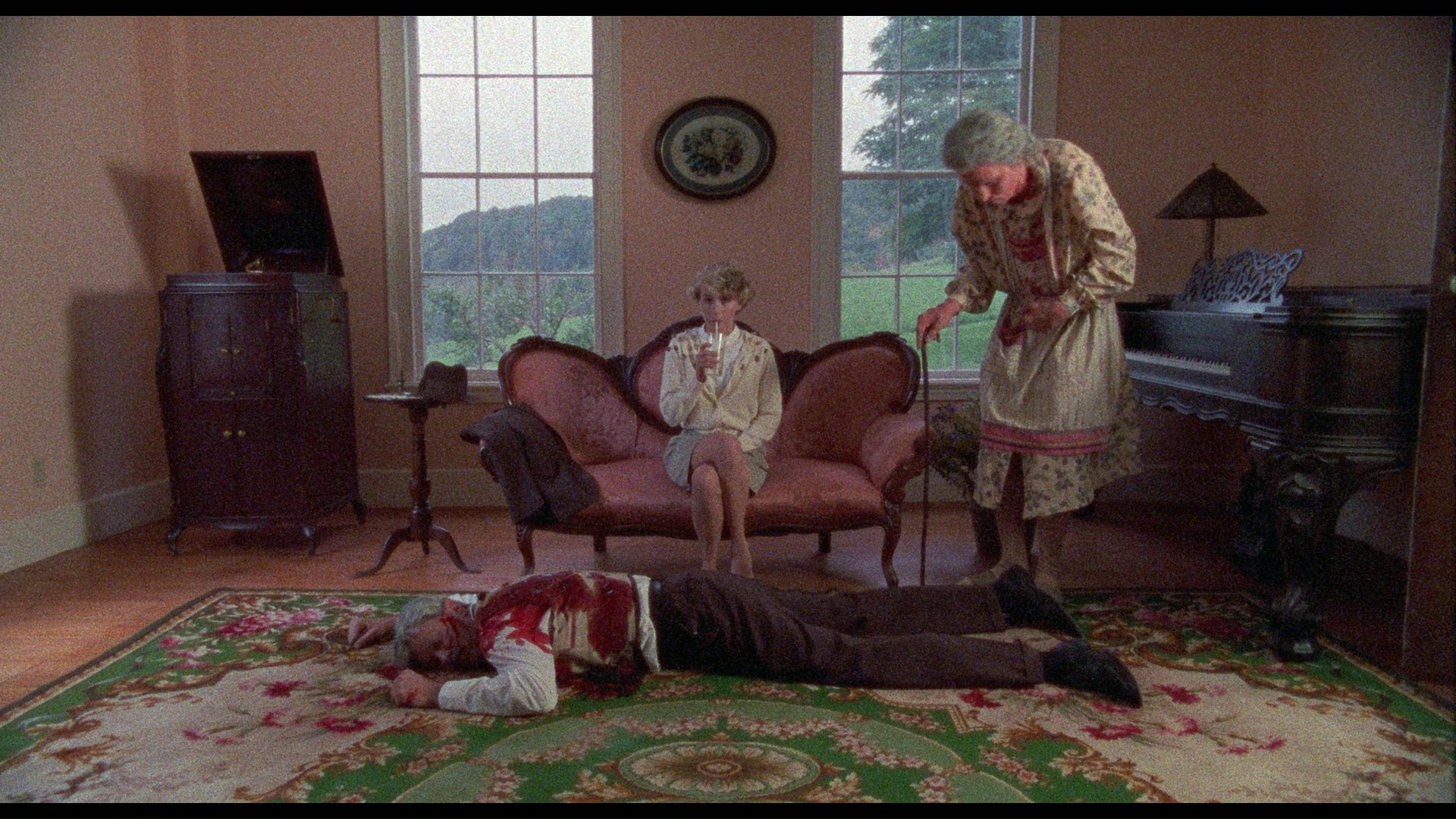 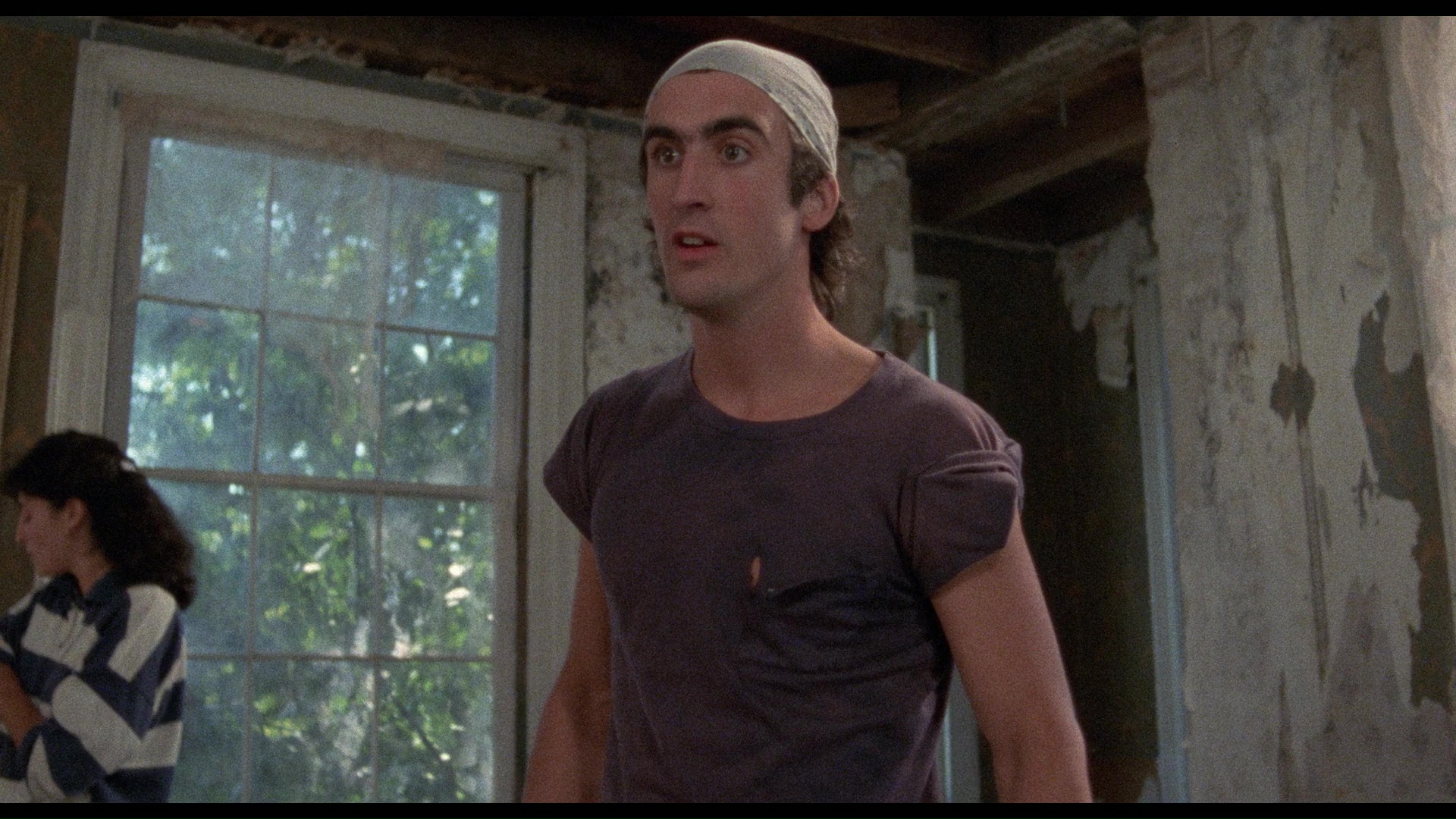 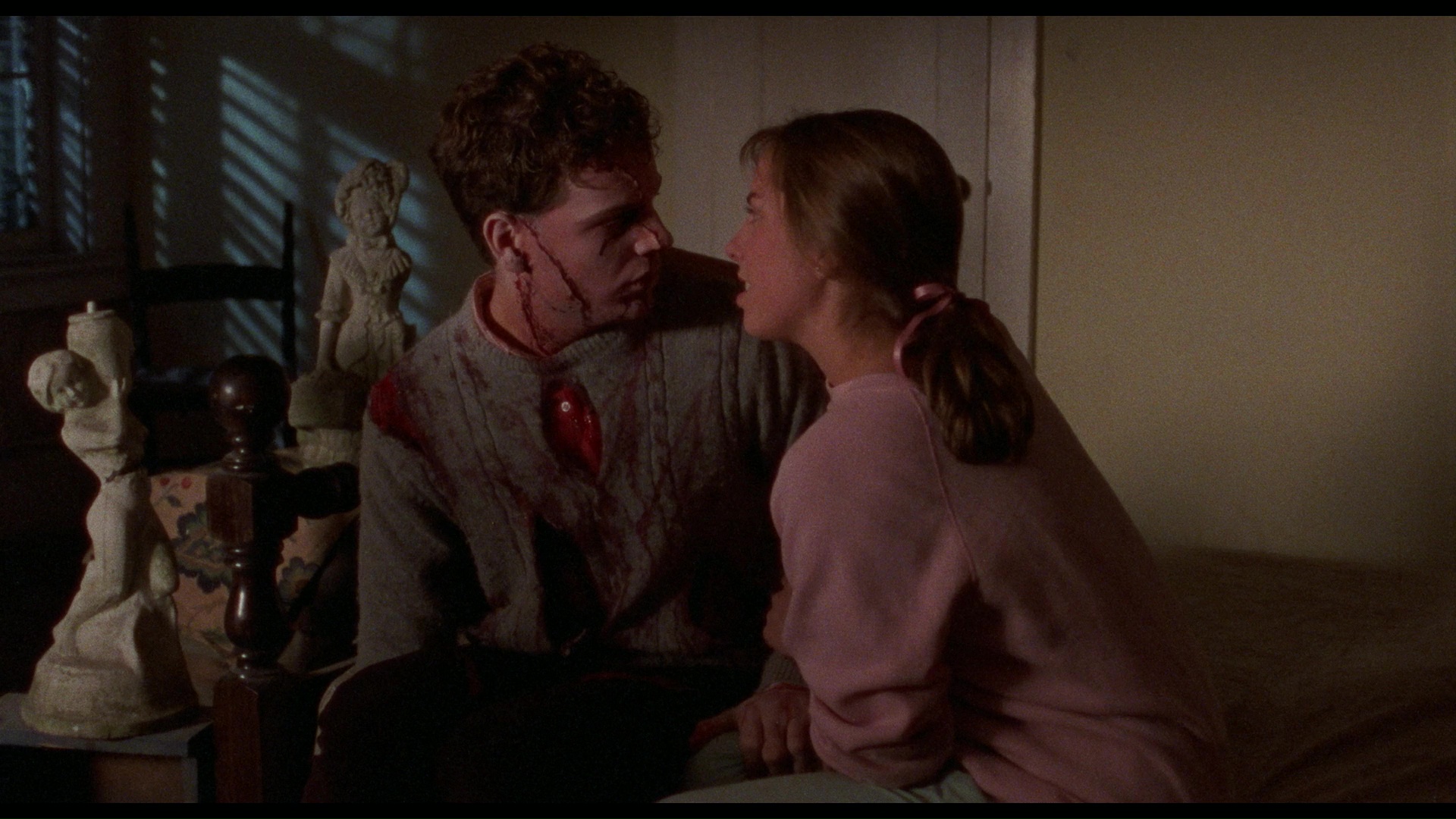 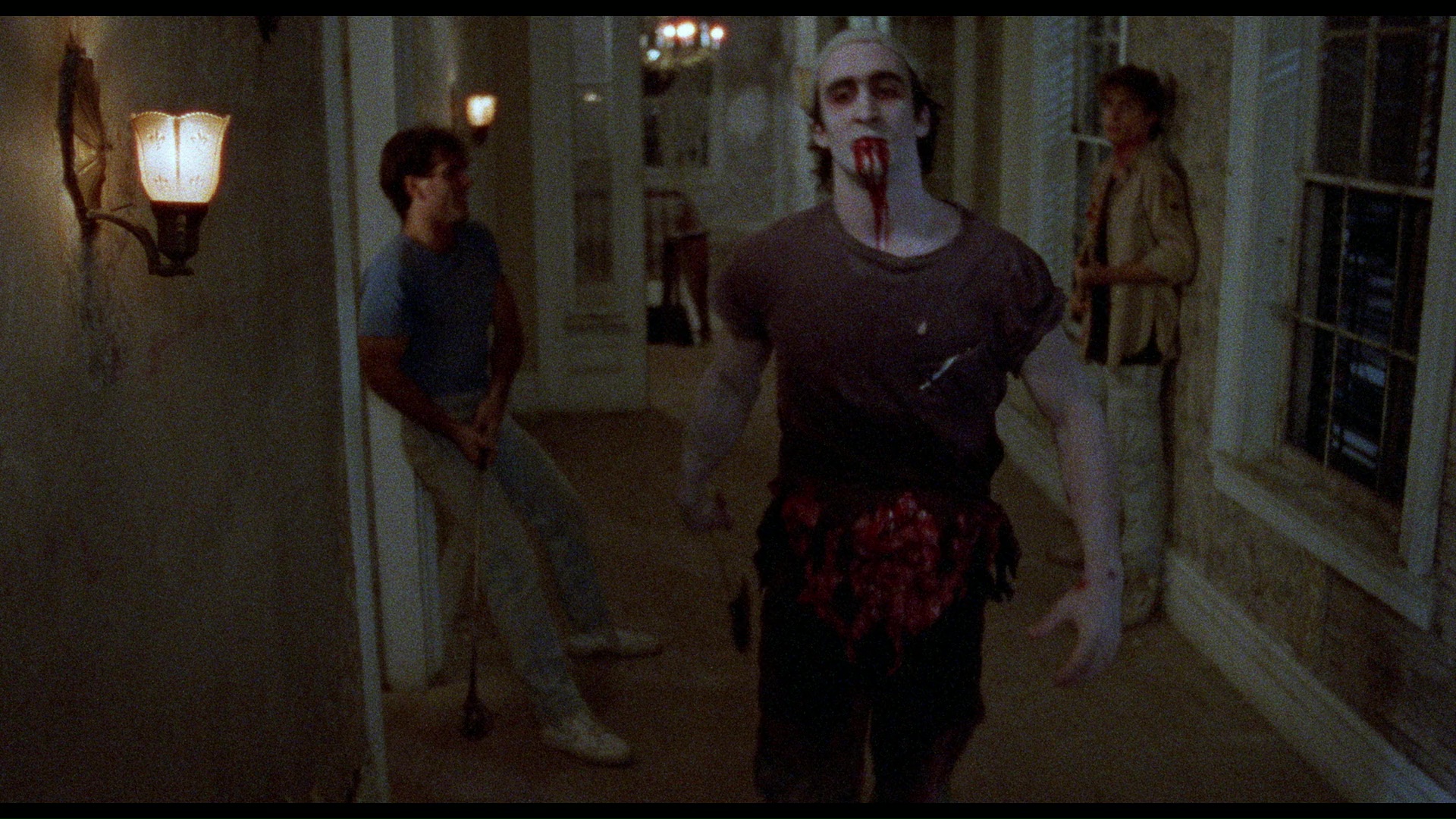