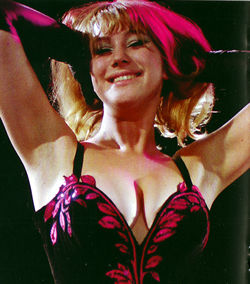 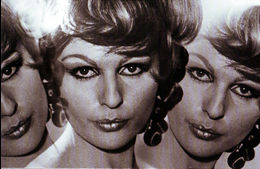 When he decides to kill himself, despondent poet Max (Gothard) decides to make a grand statement by hiring a publicity firm to ensure the media covers his death, allowing his name to live forever. Maxs perception of the world is filled with startling, bizarre visions which cant compare to the horror of what he realizes hes created with the media storm swirling out of control around him.

Unseen since its original theatrical release, this stylistically audacious work from one-shot Aussie director/artist/photographer Don Levy (over a five-year period) is a terrific find from the BFIs Flipside series, a sort of missing antecedent to films like Performance (check out the opening sequence) and especially Network. Interestingly, this opened the same year as another great lost British film, Peter Watkins Privilege, and both reflect an increasing paranoia towards the way the media manipulates and often infects peoples lives. Needless to say, things have only gotten much more alarming in subsequent decades. The title refers to the Greek man who sought fame by torching the Temple of Artemis at Ephesus, and the concept of seeking fame for its own sake has continued to remain a central concern of society as much as people would like to suppress it. Despite the subject matter, the film is hardly ponderous; in fact, youd be hard pressed to find a more vibrant, vital, and enthralling visual experience from the same era. Levy makes expert use of color, editing and framing while 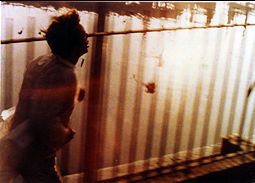 integrating fascinating visuals often based on the paintings of Francis Bacon, with Beethoven music even surging on the soundtrack at opportune moments. Also fascinating is the first lead performance from Gothard (who chillingly did commit suicide many years later), who went to many unforgettable roles including Scream and Scream Again, Lifeforce, The Valley, Whoever Slew Auntie Roo?, For Your Eyes Only and particularly a crazed exorcist in Ken Russells The Devils.

The BFI release marks the first-ever video release of this title in any format. The transfer from the original 35mm negative is fantastic to behold and was thankfully preserved in HD, with superb colors and excellent detail. The film was shot open aperture at a 1.33:1 aspect ratio but framed to be matted off in theaters, so the BFI release contains both versions for comparison (with the widescreen version occupying the place of honor on disc one). Both are of the same excellent quality, and personal taste will dictate which version takes precedence (though the extra picture information on the 1.33:1 version is quite fascinating and might give it the edge). Extras include a batch of early Levy experimental short films including Ten Thousand Talents (1960, featuring voiceover by Peter Cook), Time Is (1964) and Five Films (1967), plus an interview from 1973 with the director and a 34-page booklet featuring appraisals of the director and stars, notes about Levys short films, and liner notes by film writers Amnon Buchbinder and Henry K. Miller.