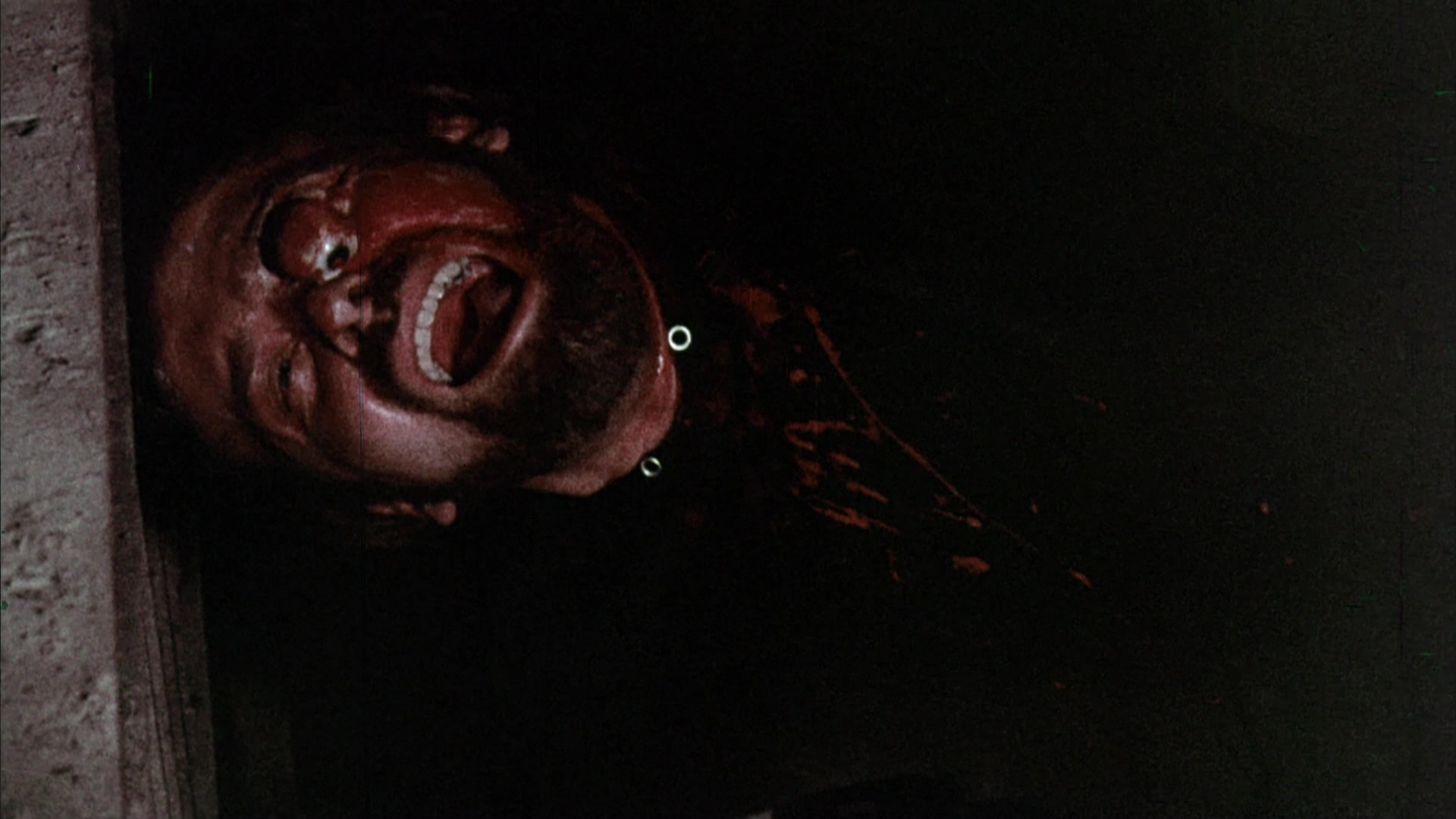 Barely released to theaters in 1971 with a self-imposed, 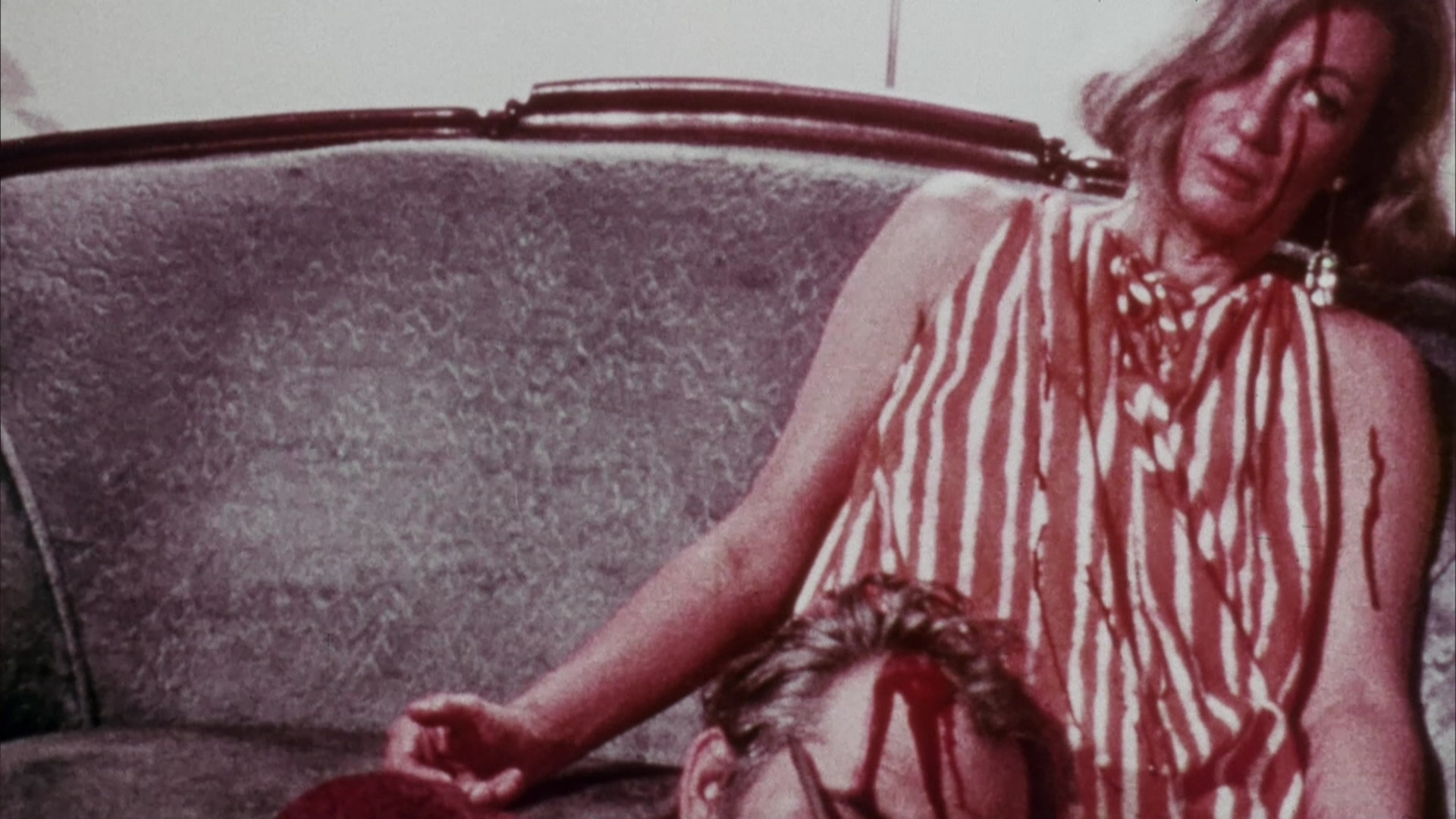 unofficial X rating, The Headless Eyes (or simply Headless Eyes as it's known on all of its promotional art) is a particularly grimy slice of New York carnage. It probably wouldn't be remembered at all today if it weren't for the crafty decision of Charles Band and his beloved VHS label, Wizard Video, to resurrect it in 1986 on home video with absolutely stellar cover art and a warning that the film was "Too Gory for the Silver Screen." Well, considering this was after the likes of Dawn of the Dead that's hardly true, but you do get a lot of stage blood, stiff acting, fake eyeballs, and footage of busy New York streets from the Nixon era, so you still get your money's worth.

In a particularly irrational plan to round up some rent money, starving artist Arthur Malcolm (Brundin) decides to break into a woman's apartment at night. Of course, she happens to be home and doesn't take kindly to having a stranger rifling through her purse, so she gouges out Arthur's eyeball with a handy spoon. Somehow he manages to crawl away before the cops arrive (with the same shriek looped on the soundtrack over and over), and afterwards he's tormented by visions of disembodied eyeballs hanging from a mobile on the ceiling. Now wearing an eye patch and keeping his poor little eyeball preserved in a 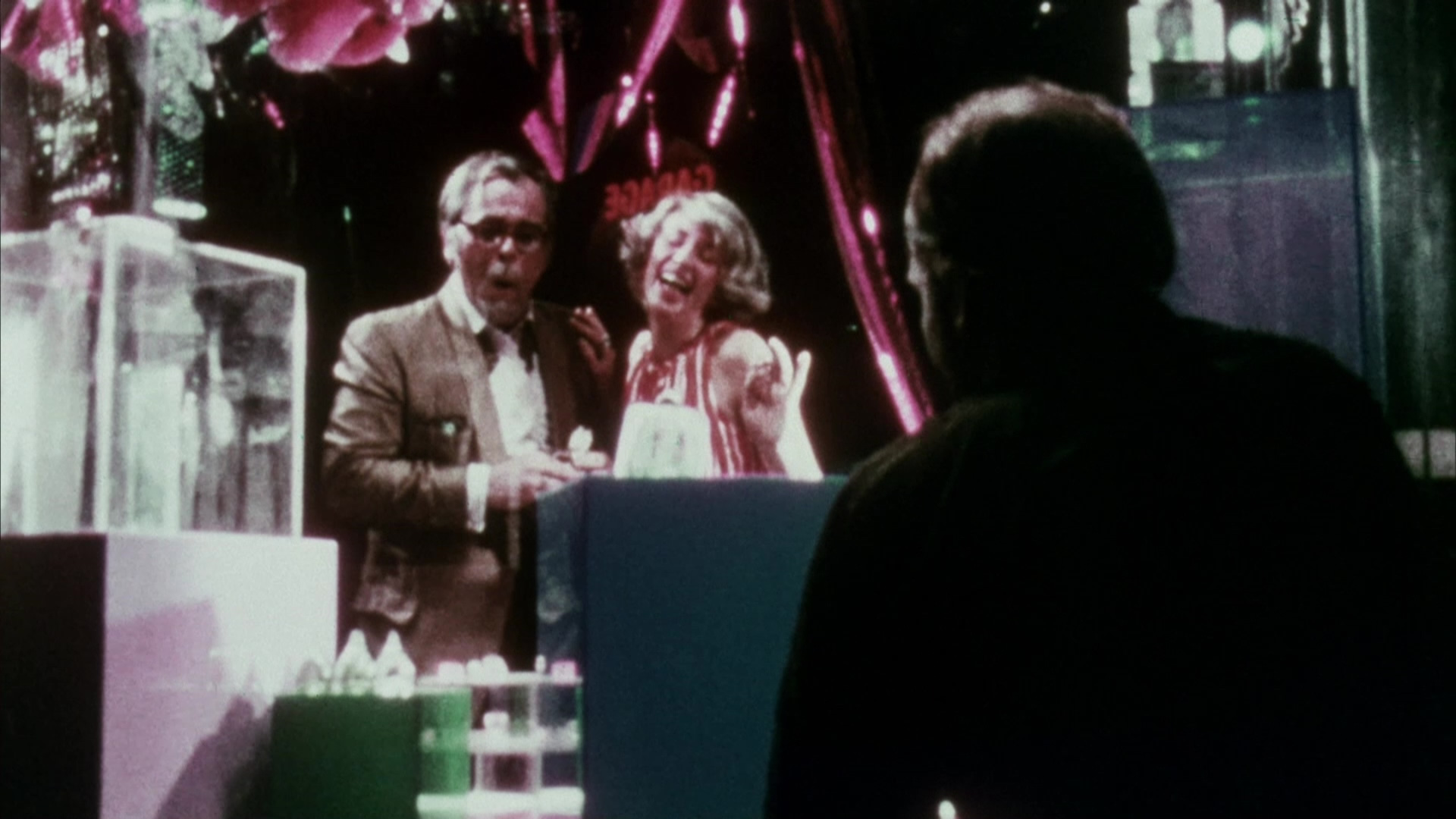 block of ice, he goes off the deep end and clobbers a couple of neighbors to death with a hammer and sits down for a nice nightcap in their apartment. Soon the streets of the Big Apple are a hunting ground as our Swedish-accented, sweaty, bearded madman goes on a rampage, invading doctors' offices and slicing out eyeballs with a scalpel. With "two thousand cops" now on his tail, he soon finds it more difficult to keep the body count going.

Taking a page from the Michael Findlay Flesh trilogy with its hulking, eye patch-wearing New York psycho (but dispensing with the sexual perversity altogether), this sordid quickie is obviously lacking in the technical and acting departments across the board. That said, it's quite entertaining if you're in the right mood and can tolerate the droning musical score, which has been known to send more than a few viewers screaming from the room. A familiar TV actor in the '80s (not to mention roles in Meteor and Raise the Titanic), Brundin is an odd presence indeed as the eyeball-obsessed lunatic (a motif Umberto Lenzi would use four years latter in the daffy giallo Eyeball). However, this is far from the strangest moment in his career as one year later he would have a major role in the most notorious unreleased film of all time, The Day the Clown Cried. As for writer/director Kent Bateman, he went on to father Jason and Justine Bateman and produced Teen Wolf Too, which would make a very odd co-feature with this film. 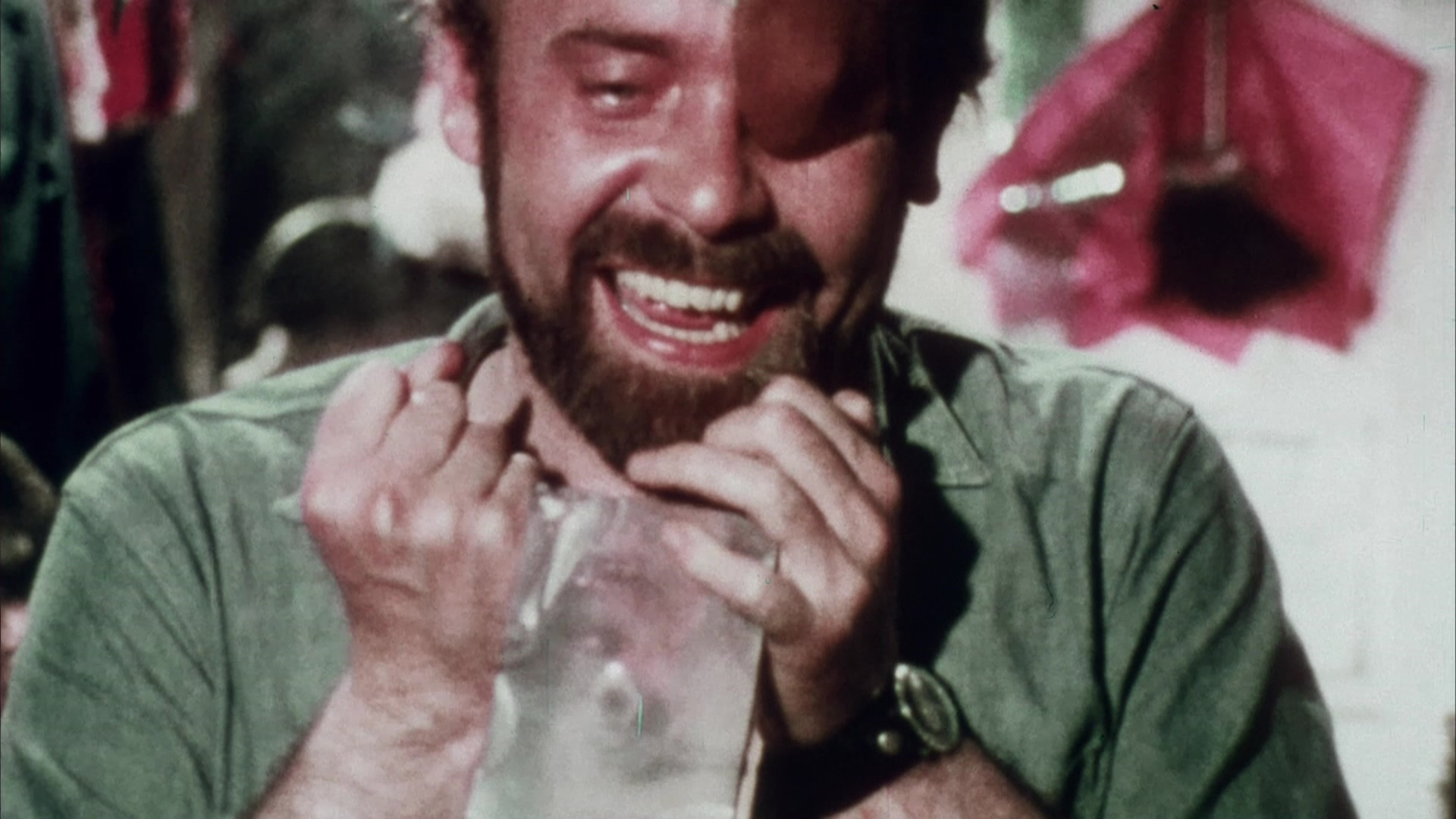 The oversized Wizard Video release of The Headless Eyes was a collector's favorite for decades, even for those who can't stand the actual feature. That experience was replicated, for better or worse, in Full Moon's "Grindhouse Collection" DVD from 2013; if you've seen other entries in that series, you should know what to expect here: the exact same transfer you'd get on VHS (with some severe compression making it even chunkier), complete with a sliver of tape noise at the bottom, mushy image quality, and the amusing "Total Terror Test" at the end pitching this film alongside Dreamaniac. Both of them rank as "slightly startling," apparently. Also included are Charles Band's 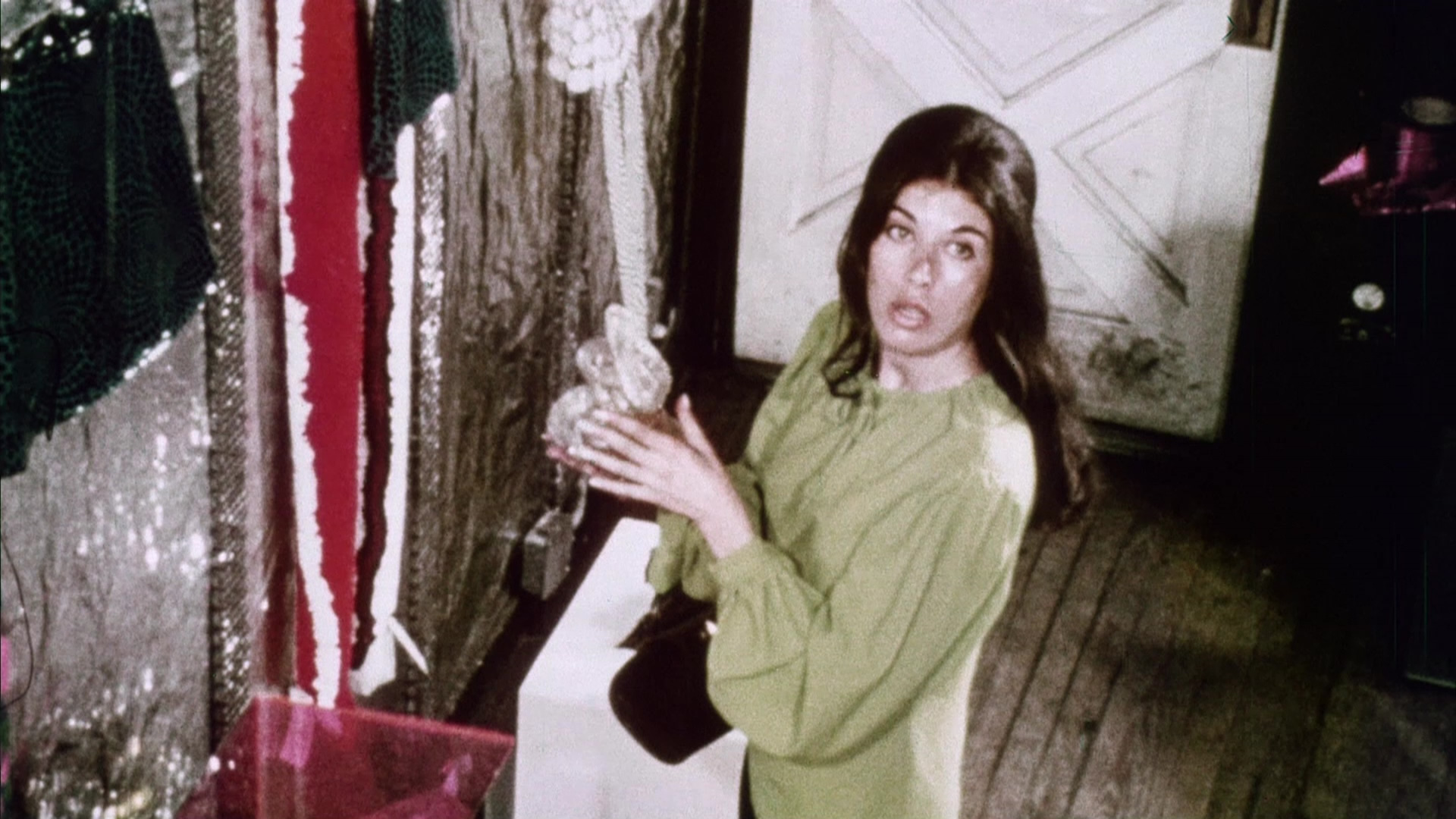 This was one screaming out for a fresh video scan after decades, and Code Red stepped up to the plate in 2016 with a Blu-ray offering two viewing options: a 1.78:1 widescreen version in HD and an open matte 1.33 one in SD. The widescreen one adds a bit to the right side while lopping a significant amount from the top and bottom, while looking a bit pinker as well. The grain is more detailed on the HD version with a tad more texture, but honestly you're fine with either option and may find the roomier compositions on the 1.33:1 one more than sufficient for your Headless Eyes needs. (Here's a sample frame grab.) The DTS-HD MA English mono audio sounds fine considering most of the film sounds like it was captured with a cheap tape recorder. The film can also be played with wraparound segments featuring hostess Katarina Leigh Waters in her "Antoinette's Sweet Dreams Theater" mode as her French twin sister, riffing on the film's "My eyes!" scream (which also plays in a loop on the menu, of course), and delivering various observations about the low-rent project before diving into some of the strangest closing credits you're likely to see.