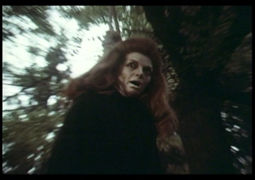 In a cursed Eastern European village, the death of Count Mihajli unleashes all sorts of pandemonium beginning with the mysterious 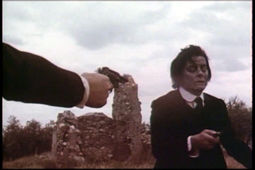 lynching death of his daughter, The Hanging Woman, whose body is discovered by the counts nephew, Serge (Rossi), recently arrived for the reading of the will. The counts wife Nadia (Conte) takes him in despite police suspicions that Serge might be the killer, and soon all sorts of suspicious characters begin popping up including a gravedigger named Igor (Naschy) who loves his corpses just a little too much. Mad scientific experiments, a creepy séance climaxing in another murder, and the words No 37 written in blood on a nightstand soon expose the chilling truth behind this supernatural mystery. This superior Spanish/Italian horror film boasts a genuinely creepy third act filled with zombie mayhem and was one of the most widely-released films of its ilk back in the days of VHS, though each version was missing either nudity and violence or significant plot points. Horror fans encountered it under a dizzying variety of titles including Beyond the Living Dead, Return fo the Zombies, Zombie 3: Return of the Living Dead and The Orgy of the Dead. By any name its a lot of fun, and while Naschy only has a minor supporting role, he definitely makes a strong impression whenever hes onscreen (with a phenomenally gory final bow youll never forget). Rossi makes a solid lead in his last film role, though even in period clothes he look like someone who stumbled out of a spaghetti western. Also noteworthy is the gothic score by Francesco De Masi (spiced up with library tracks from The Ghost), and the zombie make-up is surprisingly creepy and effective, paying off with a nifty final scene that delivers a nice, unexpected shudder. 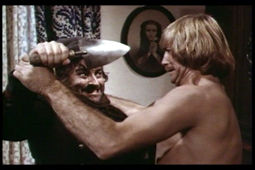 obvious labor of love, assembles all the footage from the various video masters around the work to create the longest version possible, and the results are definitely impressive. The open matte presentation varies depending on the condition of the source used, but the bulk of the film looks fine if not exceptional. Director Merino (who also helmed the interesting Blood Castle) is on hand for both an audio commentary (in Spanish with optional English subtitles) and a video interview in which he clearly recalls everything about the making of the film, from the wide variety of actors used to the demands of Italian co-financing and the necessity for shooting multiple versions of scenes for different markets. Naschy also appears for a new 14-minute interview about the role in the film, which he largely embellished himself, and the man primarily responsible for dubbing Spanish 70s films, Ben Tatr, appears in a fascinating interview about this lost art which could make a great feature-length documentary all on its own. Writer Shane Dallman offers a brisk 10-minute Paul Naschy 101 overview of the actor/directors unique career, and the disc also includes the original trailer and a lobby card gallery.

Thats not all, though; you also get an entire second bonus feature (barely noted on the packaging), 1965s The Sweet Sound of Death (aka La llamada). A minor but moderately spooky little curio, its essentially an expanded Twilight Zone episode in which two lovers, Pablo (Caba) and Dominique (Zurakowsa, who also appears in the main feature), swear that if either of them dies before the other, their ghost will appear to tell them what happens after death. Not surprisingly, tragedy strikes and the pact starts to have some very eerie repercussions. Though low on the terror scale, its a stylish little programmer with a few stylish flourishes that make it worth a watch. The English-dubbed fullscreen transfer looks decent enough for an added bonus feature.