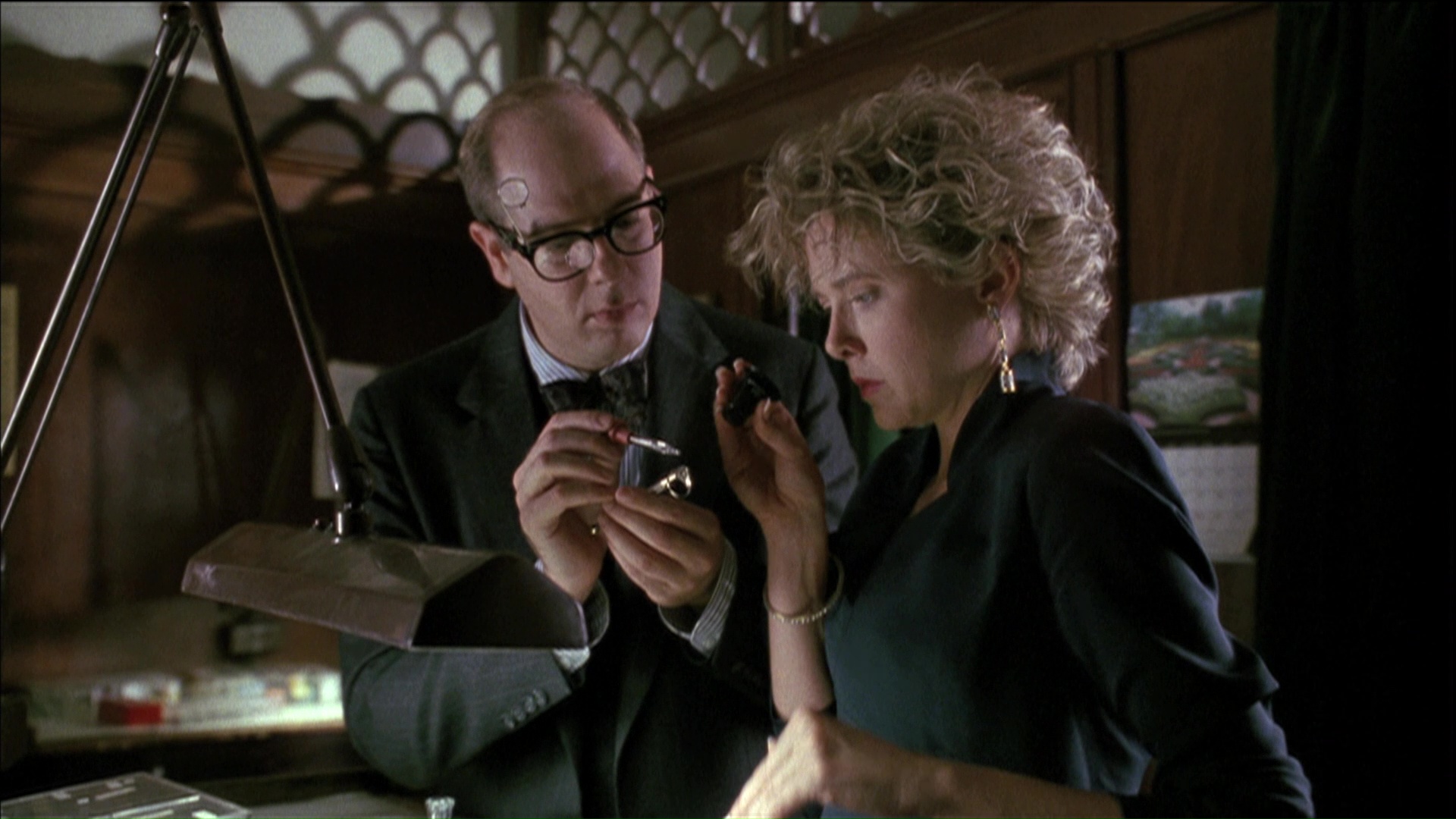 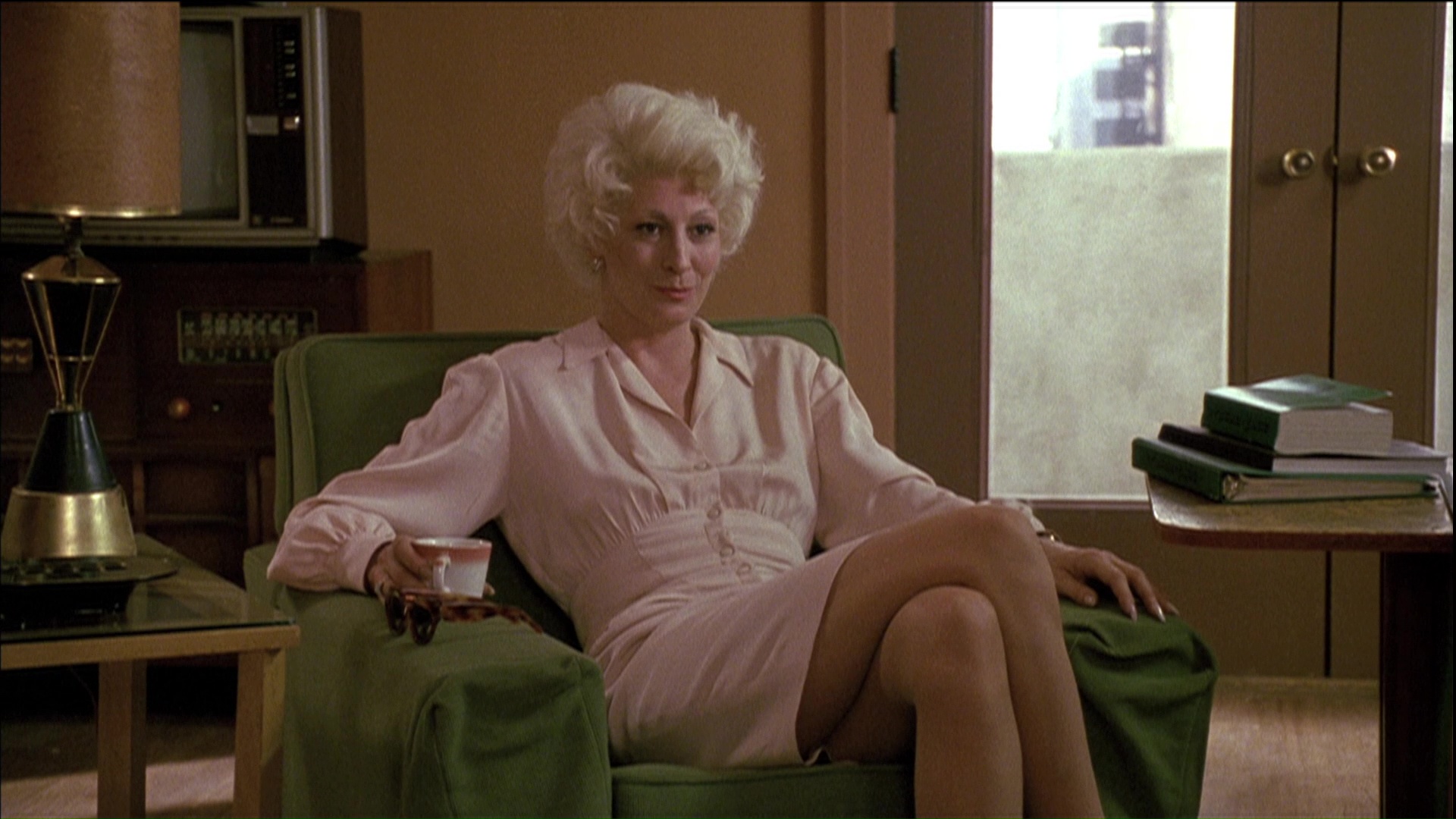 in the '90s resulted in a number of classic crime thrillers (John Dahl, for example, cranked out multiple ones in a row), and sitting up with the best of them all is Stephen Frears' The Grifters. In retrospect it's a little surprising how much this film was embraced by the mainstream (including several Oscar nominations) given how incredibly dark and perverse it is, with a climactic 20-minute acting tour de force between two of its stars that goes into territory you very rarely see in American cinema with shocking amount of taboo pushing and blood spraying. Fresh off the blistering emotional warfare of Dangerous Liaisons, Frears turned out to be the perfect choice for a film that managed to achieve instant classic status.

Low-level con man Roy Dillon (Cusack) makes his living pulling fast ones at casinos while unbeknown to him his girlfriend, Myra (Bening), uses her body to pull off her fair share of dirty tricks. On her way through Los Angeles, Roy's estranged, bleach-blonde mother, Lilly (Huston), stops by to find him in pain after being slugged in the stomach by one of his marks. A con artist herself doing work for a sadist named Bobo (Hingle), Lily dislikes Myra immediately and encourages her son to give up his dangerous lifestyle. Instead Myra finds out about Roy's real lifestyle during a train ride and encourages him to take part in a big job she has in the works, one that will pit all three characters against each other with deadly results.

The script for The Grifters is a real jewel as you get not one but two great hard-boiled writers here, courtesy of the source novel by Jim Thompson (whose After Dark, My Sweet was also filmed the same year) and the screenplay adaptation by Donald E. Westlake (who had just written The Stepfather). Produced and "presented" by Martin Scorsese (who also briefly narrates), it's a flashy exercise in style 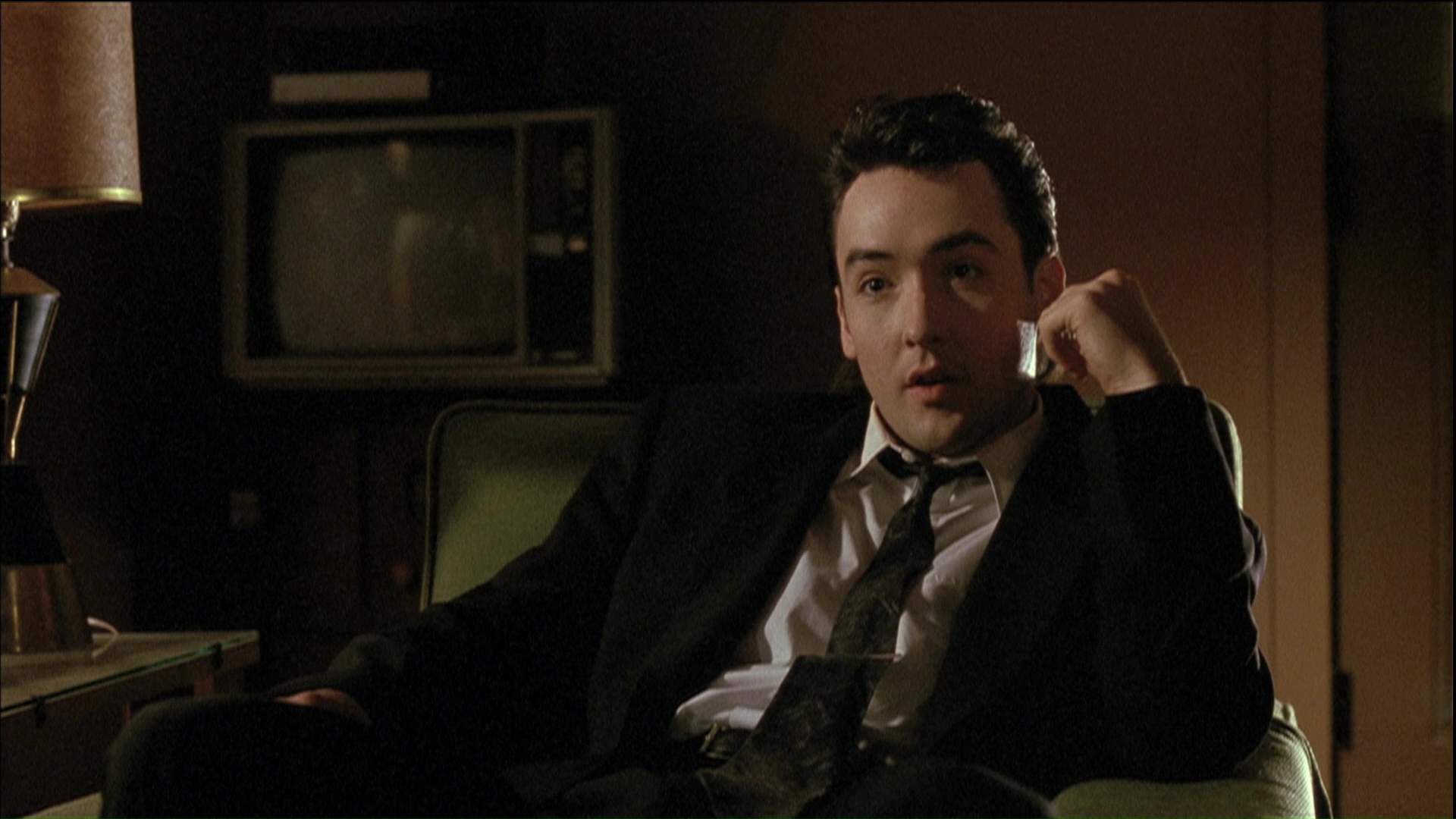 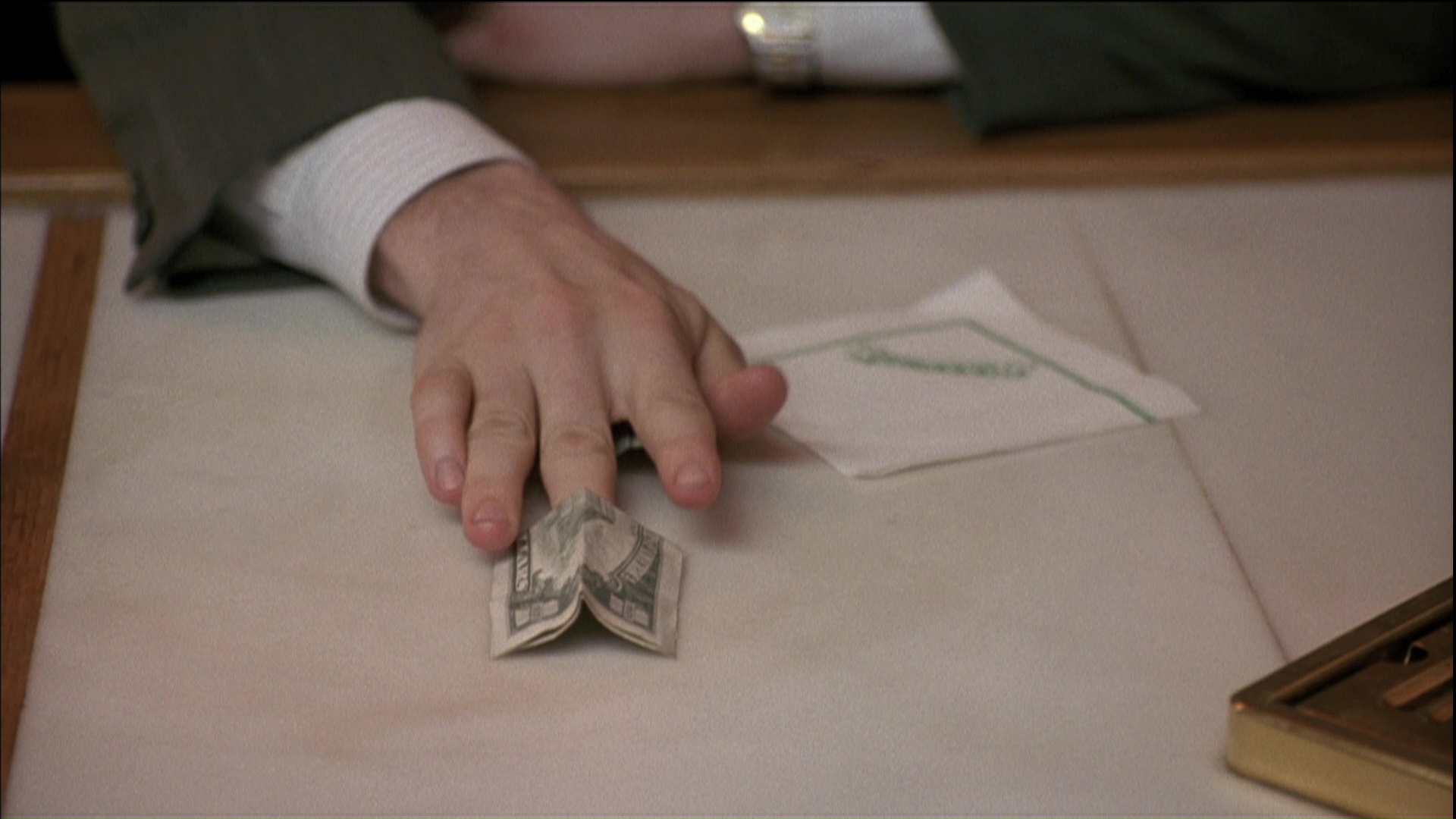 with split screens (sometimes three at a time), a bouncy Elmer Bernstein score, and meaty supporting roles for a startling roster of pros including J.T. Walsh, Henry Jones, and Charles Napier, though it's Hingle who makes the strongest impression with the most menacing use of a bag of oranges in film history. However, it's the three leads who really sell it with a trio of pitch perfect performances including a never better Huston. It also turned out to be a star-making role for Bening, here channeling a sexy but sinister version of Gloria Grahame that would later transform into her starring role in the biopic Film Stars Don't Die in Liverpool. As mentioned above, the film also goes into some surprisingly transgressive territory at times including heavy incestuous overtones and a scene of gory arterial spraying that rivals any horror film of the era.

Given its popularity, it's no surprise The Grifters has remained steadily available on home video since the VHS era in the '90s including its first Blu-ray edition from Echo Bridge in 2013 complete with a Frears commentary and two featurettes (behind the scenes and the story of Jim Thompson). The U.S. reissue from Lionsgate is a no-frills throwaway, as is the first U.K. edition from Optimum (which is the only one matted more tightly at 1.85:1).

In 2018, 101 Films unveiled The Grifters as title number one in its new dual-format Black Label series (paired up with eXistenZ) with the first 3,000 units featuring a slipcase and exclusive booklet (in this case two 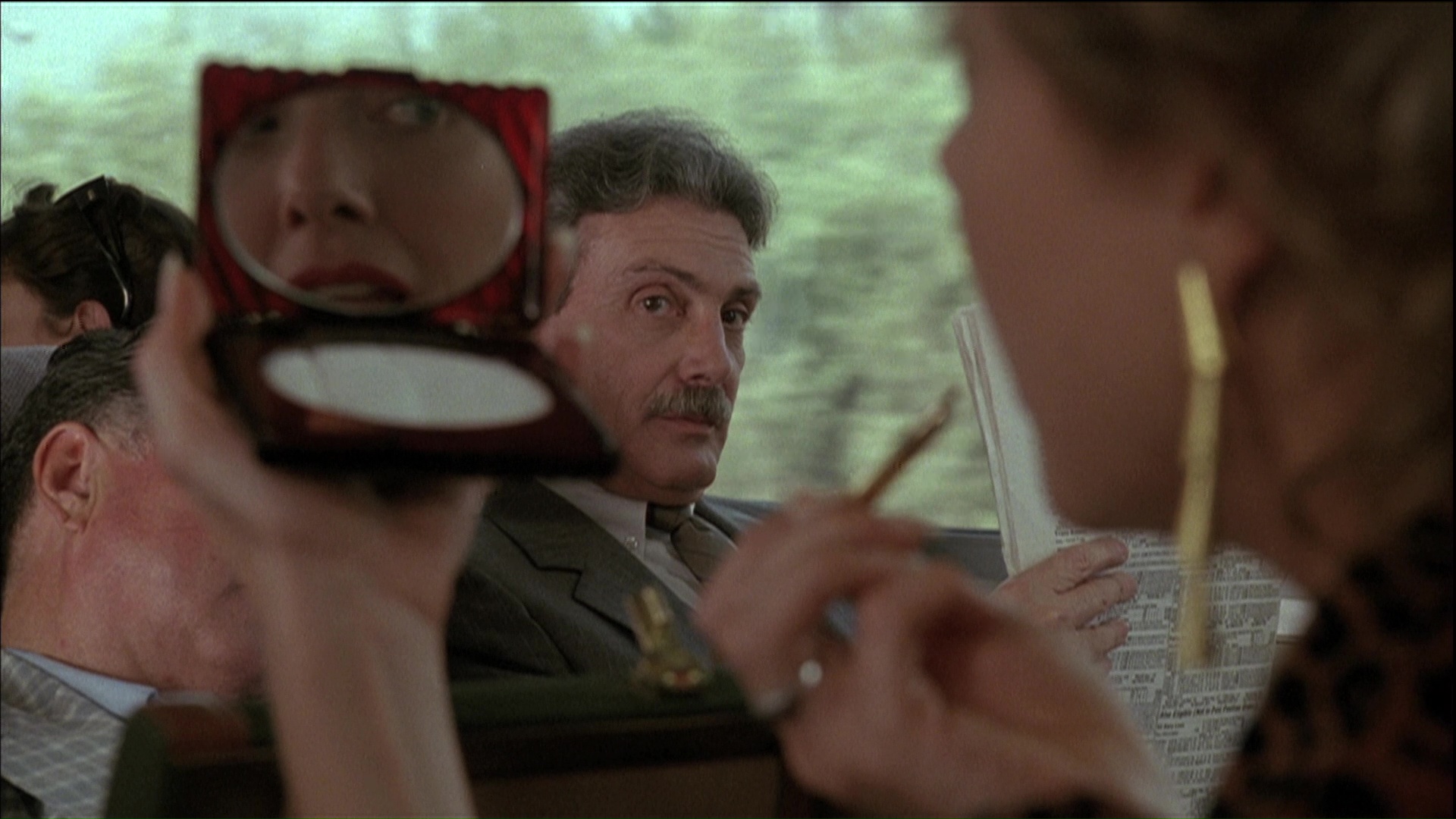 essays, "Jim Thompson, Noir, and the Popular Front" by David Cochran and "Elmer Bernstein: Grit not Grift" by Charlie Brigden). The transfer (identical to the U.S. versions) still looks great -- 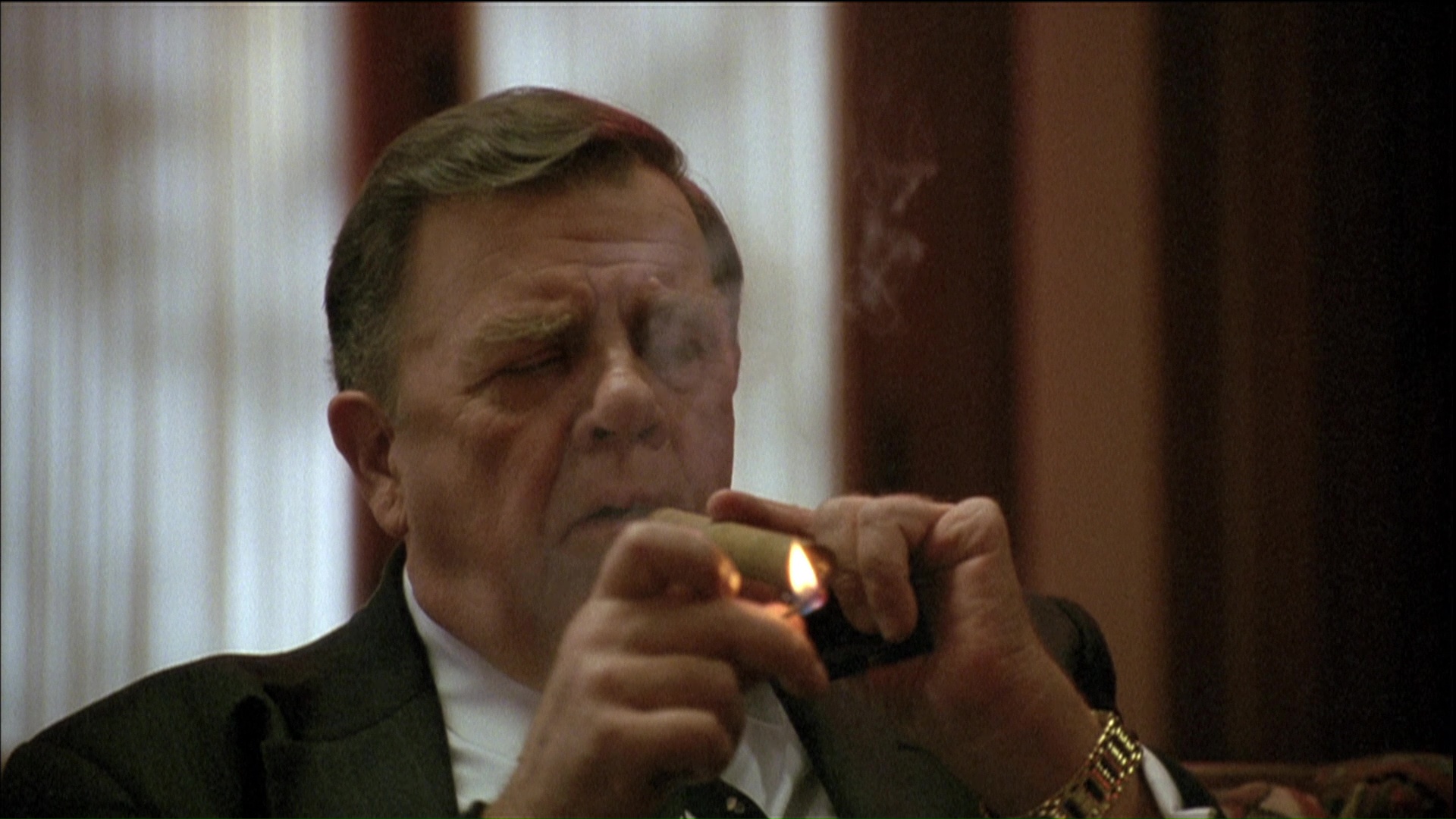 mint fresh and no significant issues to report -- and the LPCM 2.0 stereo track replicates the theatrical experience nicely with Bernstein's score getting most of the two-channel love here. The big new extra here is the feature-length "Seduction. Betrayal. Murder: The Making of The Grifters" (71m35s), featuring a slew of stories from Frears, cinematographer Oliver Stapleton, editor Mick Audsley, executive producer Barbara De Fina and co-producer Peggy Rajski. It's a real bounty of good material including memories about Scorsese's involvement, Bernstein's outrage at having some of his cues moved around, Huston's intense and emotional reaction to some of her rougher scenes, the bleach bypass process used to create a distinctive look for the prints, the film's pickup by the "wicked" Harvey Weinstein, and an aborted attempt to make the film at Disney. In short, it's hard to imagine a more rewarding and extensive look at the making of the film than this.