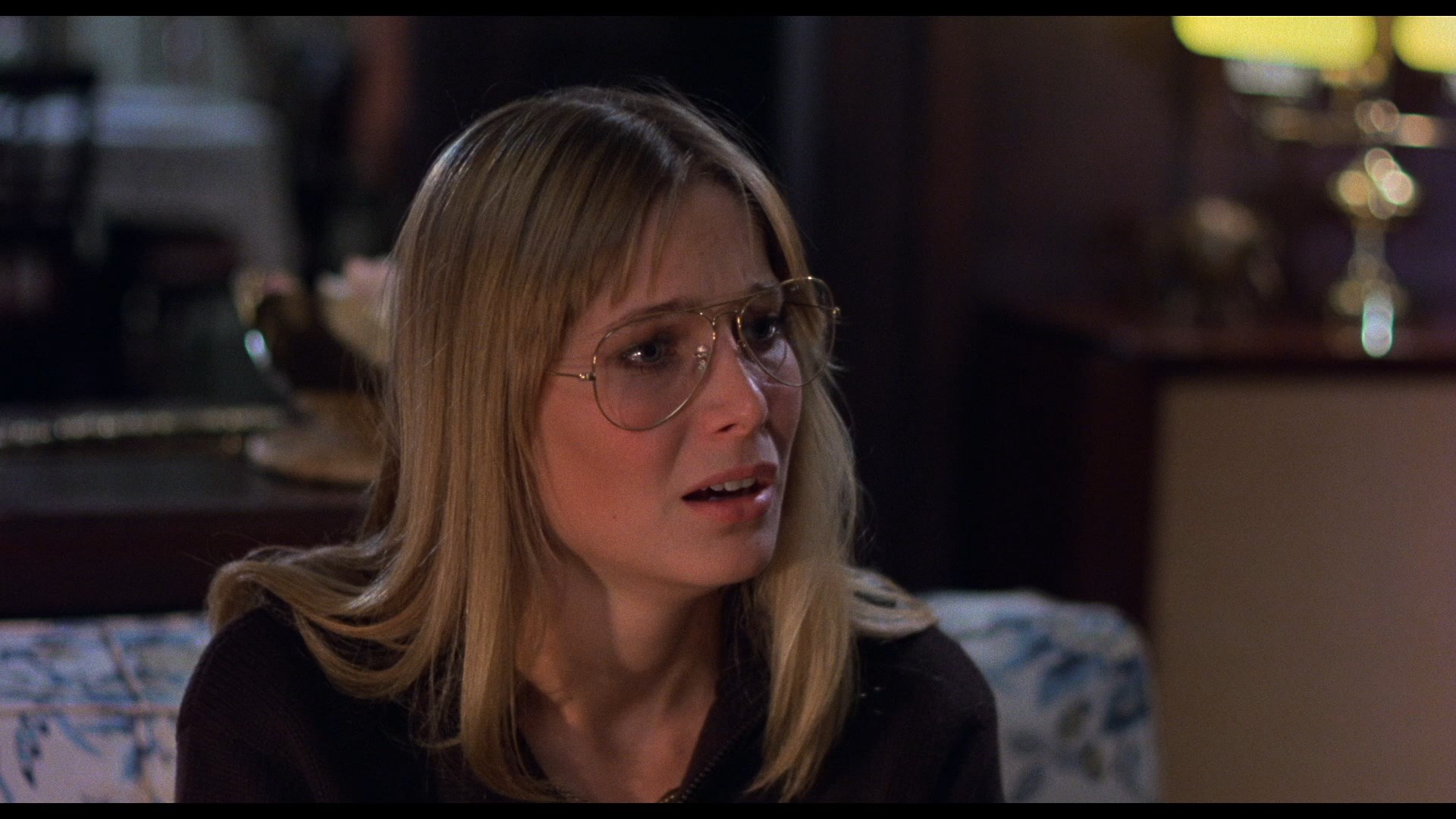 For those well versed in '70s cult cinema, God Told Me To may be the ultimate Larry Cohen film as horror, 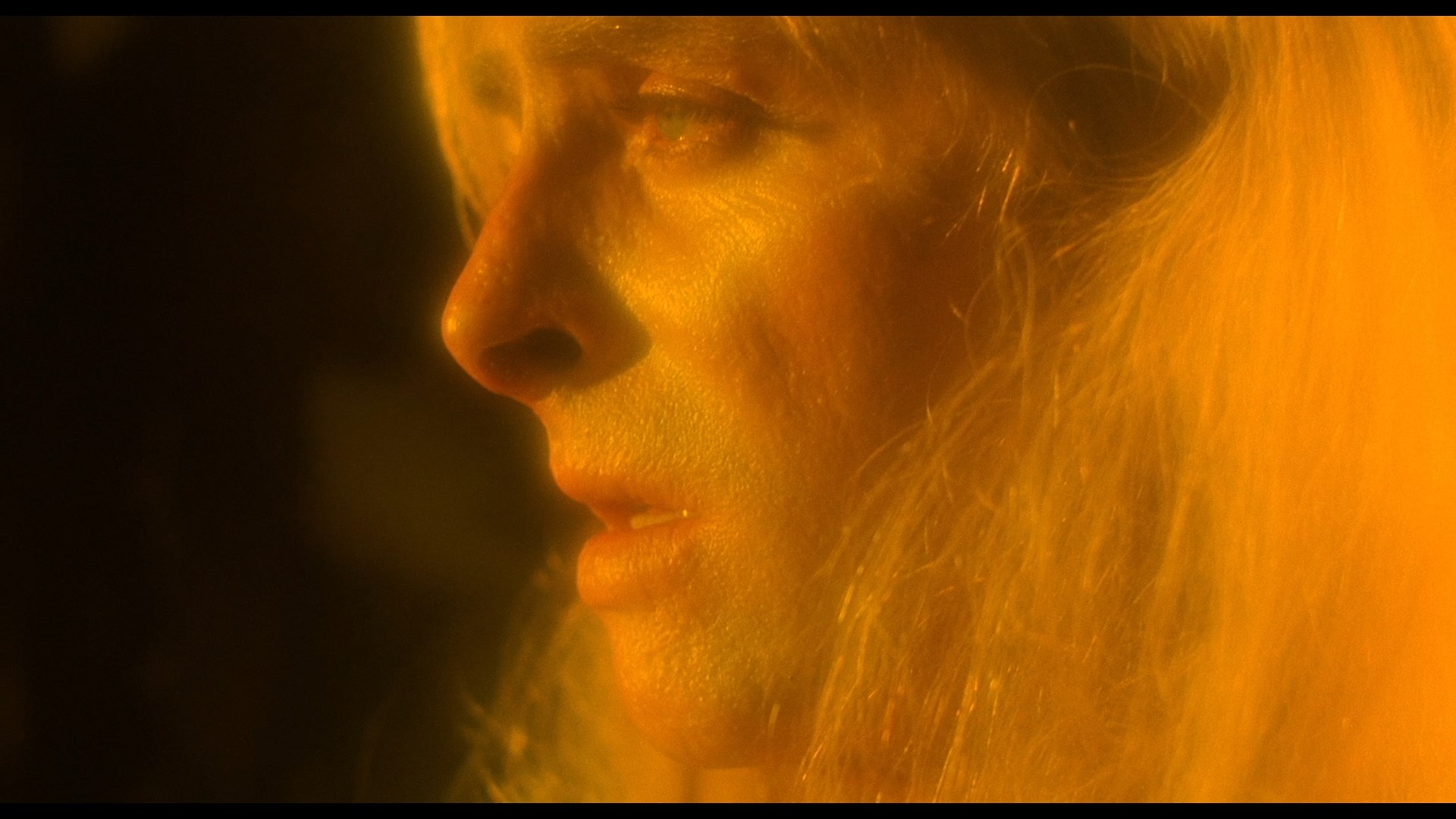 science fiction, blaxploitation, theology, and fantastic New York ambience all collide in an often indescribable fusion of genres. On top of that it tackles plenty of topical issues of the time like mass shootings (even opening with a Big Apple twist on the '66 Charles Whitman sniper tragedy), UFO conspiracy theories, and cult fanatics. The end result is a far cry from anything you'd ever see at a local multiplex today, which of course is a good thing, and it boasts a truly startling cast across the board.

Violent crimes are galvanizing New York ranging from a family slaughter to a mass shooting at the St. Patrick's Day Parade (committed by a young, pre-Taxi Andy Kaufman), and Catholic cop Peter Nicholas (Lo Bianco) keeps winding up at the scene as the culprits offer their motive just before they die: "God told me to." Nicholas's personal life is a bit complicated since he has both a girlfriend, Casey (Raffin), and an estranged neurotic wife, Martha (Dennis in a glorified cameo), but his troubles are just beginning as he digs deeper into the case and finds one common denominator: Bernard Philips (Lynch), a mysterious, messianic figure tied to an inexplicable incident years ago that ultimately reveals a bizarre, startling secret. 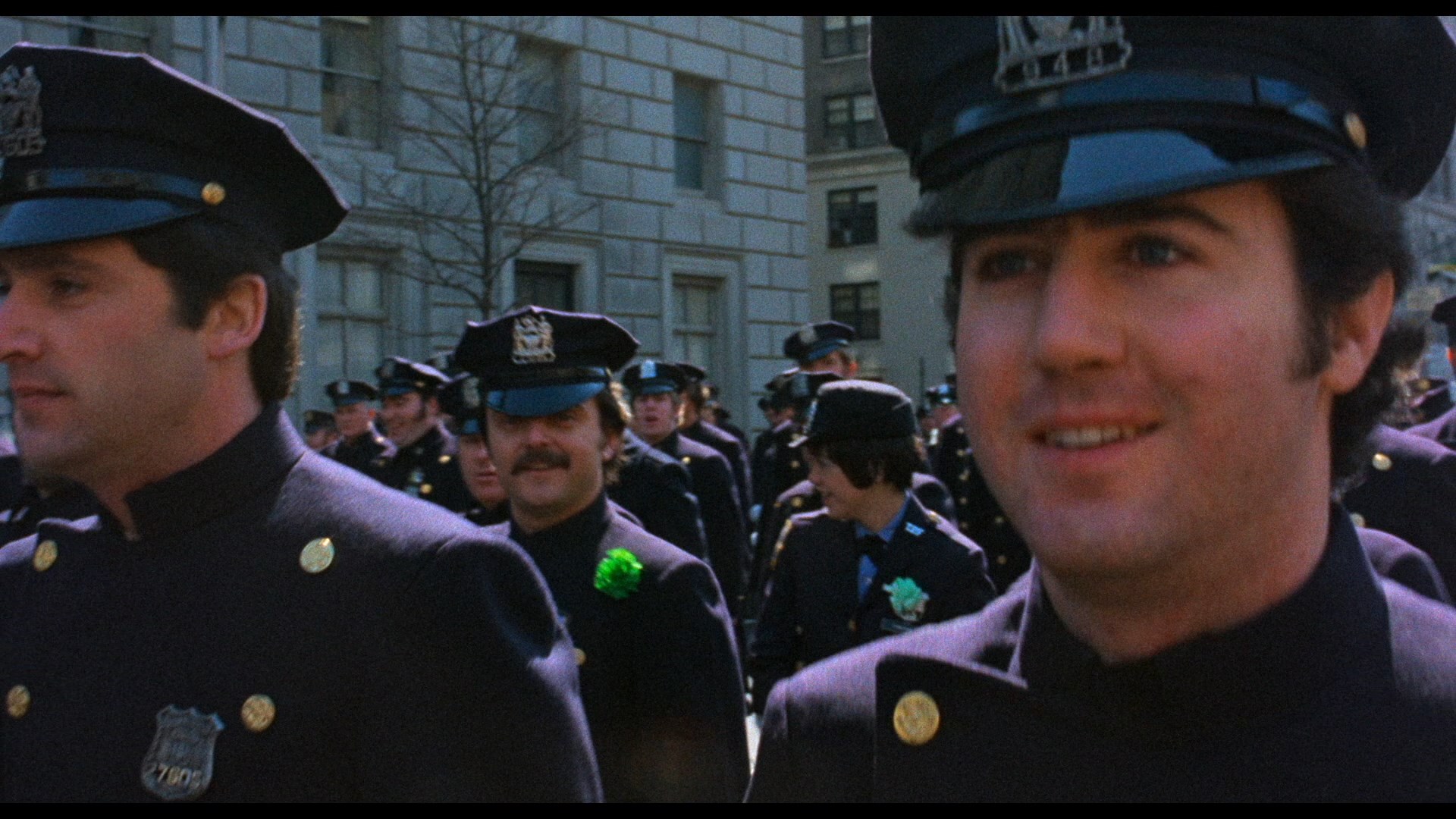 strange choice to make after the commercial success of his studio horror hit, It's Alive. While that film was full of the usual Cohen eccentricities, it maintained a consistent main narrative and genre identity that audiences could get behind. With this film he really let his wild side out by flinging in so many ideas that critics at the time were often left befuddled, with Roger Ebert damning it as "the most confused feature-length film I've ever seen" in his one-star review. Roger Corman's New World Pictures had a tough time marketing it, too, with the title proving to be a major stumbling block in many 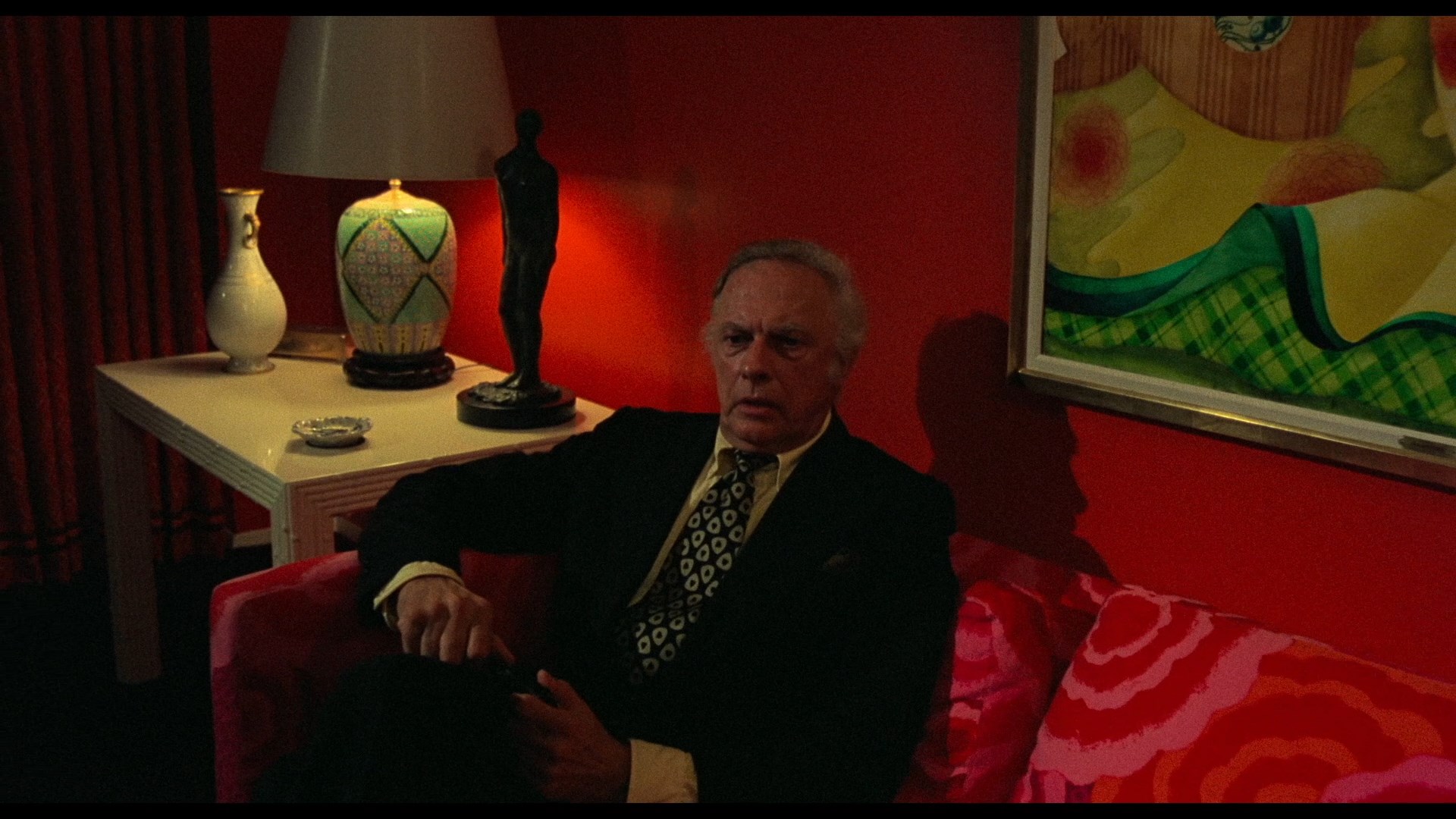 territories (including the entire American South). The film was quickly rebranded as Demon!, a title that really has no bearing at all on the story, but it still had trouble finding an audience. Word of mouth still spread among horror fans, however, and it gradually built up a cult following via TV airings and VHS releases from Charter and Anchor Bay.

Blue Underground snagged the film for a trio of Cohen releases (along with Q and Bones), sporting a fine anamorphic transfer for the time along with an excellent new audio commentary featuring Cohen and label founder Bill Lustig (who also collaborated on the Maniac Cop films). They cover a lot of ground including Cohen's pride in the finished result, how he wrangled the stellar cast, and how they pulled off the wide range of New York locations, sometimes without permission.

Over a decade later, Blue Underground revisited the film for a Blu-ray release that's up to the standards of most of their other American movie upgrades. (It also wisely reinstates the theatrical poster art instead of the bland Bible cover of the DVD.) The 1.85:1 framing is the same but the image is much punchier and a few ticks brighter, with a considerable amount of additional detail and a nice filmic texture. For a comparison, look at this shot from the DVD compared to this one from the Blu-ray. Audio options are presented in 7.1 DTS-HD, 5.1 Dolby Digital Surround EX, and DTS-HD mono; the first and third options are the best, offering very different viewing experiences. The 7.1 version is a surprisingly effective and aggressive mix, particularly the parade scene, with music and effects used nicely in all of the channels. The 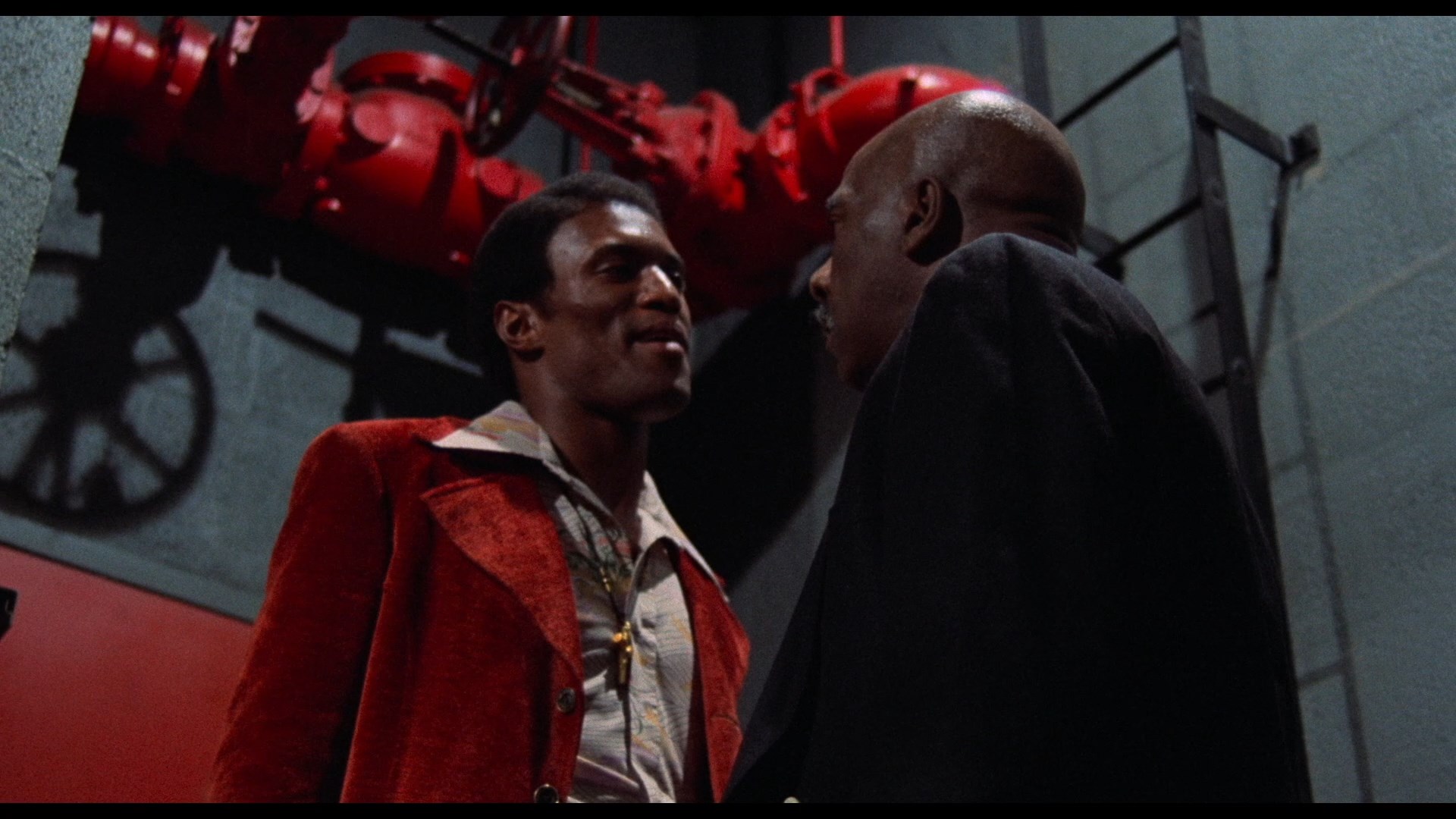 mono track is one we all know and love from theatrical screening and will be the favored one for purists; it's great to have the choice. (For the record, the DVD offered mono, Dolby Surround 2.0, the 5.1 EX track, and a 6.1 DTS-ES track.) 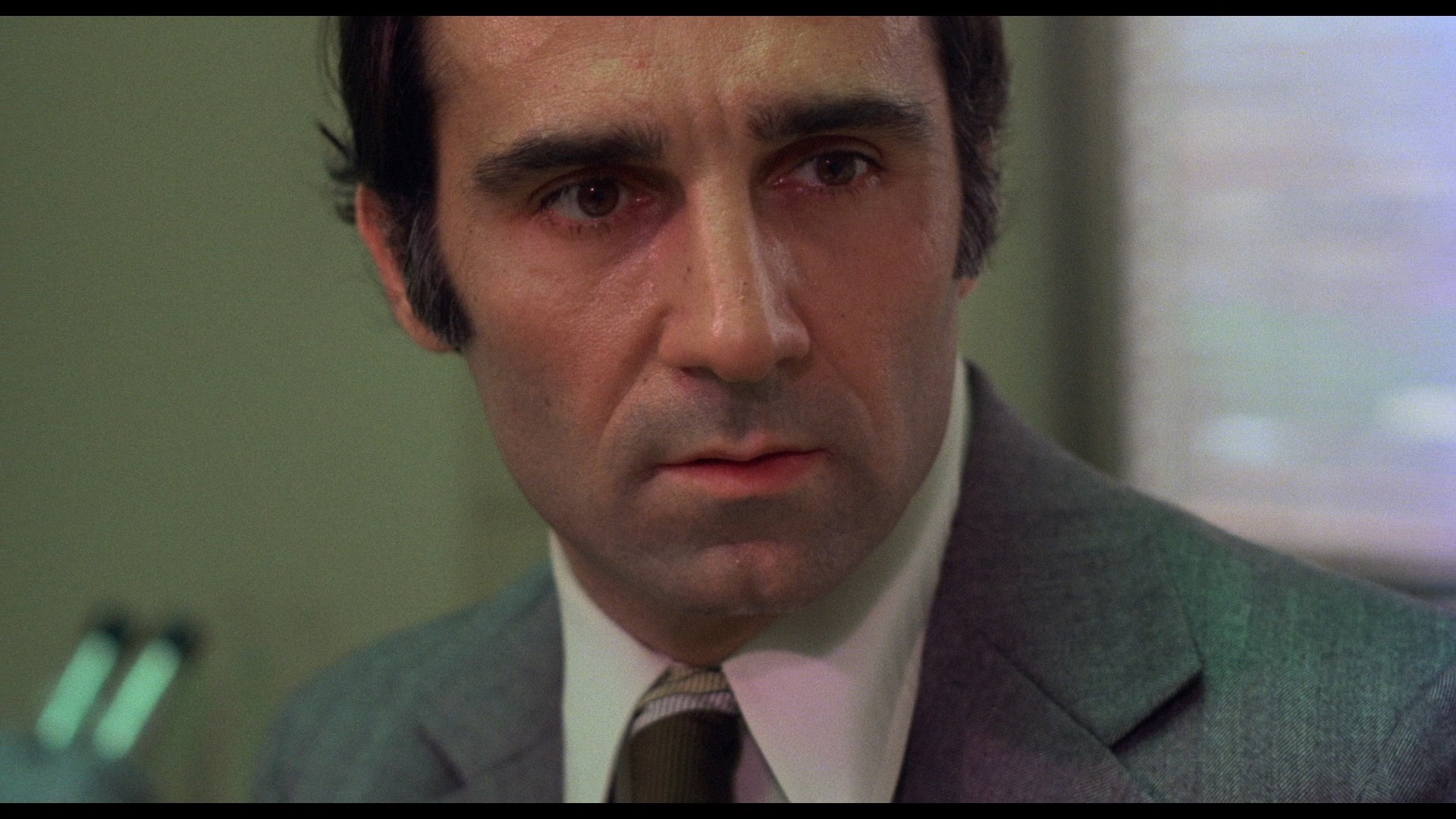 The Blu-ray also sweetens the deal with a pair of new featurettes produced with Red Shirt Pictures. "Heaven & Hell on Earth" spends over 11 minutes with Lo Bianco talking about how he kicked off his career with the classic The Honeymoon Killers and got cast in some odd roles over the years on both sides of the law. He also reveals the one unscripted moment in the film he didn't like, a memorable bit of grotesquerie that foreshadows the work of David Cronenberg, and shares memories of his fellow actors and the perilous shooting of the climax in an abandoned Harlem building. In "Bloody Good Times," special effects artist Steve Neill (in front of a U.S.S. Enterprise model) talks about first meeting Cohen and getting early work on this film, which led to far more elaborate assignments on The Stuff (which is represented here with some great behind-the-scenes photos) as well as the lesser-seen A Return to Salem's Lot and It's Alive III: Island of the Alive. "God Told Me To Bone" is a New Beverly intro and q&a with Cohen (guess which two movies they showed) in which he offers 21 minutes of anecdotes about his '70s films, with several devoted to the "crazy" and "different" God Told Me To. (The early Kaufman bit is worth it alone.) An older 8-minute Cohen chat at Lincoln Center in 2002 is nice to have for posterity but features much rougher a/v quality and will be tough going for many. Along with a poster and still gallery, there are two advertising sections devoted to the film's two American titles with a pair of trailers and a total of seven TV spots. (Try to imagine these running now!) The Demon! theatrical trailer wasn't on the DVD, so that's a great new bonus, too.