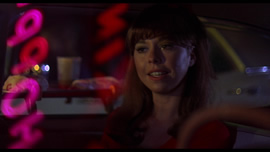 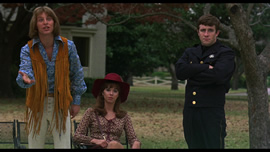 Following years of trendsetting drive-in films ranging from Vincent Price gothics to Peter Fonda biker films, Roger Corman made his directorial swan song at AIP with this oddball counterculture comedy. An obvious attempt to cash in on the post-Easy Rider youth market that was still sending Hollywood into chaos, Corman's film was drastically altered by AIP heads James H. Nicholson and Samuel Z. Arkoff just before its theatrical bow with an elaborate closing shot and most of its comical narration by God (in an exaggerated Jewish accent) hitting the cutting room floor.

Taking a cue from the earlier AIP hit Wild in the Streets (which involved youths taking over the American political system), the very loose plot involves the global changes wrought when a chemical gas escapes that causes anyone older than their late twenties to die of sudden old age. One of the first people aware of the crisis is a grad student named Cilla (Giftos), who warns nearby hippie Coel (Corff), whom she meets in disguise as a priest, as they go on a journey across the country to figure out which new power dynamic will offer the best possibility for their uncertain future. Their picaresque travels bring them in and out of contact with a strange cast of characters including various jocks and intellectuals, with some of the more familiar faces including a pre-Laverne & Shirley Cindy Williams as a cheerful, pregnant dropout, a very young Bud Cort, a flashy cowboy played by Ben Vereen, and even a budding feminist played by Talia Coppola (later Shire). Along the way they also stumble onto a live performance by Country Joe and the Fish (whose lead singer was working on Quiet Days in Clichy around the same time) on the way to a way-out ending you'll never believe. 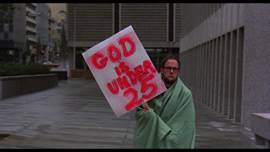 Definitely not the film you'd want to show someone new to the world of Roger Corman, this is an ambitious and often baffling film that alternates between moments of surprising wittiness and random incoherence. 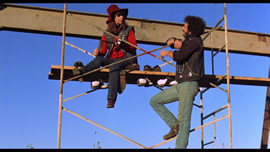 Of course, that also makes it play somewhat like a midnight movie before the concept had really taken taken hold, and as a time capsule of sorts it's quite a lot of fun thanks in no small part to the groovy soundtrack by "The Fish" himself, Barry Melton, and some fun bits of verbal playfulness courtesy of the script by George Armitage (who has a small role as a cowboy and went on to write films ranging from Darktown Strutters to Miami Blues).

Not surprisingly, Gas-s-s! (or Gas!, whose actual title varies wildly between the posters, print credits, and trailer, sometimes including the subtitle "-Or- It Became Necessary to Destroy the World in Order to Save It") proved to be a financial misfire for AIP and signaled a farewell to the counterculture films that had been the studio's bread and butter for the past few years. Apart from a VHS release from Vestron subsidiary Lightning Video, it was largely buried until its DVD release from MGM as a Midnite Movies double feature with Wild in the Streets complete with a fresh widescreen transfer and a theatrical trailer. Two years later it popped up again as part of MGM's The Roger Corman Collection along with seven other Corman films, featuring the same transfer and trailer.

However, the most elaborate edition of this film by far came in 2015 courtesy of the UK Blu-ray from Signal One, which sports a fresher HD transfer (created for broadcast on MGM HD) with truly eye-popping colors and the best 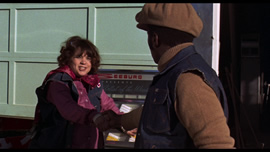 presentation possible for a low-budget film shot in the middle of the desert. The LPCM English audio sounds excellent, with optional English subtitles also included. In addition 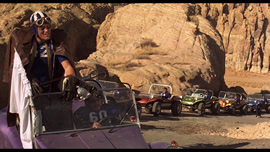 to the usual trailer, you get a gallery of lobby cards and other promotional material, a zippy 9-minute featurette called Counter-Culture Corman about his later days at AIP (with Corman himself and other participants including producer Ted Newsom and film experts Chris Poggiali and Constantin Nasr focusing on The Wild Angels, The Trip, and this film) culled from interviews shot by Ballyhoo Pictures for its AIP documentary, and a pair of bonus audio tracks for the main feature with Corman himself appearing at the National Film Theatre (now BFI Southbank) in 1970 (the day after finishing production on this film) and in 1991. Both run a bit shorter than the main feature (so the remainder is filled with the regular film soundtrack) and the contrast between the two chats is striking, with Corman sounding livelier and more energized in the '70 interview before his relationship with AIP went south (and led to the founding of New World Pictures). The usual Corman topics get covered here both with the uncredited interviewers and Q&As from attending students, including tips on handling low budgets, promoting in a crowded marketplace, and determining the desires of a young audience often underserved by the major studios. He touches on this film and a few other familiar titles at times, but perhaps the most interesting portion of both interviews is the way films make it to the screen with the number of open theaters and their capacities determining where and how films play. Needless to say, the studio consumption that was ramping up in the early '90s (and which had taken hold entirely a decade later) plays a role in Corman's comments in the more recent interview, making this disc not only a fascinating snapshot of hippie culture in its twilight hours but a bittersweet portrait of indie genre cinema at two distinct points in history as well.