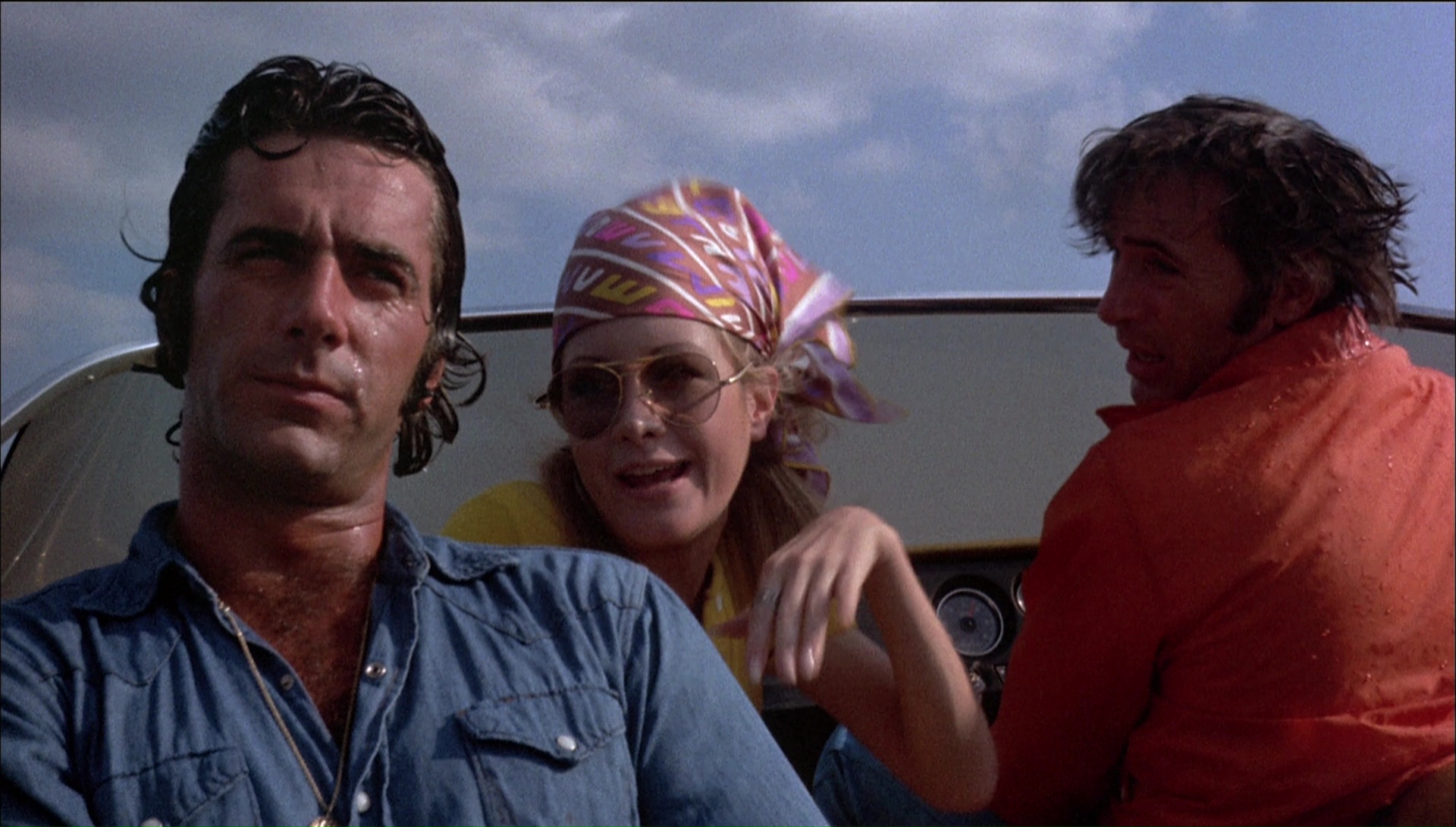 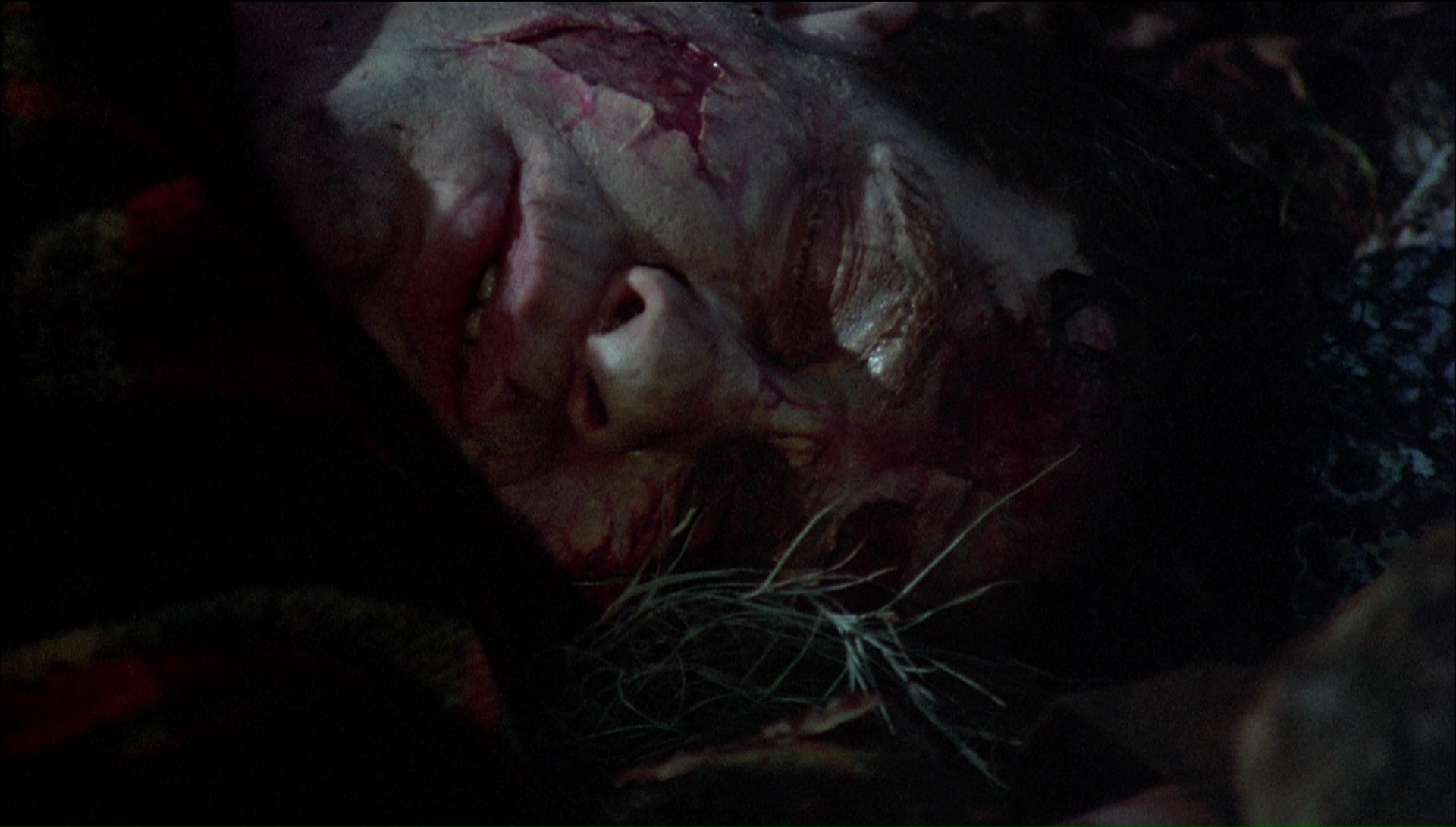 A more accurate title would be Reptiles or Amphibians, but this latter day drive-in favorite from American International Pictures fully exploits its ridiculous premise of nature running amok in a swampland, complete with hammy actors as fodder. Among the many killer animal films filling movie screens at the time, this one definitely ranks among the most memorable.

Following a very minor boating incident, good guy photographer Pickett Smith (a clean-shaven Elliott) is escorted to the isolated marshland home of the Crocketts, headed by their animal-hating patriarch and birthday boy Jason (Milland). The Crocketts regularly douse their lands with insecticides and repellents, not to mention hauling out the occasional shotgun to dispatch with some of the larger pests. Meanwhile the family toils in a virtual hotbed of soap opera dramatics, with lovely Karen (Knots Landing regular Van Ark) as just one of the many players in this complicated game. The animals have apparently had enough of these shenanigans, so the huge frog population conspires a sort of revenge scheme whereby snakes, gators, and other green critters attack the humans and take over the property. 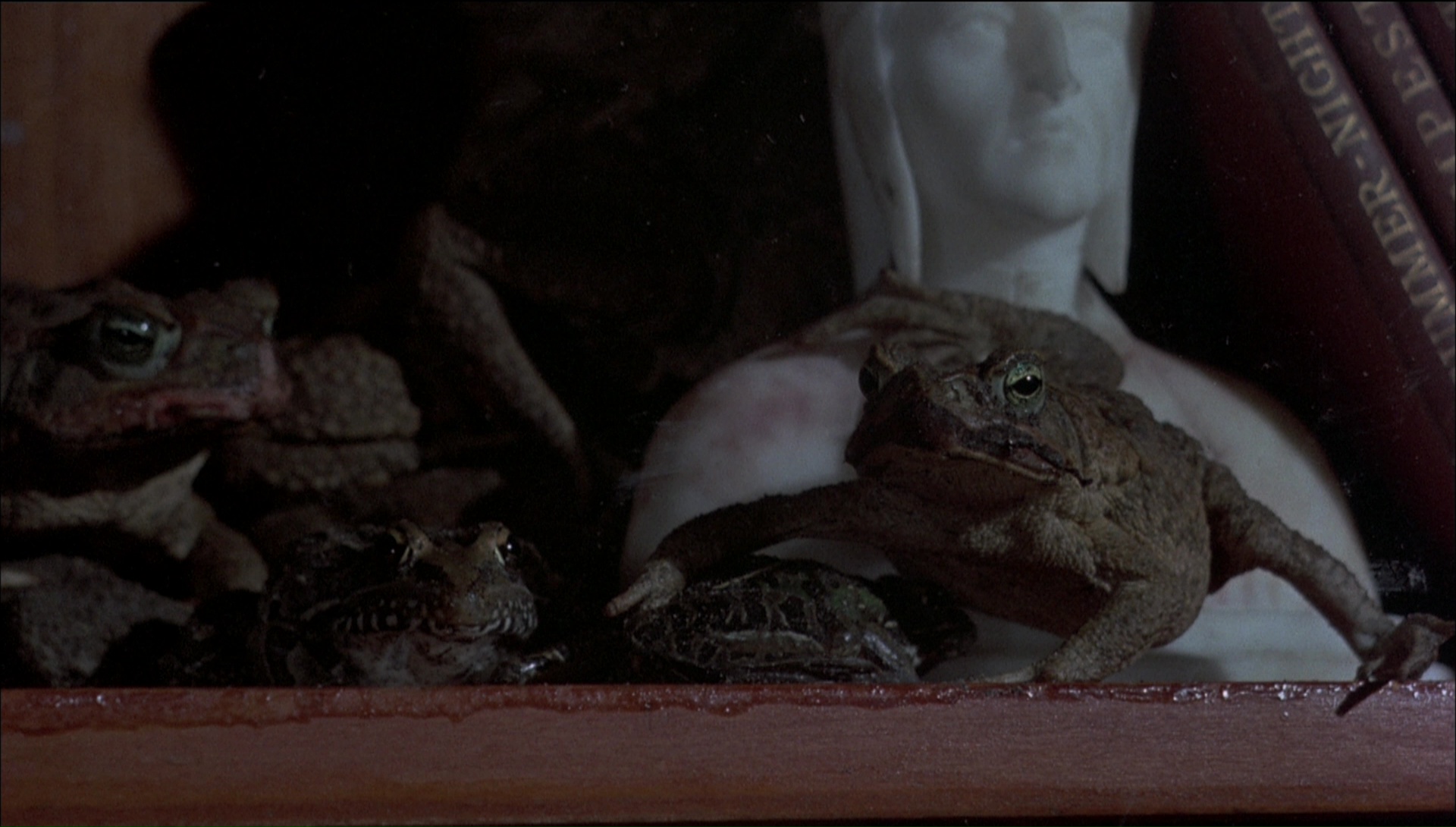 Frogs looks and feels like a real horror movie even during its most ridiculous moments. The setting is surprisingly atmospheric, with one swimming sequence that predates Jaws by several years. The 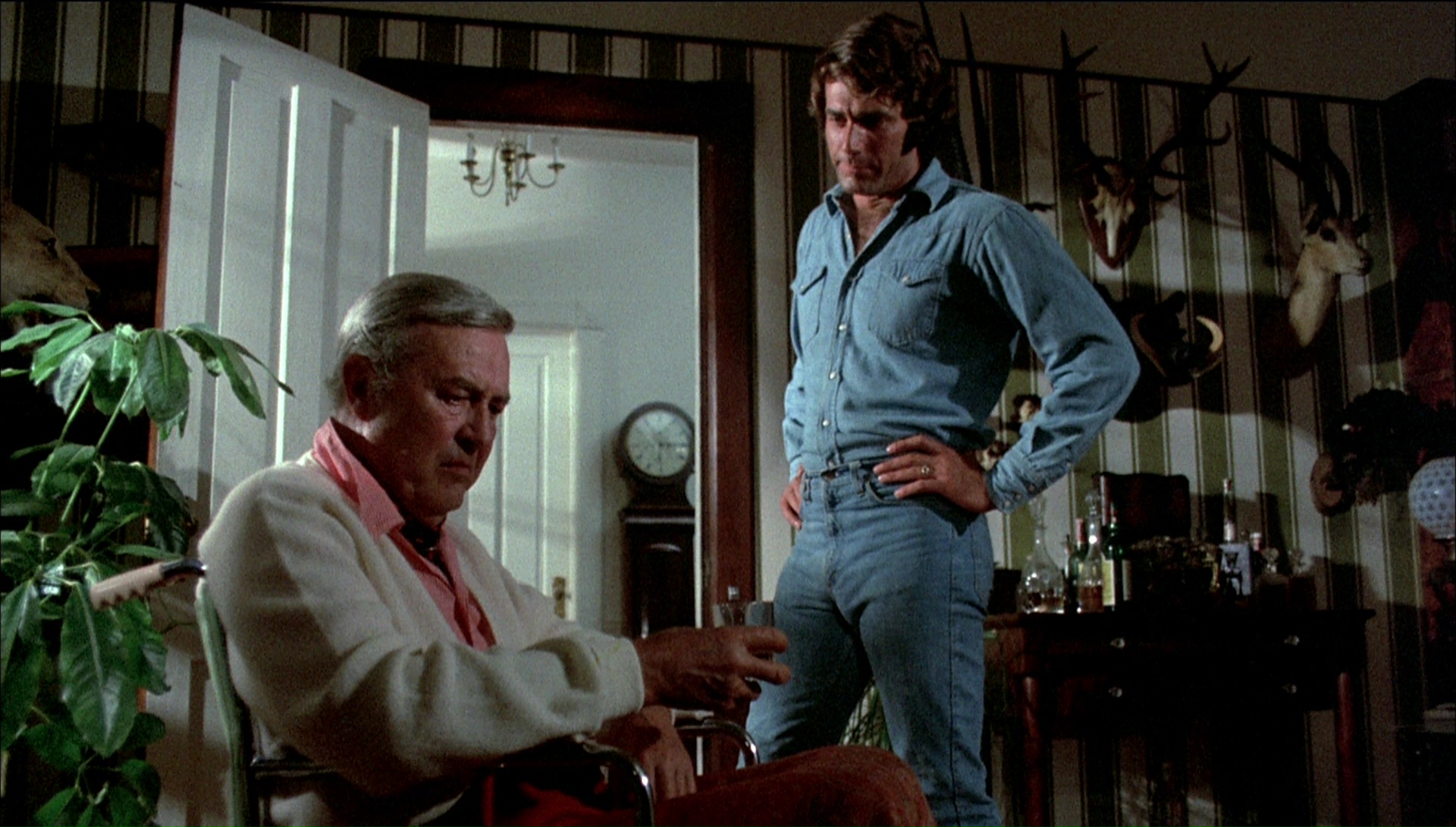 environmentalist message is regularly hammered home right from the opening credits, which linger obsessively on the pollution piling up along the waterline. Regular AIP composer and loungemaster Lex Baxter is credited with the music score, which more often than not is indistinguishable from the croaks and ambient swamp noises on the soundtrack.

MGM released Frogs on DVD in 2000 featuring their common flippers approach at the time with a widescreen version on one side and a full frame one on the reverse. The latter option opens the matte on the top and bottom but looks very dull, while the letterboxed version is better composed and considerably sharper. The cheapo film stock and erratic lighting produce some weird effects from time to time, but for its vintage the film looks great, almost unrecognizable compared to the muddy old Warner VHS tapes. The disc also includes an inexplicably squeezed theatrical trailer which sells the film in high style.

Scream Factory eventually tackled the film for a Blu-ray release in 2015, paired up as part of an eco-horror double feature with Bert I. Gordon's The Food of the Gods (which should've been put with Empire of Ants instead, 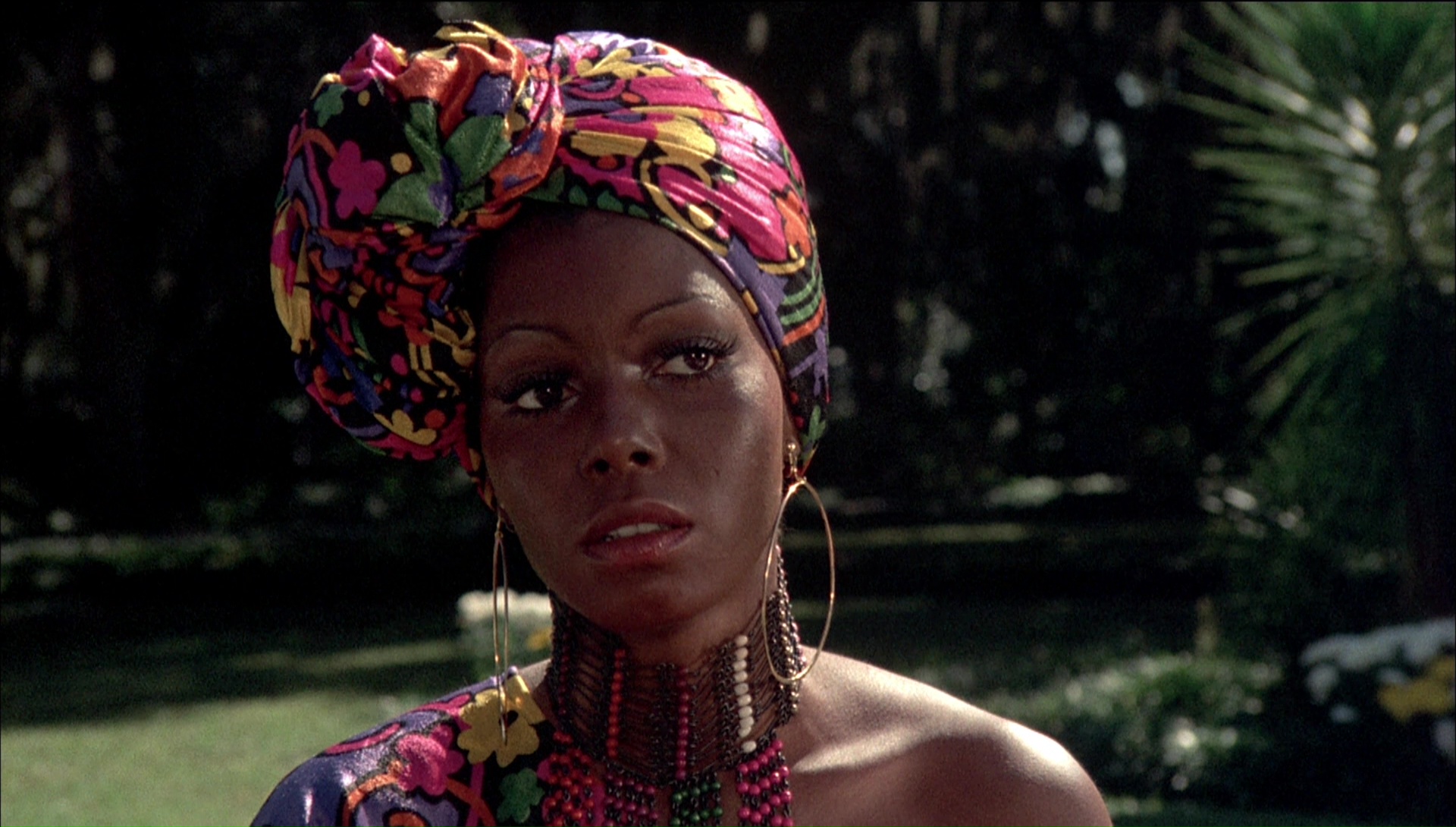 but at least we have 'em all in HD one way or another). 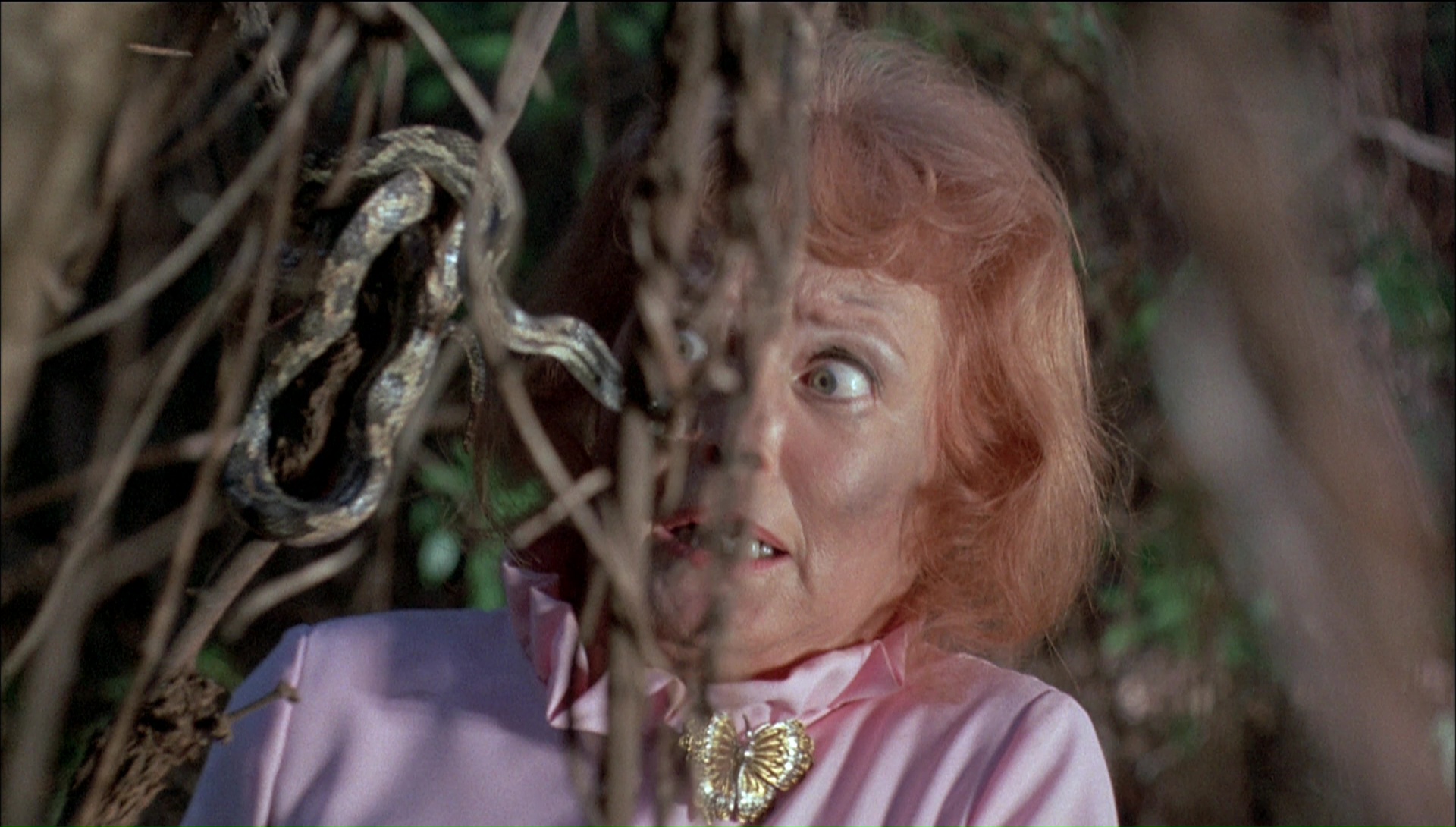 The transfer looks great considering the challenging source materials, which can look dark and clumpy at times but still have that vibrant AIP color palette. The LPCM English mono track sounds excellent, while extras consist of a trailer, radio spot, photo gallery, and a fun 10-minute audio chat with Van Ark about getting her start in showbiz with this unlikely film and using it as a springboard to soap opera glory.

The following year, 88 Films gave the films its UK hi-def debut with a different edition usnig the same solid MGM master, here encoded a bit more generously but very similar in terms of detail and grain resolution (with LPCM audio as well). The trailer and a photo gallery are welcome additions, but the one major new extra hre is the 18-minute "Today the Pond... Tomorrow the World" interview with actor David Gilliam. He talks about his '70s work (including how he inadvertently became the first actor Clint Eastwood ever directed, as "gay young man" in Dirty Harry) and getting involved with AIP for this, his second feature. It's quite an interesting snapshot of the studio at a transitional point in its history, discussing the eerie shift in attitudes in the deep South compared to the West Coast, the derogatory treatment he received from Milland (possibly in character), and the general sense of Cold War paranoia still in the air at the time. He's cheerful about the odd quirks of working with crocodiles and big spiders, too, with the latter having to get refrigerated for a while to slow them down!