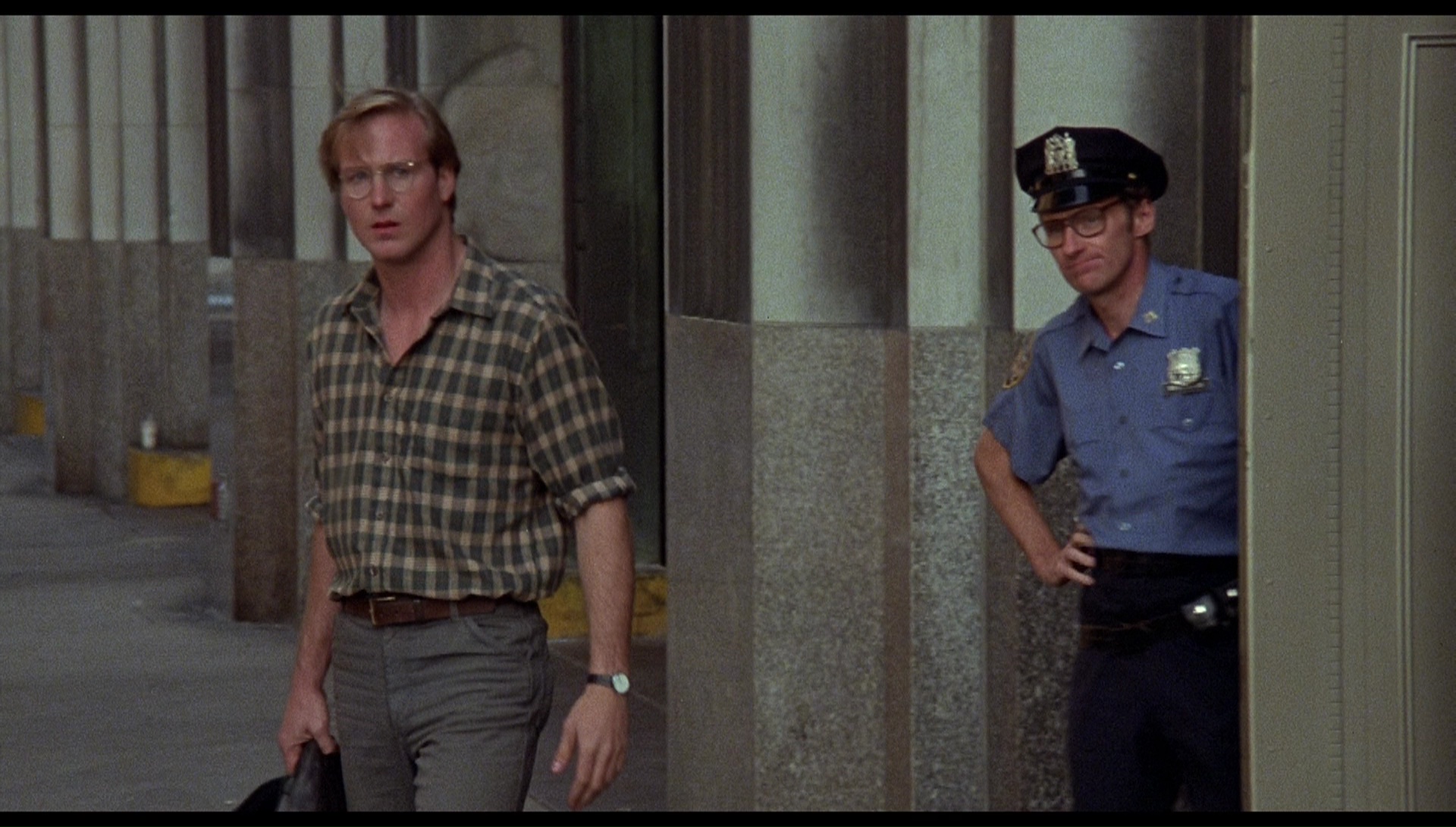 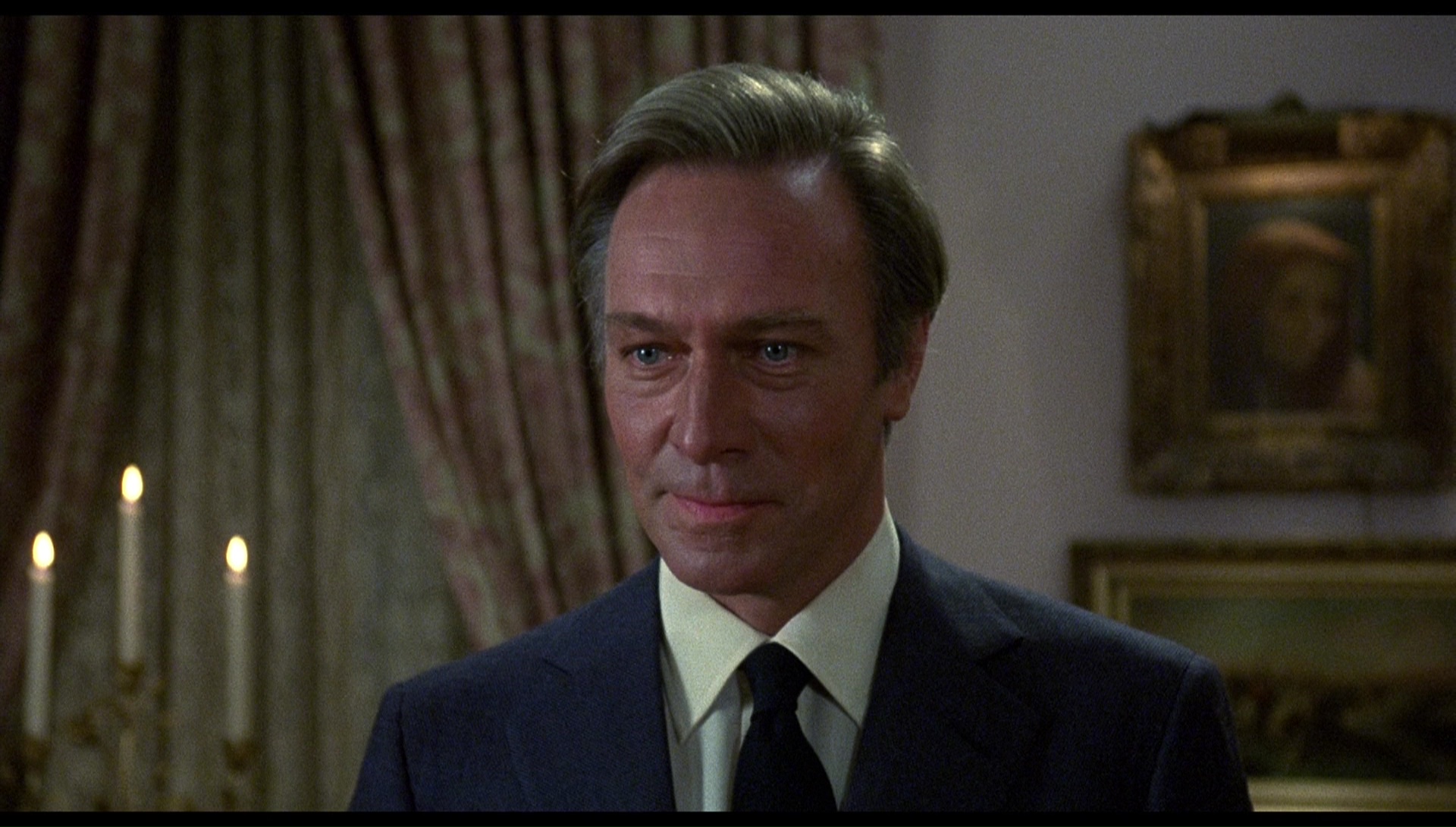 One of the most reliable thriller directors of his era, Peter Yates excelled in lean, exciting films like Bullitt, The Friends of Eddie Coyle, and Robbery, as well as the not-so-lean The Deep. His first '80s thriller (following his most acclaimed drama, Breaking Away) was this enjoyable entry in the decade's early fascination with media consumption, also found in films like Wrong Is Right, The Seduction, and Fade to Black. Here the focus is on the evening news, specifically reporter Tony Sokolow (Weaver), whose TV appearances are recorded (on Beta!) by smitten janitor and Vietnam vet Daryll Deever (Hurt).

The thriller element kicks in soon when a man is murdered in the New York office building where Daryll works the graveyard shift, a duty he splits with fellow janitor Aldo (Woods). When Tony is sent in to investigate, he uses the fact that he found the body to catch her interest and drop clues that he might have more information tucked away that she could find useful. The ruse works and a potential romance starts to blossom, which is complicated by Tony's relationship with Joseph (Plummer), an aggressive activist in using foreign financing to get persecuted Jews out of communist countries, and the fact that Aldo's determined to match his sister (Reed) up with Daryll. Soon the persons responsible for the murder believe Daryll's claims (despite the fact that he never claims to be an eyewitness of any kind), putting both his and Tony's lives in peril.

Beautifully shot with an emphasis on mood and nocturnal Manhattan atmosphere, this is exactly the kind of enjoyable, character-driven film designed to be watched late at night. Hurt (fresh off of Altered States and seen 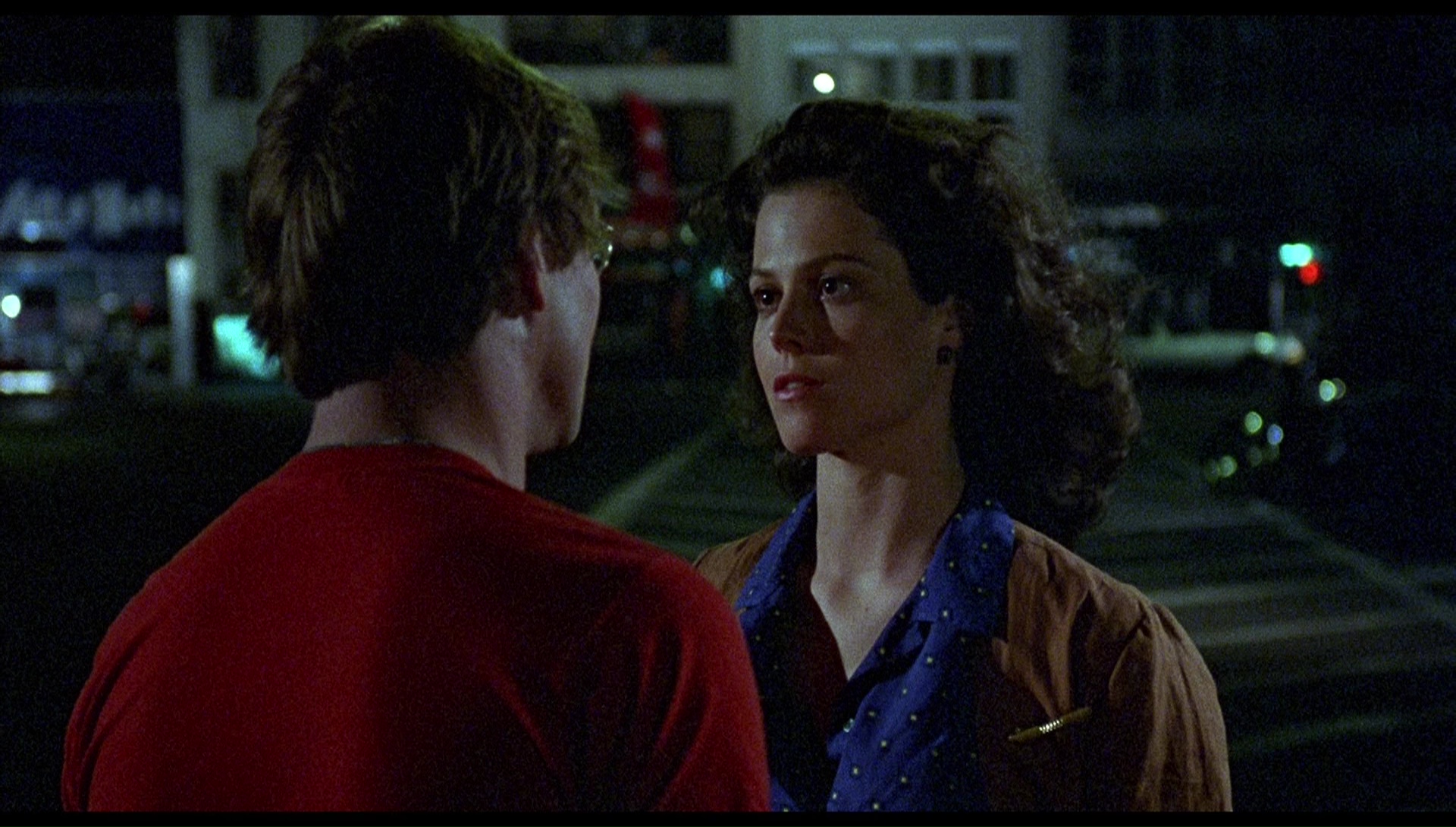 around the same time in Body Heat) and Weaver make a likable couple, and it's 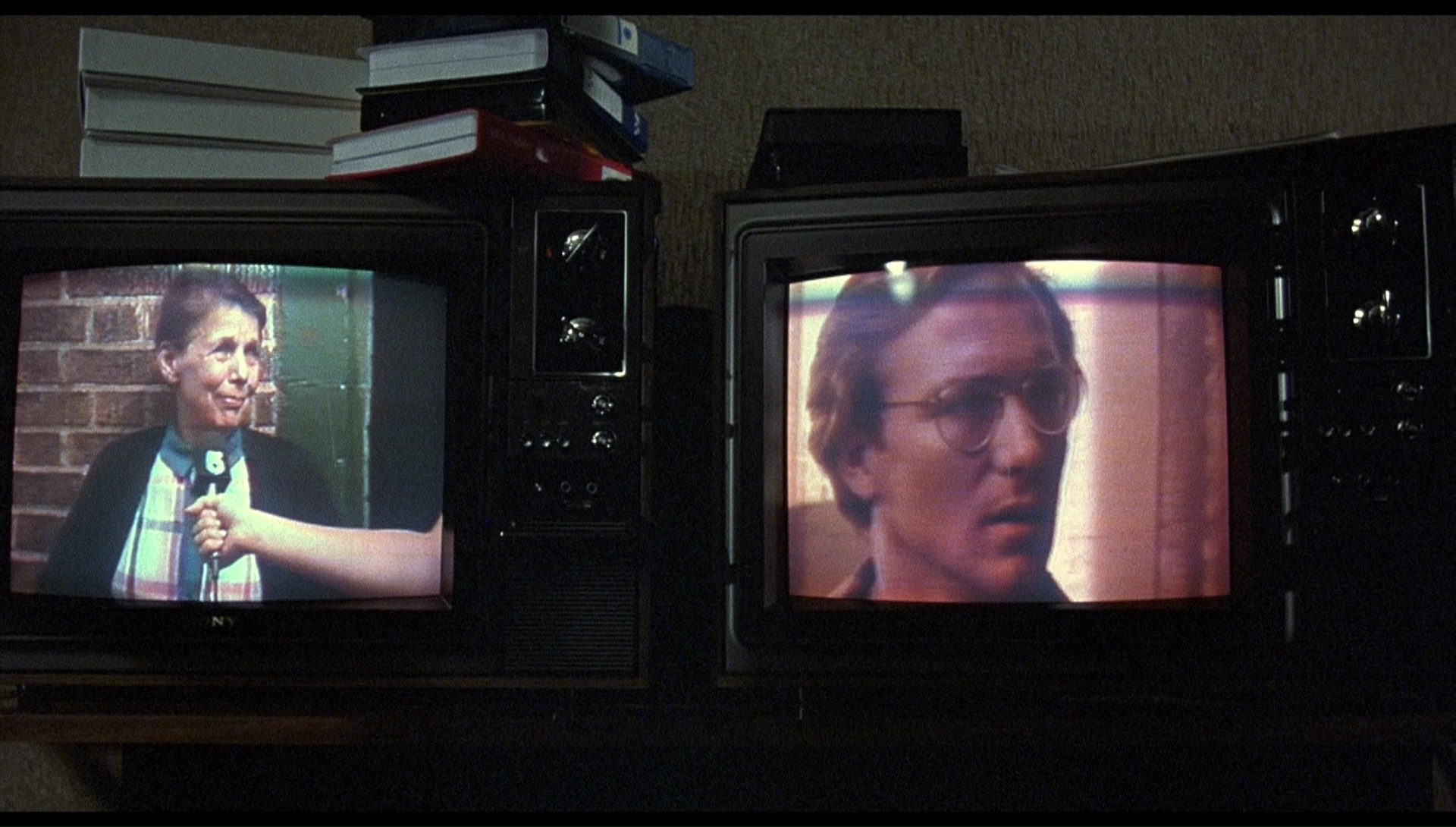 given a dash of class by having Weaver be an aspiring pianist on the side and a regular fixture in Plummer's high society fundraising shindigs. The plot twists aren't anything terribly shocking, but the solid character work from everyone involved (including nice bits for the legendary Irene Worth and even a young Morgan Freeman) keeps it all on track.

Anchor Bay issued the film on DVD in 2005 as part of a deal with Fox, featuring an anamorphic transfer, a trailer and TV spot, and an audio commentary with Yates moderated by Marcus Hearn. It's a dry but informative look at the making of the film including its various titles (written as The Janitor Can't Dance and released as The Janitor in the UK), the working relationship with writer Steve Tesich (who won an Oscar earlier for Breaking Away and would go on to write The World According to Garp), the lessons learned from director Tony Richardson, the two scripts fused together to make this one, Weaver's extensive experience on the streets with real TV units, and the differences between the British and American film industries.

In 2016, the film made its Blu-ray bow from Signal One in the UK with a simultaneous DVD release. The HD transfer created by Fox (which had bowed on some cable channels about a year earlier) is a very welcome step up from the DVD with accurate colors, a nice level of natural film grain, rich textures, and deep black levels. 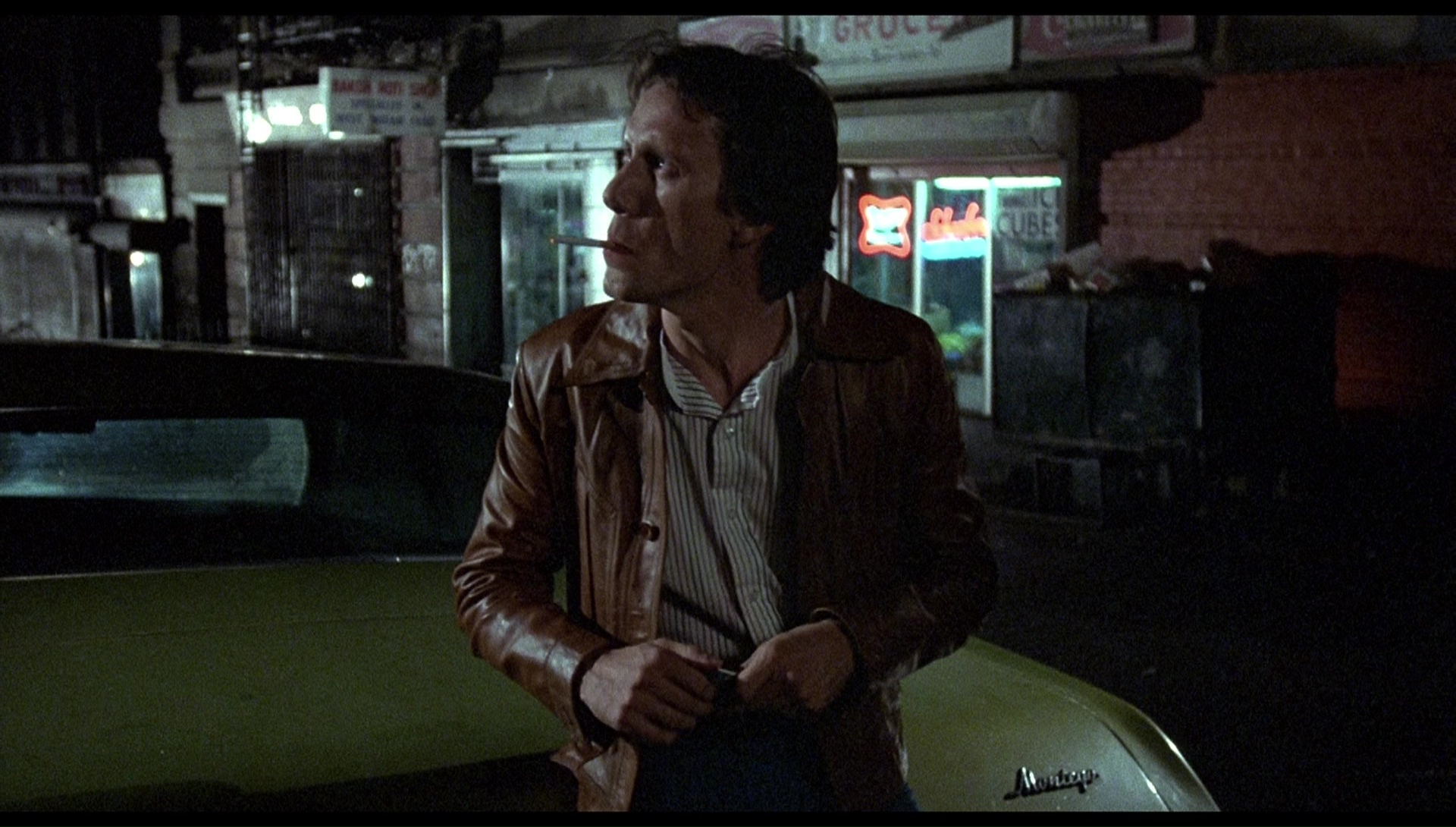 As far as early '80s film transfers go, this is pretty much ideal. The LPCM English track sounds clean and clear, and optional English subtitles are provided. The Yates commentary, 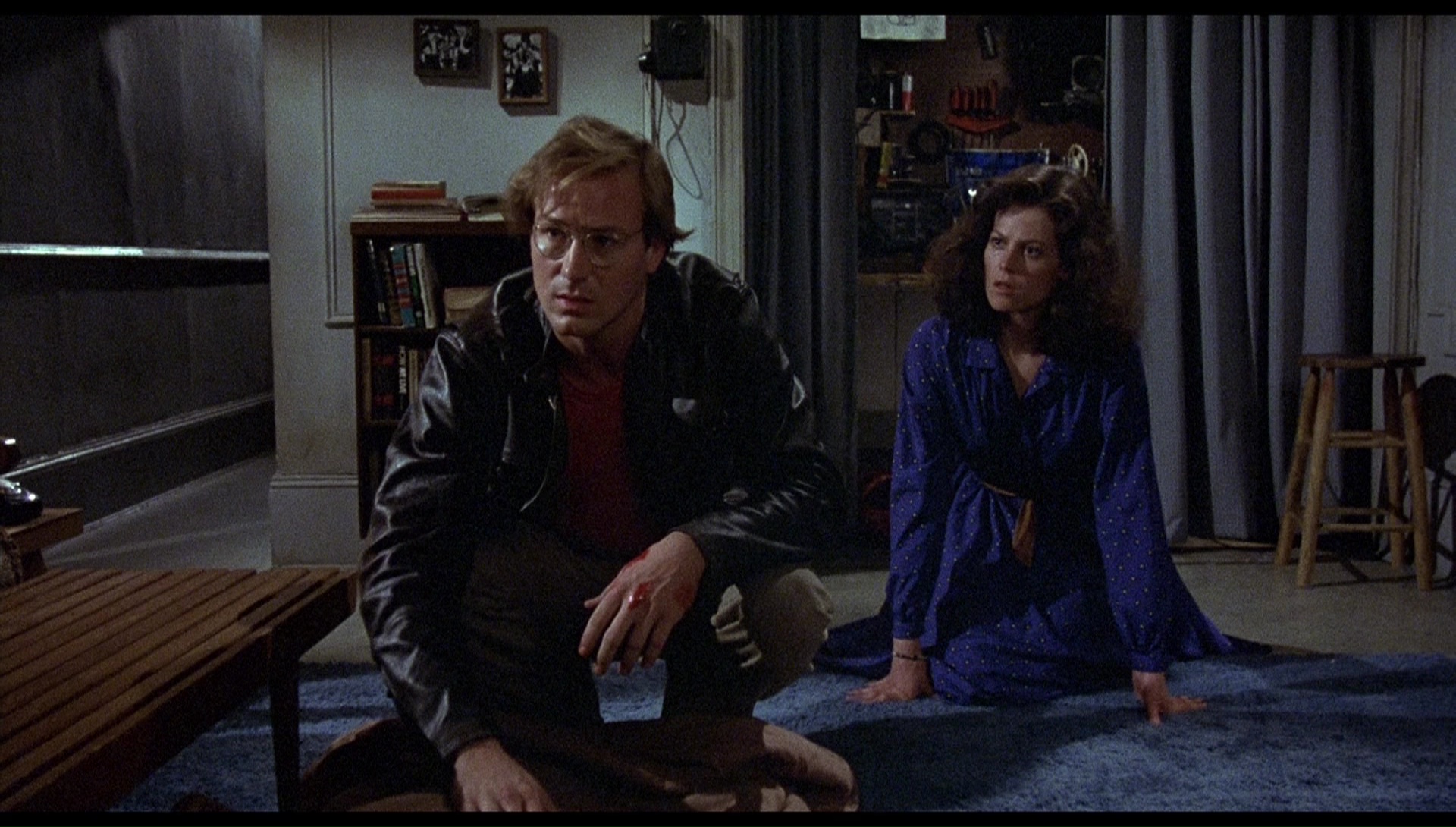 trailer, and TV spot are carried over, while a new audio track features a conversation with Yates and Derek Malcolm conducted soon after the completion of Krull in late 1982 (which gets a lot of discussion). It's a nice career overview with everything from Steve McQueen and his TV days to his Hollywood tenure covered in great detail. Yates also turns up for a 78-minute video Q&A with Quentin Faulk recorded in 1996 at the National Film Theatre, starting off with a discussion of the Bullitt car chase and then moving through the rest of his filmography with quite a bit on Breaking Away. (Don't turn this one up too loud -- the microphone gets bumped a lot!) A new interview with Tony-nominated composer Stanley Silverman entitled "Viewing Notes" runs 21 minutes and charts a fascinating story about his musical upbringing in New York's arts community through big band and jazz orchestra music, his one-film gig here with Yates and his love of its sound design, and the musicians' union strike that threw a wrench in recording the soundtrack. Also welcome here is the inclusion of the UK VHS version as The Janitor, which is presented completely open matte and comes with lots of VHS-related glitches like jumpy tracking and rolling lines. This version clocks in just under a minute longer for some reason, presumably due to film speed adjustment when it was being converted from PAL.