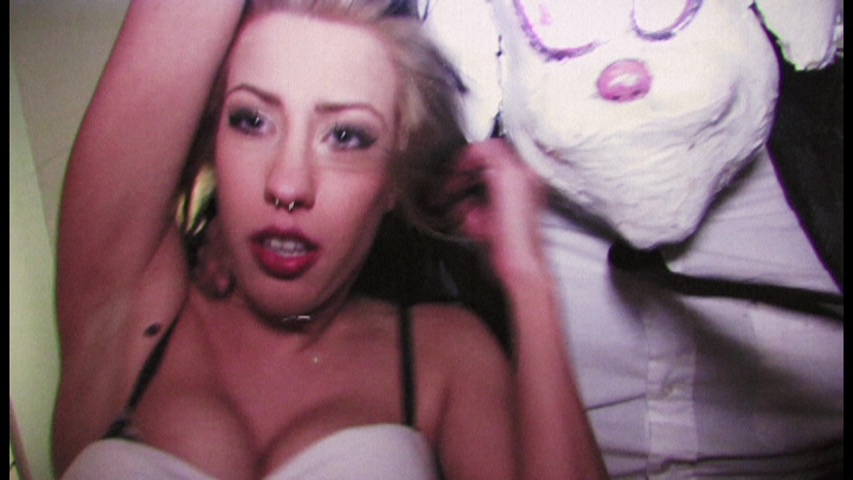 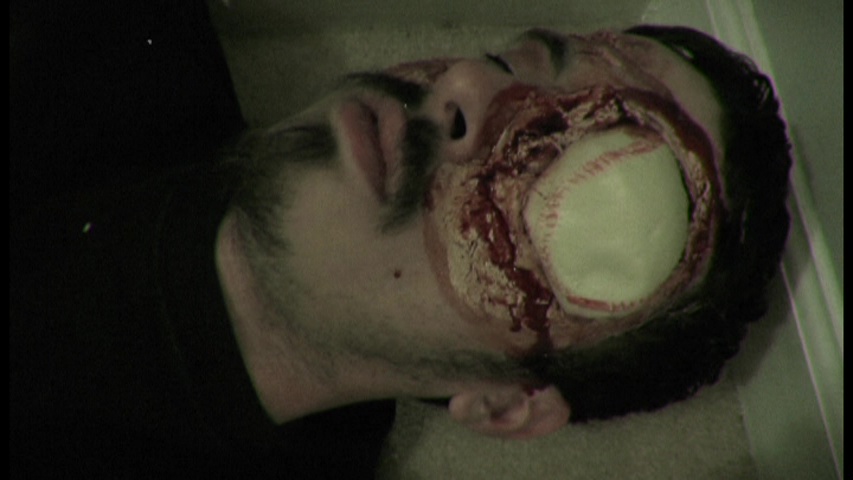 The massive surge of worldwide passion for slasher movies in recent years has resulted in a scramble to cover some of the holidays left unexploited in the original run of ‘80s classics, and somehow 2014 managed to produce no less than two films devoted to everyone’s favorite rabbit-themed special day thanks to The Night Before Easter and Easter Sunday. (No one seems to have tackled Palm Sunday, Ash Wednesday, Rosh Hashanah, or Columbus Day yet, but it’s only a matter of time.) Primarily funded by a Kickstarter campaign, Easter Sunday features – what else? – a maniac on the loose in a bunny costume, hacking up a score of young, clueless fresh meat while delivering a string of bad jokes. In other words, it’s exactly what you’d expect and designed to be watched very late at night with the minimum amount of operating brain cells possible.

After murdering his family and some other unlucky folks on Easter Sunday, unhinged and wisecracking Douglas Fisher is put out to pasture by the local police while wearing a bunny mask. Over two decades later, some teenagers in an amateur rock band called Heartbeaters are busy chronicling their exploits on video under the guidance of lead singer Jeremiah (director Morehead), who warns them not to bring up Easter since one of their members, Ryan (Delgado), has just found out that he's 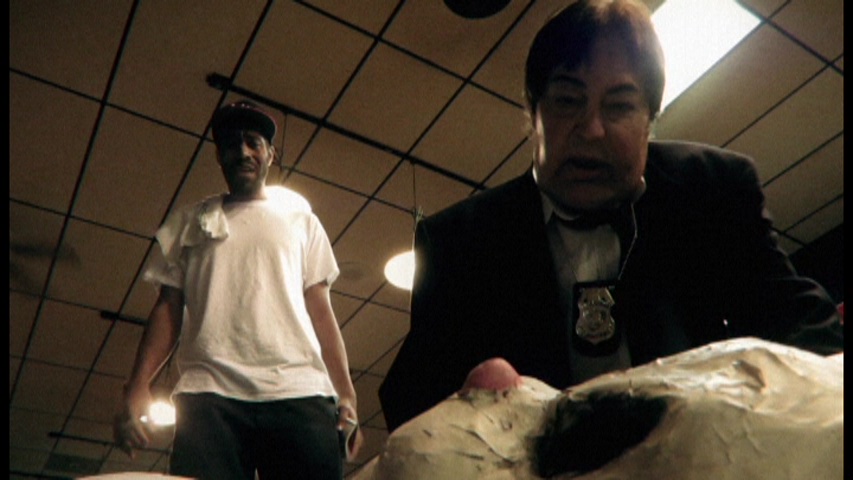 actually related to the notorious murderer. That doesn't last for long though once everyone decides it would be 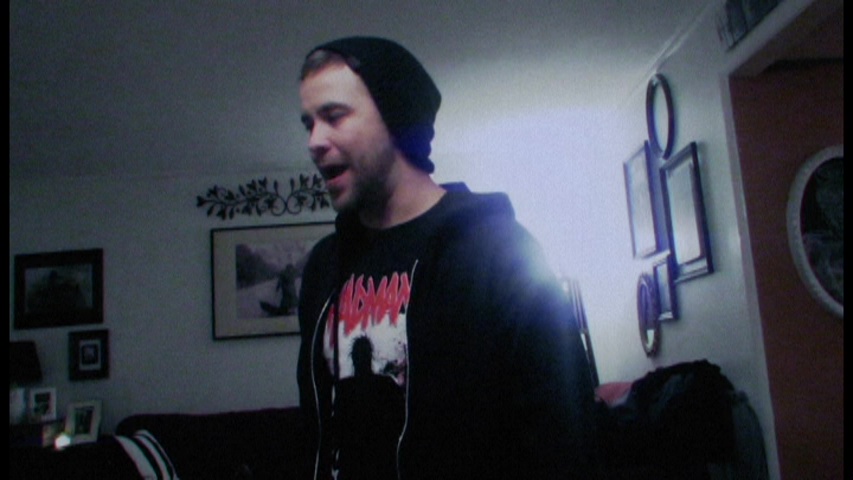 great to celebrate the holiday by gathering around a campfire and using an ancient tome to resurrect the legendary lunatic from his grave, which of course results in an axe-swinging killing spree that puts the entire town in jeopardy. Egged by his crazed evil goateed mailman disciple (an extended cameo by Lehman, a.k.a. young Jason from the original Friday the 13th), a glowing-eyed Fisher runs amuck through confessional booths and bathtubs with wild abandon. Heads and limbs fly along with the one-liners, and local sheriff Robert Z’Dar (in one of his last roles), who took down Douglas the first time around, has a few sage words of advice and a handy gun to offer before the final showdown against the hoppity menace.

Extremely jokey and self-aware right from the opening scene, this is the kind of homemade project that will either have you chuckling or groaning right away. The gag-delivering slasher is something that didn't really take off until the later Freddy films, and horror fans remain split on how effective it is today; therefore, your mileage may vary. The film offers a mixture of effective old-school gore effects and, unfortunately, a few too many CGI kills, including a tacky beheading and a gag involving a naked girl split in half that seems like a Jason Goes to Hell homage gone very wrong. Interestingly, the film doesn't shy away from the religious nature of the holiday including an extended sequence in a church, 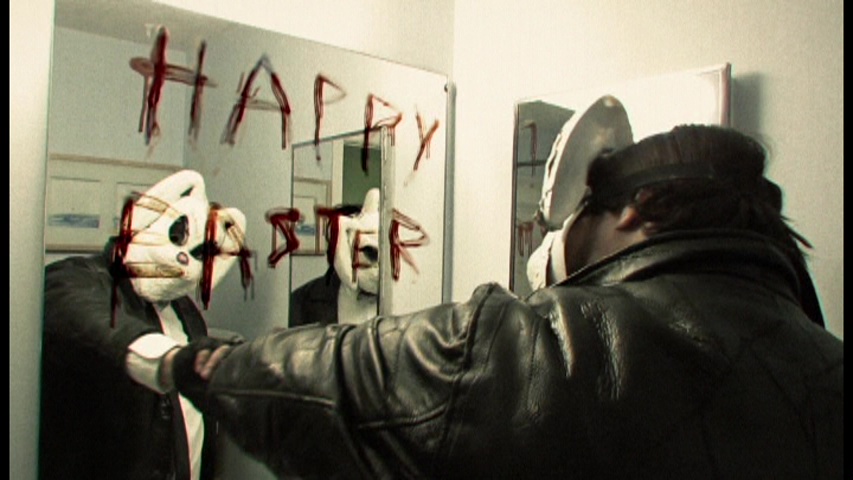 and first-time filmmaker and star Morehead actually does a pretty credible job as the leading man. (The rest of the actors are, to put it mildly, all over the place.) You can expect the usual nudging references to other slasher films, too, including a Madman T-shirt and a goofy finale scene referencing Lehman's big claim to fame. In short, it's a diverting addition to the wave of neo-slasher sagas that seem to pop up every month, delivering enough blood and T&A to keep you distracted. 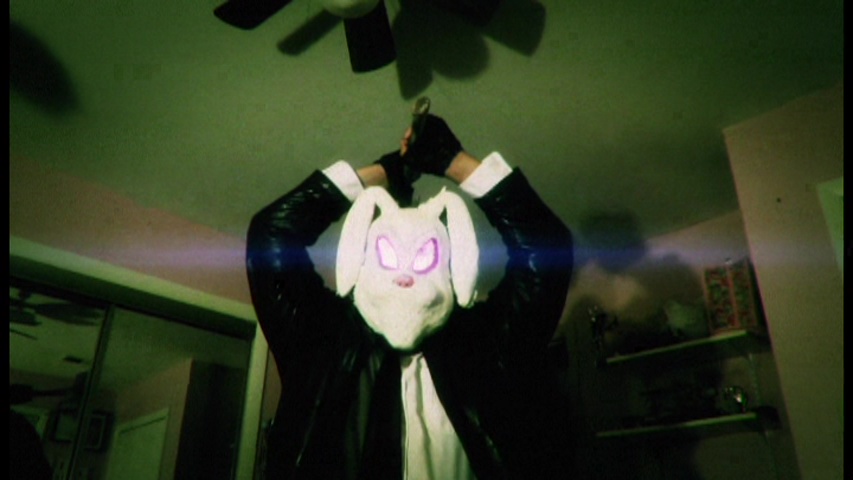 Though it took a while to get out there, Easter Sunday finally rose up on DVD from Camp Motion Pictures in 2017 in a respectable edition that presents the haphazardly shot feature about as well as possible. (Let's say that lighting and framing aren't exactly the strong suits here.) The Dolby Digital stereo track sounds fine for what amounts to a very undemanding sound mix. The trailer isn't included (it's all over the place online), but the main extra here is a 61-minute(!) making-of featurette that covers the crowdfunding process, casting, green screen work, the director/star's voluminous horror video collection, and loads of Z'Dar coverage. The disc is filled out with a bunch of bonus Camp trailers including Alone in the Ghost House, The Basement, Call Girl of Cthulhu, From Parts Unknown, Killer Rack, Rotgut, and Scarewaves.