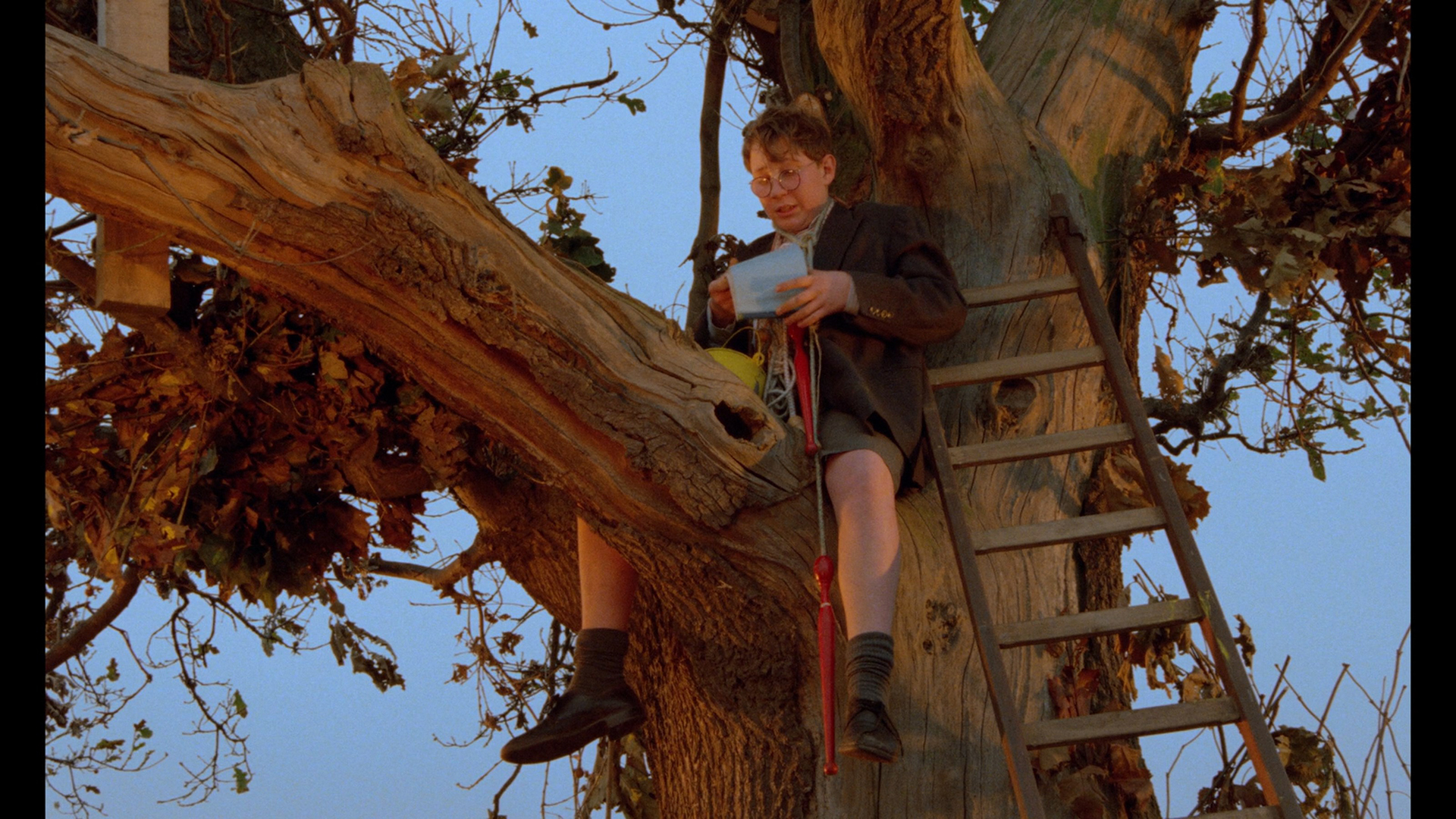 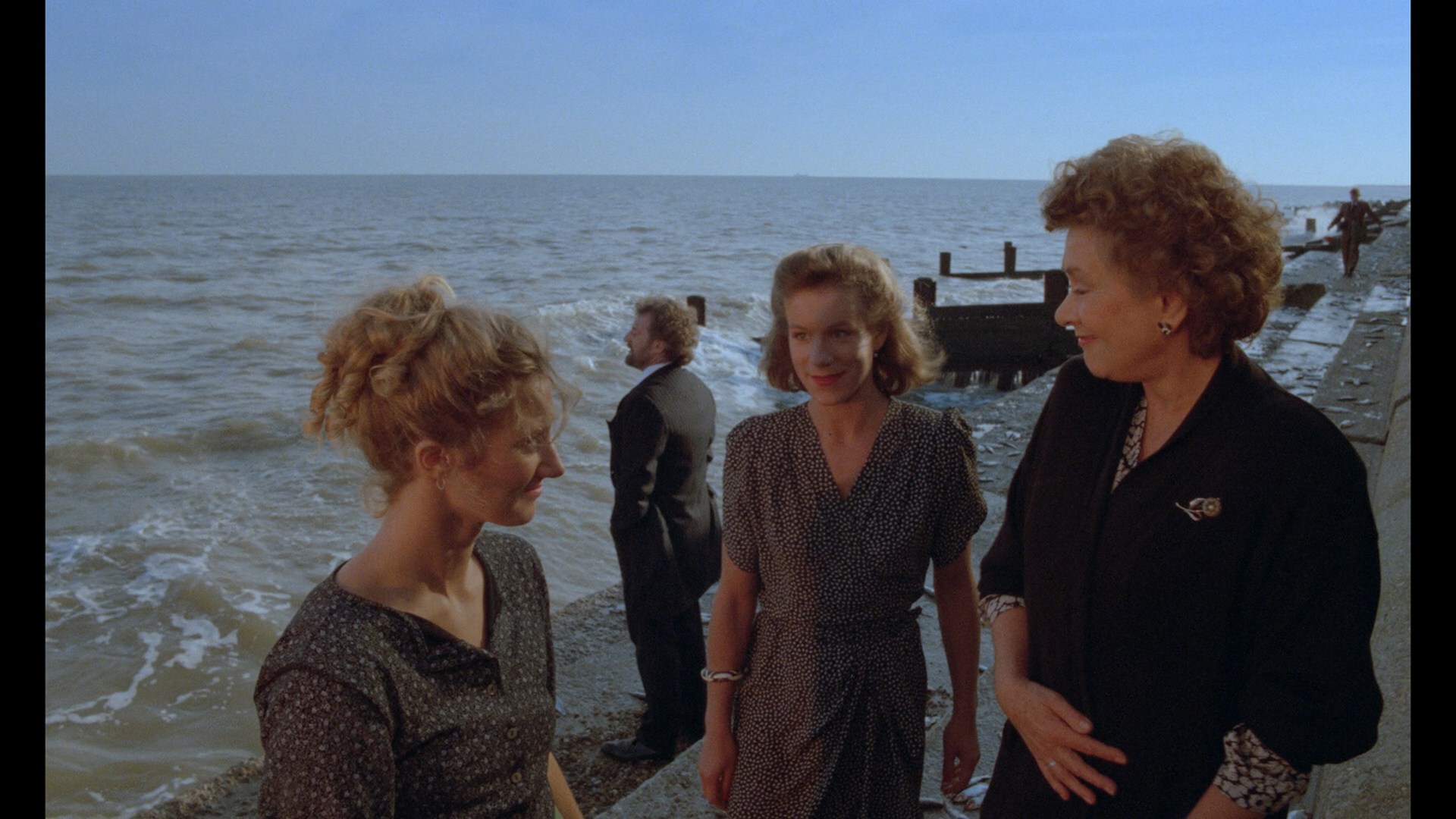 A Zed and Two Noughts and The Belly of an Architect, director Peter Greenaway returned to the sardonic countryside of The Draughtsman's Contract for another tongue-in-cheek murder yarn, Drowning by Numbers. Easily his most playful film in every sense of the term, this tricky and often charming film boasts some of his wittiest dialogue and makes for an ideal introduction for newcomers compared to his more experimental works.

In the middle of the night, aging Cissie Colpitts (Plowright) watches her drunken, adulterous husband frolicking in a tin bath with a naked woman. Cissie calmly decides to drown him and turns to the local coroner, Madgett (The Lord of the Rings' Hill), convincing him to pass off the death as a heart attack. The lovelorn and game-obsessed Madgett reluctantly agrees, but trouble begins when the neighbors begin to suspect something is amiss. To make matters worse, Cissie's daughter (Stevenson) and niece (Richardson), both named Cissie as well, decide to drown their husbands with Madgett's aid, promising sexual favors but delivering little. Meanwhile Madgett's peculiar son, Smut, develops an unhealthy fixation with the constellation-counting girl next door, leading to a climax filled with ironic tragedies.

One of the most sumptuous European films ever made, Drowning by Numbers revels in sun-dappled fields, moon-washed forests, and rippling bodies of water. All of the performers rattle off their tricky patter perfectly, and Greenaway loads the films with an encyclopedic collection of games, both literal 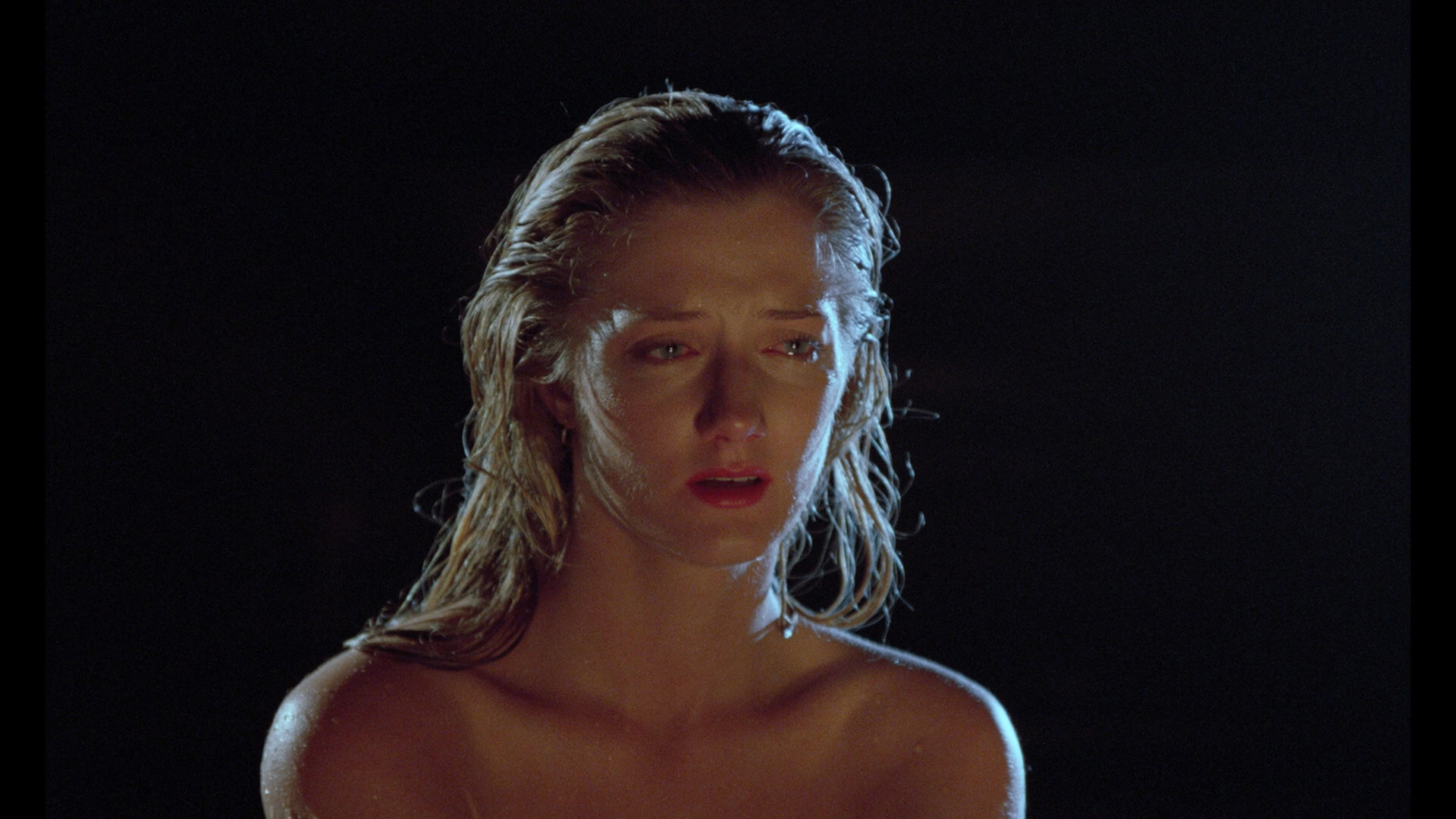 and psychological. The film also features his most audacious and entertaining visual gimmick, outdoing the sequential drawings of Draughtsman or the color-coded rooms of The Cook, the Thief, His Wife and Her Lover. Here 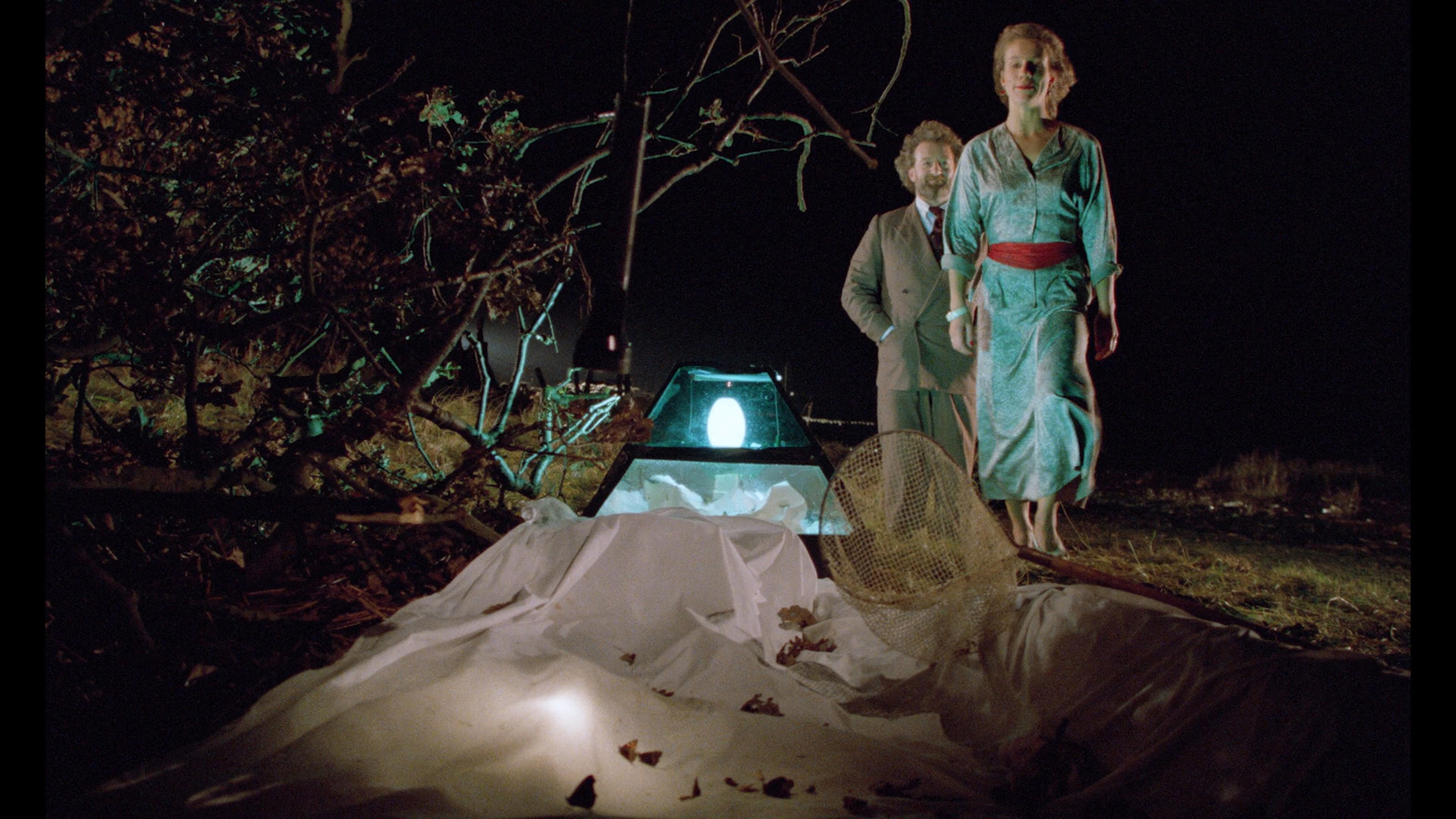 the numbers 1 to 100 are contained within the film, in order, hidden somewhere in the frame from the first scene to the last; thus, viewers can either focus on the plot or simply have fun playing numeric hide and seek. This William Castle-style device is also thematically appropriate, drawing the viewer into playing along with the characters and firmly announcing when the game is finally over.

The trademark Greenaway nudity is still in abundance, too, with the shapely Richardson getting most of the attention, but the sexual and violent content is extremely mild (even borderline mainstream) compared to his subsequent work. Sonically this may be his richest film as well thanks to Michael Nyman's astonishing score, partially derived from Mozart and filled with moments of musical brilliance. A wonderful treasure of a film well worth exploring.

Most video editions of Drowning by Numbers have been quite a mess. The attractive but full frame and optically censored Japanese laserdisc and initial DVD (from CUlture) offered a compromised version of the film, while the uncensored US laserdisc and VHS from Live were horrendously cropped on all four sides and suffered from a bright pink tinge over the entire film. As of this writing, that's also the last time the film has been available 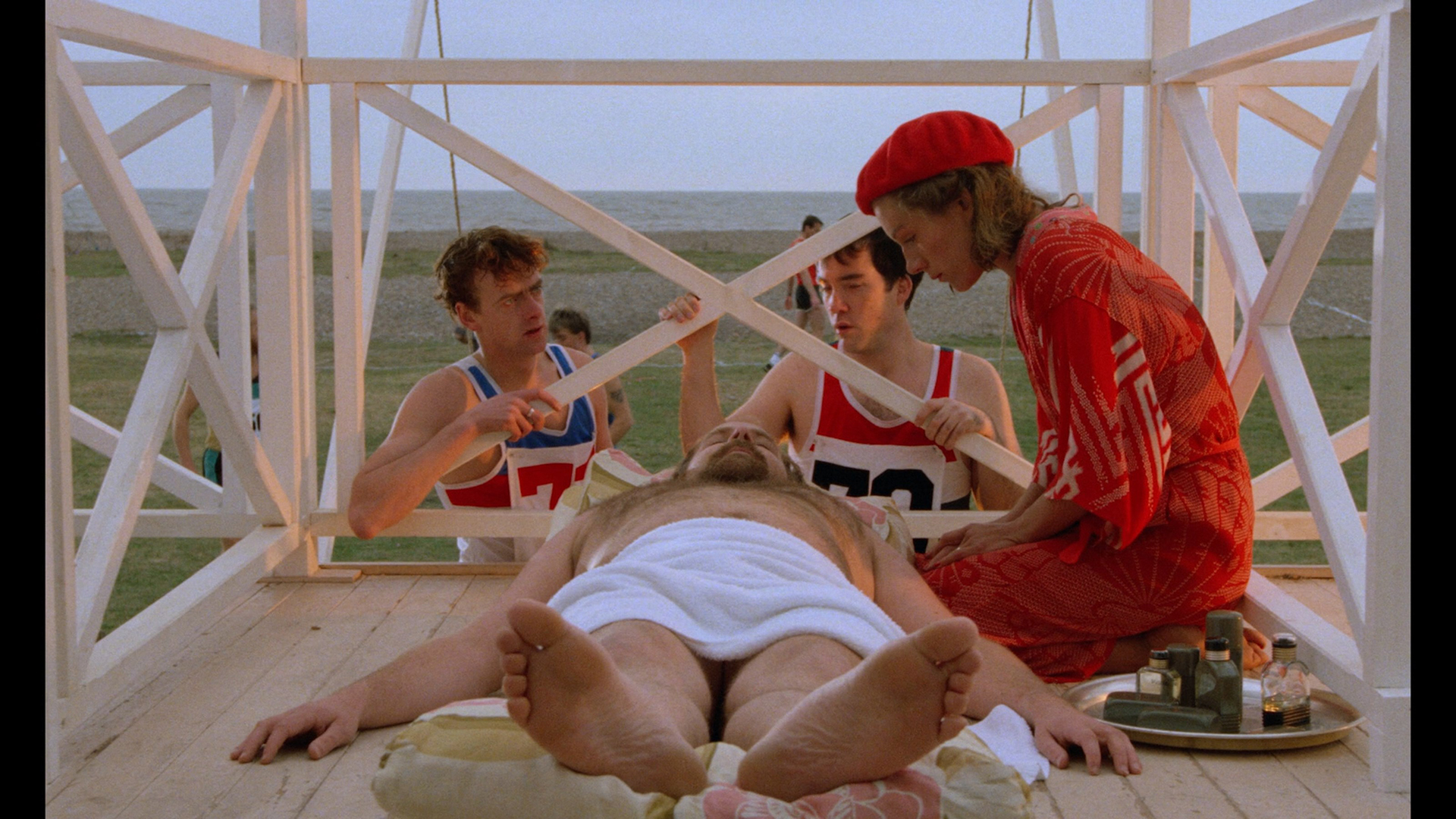 commercially in America at all.

The Australian DVD was a bit of a step up though still imperfect. Image quality is on the soft side but colorful, with the first truly accurate flesh tones of any home video version. The film was shot partially open matte 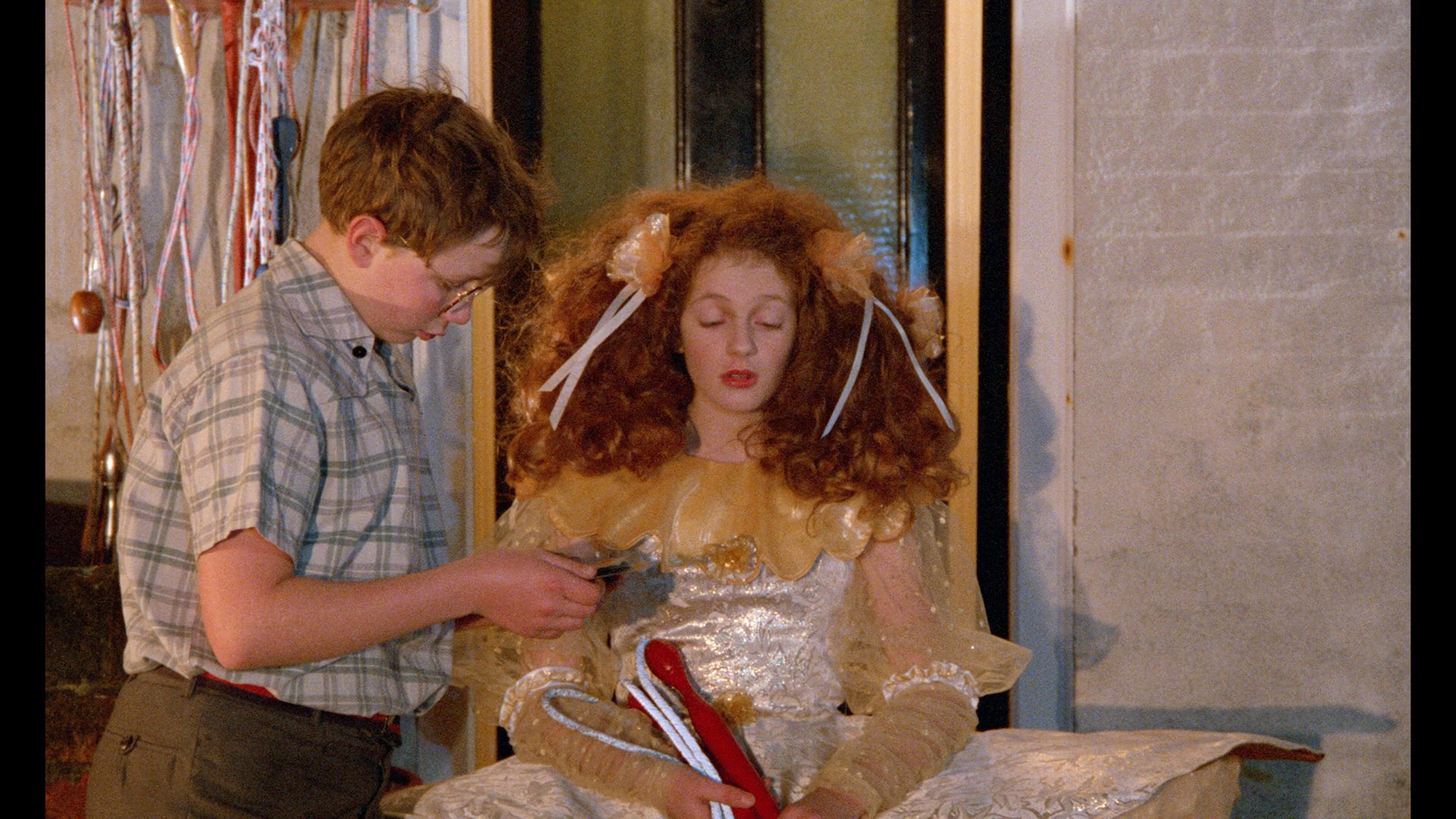 (most exteriors) and hard matted at 1.66:1 (interiors), so the DVD presents more image than prior options. While compositions are mostly preserved, TV overscan may still trim a bit off on the right side, depending on your monitor setting (e.g., try to spot the number "12" in the film). The film contains a Dolby Stereo tag on the end credits, and while the US laser had muddy sound with often indecipherable dialogue, it was barely stereo; the two DVD editions are mono, while the Australian one offers a slightly more active mix. Above all, the Australian DVD is probably the only time you'll ever see a chapter stop entitled, "Do All Fat Men Have Little Penises?" The DVD also promises a theatrical trailer, which would be fine except it's really promotional trailers for Raining Stones and Bhaji on the Beach. The full frame Russian DVD offers a comparable video and audio presentation.

As far as DVDs go, the Japanese reissue from King is really the way to go. Trumpeting a newly remastered anamorphic transfer, it's a huge step up in clarity (you can finally make out the nocturnal details during the opening credits), with the most available image information on all four sides during interior scenes (the 1.66:1 framing looks dead-on here). Colors are slightly more muted 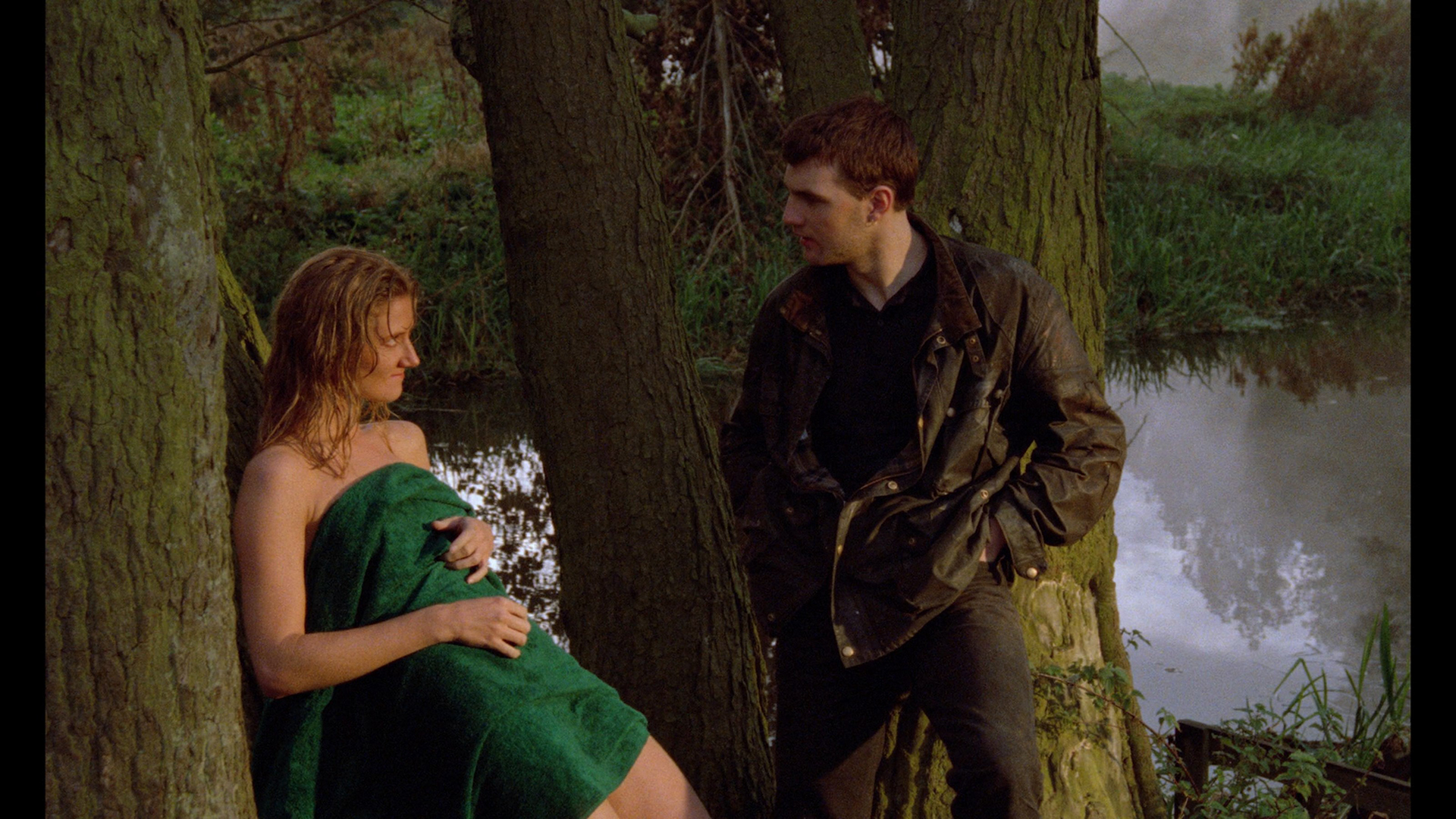 and naturalistic, but this looks closer to the theatrical prints. Best of all, the stereo mix is terrific with much clearer channel separation, besting even the movie theater experience. Also, this is the only version that really does deliver a theatrical trailer; it's the one prepared for the initial UK showings, and like most of Greenaway's trailers, it's very slow and oblique. 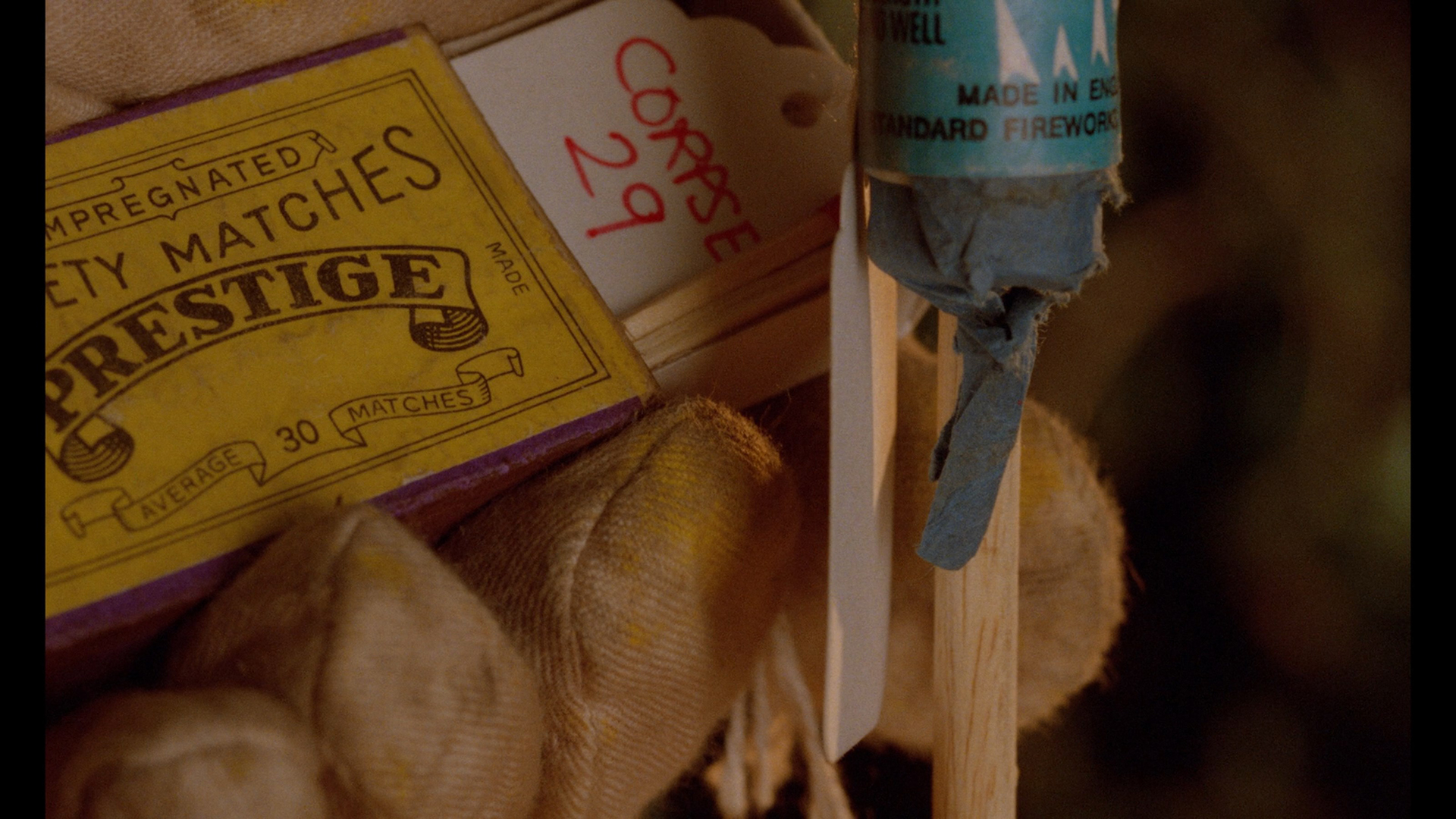 In 2015, King revisited the film for a Japanese Peter Greenaway Blu-ray boxed set packaged with Prospero's Books and The Baby of Mâcon. The HD transfer unveiled here is really gorgeous, bringing out a fantastic sense of depth and detail in the film's many dense, layered compositions. You can also make out some crucial actors' expressions in wide shots that couldn't even be seen in the theater, so it's safe to say this is about as good as you're likely to see the film, period. The beautifully rustic color schemes also get a nice boost with a stronger presentation of those sparing but very effective splashes of pink and red lighting at key moments. Really gorgeous. The DTS-HD MA stereo track sounds marvelous as well with that beautiful Nyman music coming off especially well. The Blu-ray is bare bones, however, so completists may want to hang on to the DVD for that trailer.

Soon after, a UK Blu-ray was released from MediumRare obviously taken from the same HD master originally prepared by Universal. Framing, detail levels, and compression settings are comparable, but the black levels are quite different with the UK one looking a few notches brighter; this brings out a bit more detail but considerable film grain in the process, also making the film look paler and flatter. It's still a very impressive presentation and miles ahead of its SD predecessors, but the Japanese one still wins out since it more accurately captures the rich, painterly look of the film as it appeared in cinemas. Frame grabs seen above are from the Japanese release, but you can see comparable ones from the UK disc by clicking here, here, here, here, and here. The audio is LPCM stereo, very similar to the Japanese track, and welcome optional English subtitles are provided. However, the UK disc easily wins in the extras department courtesy of the inclusion of the original "Fear of Drowning" short film (created on SD video by Greenaway) offering a breakdown of the film's themes and recurring motifs; the transfer here is easily the best this has looked on home video (or TV in general). Equally valuable is a new HD, 35-minute interview with Greenaway, who offers another of his takes on the squandered potential of cinema and how he wanted to explore the possibilities of the medium with this film including the role of numerology. Finally the set rounds out with an 11-minute excerpt about the film from the Sight on Sound podcast about Greenaway, offering a succinct analysis of the film's place in the director's canon and a study of the film's enduring, darkly comic appeal.