In an idyllic rural French village, convent girls Anne (Goupil) and Lore (Wagener) find themselves gravitating to the more sinful side of things, such as imagining their didactic priest naked while yelling from the pulpit. Though they spend most of their public time bicycling around the country roads and looking like sweet young things, their internal corruption blossoms under each other's influence 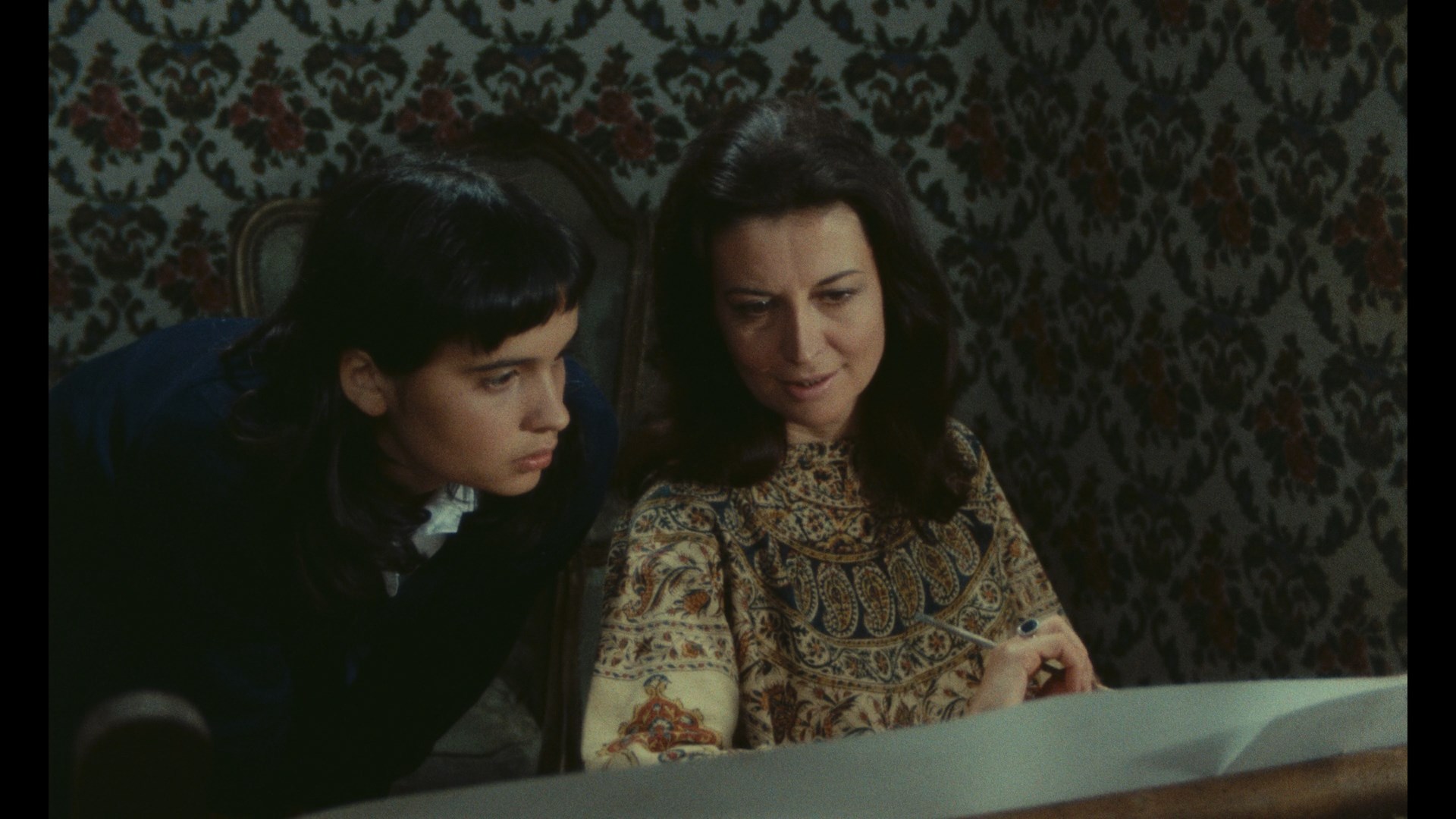 as they read naughty books under the covers at night, steal an occasional smoke and a nip of booze, pilfer chalices from the church's communion closet, and partake in random acts of cruelty, such as inflicting violence on the mentally challenged handyman's pet birds. Swearing eternal love to each other, the girls dabble with each other's sexuality while flaunting their physical charms, nearly getting molested in the process.

Advertised as "the French film banned in France" during its British theatrical run, this perverse gem earned the censor's wrath over its blasphemous activity rather than its salacious content, which is pretty restrained; apart from some brief topless nudity (and the mercifully faked bird-abuse scenes), there's not much here that would have the anti-sex and violence crowd fuming. Instead, the full shock value comes from the sheer transgressive nature of the film's philosophy; it's not hard to see how the powers that be could fear psychological damage being inflicted here, and not surprisingly, times have changed little in the ensuing decades. As with the equally startling School of the Holy Beast, it's far more jolting to hear actresses casually uttering the most jaw-dropping blasphemies with utter conviction, compared to the relatively mainstream bloodletting and nudity one expects from exploitation fare. Skillfully shot and acted, this film is definitely a class act in technical terms and could 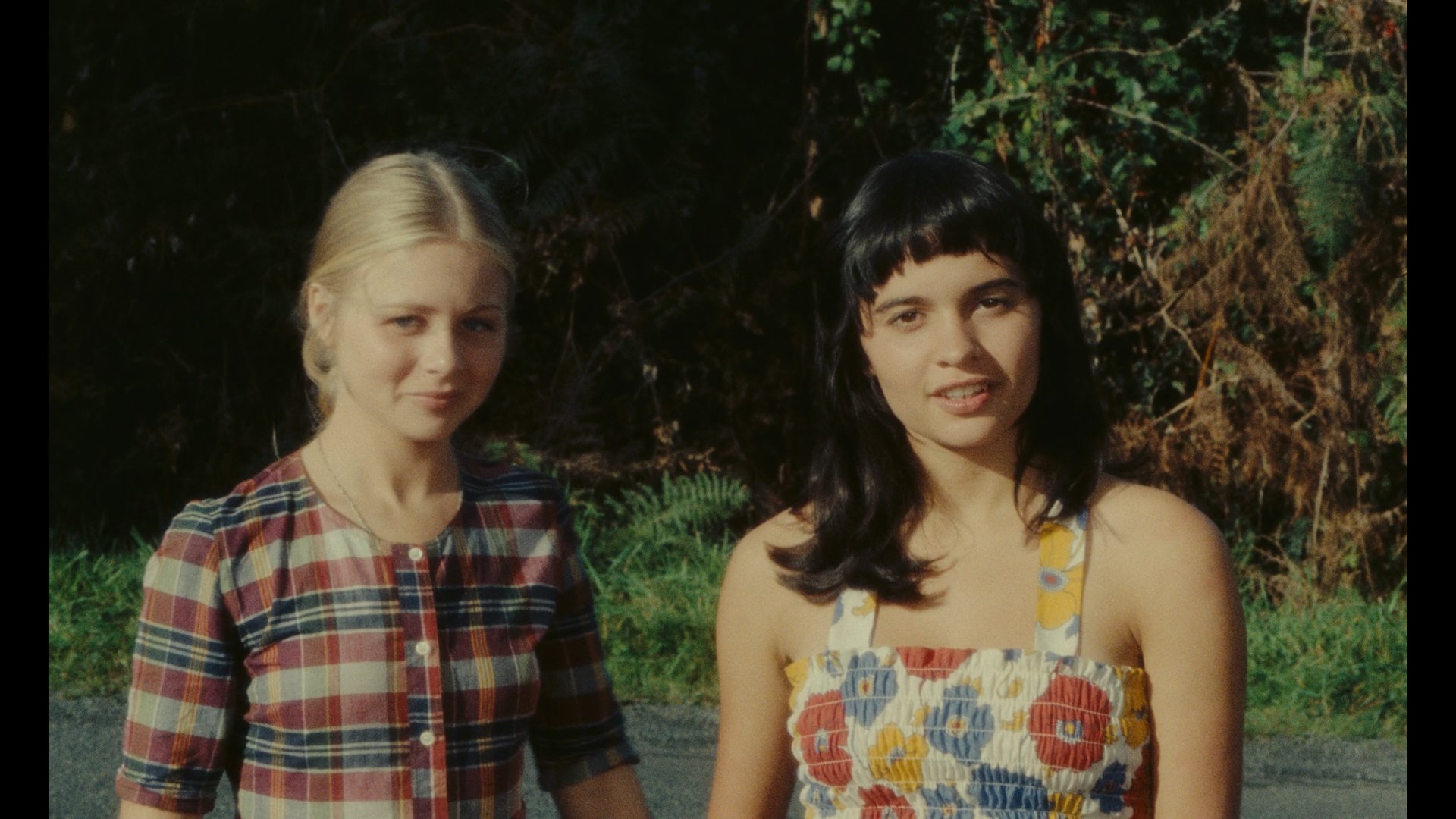 probably pass for a contemporary title from the likes of Claude Chabrol; however, its message is another matter altogether. What really sets this film apart is the literally show-stopping finale, a knockout flourish that sends viewers out with their jaws firmly planted on the floor. Taking the concept of performance art to the most radical extreme imaginable, it's poetic, beautiful, shocking, and darkly hilarious; fortunately, these qualities can be applied to the rest of the film as well if one approaches with a receptive attitude.

Amazingly, Don't Deliver Us from Evil was the first film for director Joël Séria, whose subsequent output is quite a bit less brazen than this one. The film was circulated in other territories and on home video in truncated editions, with Mondo Macabro's sensational 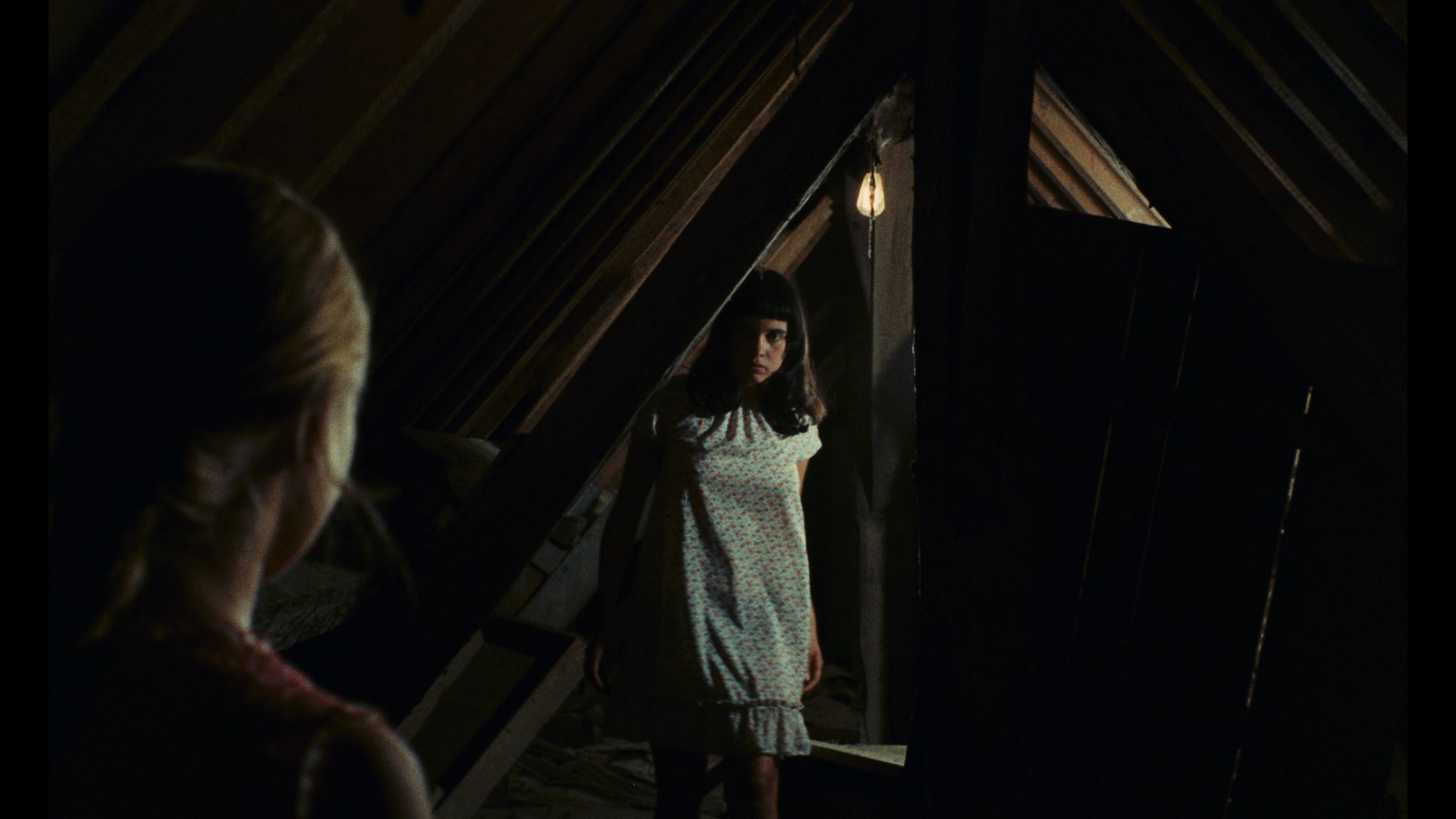 DVD trumpeted as the first complete video edition anywhere. It's impossible to pinpoint the restored footage without any other English versions for comparison, but one can guess the dialogue passages that must have had sensitive censors reeling. The film itself looks marvelous for the most part, with minimal print damage. (Oddly, the only distracting avalanche of debris occurs during a black-out and could have easily been erased!) The French dialogue is presented in mono, with nice, very legible English subtitles.

As usual, Mondo Macabro has cultivated an interesting set of extras from the film's native country to provide some much-needed context. Séria turns up for an interview in which he discusses the making of the film, his intended message, and the various censorship and distribution wrangles encountered upon its release, while the dark-haired Goupil contributes a solid interview in which she recounts her own lack of acting experience compared to her co-star, her approach to the role, and her feelings now about the film in question. A third featurette, "Hellish Creatures," covers the film's very loose historical inspiration, the notorious Pauline Parker/Juliet Hulme murder which also formed the basis of Peter Jackson's far more faithful Heavenly Creatures; in fact, the connection between the true story and this film is so slim one simply has to take it on faith that the director had it in mind. Other extras include an "About the Film" essay, bios, and the goold old Mondo Macabro preview reel. Put this on the list with To Be Twenty and Maladolescenza as one of those movies you won't want to pull out the next time relatives come over to visit.