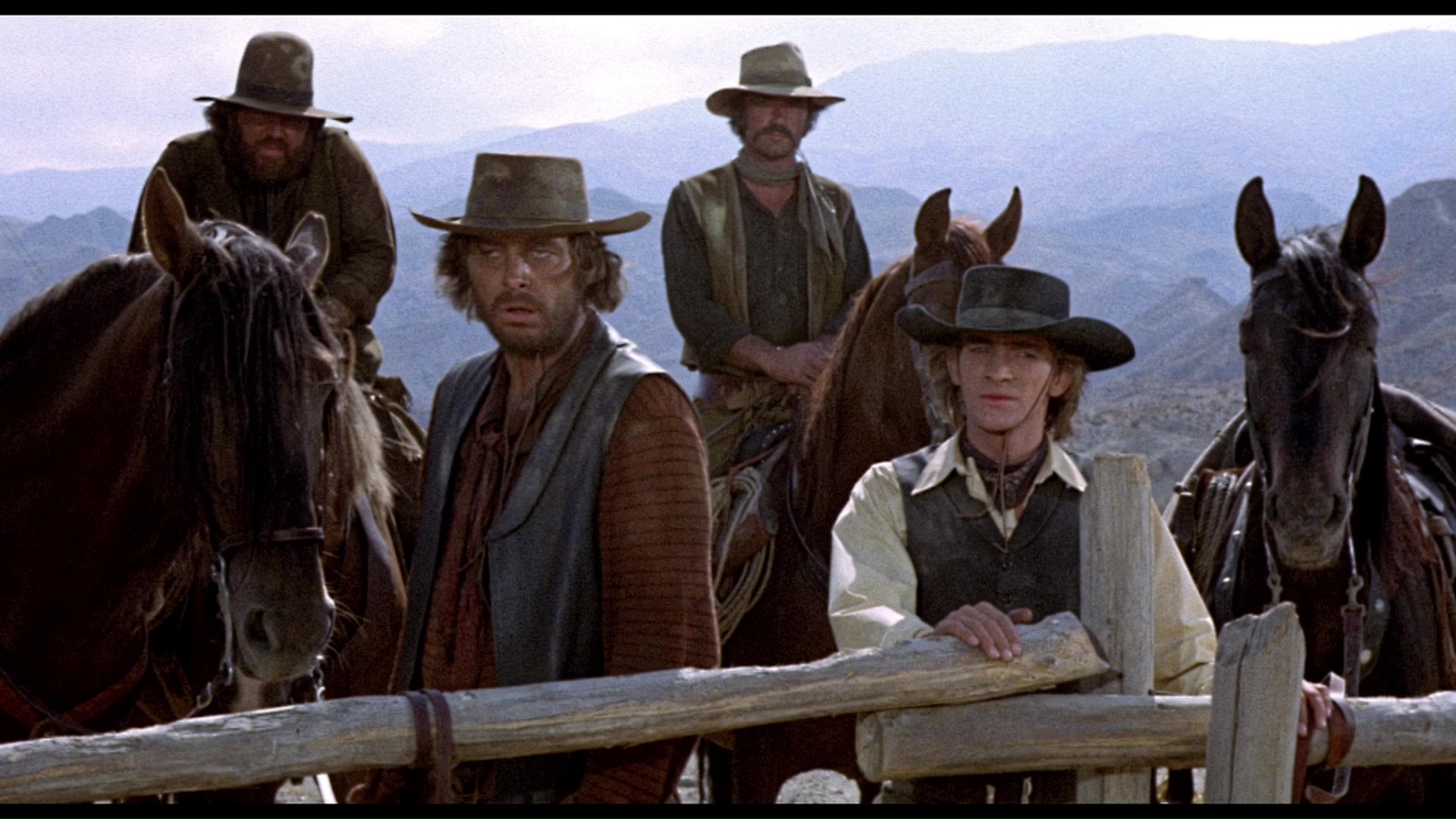 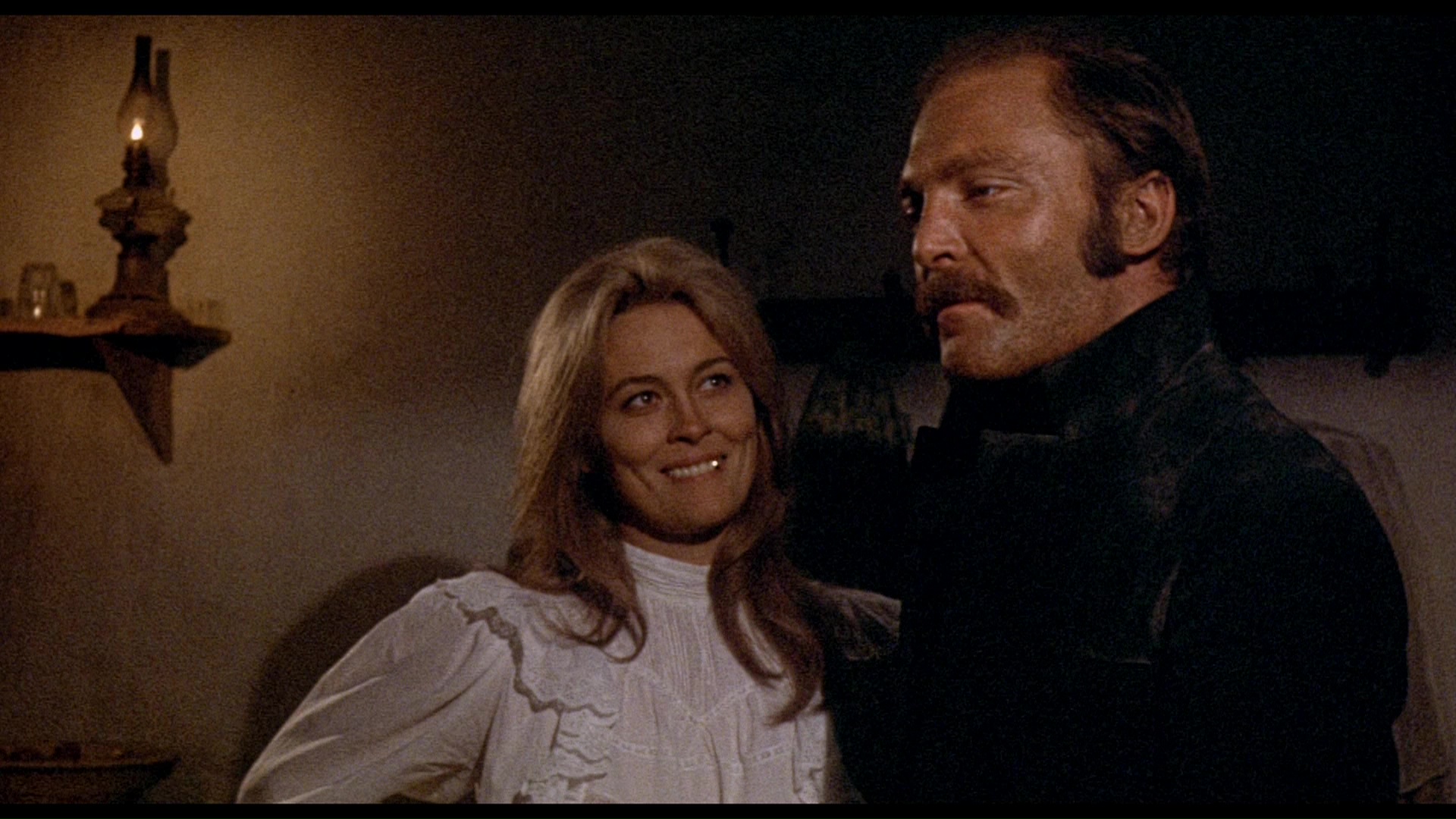 The avalanche of revisionist westerns in the early '70s was spawned by both the moral upheaval of the Vietnam War and the not-unrelated success of Sam Peckinpah's violent, convention-shattering The Wild Bunch. With titles like Soldier Blue, Little Big Man, and Bad Company around, it was easy for some moviegoers to miss "Doc," a very different take on the legend of Wyatt Earp and Doc Holliday previously immortalized in such films as My Darling Clementine and the superb Hour of the Gun.

A successful and fascinating filmmaker doomed to flame out with the public by the end of the decade, Frank Perry had scored critical successes with The Swimmer, Diary of a Mad Housewife, and Last Summer when he tackled this unorthodox portrayal of Doc Holliday as embodied by Stacy Keach, who was at the peak of his powers when he made this in between The Traveling Executioner and the classic Fat City. This Doc is a man frustrated with his reputation as a legendary gunslinger that continues to follow him in the town of Tombstone, Arizona (actually shot in Spain, famous stomping grounds of spaghetti 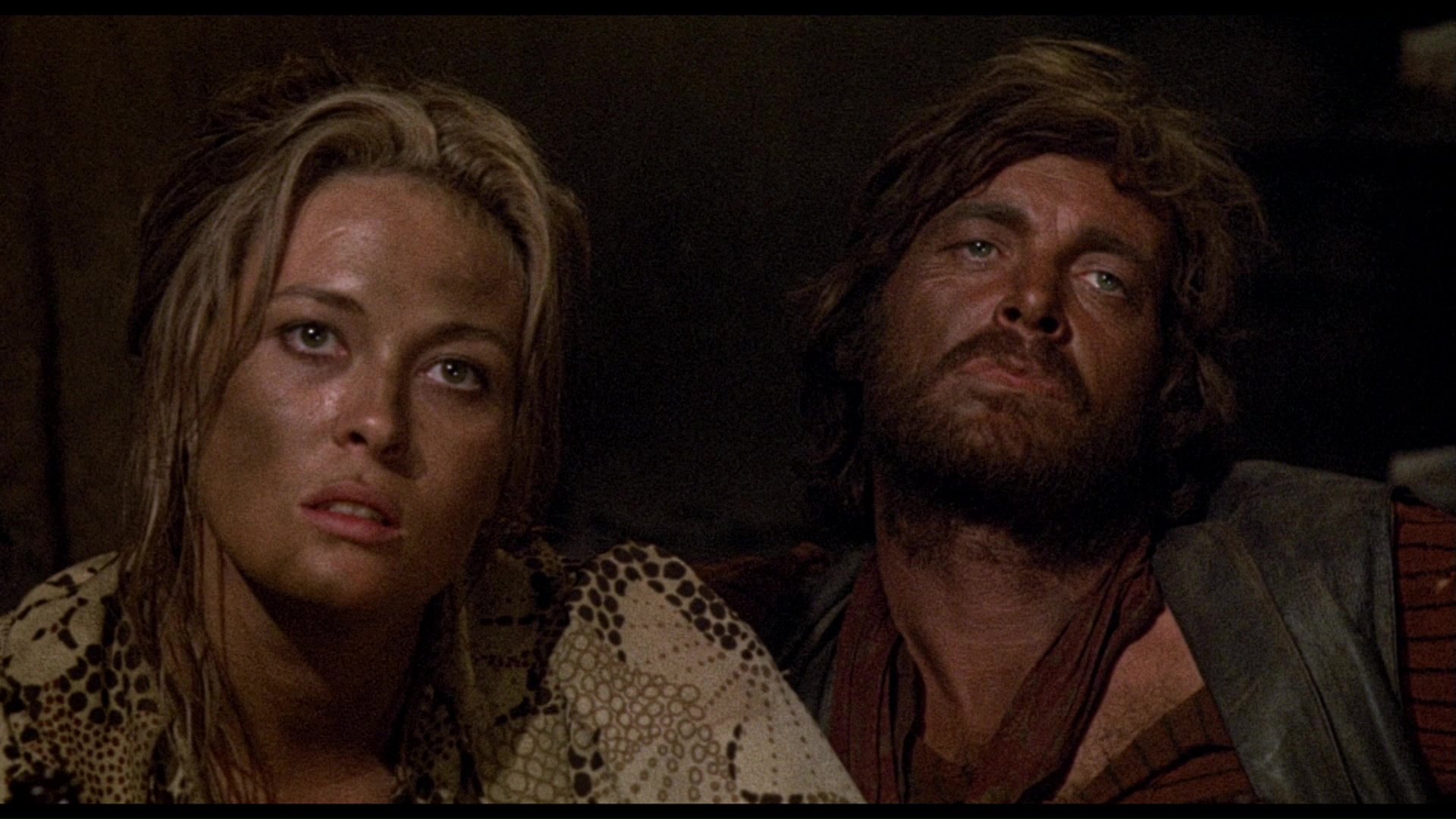 western filmmakers). The major bright spot in his life is the colorful Katie Elder (Dunaway), a prostitute whom he romances after winning her from her husband in a game of poker, but he has a much more complex relationship with the town marshall, Wyatt Earp (Yulin, who had starred with Keach in End of the Road), a conflicted man running for 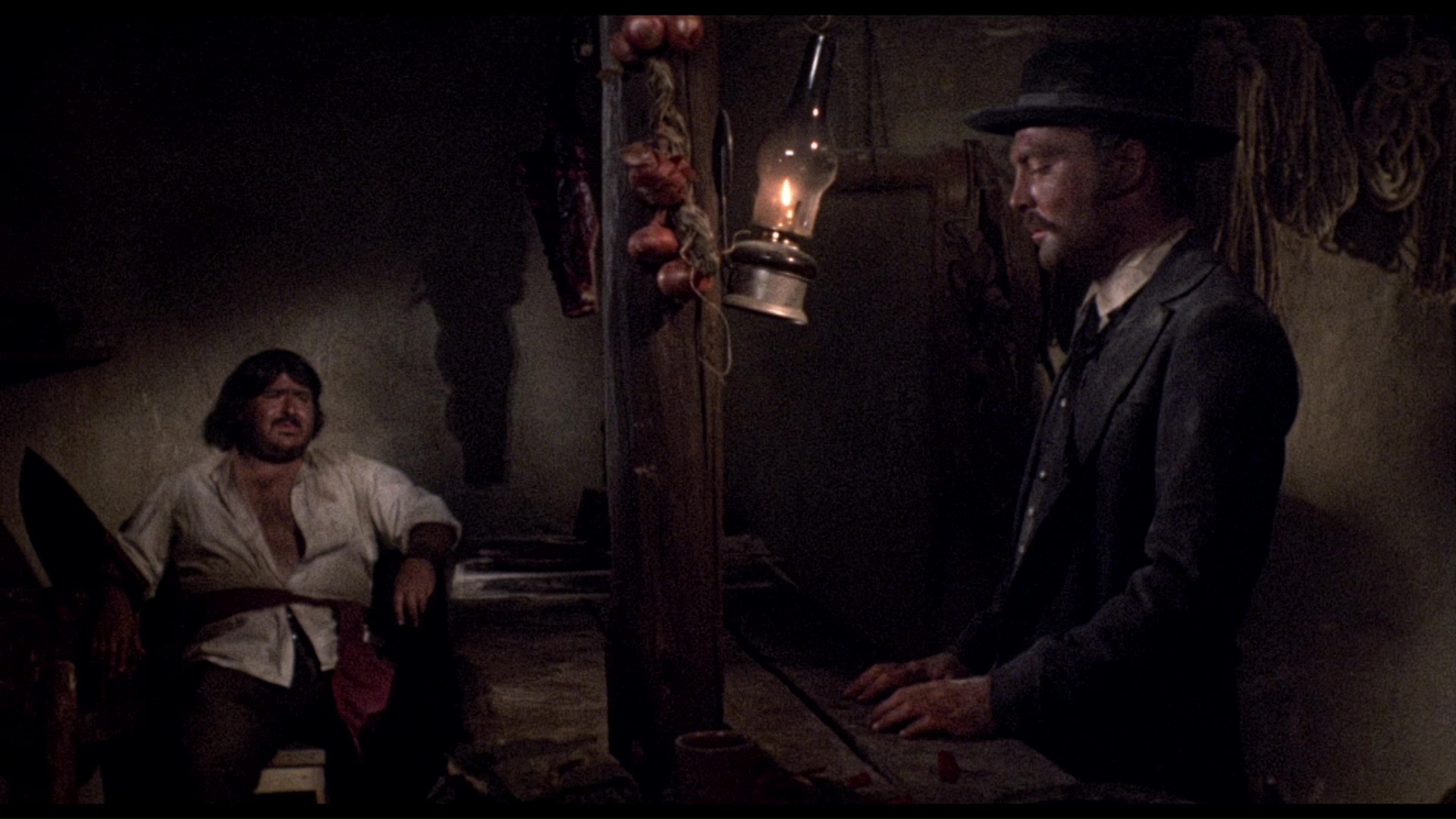 sheriff whose morality is much darker here than in past portrayals. Both men soon run headfirst into the Clanton gang, one of whom was the loser in that pivotal card game, which leads to a certain famous gunfight that leaves more than a few bodies on the ground.

Dark, gritty, and almost perverse in its refusal to conform to most western conventions, Perry's film was a little hard to decipher at the time but still garnered some favorable reviews. Now it's easier to appreciate as one of his genre deconstruction exercises similar to what he would later do with the suspense thriller in Man on a Swing, the buddy comedy in Rancho Deluxe, and especially the Hollywood biopic in Mommie Dearest, which reunited him with Dunaway under radically different circumstances. The film has regularly turned up on TV and drifted in and out of availability on home video, with MGM popping it out on DVD in a few countries and occasionally airing in on MGM HD.

The film's Blu-ray premiere comes from UK label Signal One, outfitted with a surprisingly robust slate of extras for a film other labels might treat as a throwaway. The original rough texture is 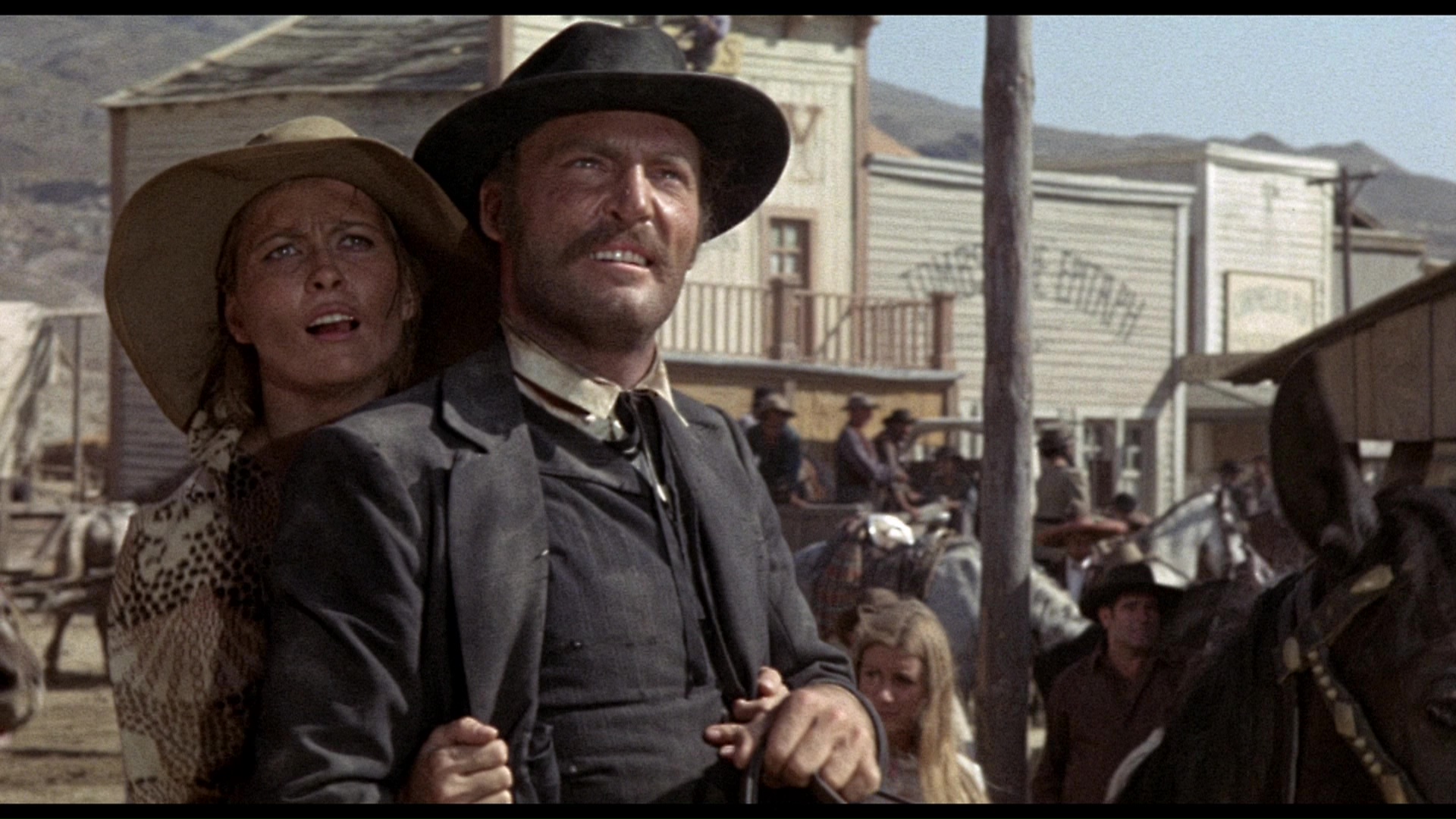 maintained here with an impressive, period-appropriate appearance that contrasts dark, moody interiors with bright, striking shots of the Spanish landscape. The LPCM English mono audio sounds very good and does justice to the spare but effective soundtrack by songwriter Jimmy Webb, and optional English subtitles are also included. The biggest extra here is a new audio commentary by C. Courtney Joyner, western authority and author as well as a familiar commentator on a slew of spaghetti western releases. He really knows his stuff and goes into the real background behind the lead up to the legendary gunfight, the state of the American western of the time, and Perry's filmmaking agenda at the time, among many other topics. The 20-minute Fiction Factory featurette "Truth Be Told" contains a new Keach interview in which he talks about prepping his unorthodox take on his very famous character and collaborating with Perry on their more subdued and ambiguous take on the American West, while a 1980 audio interview with Dunaway as par of The Guardian series (a mainstay on other Signal One releases) features the legendary actress (just on the cusp on Mommie Dearest) at the height of her career touching on some of her most famous roles and recalling some of her favorite directors. Still-busy editor Alan Heim appears in another Fiction Factory extra, "Outside the System," which spends 24 minutes covering his work at this transitional period in Hollywood history when he also worked on titles like Network, Lenny, and even Godspell. Finally the disc rounds out with the original trailer and a gallery of promotional stills, poster art, and lobby cards. For any fan of the film, it's unlikely any other release will come close to touching this one.