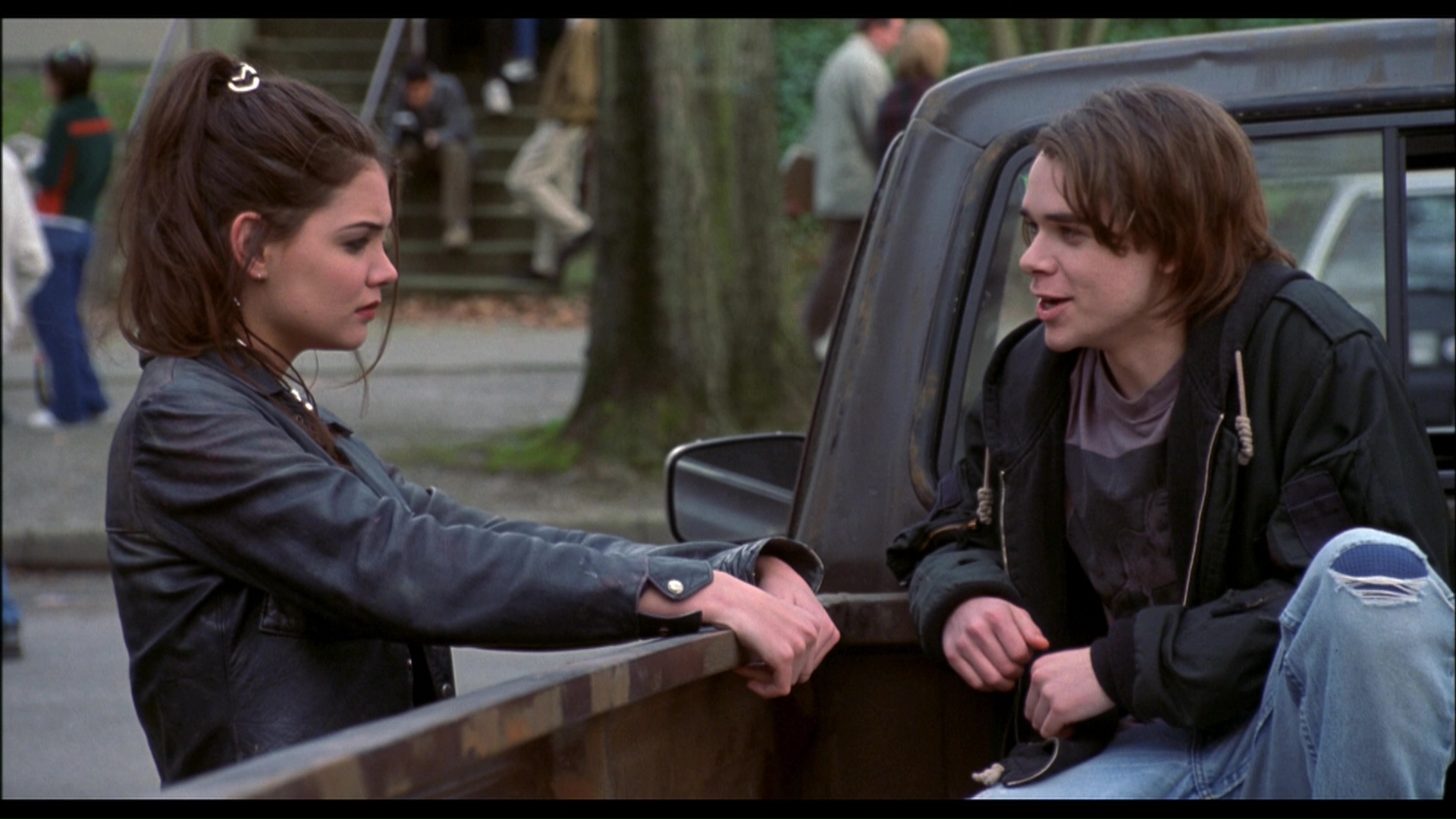 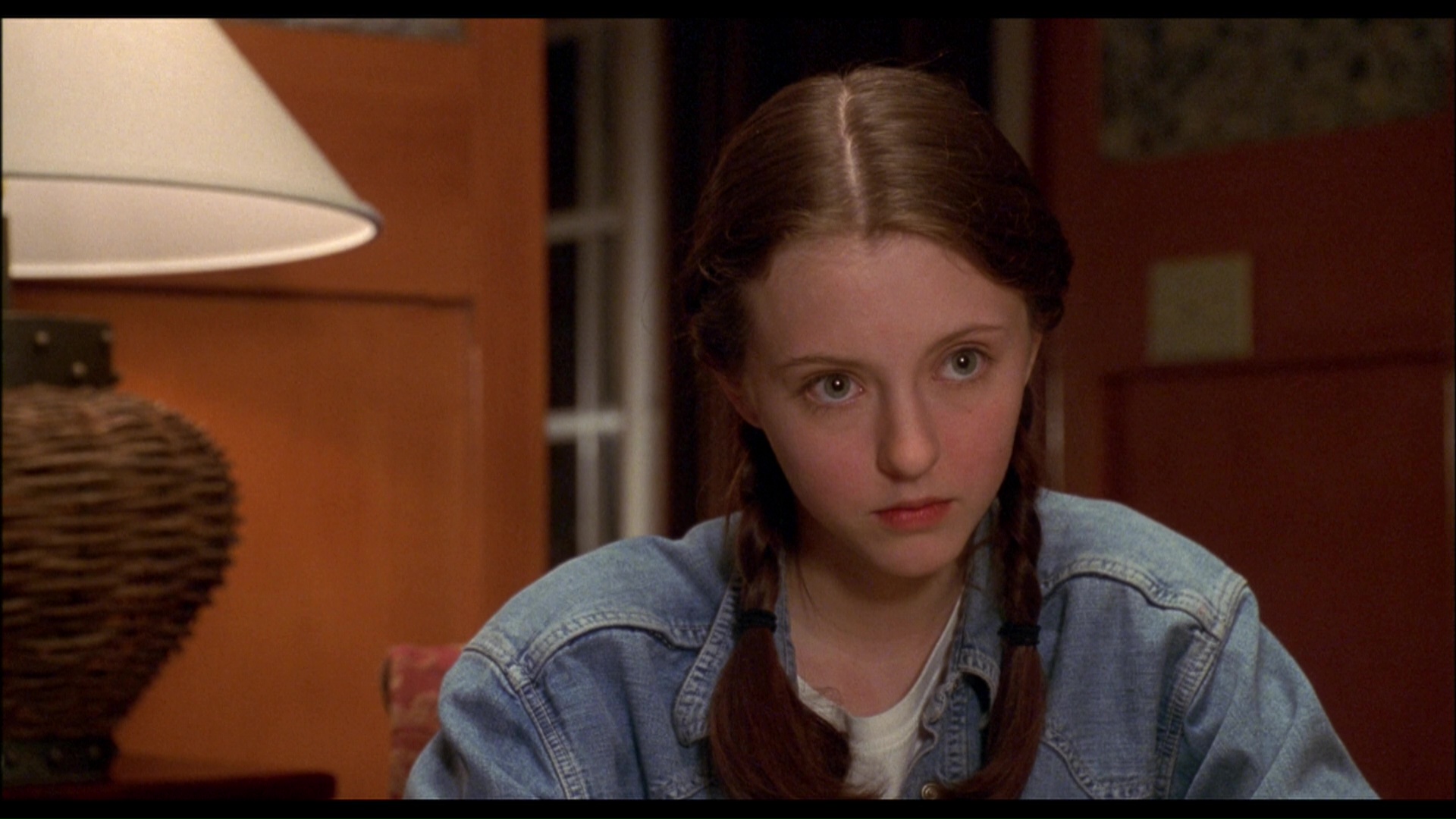 The incredibly unkind year of 1998 was perhaps the roughest on record for films battered and butchered by their studios, with titles like 54 and The Avengers limping into theaters bearing little resemblance to their original director's cuts. Horror films didn't escape unscathed either, and perhaps the most high-profile case was Disturbing Behavior, the second theatrical film from one of the hottest directors of The X-Files at the time, David Nutter. The powers that be decided it would be a good idea to hack the almost two-hour film down to a sparse 84 minutes and market it towards the Scream crowd, since teen horror was still all the rage. Not surprisingly the film died a quick death at the box office, due in no small part to the fact that an untrained eye couldn’t tell its trailer apart from other post-modern slasher clones that seem to be breeding like bunnies.

New kid Steve (future X-Men star Marsden in his film debut) arrives in the sleepy town of Cradle Bay, once a haven for juvenile delinquents. Now the high school is dominated by the Blue Ribbons, a group of sunny, preppy types who have a strange habit of becoming violent when their hormones kick in. Aside from a closet intellectual janitor (Sadler), all of the adults are oblivious to what’s really going on. After his druggie pal Gavin (Stahl) is suddenly converted into a letter-jacket wearing lobotomy case, Steve enlists the aid of potential love interest Rachel (Holmes, a Dawson's Creek star at the time) to uncover the chilling secret behind the transformation of his 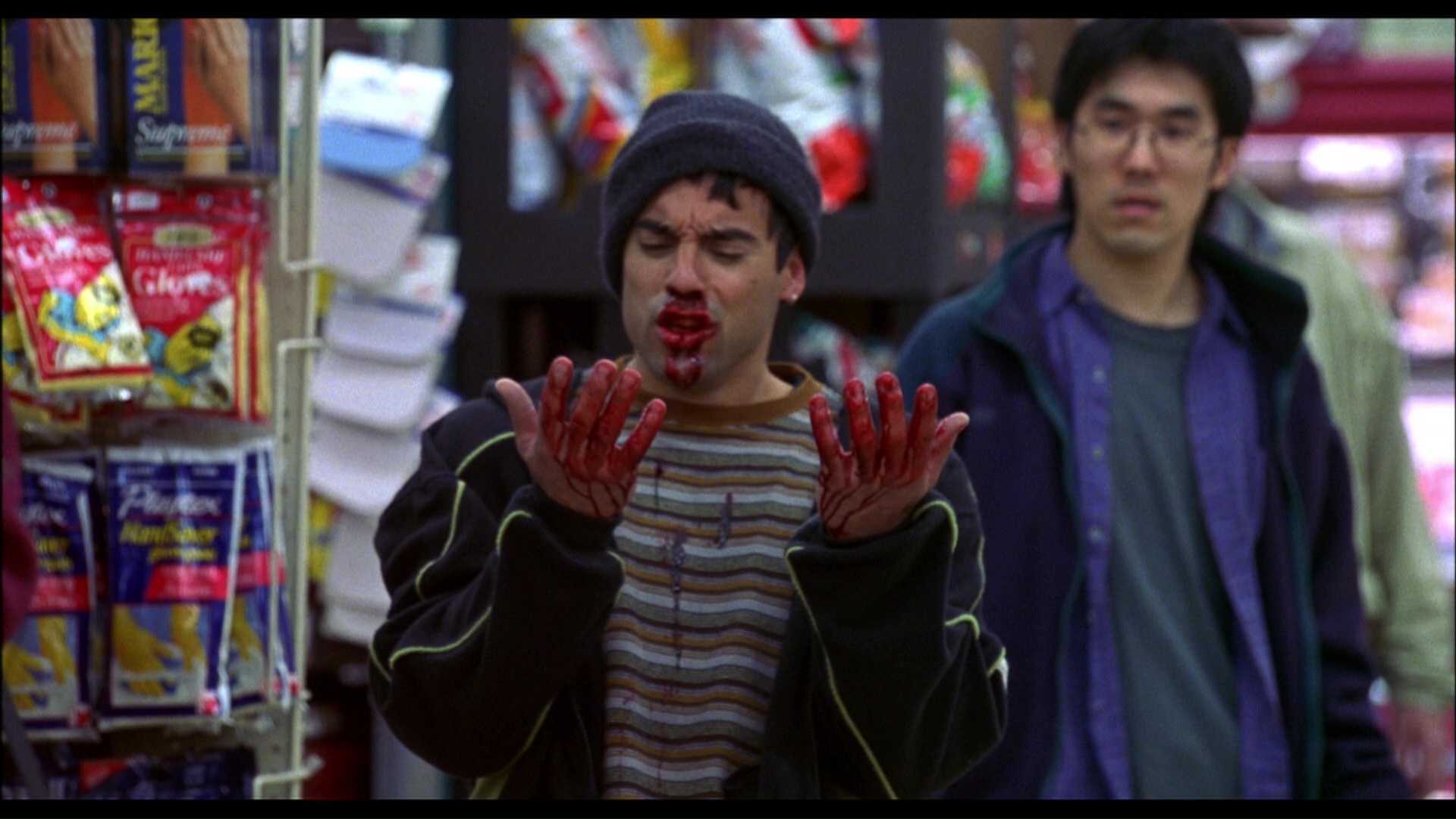 Common movie buff tendency is to rate mistreated films as flawed classics, and though it certainly has its issues, Disturbing Behavior is better than its critical reception indicated at the time. Sure, the storyline too obviously replicates other titles like 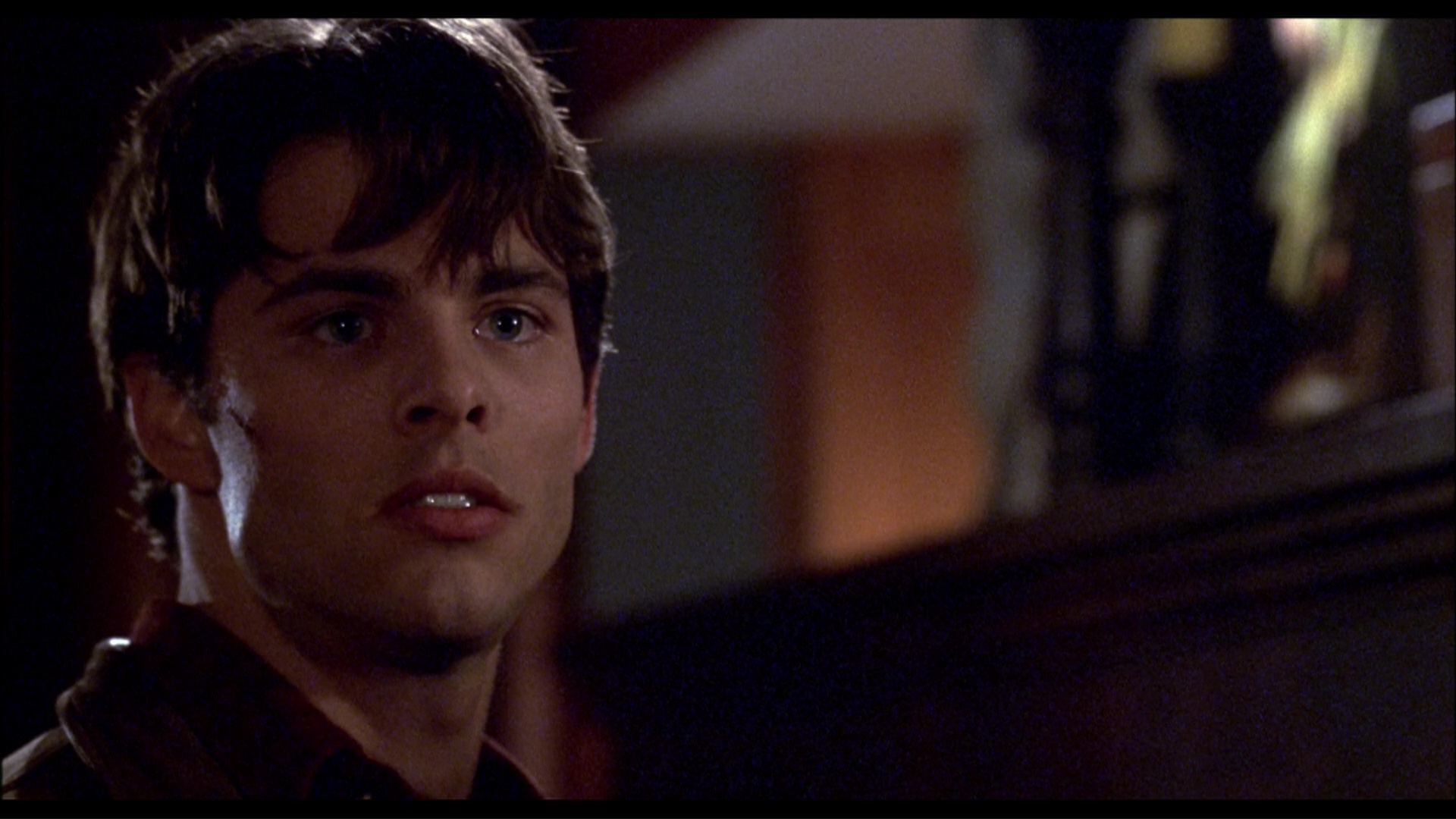 The Stepford Wives (and especially its second made-for-TV sequel, The Stepford Children), but other influences rear their heads, too, such as A Clockwork Orange (copied almost identically in Marsden’s brainwashing treatment) and, as the title implies, Michael Laughlin’s 1981 cult favorite, Strange Behavior, which also involved a doctor in a small town performing wacko behavioral experiments on teenagers who wind up turning violent. Thematically speaking, the story provides less insight into the high school caste system than any given five minutes of Mean Girls. On the other hand, the film boasts extremely crisp, assured direction, an elegant and haunting score by X-Files composer Mark Snow, and rich, atmospheric cinematography by John Bartley. The performances are somewhat difficult to judge considering the heaps of character development left on the cutting room floor; though engaging, Holmes has little to do in the final version but show off her nose ring, look paranoid, and use the word “razor” a lot. Acting honors easily go to Stahl, who somehow transforms yet another knock off of Fright Night’s Evil Ed character into a tragic adolescent trapped by his own intelligence. Marsden acquits himself well enough as the hero traumatized by the loss of his brother (Cheap Thrills' Ethan Embry, mostly left on the cutting room floor), while the supporting cast is rounded out with always welcome pros like Bruce Greenwood (in full-on villain mode), Steve Railsback, and even a young, pre-Ginger Snaps Katharine Isabelle as Marsden's sister. 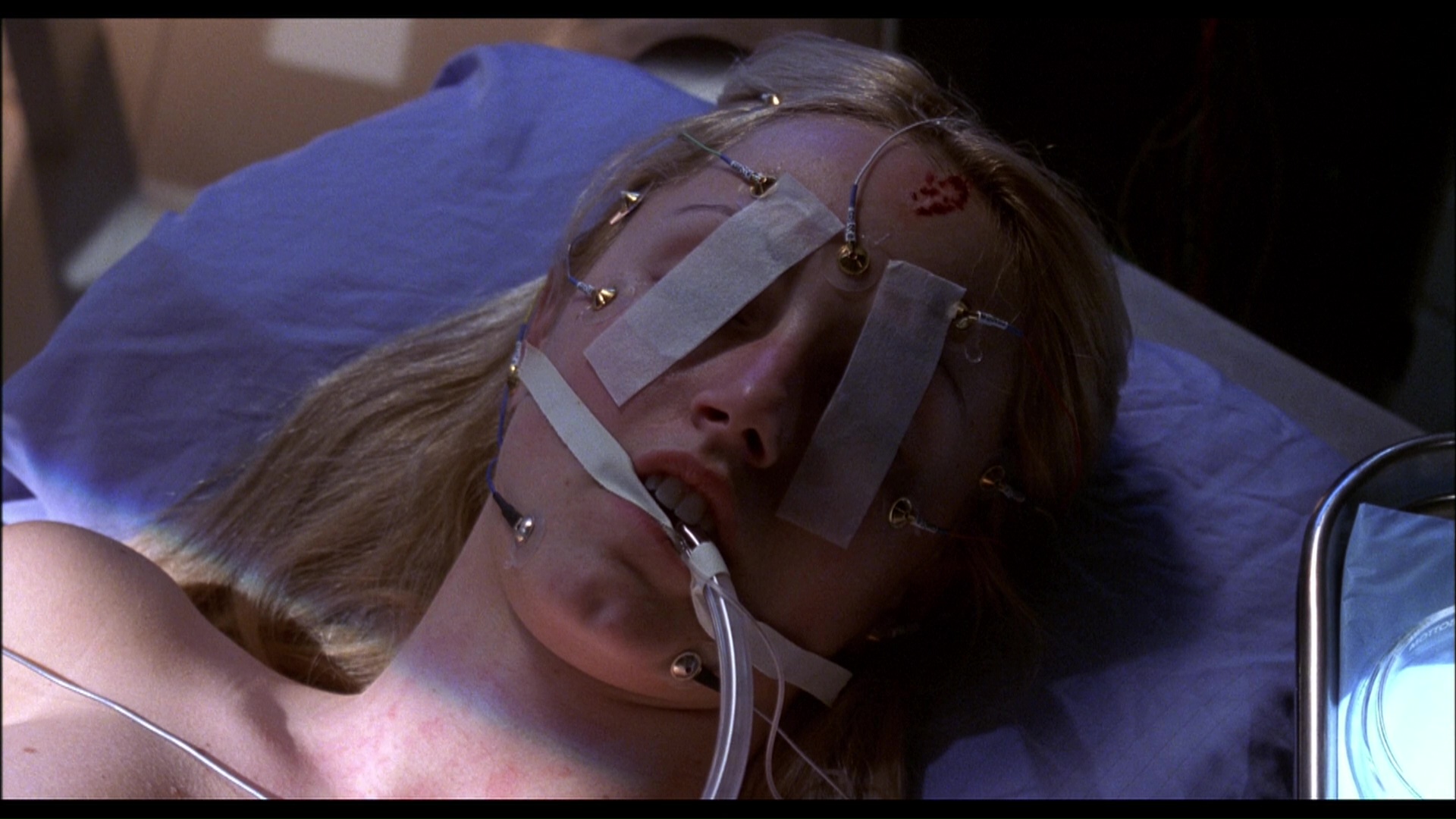 early days in 1999 when the film got a home video release, but MGM prohibited Nutter (who more recently helmed several episodes of Game 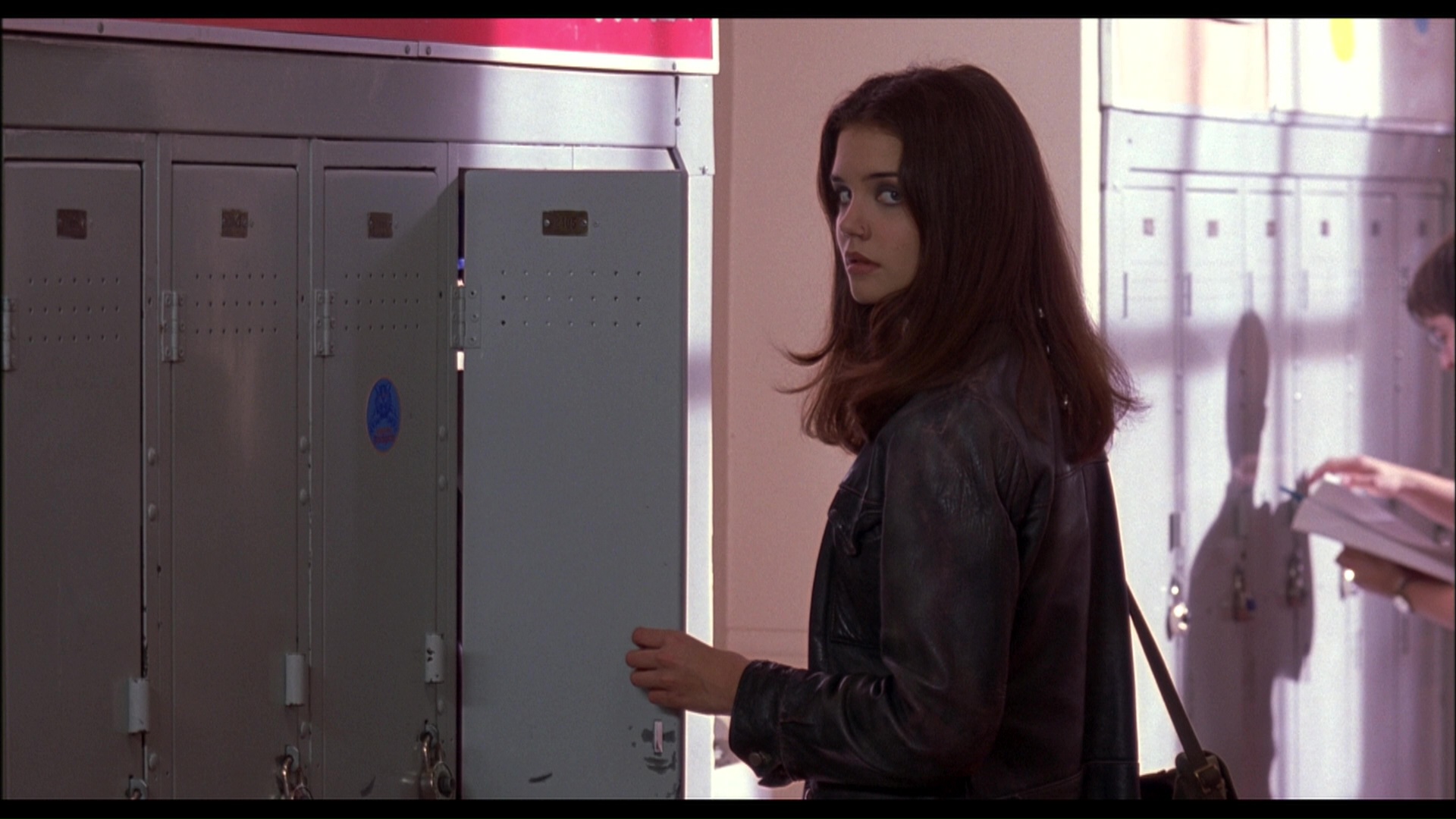 of Thrones) from preserving his version for the public. At least they did allow the inclusion of eleven scenes as a supplement, clocking in at 24 minutes. Apparently since this footage only involved such trivial matters as character motivation and explanation of the film’s plot, it obviously didn’t warrant inclusion in the final product. Nutter’s commentary throughout the feature film and the deleted scenes eulogizes the remains of his film without directly bashing the studio, but it’s very clear the film would've benefited from far less tampering. The previously unseen confrontation and love scene between her and Marsden reveals that both of them were trying to invest their characters with more depth than might immediately be apparent, and in fact, the film’s original, far superior ending confirms the film’s intent as a sort of modern day paranoid fable. The theatrical trailer is also included and features some brief snippets of scenes not available anywhere else.

In 2016, the film finally made the jump to HD with a Blu-ray release from Scream Factory. An HD transfer was prepared a couple of years earlier for broadcast on MGM HD, but it was plagued with noise reduction presumably making it more palatable for broadcast (a common practice at the channel, alas). The Blu-ray looks significantly better with an appreciable increase in detail throughout the film; it still has that dark, stylized look common to late '90s thrillers, but the uptick in quality all around is definitely appreciated. The original English audio is presented in either DTS-HD MA 5.1 or 2.0 options (both sound very good, with the edge going to the 5.1 mix) with optional English subtitles, while the commentary, trailer, and deleted scenes (in SD) are ported over. It's nice to see time has been kind to this one, and even those who opted to skip it back around the turn of the millennium might be surprised by the rewards of seeing an unexpected cast in a chiller that dared to go against the conventions of its era.