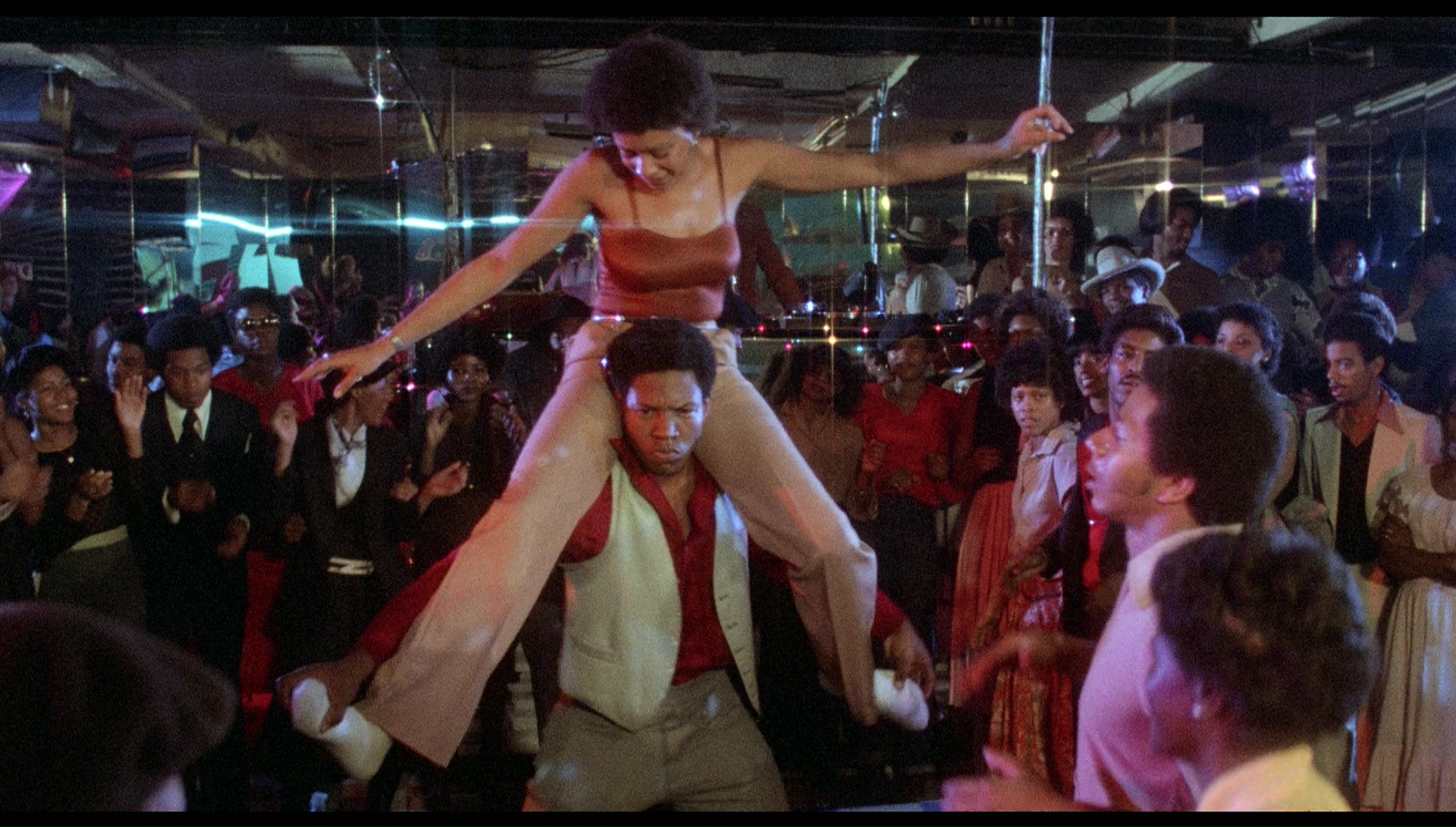 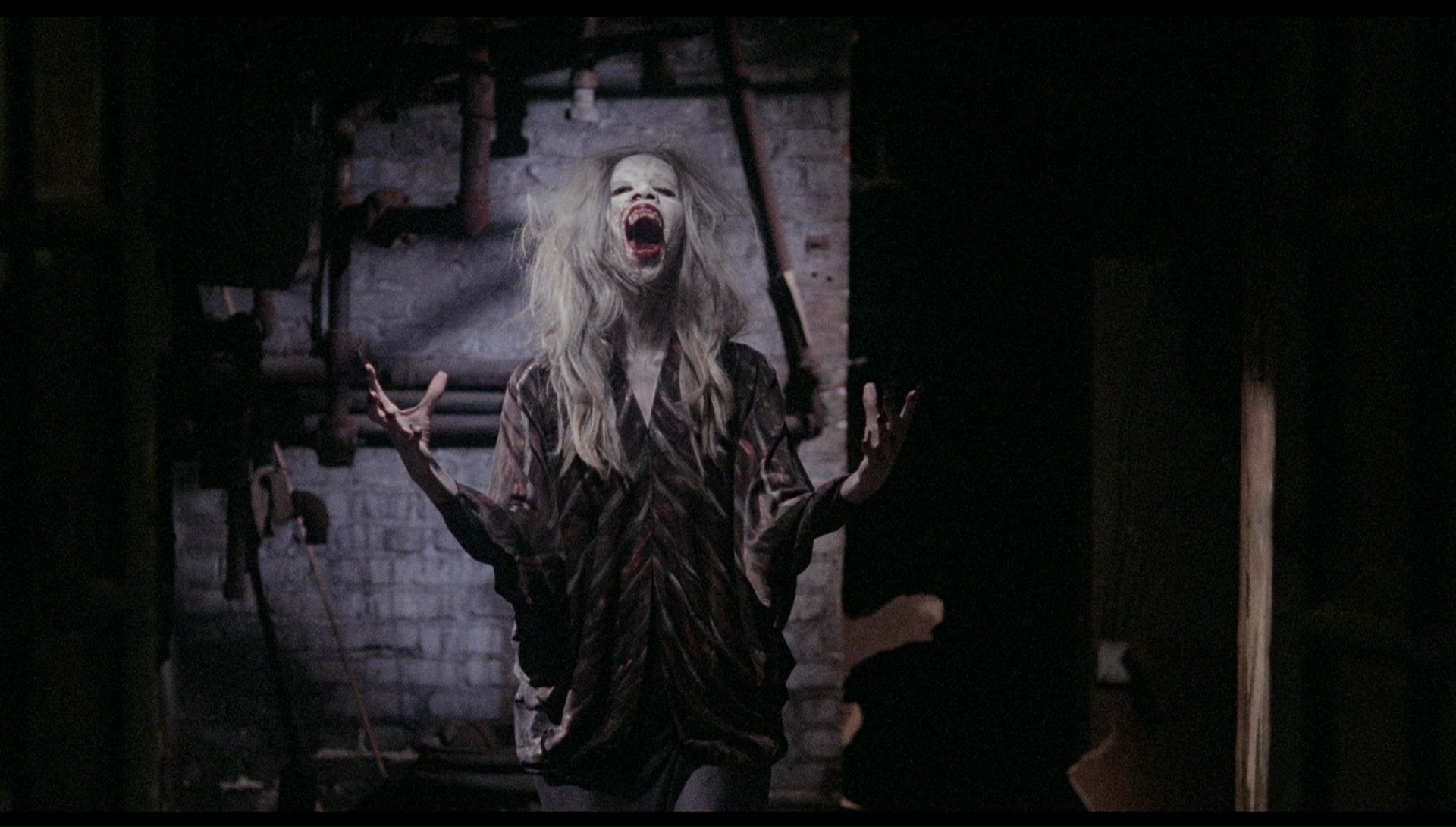 Hitting not one but two popular '70s trends with one title, this berserk combination of discosploitation and angel dust cautionary tale (with a heavy dash of hallucinatory horror) wrapped up Rudy Ray Moore's incredible four-film reign that decade. It made have seemed like there was nowhere left to go after Dolemite, The Human Tornado, and Petey Wheatstraw, the Devil's Son-in-Law, but actor-writer-comedian Moore puts any doubts to rest in the opening minutes when he stampedes into a disco in full glittering regalia and conquers the DJ booth by ordering, "Put your weight on it!" And yes, Rudy gets credited for that catchphrase in the end titles.

Moore really shines as Tucker Williams, the dancing king DJ "godfather" mix master (and ex-cop) at the popular Blueberry Hill nightclub. His routine involves spinning wax and rapping hilarious catch phrases for the crowd. One night his nephew, Bucky (Carry), comes to the club hopped up on "PCP! Angel Dust! The new psychedelic drug of the '70s!" and winds up in a hospital with lots of other drug-damaged wrecks. After a helpful lecture by a doctor on the dangers of hard drugs (including one jaw-dropping flashback), Tucker decides to wage war on the drug community, kickboxing and bitchslapping his way into your heart. Meanwhile viewers also get to experience first hand the horrors of PCP, which consists of weird psychedelic visions involving an African demon woman and a day-glo skeleton (which play like a dry run for the last segment of Tales from the Hood). 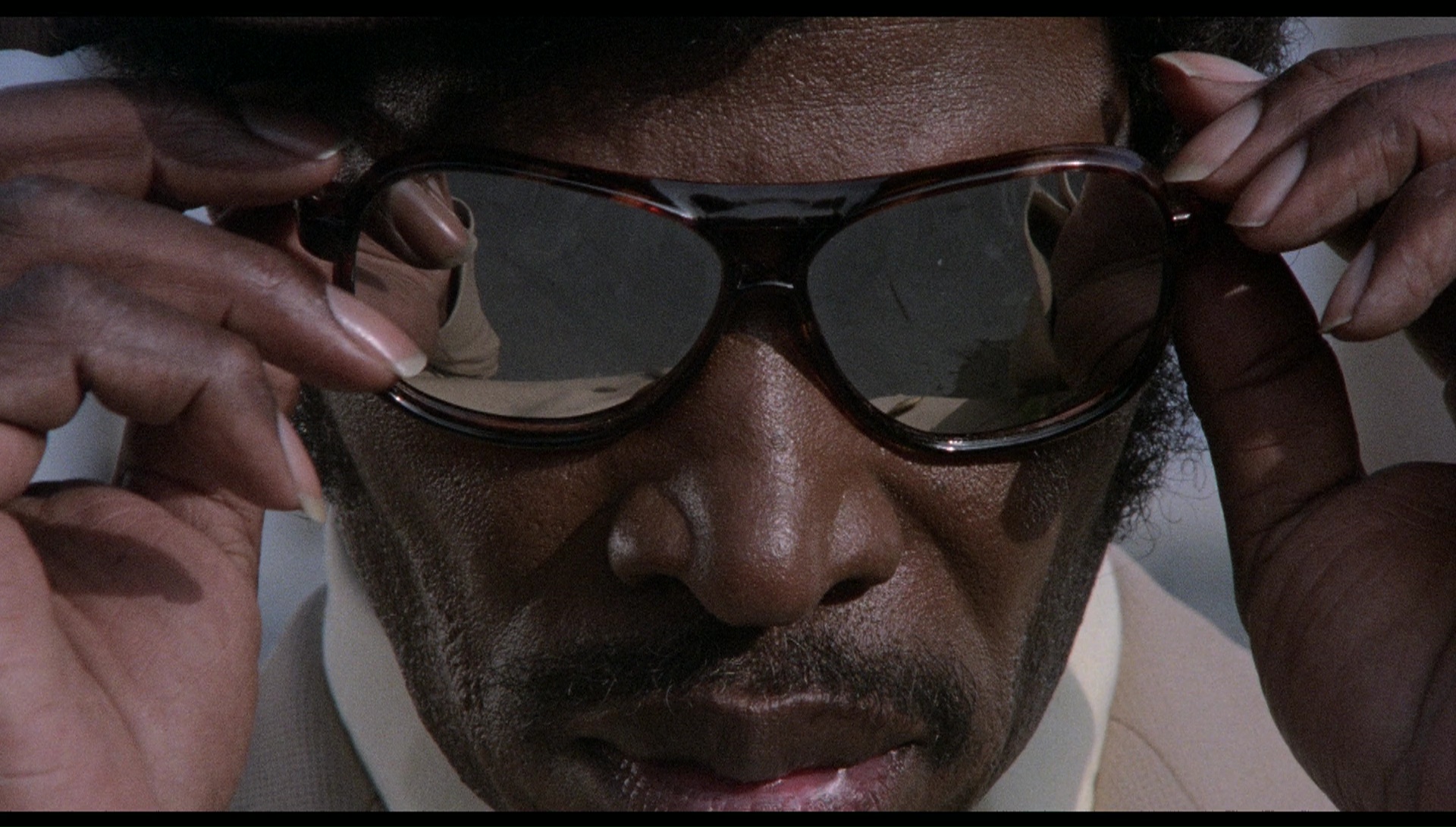 Though it originated as a project called The Wack Attack with Petey Wheatstraw director Cliff Roquemore, this film went through some contentious changes before it ended up as the handiwork of the enigmatic J. Robert Wagoner (who 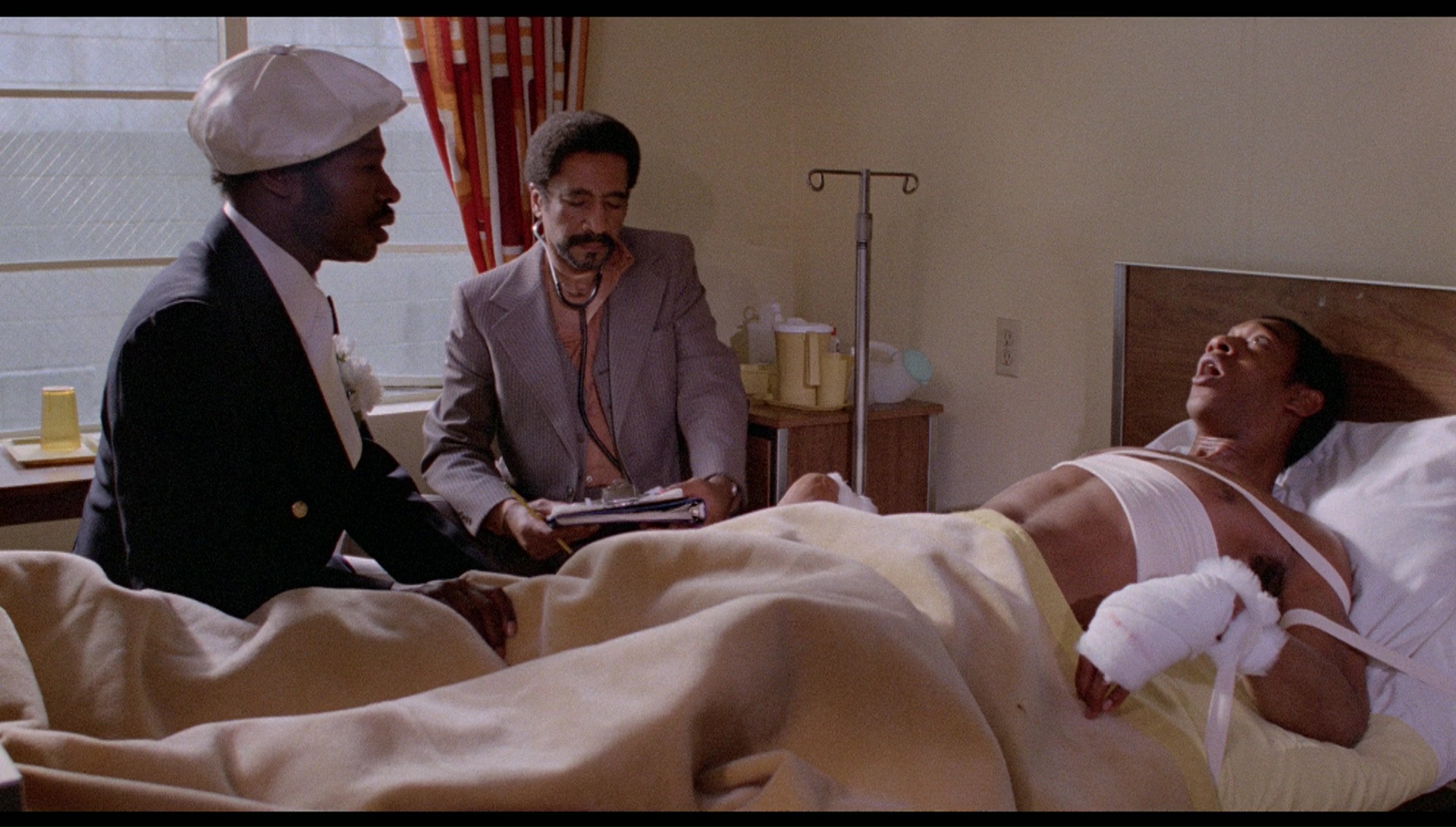 wasn't thrilled with the end result). The end result is Moore's only personal star vehicle with a PG rating, which means you won't get any raunchy monologues or gratuitous T&A this time; however, it more than makes up for it with uncontrolled insanity including those PCP trip scenes, which are about as wild as blaxploitation gets. Moore is clearly having a lot of fun, too, shaking his booty (with the aid of a stunt dancer) and commanding the screen as confidently as ever.

Released on home video under a variety of titles including Avenging Godfather and The Avenging Disco Godfather, this film first hit DVD in 2002 from Xenon in a typical full frame (open matte) transfer taken from a master dating back to the VHS days. As with the prior Vinegar Syndrome upgrades, this one fares much better in its 2016 Blu-ray and DVD combo special edition with a pristine new transfer from the original negative; it truly looks like a whole different film with the dark, stylized club scenes now far easier to make out and every single sequin now glittering with perfect clarity. It's also almost four minutes longer, complete with extra club footage and disco music galore. The DTS-HD MA English mono audio sounds excellent, with optional English subtitles provided. Oh, and you can also play the film in French or German; the latter is a laugh riot from start to finish.

Once again Moore biographer Mark Jason Murray dominates the extras, starting with a commentary in which he guides you through the tangled history of the film via his own anecdotes and observations (including a history of both disco music and PCP in the late '70s) and 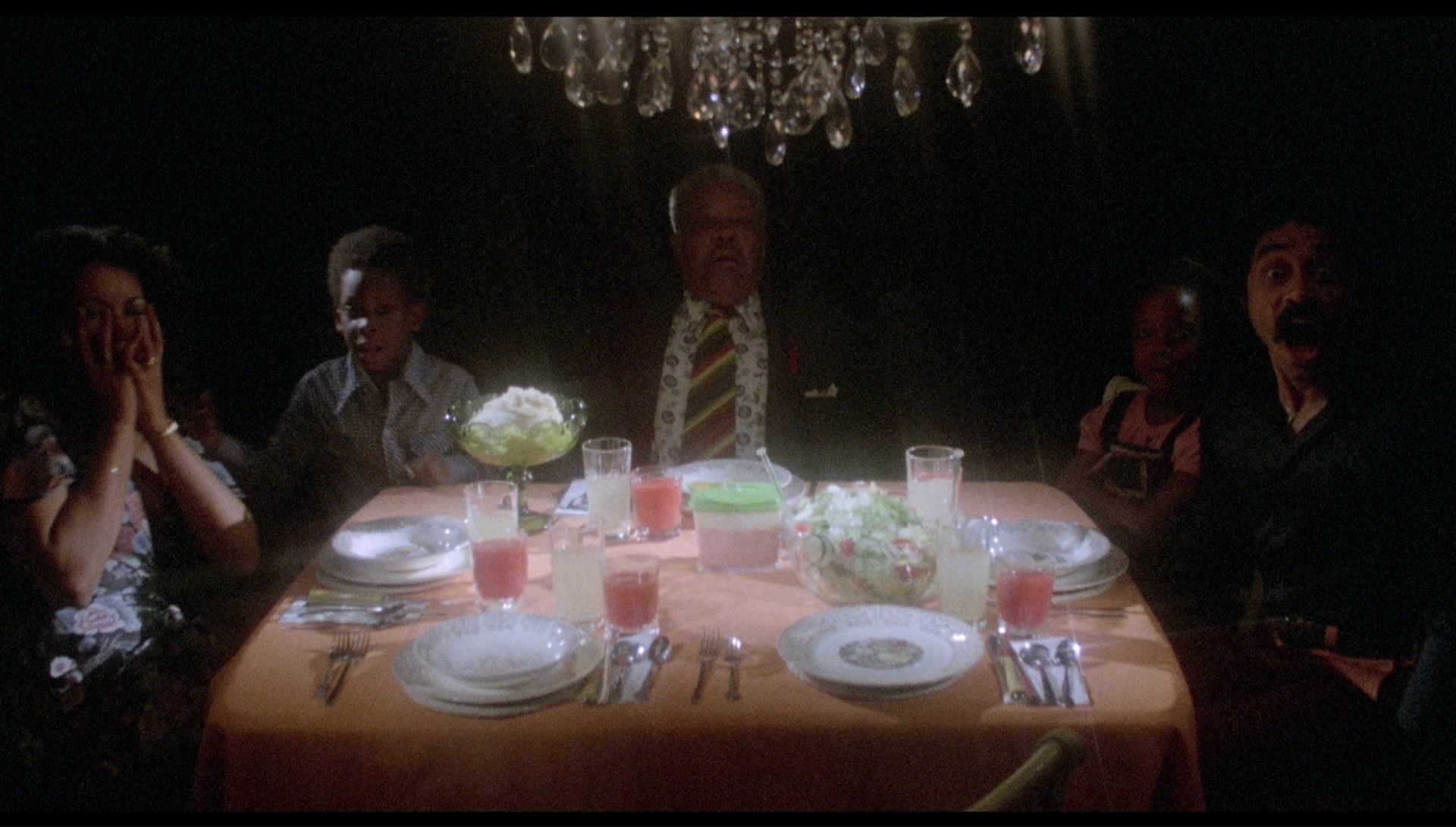 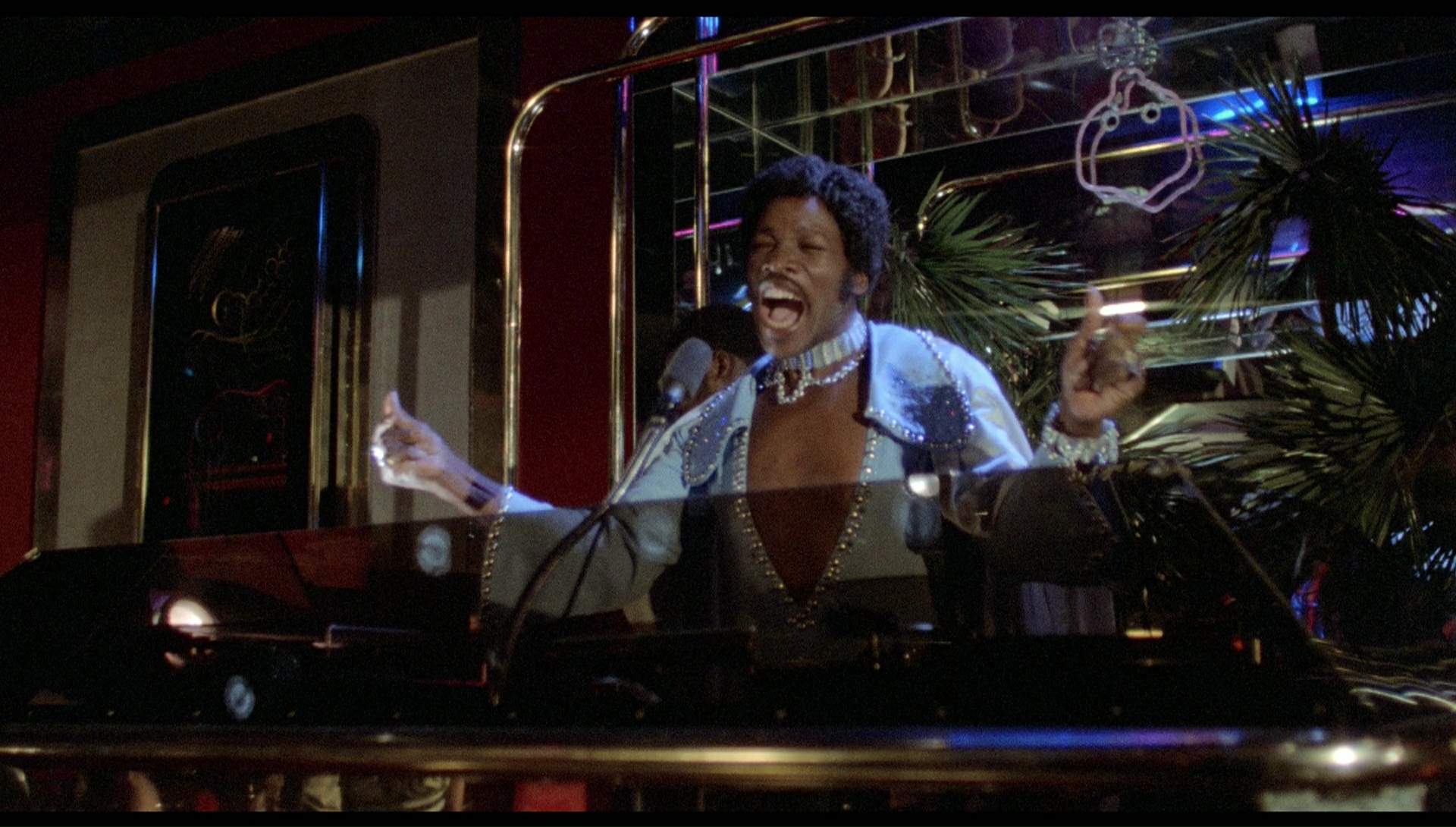 archival audio interviews with Moore, Wagoner, and Roquemore, plus some snippets of raw audio from the set. Obviously sound quality is erratic depending on the source, but it's a very valuable document of the creation of the film and sheds quite a bit of light on how it came to be. (The story about Carol Speed's dialogue flub is pretty great, too.) The ongoing "I, Dolemite" series from each disc wraps up here as well with the 25-minute part four, with Murray juggling a chronology of the film's creation with video interviews and stills including frank assessments of the film's decision to "clean up" Moore's act ("It ruined my career," says the star) with comments by first assistant cameraman Ron Raschke, Arledge "Ace" Armenaki, and Jimmy Lynch. It also goes well beyond this film's release (alas, just as the demand for disco was cratering) into his rise to glory in the '90s after 2 Live Crew sampled him and home video made him a superstar for new generations. A gallery of stills and posters, the theatrical trailer (and bonus ones for Dolemite and The Human Tornado), and an option to play the entire 35-minute soundtrack (plan your next disco party!)