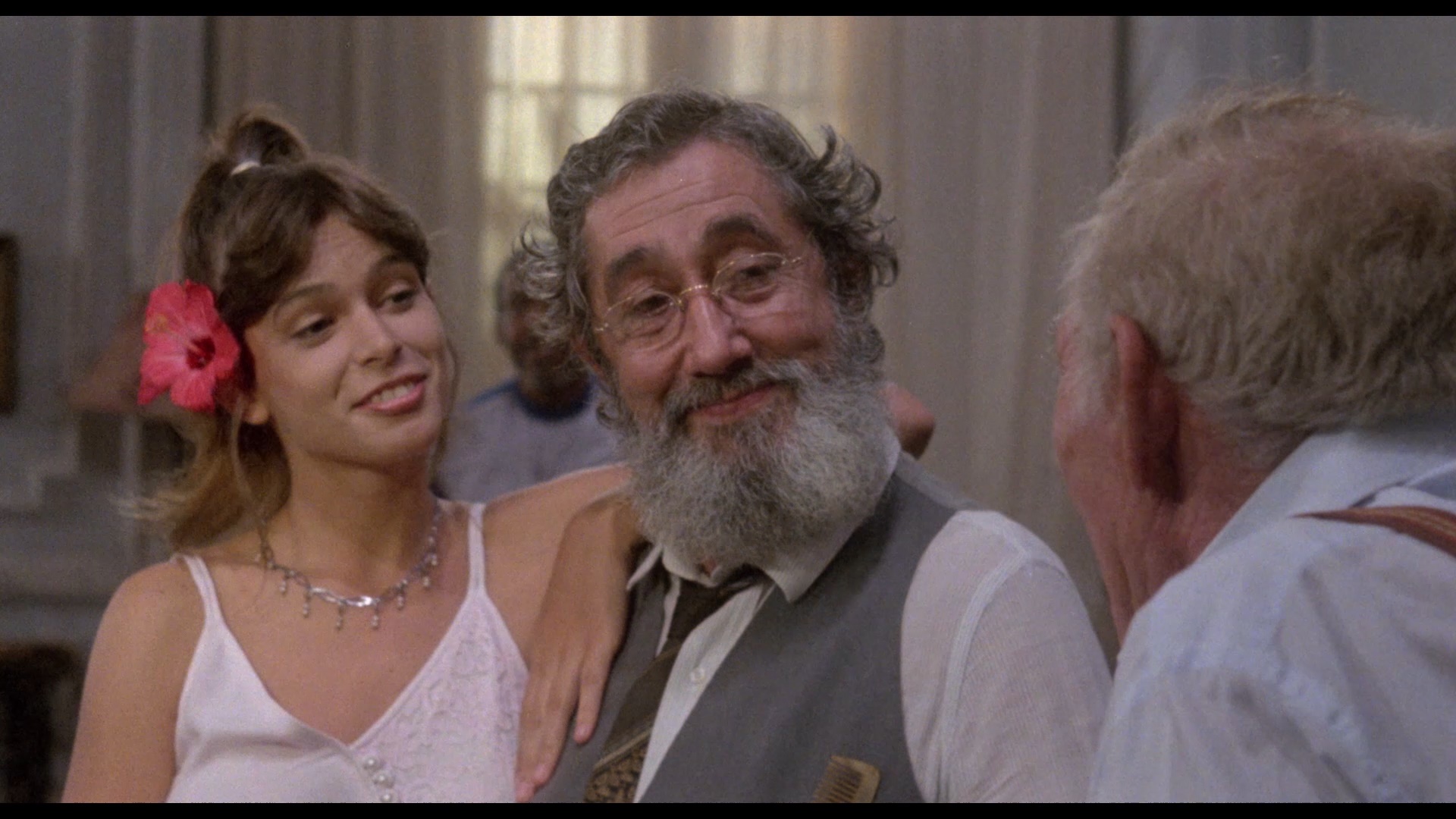 very late (and dinosaur-free) entry in the Italian 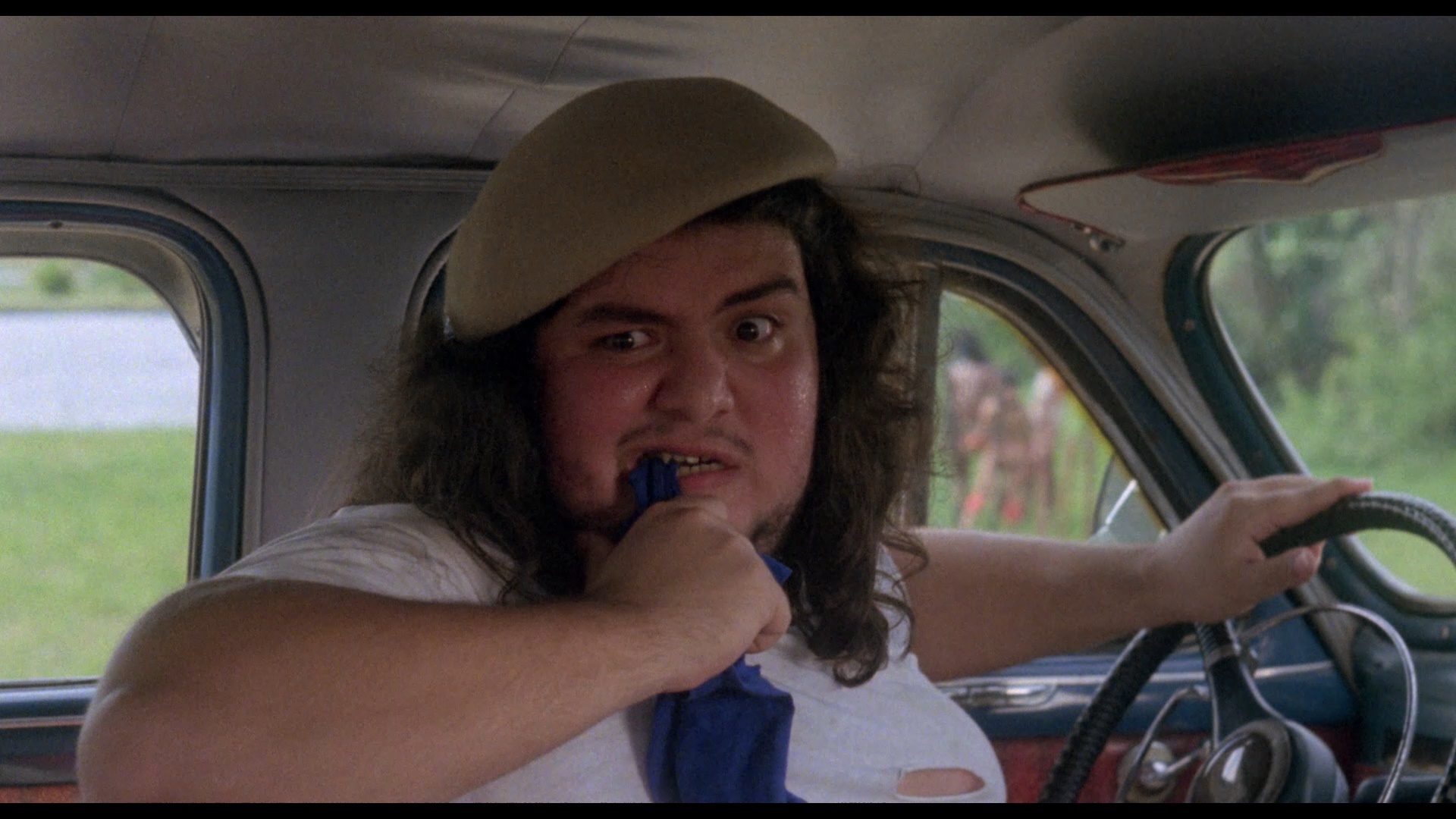 cannibal rally that began more or less in 1972 with The Man from Deep River, Massacre in Dinosaur Valley is a real oddity that goes for a rousing, lighthearted adventure tone much of the time and thankfully drops (most of) the animal mistreatment that plagued so many earlier entries. Essentially unseen outside Italy in theaters, the film became a familiar site in mom and pop video stores in the U.S. courtesy of Lightning Video (who played up the Indiana Jones angle on the box), the film marked the fourth and final starring vehicle for Michael Sopkiw, a former sailor who made a deal with his parole officer following a pot bust to find work in Europe. There he became a model and signed a deal to do a very memorable run of films including After the Fall of New York, Blastfighter, and Devilfish, all of which turned out to be cult favorites and made him a well-remembered, likable leading man of the era.

Upon arriving in the Amazon by bus to a small Brazilian village in search for the legendary Valley of the Dinosaurs, adventurer and paleontologist Kevin Hall (Sopkiw) finds himself up to his neck in trouble when he talks himself into an impending plane ride with some tourists deep into the heart of the jungle. When the flight ends up crashing in the middle of nowhere and kills some of its passengers, Kevin is left to explore the area along with models Eva (Carvalho and Belinda (Hahn), war vet Kevin (Rodríguez), and his sultry wife Marta (Anderson). As the survivors bicker about finding their way home and navigate natural perils like piranhas, they're targeted by an indigenous 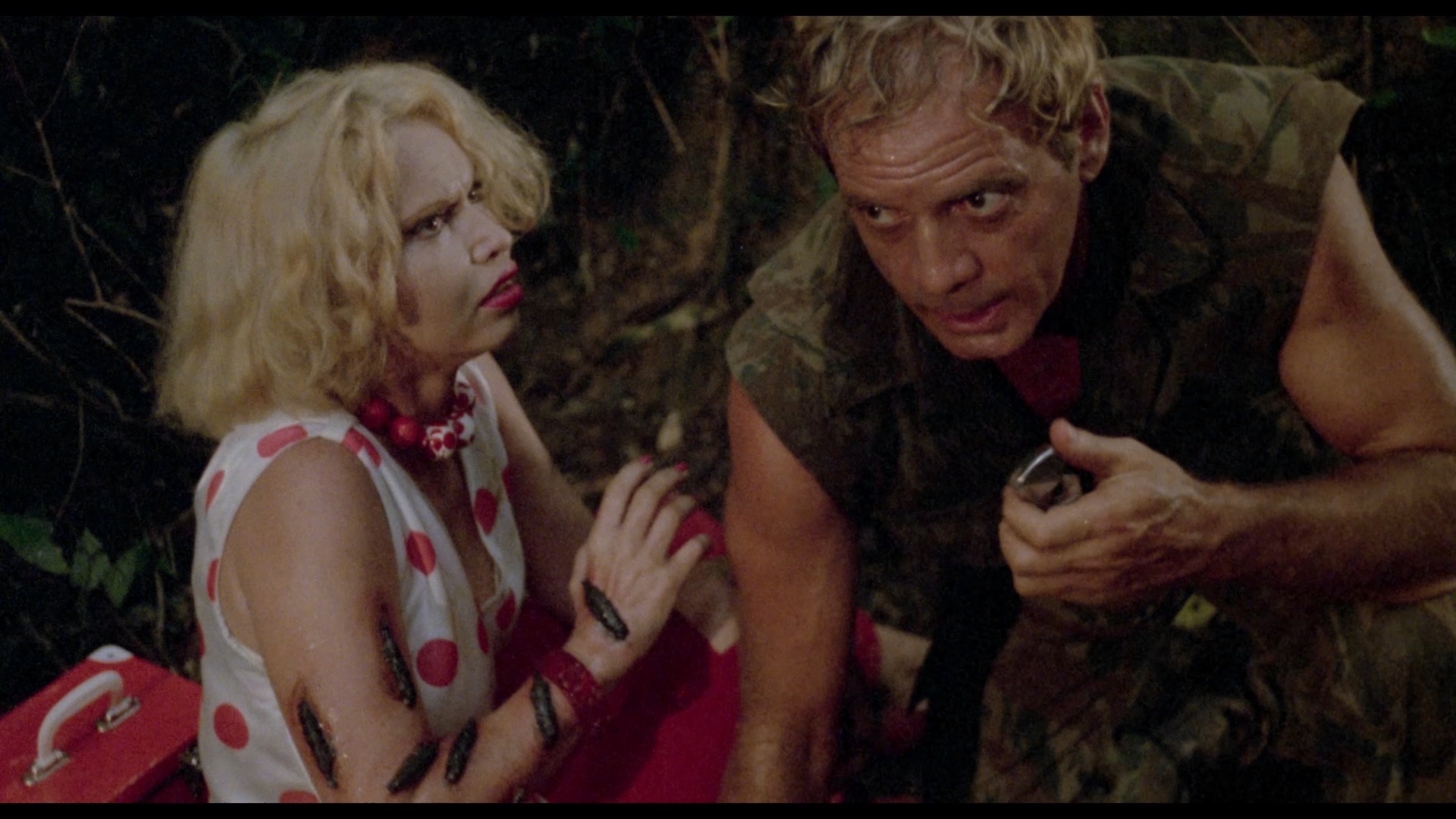 tribe of cannibals who decide to use the interlopers as both a food source and an object of worship.

Gleefully ridiculous from its opening moments, this is a solid example of the crazy action genre experimentation going on at the time that also led to insane Italian offerings like Cut and Run (and spiritually similar ones like France's Gwendoline). Prolific journeyman director Michele Massimo Tarantini (who probably hit his peak with the fun Luc Merenda poliziottesco A Man Called Magnum) keeps things moving quickly and artlessly throughout with enough gore and nudity to satisfy fans, and apart from a brief early scene of cockfighting before the expedition begins and a fleeting bit of rattlesnake abuse, it's fairly genteel as far as these things go. Sopkiw seems to be having a good time here and actually has pretty good chemistry with leading lady Carvalho (credited as Susane Carvall), who closed out her fairly short and mostly unremarkable film career with this role. It's pure mindless pulp fun all the way as a crazy genre patchwork (right down to its soundtrack, which freely recycles some of Fabio Frizzi's Blastfighter score) and just the thing to watch when you need to unwind with some weekend viewing.

Those who missed out on Dinosaur Valley in its VHS stage probably first encountered it via the Media Blasters DVD in 2004 which featured a decent widescreen transfer, a Sopkiw commentary (recorded at the same time as his notorious retracted one for After the Fall of New York), and video interviews with both the star and director. 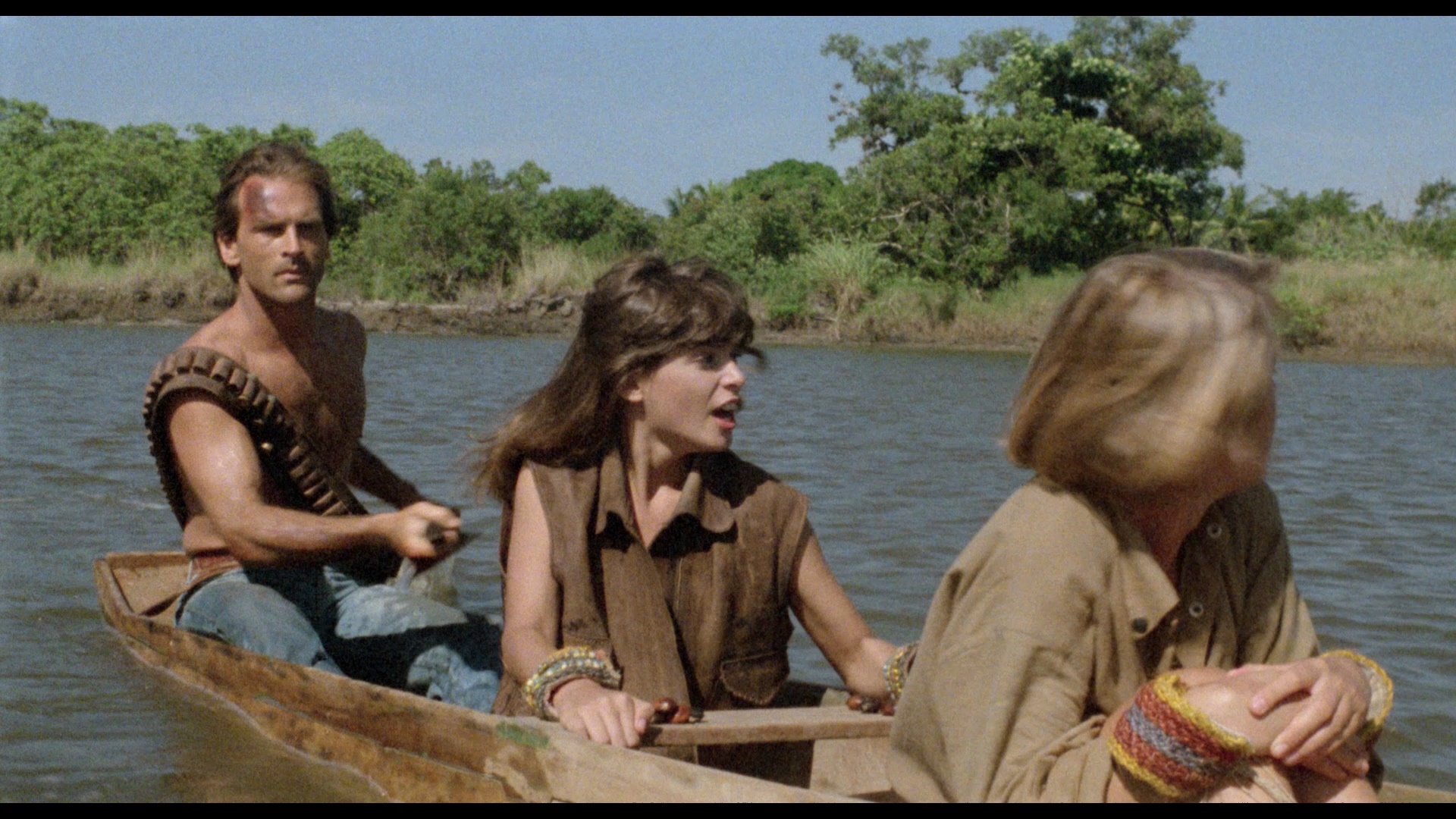 This film has had a particularly rocky release history in the U.K. including a very heavily cut DVD release in 2002 as Cannibal Ferox 2 (with 1m54s shorn by the BBFC) and 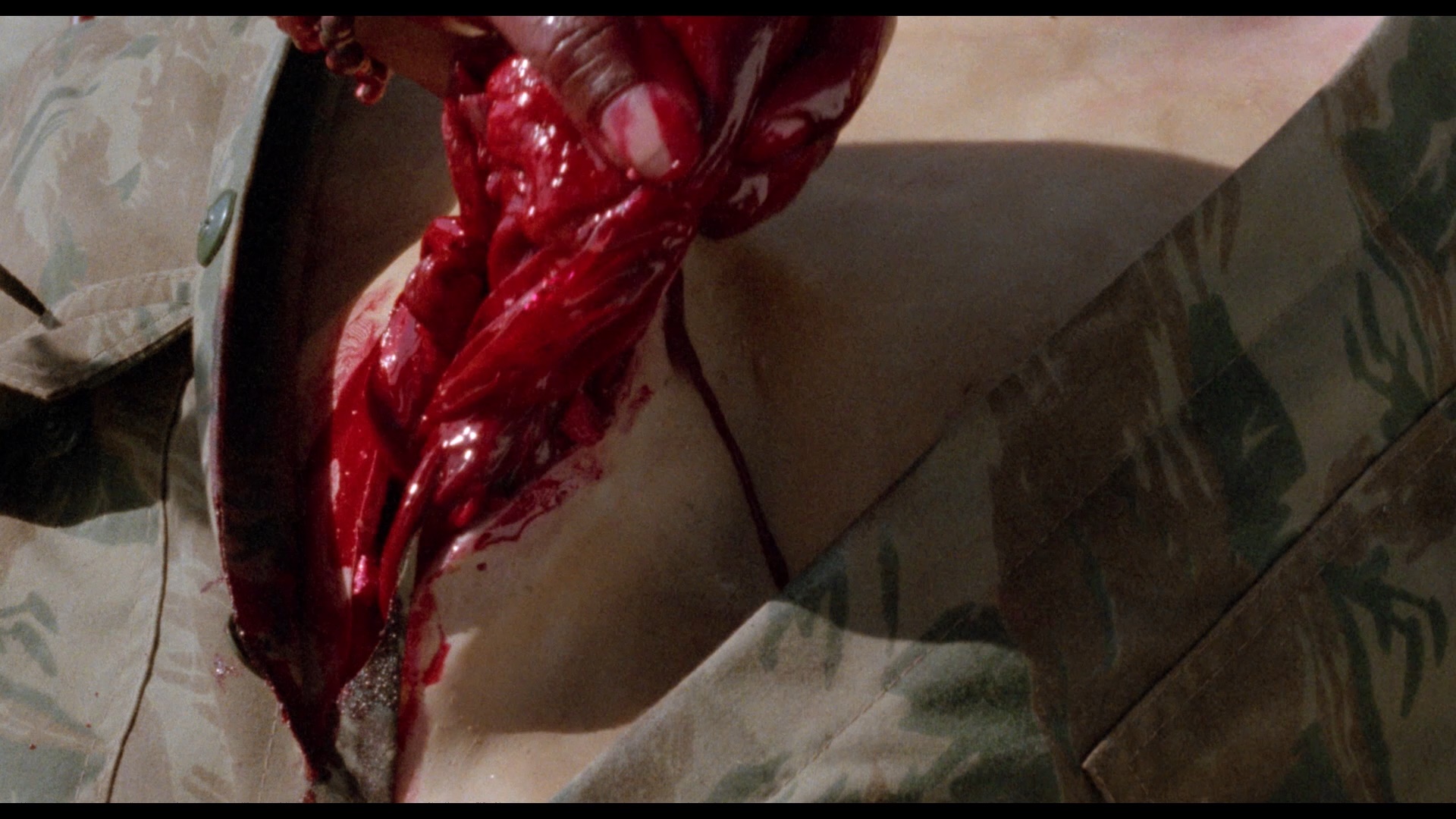 then a Blu-ray under its original title from 88 Films (with a simultaneous DVD edition), losing 13s from a cockfighting scene but also absent some other footage presumably due to element damage. At least that disc features a reel of deleted scenes, Italian and English audio tracks with respective English subtitles, a trailer, and a "Location, Location, Cannibalisation" featurette (21m) by Calum Waddell. That release came before 88 Films' dedication to proper color timing, so it has that dull greenish tinge that plagued some of its other releases like Emanuelle and the Last Cannibals.

In 2020, Severin Films brought this one back into circulation in the U.S. on Blu-ray and DVD including a limited slipcover edition. Featuring a fresh 4K scan of the original negative, it's presented completely uncut and looks excellent here with the most convincing color timing of any release to date; the authoring is also nicely handled considering it's a cheap, soft-looking film, and detail looks satisfying throughout. The DTS-HD MA 2.0 English and Italian mono tracks are also in good condition, with optional English SDH and English-translated subtitles provided. A very informative new 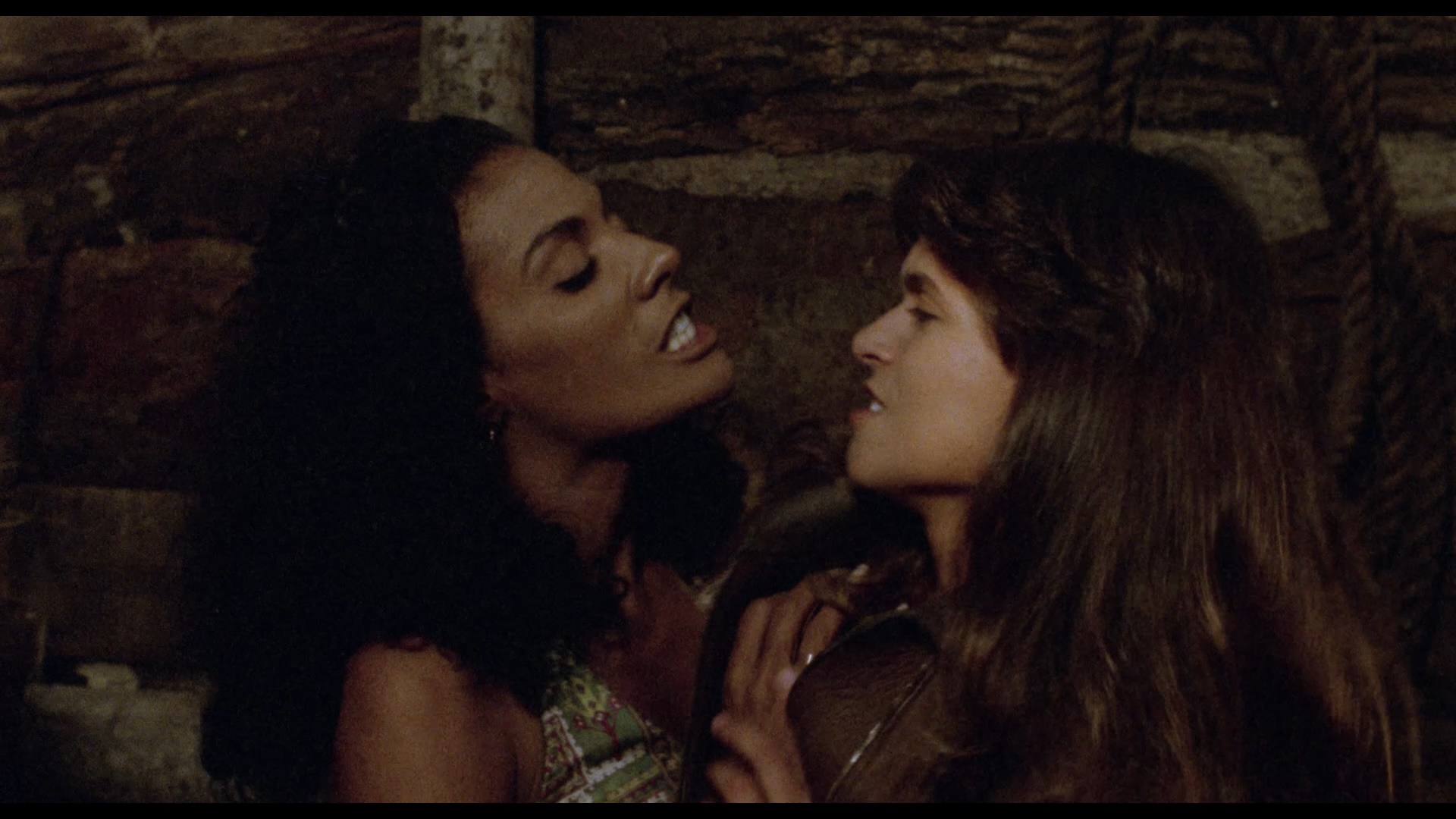 Sopkiw interview, "Valley Boy" (23m11s), features the bemused star chatting about his path to starring in Italian films, the positives and negatives of shooting in Brazil, the hard stance he had to take to get paid for doing his own dubbing for the English track (for the only time out of his four films), and the memories of his fellow 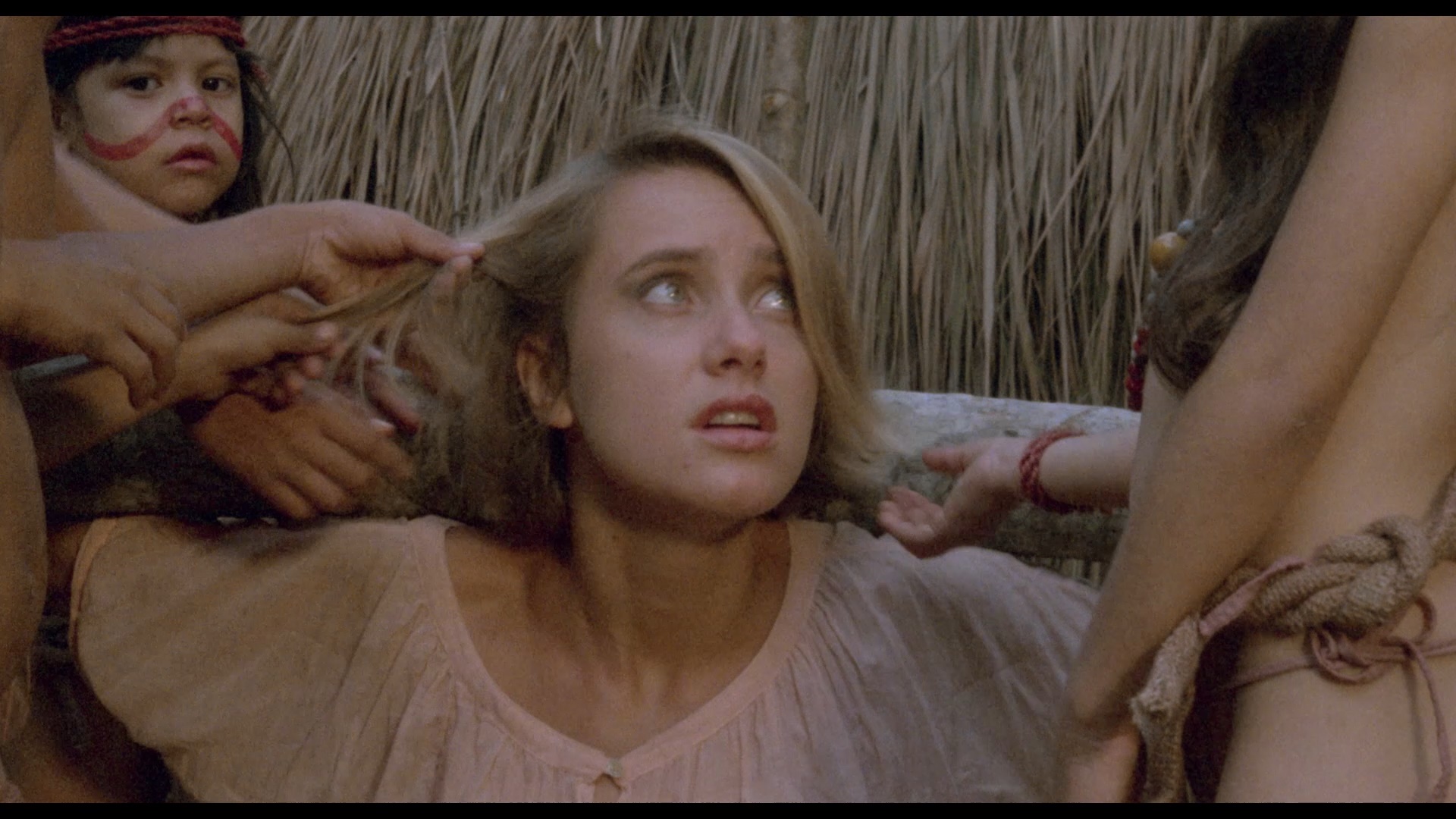 cast mates including one (unnamed) who had an attitude problem. Then "Lost in Brazil" (14m17s) features co-writer Dardano Sacchetti sharing recollections about the very excitable Tarantini, the connection to Ironmaster, the original idea of making a giallo combined with dinosaurs(!), and the three-day rewriting process by Tarantini that emphasized "scantily-clad girls." The reel of deleted and extended scenes (9m27s) is presented in its Italian and English variants (which some lengthy passages missing dialogue), mostly containing extra exposition and some additional cockfighting. Finally the disc wraps up with the very lively English trailer (again featuring that Blastfighter score) and the Italian credits as Nudo e selvaggio.