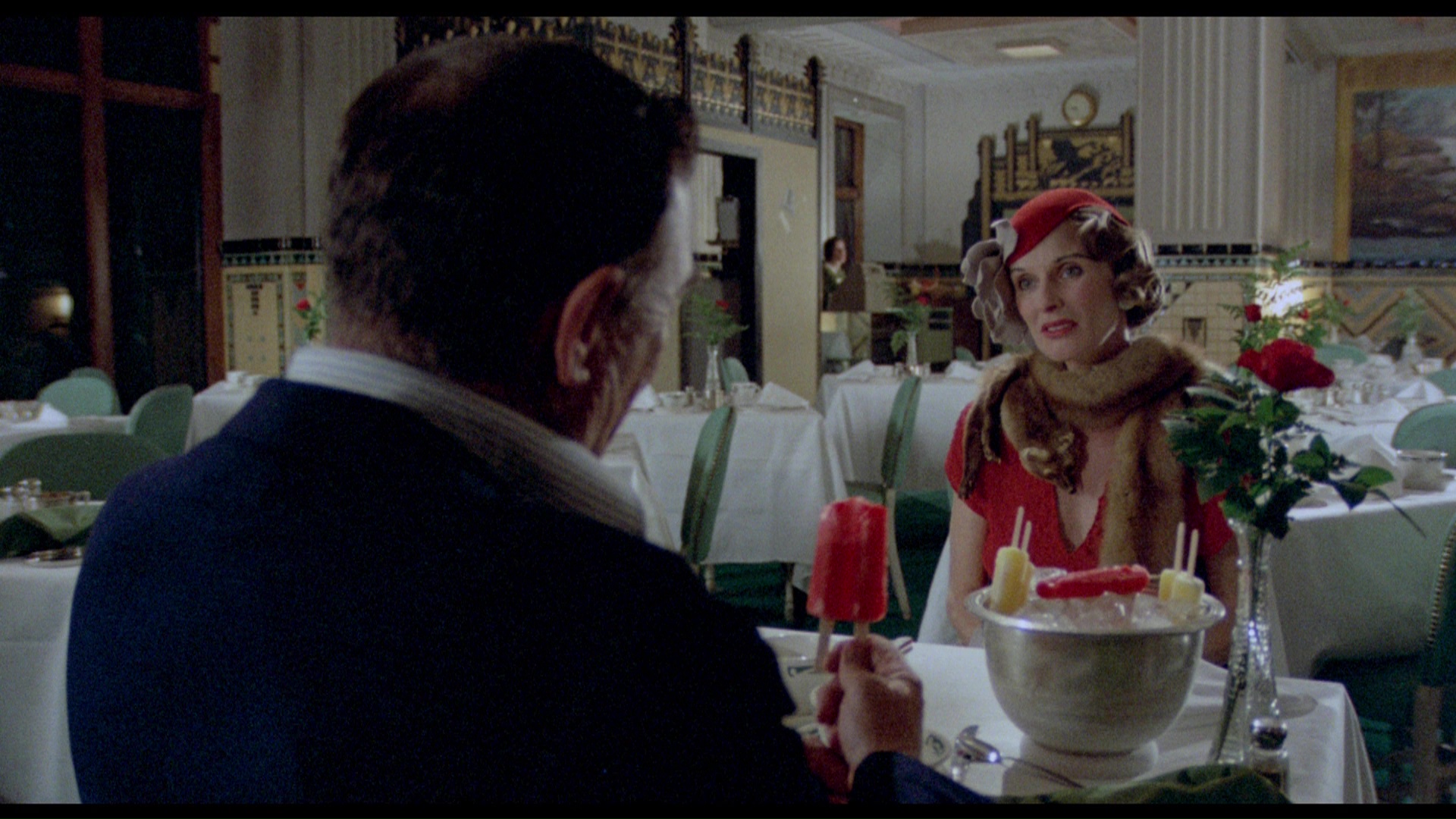 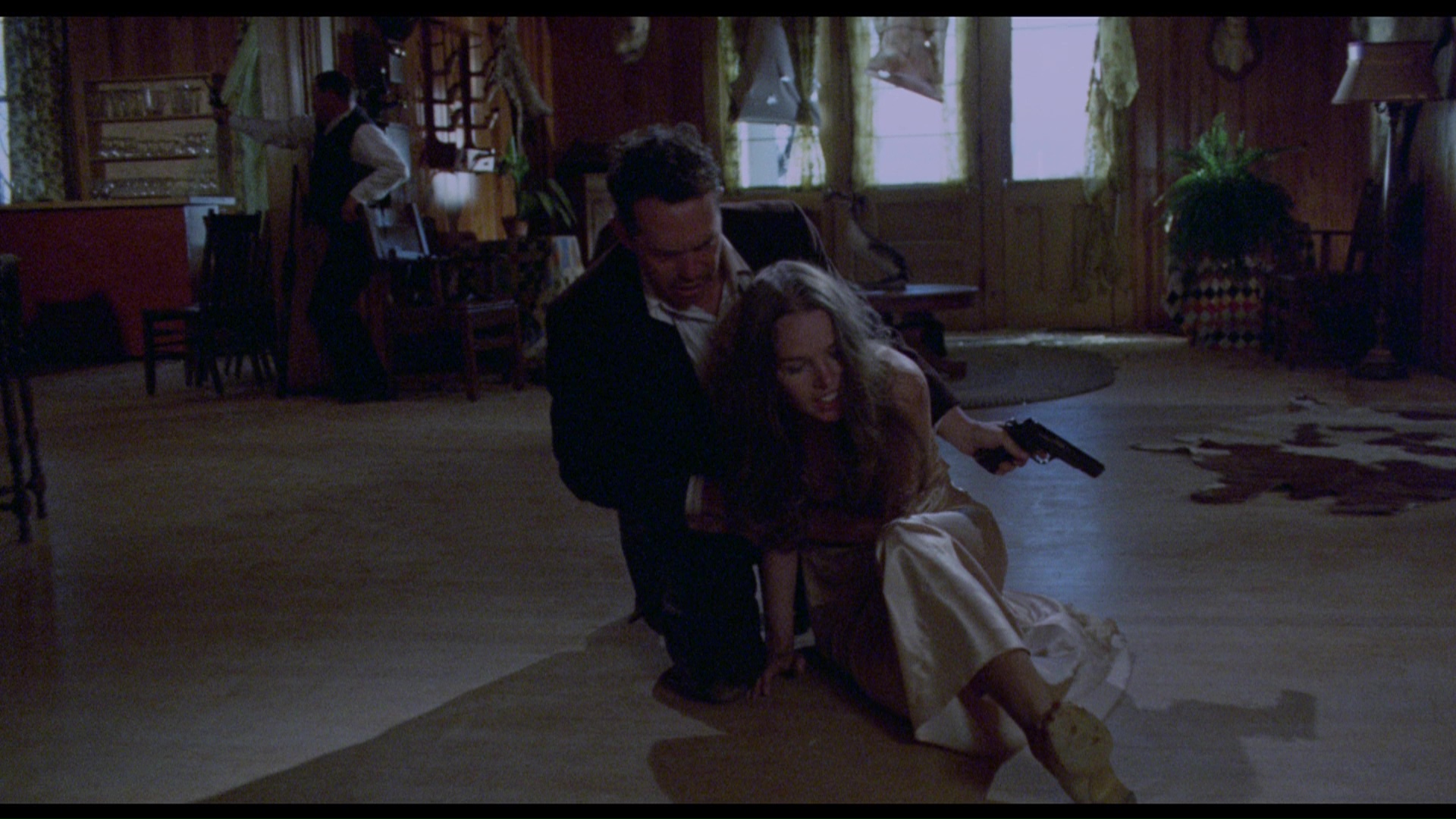 The nostalgia wave that hit America from the late '60s through the following decade resulted in some odd mutations of genres like musicals and westerns, but few twisted around as completely as crime films. Particularly in the wake of Bonnie and Clyde, Depression-era gangsters and robbers were suddenly in vogue with Roger Corman and AIP in particular cashing in with violent '30s crime saga like Bloody Mama and A Bullet for Pretty Boy.

One of the best of this wave was this somewhat fictionalized look at the legendary exploits of John Dillinger as told by one of the most fearless of the '70s generation of New Hollywood wunderkinds from USC, John Milius, who made his feature directorial debut with this back to back with his writing gig on the second Dirty Harry film, Magnum Force. Of course, Milius would go on to become a symbol of wild macho Hollywood with his small handful of directing efforts like Conan the Barbarian and Red Dawn, which were enough enshrine him in the guy's cinema hall of fame forever. Released by AIP, Milius' film turns to one of Sam Peckinpah's most iconic leading men, Warren Oates, as the title character, who riddles the Midwest with bullets and inspires a dogged manhunt from G-man Melvin Purvis (Johnson), a character Milius would spin off into a Dan Curtis TV pilot one year later. Dillinger and his gang's killing of five feds during one robbery is really the start of our story, with Purvis and Dillinger zig zagging through a string of bank robberies and violent associates while the gangster also becomes romantically entangled with principled hooker Billie Frechette (Phillips). 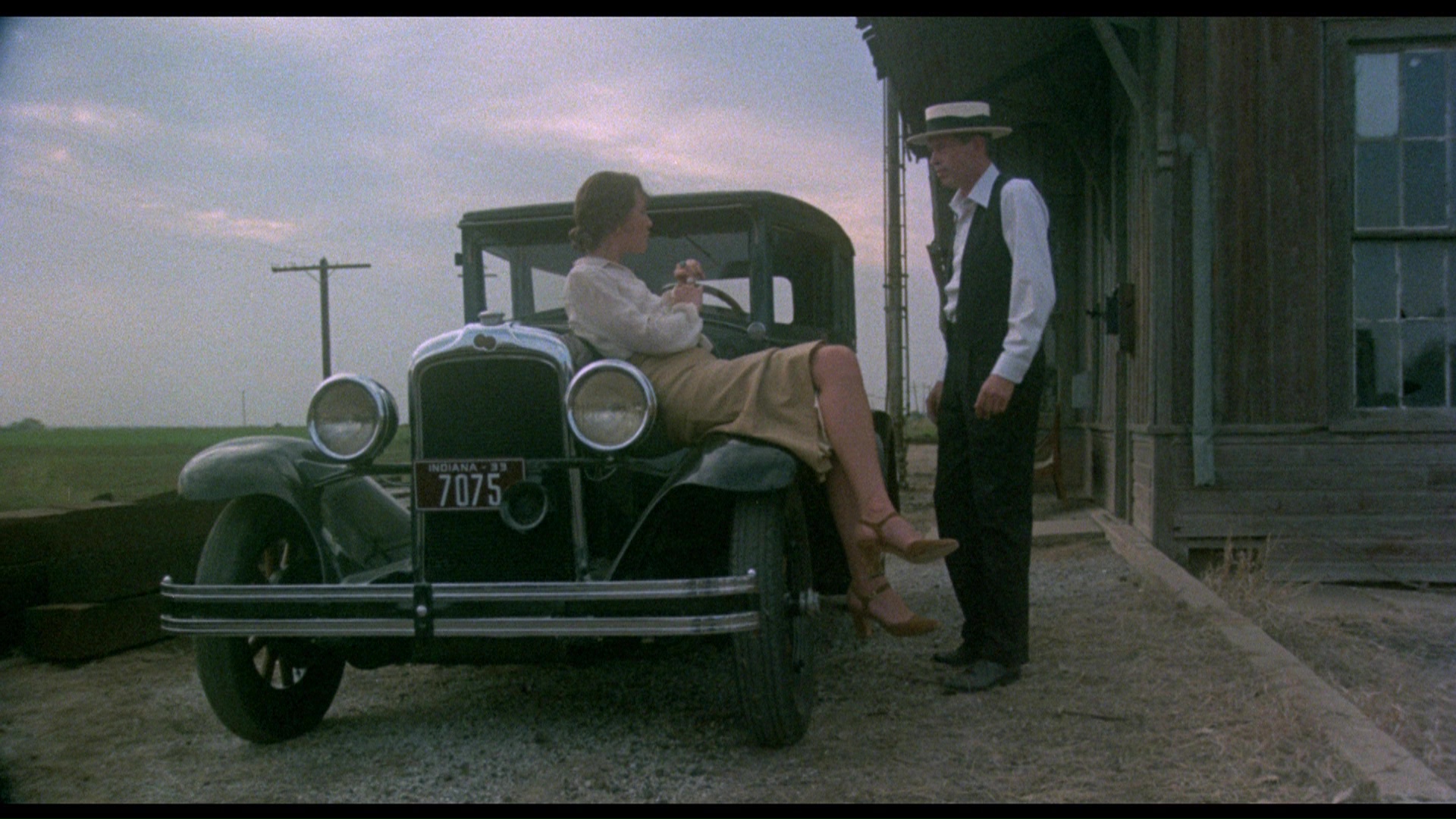 As you can probably tell from the cast list above, much of the fun here comes from seeing a wild assortment of character actors together, cast mainly as Dillinger's associates. Harry Dean Stanton, Geoffrey Lewis, John P. Ryan, and even a young 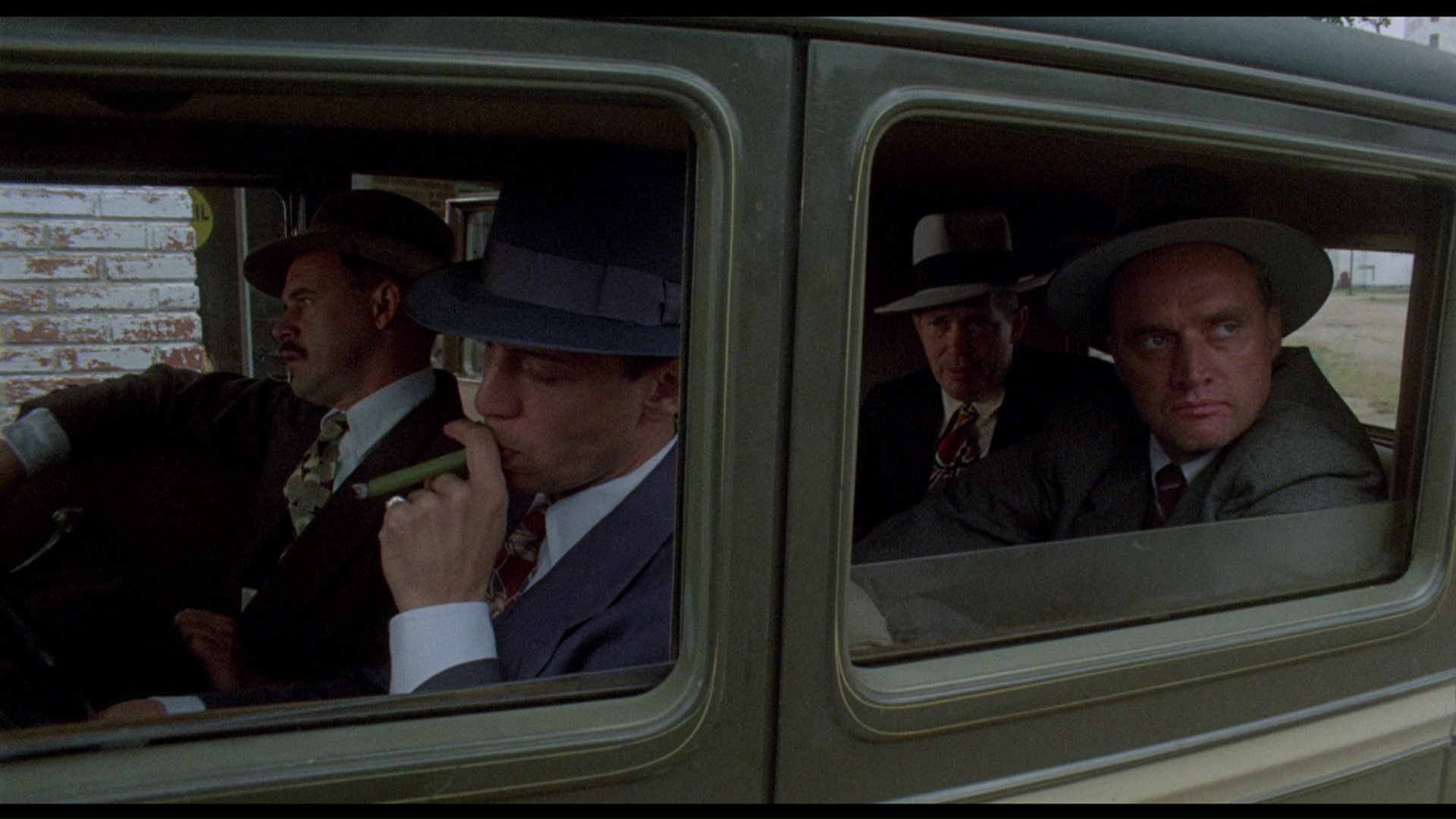 Richard Dreyfuss (as loose cannon Baby Face Nelson) all get juicy material, while Johnson's The Last Picture Show costar, Cloris Leachman, gets a high-billed cameo appearance near the end as the Lady in Red. As a history lesson it's pretty dubious stuff, but there's no denying the entertainment value here with Oates and Johnson really making the most of their roles. Only pop singer turned actress Phillips seems a little out of place here, giving a solid performance but not quite convincing with her fashion model looks and chilly screen presence (which would later be put to better use by Ken Russell in Valentino). Overall it's a respectable entry in the string of Dillinger-related films out there including Public Enemies, The Lady in Red, and the 1945 Dillinger with Lawrence Tierney.

Milius' film has been fairly easy to find on home video, especially since its appearance on DVD from MGM who acquired most of the AIP library. However, the US-only Arrow release (a dual-format one with Blu-ray and DVD options) improves things with a fresh HD scan that looks about as good as you could hope for this modest-looking period film. The color schemes are fairly drab, an intentional artistic choice, but the uptick in clarity is significant throughout with much more detail apparent in darker scenes. 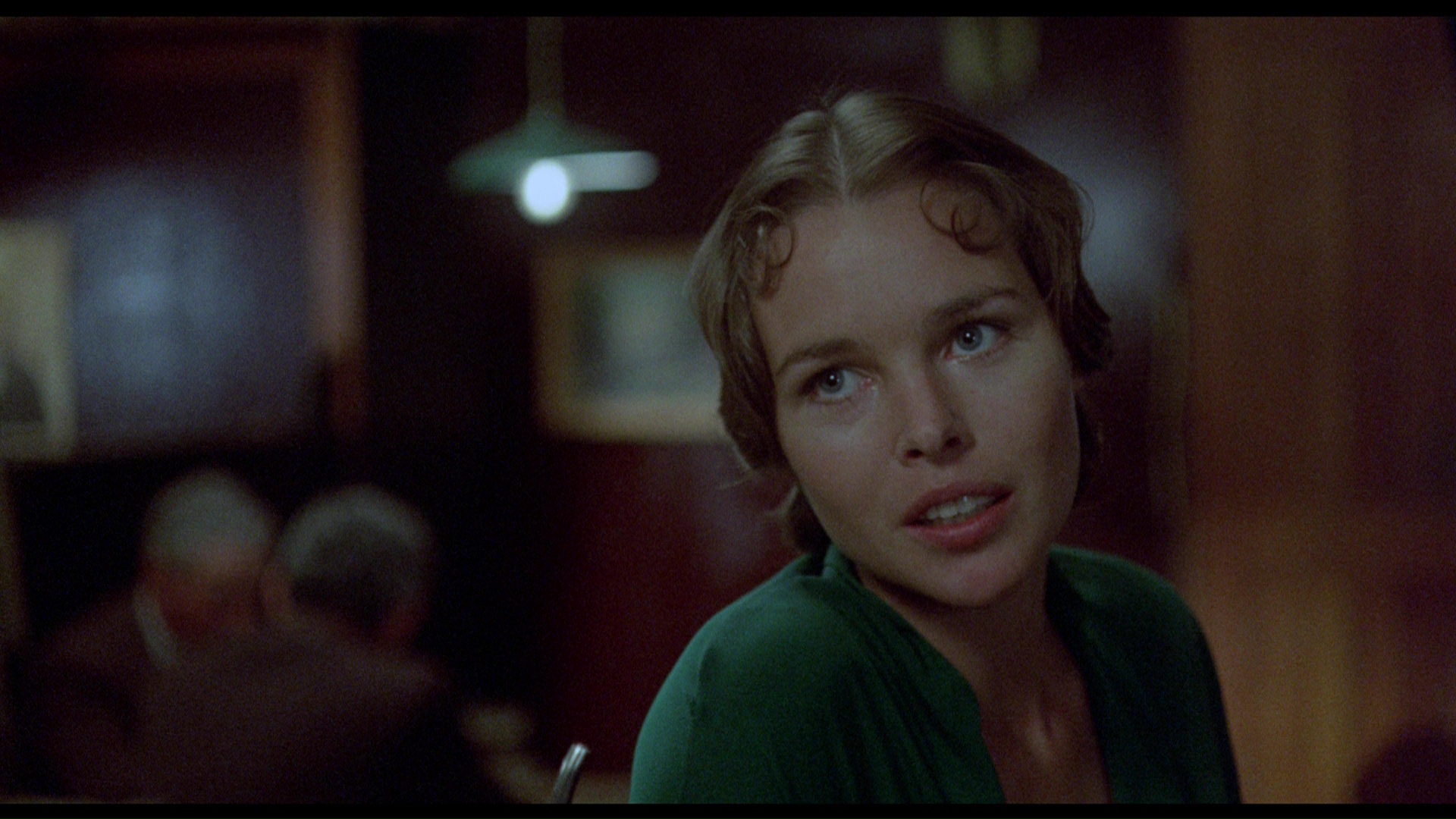 The LPCM English mono audio on the Blu-ray (featuring optional English subtitles) sounds excellent with nice support for the score by Barry De Vorzon (The Warriors), one of the few '70s AIP films to get an LP soundtrack release. An isolated music and effects track is a welcome option here, too. A pretty thorough audio commentary with Screening Violence author Stephen Price makes for an informative companion piece, running through the real vs. cinematic locations and pointing out the (many) narrative flourishes here that fly in the face of the facts. In addition to the usual theatrical trailer you also 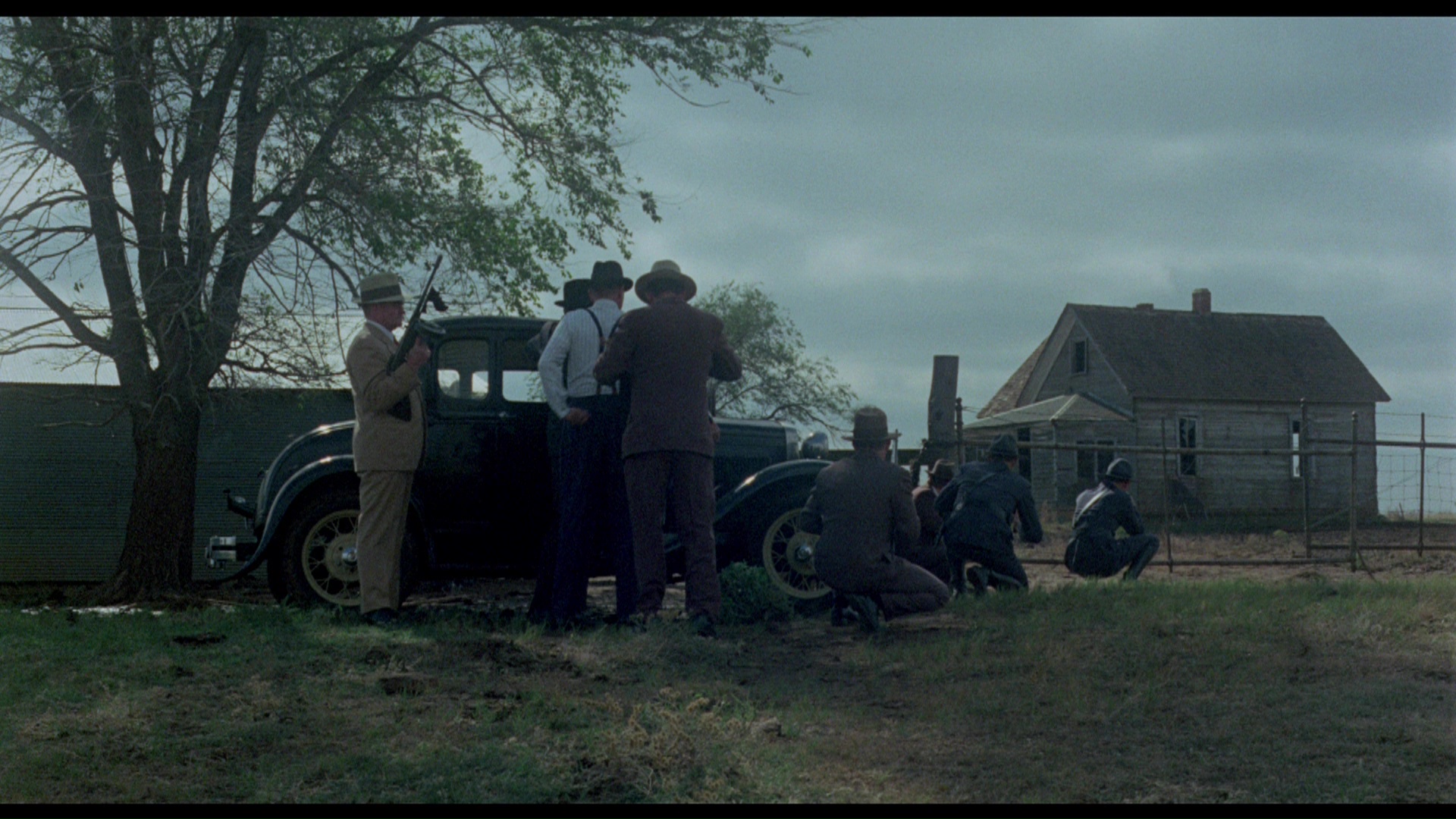 get some new video extras: a 10-minute interview with producer Lawrence Gordon, a 12-minute piece with director of photography Jules Brenner, and a 12-minute conversation with De Vorzon (who spends most of his time going over the rest of his career, just touching on this one in tiny bits). All of them touch on working with Milius, who was already showing some of his now-familiar eccentricities despite his relatively new status in the biz. Also included are a stills and poster gallery, the usual reversible sleeve options (new artwork by Sean Phillips or the theatrical poster), and an insert booklet with a new essay by Kim Newman about the cinematic history of Dillinger and a vintage set of Q&As from the production.