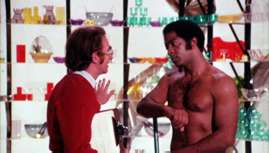 According to Howard Hawks, a good movie had to contain three great scenes and no bad ones. In weird cinema terms, that means Deliver Us from Evil (originally released under the title Joey which remains on most current circulating prints) is a real diamond in the rough as it contains a trio of sequences guaranteed to stop viewers in their tracks, even if the material surrounding it is just average 70s issues preachiness.

The first highlight comes right during the wildly expressionistic opening credits as janitor Chris (regular TV actor Roker) reacts to his demanding boss by smashing up a room full of glass shelves and bottles, only to find himself in a straight jacket inside a rainbow-colored funny farm where he bellows nonstop at his doctor.

From there we get about an hour or so of TV-style plotting as our hero goes back out on the streets and is appalled by all of the violence committed by black people against each other, with schoolyards in particular targeted for bullying and bad influences. A pretty young teacher (OHenry) and a cute, wise-beyond-his years kid in a wheelchair named Joey (Martin) are especially put-upon but neighborhood thugs who like to show up in the schoolyard where little kids like to get funky and do dance routines during recess. Then at the 70-minute mark, the film drops another bombshell sequence out of nowhere thats so artistically audacious and out of character with everything before it you have to wonder if Luis Bunuel suddenly showed up on the set for one day. The melodrama continues to escalate and appears to build towards a violent conclusion until the film instead climaxes by having our hero turn directly to the audience and deliver a pissed-off lecture at the camera about the horrible state of todays neighborhoods. 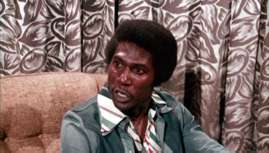 Almost every scene in this film is scored to a very long, very repetitive song called Know What Were Doing to Ourselves, which plays at least 15 times during the running time. That just adds to the weirdness factor of this major oddity, which looks it was designed as a sort of forerunner to todays gospel plays and their offshoots, Tyler Perrys static movie sermons about why a man in drag as an old woman knows better than everyone around him. However, the execution contains so many cockeyed touches it would instead make a perfect companion piece to 70s urban Christsploitation classics like The Cross and the Switchblade. The only really recognizable name here is a negligible role for Juanita Moore, best known as the put-upon maid in Douglas Sirks version of Imitation of Life, while everyone elses acting is either pitched at pure hysteria or the level of an average C.H.I.P.S. episode.

The lineage of this DVD release i 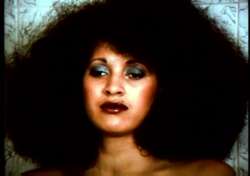 s a bit tricky to navigate; it originated as a Code Red title, then got picked up by Navarre to continue their line of Exploitation Cinema double features after the collapse of BCI  but the packaging bears the label of the films licensor, Saturn, a name long dormant since the 80s VHS days. In any case, the transfers a perfectly good one considering this looks like one of the better surviving theatrical prints; colors are very bold and strong, but damage is evident in many scenes, giving it a vintage grindhouse feel. If you don t mind these imperfections, the presentation is perfectly acceptable and comparable to seeing it now in a theater.

Unfortunately the films co-feature doesnt fare nearly as well. So obscure it doesnt even appear on iMDB, The Fox Affair is a numbingly dull mixture of blaxploitation and espionage thriller that wastes 95% of its running time on people sitting around at tables or in cars talking about fixing up prominent men with sexy women. Unfortunately this activity is rarely shown and basically leads nowhere except to a state of extreme sleepiness in the viewer. Only two brief scenes shake things up enough to raise an eyebrow: one early, wholly inexplicable bit involving a bodybuilder showing off in bikini briefs inside a hot tub while surrounded by cooing, naked women, and the very last scene which tosses in a gratuitous and quite hilarious car explosion. Otherwise its a complete waste of time and barely warrants a quick skim using the fast-forward button. The transfers wretched as well, obviously taken from an old 80s full frame master with soft detail and noticeable telecine wobble from start to finish. Just stick with the main feature, which is worth the price tag alone. Extras include a wonderfully overwrought trailer for Deliver Us from Evil and additional previews for Terminal Island, Group Marriage, Dr. Black & Mr. Hyde, Death Force, Cheerleading Section and The Working Girls.