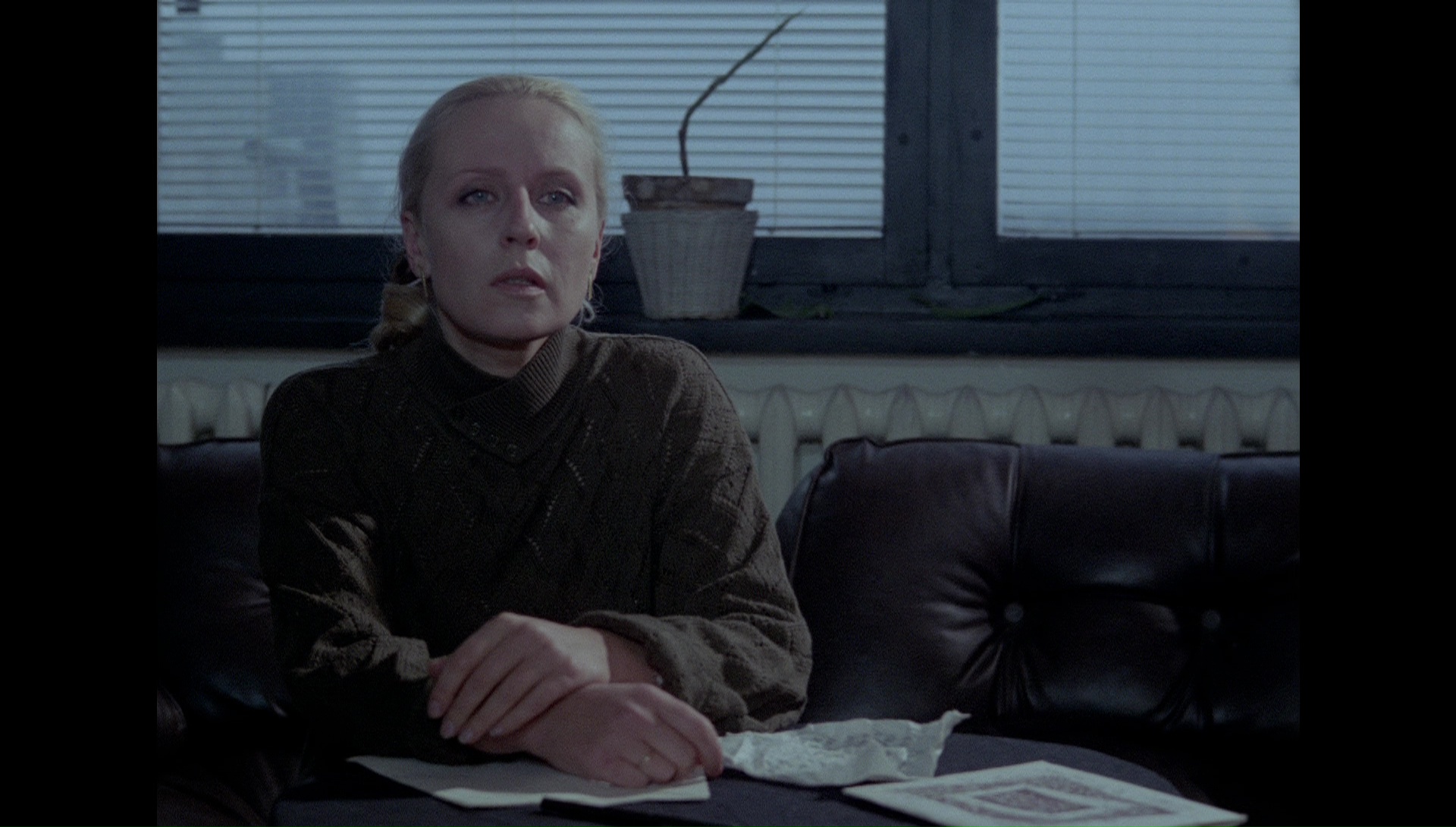 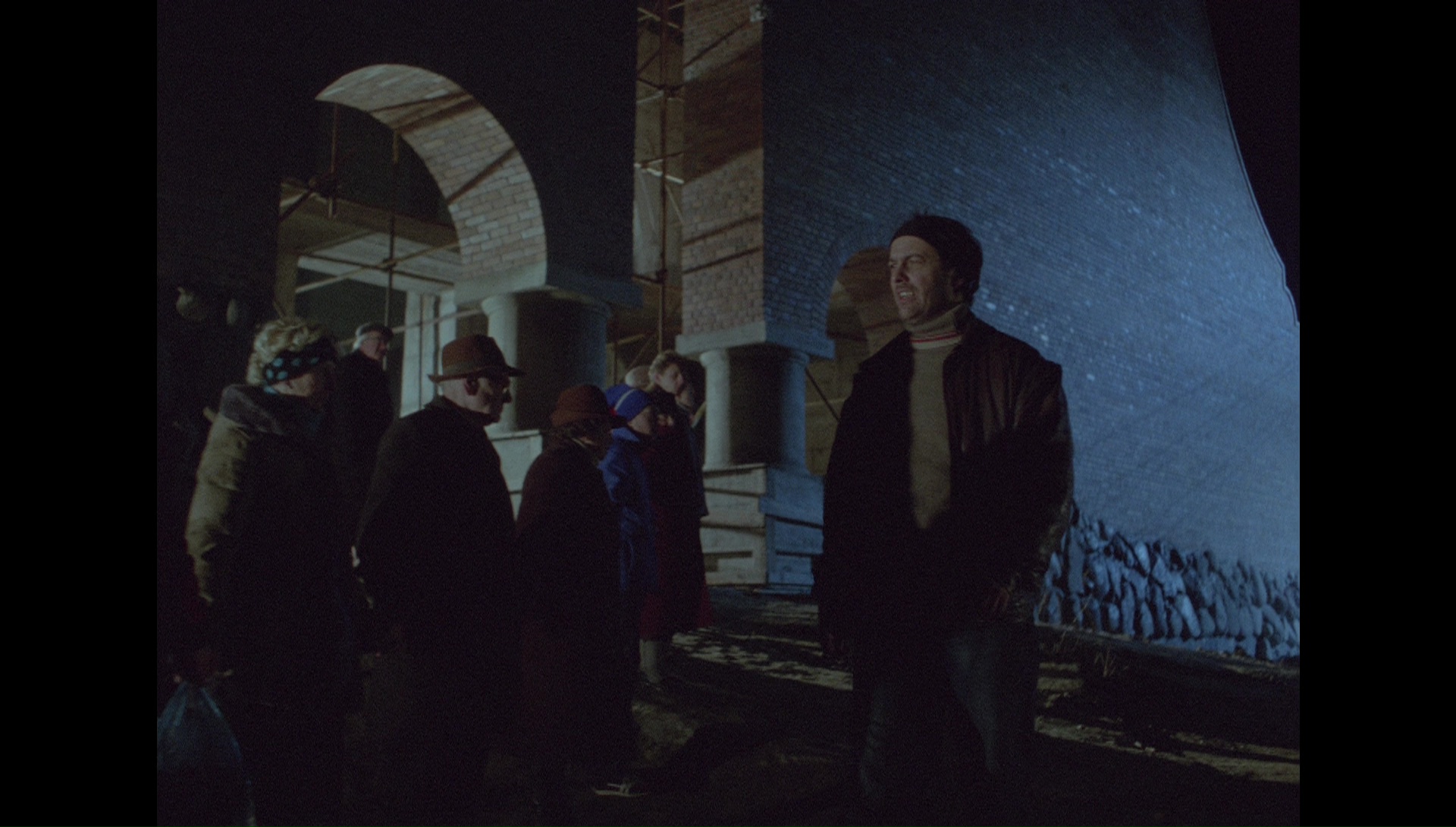 One of Poland's greatest directors, Krzysztof Kieślowski had already delivered a string of accomplished documentaries, made-for-TV films, and a handful of notable films like The Scar, No End, and Blind Chance when he undertook Dekalog in 1988. Comprised of ten remarkable films (each running just under an hour), the television production uses the Ten Commandments as a sort of thematic linking device, but it's far from a religious tract; instead the loosely connected stories (with only one actor appearing in most of them, albeit as a mute) use the commandments as a (sometimes imprecise) springboard to meditate on modern life and the way human connections and attitudes can affect fate in highly unpredictable ways. Two of the episodes were expanded at the same time as feature film releases, A Short Film About Killing and A Short Film About Love, while the artistic breakthrough the entire project ushered in laid the groundwork for what would become the filmmaker's most acclaimed and influential international releases, The Double Life of Veronique and his landmark Three Colors trilogy. Kieślowski announced his retirement in 1994 when the trilogy was completed and died in 1996 of cardiac arrest, leaving behind a legacy unlike any other. 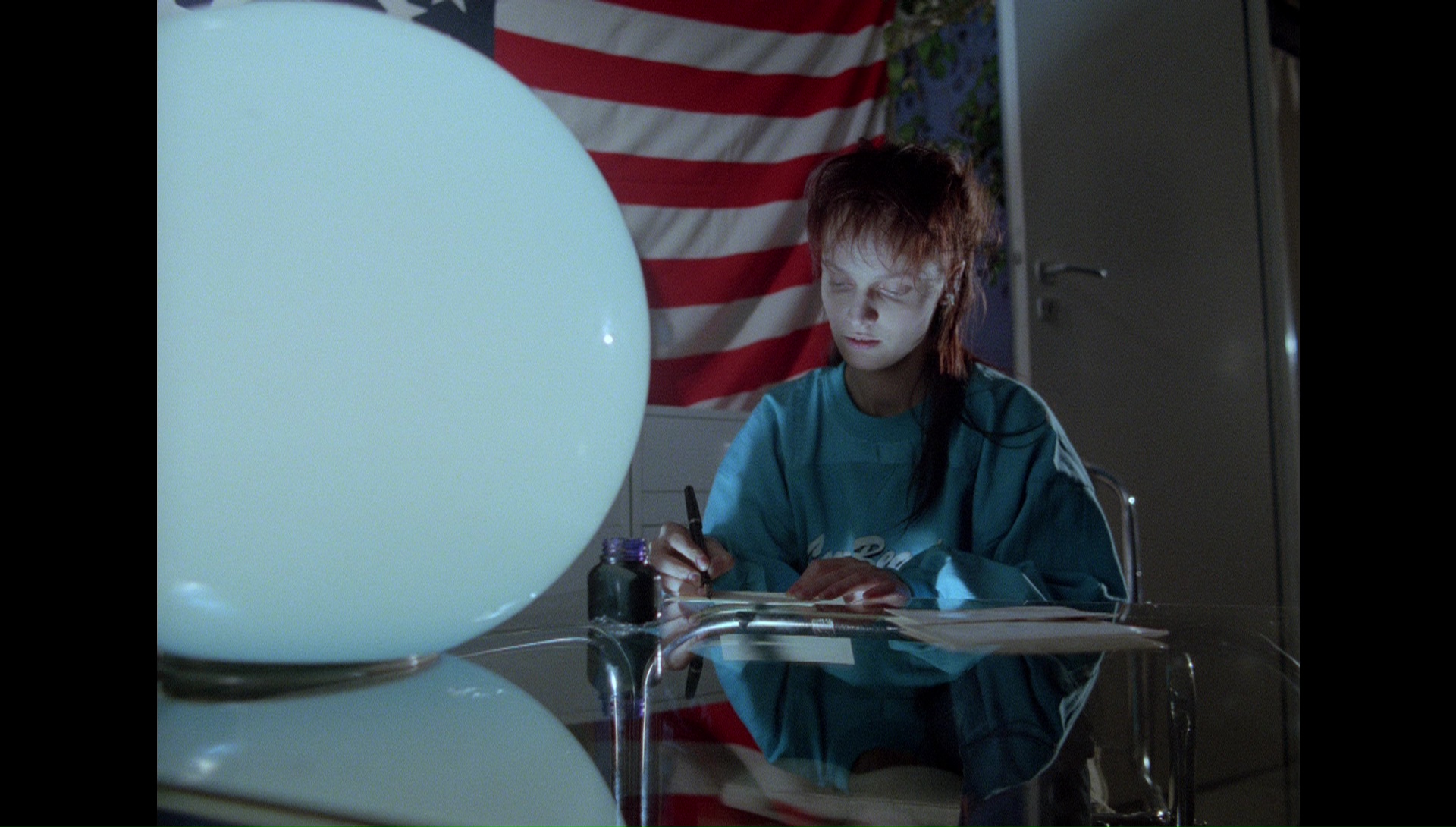 Each episode is identified only by a number and relies strongly on close ups and shots of the Polish city landscape (using the Dekalog apartment complex as a focal point), kicking off with the story of a professor who puts a "god" of sorts above others in the form of hard reason, represented by the computer he uses to teach his son about the scientific method -- represented by testing the freezing rate of a pond. In 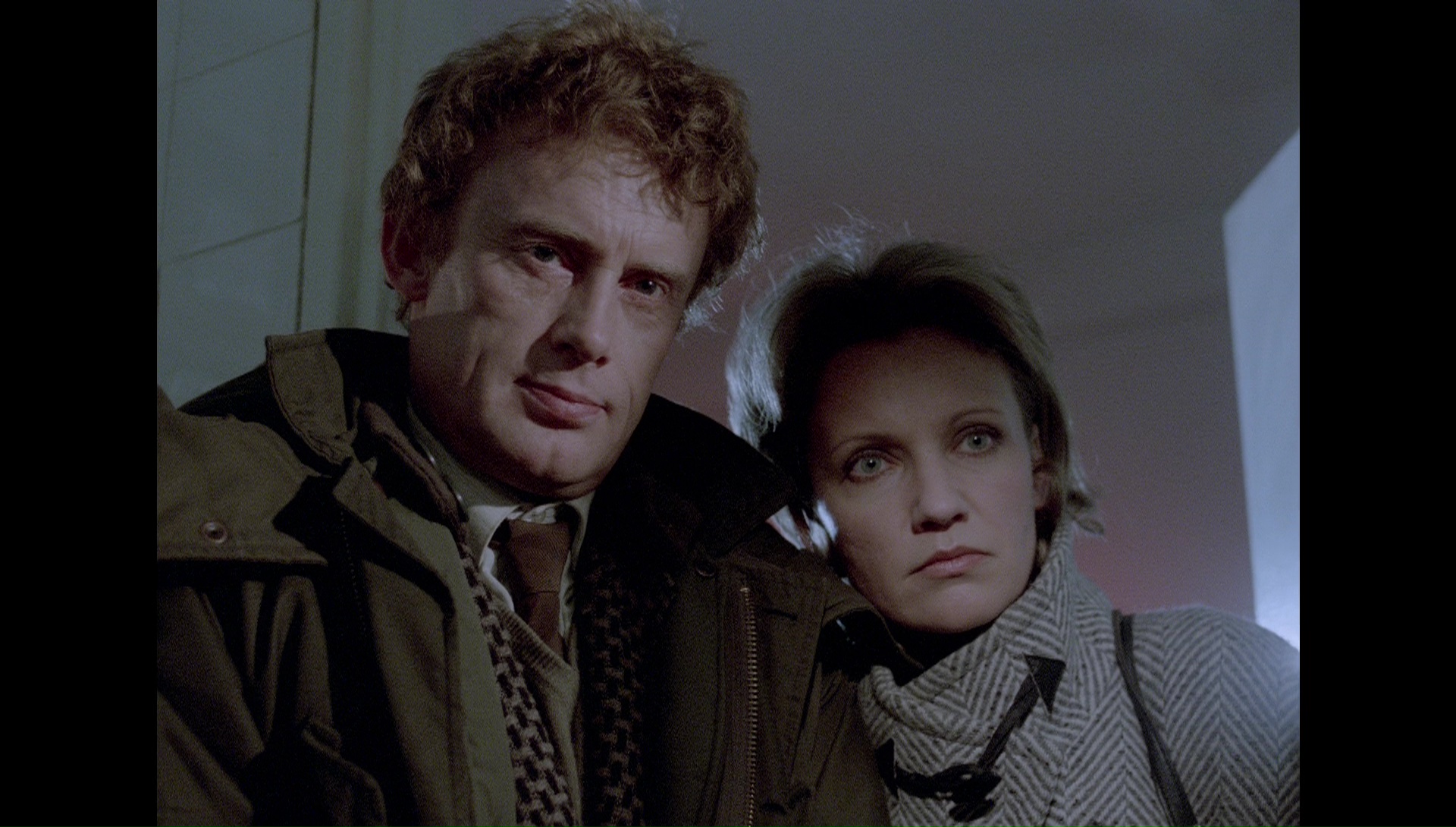 episode two, a pregnant woman confronts a doctor (whose dog she had run over earlier) to find out her husband's medical prognosis -- because the baby isn't his, and she isn't sure which way to turn. From there the series deals with a wide variety of characters: an internal bet made over the Christmas holidays; a daughter grapples with a mysterious note left by her father while he's away on business; a strangulation murder by a vicious prankster involves a seasoned cabbie and a young lawyer on his first case, a young voyeur insinuates himself into the life of a neighbor he loves; the daughter of a teddy bear maker abducts her little sister for surprising reasons; a classroom lesson involving a Holocaust survivor invokes the Catholic doctrine against lying as part of a traumatic past incident involving a Polish family; an impotent physician investigates his wife's possible infidelity; and two brothers bequeathed a valuable stamp collection by their father have to cope with the sudden change in their lives.

Kieślowski originally intended the series to 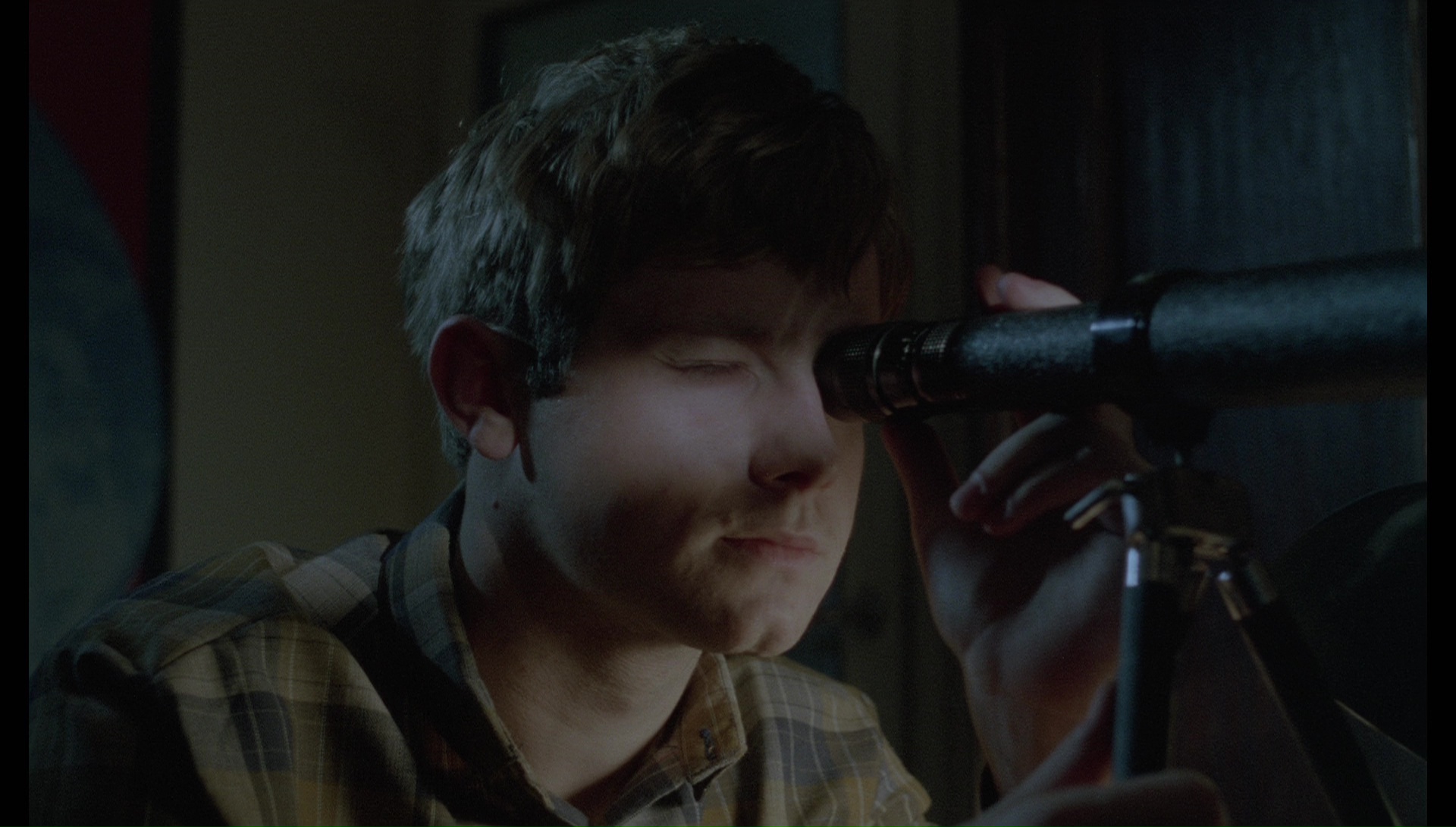 be directed by multiple people but instead took on duties by himself, employing various cinematographers to shake up the look (but with his own directorial stamp ensuring it still looks pretty consistent all the way through anyway). This also marks his first major collaboration with composer Zbigniew Preisner, who would work on his later features with spectacular results and would go on to such films as Damage, The Secret Garden, and Europa Europa. The series was highly acclaimed in Poland but didn't receive major play in the United States until the director's later films became a sensation, with Facets eventually released a pricey DVD set in 2003 as The Decalogue (and a split two-part release in the UK from Artificial Eye around the same time), culled from adequate but unimpressive TV masters. 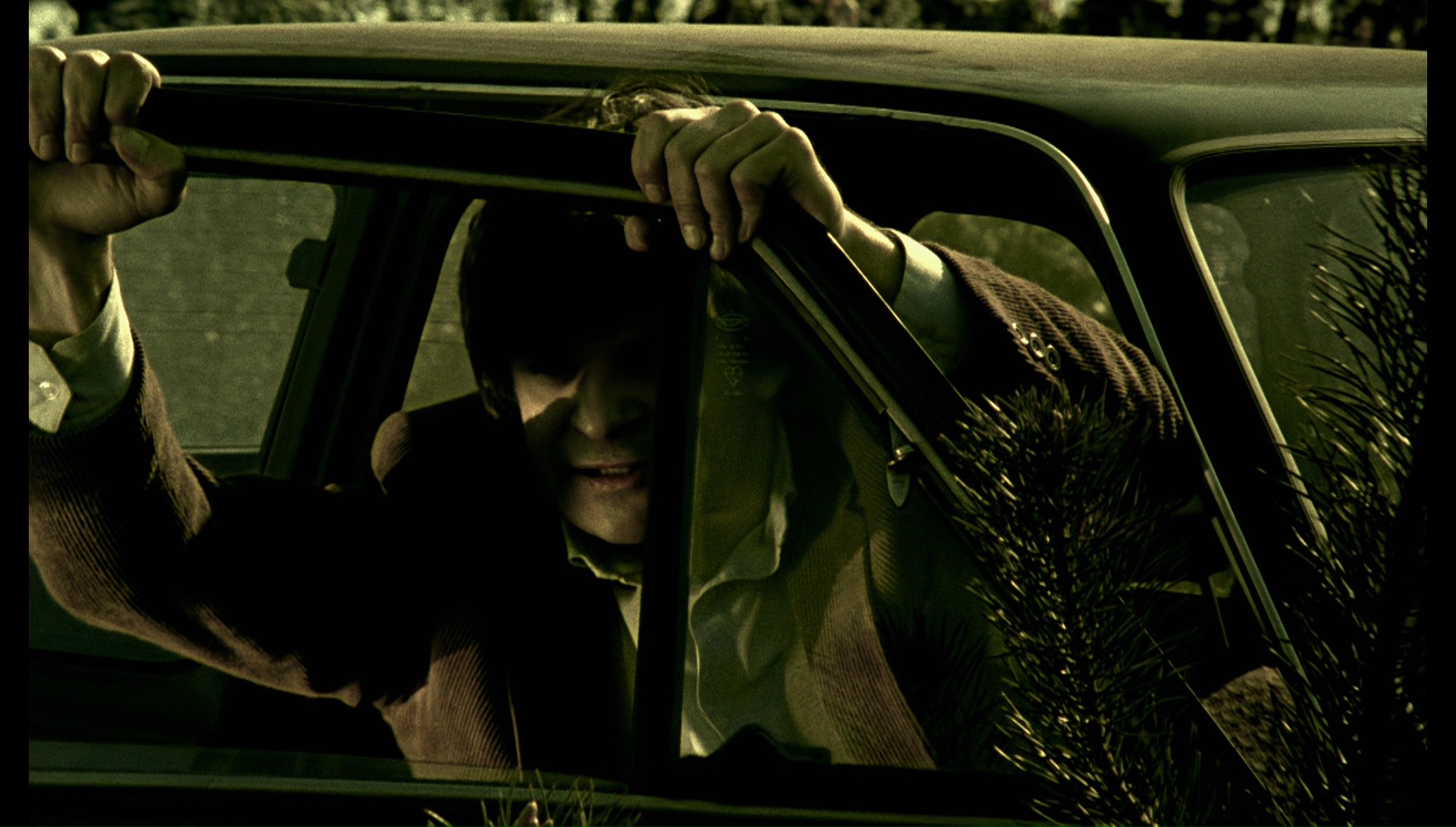 An extensive restoration and new 4K digital transfer of all the episodes was undertaken in Poland, with nearly simultaneous sets issued in the United States and United Kingdom with entirely different extras, meaning fans are actually best off getting both. The U.S. Criterion exists as separate Blu-ray and DVD boxes, with five episodes on each Blu-ray and the two Short Film features included in their entirety on a separate disc. Other extras include a pair of videos (20 mins.) from the 1995 documentary, A Short Film About Dekalog, 23 minutes of audio from a a 1990 presentation of the series at the National Film Theatre in London, a 28-minute dissection of the film's themes by professor Annette Insdorf, a string of interviews with the cast (13 of them) and crew including co-writer Krzysztof Piesiewicz, editor Ewa 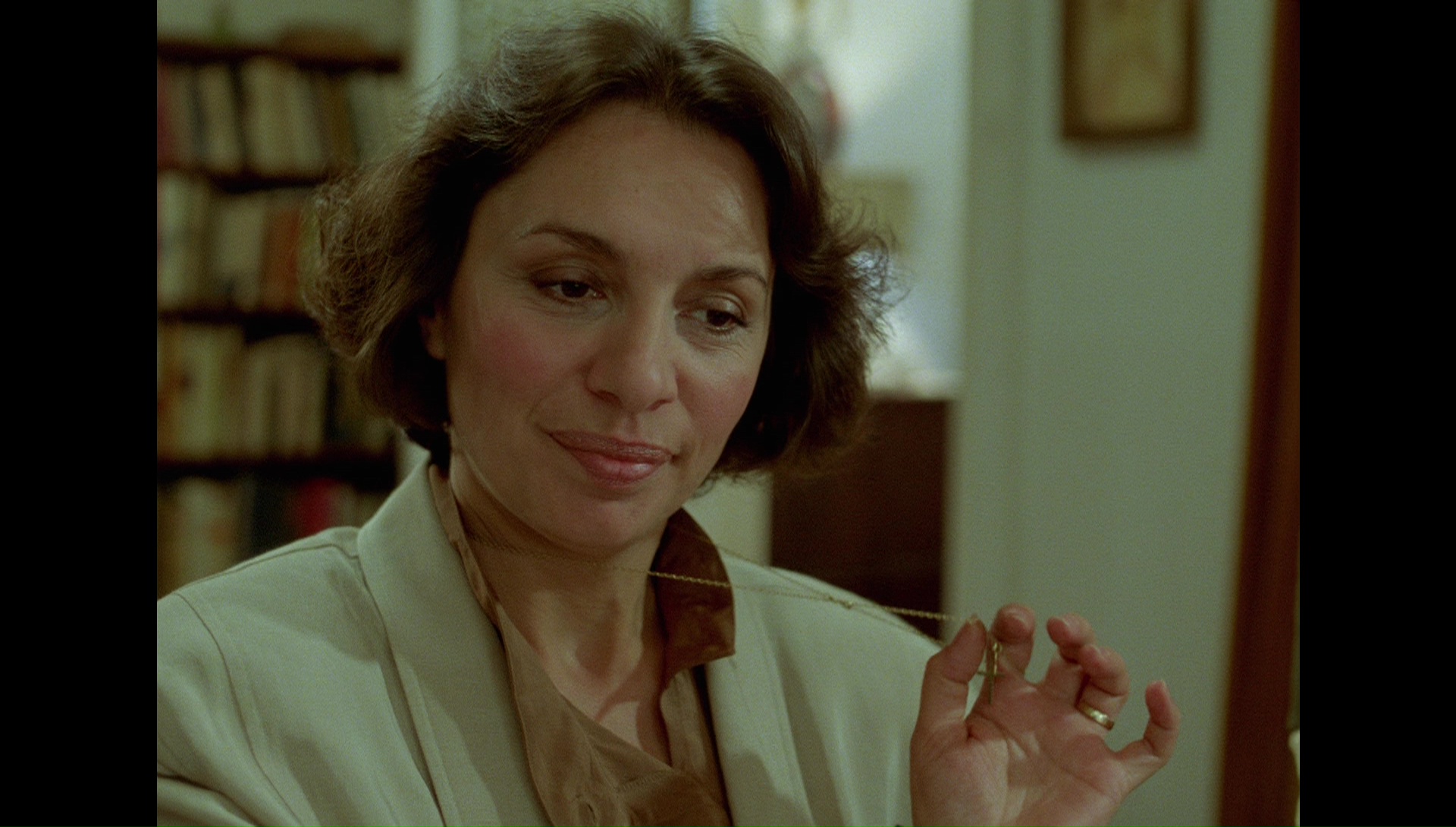 Smal, Kieślowski confidante Hanna Krall, and the cinematographers, trailers, and an insert book with liner notes by film scholar Paul Coates and passages from the book Kieślowski on Kieślowski.

The dual-format Arrow release is a bit of a different beast, expanding the scope to encompass the director's other essential TV work as well. The transfers themselves come from the same source, which looks pretty spectacular with far more clarity and natural film texture than the (very) dated versions available before. The frequently dark, shadowy scenes benefit the most, with the often chilly color schemes (which go warmer in a couple of episodes) looking much more impressive as well. The LPCM Polish audio with optional English subtitles is also much cleaner and clearer, particularly benefiting the haunting music score. The encoding here is more generous with two episodes per Blu-ray meaning the bit rate gets maxed out, resulting in more motion fluidity and somewhat better grain resolution, though you'll do well with either release. Interestingly, the Arrow release retains the original 25fps film speed of the original broadcasts, which is impossible to replicate for the majority of American players (so the Criterion is 23.97 fps), and many episodes have more visual information on the edges of the frame for some reason. 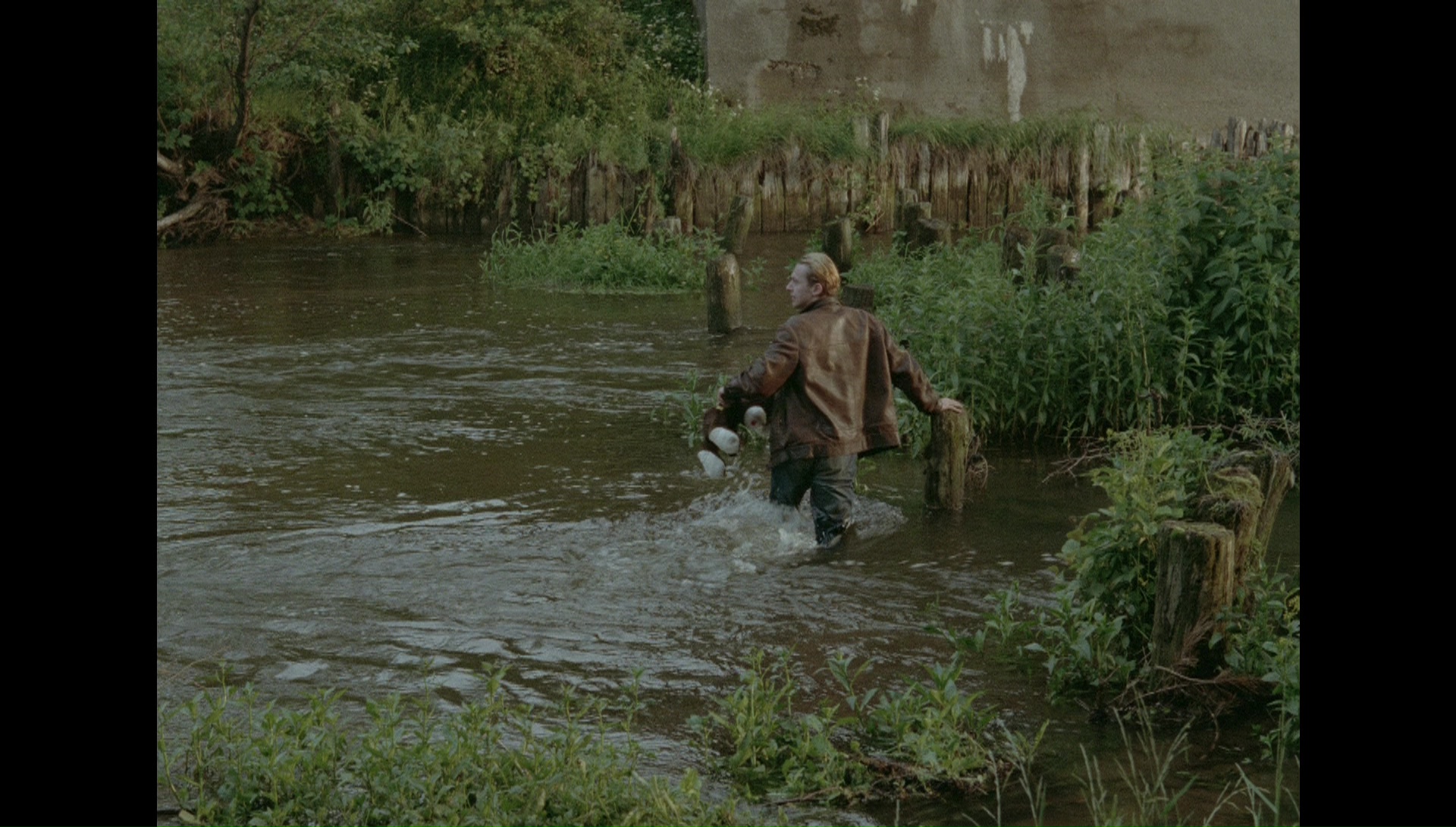 Where the Arrow release really excels is the bounty of extra films included, offering a fascinating overview of the director's career to this point. Touted as his first "professional fiction debut," the half-hour Pedestrian Subway (1973) is a 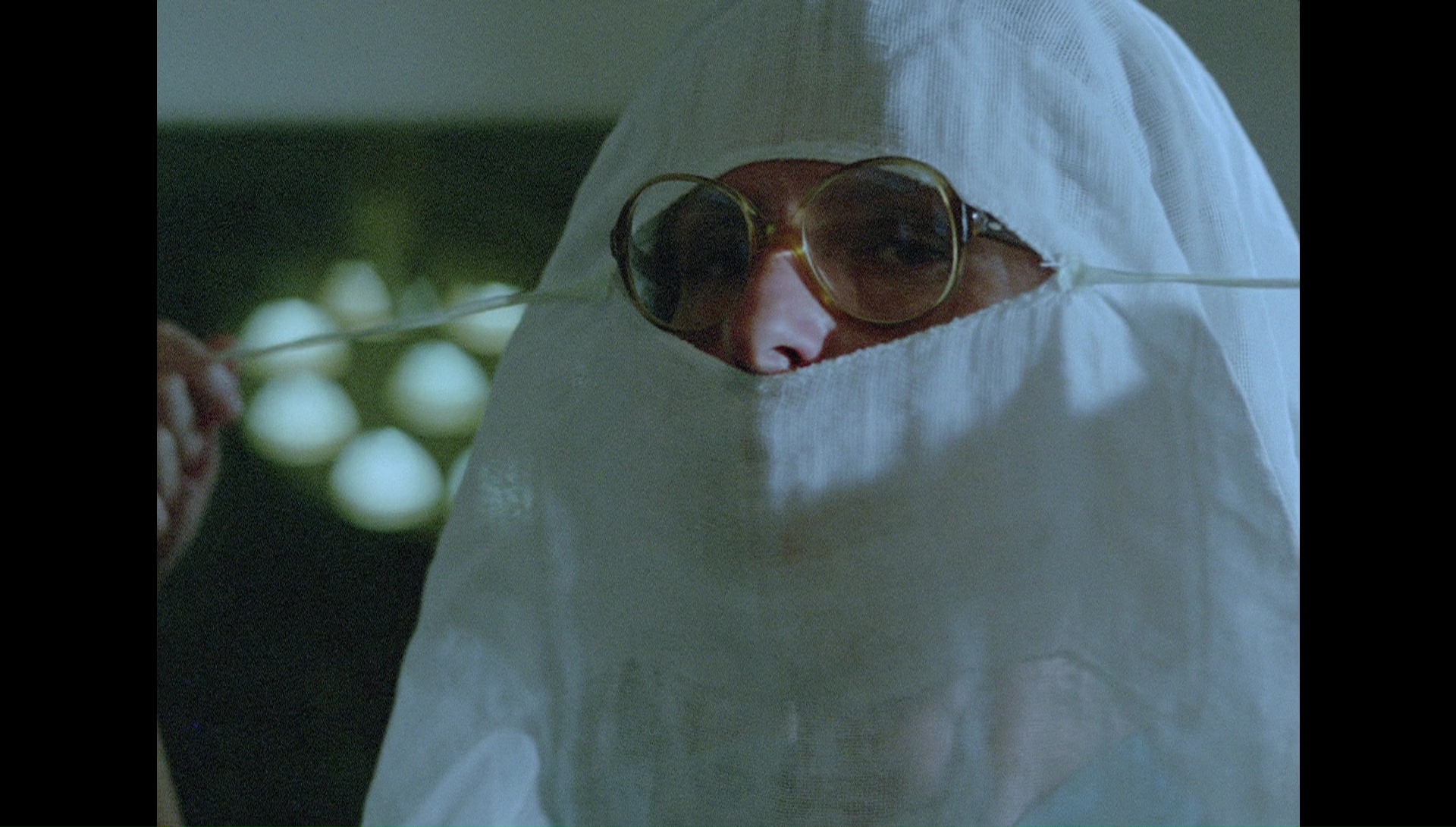 character study about a man grappling with drastic marital troubles against the backdrop of Warsaw, while the 52-minute First Love (in standard def) from two years later takes a more contemplative look at teen pregnancy than English-language TV would have attempted at the time. The 67-minute Personnel (also 1975) jumps to feature length territory with a fly-on-the-wall approach to life in a Polish theater company in the big city, while the following year's The Calm (82 mins, in standard def) takes a look at how a recent convict adjusts to life back on the outside in Communist Poland. The 73-minute Short Working Day from 1981 tackles political and social issues more overtly for a snapshot of a workers' strike with a government underling attempting to keep the company from spiraling into chaos, while the excellent 81-minute Still Alive by protegee Maria Zmarz-Koczanowicz offers a portrait of the late filmmaker as seen through many of his artistic collaborators over the years. A different interview with the director can be found with the extensive 93-minute The Guardian Interview from 1990 with Derek Malcolm at the National Film Theatre in London (a Q&A for the series' UK theatrical debut), while critical appraisals can be found with the 78-minute Dekalog: An Appreciation featuring film critic Tony Rayns and the always welcome Michael Brooke going in depth with the 75-mintue KKTV about this film and his other significant television output. The hefty box, easily a highlight of Arrow's output so far, comes with a substantial 128-page book including essays by Father Marek Lis, Kieślowski himself, co-writer Krzysztof Piesiewicz, and a eulogy by Stanley Kubrick, who was a tremendous admirer and famously cited this as "the only film masterpiece" in his lifetime.