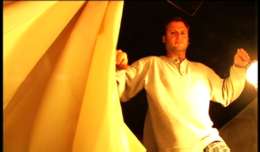 A surprising and gratifying change of pace from the guys at Wicked Pixel (Ice from the Sun, Scrapbook), this stylish and atmospheric ghost story by its most recognizable director, Eric Stanze, is a far cry from the aggressive and often experimental cult films in his repertoire. This time he tells a carefully controlled, often bone-chilling tale bathed in ominous shadows and murky lantern light, with a surprising twist waiting at the end.

In the small town of Eidon's Crossing, fear still lingers decades later after a string of child murders connected to the nearby Dogwood Park, which was shut down and referred to by the locals as Deadwood Park. Few victims from the 1979 ordeal were found, and the brother of one of them, Jacob (Clifton), returns to put the pieces together. With the aid of the sheriff's daughter (Luscri) and more than a few ghostly clues, he investigates whether the accused murderer was really responsible... or something more sinister still waits ahead. 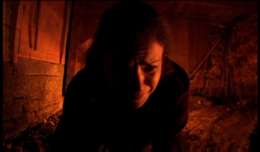 Though it features a few sparing dollops of bloodshed during its finale, Deadwood Park is easily the most restrained Wicked Pixel film to date and would make a solid intro for those wary of its more difficult entries like China White Serpentine. The actors all do a solid job, and the ambitious production also manages to include a few time-skipping flashback sequences and some clever injections of black and white footage. The abandoned park locale makes for a unique visual by itself, while Stanze also makes expert use of dirty basements, darkly lit bathrooms, and clutching hands to induce shivers with seemingly little effort. Don't expect a shock every second, however; this is a slow and steady spooker more in the British tradition (though some might also compare a couple of moments to J-horror) and all the better for it. 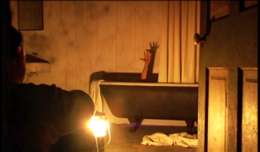 Bearing the new credit of "A Motion Picture by Eric Stanze," this project's aesthetic jump is especially obvious in the use of widescreen framing for the first time, and Stanze and company adapt to the framing change with a great deal of skill. Stylish landscape shots and unorthodox compositions even in the most mundane dialogue scenes make for an engaging viewing experience, and the use of light and shadow is actually more impressive than that in most major studio horror efforts. The extras include a music video, a quick outtake reel, and a typically insightful and enjoyabe audio commentary by Stanze covering the production of the film from start to finish, including scouting for the tricky park location and using actors both seasoned and new (including welcome supporting flashback roles for the reliable Emily Haack and Jason Christ).