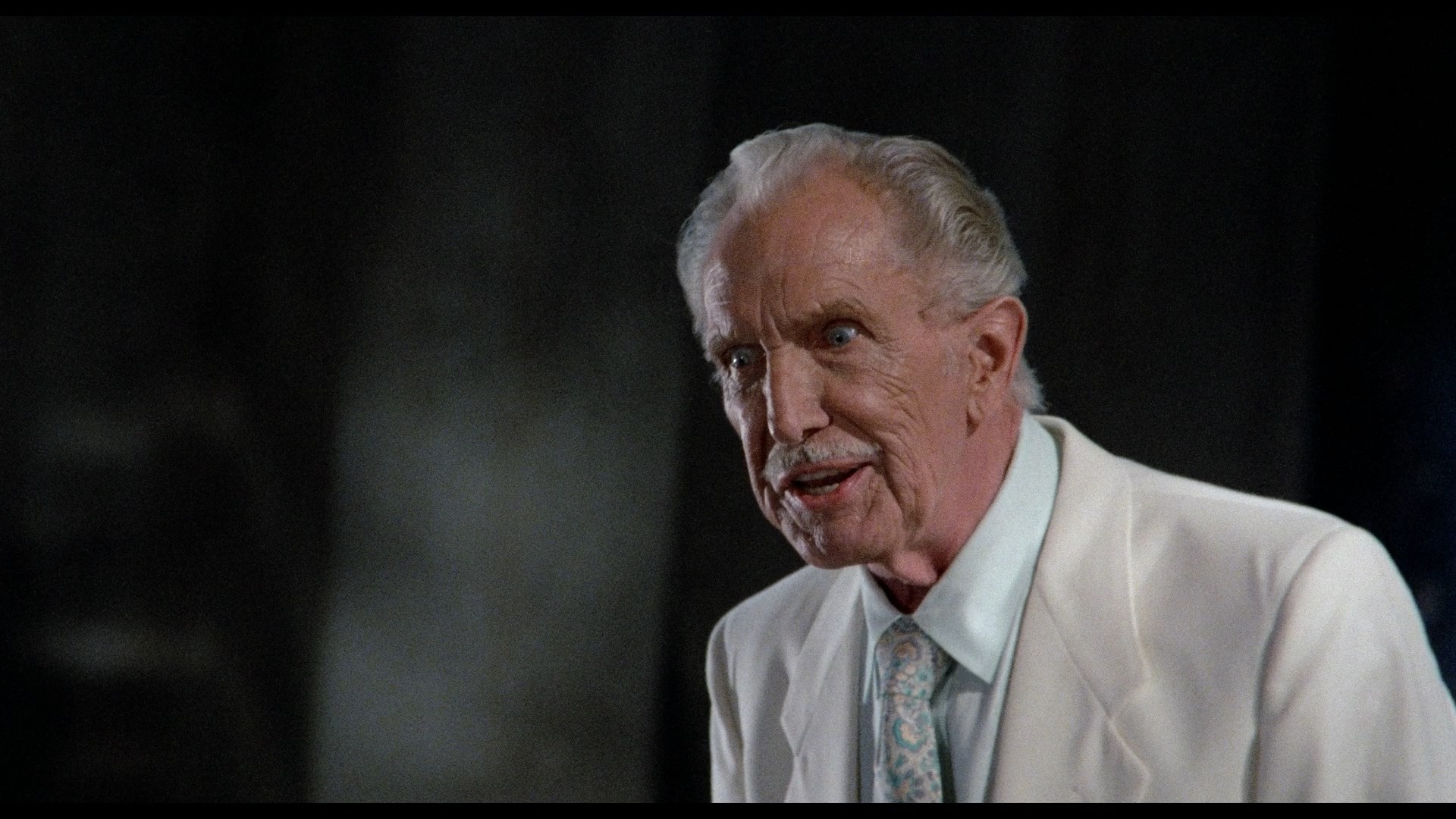 was in pretty lousy shape in the late '80s, that didn't stop folks from coming up with new 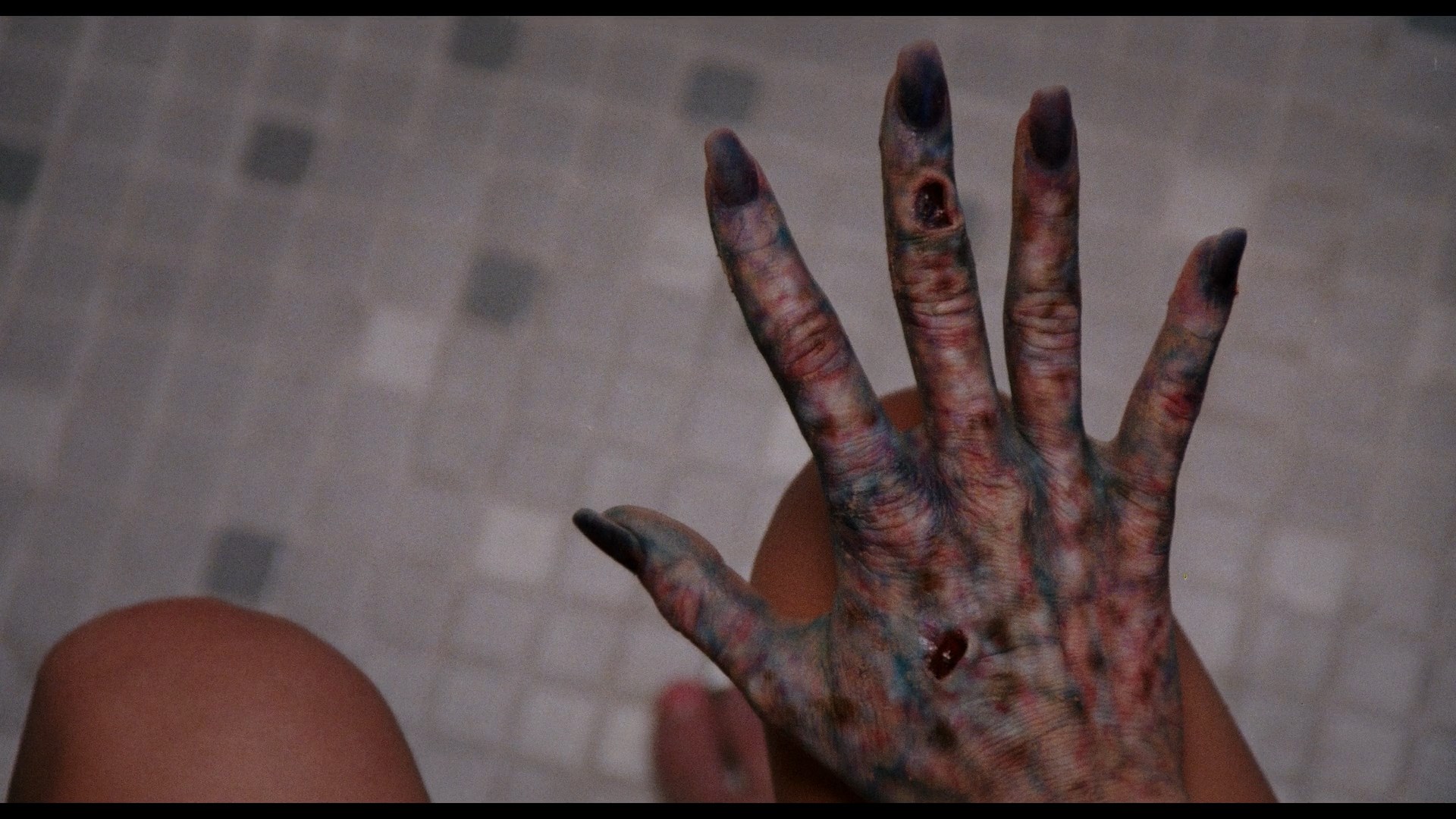 ways to pull in audiences who seemed to only want action movies and comedies. One way of pleasing them? Mash all three genres together, which is exactly what you got in 1988 from New World with Dead Heat. Jammed in the studio's release schedule that year along with titles like Slugs, The Wrong Guys, Hellbound: Hellraiser II, and Elvria, Mistress of the Dark, this one was breathlessly covered beforehand in the horror press with appetizing photos and coverage of its monster-tastic special effects (some of which ran afoul of the MPAA, of course). Obviously put into production after the success of 1987's Lethal Weapon and The Hidden, this zombie take on the buddy cop movie marked the directorial debut of ace film editor Mark Goldblatt, who had gotten his start at the Roger Corman-headed iteration of New World and proved his chops with films like RoboCop, The Terminator, The Howling, and Rambo: First Blood Part II, along with salvaging the bumpy Halloween II. Though this wasn't a big hit at the box office (with its cult following later finding it on VHS), this did lead to Goldblatt going to direct 1989's The Punisher and going on to edit many more films into the '00s.

When two goons stage an armed robbery at an upscale jewelry store, L.A. police detectives Roger Mortis (Williams) and Doug Bigelow (Piscopo) show up at the scene with police already engaged in a standoff. The perpetrators seem to be resistant to any damage from bullets, but Roger and Doug finally come up with an extreme 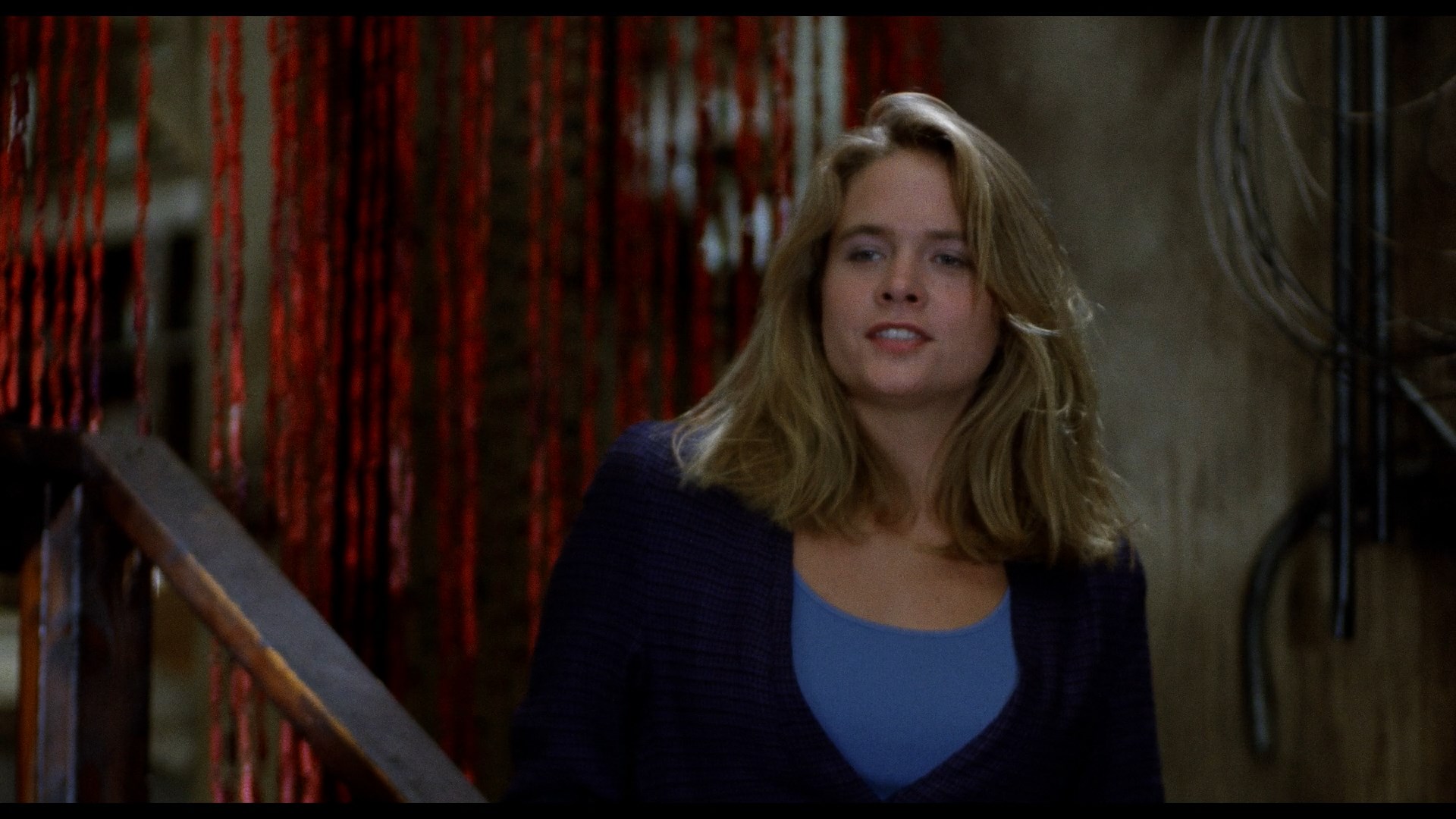 method of taking them out. However, soon after they're informed by coroner Rebecca (Kirkconnell) that both men had recently died already and undergone full autopsies at her own hands. Hunting down clues from a chemical in the corpses, they end up at 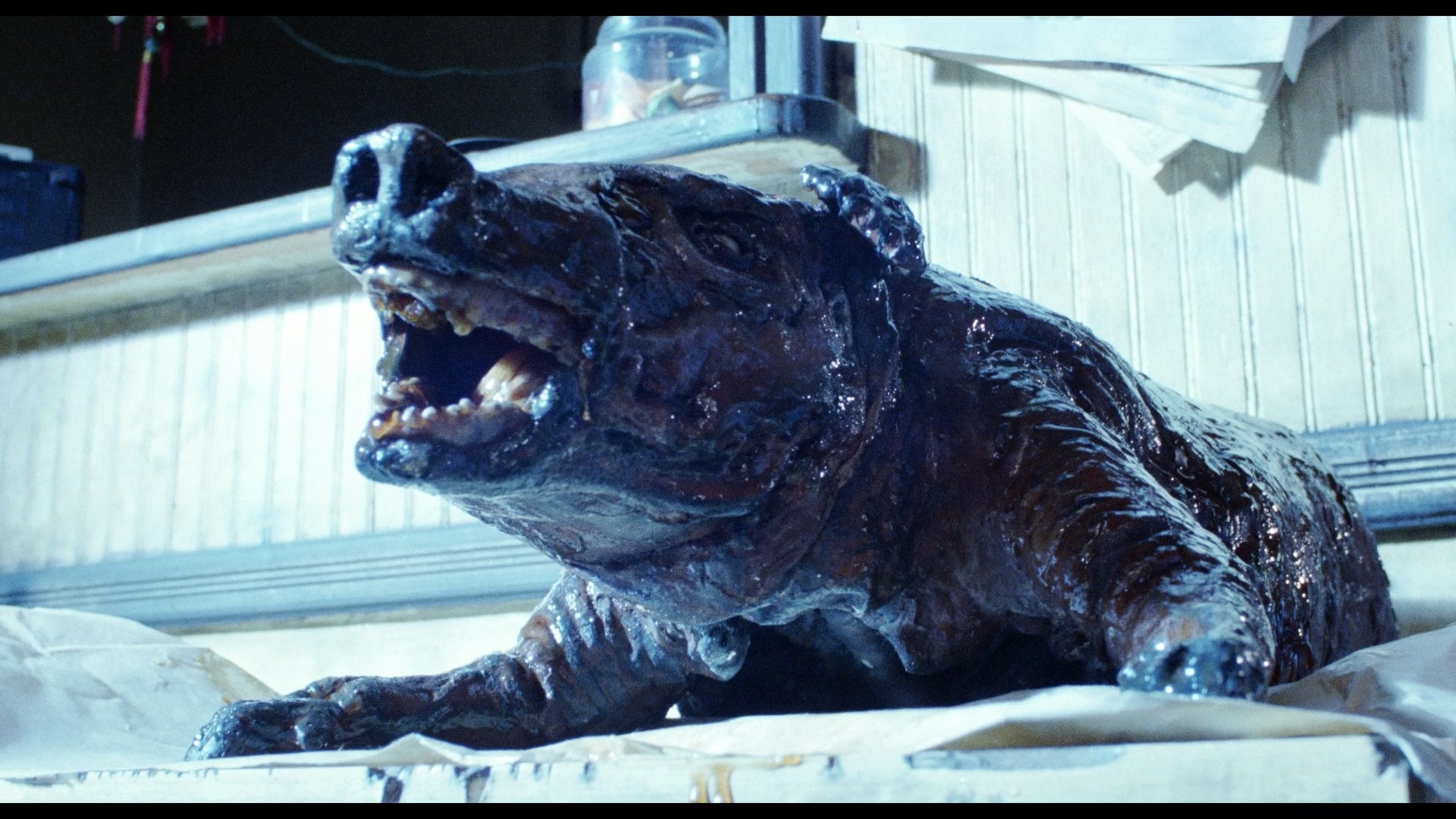 Dante Pharmaceuticals for a tour given by Randi (Frost), the daughter of deceased pharma innovator Arthur P. Loudermilk (Price). On the premises Doug stumbles on a bizarre hidden machinery room while Roger ends up being murdered in a decompression room. However, it turns out the facility's hidden device is a resurrection machine that brings Roger back from the dead... with a mere twelve hours to solve his own homicide before he decomposes into mush. However, for our two cops that's just the tip of a very grotesque iceberg that will lead to monstrous discoveries, an escalating body count, and several morbid plot twists.

Anyone stumbling blind into Dead Heat will likely find themselves a bit thrown by the tonal whiplash on display here with Piscopo's wisecracks bouncing off a number of grisly visuals, bullet-spraying action scenes, and a few surprisingly merciless decisions in the script. Williams fits the material perfectly, showing off (as with the later and much underrated Deep Rising) how he can play off of monster movie material with enough of a wry wink to pull it off. Unfortunately, Johnny Dangerously notwithstanding, Piscopo (here already famous from Saturday Night Live and getting into his big bodybuilder phase) isn't much of an actor and will prove to be a sticking point for some viewers. Of course, horror fans will get a kick out of seeing Price here along with a small but tasty turn by Kolchak himself, Darren McGavin, as a head coroner with a secret of his own; then there's the wild practical effects work here, which isn't just 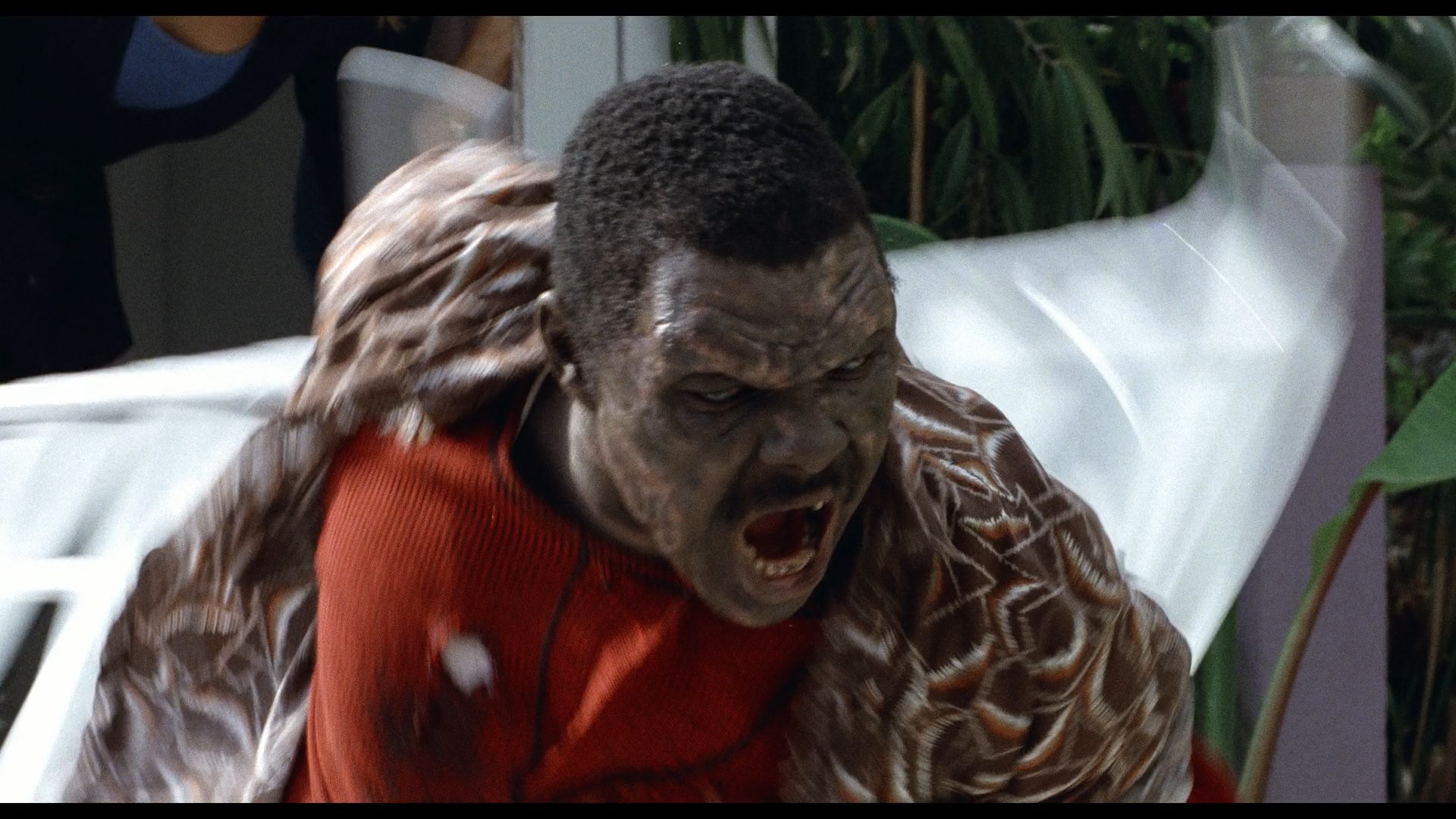 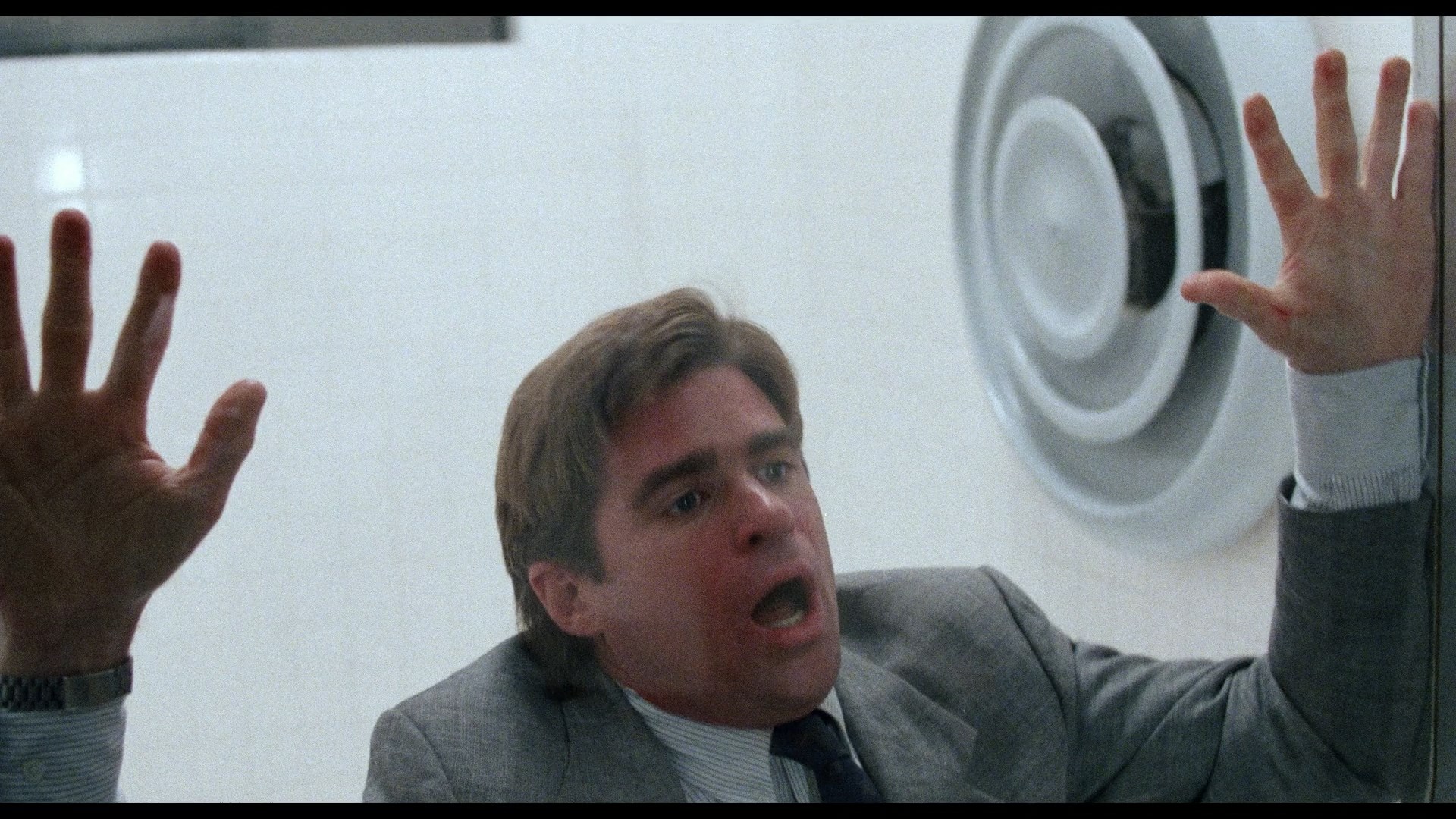 Swiftly rushed onto VHS and laserdisc back in the day, Dead Heat first hit DVD from Anchor Bay, first as a special edition and then as one of its movie-only "Divimax" editions that featured just the movie with its bit rate pumped all the way up. The special edition features a very enjoyable audio commentary with Goldblatt, screenwriter Terry Black, and producers Michael L. Meltzer and David Helpern, who seem to be enjoying their reunion quite a bit as they recall differences from the longer original cut, Williams' dedication to his part, a bumpy first day of shooting with actor Mel Stewart, the extensive special effects work, the little genre in-jokes, and some differences compared to the original script. The DVD was also a keeper at the time for its hefty batch of deleted scenes consisting of "Deathday Party" (29s), "Autopsy Talk" (1m9s), "Some Sort of Zombie" (46s), "Roger's Obituary" (1m21s), "Bullet Holes" (1m8s), "Mausoleum Visit" (4m), "Birthday Party Dream" (6m11s), and "Decomposition" (1m32s). Also included are the original video EPK (5m31s), the trailer, a MIFED promo, a poster and still gallery, a storyboard gallery, and a PDF of the original screenplay. As with the majority of the more desirable New World titles, this one eventually passed over to Image Entertainment (after its absorption by RLJ) who released it without substantial extras or any other kind of effort on Blu-ray and DVD in 2011. A handful of releases popped up in Europe over the years as well, the most interesting coming from Germany containing the domestic cut of the film along with an extended Norwegian cut that essentially throws some of the deleted scenes back in, a la the TV version.

In 2022, Dead Heat got a significant upgrade as a UHD / Blu-ray combo release from Vinegar Syndrome featuring a new 4K scan from the 35mm original camera negative. The UHD (which features the prior audio commentary as its sole extra) looks quite spectacular with extremely fine detail, natural film grain, and welcome HDR bringing out an intensity and depth to the color that mostly belies its '80s New World film stock look. The DTS-HD MA English 2.0 stereo track (with optional English SDH subtitles) also sounds great with plentiful channel separation while nicely showcasing the energetic score by Ernest Troost (Tremors). (And yes, there is a theme song.) 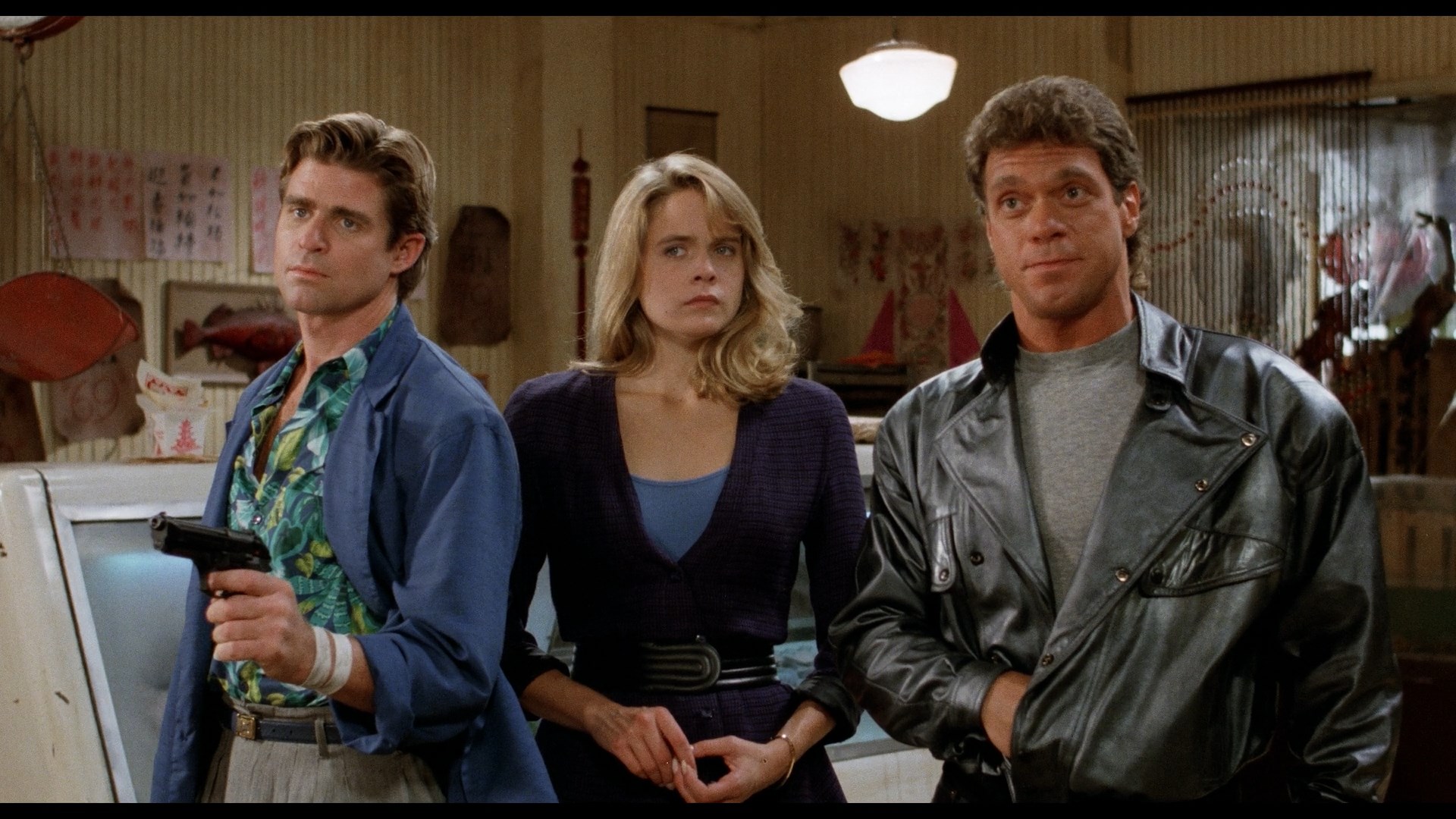 The Blu-ray also features the commentary, deleted scenes, trailer, EPK, and MIFED promo, but you also get a 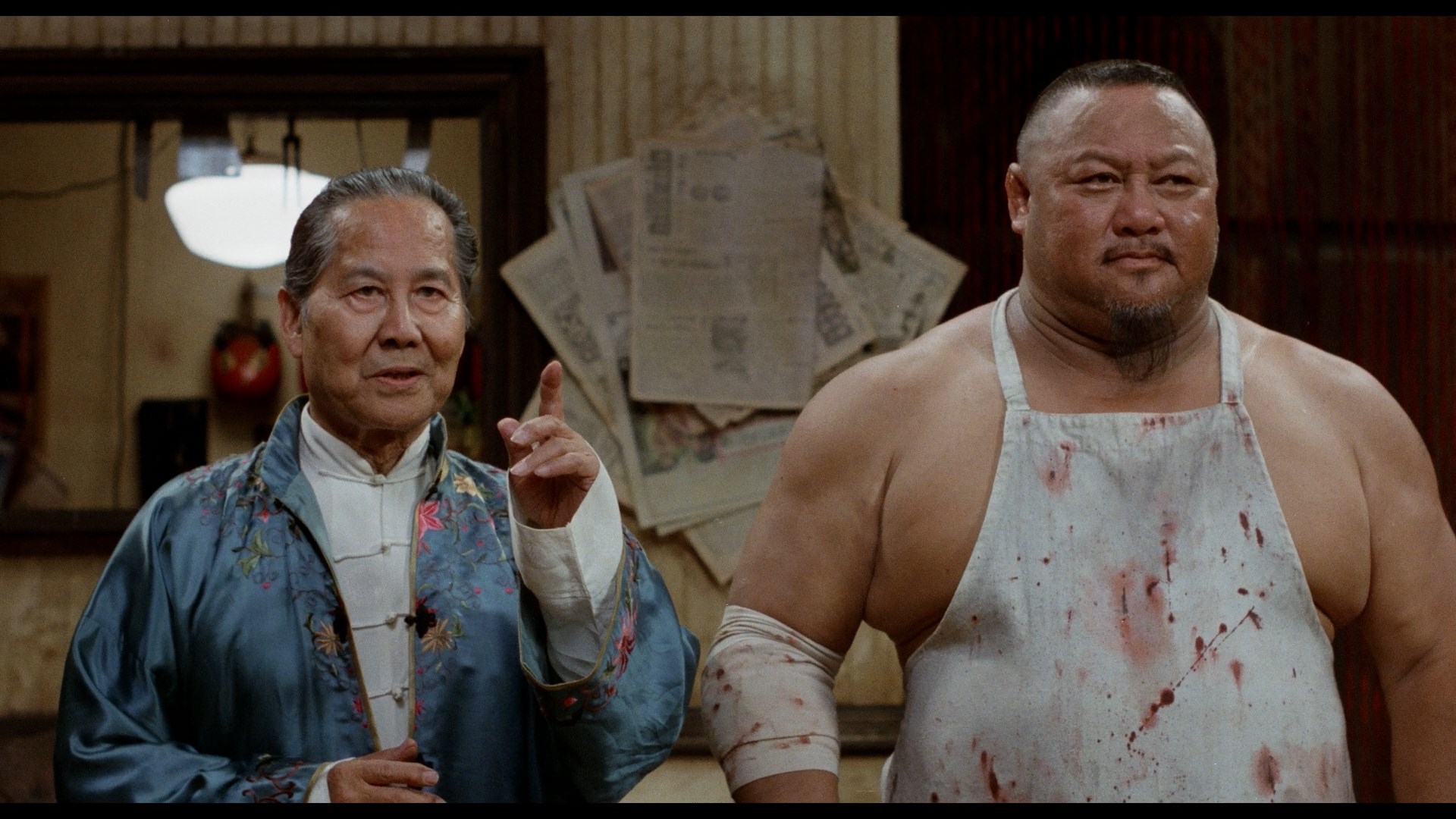 slew of new featurettes including some participants who haven't gone on the record before. First up is Goldblatt in "The Building Blocks of Movies" (25m55s) about his early days with Corman and Ron Howard, his entry into film editing, and the mounting of this film including its visual effects team, the gung-ho attitude of the actors, the influence of D.O.A., the dispiriting lack of promotion when it was released, and the positive feedback it's gotten in more recent years. "A Thousand Feet of Lightning” (15m51s)" features visual effects artist Ernest Farino (another Terminator and Corman alumnus) recalling his own experience doing rotoscoping and how that came in handy doing the lightning for this film, among other odds and ends. In "Seizing the Opportunity" (6m12s), second unit director and visual effects artist Patrick Read Johnson about how he had to step in and take over on the unforgettable butcher shop scene when the film ran behind schedule. In "How to Edit For An Editor" (12m6s), editor Harvey Rosenstock chats about how he approached the film under Goldblatt's genre-twisting guidance including the use of subtle jump cuts to punch up the action scenes, the challenge of getting the tone balanced out, and the industry innovators whose signature styles jump out to him. Finally in "Happy Accidents Happen" (7m56s), you get a new audio interview with Troost about lessons learned from Corman, his collaborative process with Goldblatt (who forbade the use of trumpets), the influence of '40s crime dramas, and the usefulness of scoring the film to a black-and-white tape copy. Also included here is an earlier "Dead and Alive" (19m) featurette by Red Shirt Pictures with makeup effects creator Steve Johnson, who explains how he tackled some of the tasks on the film (including a few subtle non-horror bits you might not expect), his dissatisfaction with one of his concoctions, and his memories of the shoot including Piscopo's mobile gym on wheels. Finally the disc wraps up with a TV spot and a new 4m37s still gallery accompanied by Troost's score. 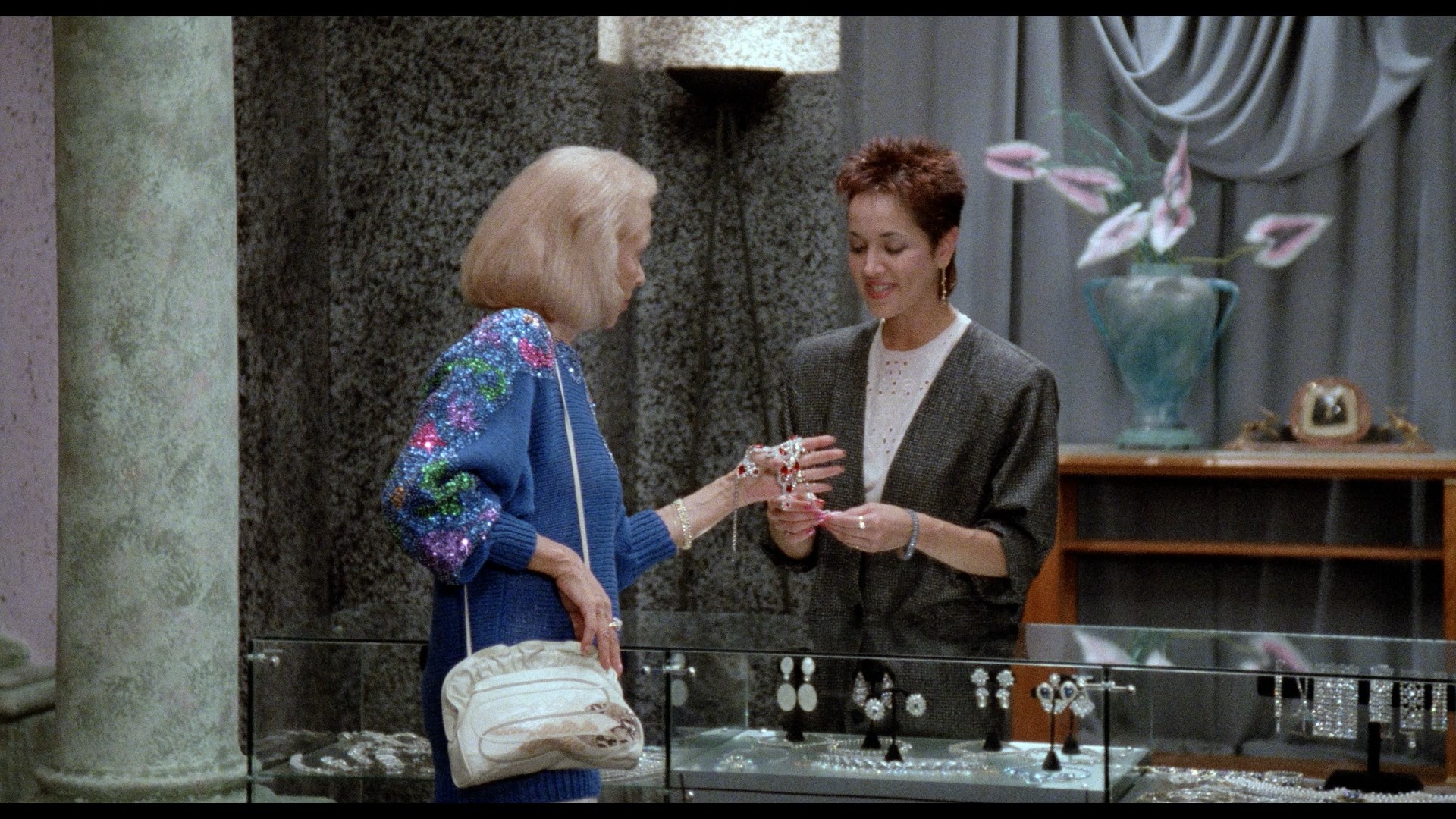 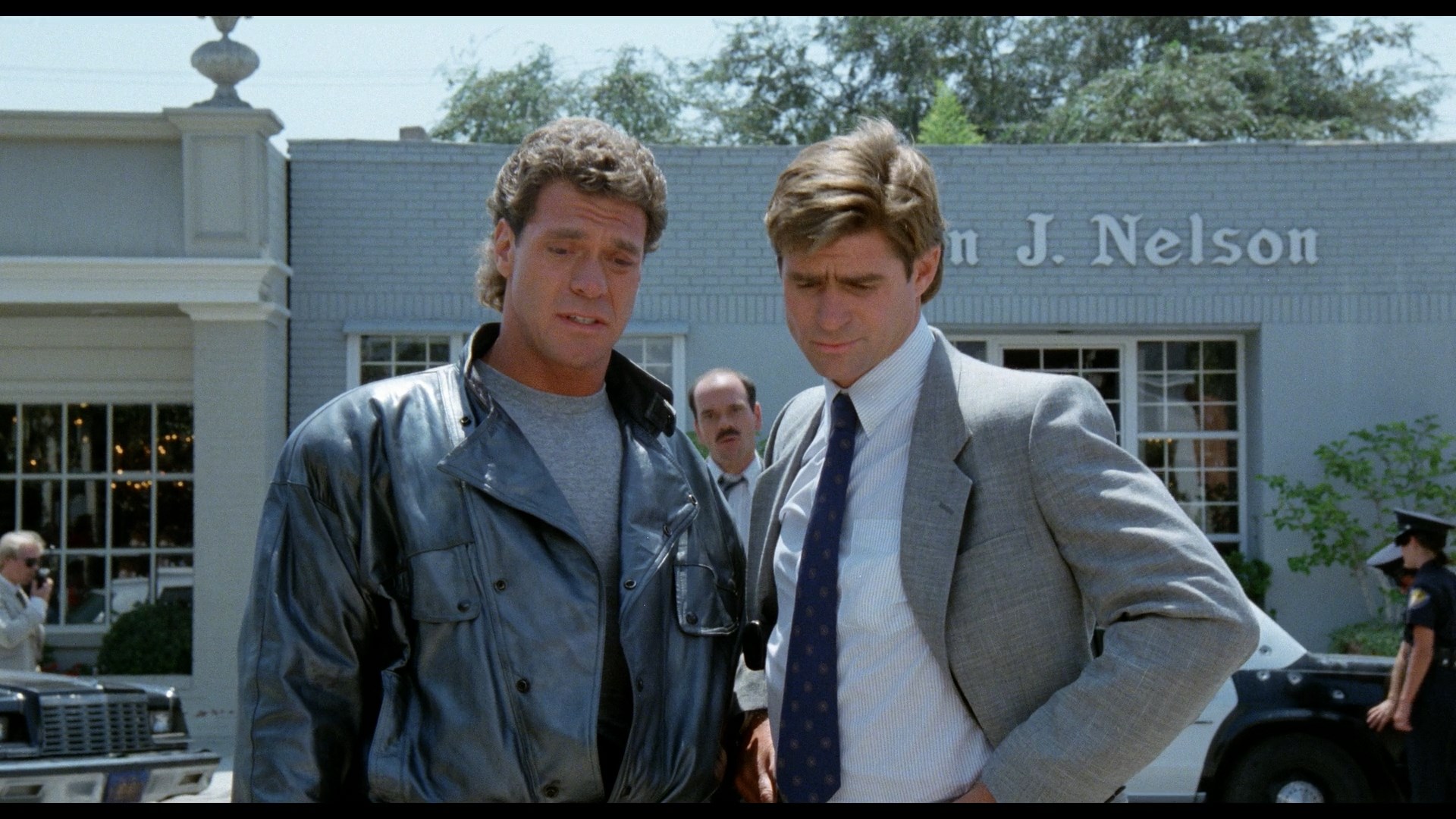 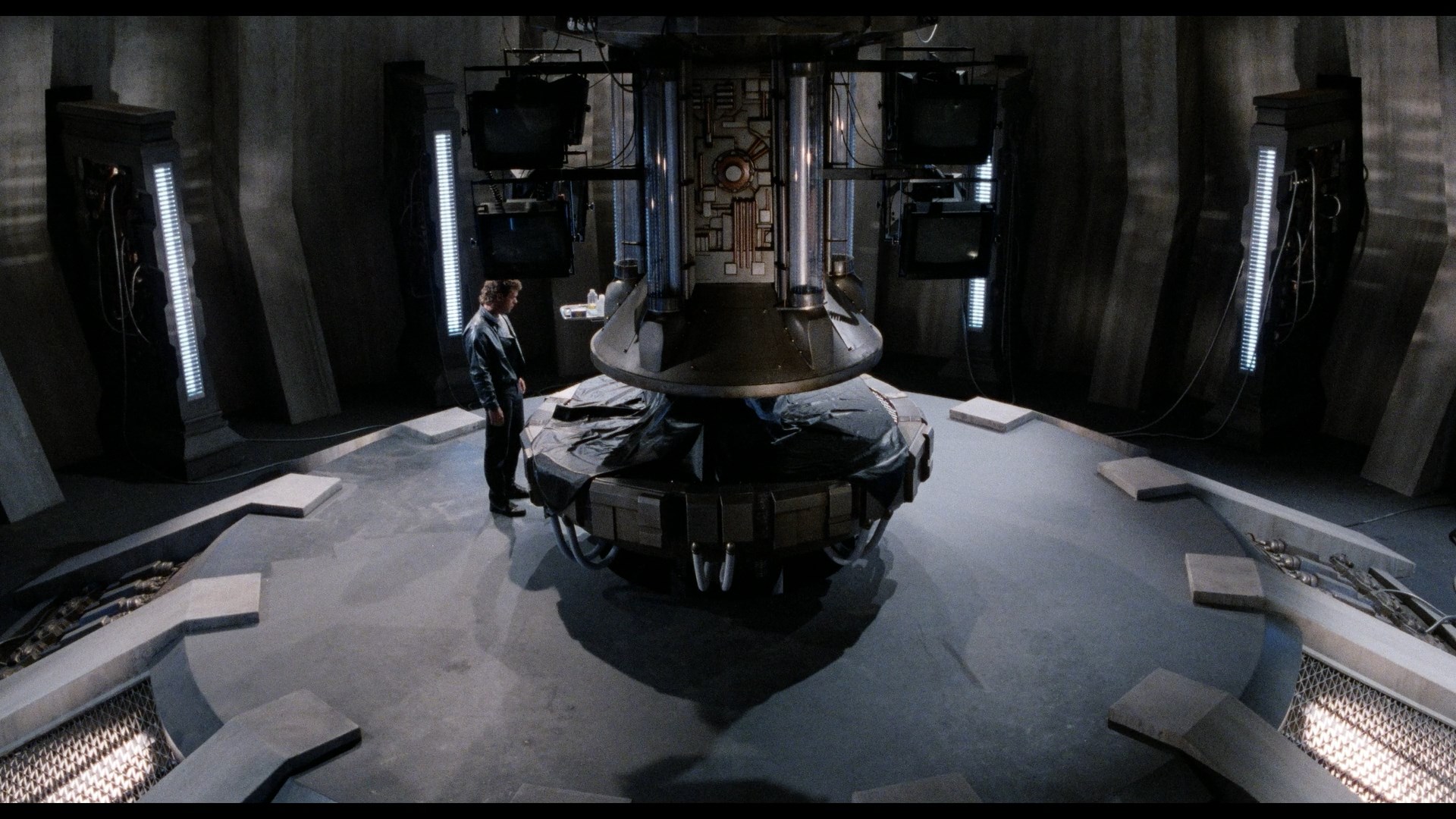 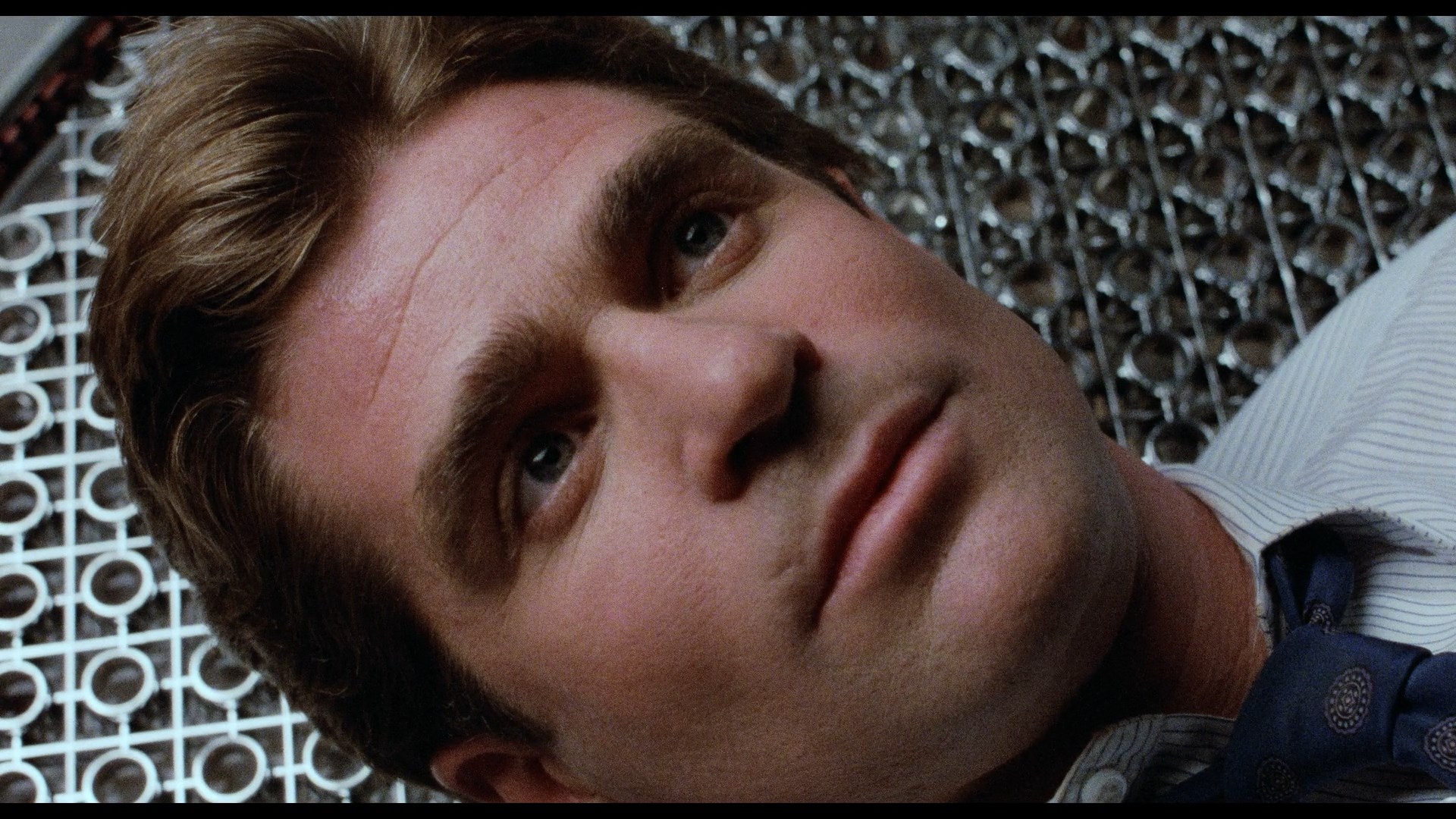 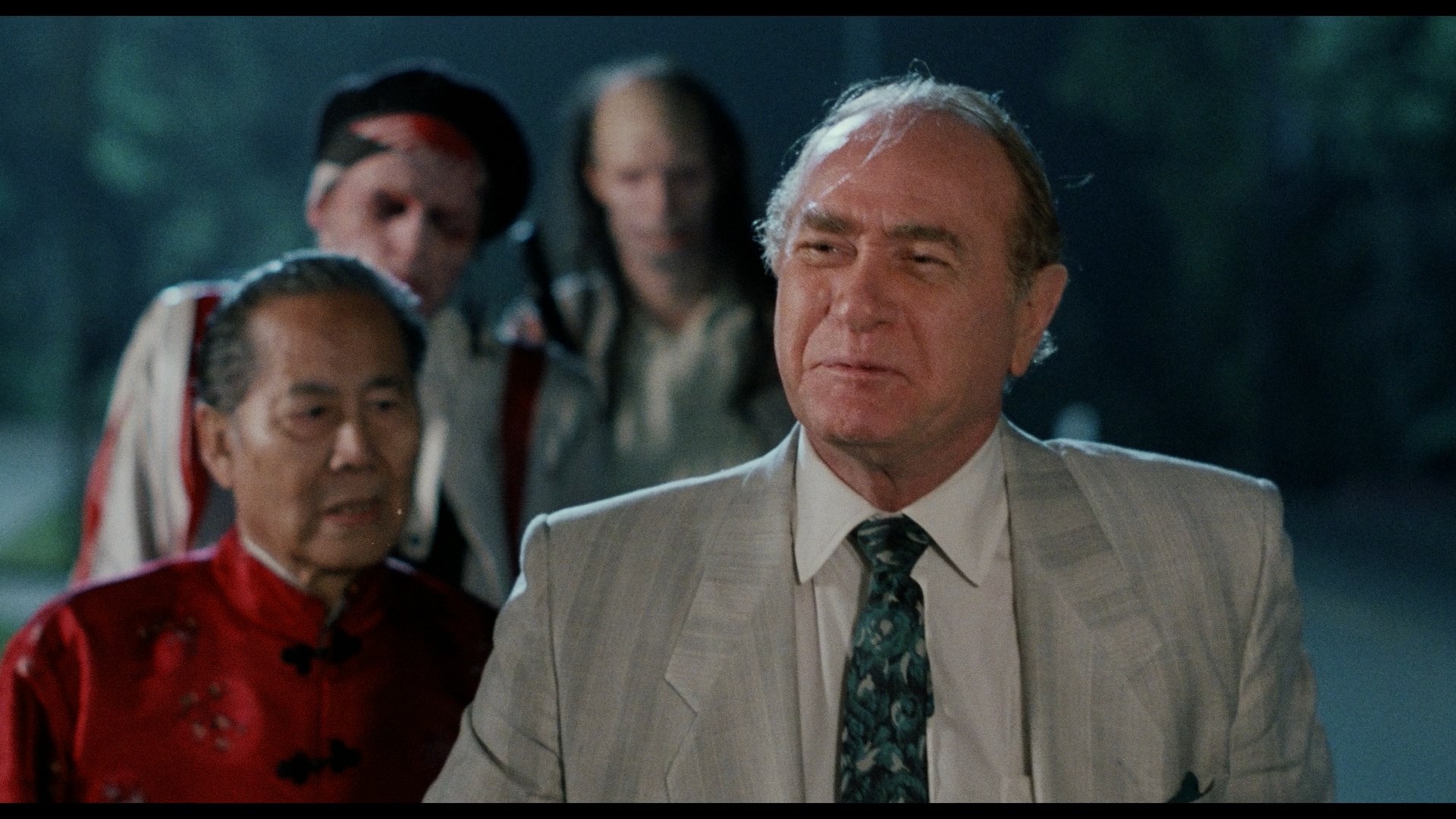 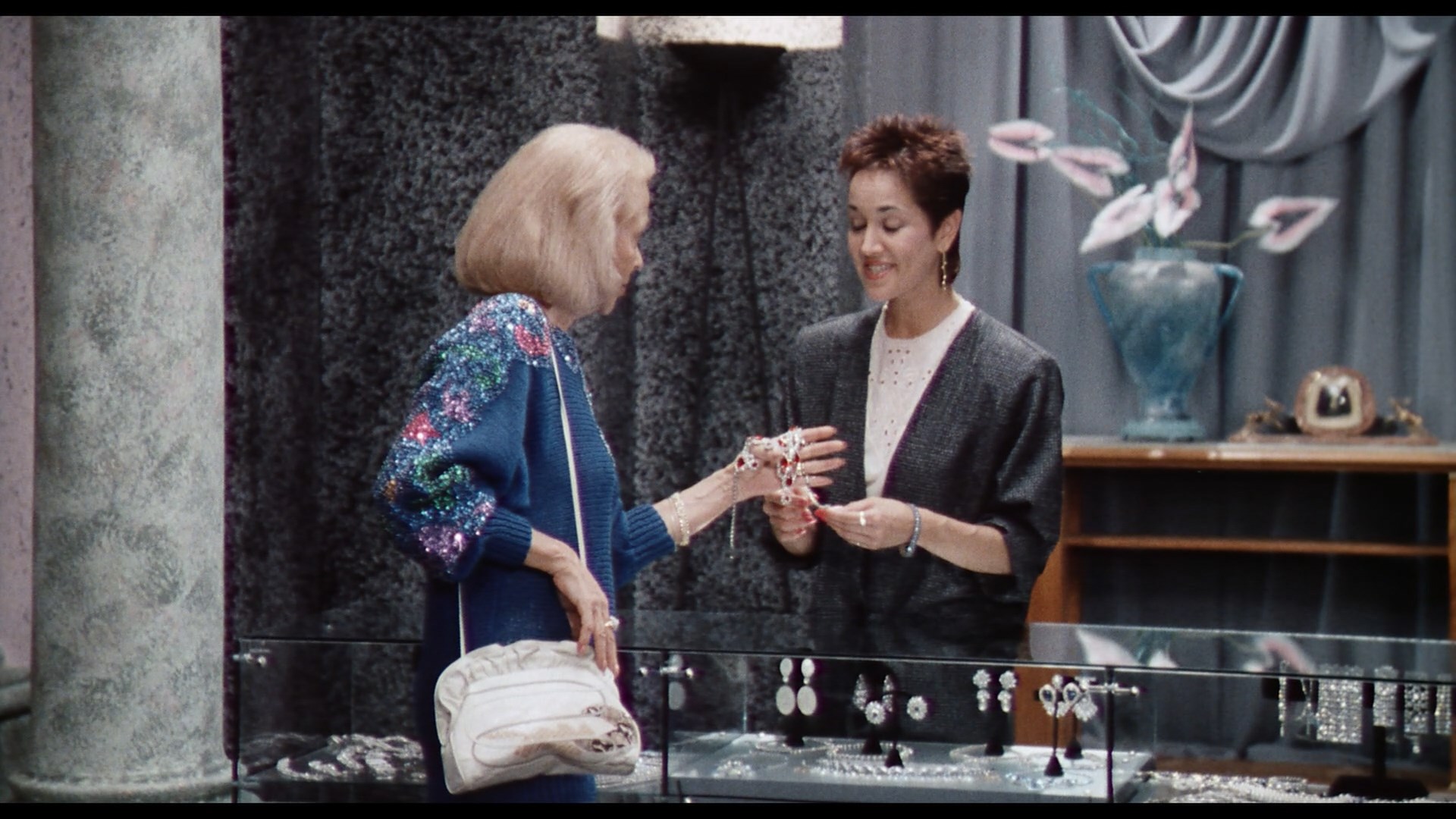 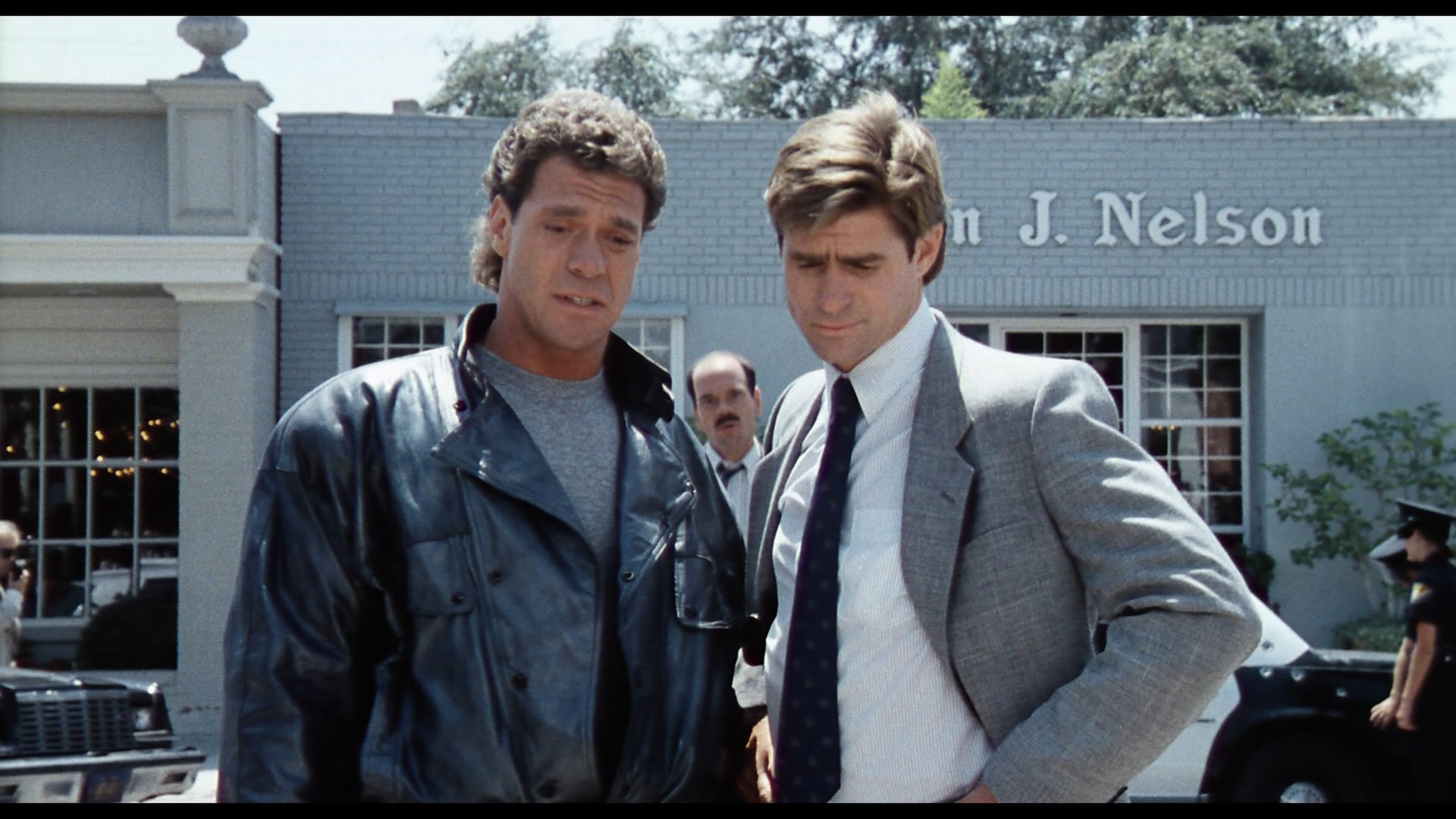 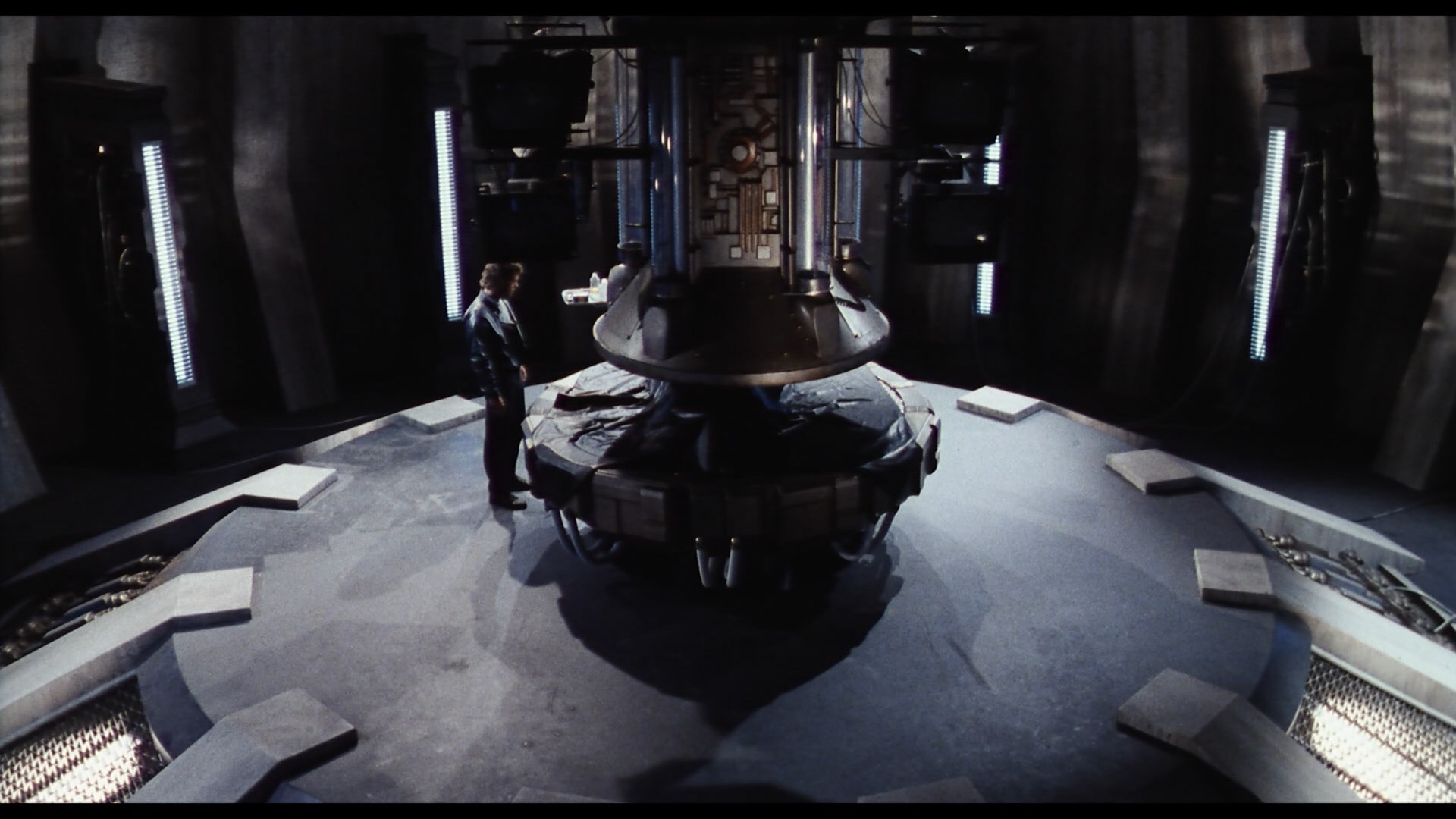 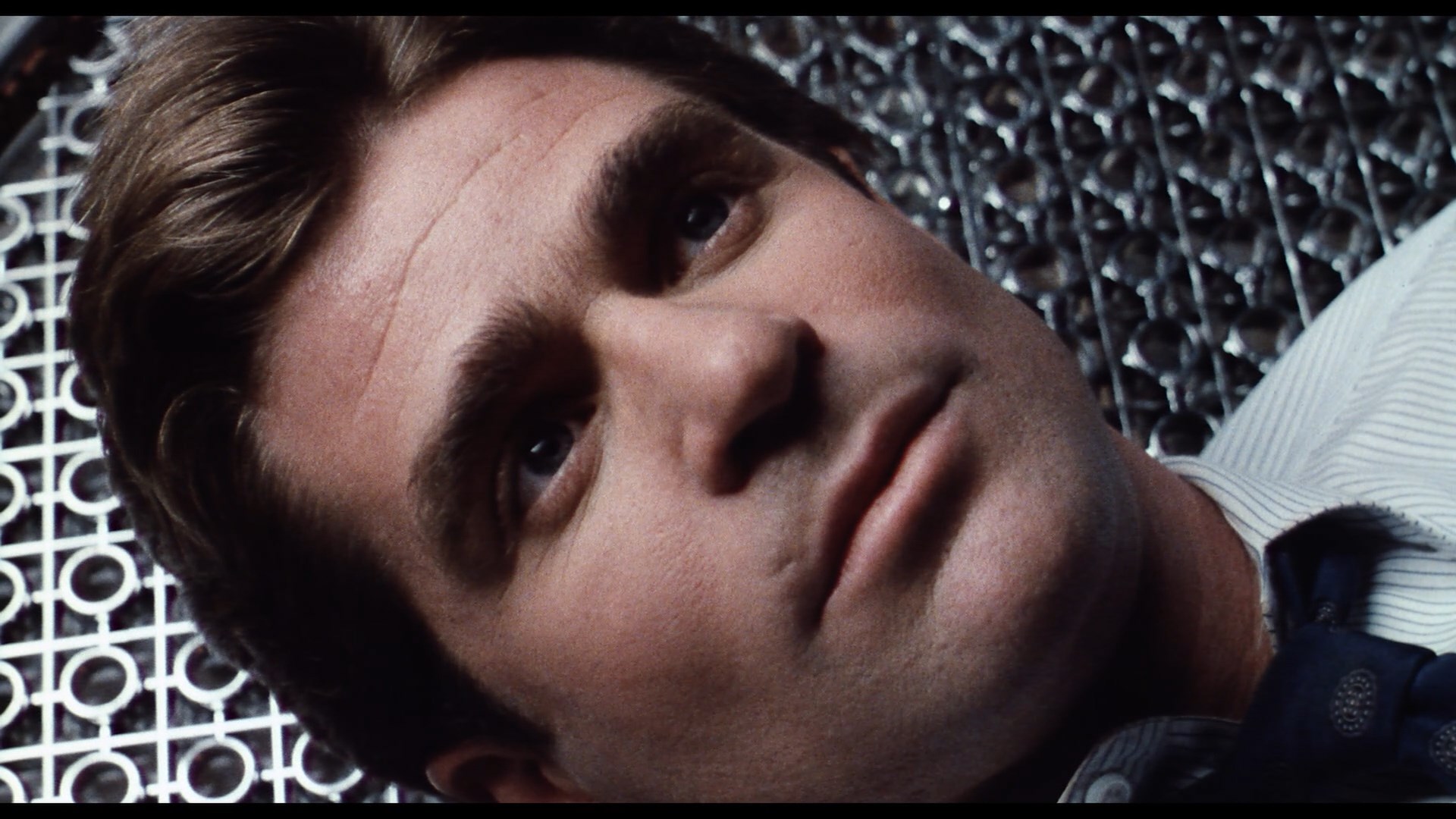 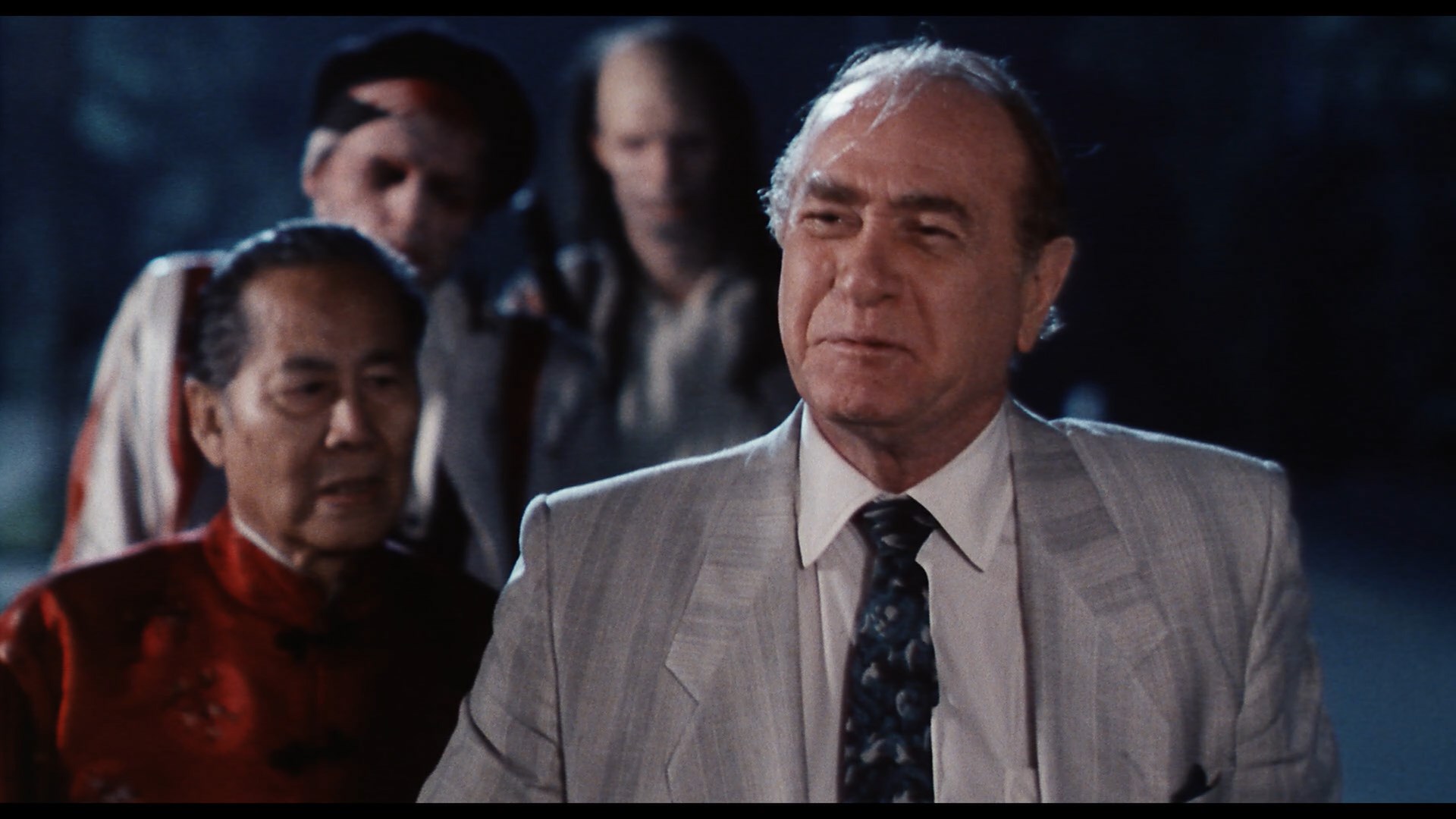 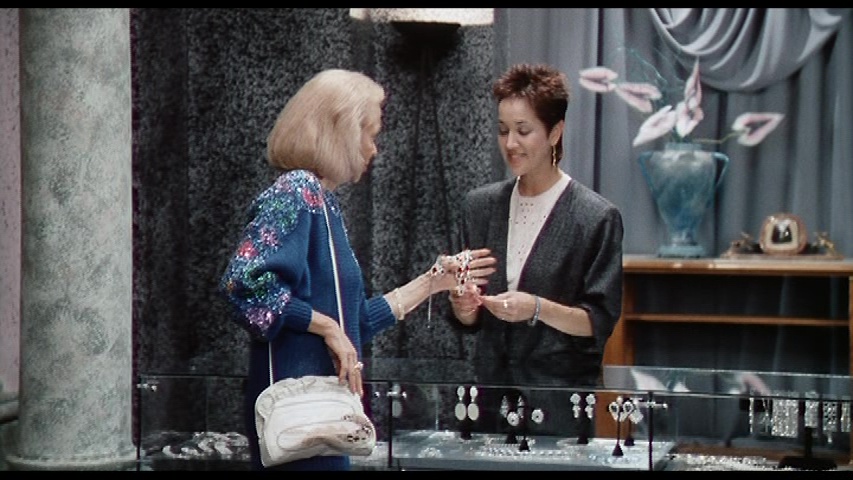 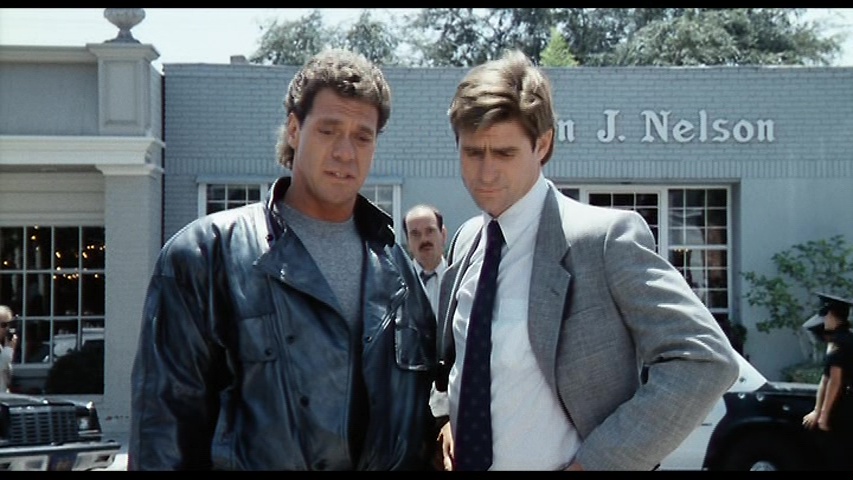 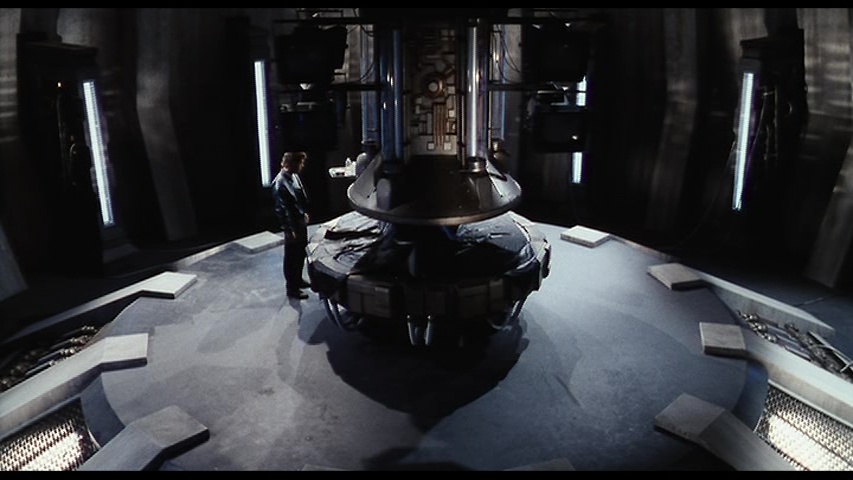 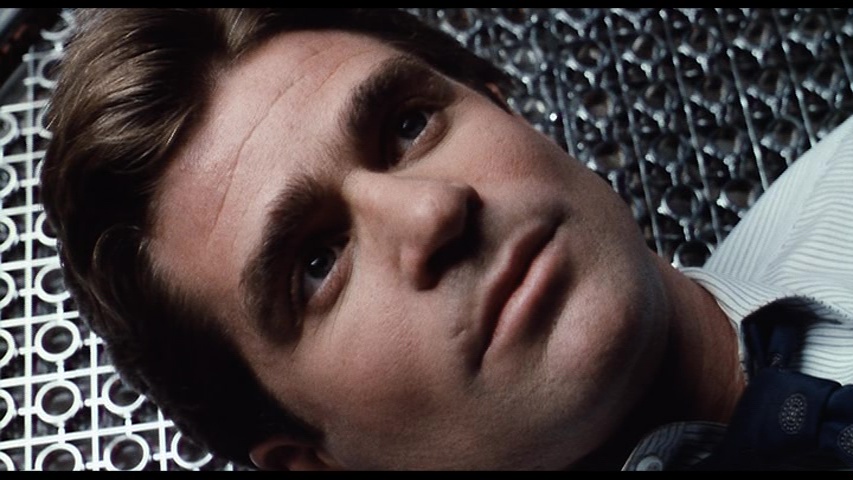 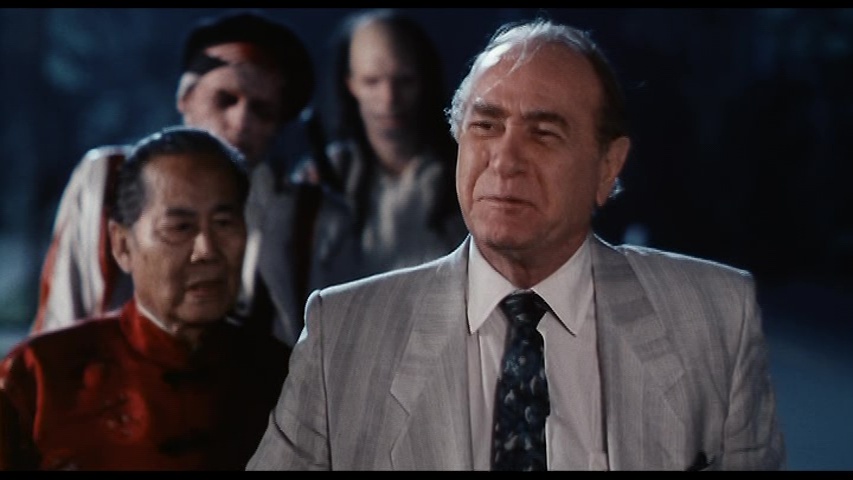