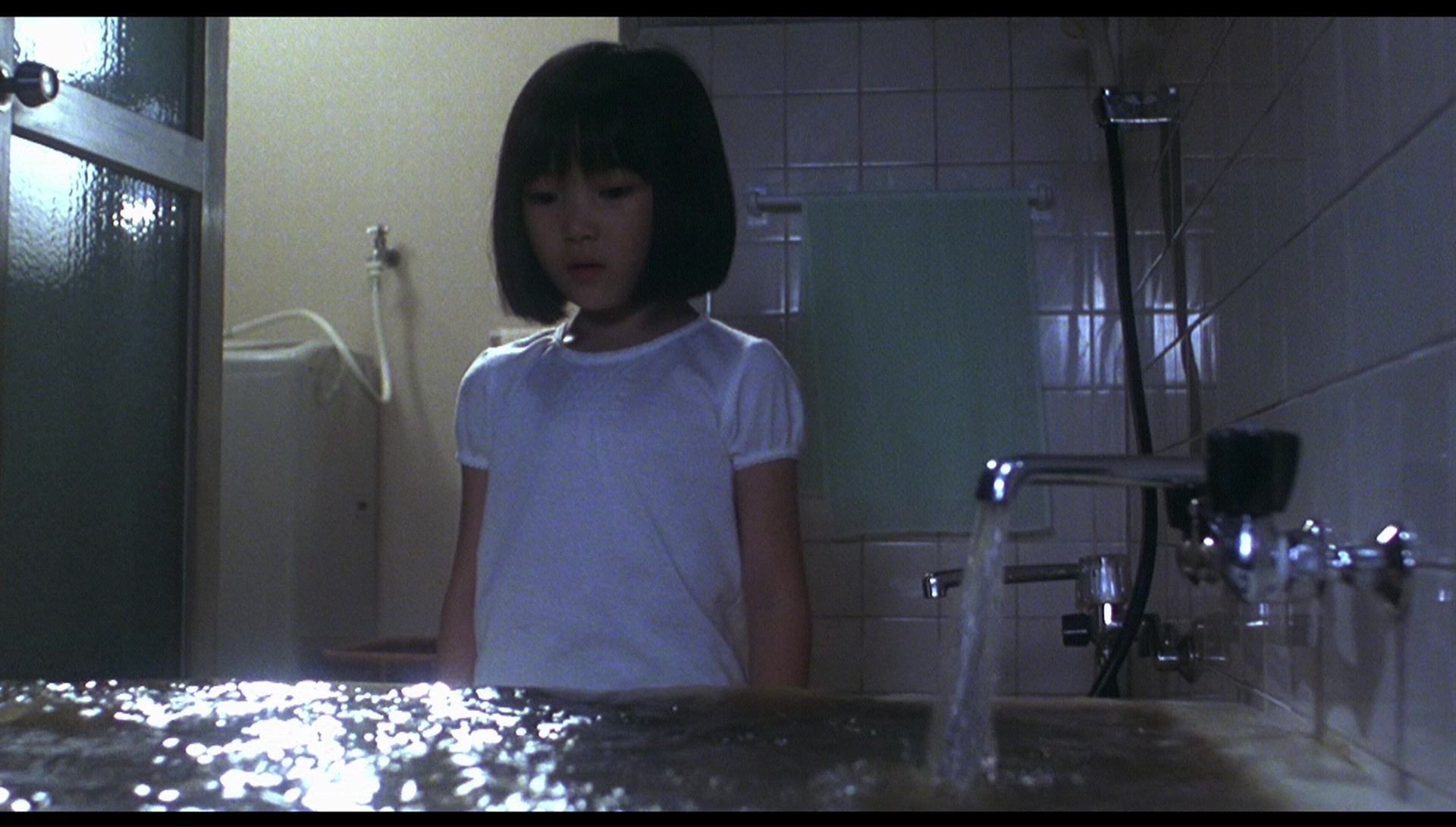 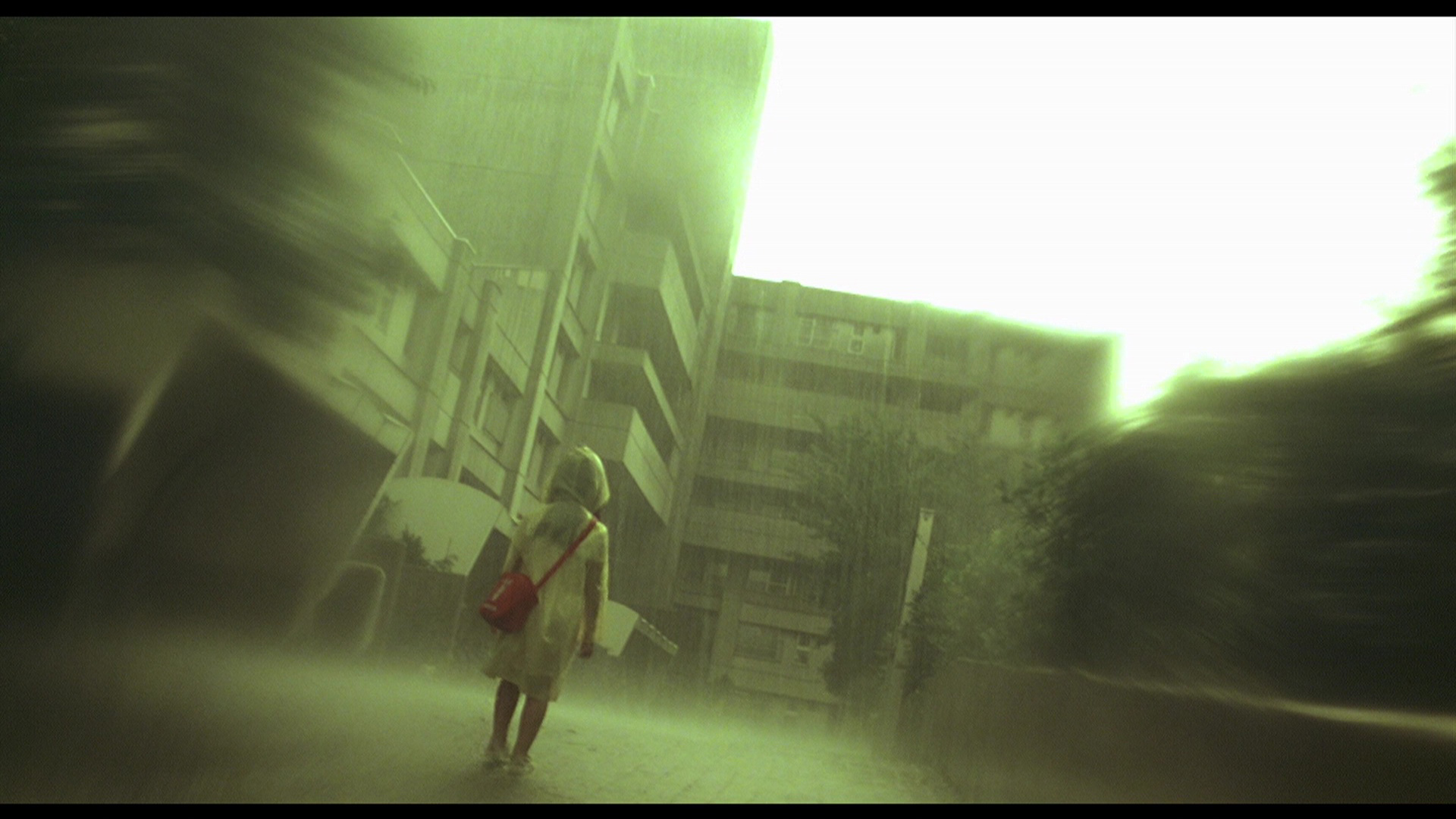 The wave of Japanese horror films and Hollywood imitators was still a novelty in 2002 when this moody ghost story opened in theaters, offering a solid return to ghost kid territory for director Hideo Nakata and short story author Kôji Suzuki after the one-two punch of Ring (1998) and Ring 2 (1999). Here the idea of a traumatized, enraged child reaching out from beyond the grave is given a very different spin as seen through the eyes of recently divorced mom Yoshimi (Kuroki) and daughter Ikuko (Kanno), who are pulling their lives together after a very nasty split.

Things seem to be taking a promising turn when Yoshimi starts a new life in an apartment building, but it naturally harbors a dark secret involving spreading water stains on the ceiling, a bag keeps following her around a la The Changeling, and stories involving a young girl’s disappearance a year earlier point to a supernatural presence creeping into her life.

A melancholy domestic drama with some potent old school ghost chills, this is actually a 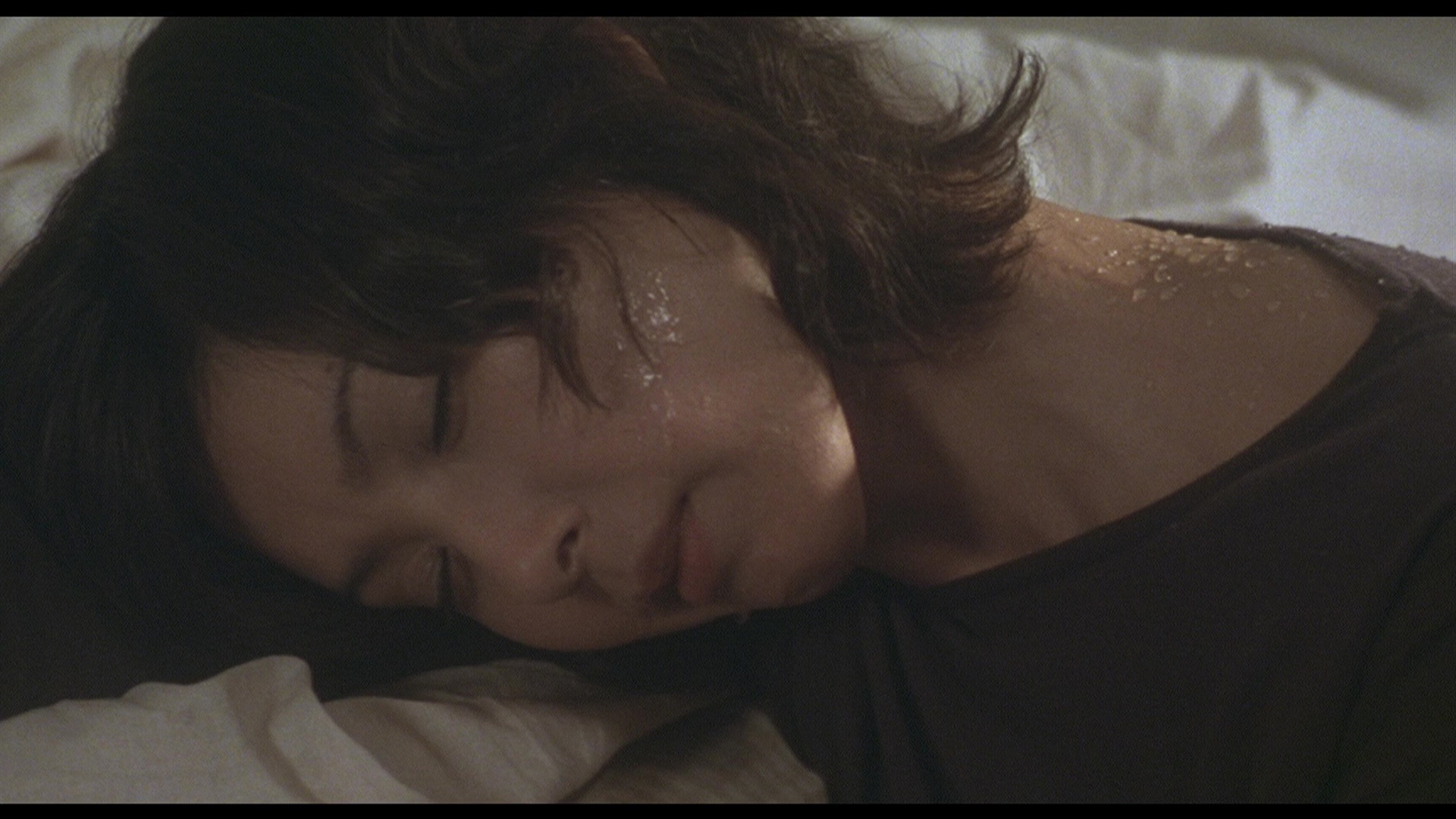 very different beast compared to the nightmarish spook house of Ring, complete with a highly unorthodox coda that will 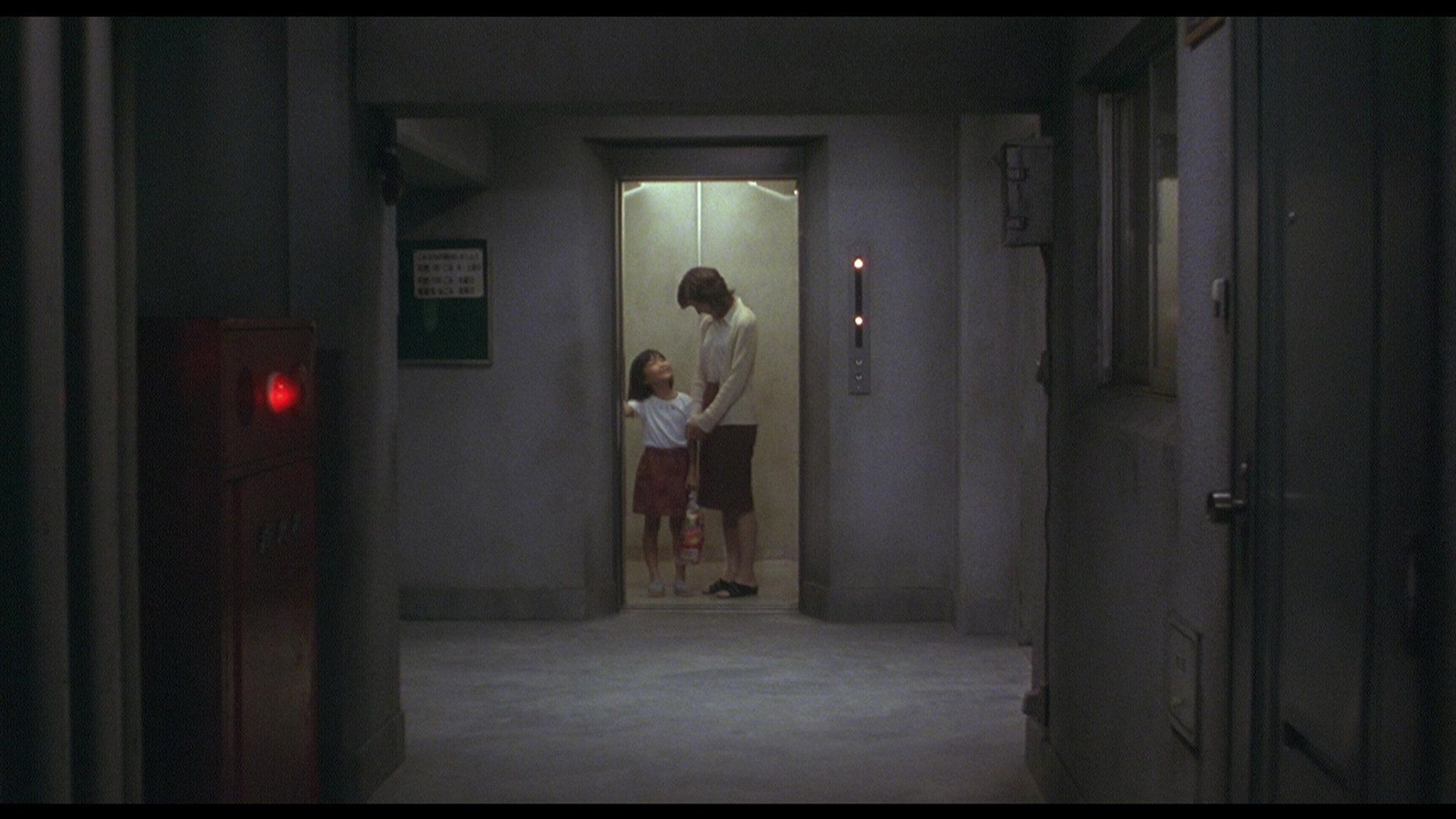 catch many viewers off guard. At the time it came out, the film felt refreshing for its in-depth exploration of the anxiety of being a recently single mother, something that fuels the film’s descent into watery horror with more than a dollop of child psychology thrown into the mix. None of it would work without the strong central performance by Kuroki (a busy dramatic actress not generally known for horror roles), coupled with Nakata’s strong visual sense that makes the viewer feel a creeping sense of dampness from the opening frames. Even for those long burned out on the J-horror craze, this one is well worth a look.

Readily available on home video in most  English-speaking territories at least since the mid-‘00s, Dark Water features a very stylized color scheme nestled somewhere between Saw and The Element of Crime, namely a brown and greenish cast throughout and a gritty texture caused by the low lighting and choice of film stock. That aesthetic translates as well as possible to Arrow’s simultaneous US and UK dual-format release, which marks a nice step up in quality all around and an accurate representation of the intended look. The DTS-HD MA 5.1 Japanese audio with optional English subtitles sounds excellent with plenty of creepy ambient surround effects and a few major sonic jolts in the big climax. 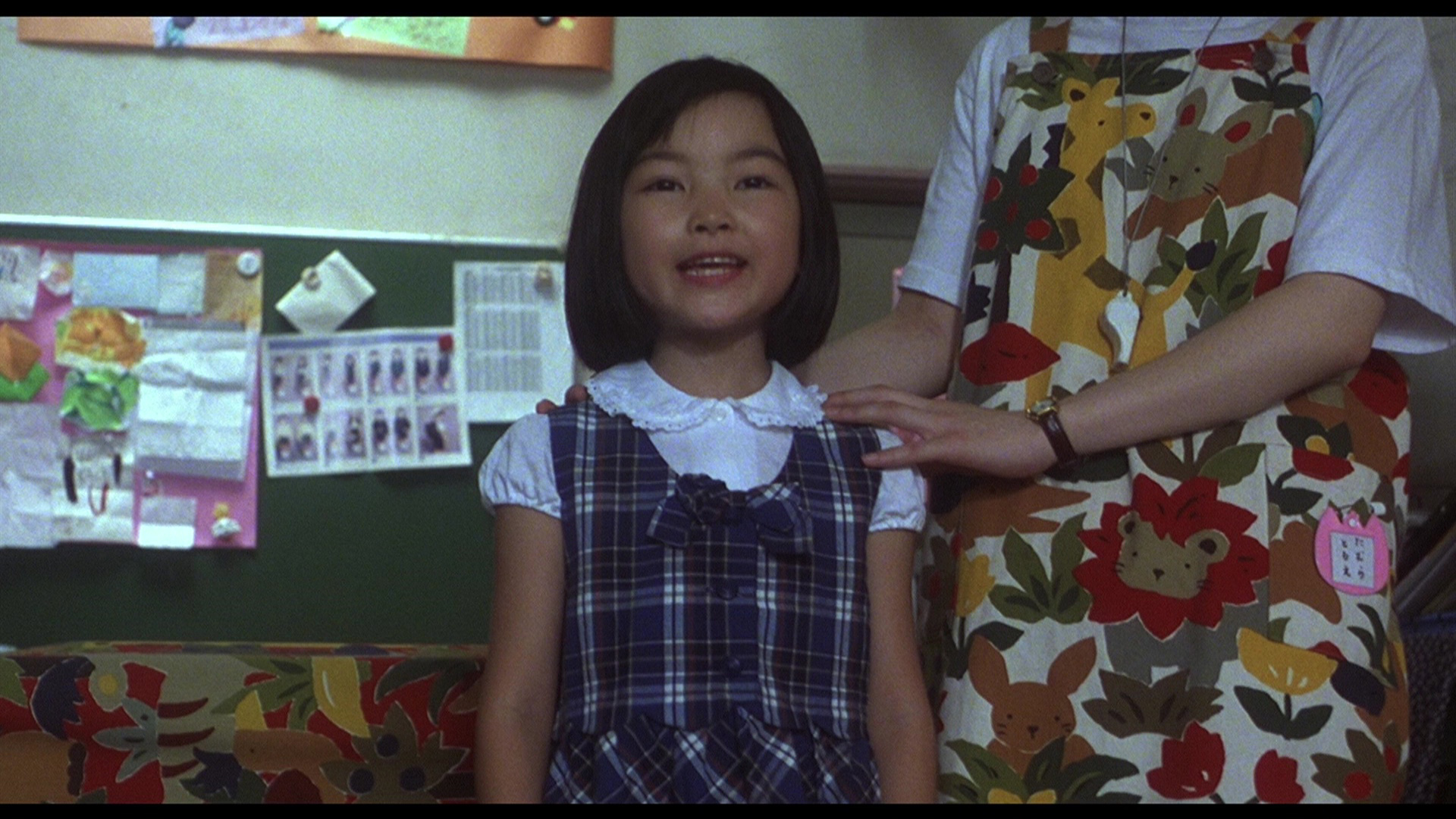 Three big new extras are included in the form of interviews with Nakata, "Ghosts, Rings and Water" (26 mins.), Suzuki, "Family Terrors" (20 mins.), and cinematographer Junichiro Hayashi, "Visualizing Horror" (19 mins.), which do a thorough job of covering the rise of Japanese horror at 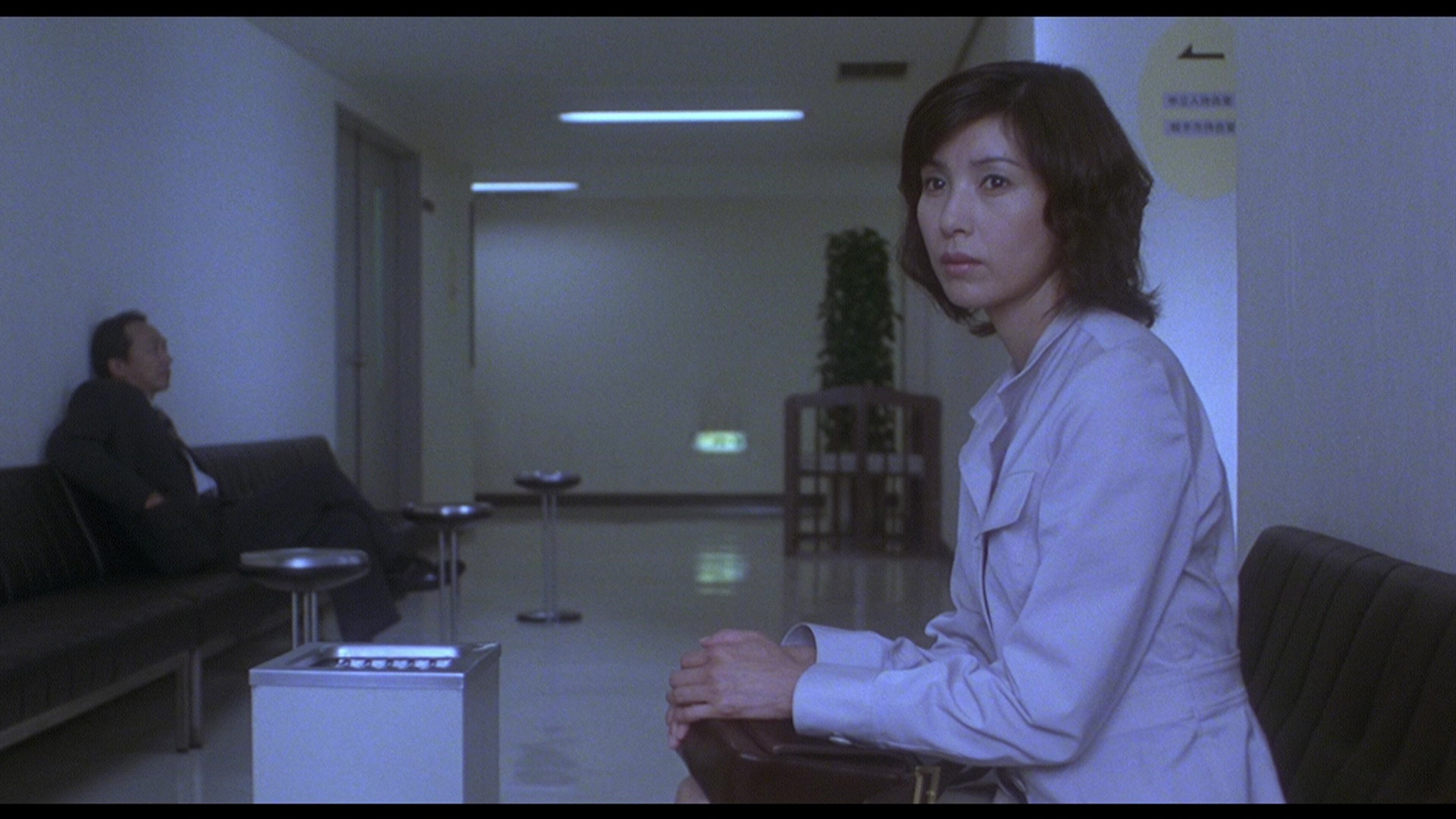 the turn of the millennium, their starts in their respective trades, the conventions of classic Eastern ghost stories, their very different levels of affection for horror, the major career changes brought on by the genre’s ascension (and eventual decline), and much more; all are very well done and worth watching. (Be sure to pay close attention to the end of the Suzuki one, too.) Also included is the original 15-minute behind-the-scenes doc created for the film’s promotion and various video releases (basically a long EPK with some nice making-of footage), separate archival interviews with Kuroki (8 mins.), actor Asami Mizukawa (4 mins.), and composer Shikao Suga (3 mins.), a gallery of poster art and other promotional material, two TV spots, and the Japanese teaser and trailer. The reversible sleeve art for the packaging sports the Japanese poster and a new design by Peter Strain, while the first pressing includes liner notes by David Kalat about the wave of Japanese horror films and a Michael Gingold-penned look at this film’s relationship  to its not-bad 2005 Water Salles remake with Jennifer Connelly.