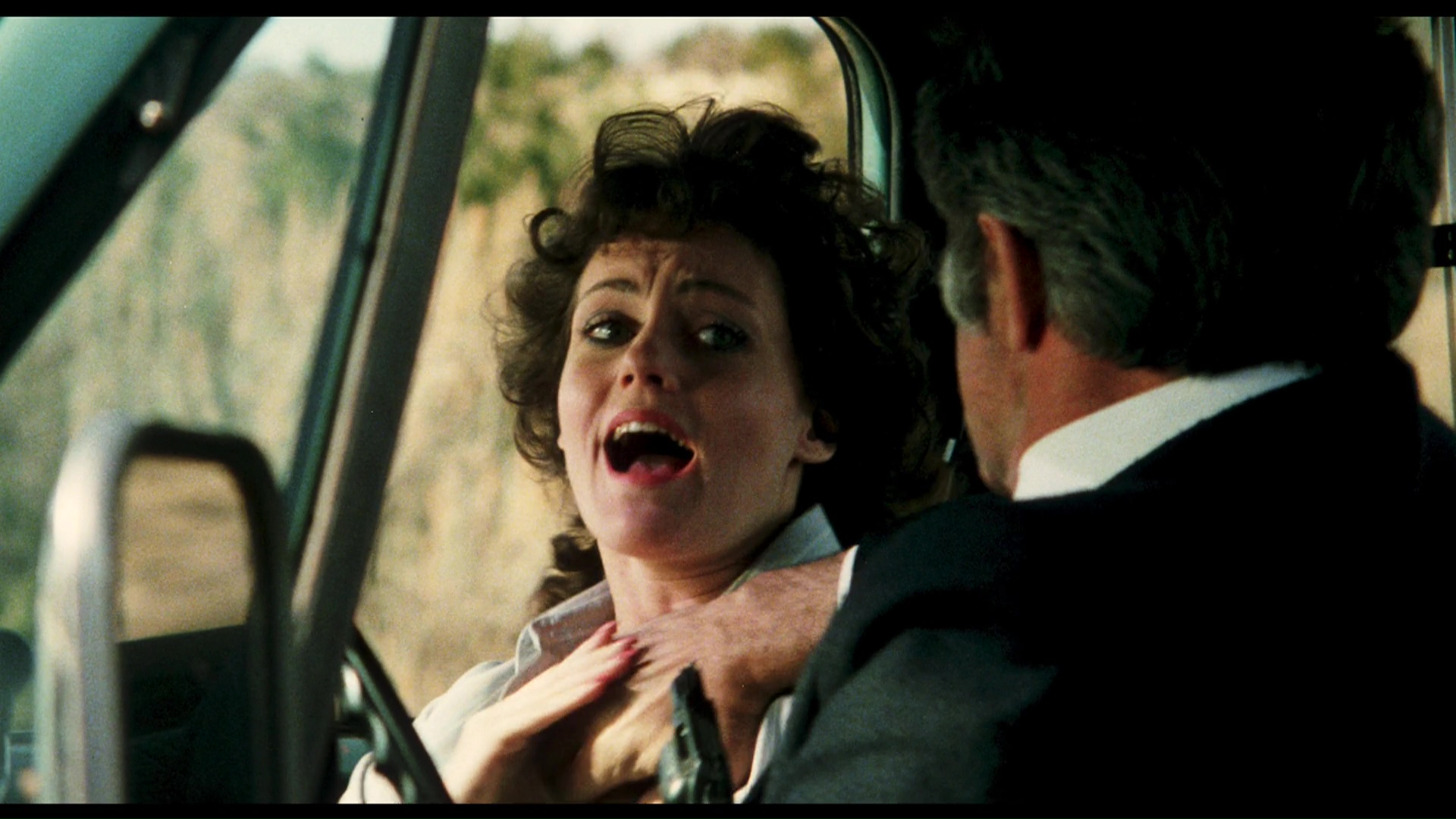 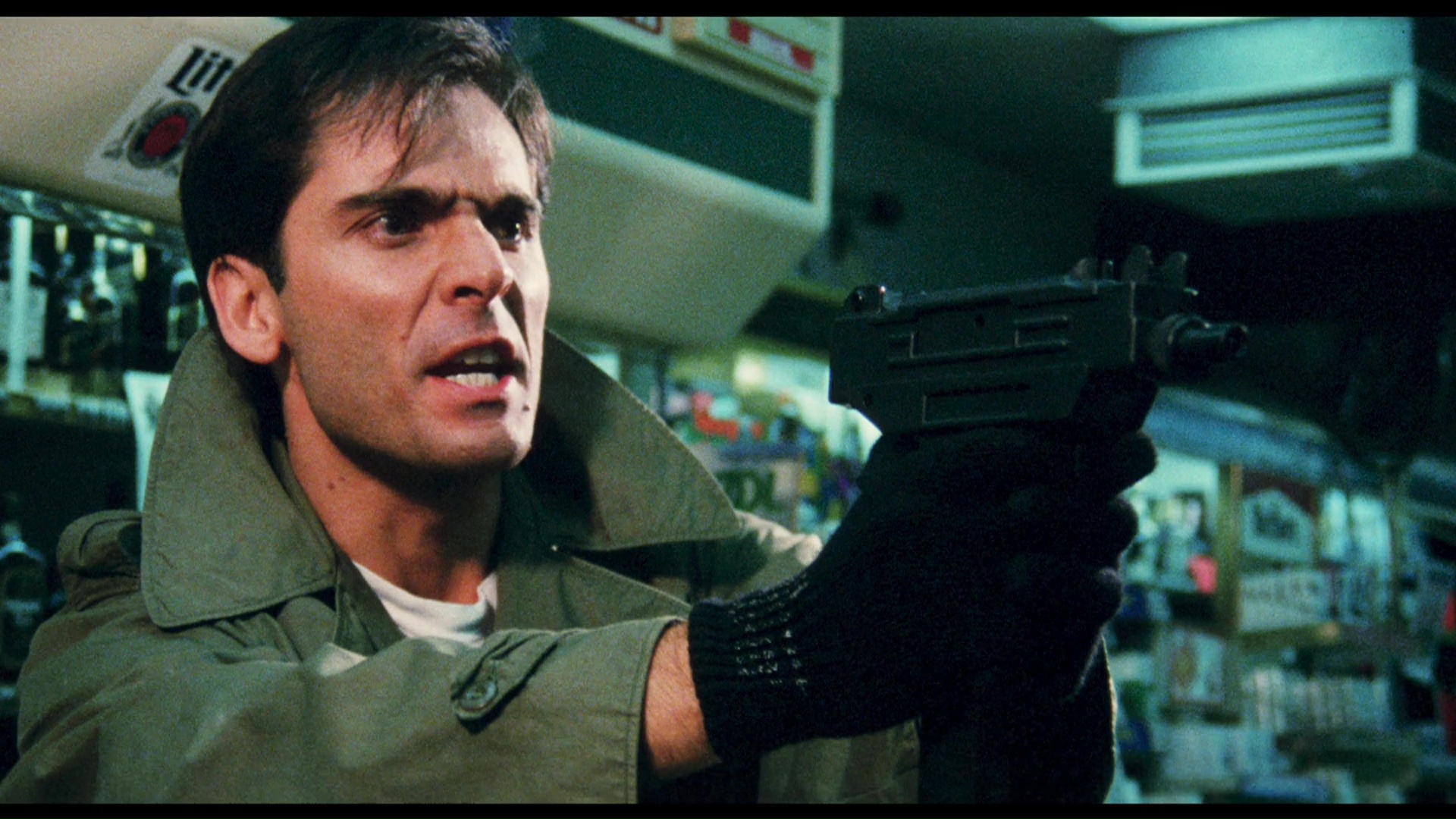 One of the few films genuinely capable of inflicting simultaneous brain damage and pure ecstasy in its audience, this lunatic action film was self-distributed by its director, Persian emigre John S. Rad, for one week in West Hollywood and three other local theaters in 2005. Almost no one saw the film (advertised as "an unforgettable suspense, mystery drama"), one of many vanity projects that played theaters like the Sunset 5 (now Sundance) and other art houses around town; it's difficult to keep up with these obscure releases, with Henry Jaglom now specializing in that four-wall field and occasional breakouts like the midnight favorite The Room marking a rare "success" story. Dangerous Men seemed destined for oblivion except for the fact that the gang at Cinefile Video on Santa Monica Blvd. happened to catch a screening and began singing its praises to anyone within earshot, eventually earning the film a return appearance a few months later for a midnight screening that sent audience enthusiasm through the roof. A handful of subsequent showings continued to build word of mouth for the title (which didn't even have an IMDb entry for over a year), which then disappeared again for years as mysteriously as it had surfaced.

So what was the story behind this project? A plot synopsis is all but impossible to deliver since the film winds up 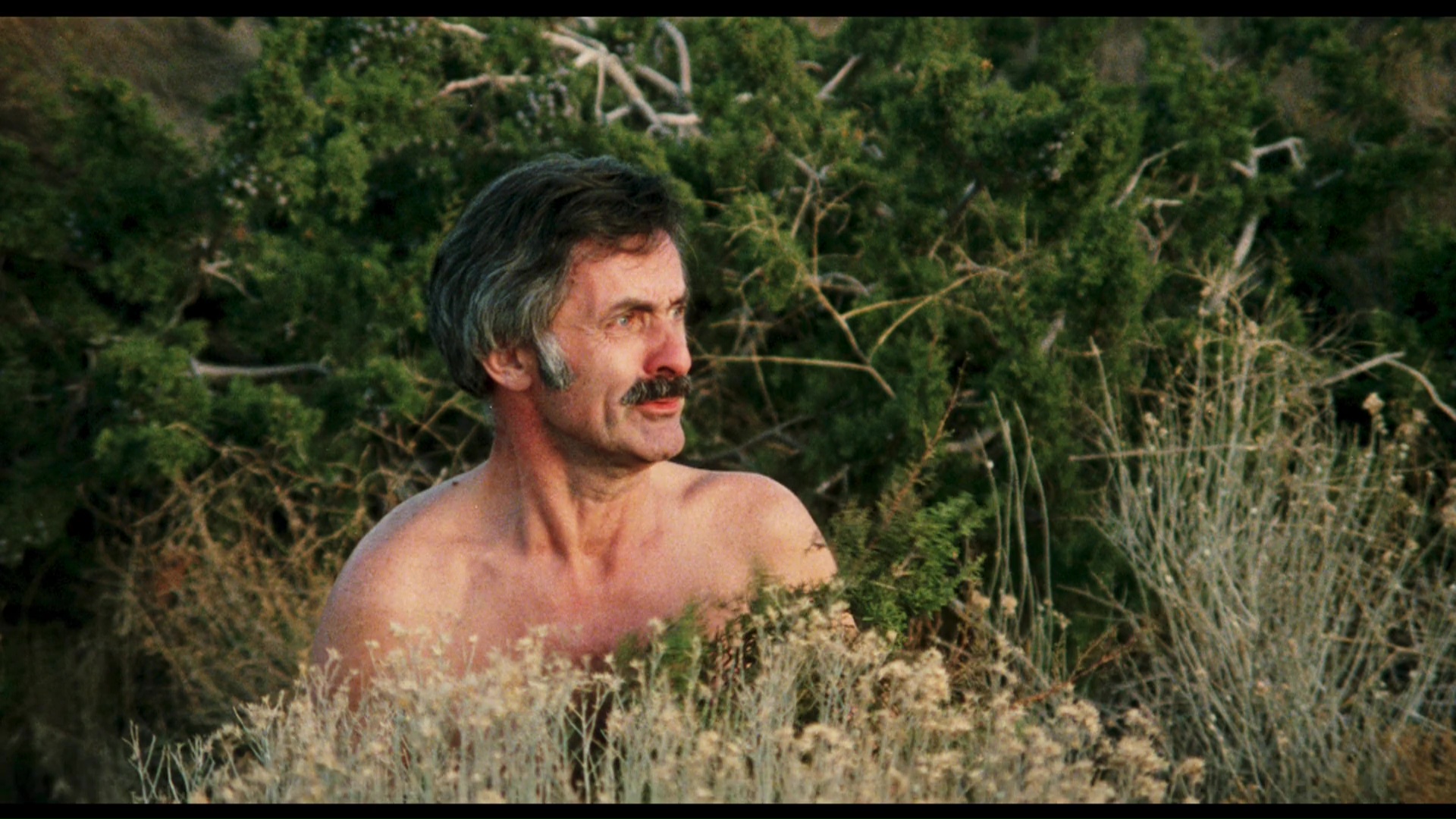 spending its entire climax with characters who had nothing to do with the first half of the story, but in a nutshell it involves a bereaved young woman named Mira (Wiggins) hunting down and killing the biker responsible for killing her fiance Daniel (Miller) on the beach and then taking out the male trash wherever she finds it. Into this maelstrom comes 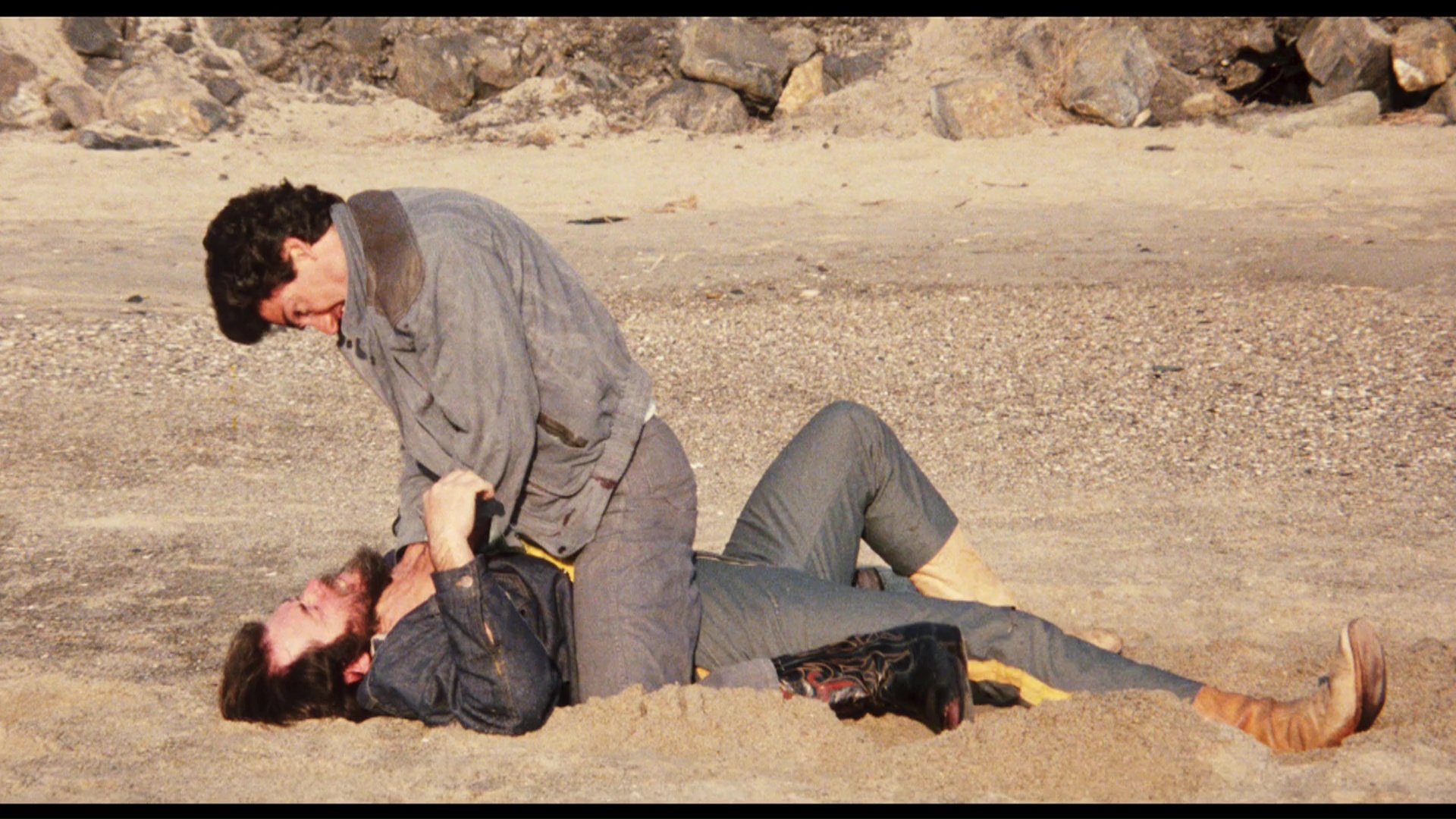 The film was shot piecemeal from the early '80s (or even 1979 according to some accounts) through the mid-'90s, with Rad losing his leading lady along the way and cobbling together other subplots to fill out the running time. He also performed seemingly every other function behind the camera including composing the nightmarishly infectious score, which will never leave your head once you've heard the opening notes. In terms of narrative storytelling or cinematic prowess this is about as far down the ladder as you can go, somewhere in the vicinity of Monster-a-Go-Go, but there's never a single dull second.

So, why did this film disappear for so long after its theatrical run? As it turned out, a journalist managed to track down and interview Rad who turned out to be 70 years old, and he passed away two years later. 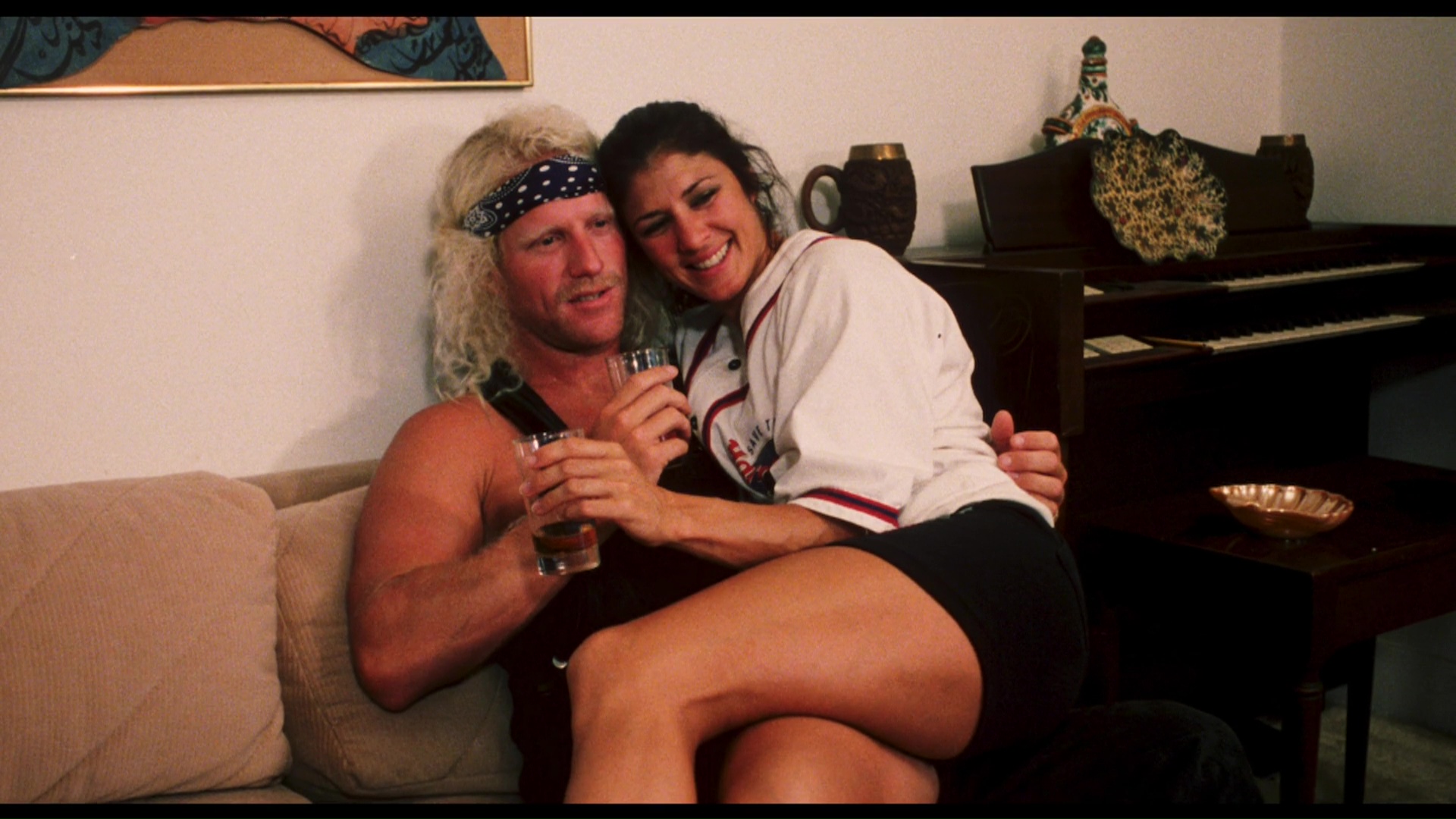 The Cinefile gang went on to form The Cinefamily in Los Angeles and ran the film to a raucous reception,with Drafthouse Films picking up the torch for a much longer stretch trying to get the video rights after Rad's death. They eventually managed the Herculean task of getting through Rad's estate to acquire the film for a theatrical rerelease and its home 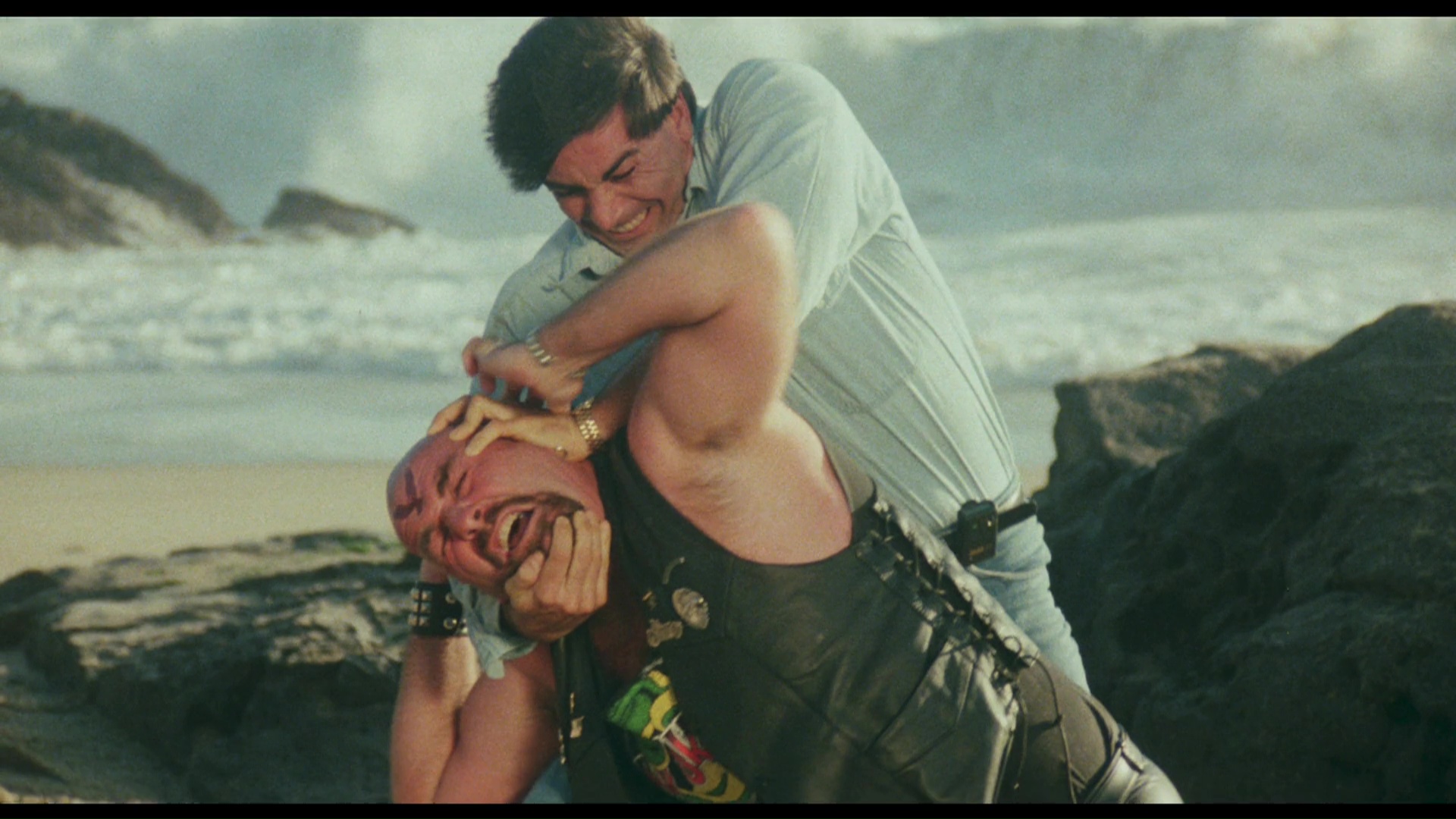 video debut, the latter coming to pass in April of 2016 as a dual-format Blu-ray and DVD edition. It's hard to believe this elusive curio has finally gotten a commercial release, but here it is -- and it's a thing of beauty. The patchwork nature of the film means some portions look better than others; there was always debris baked into the opening credits, but this is a clear and very accurate representation of how it appeared in theaters. The English mono audio is only presented in Dolby Digital Stereo on both the Blu-ray and DVD, so if were hoping to hear that theme music blasting out of your speakers in glorious DTS-HD MA, you're outta luck. An audio commentary is also included with Destroy All Movies authors Zack Carlson and Bryan Connolly, who do their best to explain what you're watching, how it came to be, and what it all means, even down to such simple matters of off-and-on room tone audio and parsing together how one scene fits into the next.

The 26-minute "That's So John Rad" features Tim Skousen and Jeremy Coon (with amusingly altered credit names) on a journey to uncover the story of this enigmatic filmmaker. The Cinefamily's Hadrian Belove shares the first time he heard about the film and how he came to evangelize the film, and Cinefile co-founder Phil Anderson, who got the word of mouth rolling when he stumbled on it first in Pasadena, conveys his own bewildered enthusiasm for this lovably deformed cinematic love child. Also on hand are Rad's daughter Samira Wenzel (whose car was blown up for the film without her knowledge and who shares a pretty scary story about his paternal nature), 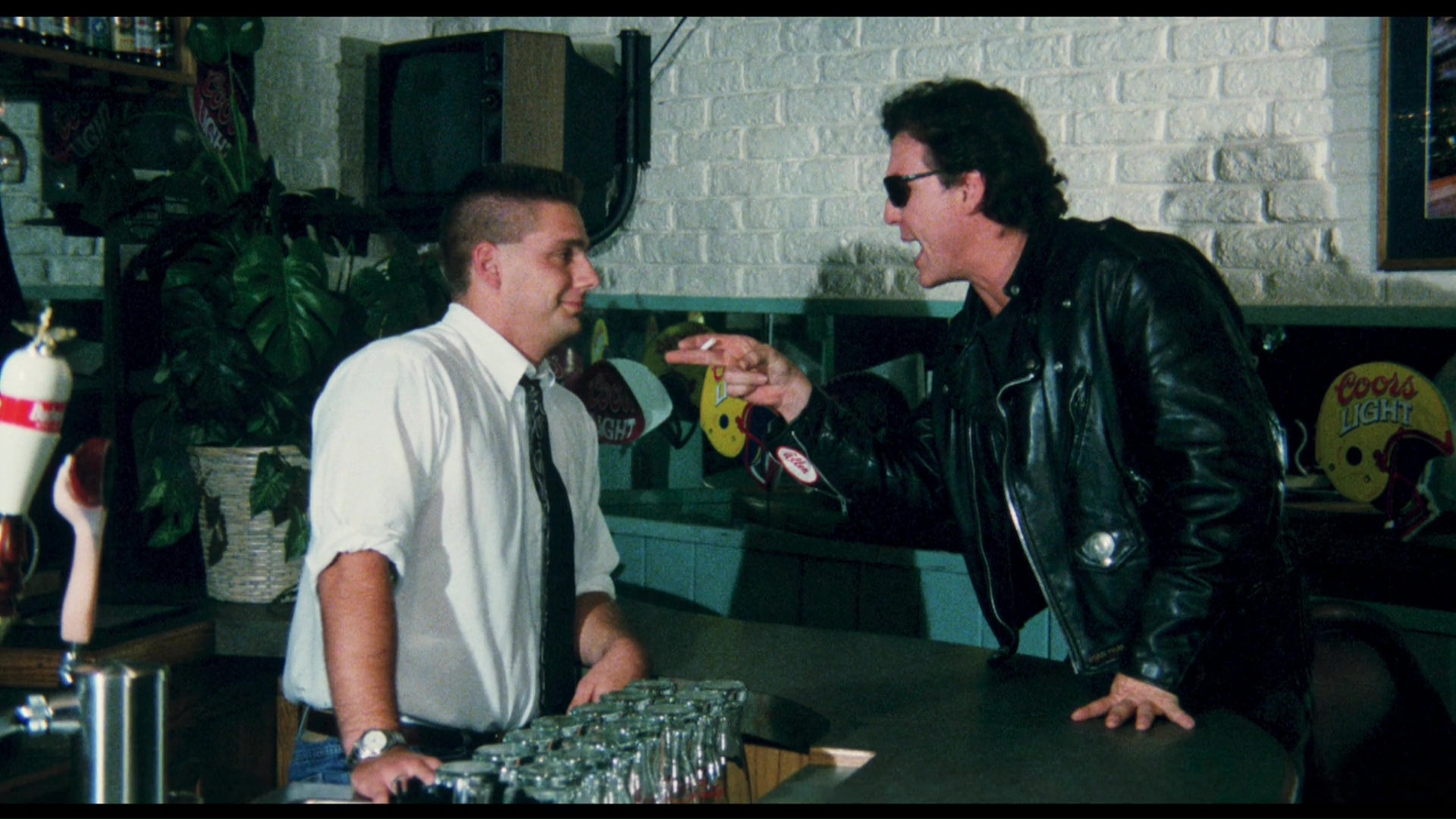 other family members John and Mary Wenzel, plus Laemmle Theaters' Greg Gardner and writer Paul Cullum, who helped spread the word with the one and only long-form print interview with Rad about the film for 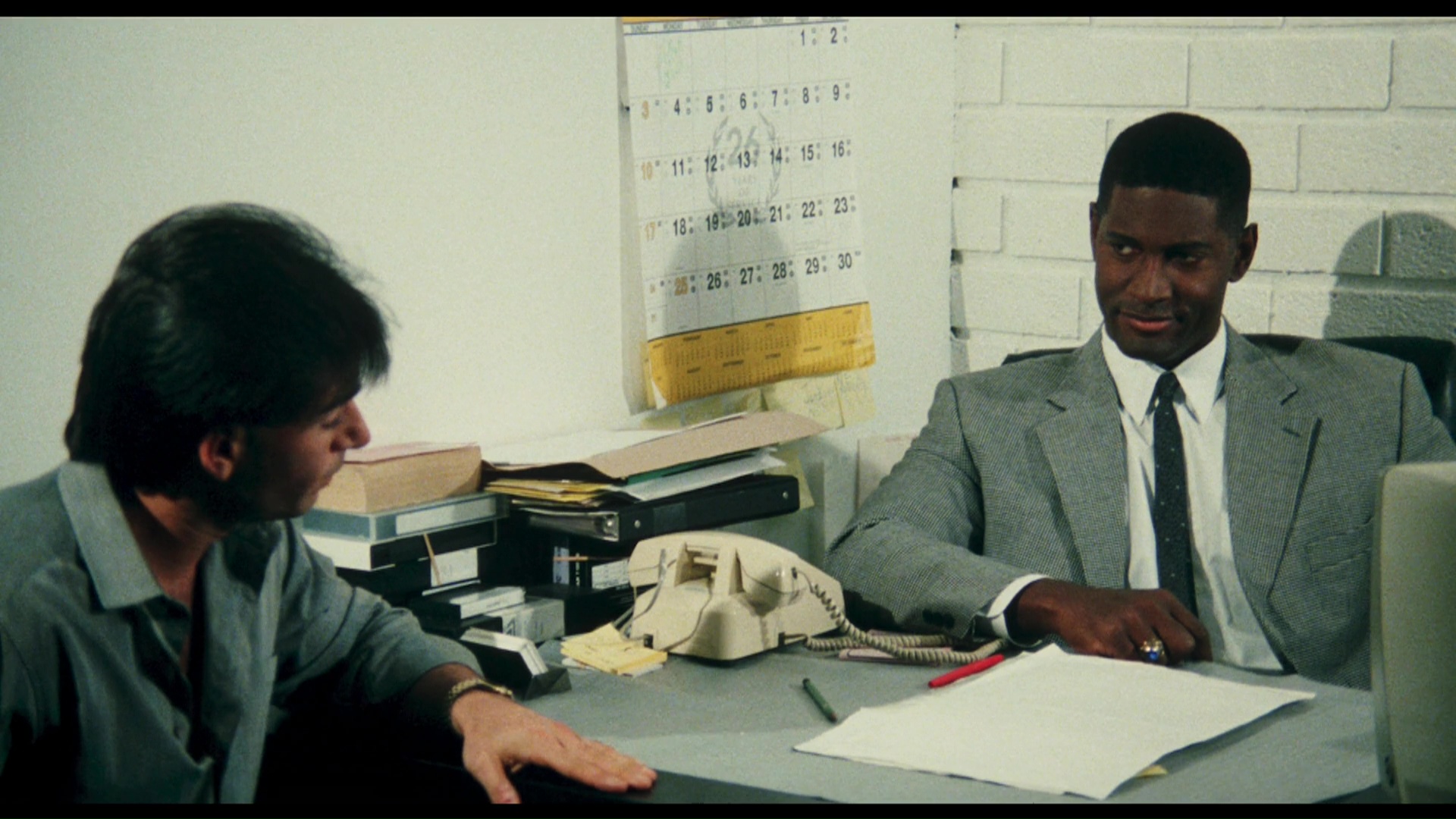 LA Weekly (which is reprinted here as a liner notes insert). The memories of meeting Rad are especially fun as they shed some light on what made his creative output so... special. Also included are a 10-minute interview with director of photography Peter Palian, who talks about the connection with the director of Samurai Cop, the unorthodox conception of craft services during production, and his happiness with the film's eventual release. Though it's unlisted on the packaging, there's also a 47-minute episode of the L.A. local access show Queer Edge with Jack E. Jett from 2005 featuring Rad and Colleen Camp, plus occasional host Sandra Bernhard and lots of eye-scalding colors and afros. You also get the Drafthouse Films reissue trailer, the original "trailer" (for lack of a better term), a 3-minute VHS-sourced teaser, and bonus trailers for Ms. 45, Roar, Trailer War, and Miami Connection. Absolutely essential viewing.