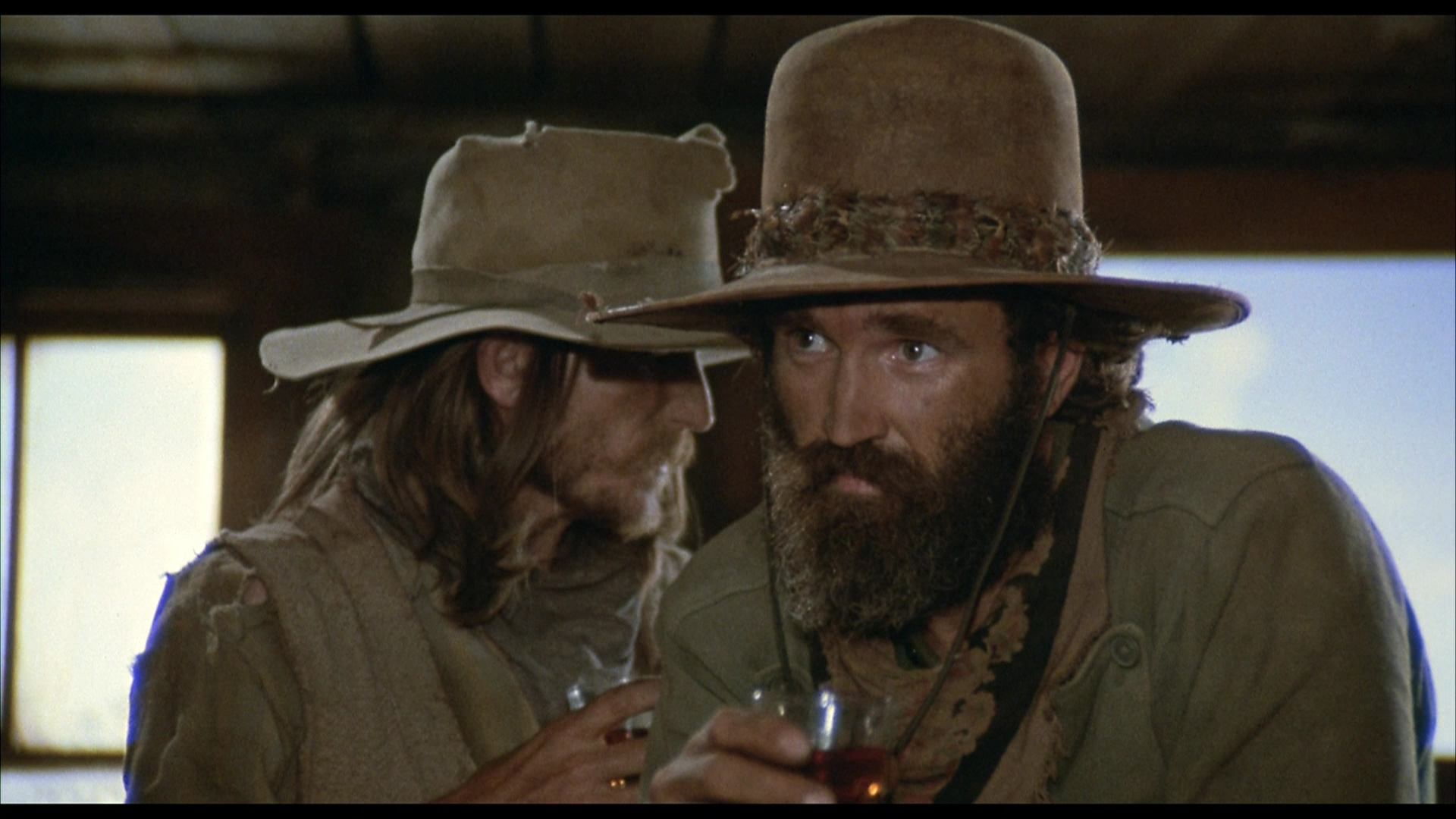 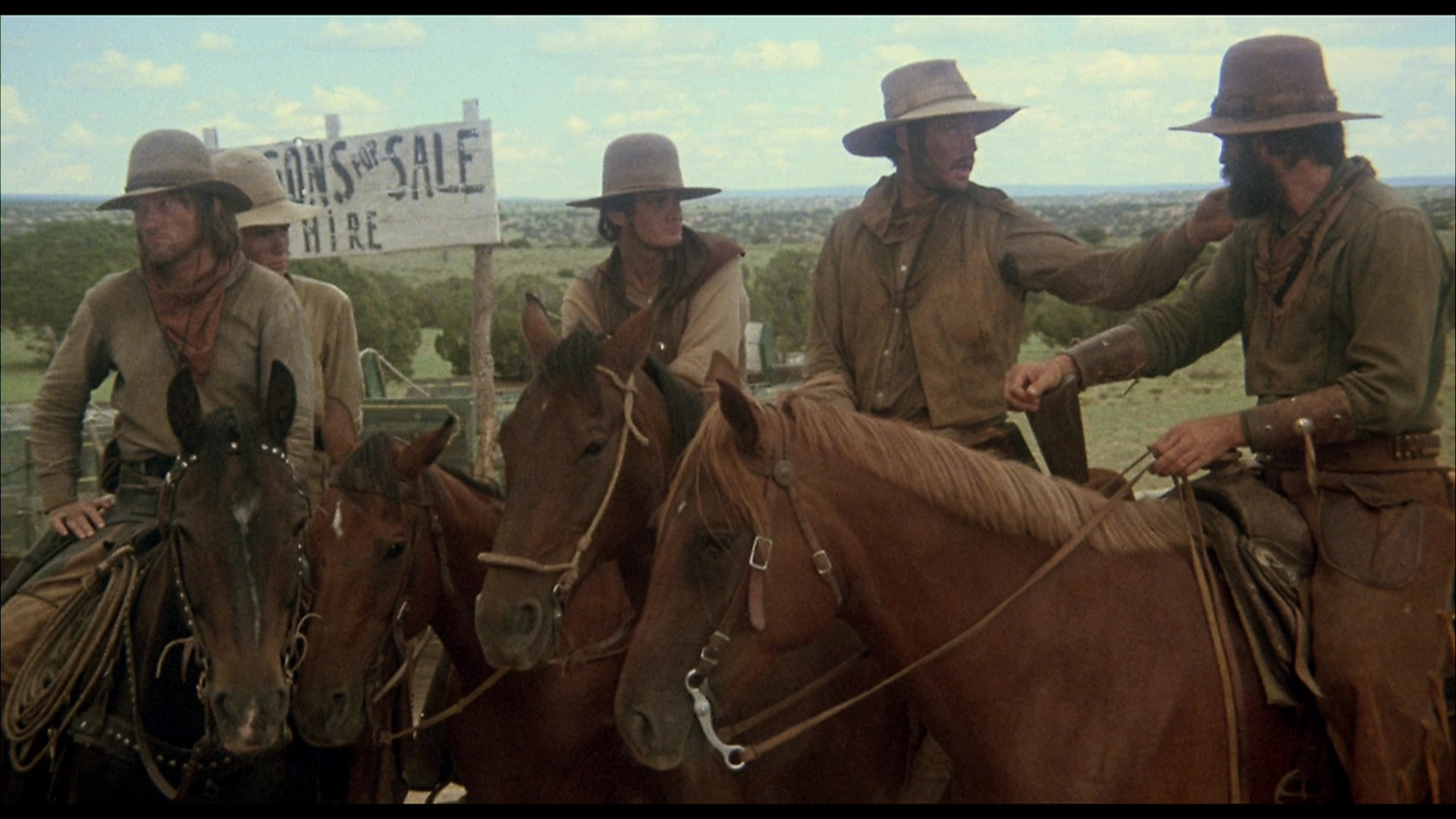 One of the best and least appreciated of the wave of "revisionist" westerns that flooded American screens in the first half of the 1970s, this scrappy and highly atmospheric (not to mention authentic) debut feature for director and former TV commercial tyro Dick Richards remains a high water mark of its kind. The fact that it opened the same year among competition including The Revengers, Ulzana's Raid, Jeremiah Johnson, Bad Company, Chato's Land, Junior Bonner, Dirty Little Billy, Buck and the Preacher, The Great Northfield Minnesota Raid, Joe Kidd, and The Life and Times of Judge Roy Bean is still astonishing and gives a good indication of how it was so easy to miss at the time.

Teenager Ben Mockridge (Summer of '42's Grimes), a cowboy enthusiast and aspiring gunslinger, seizes the opportunity to live out his dream when he talks cattle driver Frank Culpepper (Electra Glide in Blue's Green Bush) to let him join him and his crew on the way to Colorado. However, it turns out that no one wants to take Ben under his wing, and the experience proves to be a harsh one indeed with invading rustlers, horse thieves, and dishonest landowners turning the experience into an eye-opening one about the nature of justice 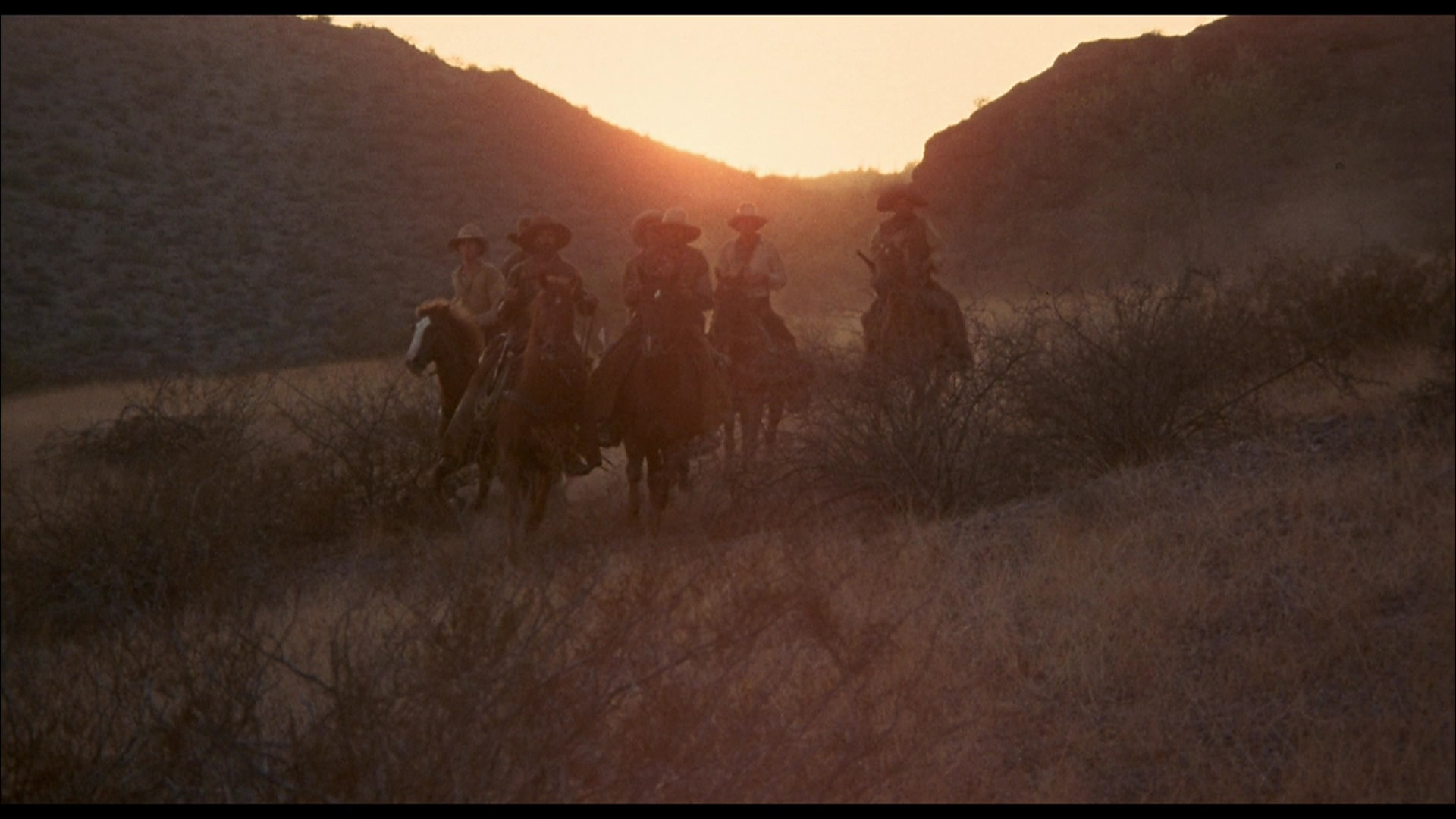 and violence in the untamed West.

A feast of character actors with nary a superstar in sight (it always says something positive when Royal Dano pops up in what amounts to a glorified cameo), The Culpepper Cattle. Co. turned out to be a real calling 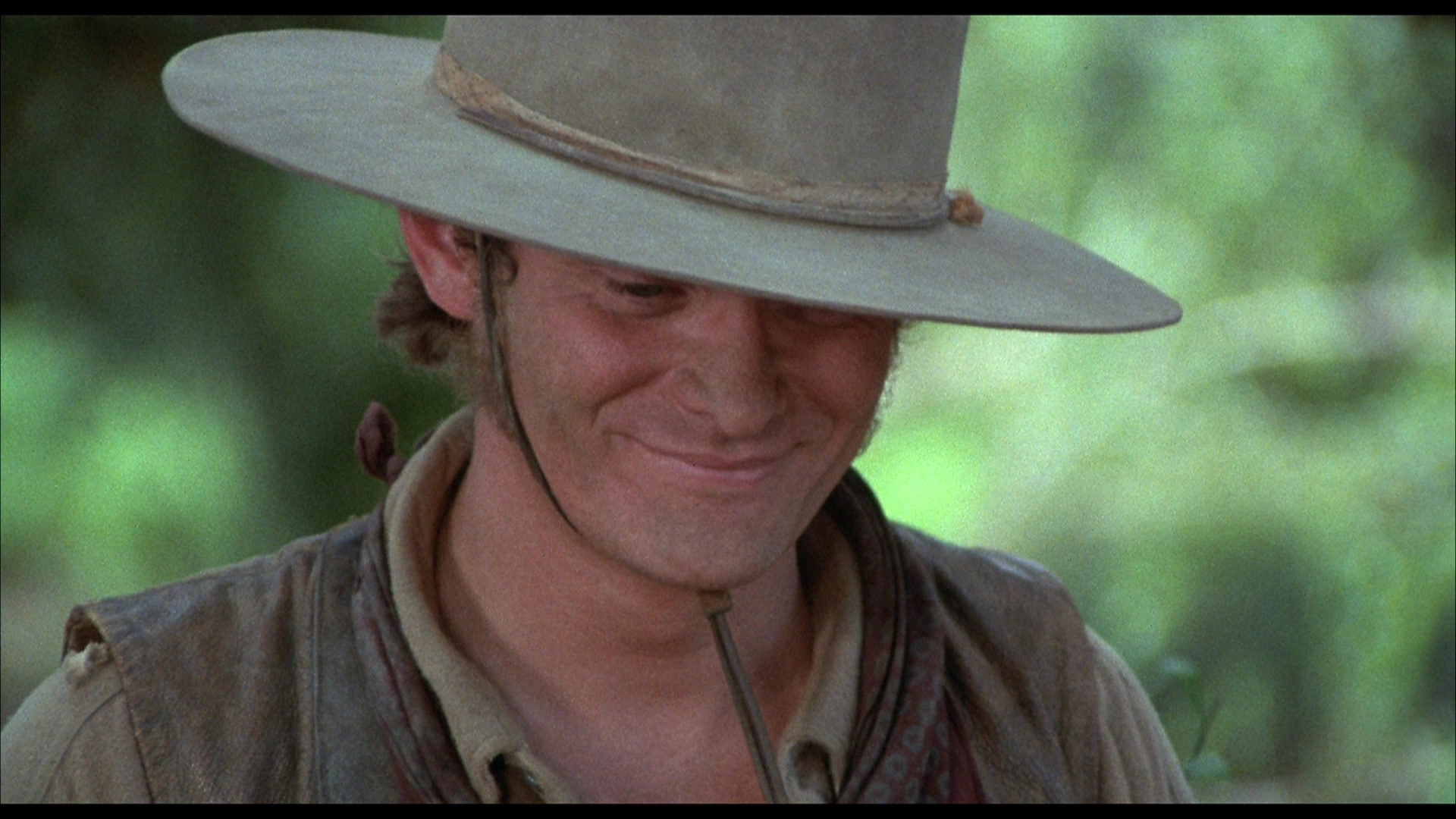 card for Richards, who parlayed the critical success of the film (if not rousing box office) into an eccentric but solid career that led to Death Valley, the quirky Rafferty and the Gold Dust Twins, March or Die, and most famously, the superb Raymond Chandler adaptation, Farewell, My Lovely. (More strangely, this film was also the first screen credit for executive producer Jerry Bruckheimer!) The traditional expansive scope look of Hollywood westerns that had been in vogue in the prior decade is swapped out here for a flat, earthy appearance, coupled with a restrained but jolting treatment of violence that stays within the limits of a PG rating while delivering a fair amount of stage blood and brutality (with a still controversial pacifist flourish at the end).

The Culpepper Cattle Co. debuted on DVD from Fox in 2006 with a very nondescript cover, featuring a solid anamorphic transfer, the theatrical trailer, and separate galleries of 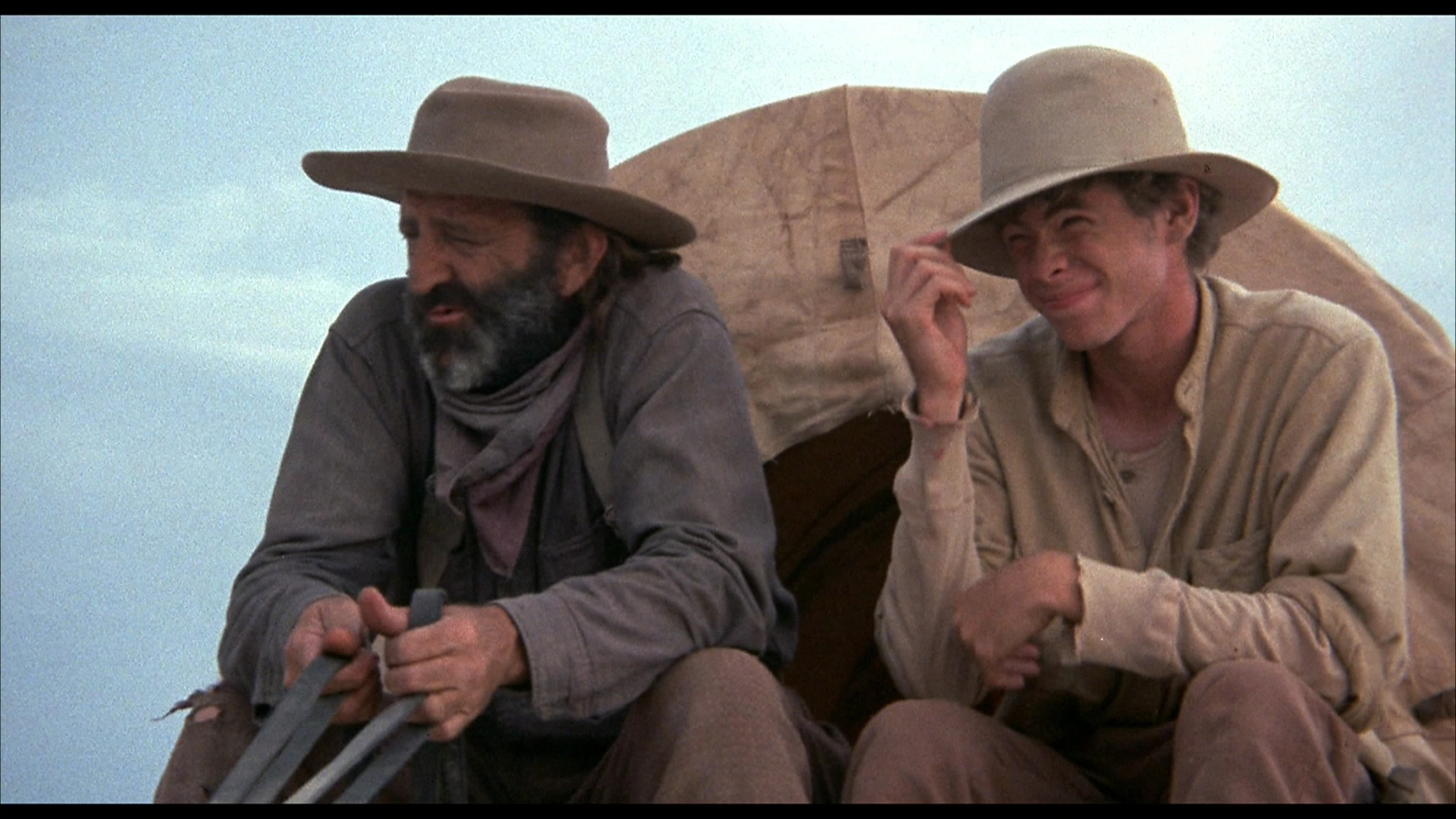 behind-the-scenes photos and promotional stills. The 2017 UK edition from Signal One expands the scope of the extras considerably and also benefits from an impressive, authentic HD transfer that retains all of the necessary grit and texture while boasting natural, impressive colors and detail. The LPCM English mono audio sounds excellent for what amounts to a fairly simple sound mix, with optional English SDH subtitles provided. An enjoyable new audio commentary with actor Bo Hopkins and moderator C. Courtney Joyner is a real keeper, covering the authentic western details in the film, Hopkins' discomfort with his one oft-repeated swear word, and the challenges of trying to use cattle as actors. Richards appears for a brief new video intro and the substantial, 40-minute featurette, "Black and White in Color," covering his first time using a camera in New York, his early collaborations on commercials with Bruckheimer, the real-life inspiration for his script for this film, and what he feels is one of the best scenes he ever directed here. The two galleries are carried over here along with the trailer, while a 30-second radio spot has also been added.