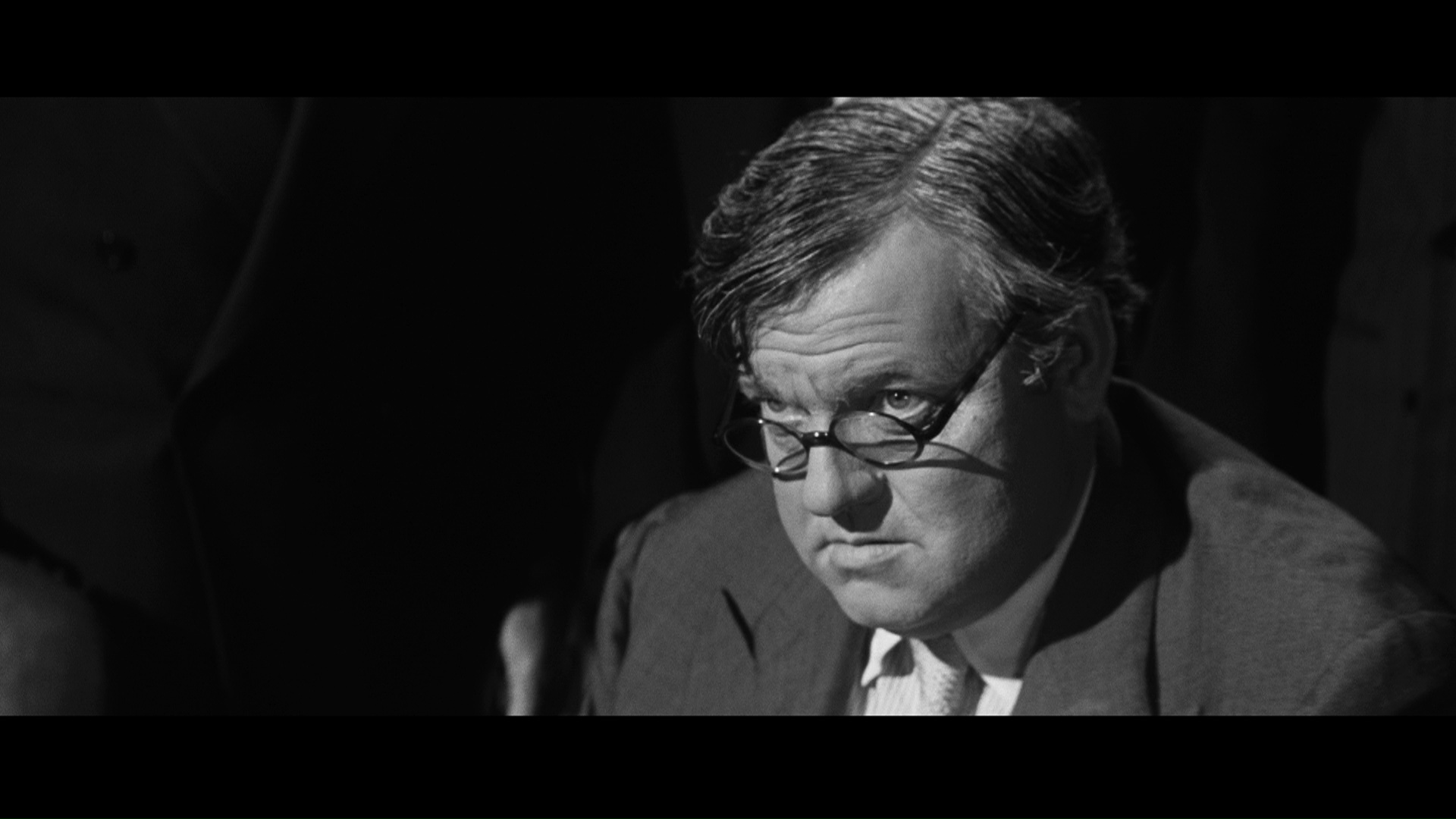 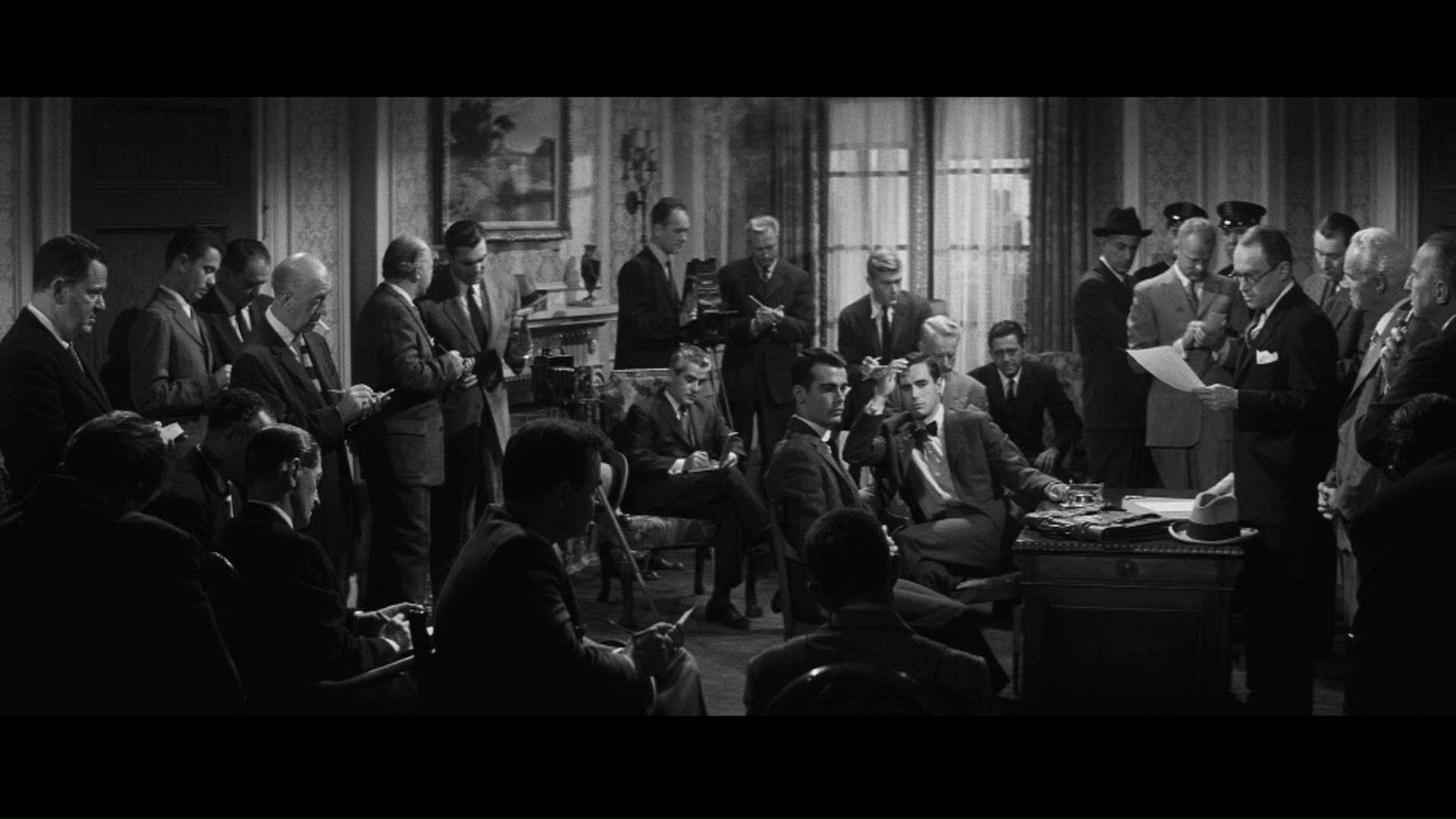 One of the most notorious true crime cases in American history was the murder of a young boy by Nathan Freudenthal Leopold, Jr. and Richard Albert Loeb, a pair of college students who believed their moral and intellectual superiority justified their actions. The 1924 case became a media frenzy and went on to inspire several films, with this 1959 fictionalized version sitting in the middle of the three most famous adaptations (along with Alfred Hitchcock's Rope and the 1992 indie Swoon). This version is taken from a bestselling 1956 novel by Meyer Levin, a journalist on the real Leopold and Loeb case, which he also adapted into a play in 1957. In all of its incarnations, Levin's treatment downplays the gay overtones of the story (far more accentuated in the other two films) and instead focuses more on the courtroom aftermath, with a major female character thrown in to make it palatable for audiences at the height of the Production Code. Fortunately these changes have little negative impact on the film, which still remains a solid piece of drama with several strong performances including a great turn by Dean Stockwell and a showy turn by Orson Welles (as a renamed version of Charles Darrow), who doesn't turn up until the final third but gets the biggest climactic scene.

Artie Strauss (Dillman) and Judd Steiner (Stockwell) both come from wealthy Chicago families and believe themselves to be superior beings capable of testing the outer limits of morality. Their friendship is carried 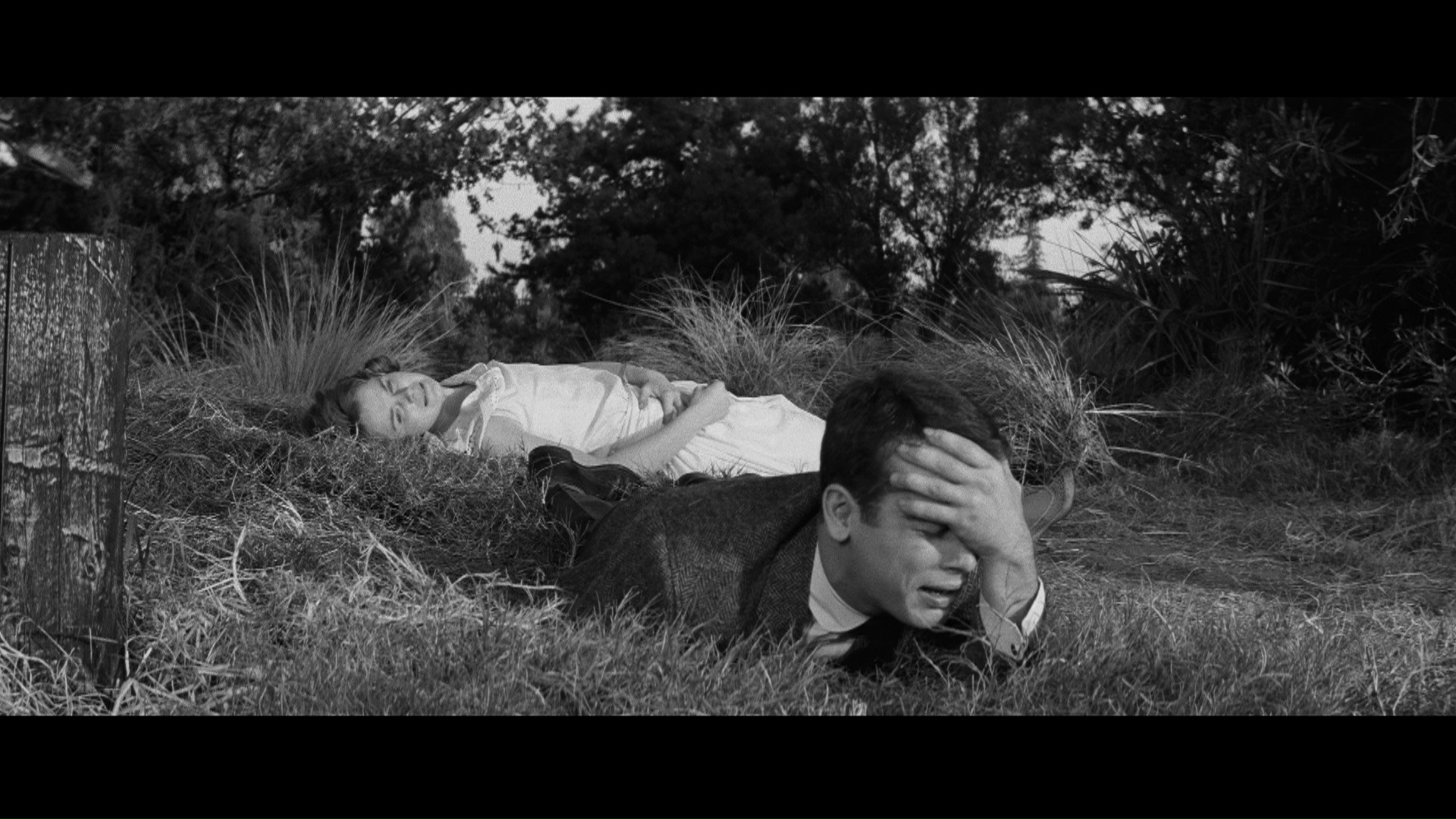 along by escalating tests of criminal will including a frat house theft and the attempted mowing down of a vagrant. Soon they move to murder by kidnapping and killing a young boy, even setting up a fake ransom demand to confound the authorities. One of their classmates, Sid (Milner, 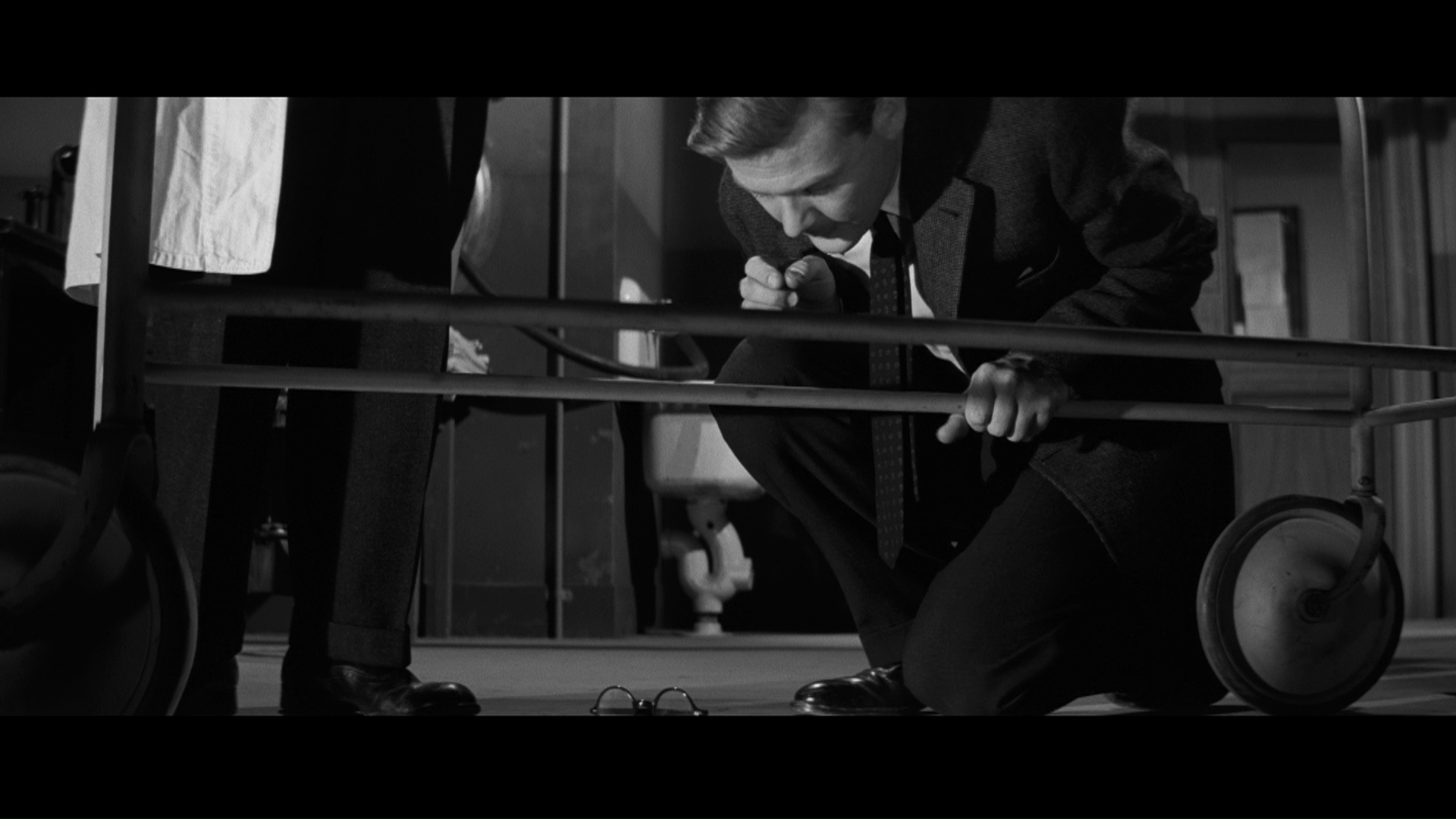 essentially playing Levin), is an aspiring reporter and stumbles on a vital clue that points to the two young men. Sid's girlfriend, Ruth (Peyton Place's Varsi), becomes drawn to Judd, the more sensitive of the pair, but their one date doesn't exactly go well thanks to Artie's influence. Soon the police are closing in and the boys' families have to resort to a high-powered lawyer to help them avoid the death penalty.

Director Richard Fleischer was already a maestro of scope framing when he tackled this film with credits like 20,000 Leagues Under the Sea, The Vikings, and The Girl in the Red Velvet Swing under his belt. What he delivers here is a case study in how to use CinemaScope to turn a potentially static, talky film into a dynamic visual experience, using every inch of the frame to conjure up interesting, off-kilter compositions that accentuate the power struggle between the two murderers. The end result is as innovative as the novel, a new way to turn a true crime story into a galvanizing cinematic experiment, and Fleischer would return to the same approach twice with two equally worthwhile but much darker, post-Code films, The Boston Strangler and 10 Rillington Place. Dillman is solid here, enough that one wonders why he was largely relegated to TV roles for most of his career, but the film really belongs to Stockwell and Welles, with the latter's lengthy summation speech offering a strong approximation of the real final defense that reportedly spanned a whopping twelve hours and altered the country's perception of the death 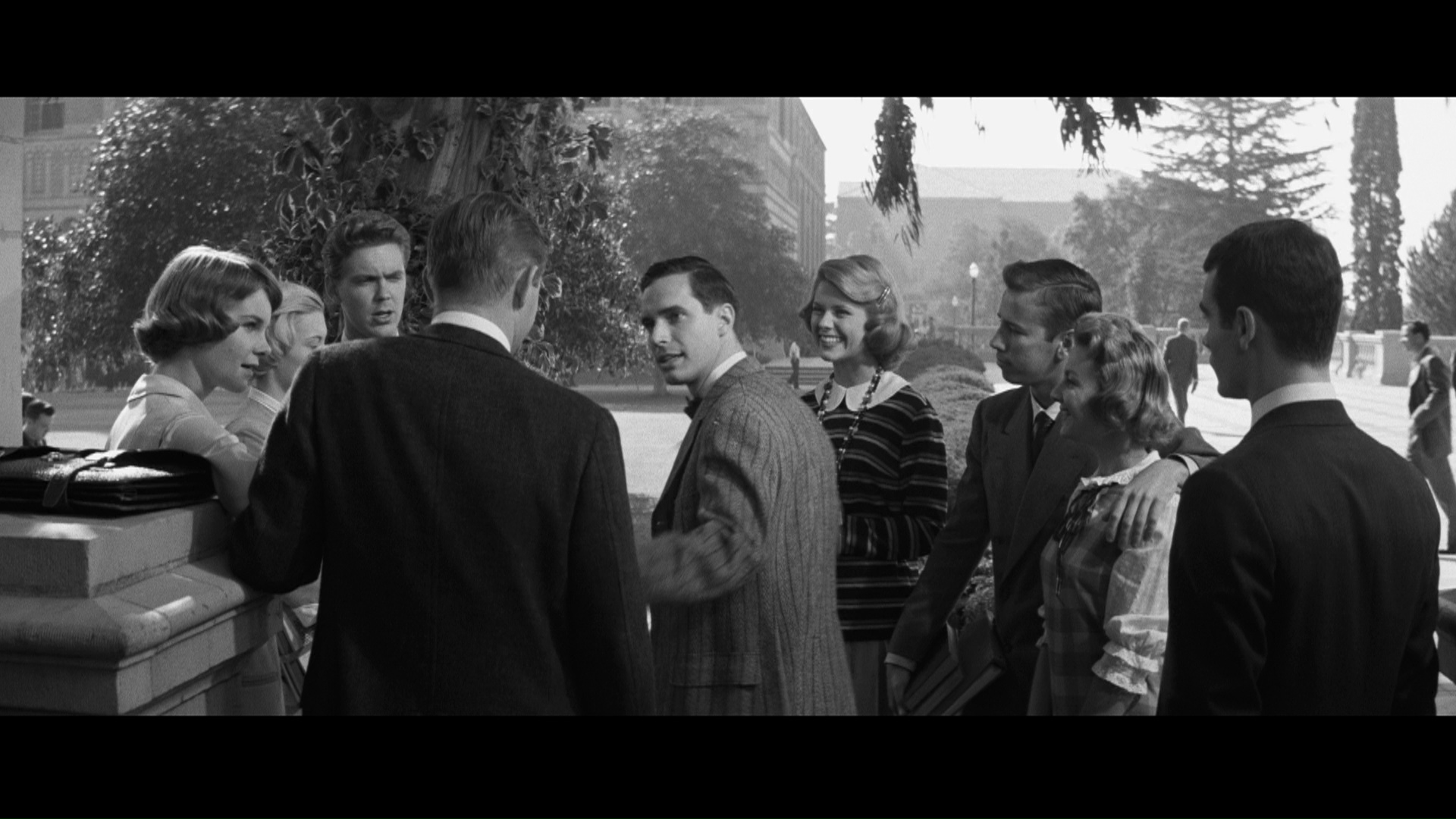 The first really worthy home video edition of this film (after early iterations on VHS and a flat letterboxed laserdisc) arrived in 2006 with an American DVD from Fox, featuring a 16x9 transfer, a teaser, and a theatrical trailer. At the beginning of 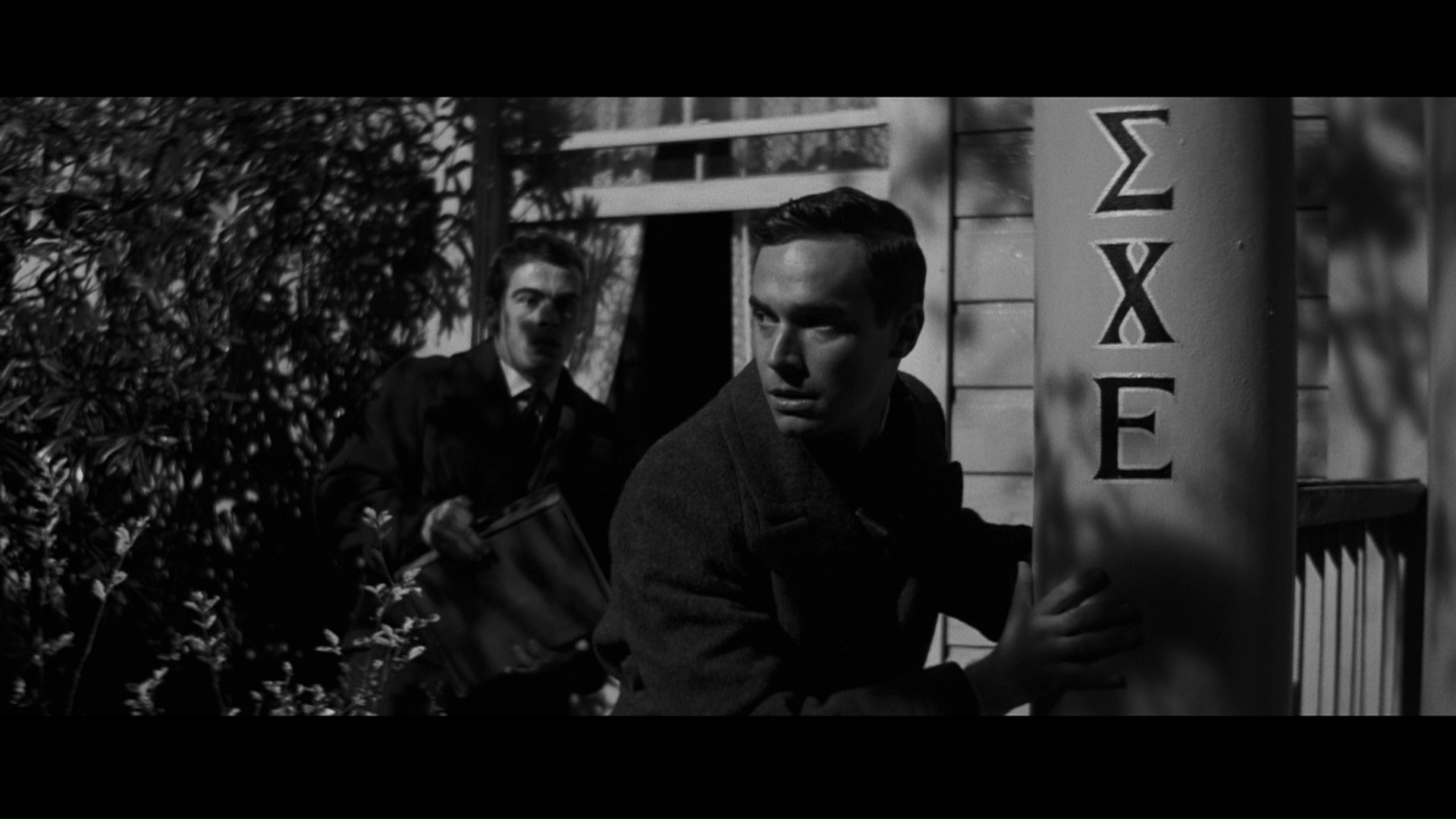 However, the best edition by a wide margin is the separate Blu-ray and DVD UK editions from Signal One, with the 4K Fox remaster afforded a very high bit rate yielding extremely impressive, detailed results with beautifully rich black levels. The theatrical 4.0 mix is essentially carried over here with a DTS-HD MA 5.1 track (there doesn't appear to be much if any separation in the rear channels), with an LPCM audio option included as well with optional English subtitles. The usual trailer is presented here but otherwise it's all new extra material including two separate The Guardian Interview sessions with Fleischer, an audio one from 1981 (as an alternate track running with the film) and a 73-minute video one from 1994. He was at very different points in his career, having just come off of The Jazz Singer in the former and focusing on his wild array of international productions throughout the '70s, while the latter finds him in a more genial, reflective mood, which would be his usual state through his frequent public appearances well into the '00s. His stories of working at Fox are particularly good, of course, reflecting an on-and-off studio relationship that would continue through Tora! Tora! Tora! He's an amazing resource of Hollywood history during its most transitional periods, and both chats are well worth trying out. Also included is a 10-minute vinyl version of Welles' courtroom summation scene (which was issued as a 7" release) and a gallery of stills, lobby cards, and theatrical posters.