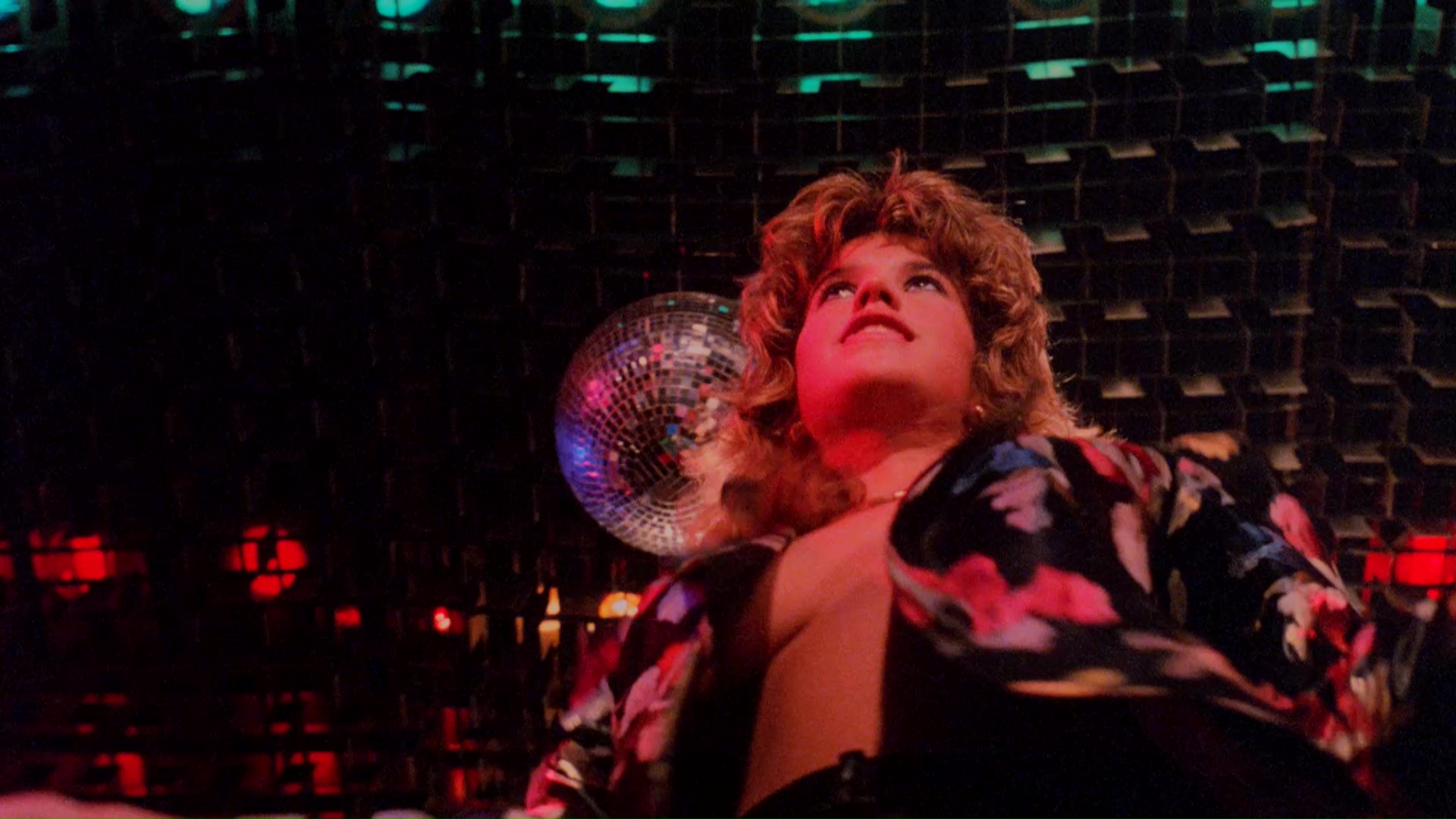 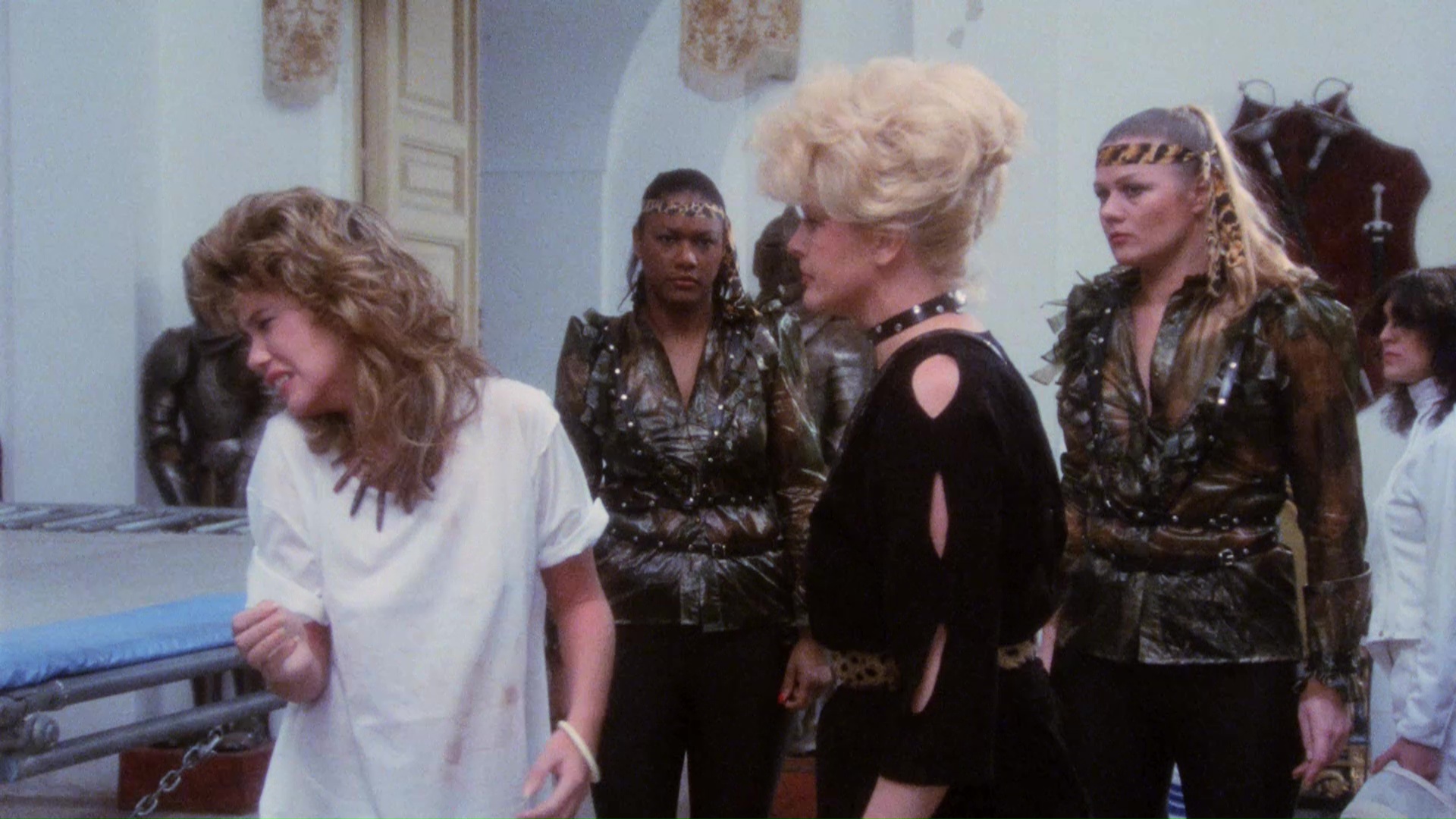 The bizarre career of Euro drive-in producer Harry Alan Towers (a name familiar to any Jess Franco fan) took a particularly naughty turn in the mid-‘80s when he mounted a batch of productions co-founded by Playboy intended for pay cable play and home video. The most popular of these were Black Venus and Lady Libertine, but the award for the weirdest one has to go to Christina, a Spanish production adapted from a character who first appeared in a 1976 novel with dozens of subsequent published adventures to her carnal credit.

Cast as the title character in her first and only adapted adventure is Jewel Shepard, an appealing B-movie starlet who’d just shot the cable favorite Hollywood Hot Tubs (and would return for the sequel). Of course, a year later she’d go on to cult movie infamy as the irritable Casey in Return of the Living Dead and even popped up in a cameo in 2011’s Oscar-winning The Artist, but to see Jewel in her most unabashed showcase, this is the film to see.

So, who’s Christina? As we find out quickly, she’s a jet-setting heiress, "one of the world's richest women, and one of the most controversial," prone to getting involved in tricky 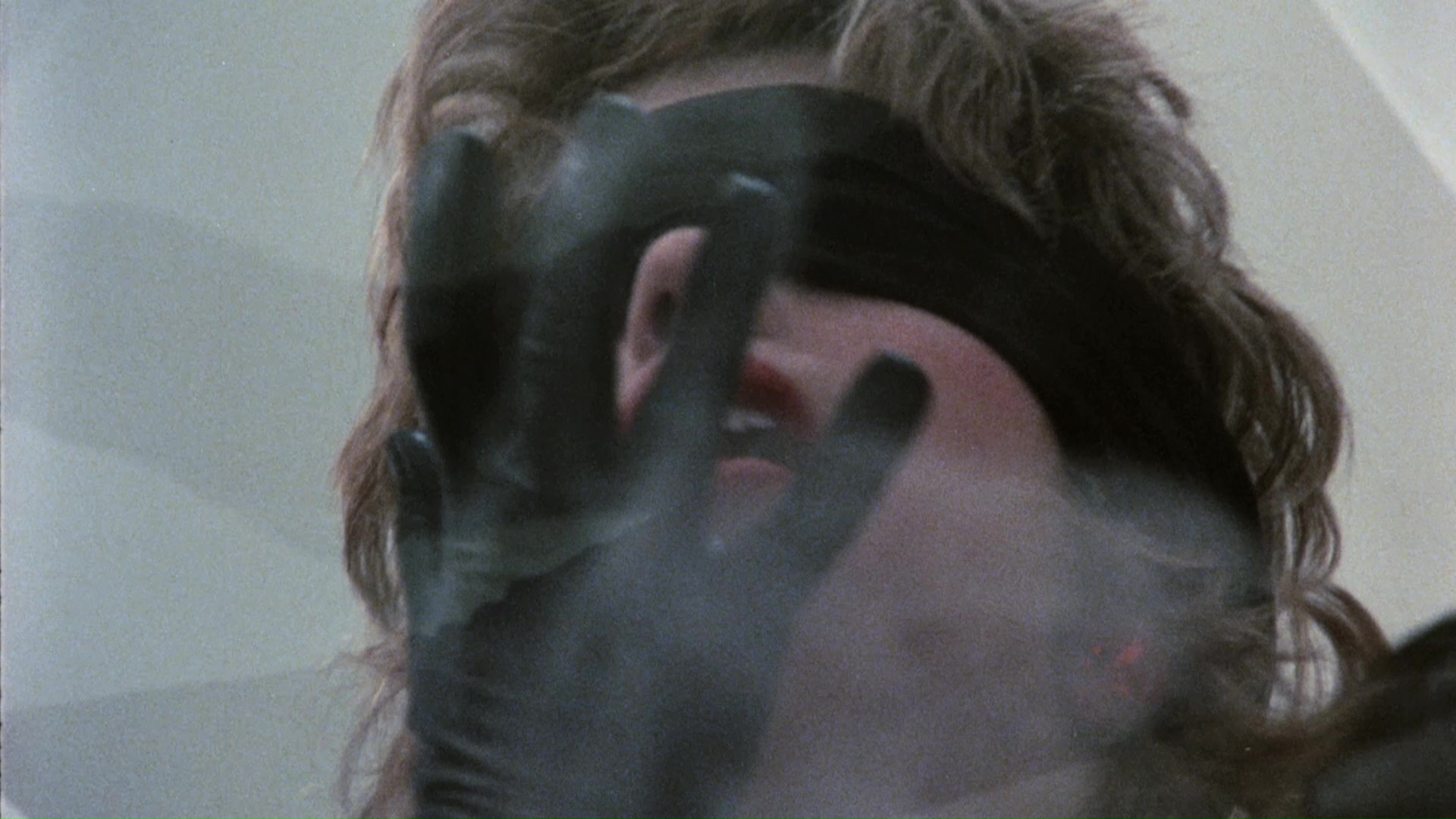 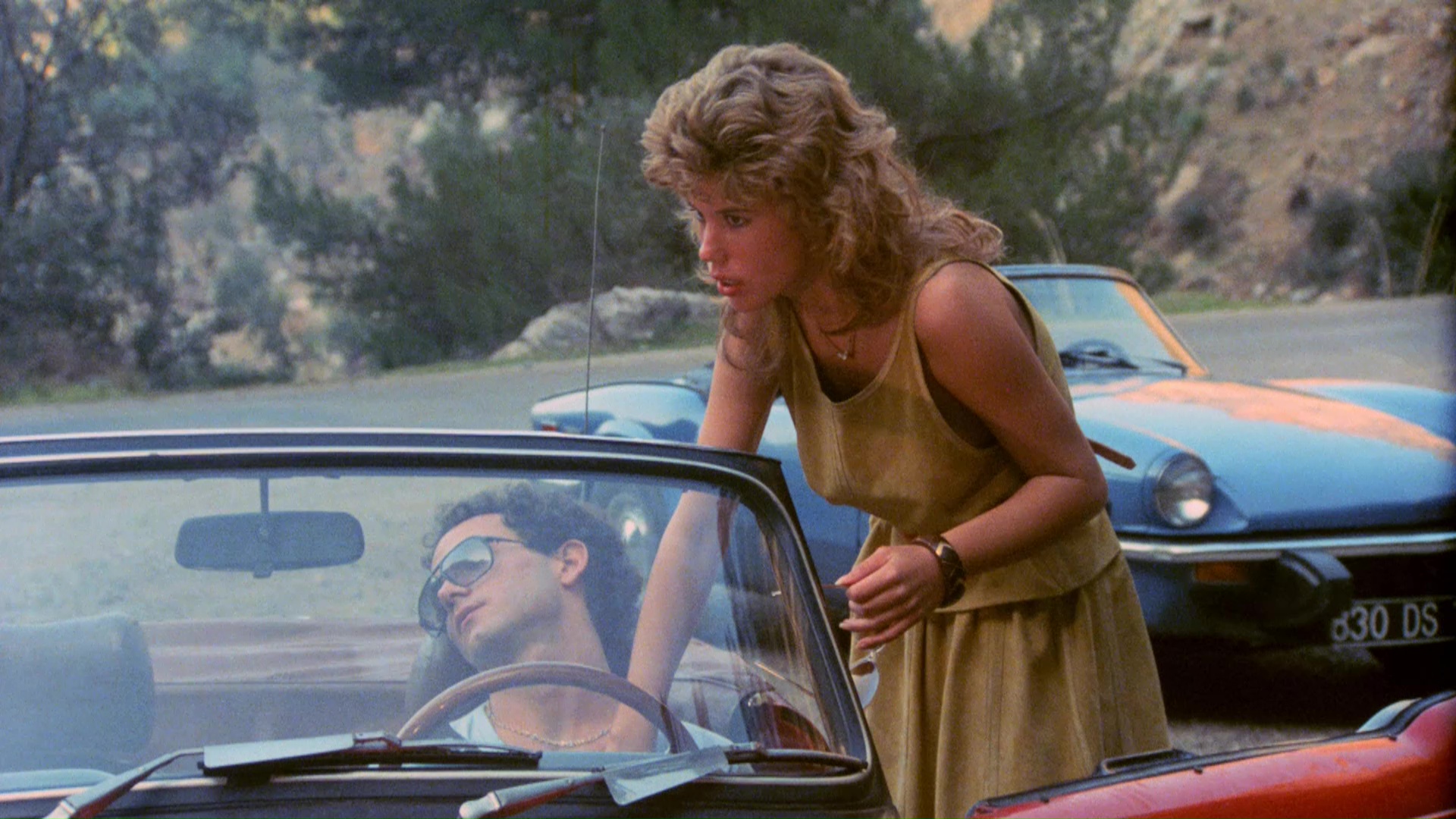 put into situations of sexual intensity, has white-hot visions of her naked body being covered with little toy cars. Anyway, she thinks she’s found romance with car racer and sailboat enthusiast Patrick (Pieces’ Sera, still getting the ladies), but her life takes a bizarre turn when she’s kidnapped by militant feminist terrorists in leopard-skin outfits. Called the 10th of November, they’re headed by none other than Karin Schubert, a Euro-sleaze staple who made this in between Black Venus and Hanna D. before making an unexpected plunge into hardcore porn for a few years. From there Christina gets handed off to some different kidnappers, a bunch of smugglers eager for a ransom, with another bed mate found in the form of a wealthy stud named Paolo (Linder).

The first half hour or so of this one is pretty mundane (and actually kind of terrible), but your jaw will drop once it morphs into an unholy retelling of Patty Hearst by way of Gwendoline and Story of O. Shepard is certainly an uninhibited good sport (she’d have to be to go along with those end credits!), while Spanish filmmaker Francisco Lara Polop (Murder Mansion) keeps things moving even when they don’t make an iota of sense.

Private Screening (a sort of short-lived 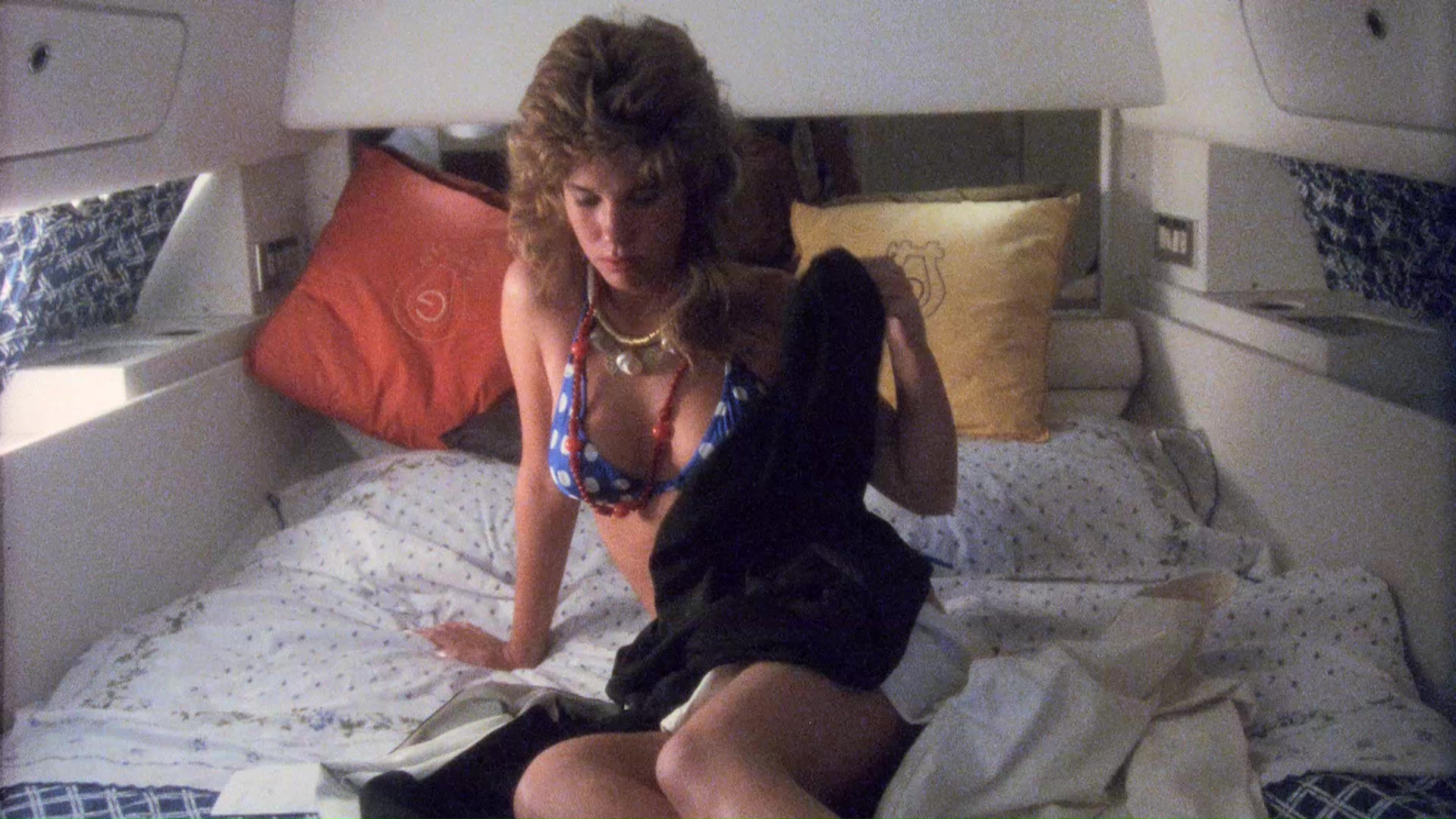 side project from Intervision) released this 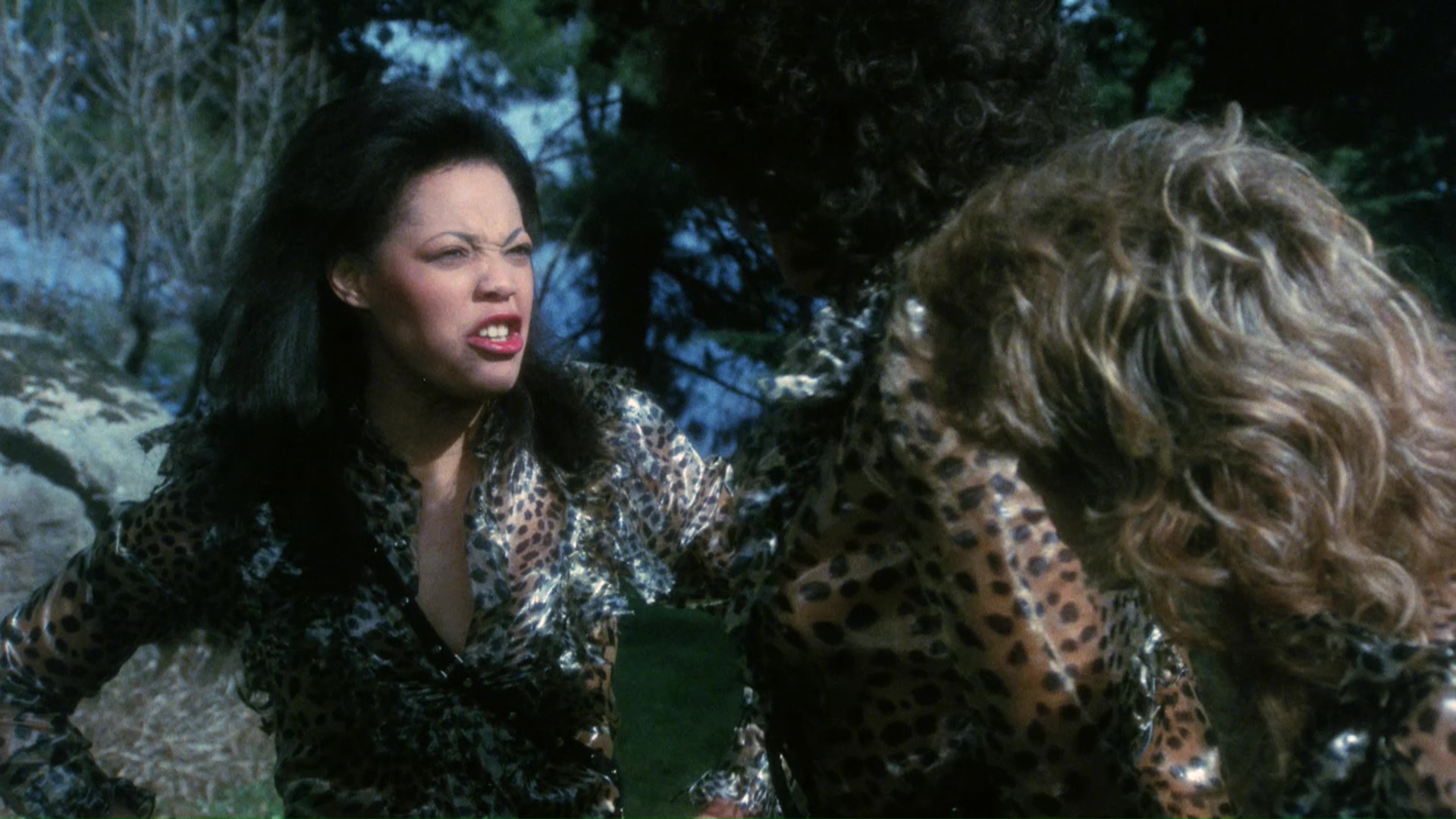 one on DVD in a really dreary full frame transfer for a hefty $30 price tag along with other films in the Towers series, all bound to bring a nostalgic smile on the face of anyone who had Cinemax in the ‘80s. You’re better served by going with the 2016 Blu-ray, which is still bare bones but features a better transfer of what appears to be a pretty inconsistent-looking film. Whites in particular veer between normal to chalky and rough, and the whole film has a somewhat cheap and gritty look a la 16mm that fortunately doesn’t collide too much with an encoding that gets the job done well enough with a healthy bit rate. The LPCM English mono audio sounds fine enough for what's obviously a flat, limited sound mix with some Euro disco-tastic music. It isn’t the kind of thing you’ll use to show off your home theater, but it’s such a huge improvement over the DVD that that skin fans shouldn’t hesitate to pick it up.