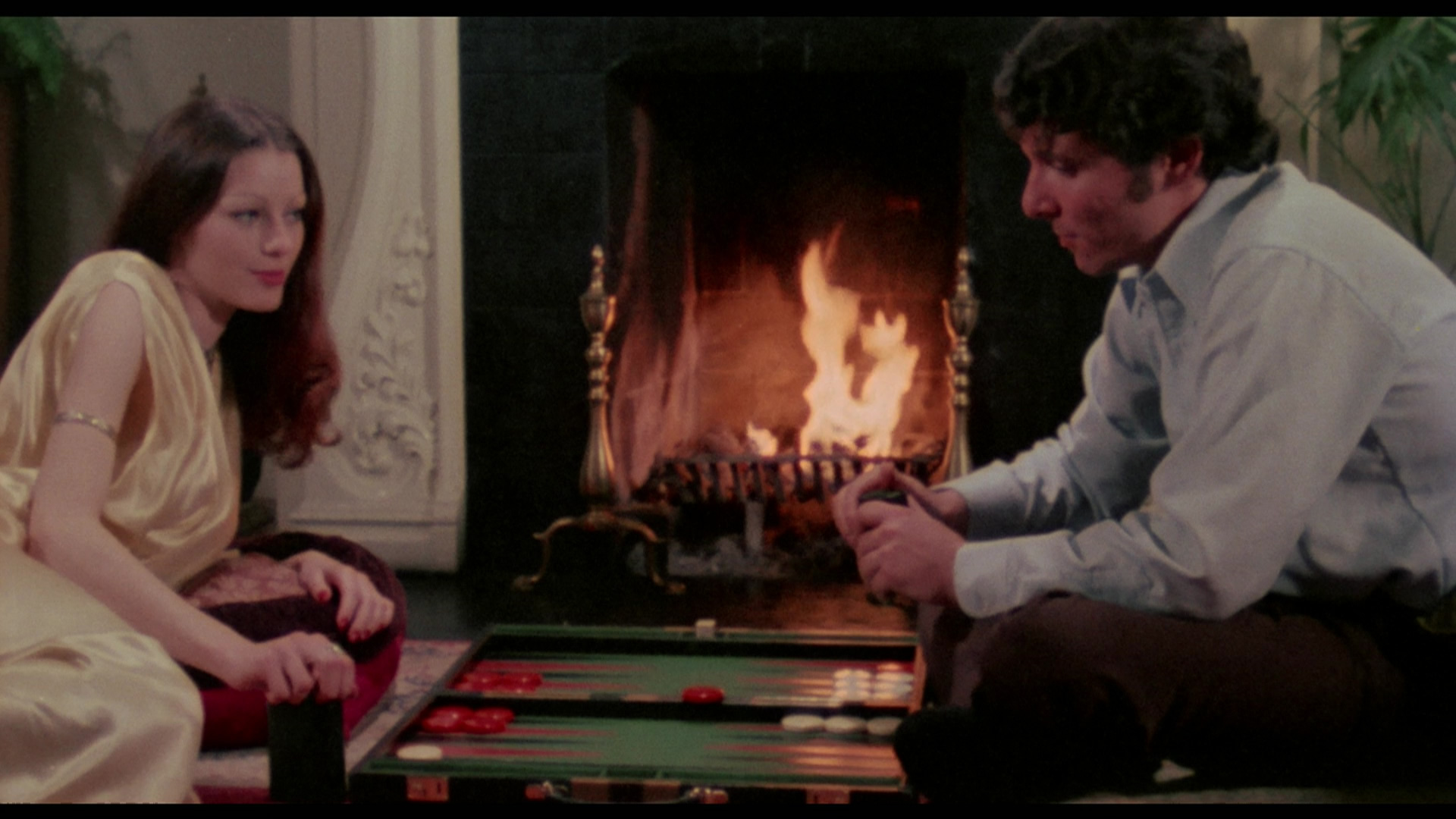 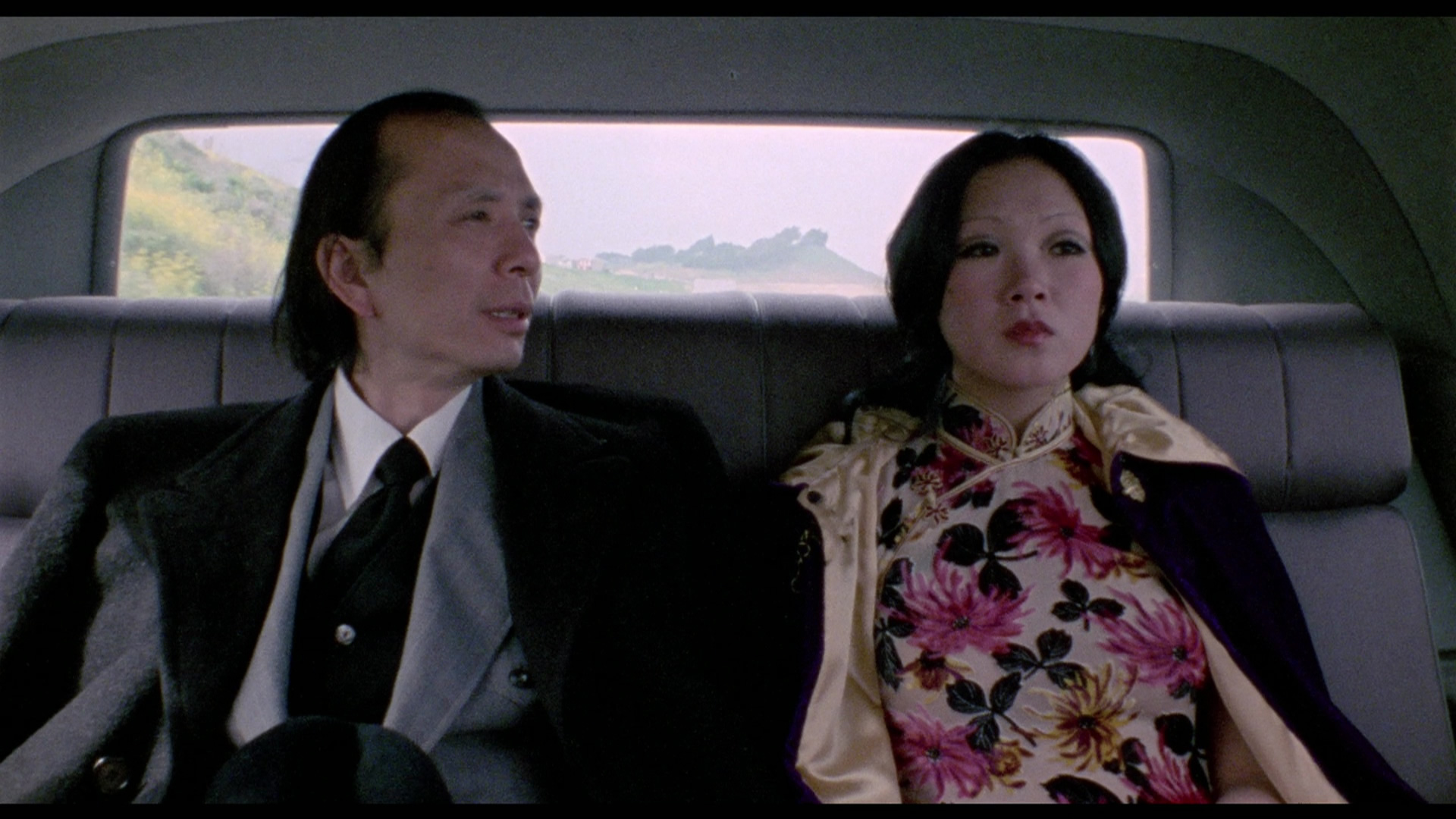 James Hong (under the name "James Young"), future star of Big Trouble in Little China and Blade Runner (not to mention a key voice in the Kung Fu Panda series), get top acting honors here (and gets to keep his clothes on) as Mr. Chan, the nefarious ruler of a West Coast crime organization known as Dragon. He's seen in the midst of human smuggling antics in the pre-credits scene (before the wild Magic Marker animated main titles) before returning back to San Fran from Amsterdam to put out some ads for new recruits. His diabolical plot: to swipe scientists to enslave the world through sexual brainwashing, all overseen by his alluringly villainous cohort, Madame Woo (Yen). At her home (which she populates with boa constrictors and girls in harem outfits), Madame Woo informs her newest business ally, Mr. Smythe (Ganapoler), about a key ingredient in the plot, a new form of acid that produces "permanent memory" and can yield a person's mind over to another. Federal agent David Chase (Douglass) is alarmed by the development of the formula and the disappearances of two relevant 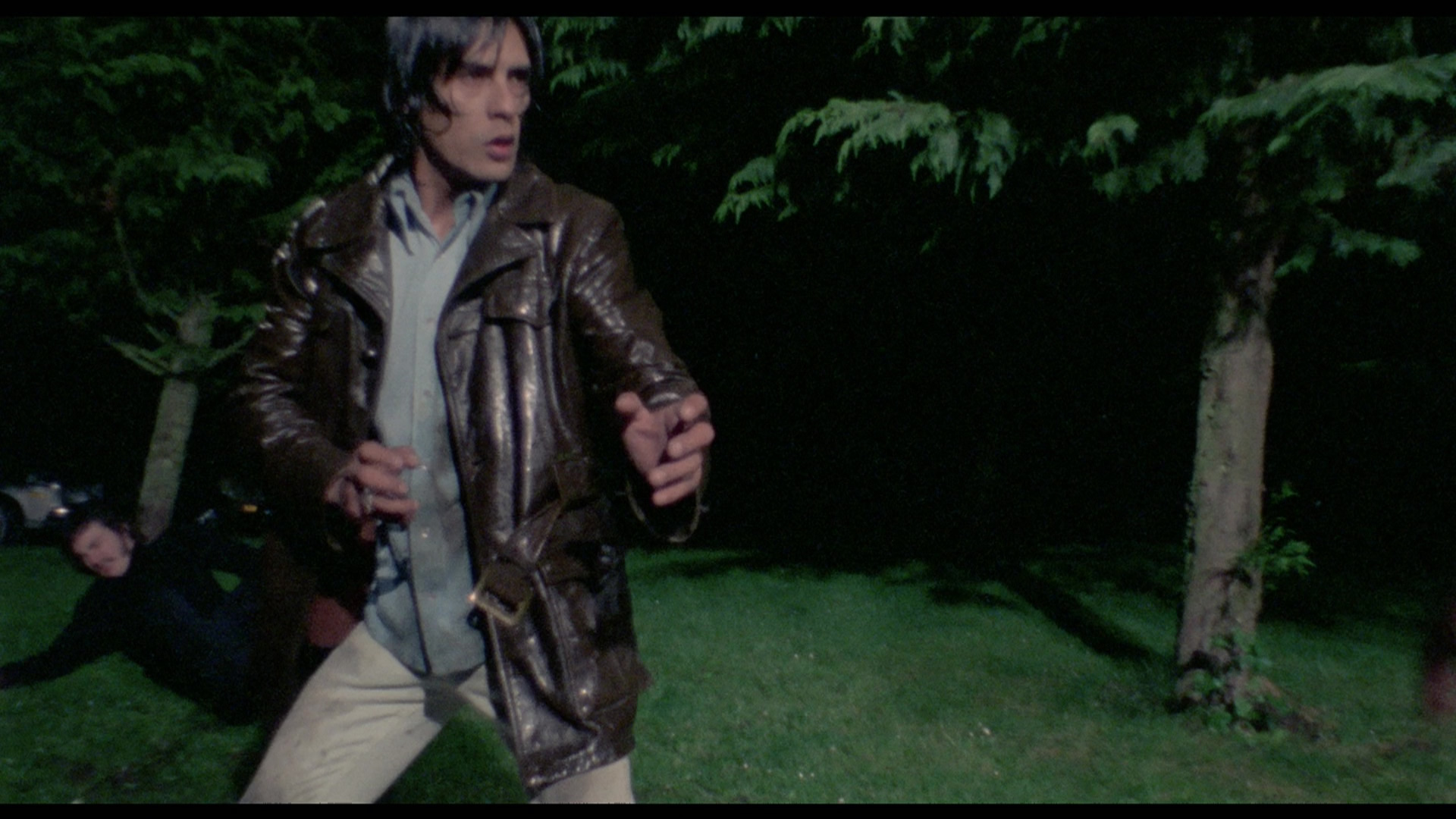 scientists, which means he now has to protect the prettiest biochemist involved, Teresa Hardgrave (a spectacle-wearing Haven), who's also a world-famous backgammon player for some reason, and her research partner, Dr. Olinsky (Vane). Of course it isn't long before Teresa and David are riffing on The Thomas Crown Affair over a backgammon board while Olinsky's targeted for abduction during a karate melee. Poor Olinsky is then tied down under observation and subjected to unspeakable sexual tortures involving a Chinese girl stripping in a nurse outfit and a threesome with a couple of Wu's nymphets. A trip to a Chinese restaurant soon puts Teresa in the clutches of the Dragon as well (thanks to Chang dressed up as a waiter), which sends David on a hunt to save her before she's completely turned over to the dark side of pleasure. 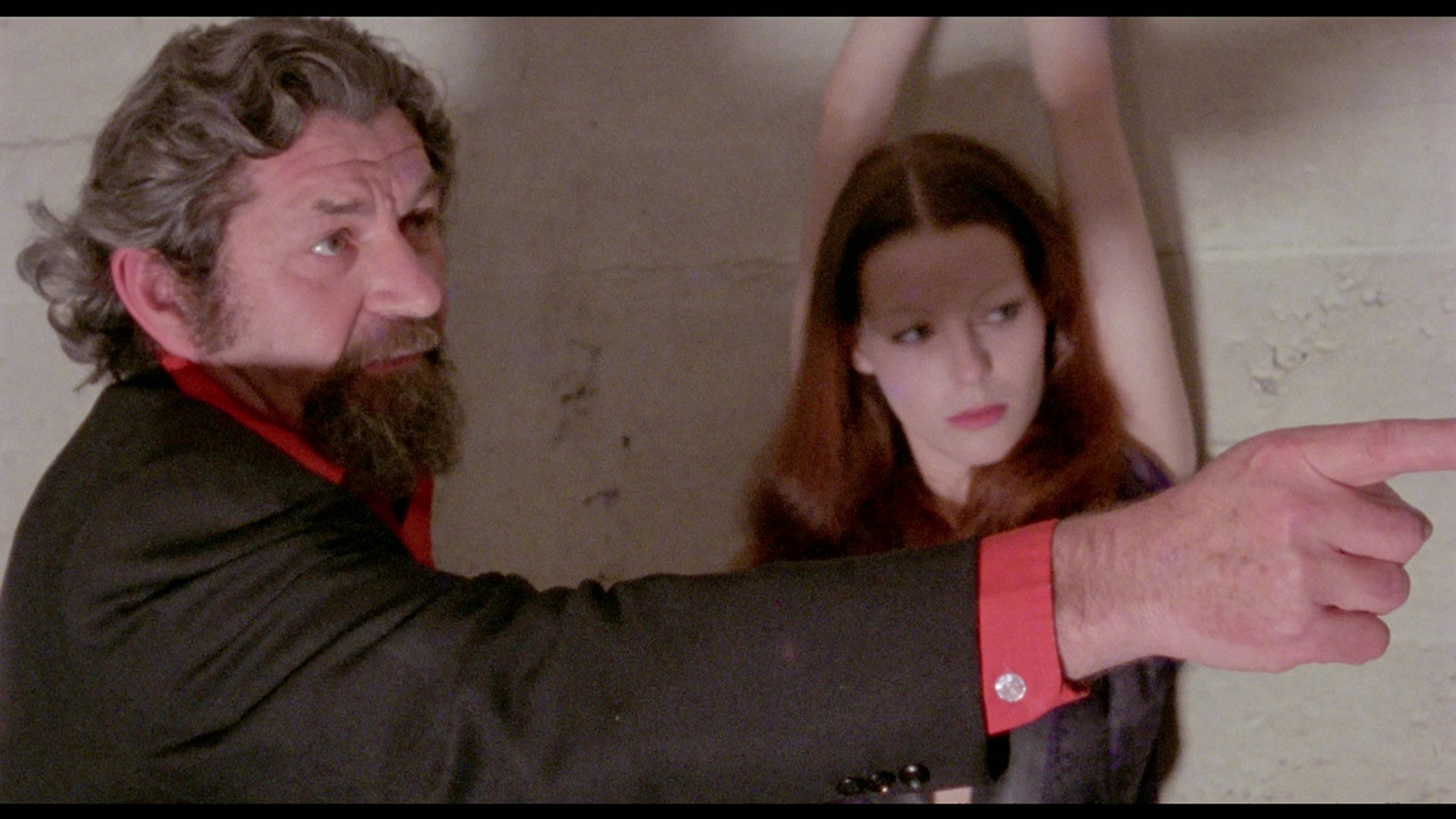 You have to admire the ambition of this film, which largely plays like an attempt by late Al Adamson pal, Doctor Dracula director, and Sheena producer Paul Aratow to make a respectable crime thriller within the confines of the adult industry at the time. The fact that a sex scene doesn't pop up until 20 minutes in (with only a couple more to follow after that in the middle of the film) would normally be a problem, but fortunately the actors seem to be enjoying themselves tremendously with more action and character beats to work with than usual. Haven in particular seems to be relishing the opportunity to play a brainy, self-confident woman who retains her sense of self throughout the film, and her enthusiasm 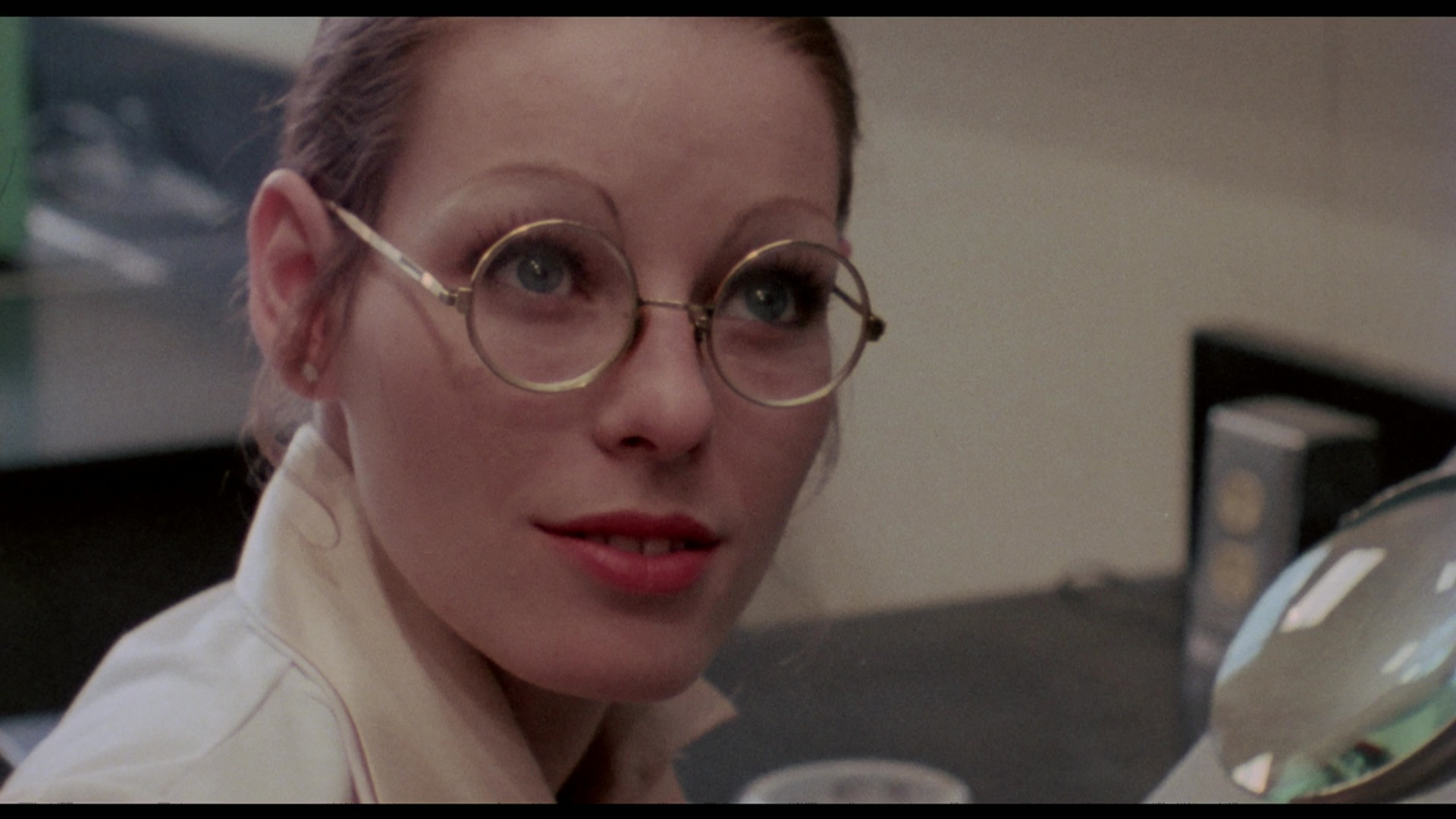 is infectious here with the proceedings closing on a particularly upbeat note. One-shot actor Douglass (who looks like he was at least partially body doubled for his one scene with Haven) is okay enough to make you wonder why he didn't get any other roles, but the supporting cast outdoes him including those guys doing an energetic (and, at the time, obligatory) martial arts scene.

Available on video over the years from a variety of labels like Essex and TVX, China Girl gets a welcome a/v overhaul from Vinegar Syndrome with a fresh HD scan of the original 16mm negative. It's up to their usual standards with gorgeous colors and fine detail, with the original elements apparently kept in prime condition over the years. The DTS-HD MA English mono track sounds excellent as well on the Blu-ray, with a DVD also available in the dual-format pack. Extras include the theatrical trailer (filled with alternate outtake shots) and, in a major coup, an audio interview with the elusive Haven (conducted by Kevin Heffernan), which is very lengthy and covers everything from her early days in films like Deep Tango through her affection for this role (playing off her real-life love of chemistry) and some memorable stories from the rest of her career, including one anecdote about having to comfort a male actor after an unexpected conclusion to a group sex scene.