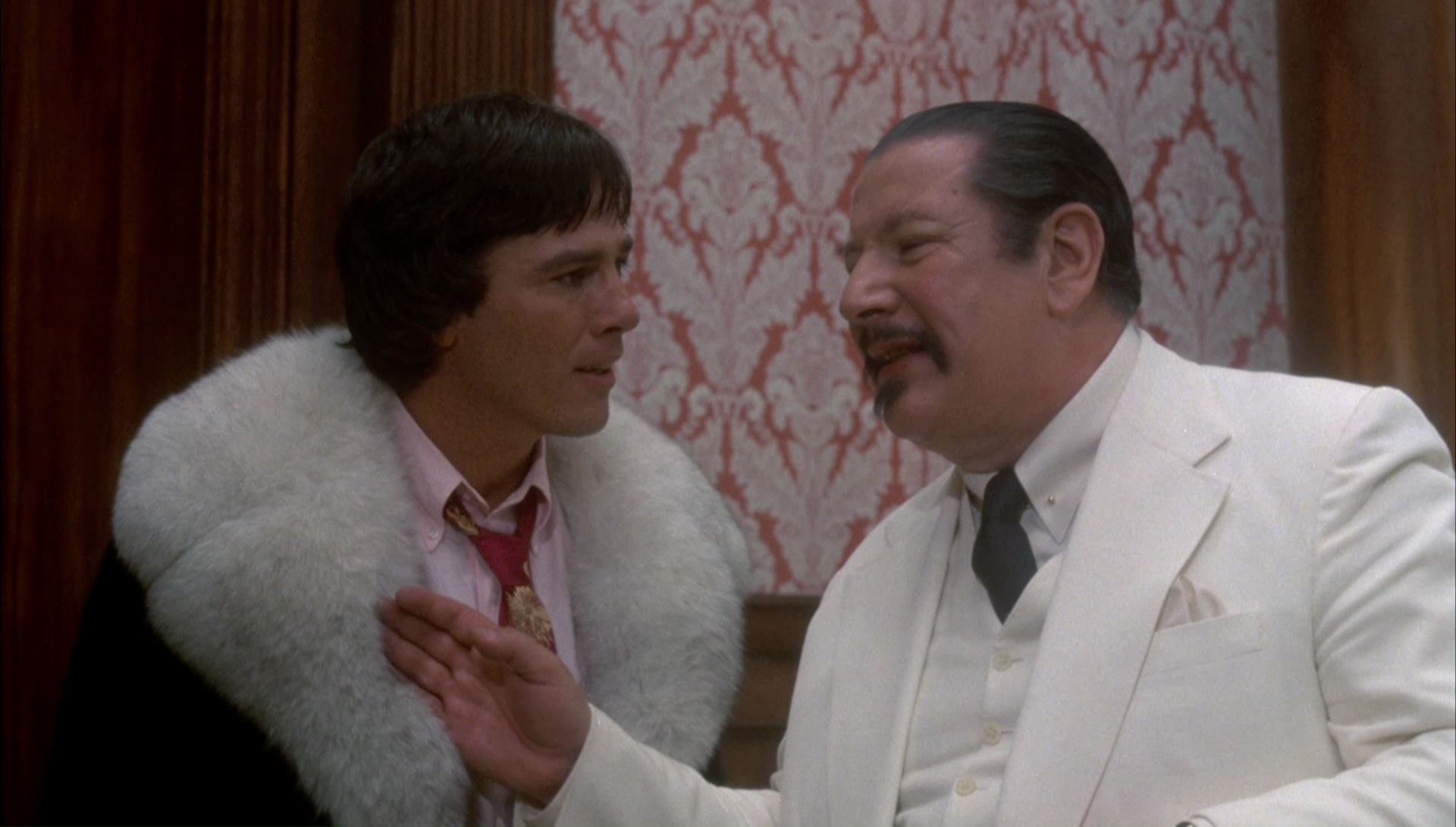 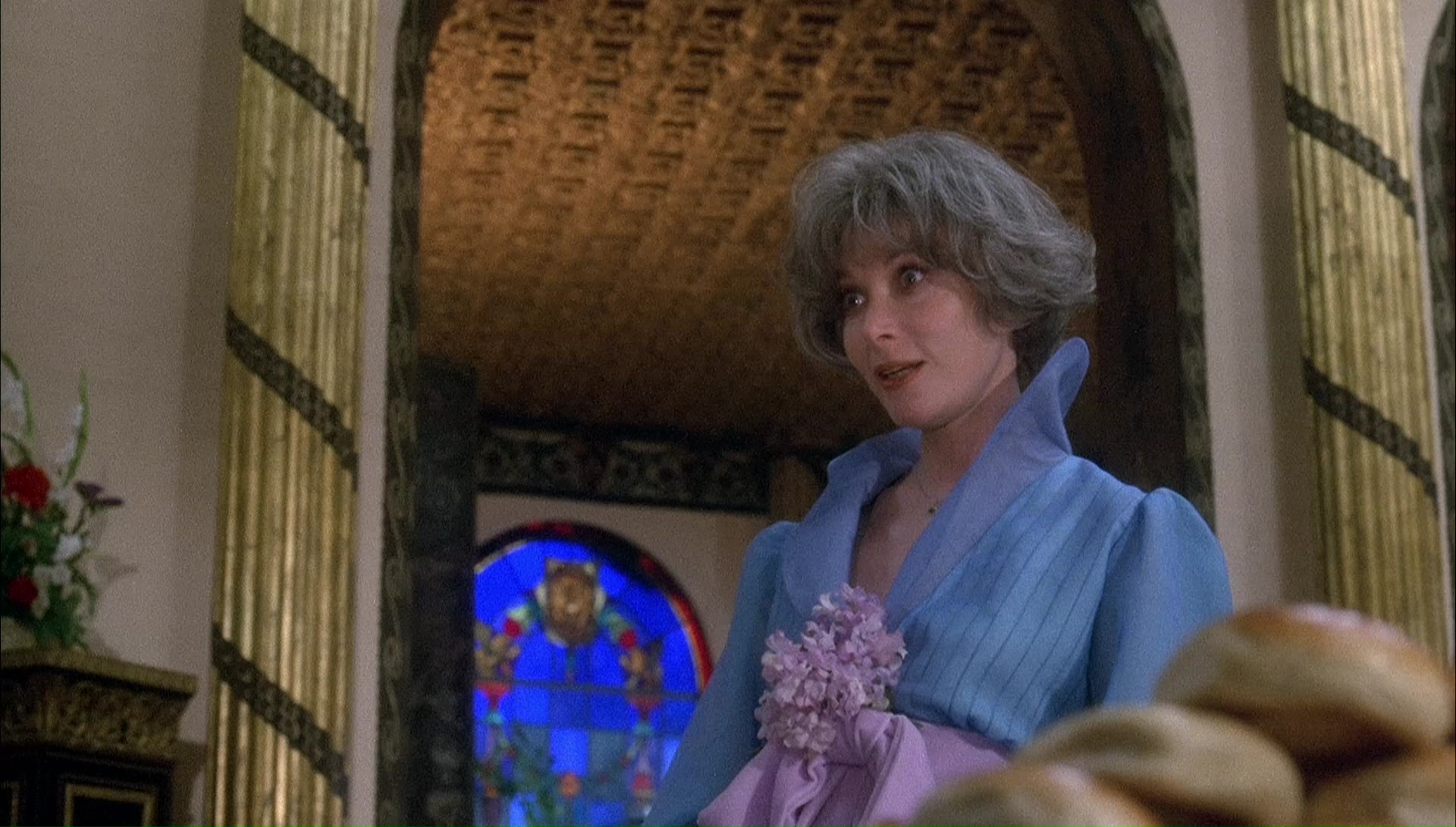 Long before public complaints temporarily plagued the televised airings of mysteries featuring the wildly popular Charlie Chan and racially sensitive casting became the norm, the famed sleuth created by Earl Derr Biggers was a regular staple of bookstores and TV guides throughout the '70s and '80s. That also made him a prime target for parody, with Peter Sellers playing a thinly disguised version of Chan in the all-star whodunit spoof, Murder by Death. Just as Sellers was starring in his final completed film as another contentious Asian literary figure in The Fiendish Plot of Fu Manchu, a feature-length Charlie Chan spoof was announced called Charlie Chan and the Dragon Lady. The expected public outcry erupted over the film's reinforcement of stereotypes, but when the actual film opened as Charlie Chan and the Curse of the Dragon Queen, few people raised eyebrows and it was quietly shuffled off to a long, active life on cable afternoon television for years.

Retired from detective work (and apparently a career as a movie star -- the world of this film is a little confusing), Charlie Chan (Ustinov) is called back into service when dark deeds are afoot in San Francisco. His bumbling grandson, Lee Chan, Jr. (Battlestar Galactica's Hatch), can't even cut a bagel despite his half-Jewish heritage including a doting grandmother (Grant), 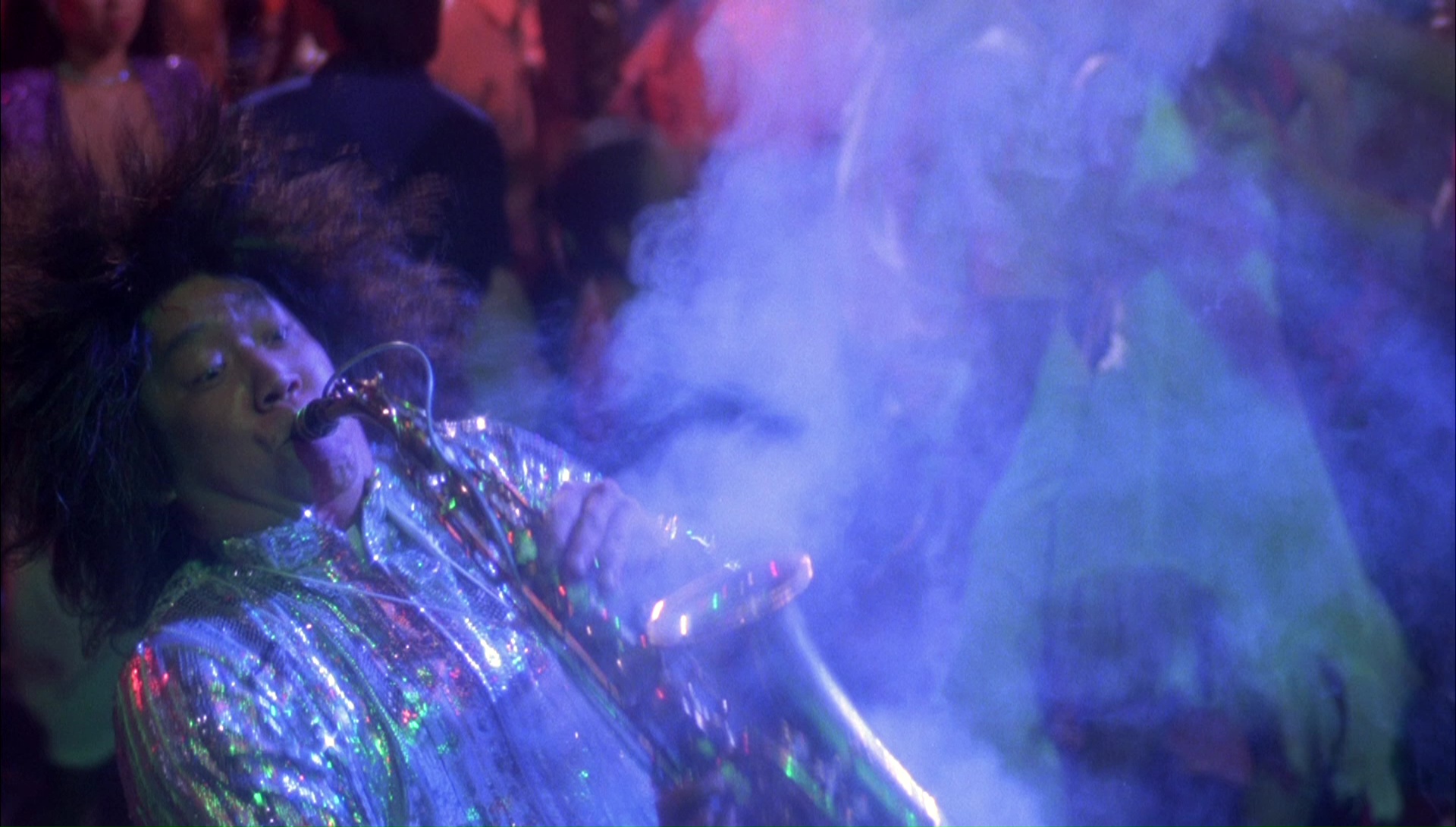 but he's won the heart of his cheerful fiancee, Cordelia (a pre-Grease 2 Pfeiffer). The baffling string of crimes dubbed "the bizarre murders" baffles the chief of police (Keith), with Chan's old adversary, the Dragon Queen (Dickinson), lurking around and seeming to be the most likely suspect. 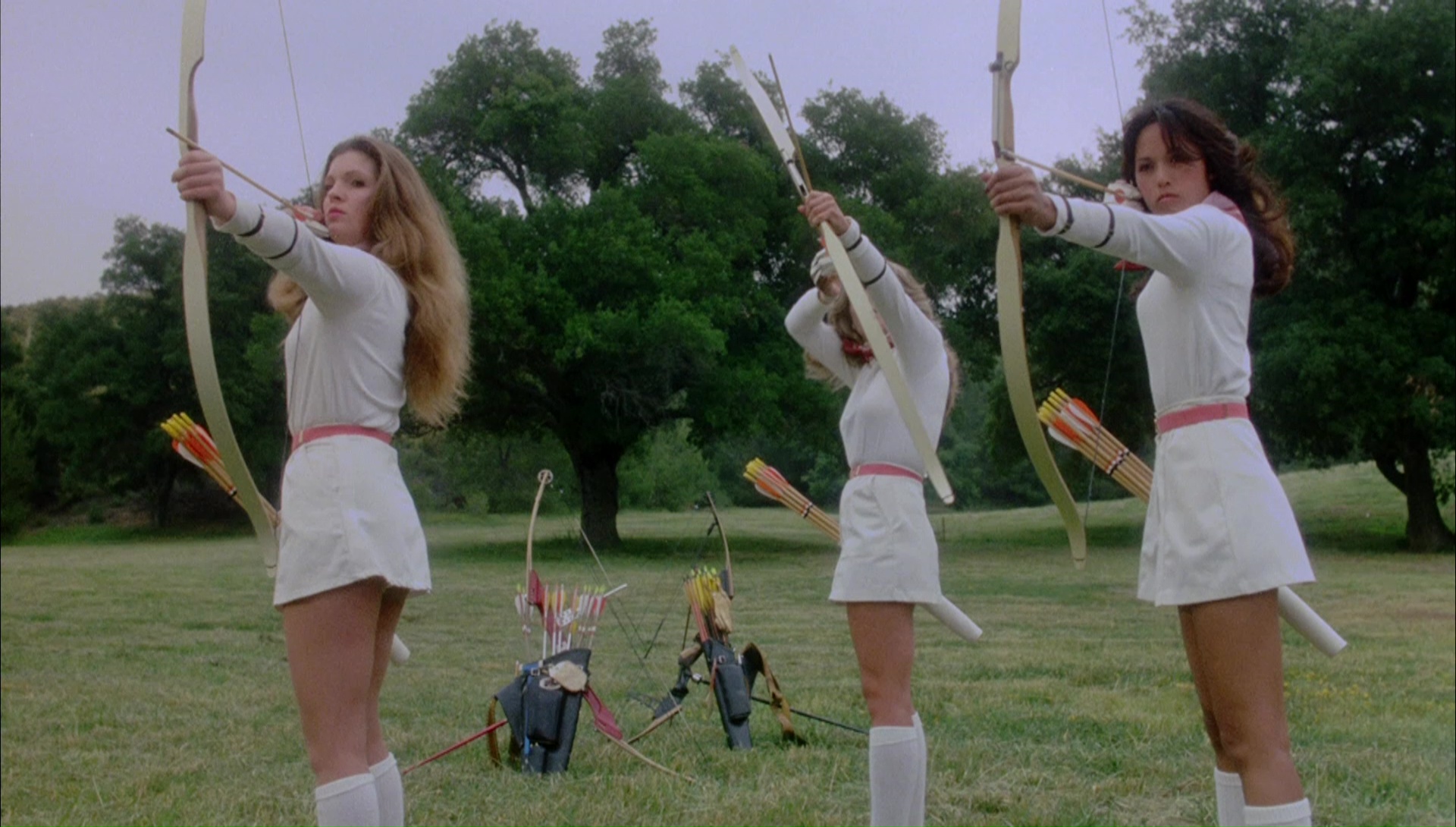 A minor but good-natured film designed to mainly appeal to '80s kids weaned on Mel Brooks movies, this film has a goofy innocence that defuses the potentially offensive nature of Chan with Ustinov (taking a temporary break from his recurring role as Agatha Christie's Hercule Poirot) managing to find a dignified amusement at the antics of the bizarre characters around him, including scenery-chewing bits by Roddy McDowall (as an ill-tempered butler in a wheelchair) and Rachel Roberts basically rehashing her role from Foul Play. Oddly enough, it's also a pretty engaging love story with Hatch and Pfeiffer making for a charismatic couple, and the nods to classic mysteries (including a cute bit in a movie theater during the climax) are ably handled by director Clive Donner, who was no stranger to silliness thanks to What's New Pussycat, Here We Go Round the Mulberry Bush, Old Dracula, and The Nude Bomb. Plus it has a great scene in a disco, which was apparently a requirement for any American comedy made between 1978 and 1981.

Produced by Jerry Sherlock for 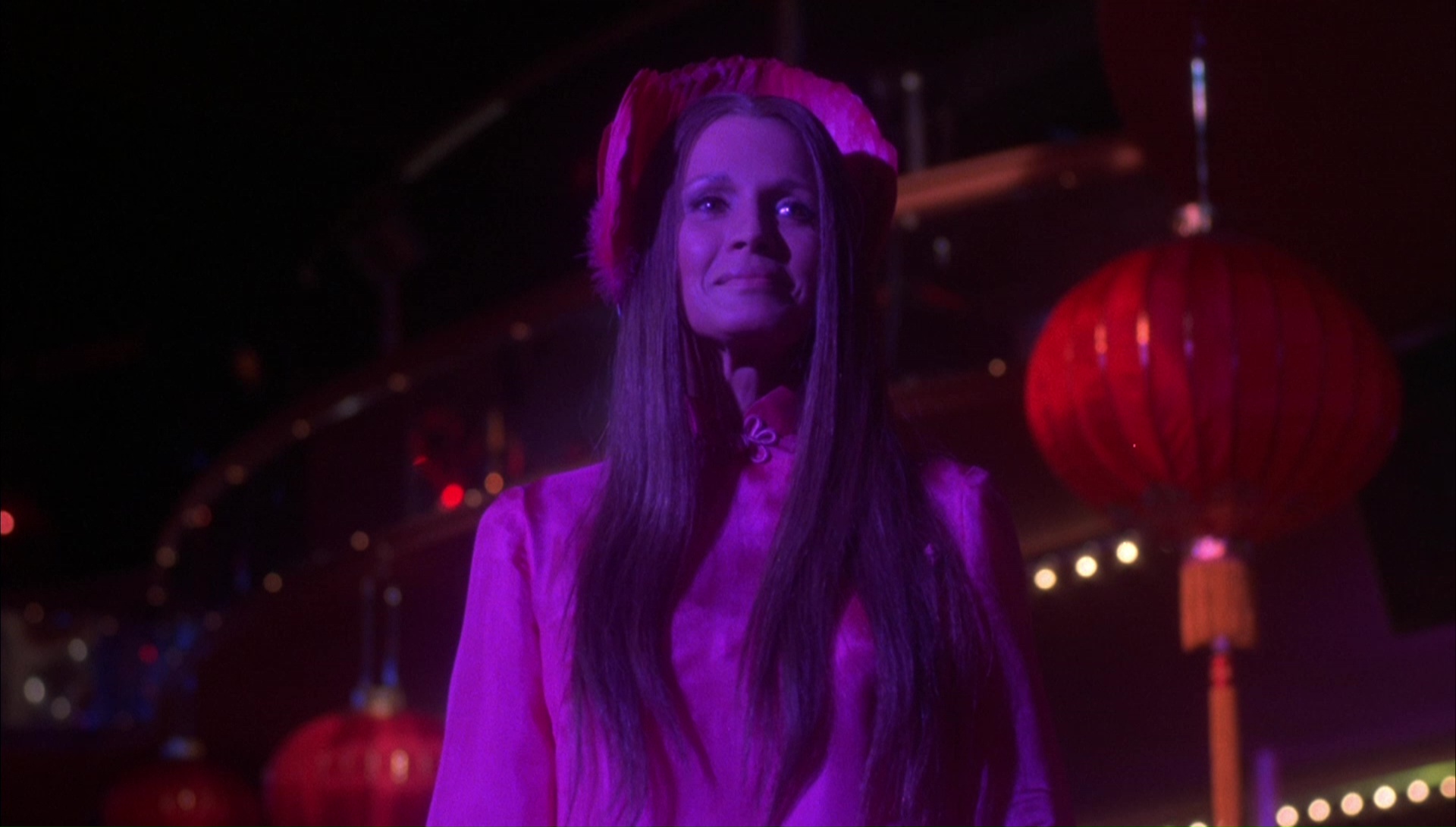 American Cinema Productions (who also gave you The Octagon and A Force of One), Charlie Chan and the Curse of the Dragon Queen first appeared on home video on 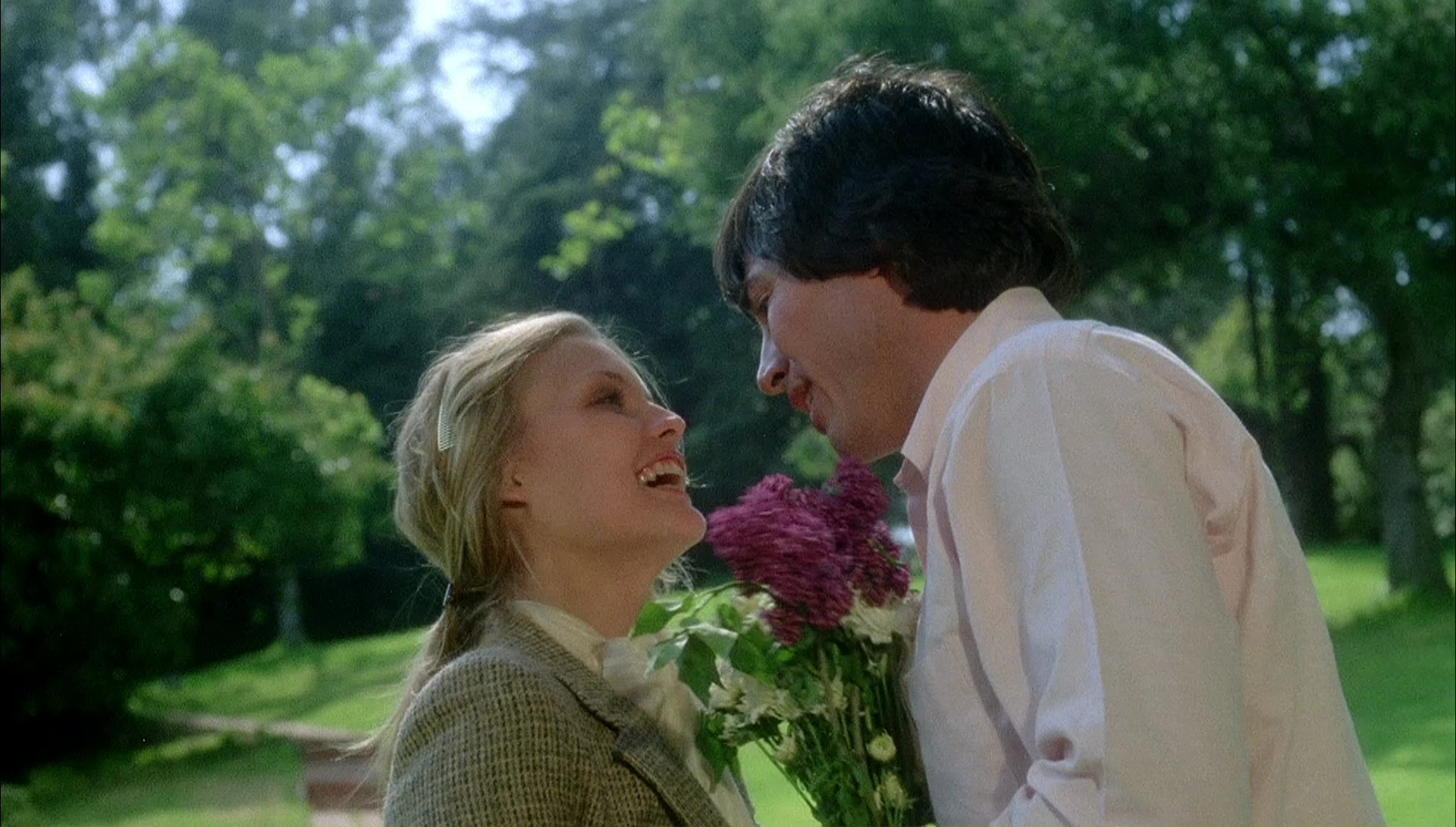 VHS from Media Home Entertainment amd then disappeared for nearly three decades. A mediocre full frame DVD turned up from Trinity, and somehow MGM ended up with the negative and commissioned a new HD transfer that bowed on Blu-ray from Koch Media in Germany in 2014. That release features an entire second bonus feature in SD, Charlie Chan in London with Warner Oland (in German only, oddly enough), and the theatrical trailer.

The film finally got its first respectable home video release in its native country from Scorpion Releasing as a Blu-ray in 2016, looking pretty fresh and way more vibrant than anyone might have expected from its early days on HBO. The 1.78:1 framing looks fine, colors really pop, and detail is fine considering the film relies heavily on stylized lighting and diffusion with a fine texture of grit visible at times. Quality wise it's identical to the German release and clearly from the same master except that one was matted off to 1.85:1. The DTS-HD MA English mono track sounds perfectly fine, giving good support to the bouncy score by Patrick Williams (Cuba). Extras include a pair of TV spots (no trailer) and a 21-minute making-of featurette from the old Trinity DVD with Hatch, Williams, and the usual American Cinema Productions gang from its other featurettes discussing how the film came together and lucked out by scoring two-time Oscar winner Ustinov as its lead.