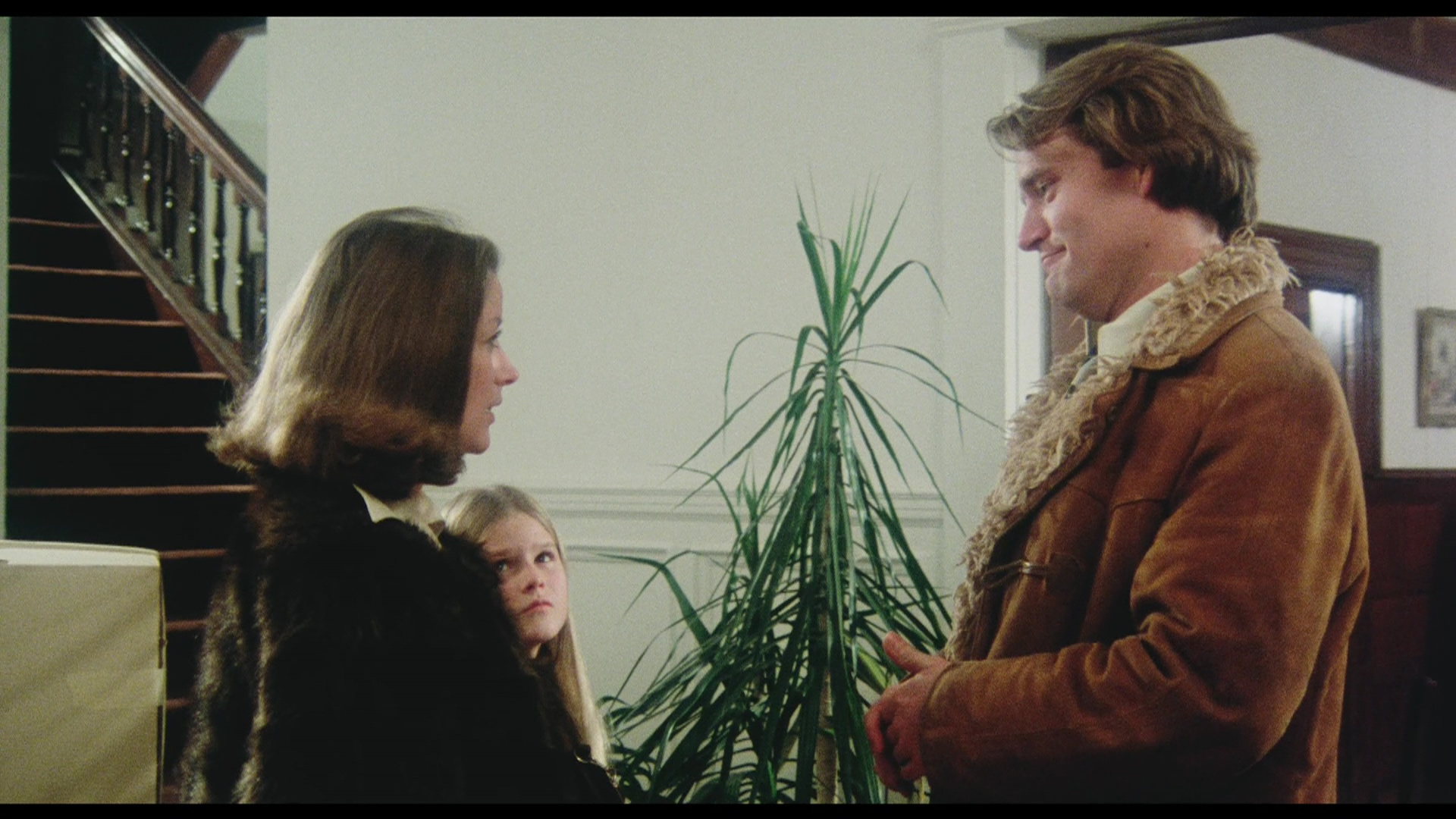 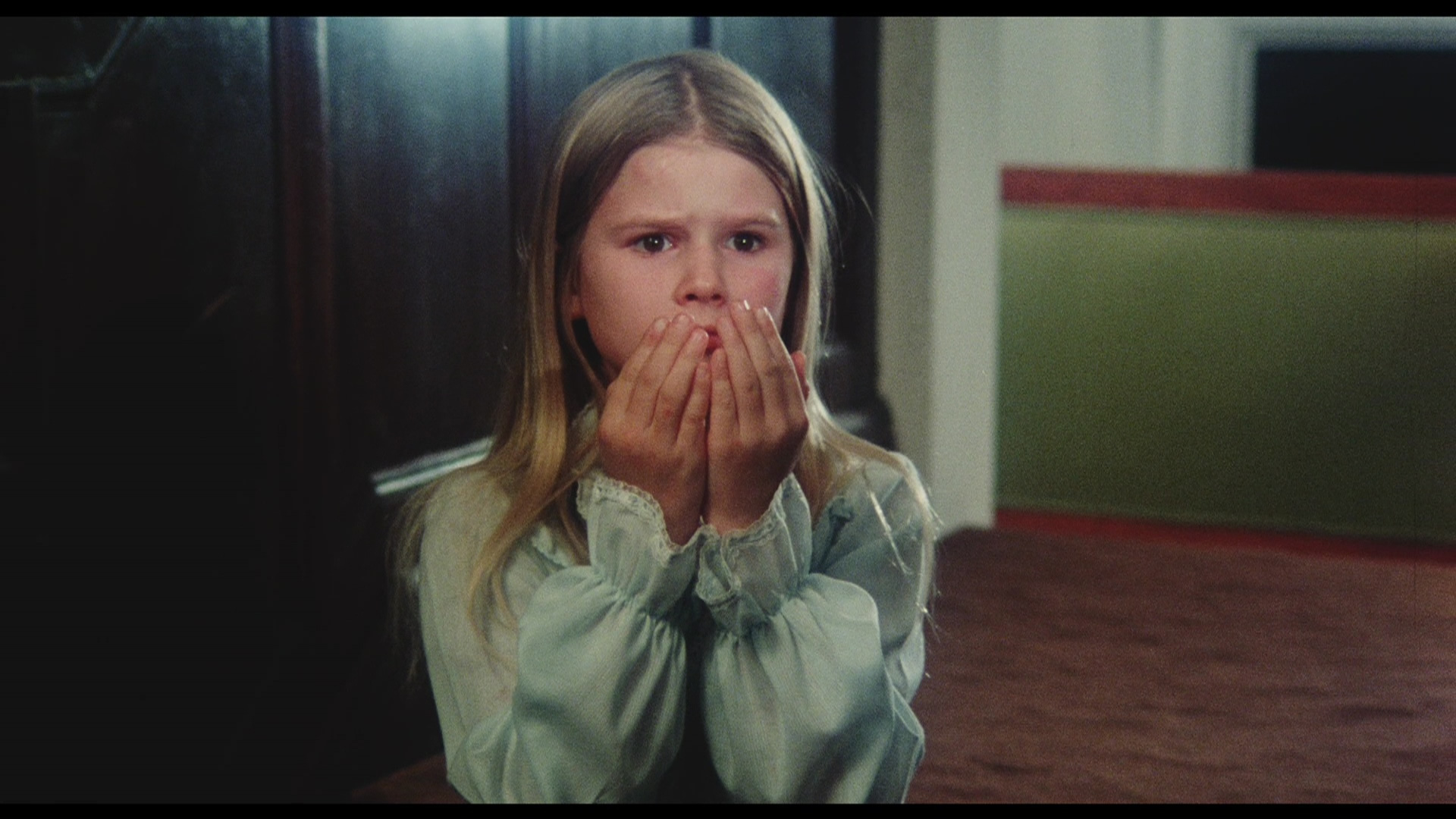 Largely ignored on its release in a string of double and triple bills in the '70s, this utterly bizarre French-Canadian production (originally shot as Cauchermars, or "Nightmares") has since become an unlikely cult item, first through tantalizing write ups in influential '80s horror tomes like The Psychotronic Encyclopedia of Film and then through its wide availability in a number of public domain horror sets on DVD, not to mention the championing of sites like Kindertrauma. Seemingly operating a plane of existence and basic logic far removed from our own, Cathy's Curse remains one of the craziest entries in the decade's run of sinister kid movies (see also: The Omen, The Night Child, Devil Times Five, etc.) and one that actually rewards repeated viewings once you've fallen under its crackpot spell.

When construction overseer George Gimble (Scarfe) decides to move his family back into the family home where he grew up, trouble starts brewing immediately. His teary-eyed wife, Beverly (Murray), isn't happy about the situation and its influence on their daughter, Cathy (Allen), a pretty blonde in overalls who teaches her new young buddies at school to say charming things like "All women are bitches." Soon Cathy's acting even weirder as she mouths off to grown ups and develops the ability to blow 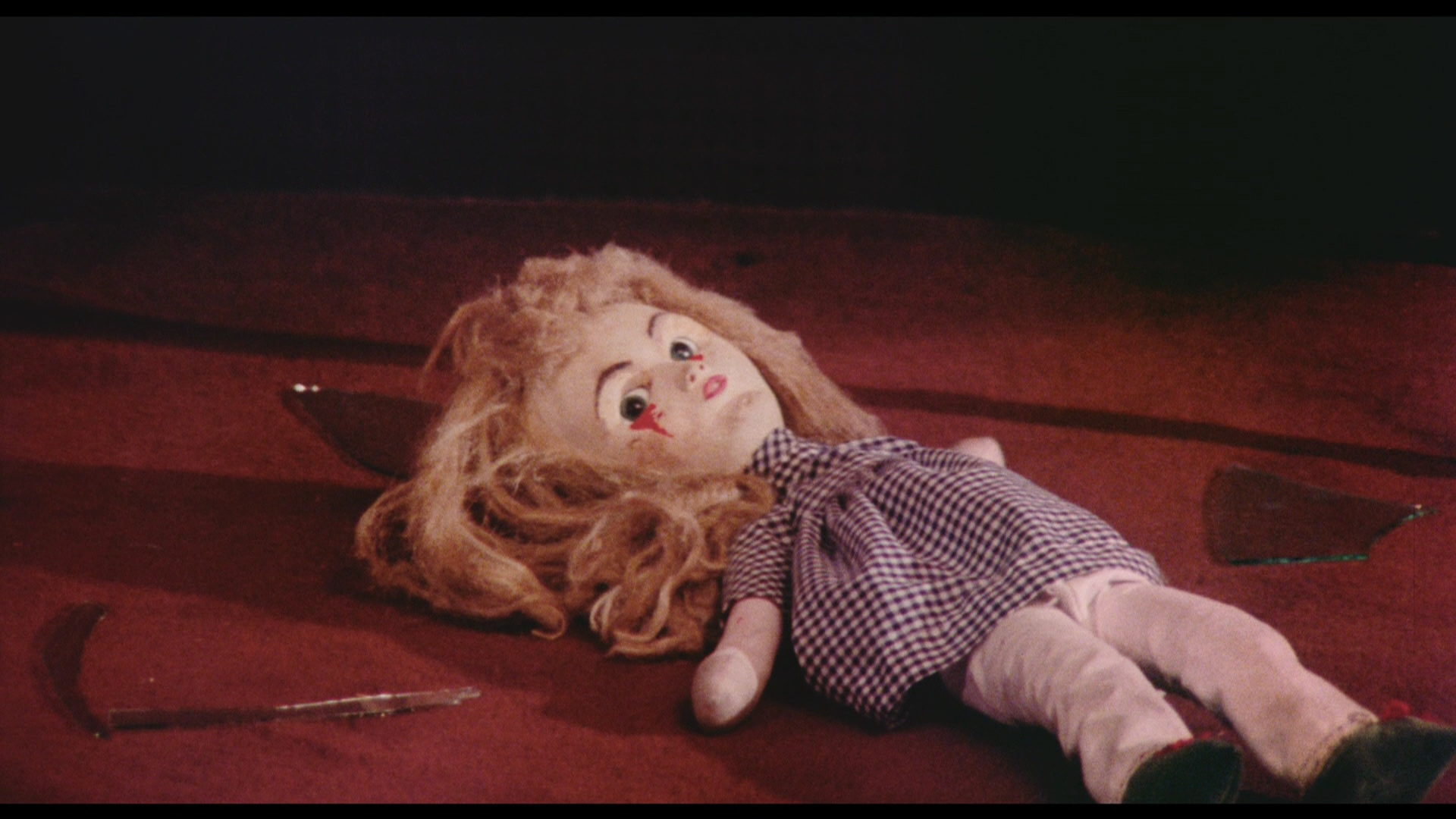 up dishes and statues with a simple stare. 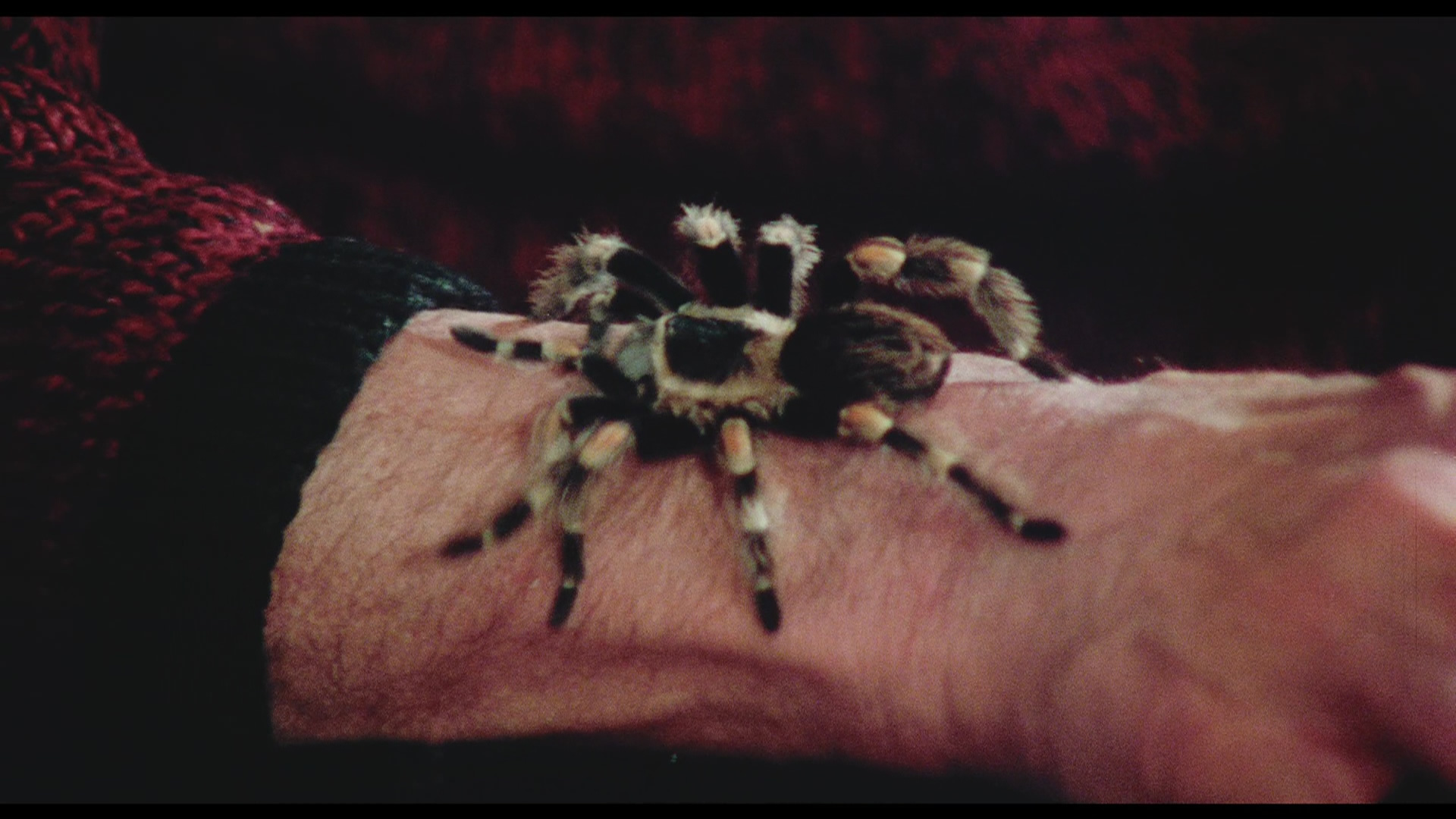 No one reacts to Cathy's abilities in a normal fashion, even when she spends an inordinate amount of time with a rag doll that flies across the room and commands her to kill. Cathy's presence triggers tension between the other locals including verbally abusive alcoholic groundskeeper Paul (Witham), his pet Doberman, and the neighborhood medium (Morter), all of whom set off Cathy's temper in one way or another. Turns out it's all tied to someone from Cathy's family tree who perished in a car accident (shown in the fiery opening sequence) and doesn't want to let things go for some reason. Pounding piano music escalates as Cathy stares a lot, causes foods to become infested with maggots and milk to turn to blood, and sics rats, tarantulas, and snakes on her enemies while sometimes disappearing and reappearing whenever she likes. Can anyone stop Cathy's arbitrary rampage of terror and save her from this supernatural corruption?

Filled with charmingly low-rent special effects and some of the most unintentionally amusing profanity of the '70s, Cathy's Curse is a truly special film if you're in the right mood. Almost a work of pure surrealism in its refusal to adhere to any kind of rational character development or plotting, it's a dizzy cash-in on seemingly every supernatural hit from the past five years thrown into a blender with no discernible rhyme or reason. As a result, it's kind of brilliant.

Against the odds, Cathy's Curse finally got the special edition treatment it's always deserved from the heroic folks at Severin Films, who have blessed us with separate Blu-ray and DVD editions with 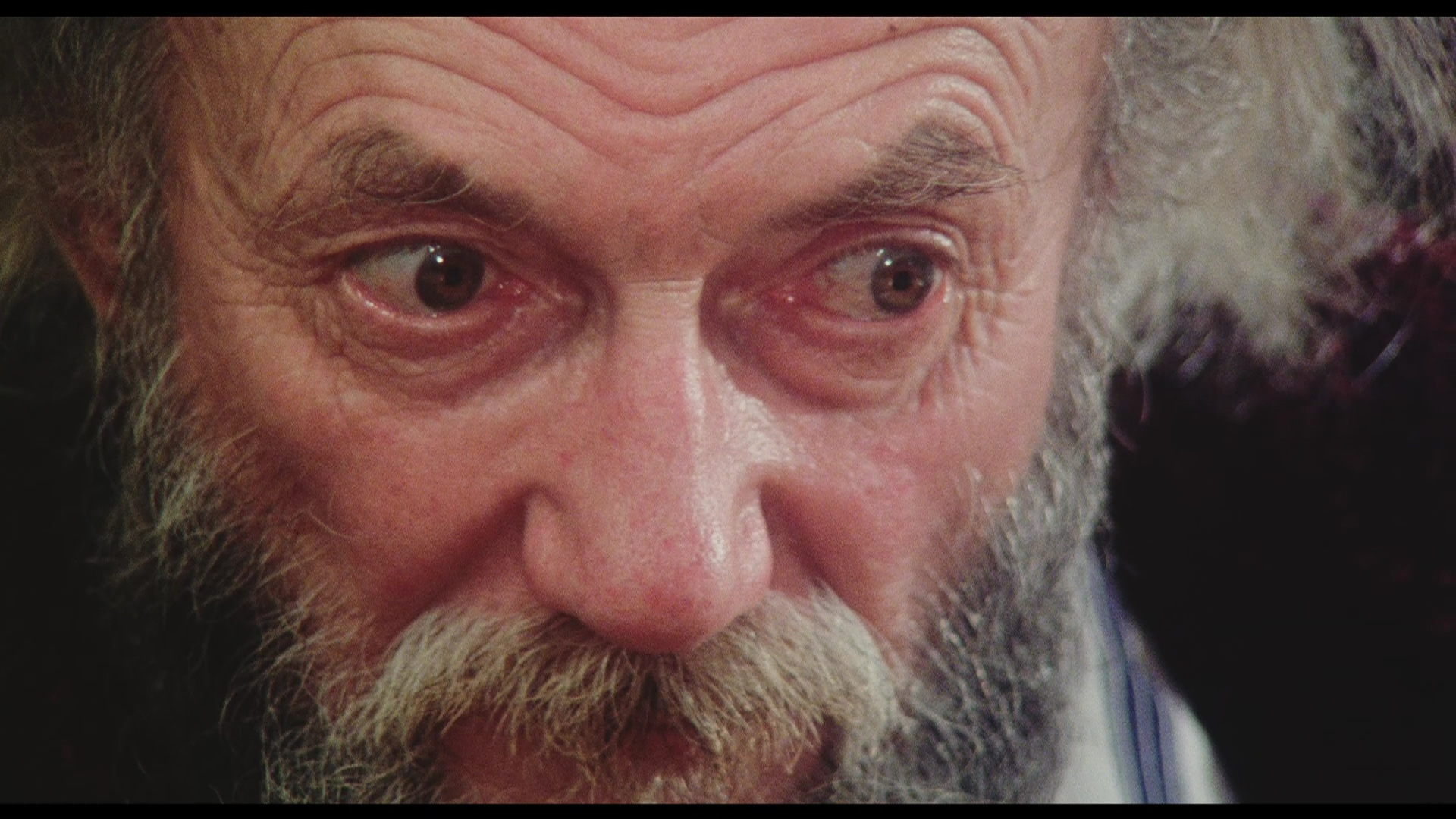 a number of bundles featuring various swag items available as 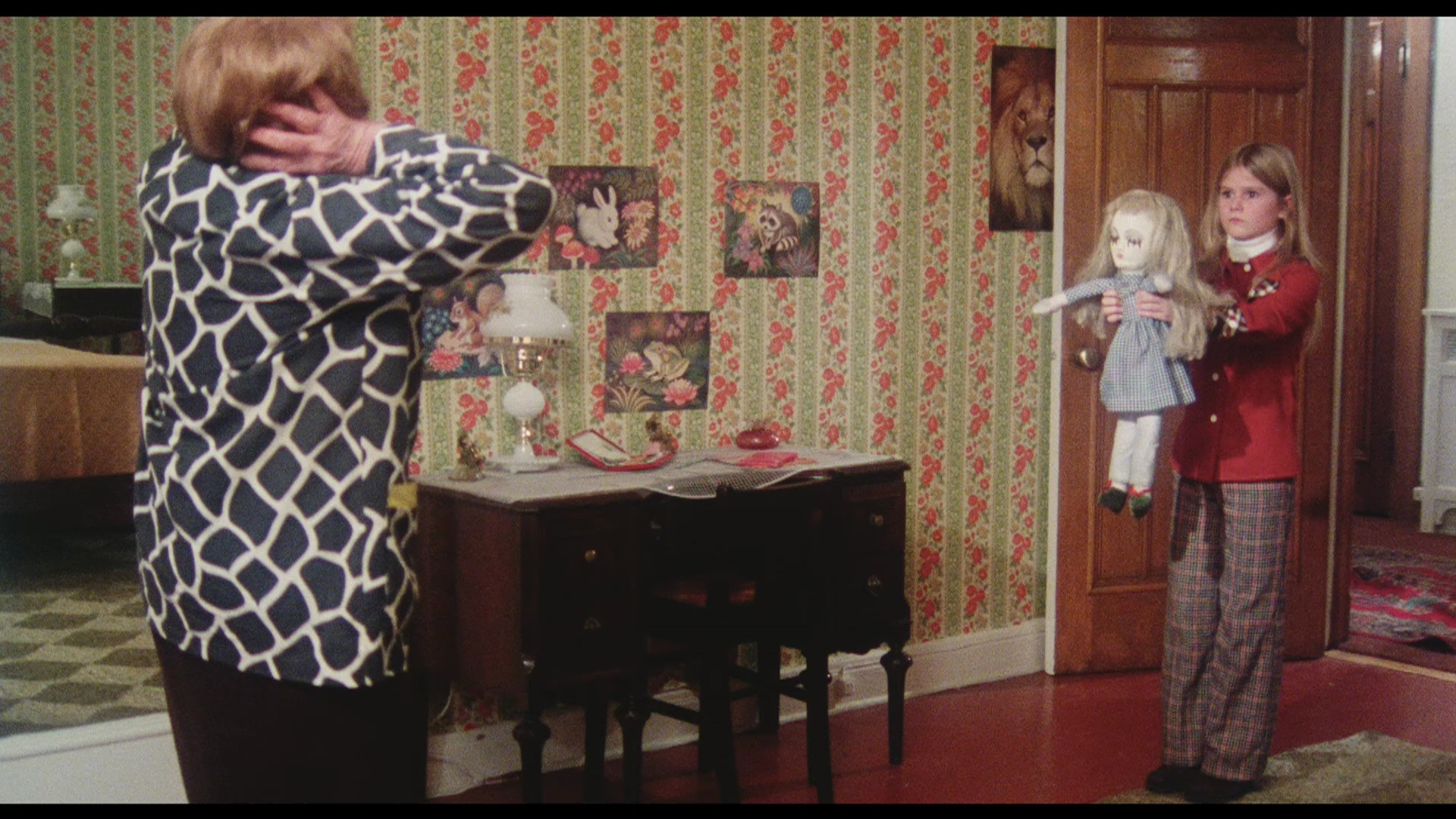 well. The film is presented in two cuts, the familiar 82-minute U.S. cut released in 1980 by 21st Century and the longer 90-minute original director's cut shown in Canada and some areas of Europe. The extra footage is all exposition mainly confined to the first third of the film, elaborating on some of the introductions and backstory while reducing a little bit of the film's beloved incoherence. Worth noting is the fact that the superfluous text card that appears at the beginning of the U.S. version was never in the original cut. It's great to have both options since many may still prefer the random insanity of the U.S. cut; try both and see which one you lie. Image quality is identical on both and will be a major shock to anyone who's ever suffered through those miserable, heavily cropped DVD copies sourced from washed-out, murky VHS masters; it looks beautiful here with vibrant colors, natural film grain, and aesthetically pleasing framing that now puts it light years away from the visual eyesore we've come to know over the years. The DTS-HD MA English mono audio sounds excellent as well, with optional English subtitles provided.

The U.S. cut also features a new audio commentary by BirthMoviesDeath critic Brian Collins and filmmaker Simon Barrett (V/H/S/2), who knock back a few as they offer an enthusiastic fan track with 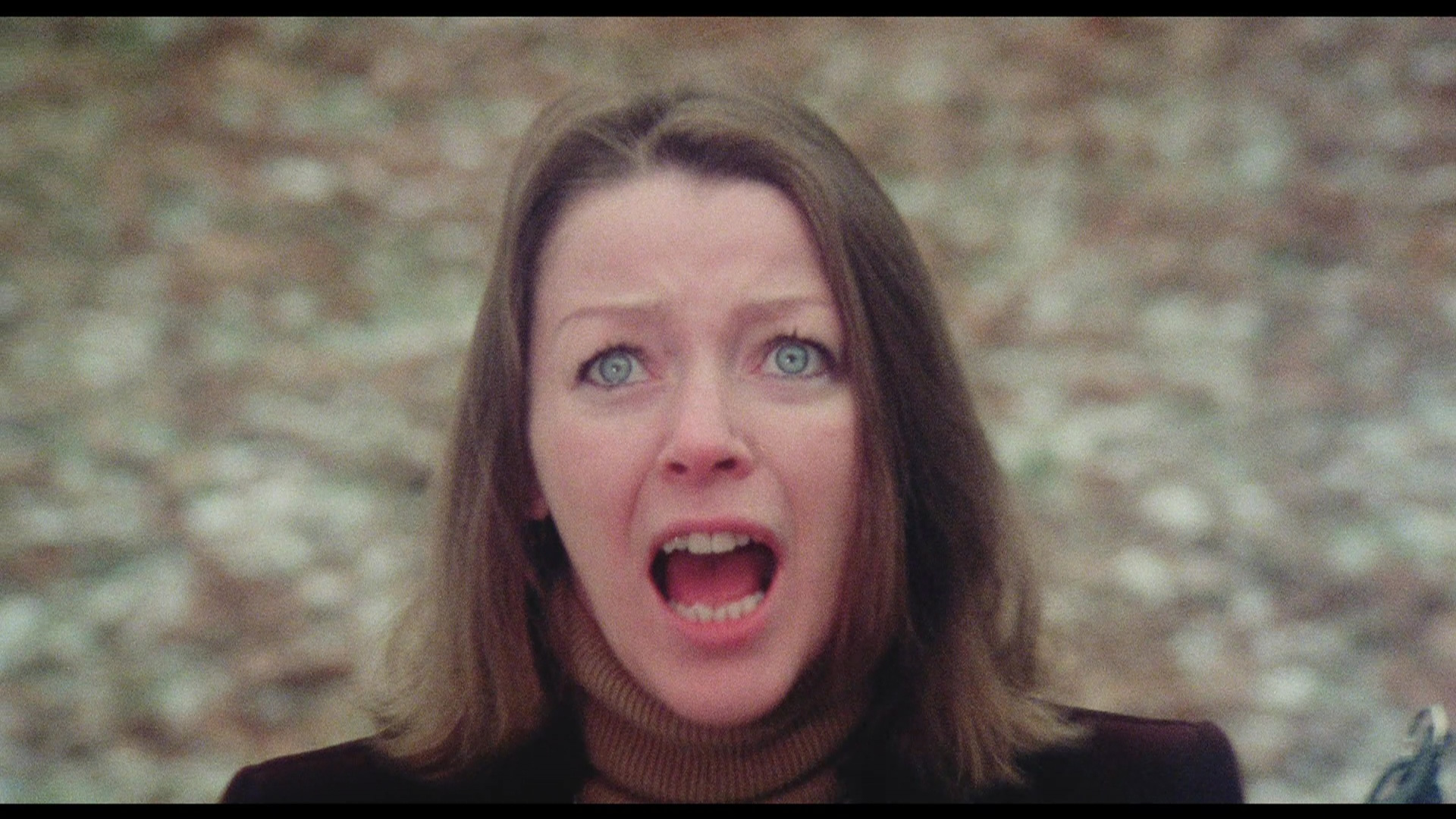 Barrett covering how he reconstructed the U.S. version's opening title card and other elements and both men chatting about the various elements about the film they've grown to love over multiple viewings. It's not the place to go if 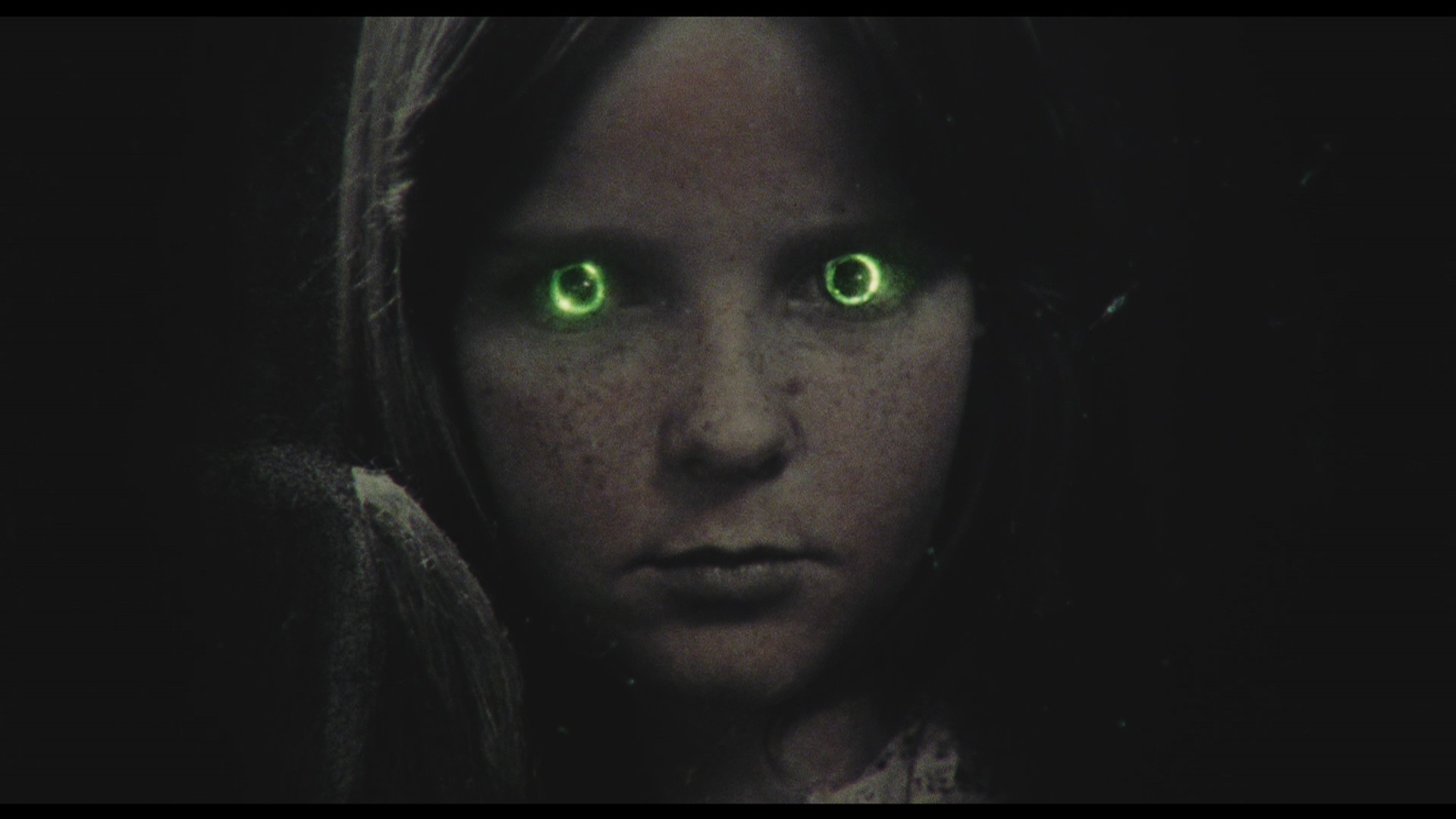 you're looking for tons of trivia or scholarly info, but as far as fan tracks go with a thorough breakdown of the two versions, it's quite solid. The 20-minute " Tricks And Treats" features an interview with very cheerful director Eddy Matalon (who also helmed the enjoyable Blackout a year later) speaking in French (and a bit of English) about shooting in Montreal, his attraction to English-language films, the film's status as an official French production, the threadbare "special effects" (including a fishing rod for the evil doll), the animal wrangling of snakes and spiders, and lots more. In the 12-minute "Cathy & Mum," Randi Allen and her mother, costume designer Joyce Allen, chat about their memories of the film (astonishingly, they didn't see a script until the first day of filming!) including a showcase of some rare clippings and scrapbook elements from the film's production and release. Collins returns for a rough quality 4-minute intro to a screening of the film at the American Cinematheque in Hollywood, also featuring Cinematic Void's James Branscome and the Cinematheque's Grant Moninger (in a dress, terrifyingly enough). The 21st Century trailer is also included, with what appears to be shots from the restored transfer composited in apart from the dupey title cards. You know you need ths.