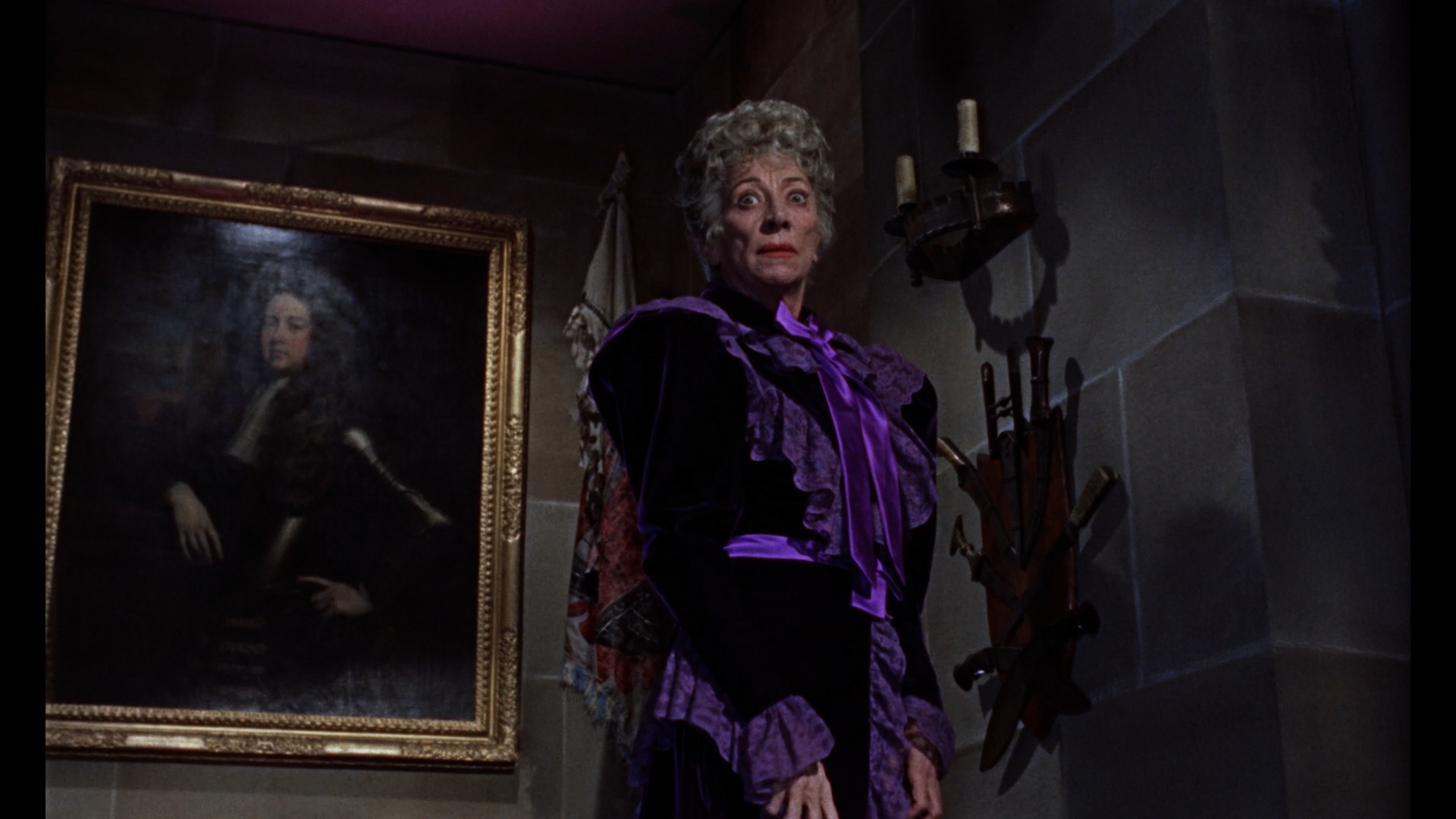 three big hits in a row near 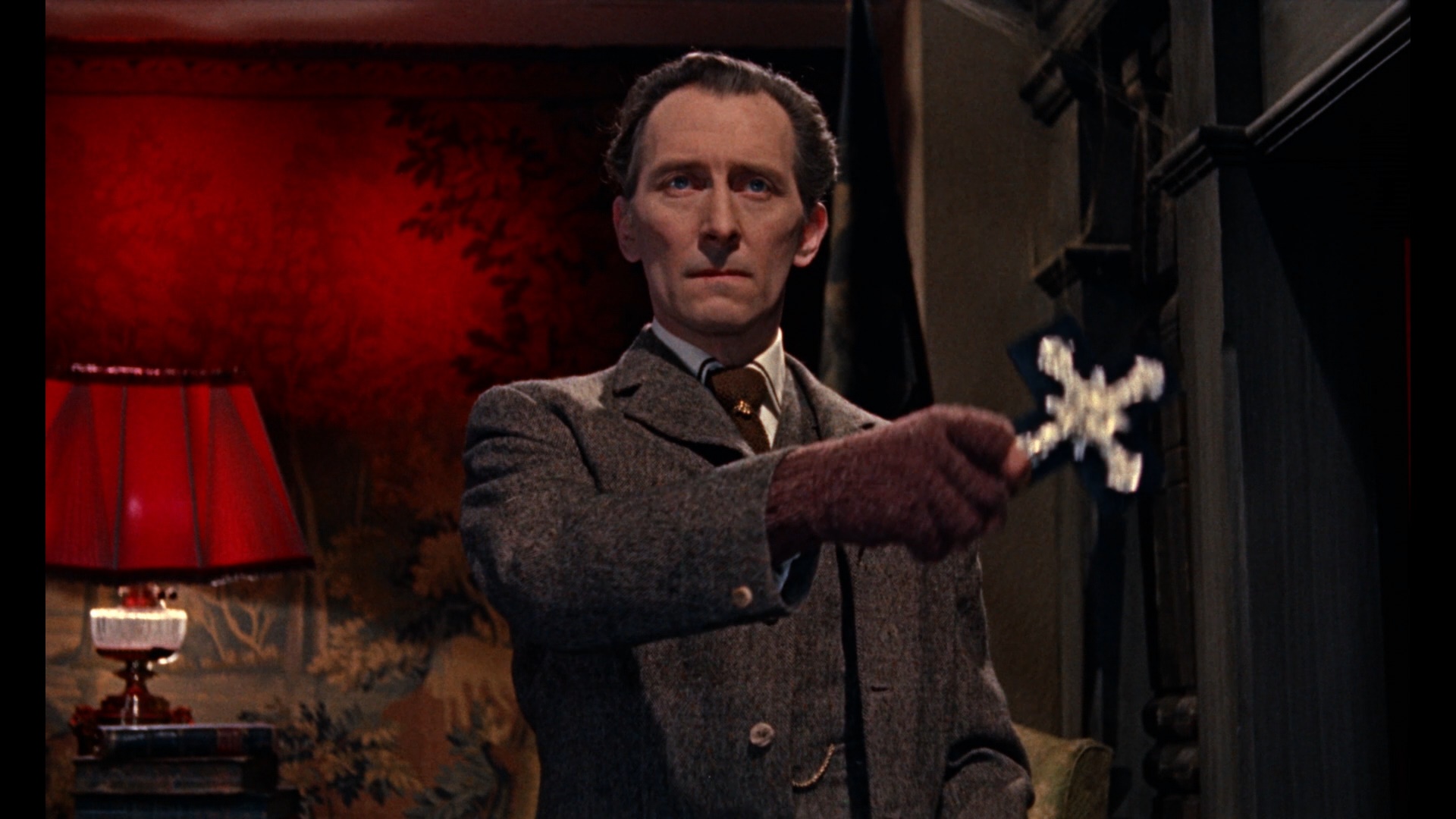 the end of the 1950s with The Curse of Frankenstein, Horror of Dracula, and The Mummy, all starring Peter Cushing and Christopher Lee, Hammer Film Productions was eager to keep the public enthralled with more monster adventures featuring its flagship creatures. As with 1958's The Revenge of Frankenstein, Lee was refraining from playing monsters for a while at the studio and necessitated creative ways to continue the story with Cushing in the lead. It's a testament to everyone involved including returning director Terence Fisher that the sequel turned out to be another masterpiece, cleverly using fragments of a Jimmy Sangster script, Disciple of Dracula, to bring back Van Helsing fighting vampires in the wake of the events from the prior film.

While traveling to her new position teaching French at a school for girls, Marianne (Monlaur) ends up stranded at night at an inn where she's taken in to stay at the nearby aristocratic home of the personable but feared Baroness Meinster (Hunt). Upon arrival, Marianne encounters two other residents, both of them quite mysterious: the Baroness' son (Peel), who's kept shackled by a foot within his room, and the sinister servant Greta (Jackson). The imprisoned son talks Marianne into pilfering the key that will set him free, but instead she unleashes a nightmare on the land that haunts her all the way to her new position at the school. Enter Van Helsing (Cushing), who escorts Marianne to her position and confronts a new vampiric threat in the form of the Baron, Greta, and a new roster of potential victims within the walls of the school.

A gorgeous production in every respect, The Brides of Dracula finds cinematographer Jack Asher summoning an eye-popping array of memorable visuals with careful, vibrant lighting and composition that frequently evoke the feeling of a fairy tale, an approach that would carry on in films like The Gorgon and Dracula Has Risen from the Grave. In his first and only leading role, actor David Peel (who retired after one more film the same year), essentially the George Lazenby of the Dracula series, is a much chattier main vampire here with a romantic and perverse disposition that sets him apart from Lee's primal ferocity. 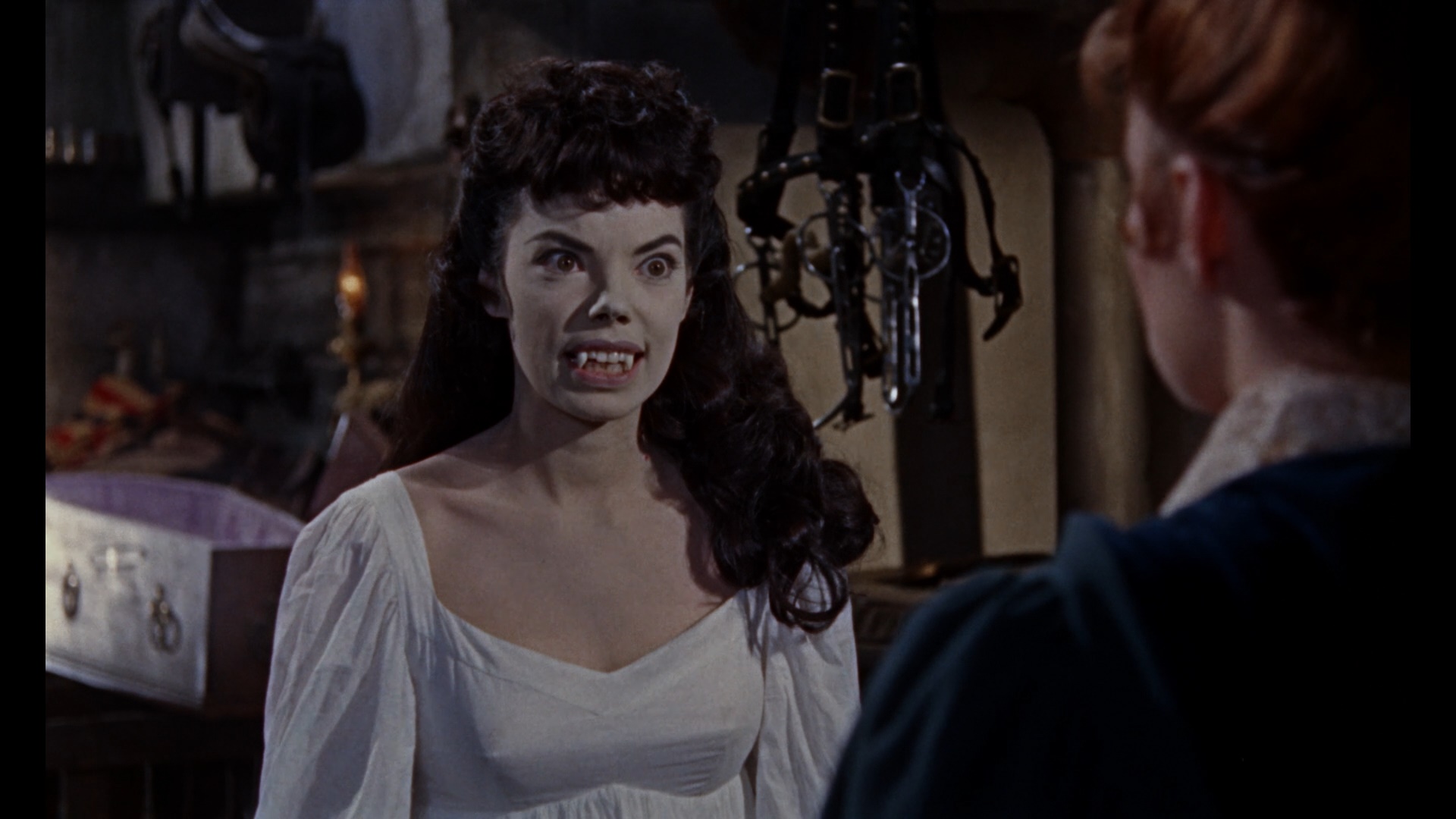 However, this is really Cushing's show once the star appears at the half-hour mark and dominates the film through a 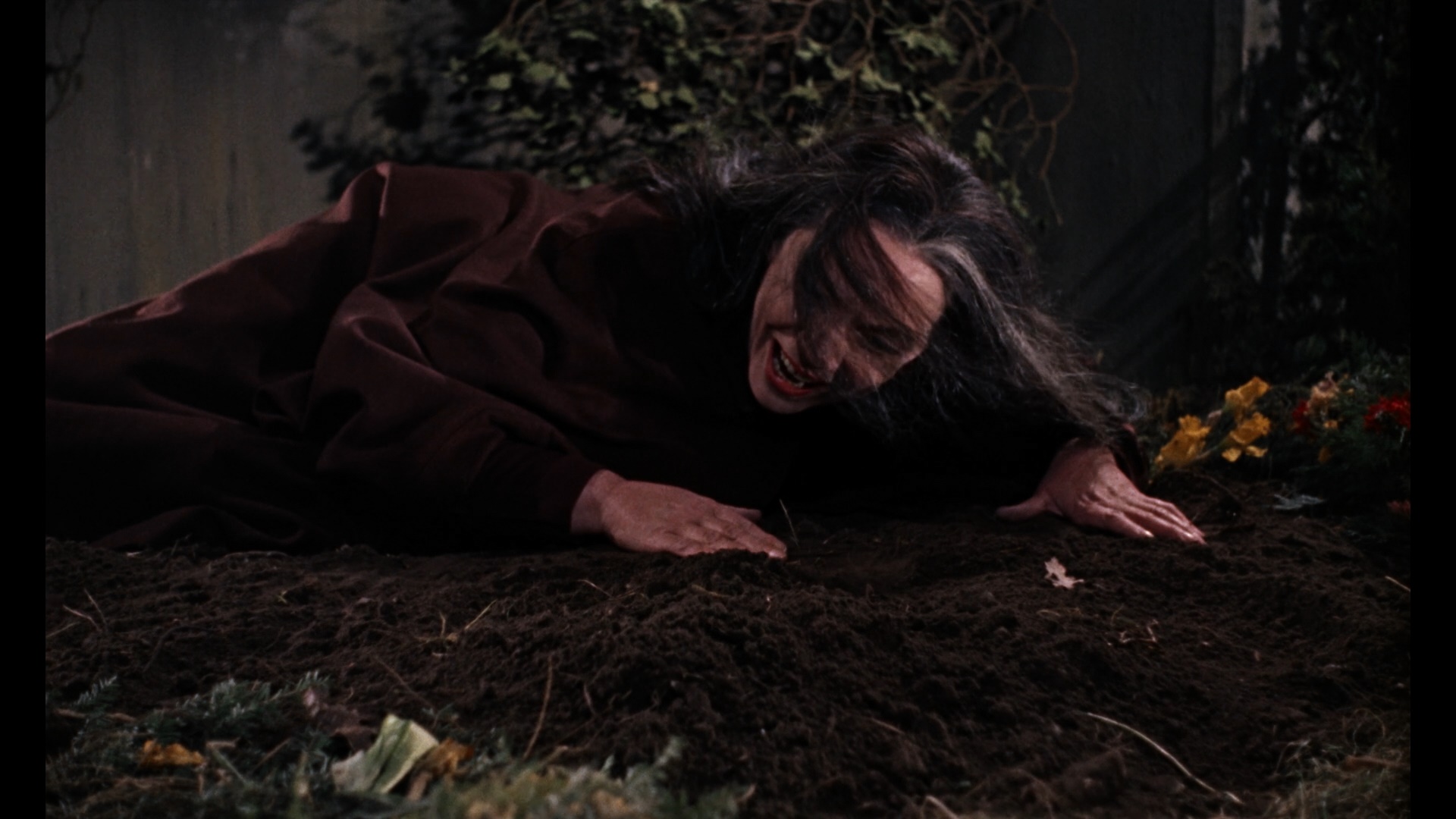 slew of great set pieces including a terrific "birth" sequence that can still induce shivers. Composer James Bernard sat this one out with composer Malcolm Williamson grabbing the reins instead, but he does well here with a brash, evocative score that provides able support.

Available on home video in every major format from the early days of VHS and laserdisc, The Brides of Dracula has been an extremely controversial title in more recent years thanks to its aspect ratio. Shot with its framing protected at 1.66:1 for some European markets and a tighter 1.85:1 for the United States and other international venues, the film first appeared on DVD at 1.66:1 but became part of Universal's eight-film Hammer collection on Blu-ray in the U.S. in 2016 with its compositions framed very tightly at 2.00:1, which was also imposed on The Curse of the Werewolf, The Phantom of the Opera, and Night Creatures (a tactic that applied to several other Universal titles from around the same time like multiple Douglas Sirk films). The framing isn't a complete disaster for some of the running time, but it does botch several key compositions with a huge amount of info at the bottom in particular being missed. That same transfer and framing were also used for the 2013 U.K. Blu-ray from Final Cut, which at least decks the film out with a trailer, a still gallery, and most importantly, a solid featurette, "The Making of Brides of Dracula" (31m10s), narrated by Edward De Souza with contributions from Monlaur, Sangster, Hugh Harlow, Richard Golen, Wayne Kinsey, Don Mingaye, Margaret Robinson, Pauline Harlow, and Anthony Hinds. In 2015, Anolis Entertainment in Germany released its own mediabook editions of the film with a greatly improved 1.78:1 presentation that gave the film some much-needed breathing room. Like the prior releases, it also displays some obvious edge enhancement that gives it a crisp but very harsh appearance at times. That disc also features a video interview with Monlaur (26m9s) from Manchester's 2004 Festival of Fantastic Films (which is tough to hear but nice to see for her alone), the Final Cut featurette, an HD reconstruction of the standard U.K. trailer (which looks pretty cruddy everywhere else), the shorter U.S. trailer, a German trailer, the original German titles (in SD), the original promotional comic book (19m15s), galleries of German pressbook material (3m11s, 1m26s and 1m46s), the French pressbook (1m36s), and a gallery of international lobby cards (7m18s).

In 2020, Scream Factory added this essential title to its roster of Hammer releases with two viewing options, both culled from a new 2K scan from the interpositive. The default option is framed at 1.85:1 (a la its American theatrical presentation) and looks workable that way, sometimes tight on top but nowhere near the level of distraction found in the earlier U.S. and U.K. discs. Tucked away in the extras is a more spacious 1.66:1 option that, to these eyes at least, is the most satisfying viewing option of any to date with the most visible picture info and plenty of opportunities to gawk at the artistry in the film's production design and cinematography. Either way the transfer looks similar in terms of color timing and element condition 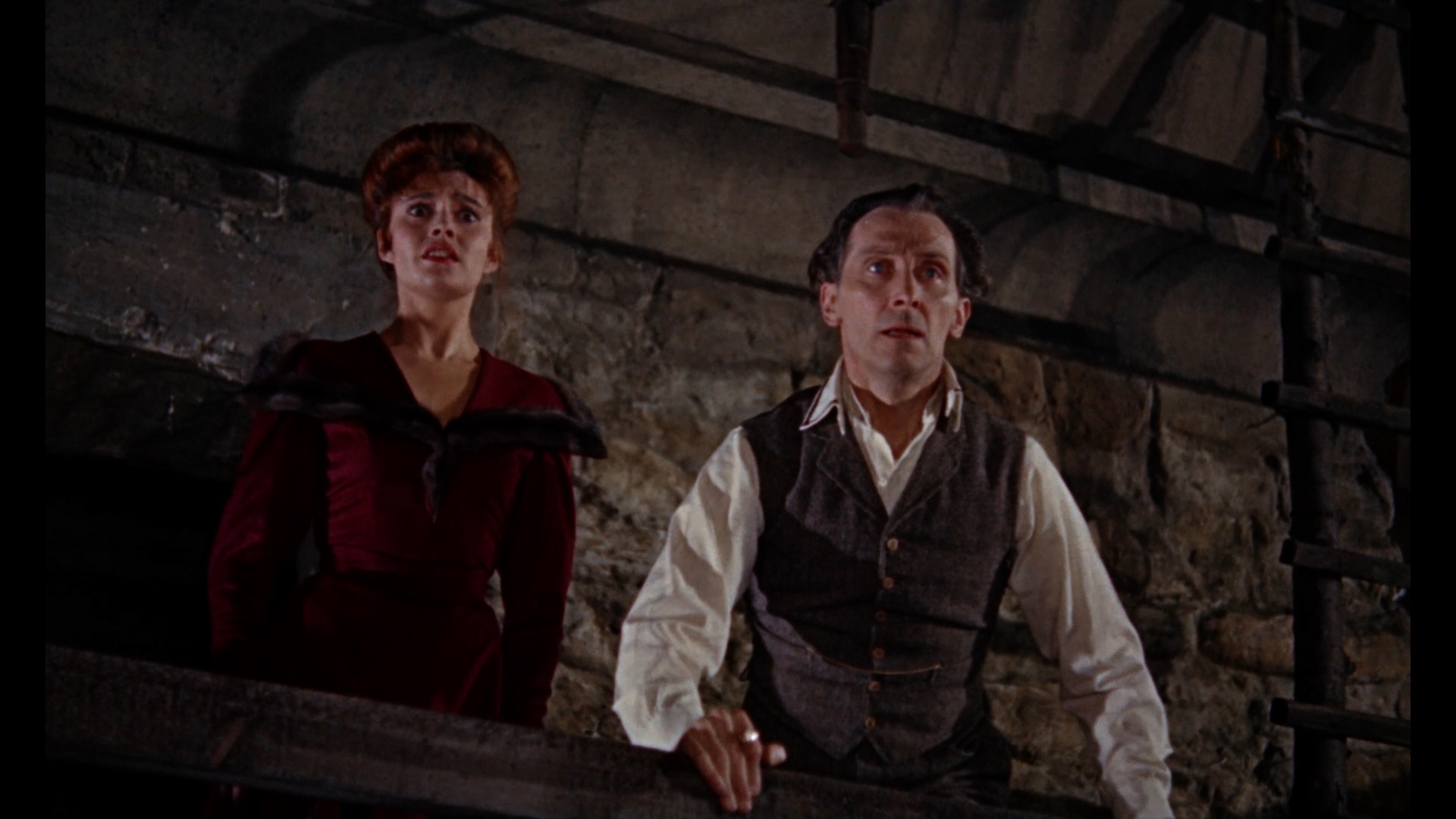 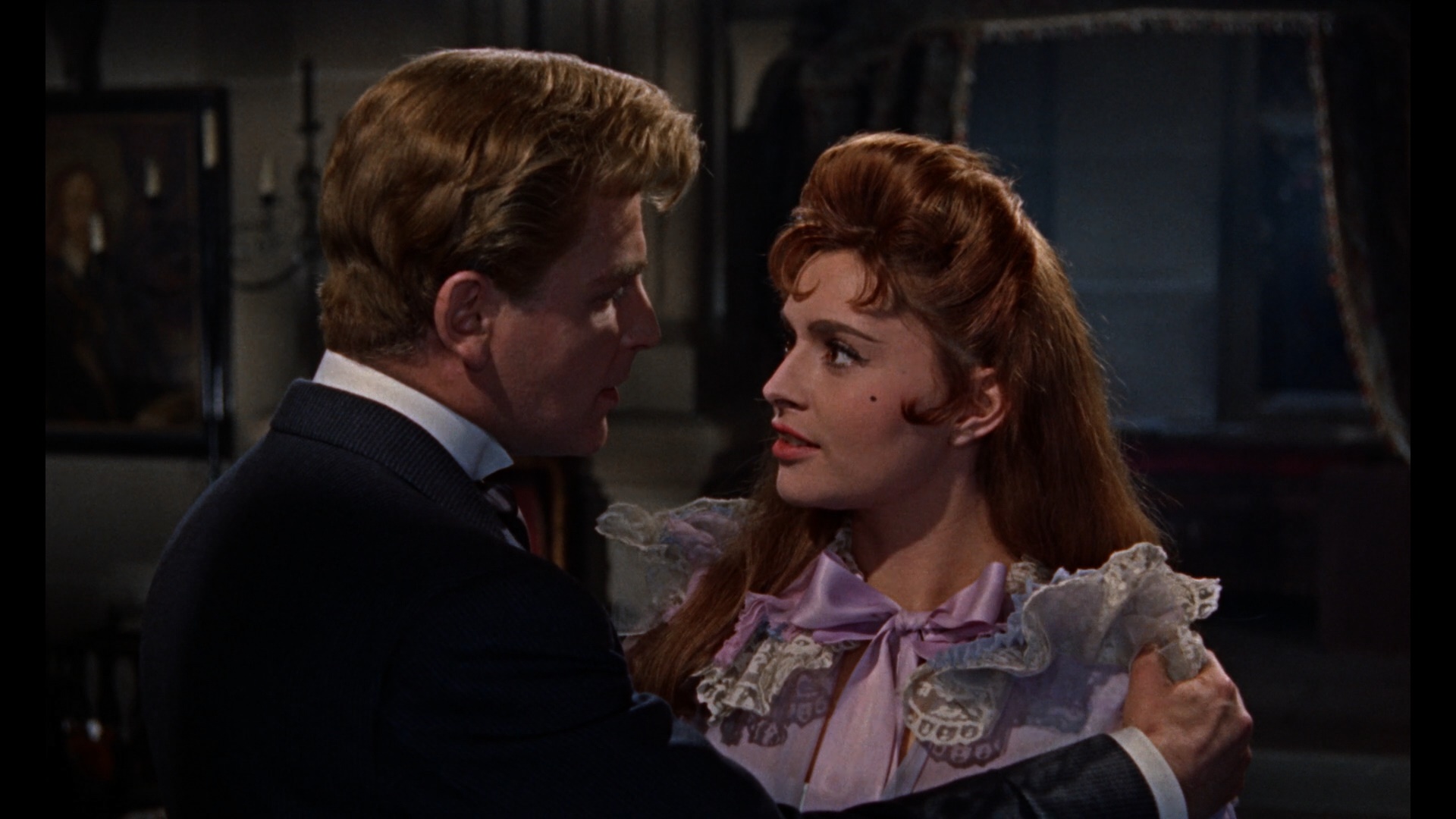 seen before which would indicate it was probably scanned from the same material, but this is the one to beat in terms of detail, framing, and overall presentation. As always, the colors here look lustrous with those red accents in particular really popping off the screen. The edge enhancement that plagued earlier editions is also gone, resulting in more natural film grain and detail that doesn't look like the sharpness has been cranked a few notches too high. As with many previous Scream Factory Hammer sets that offered dual aspect ratios, the 1.85:1 gets a DTS-HD MA English 2.0 mono track while the 1.66:1 is Dolby Digital mono (both with optional English SDH subtitles). The difference between the two isn't particularly significant, but it's worth noting for audiophiles. The 1.85:1 version also comes with a new audio commentary by the go-to team of Steve Haberman and Constantine Nasr, who deliver another in-depth, comprehensive commentary about the film's production, its tricky place coming on the heels of a bona fide classic, and various literary and cultural allusions ranging from Little Red Riding Hood and Bluebeard to Suddenly, Last Summer. Little Shoppe of Horrors' Richard Klemensen serves as your guide for two new featurettes, "The Men Who Made Hammer: Terence Fisher" (58m21s) and "The Men Who Made Hammer: Jack Asher" (16m24s), both of which are packed with info about the director and cinematographer with a healthy sampling of production photos and other material supporting these appreciative looks at what both men brought to the Hammer table in its early horror days. The Asher one is especially revelatory with Klemensen talking about his own communications with him and his unfortunate perception that his work didn't amount to anything after his retirement. In "The Eternal and the Damned" (15m22s), David Huckvale offers another of his insightful analyses of Hammer music focusing this time on Williamson's score, complete with piano demo deconstructions of his primary themes and a look at how he brought his own flourishes to the formula established by James Bernard. Seen earlier on Severin's release of And Now the Screaming Starts, "The Haunted History Of Oakley Court" (15m13s) features David Flint and Allan Bryce chatting about the history of the oft-filming location that appeared in numerous British productions including several Hammer and Amicus titles. Also included are the making-of Final Cut featurette, two trailers, a radio spot, and a still gallery (7m26s). A limited number of orders placed directly through Scream Factory also come with a poster featuring the striking new artwork created by Mark Maddox. 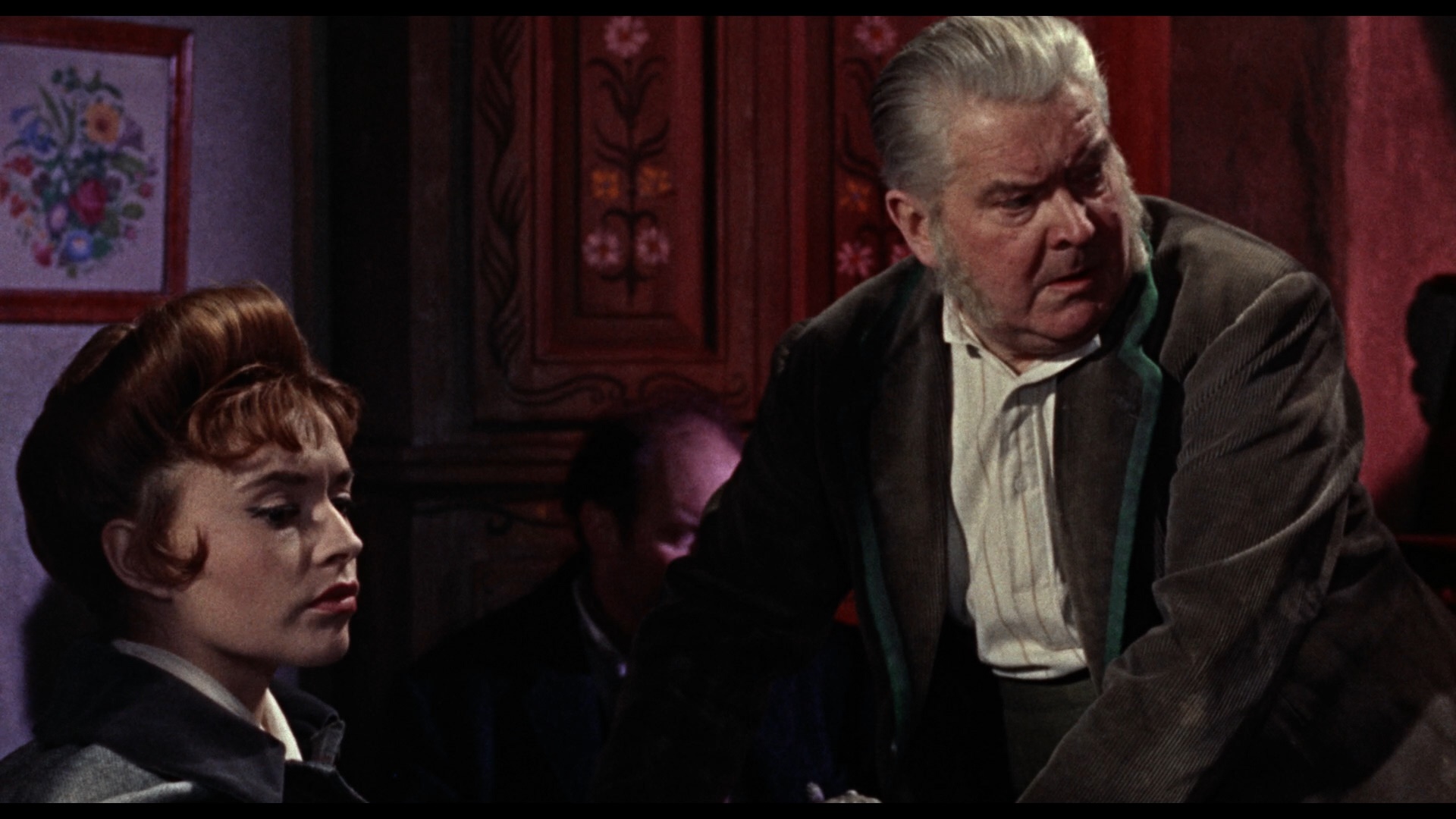 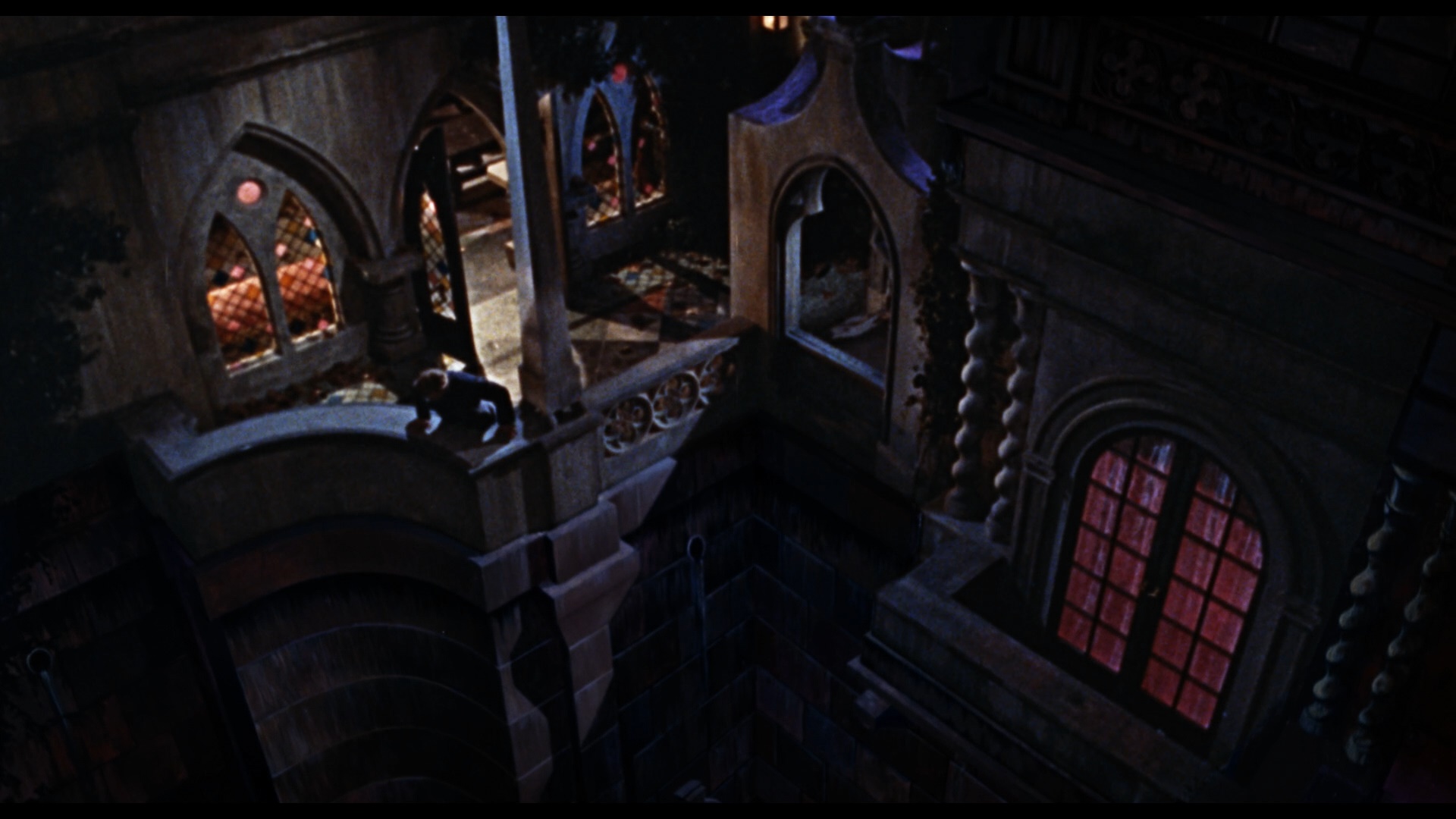 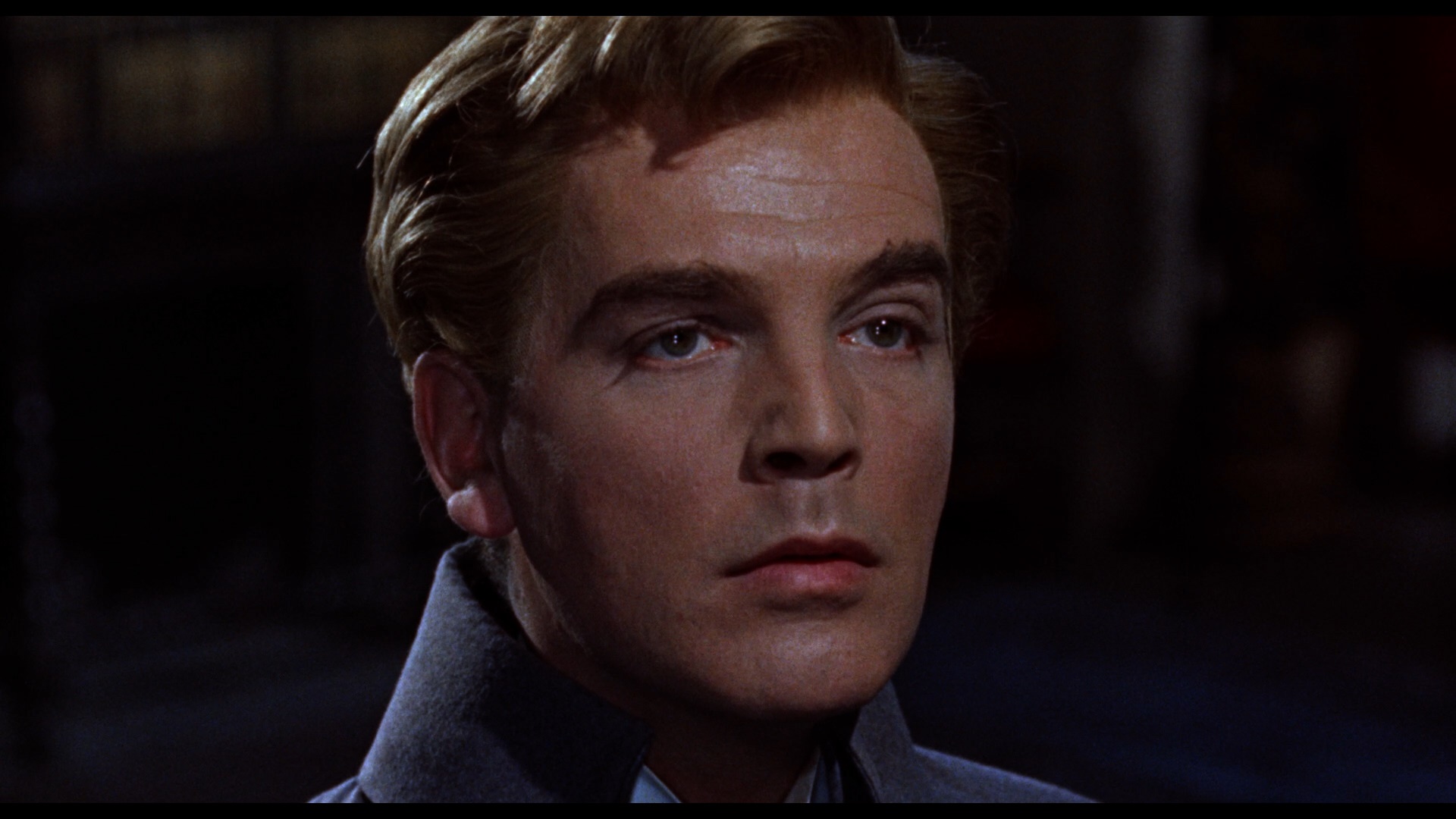 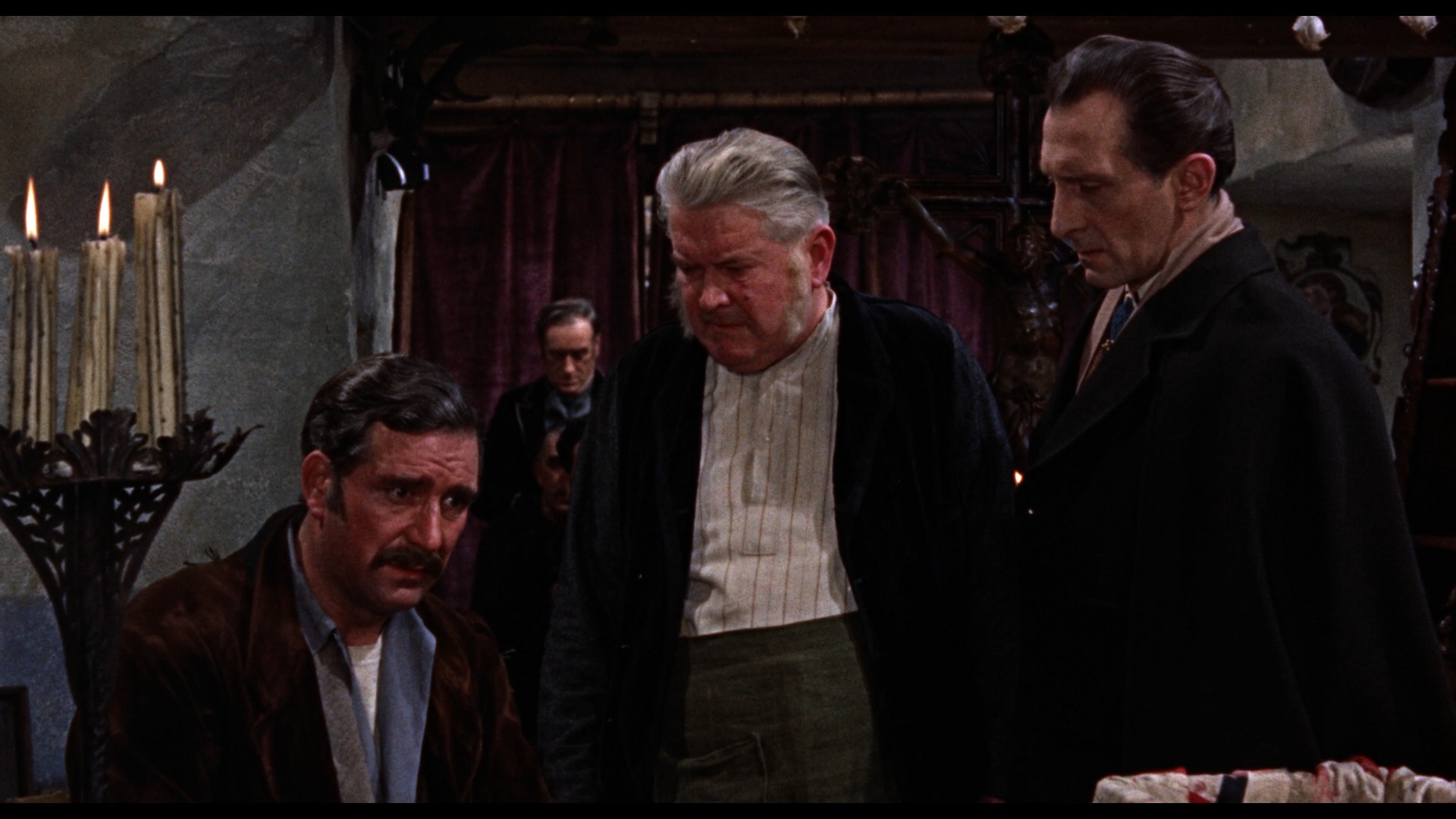 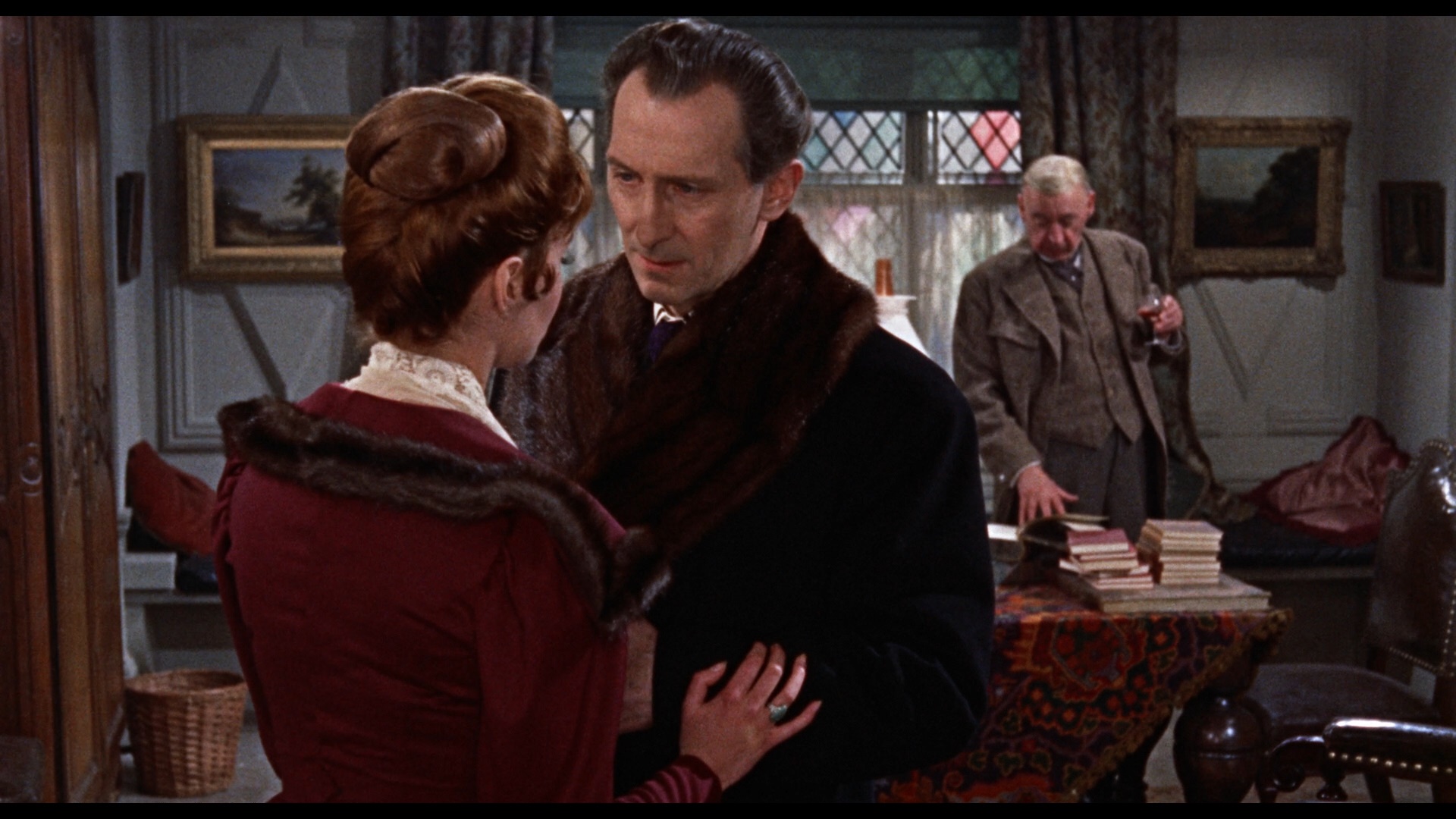 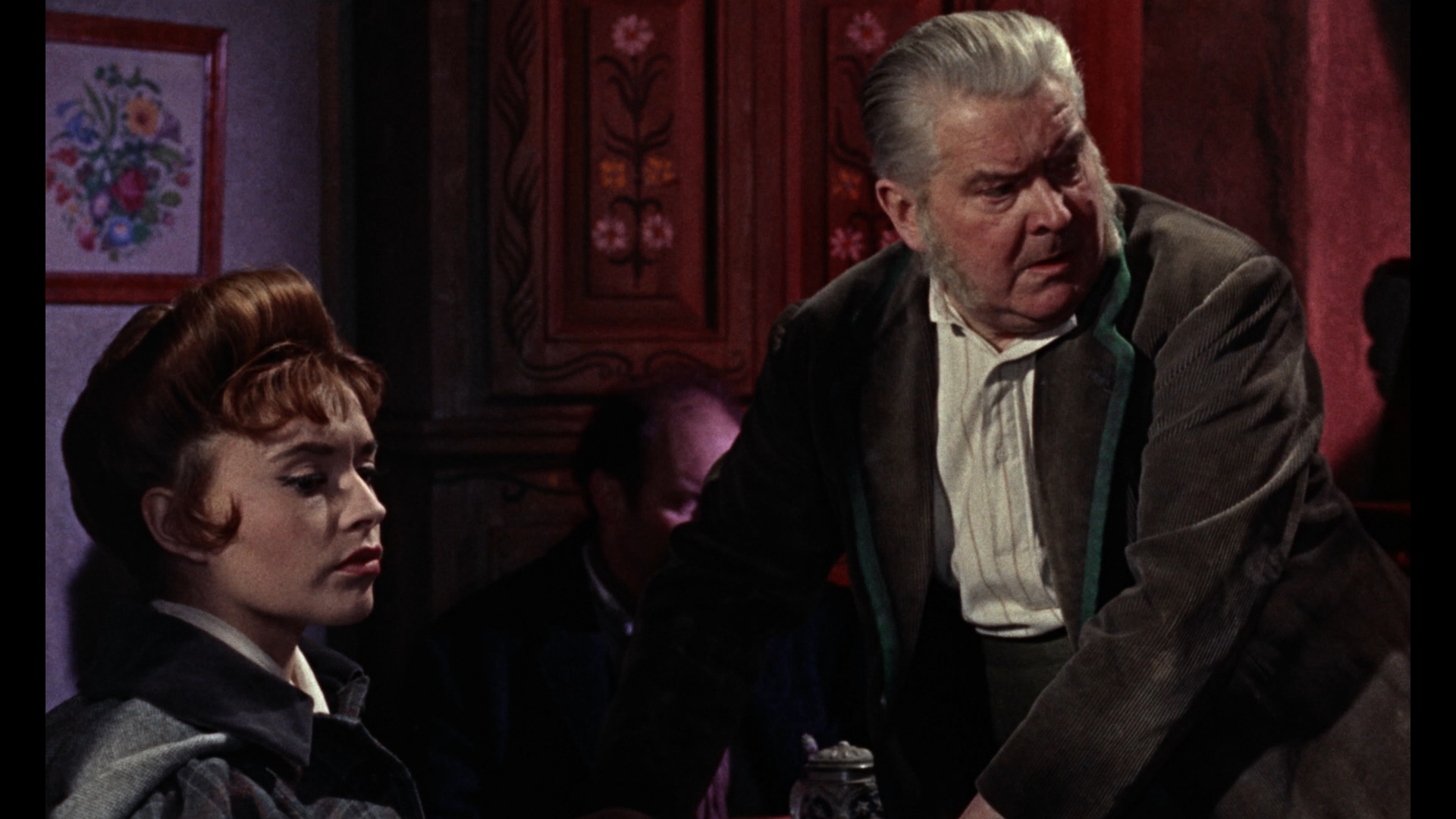 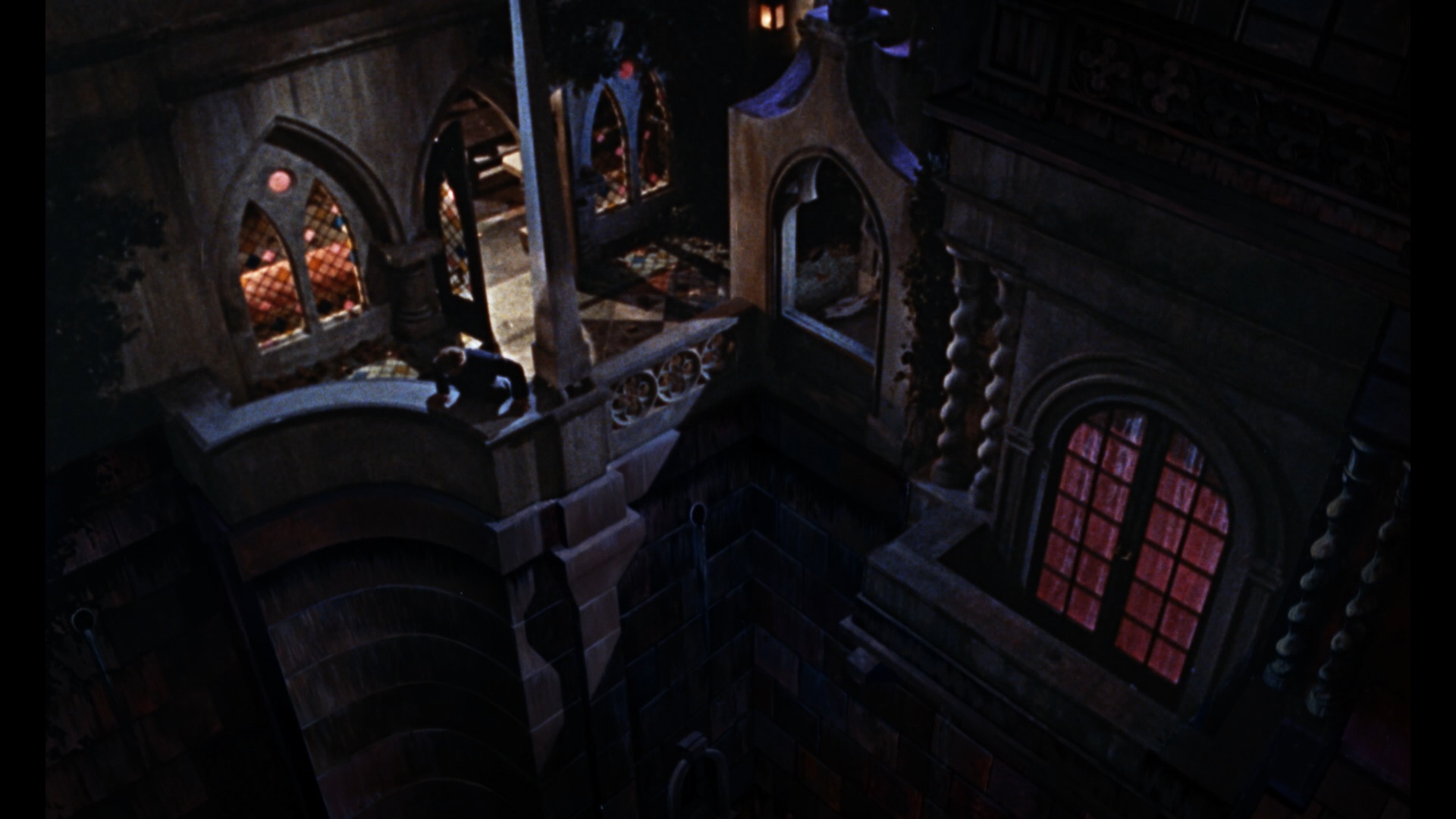 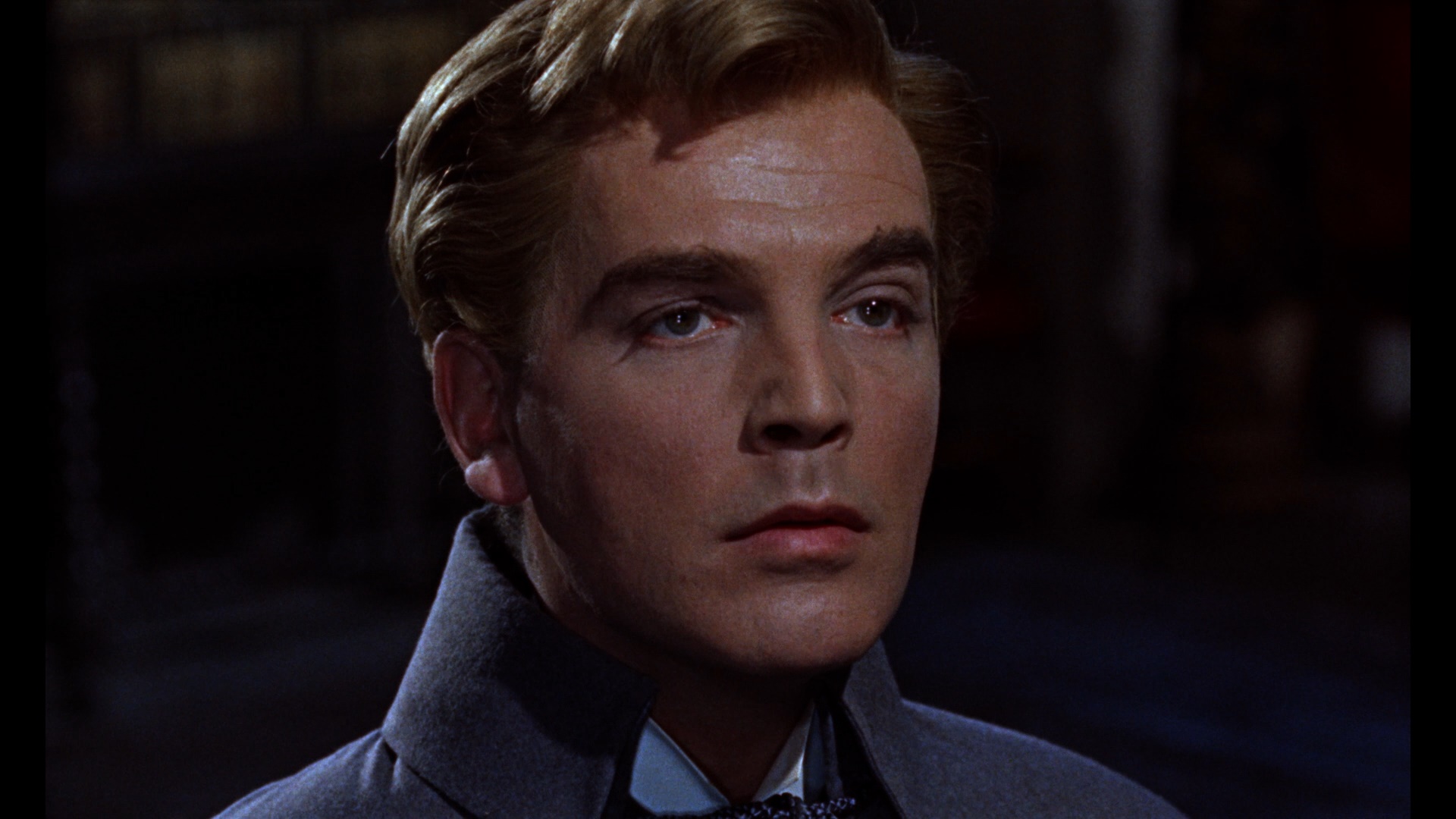 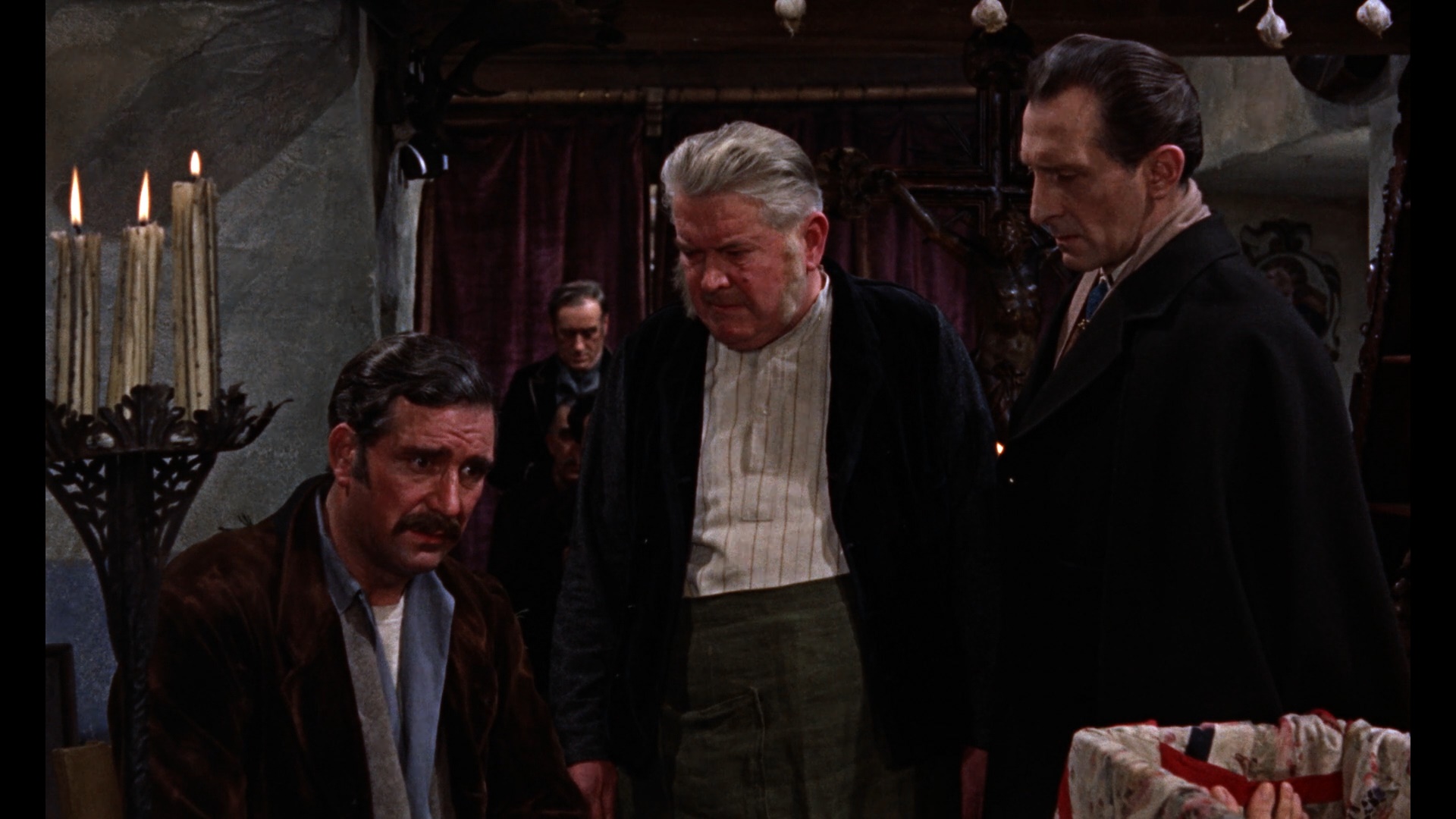 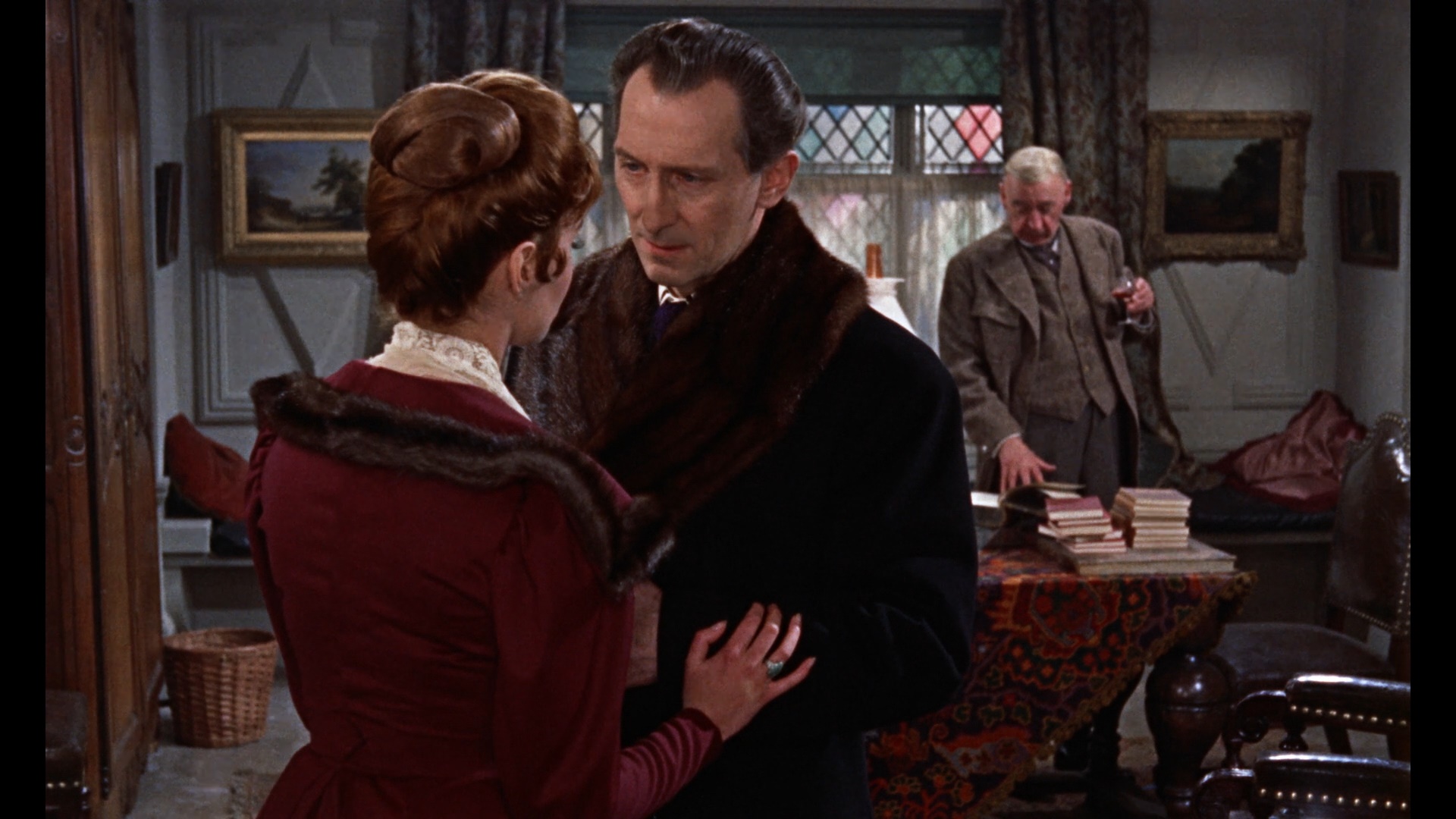 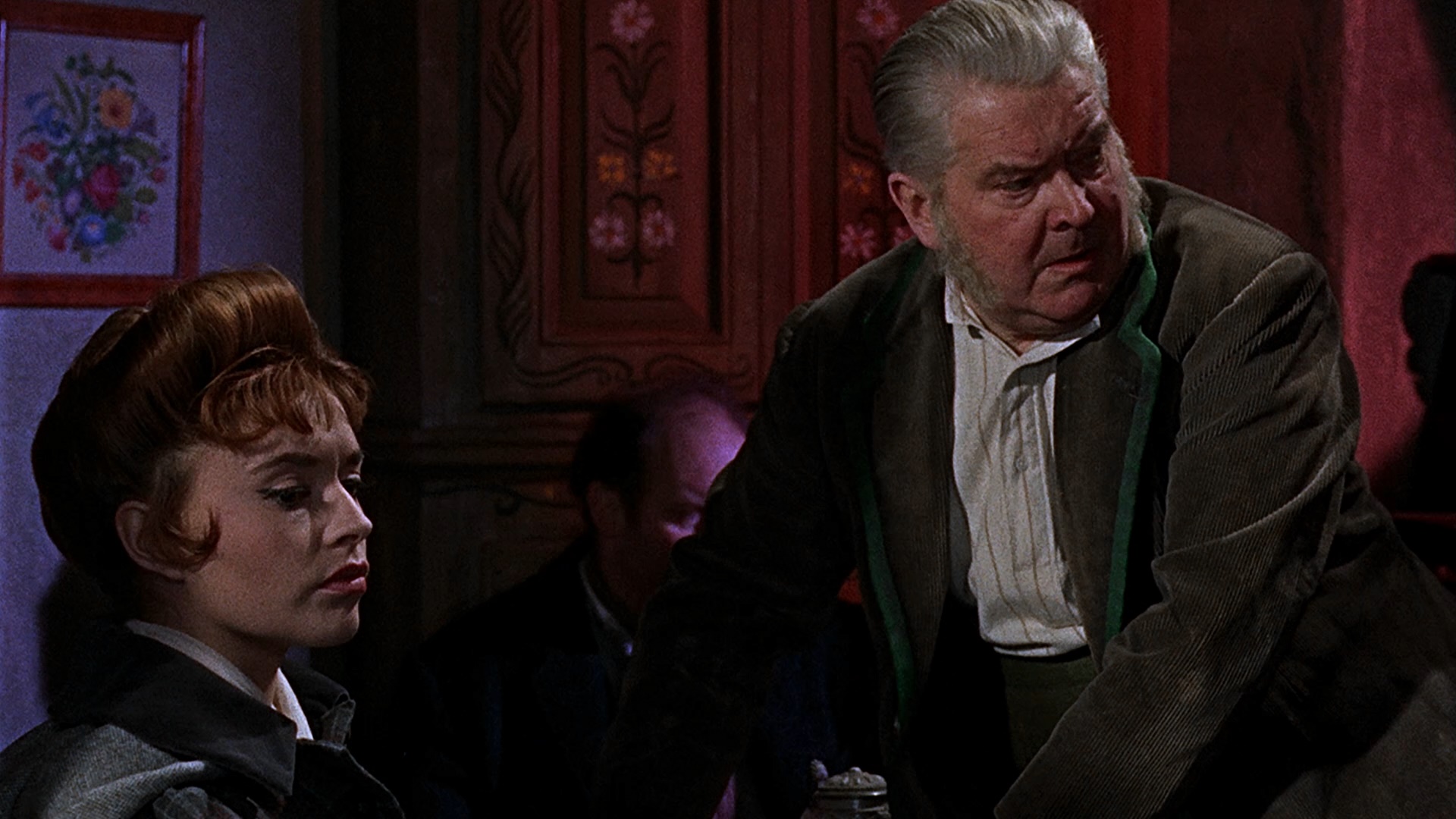 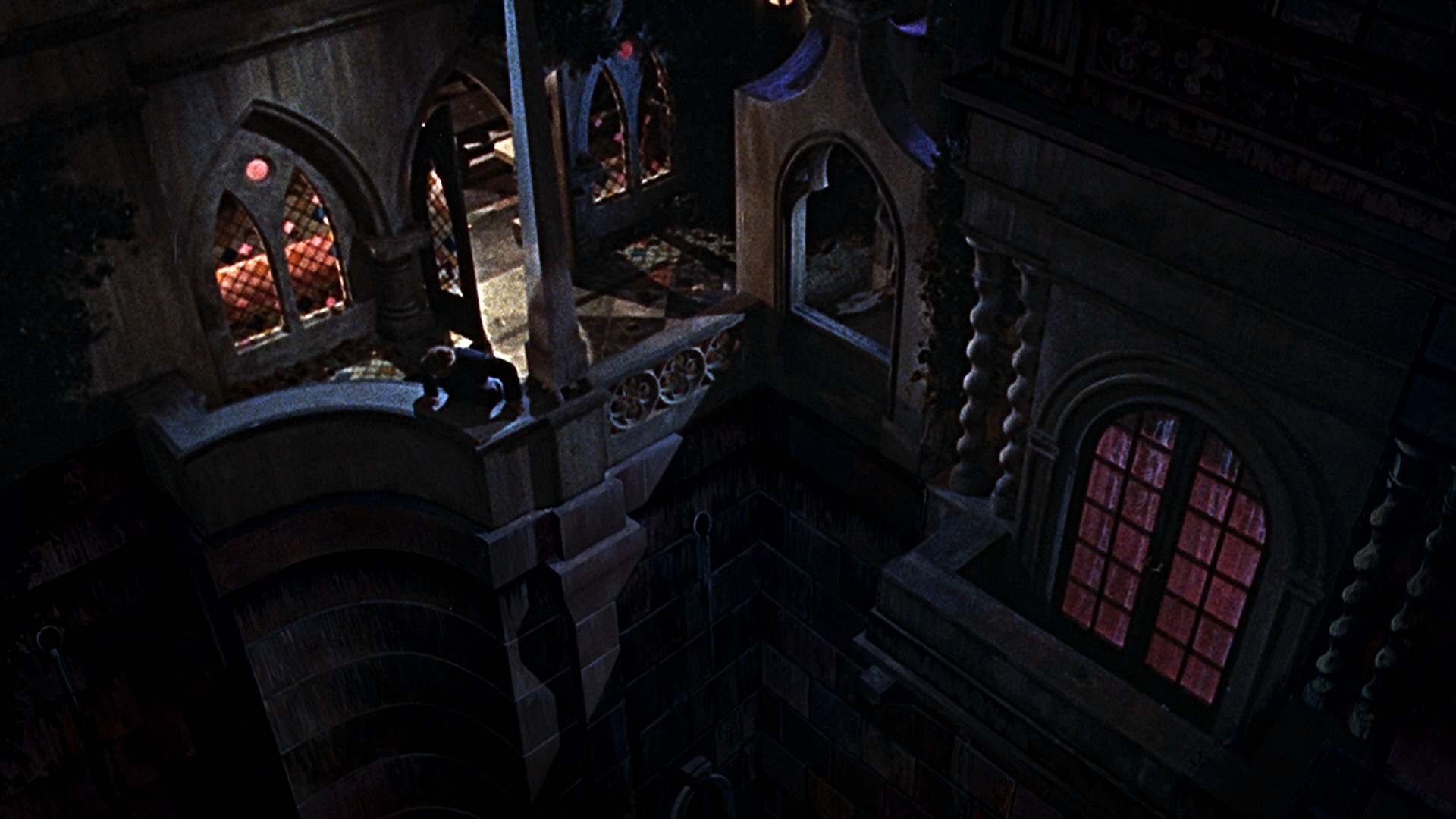 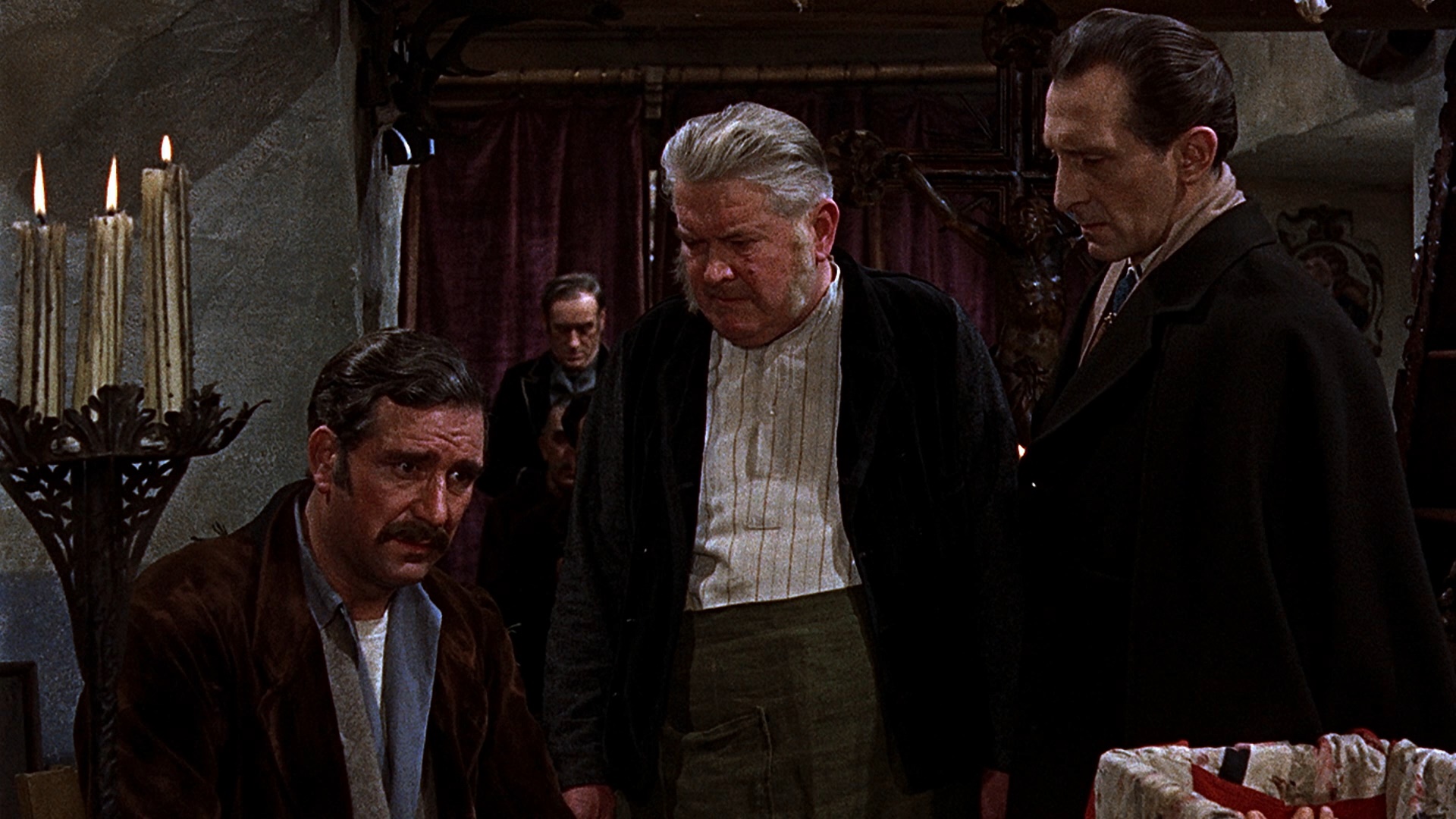 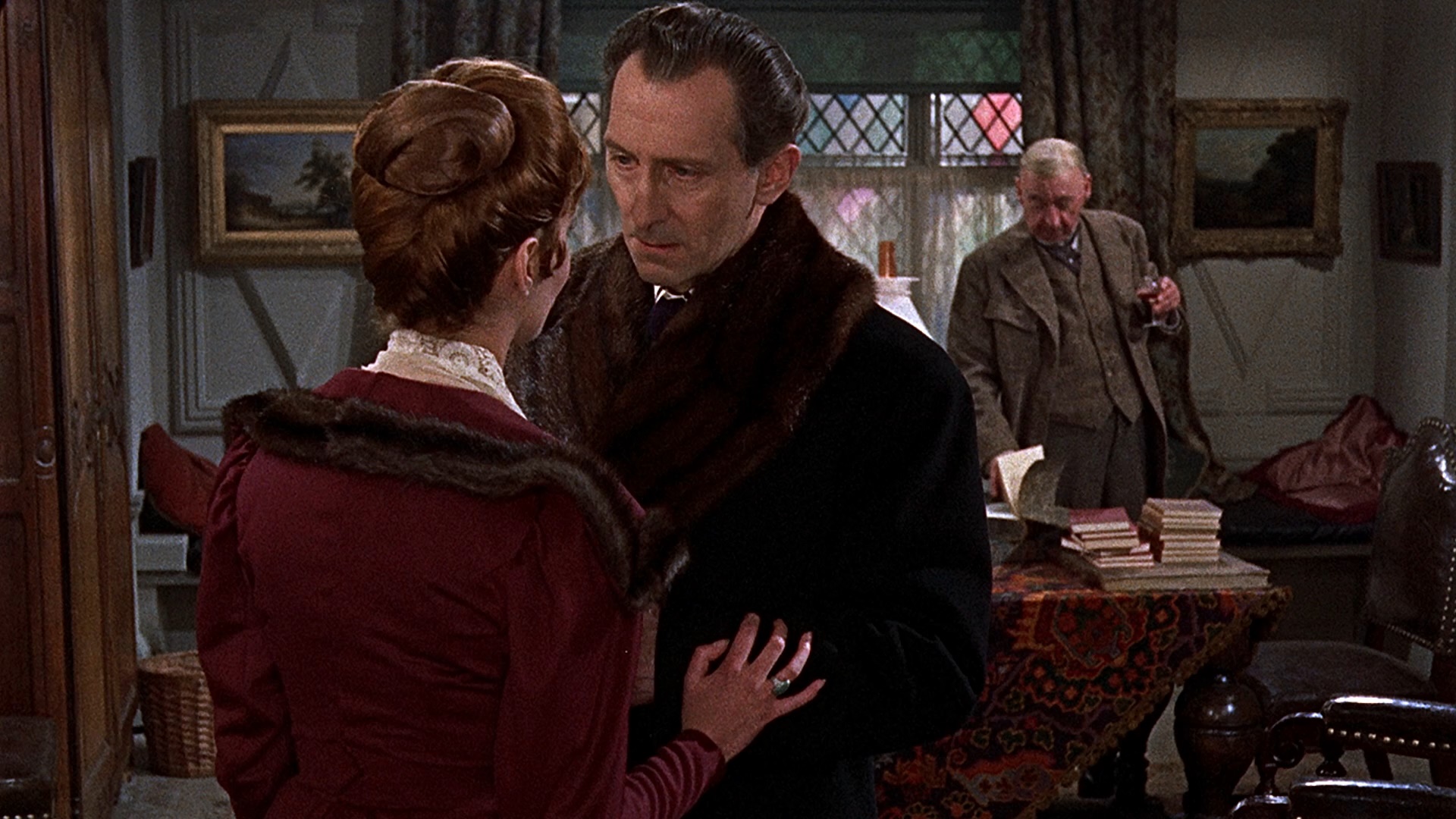 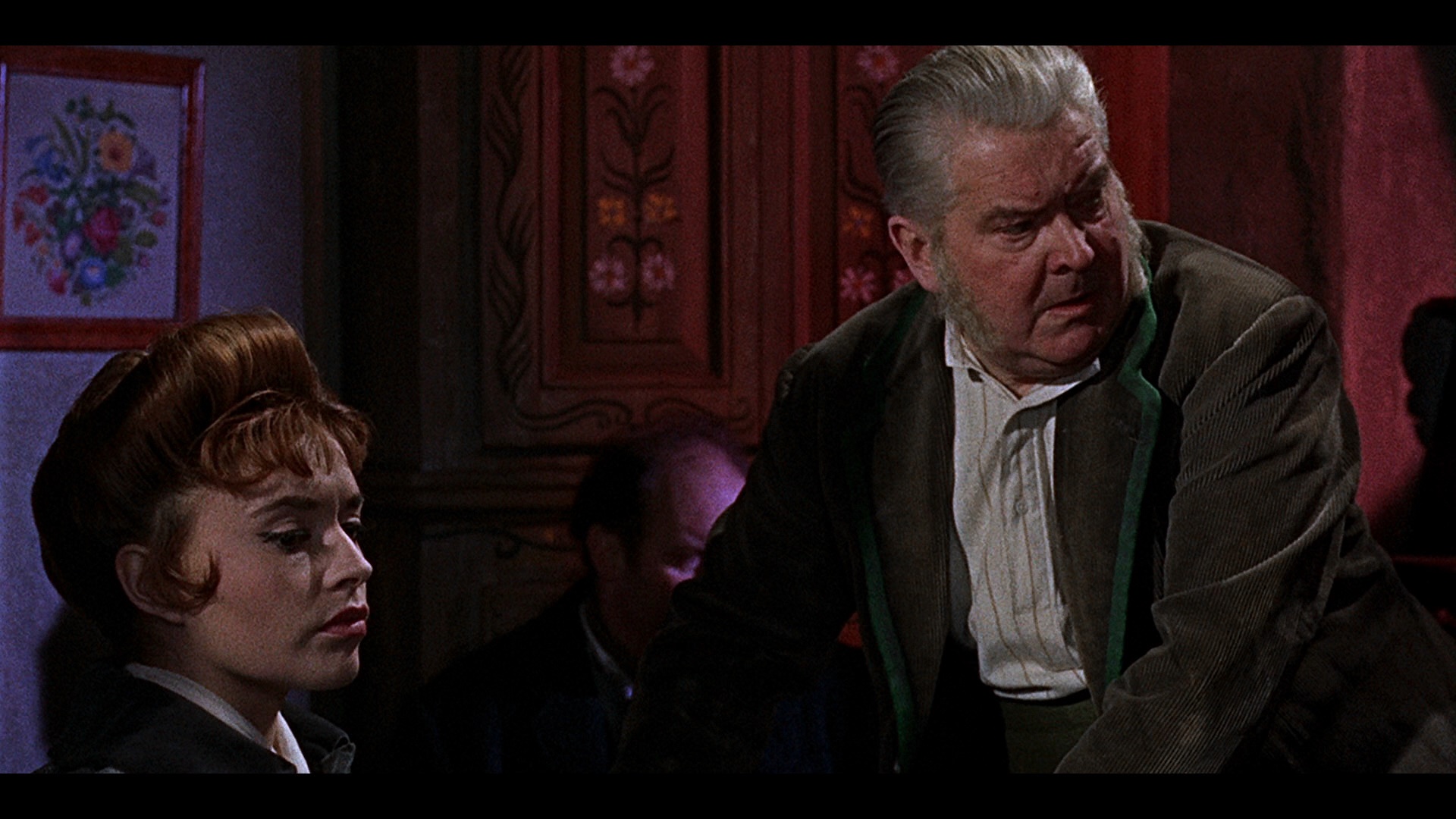 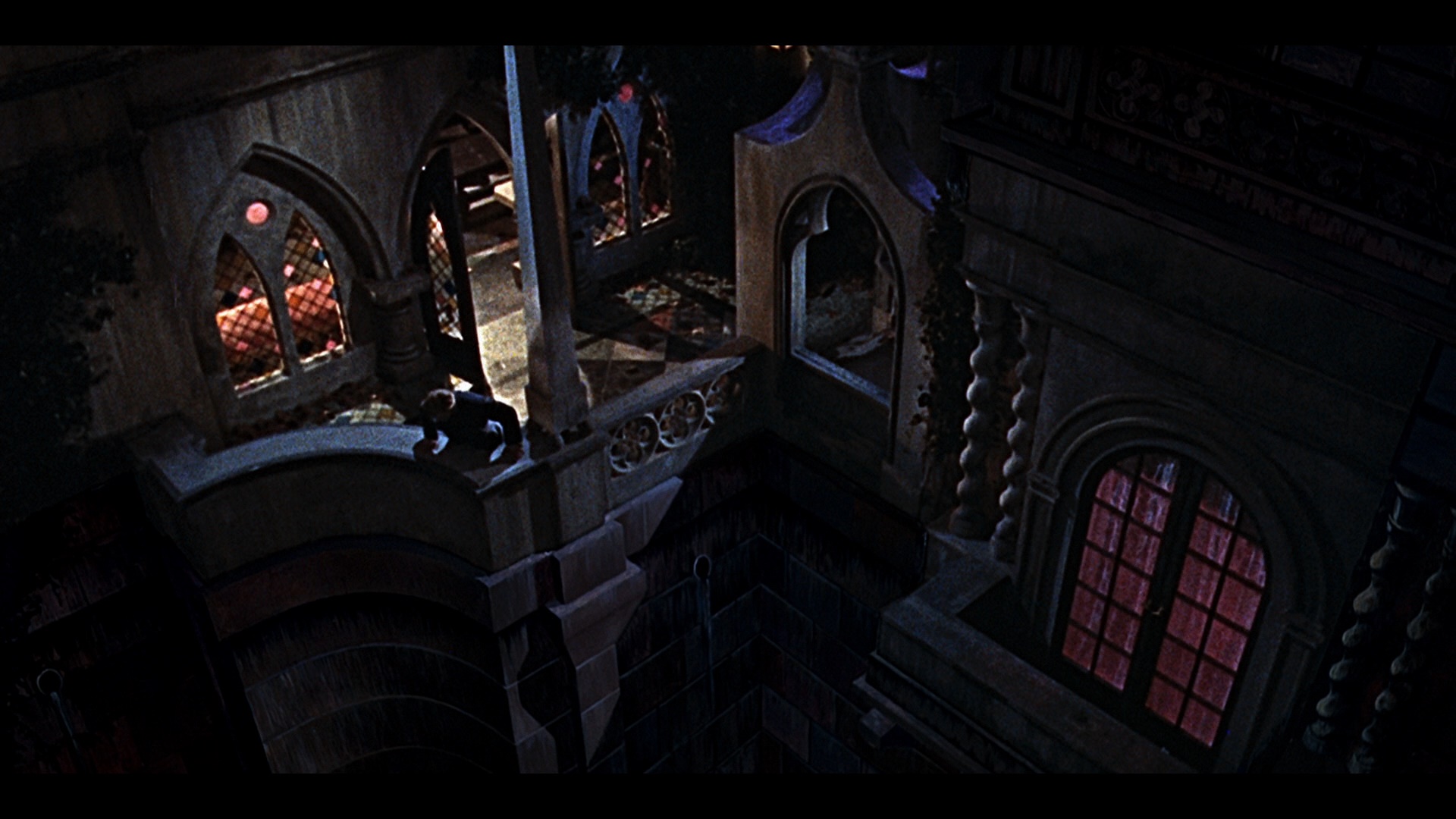 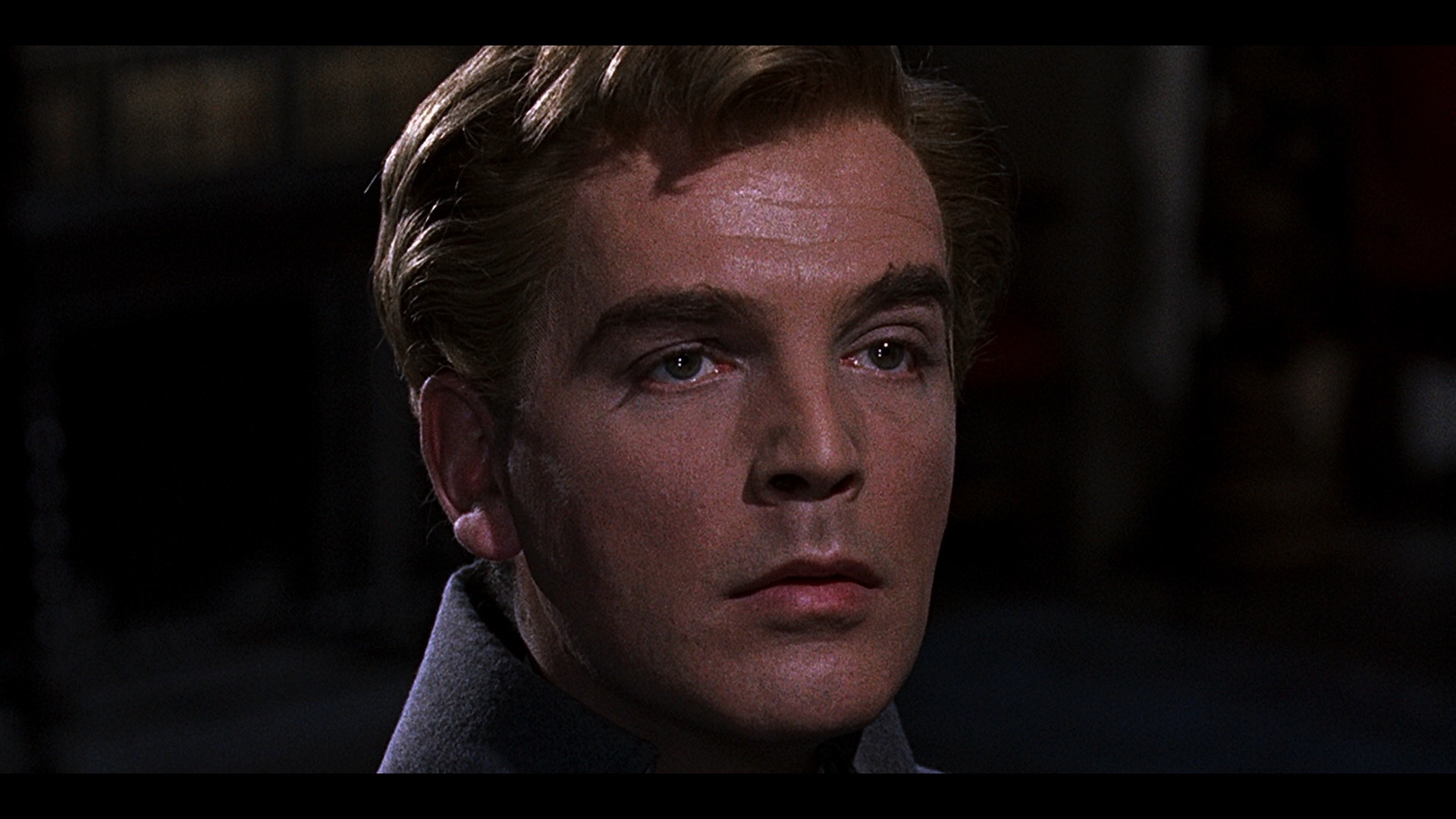 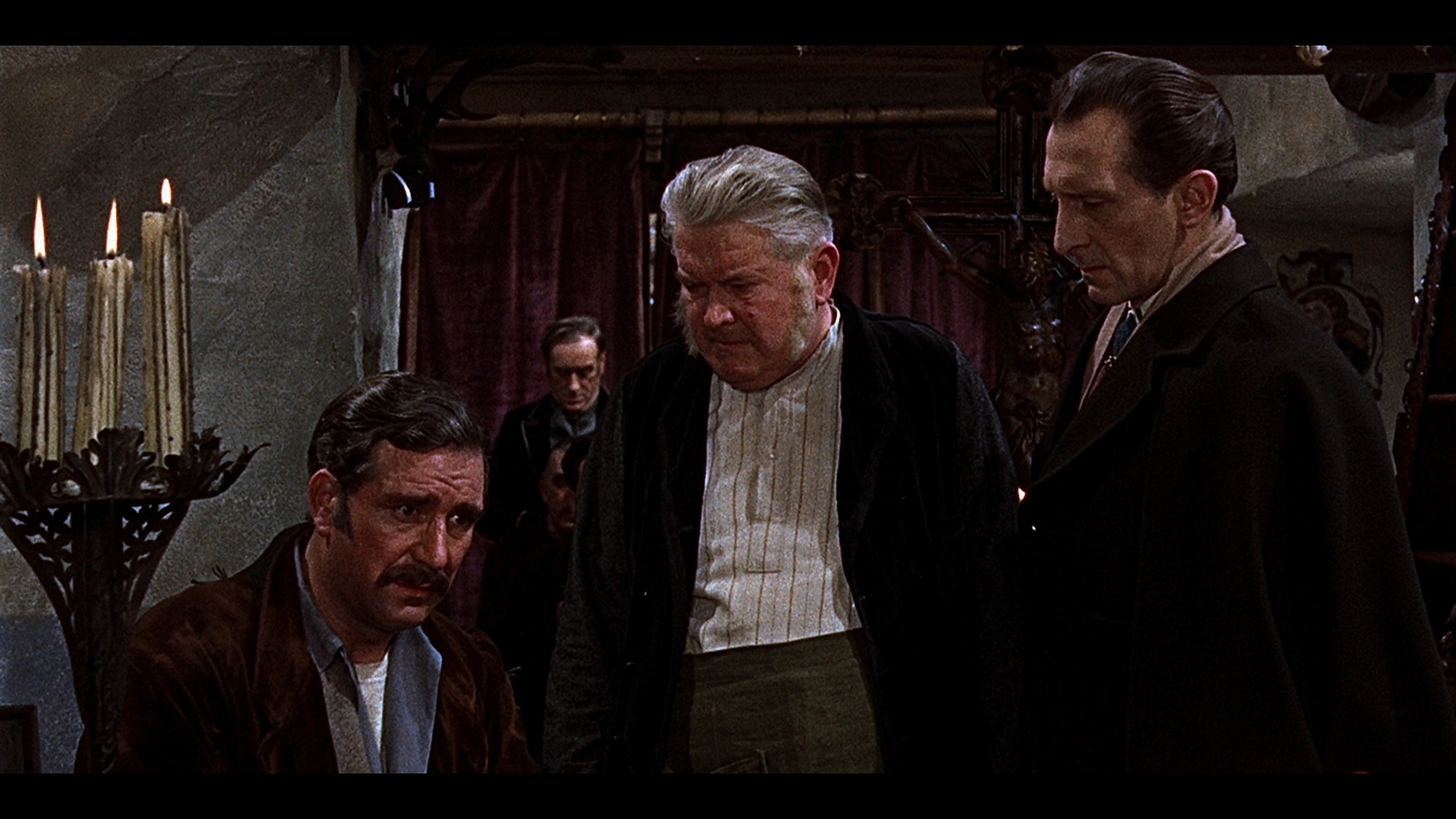 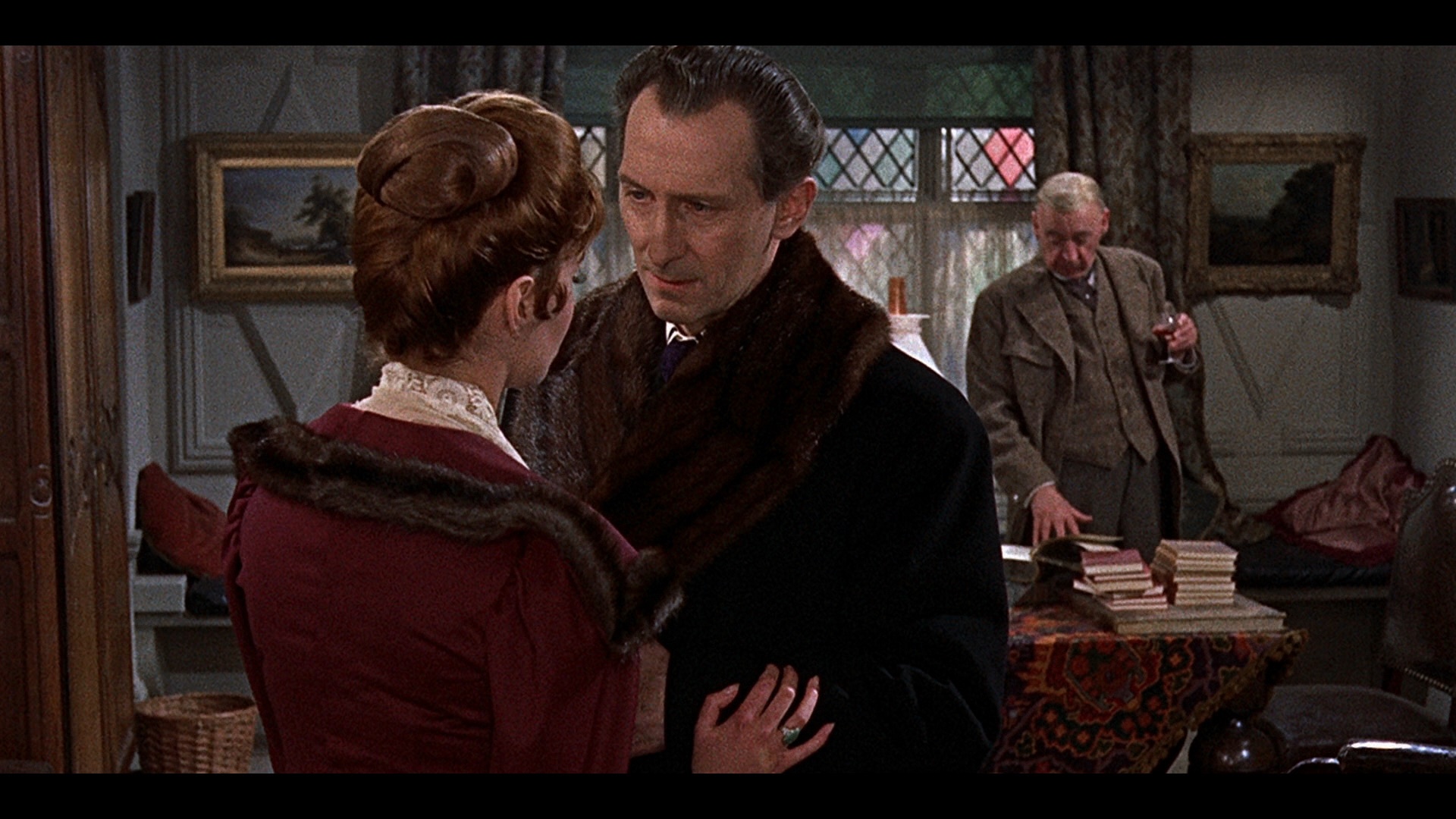