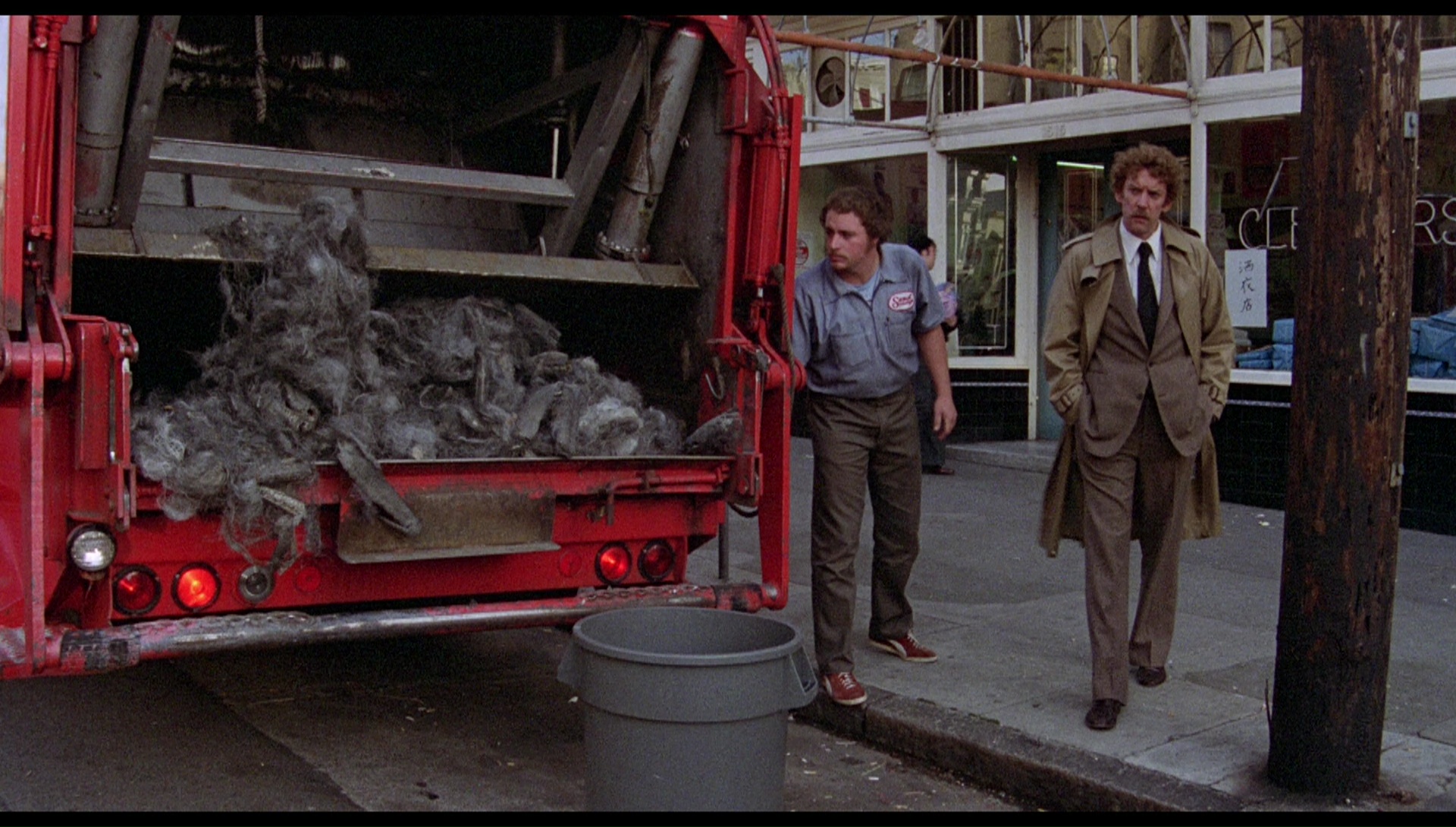 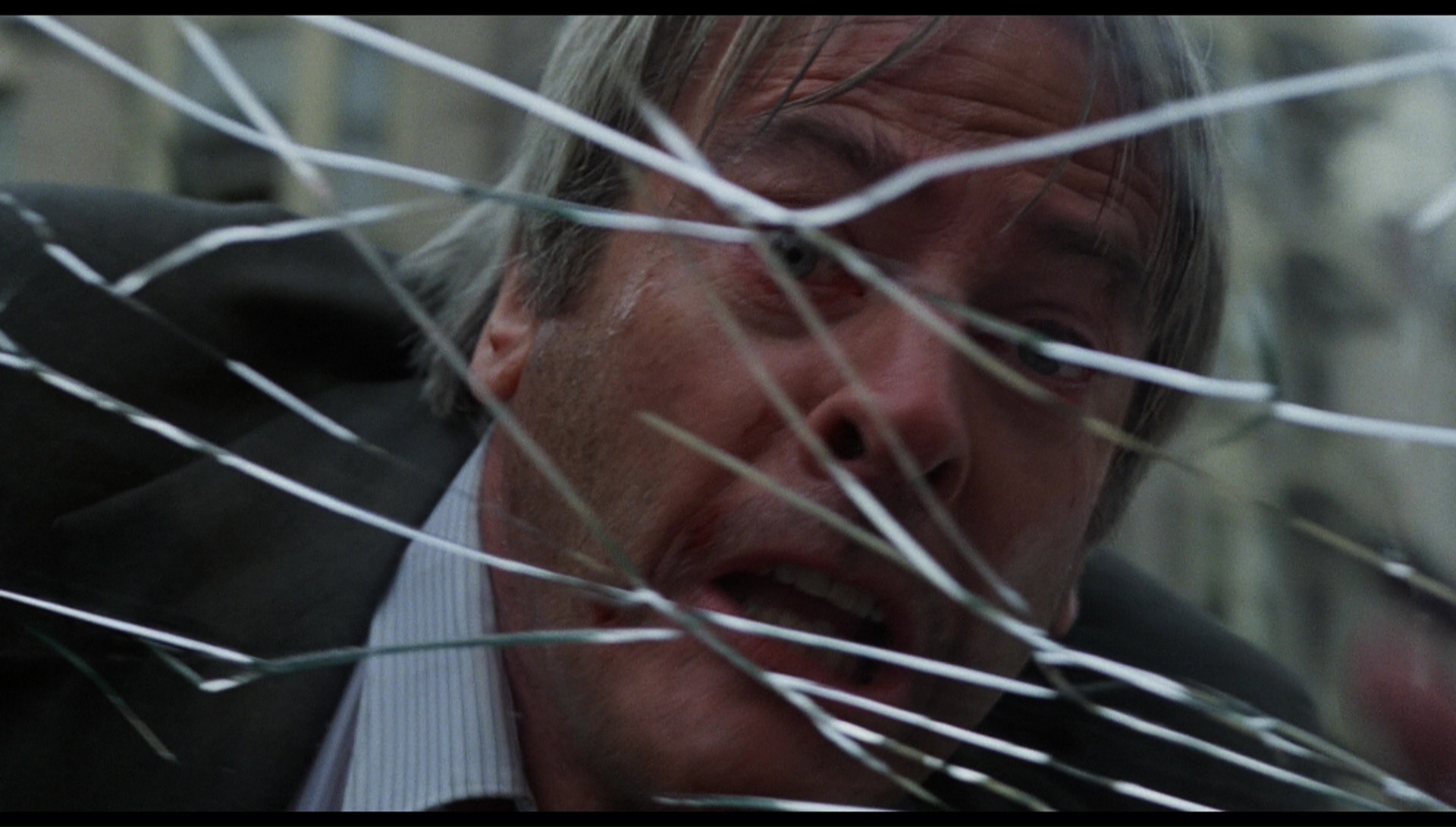 Genre fan irritation with remakes has been around for decades now, but a handful of films have managed to buck the trend of lesser imitations enough to keep some people optimistic about that rare breed, a remake that not only does justice to the original but turns into an outstanding film in its own right. Sitting up at the top of that heap along with the likes of John Carpenter's The Thing is the 1978 version of Invasion of the Body Snatchers, a sort of remake-sequel to the 1956 sci-fi/horror classic of the same name directed by Don Siegel (who cameos here as a cab driver). Both films as well as two subsequent versions (Abel Ferrara's Body Snatchers in 1993 and Olivier Hirschbiegel's notoriously troubled The Invasion in 2007) are based on The Body Snatchers, a novel by Jack Finney originally serialized in Collier's magazine. What's fascinating now of course is how each version reflects a snapshot of the era in which it was filmed, with this one tackling the waning days of the '70s "Me generation" as self-focused attitudes took over in the wake of major social changes due to the likes of Watergate and the Vietnam War.

Director Philip Kaufman, a wide-ranging filmmaker if there ever was one, tackled this project in between The Outlaw Josey Wales (from which he was fired and replaced by Clint Eastwood) and The Wanderers, marking his only pure foray into fantastic cinema. Here the setting is changed to metropolitan San Francisco, an area Kaufman knew from his earlier counterculture days, and the characters and atmosphere are entirely different from the small town dread found in the original film. Here we get a full-tilt paranoid nightmare that easily ranks with the most harrowing political 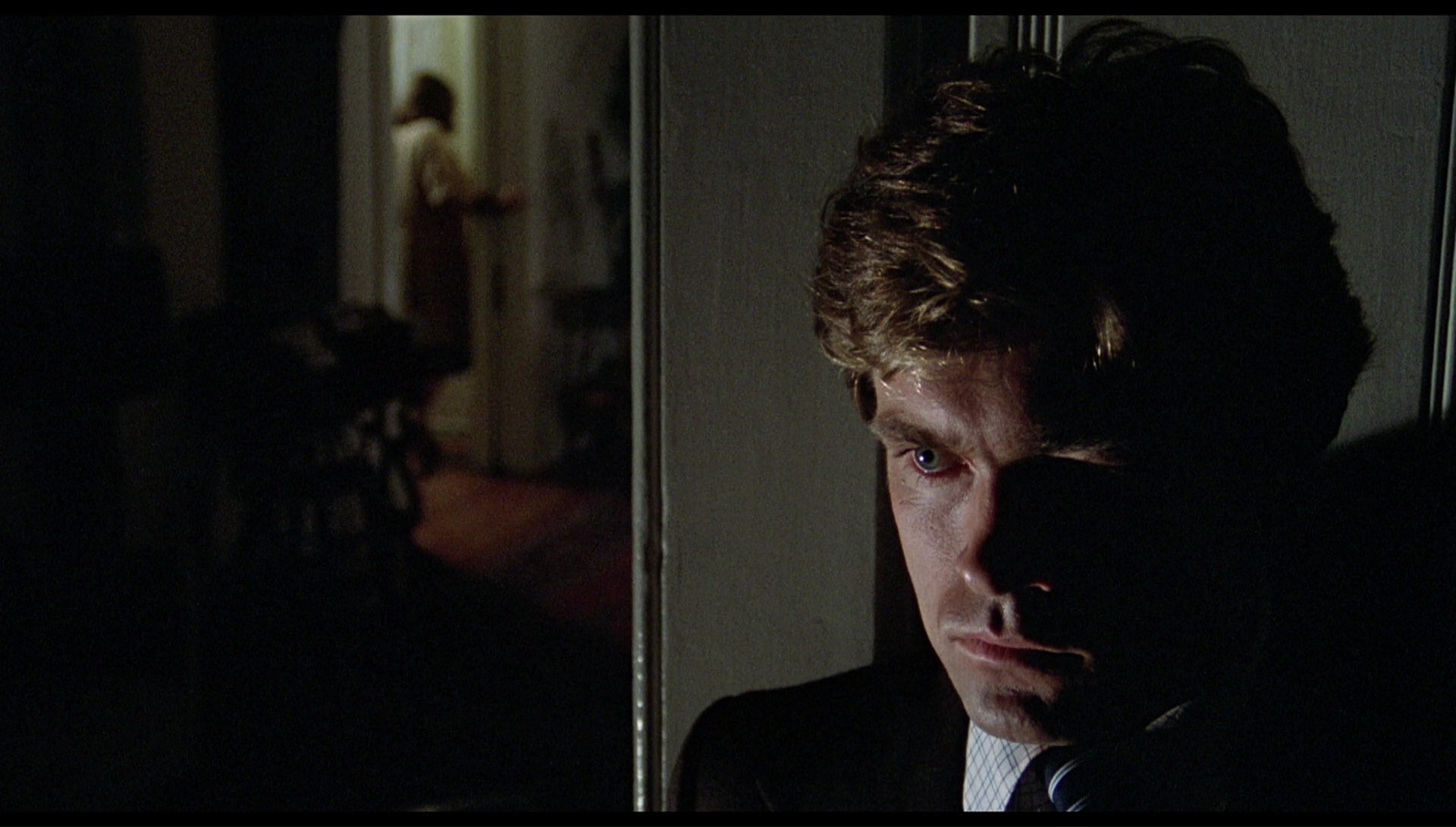 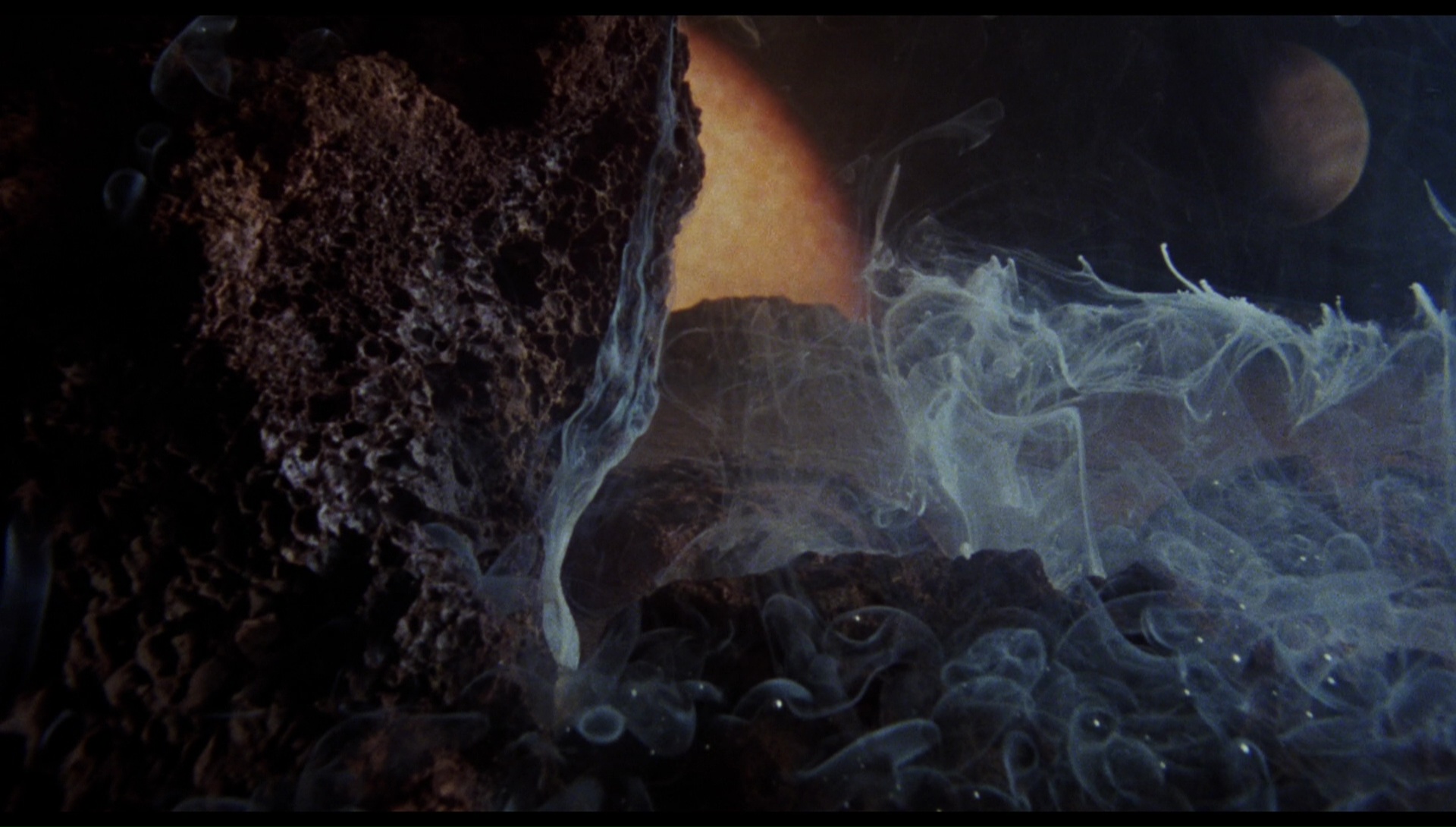 when they notice strange new flowers popping up around the city. On top of that Elizabeth is becoming increasingly unsettled by the behavior of her boyfriend, Geoffrey (The Brood's Hindle), who looks the same but seems like a different person entirely. The opening credits have already clued us in that alien life forms carried by solar winds have infiltrated Earth and started turning people into emotionless pod people, though we don't get to see the process in its full horrifying details until much later. Also involved in unraveling the growing conspiracy are friendly spa owners Jack and Nancy Bellicec (Goldblum and Cartwright), all of whom are given advice by local therapist and bestselling self-help writer Dr. David Kibner (Nimoy). However, none of them can be prepared for the full terrifying extent of what they're about to uncover.

A significant success upon its release and a regular fixture on cable TV for years, Invasion of the Body Snatchers somehow managed to scrape by with a PG rating despite some brief bursts of shocking (pod) gore, topless nudity, and a host of disturbing imagery including one scene involving a banjo player and his dog that no impressionable young viewer ever forgot. It's still an intensely creepy and affecting experience, with a dense and wildly disorienting tapestry of sound effects by Oscar winner Ben Burtt (Star Wars) and a terrific, unorthodox score by Denny Zeitlin. It's also a moving study of the meaning of humanity thanks to its four central performances, with Sutherland and Adams in particular turning what could have been stock monster movie roles into likable, charismatic characters we come to deeply care about over the course of the film. Cartwright is very strong as well in the first of a double punch of sci-fi screamer roles, followed by the next year's Alien; her (apparently improvised) big moment in the unforgettable final scene is still one for the ages.

Not surprisingly, this United Artists production has never been out of circulation on home video despite the various ups and downs of rights holder MGM. From the early days of big box VHS to the present day, it's always been easy to find a copy. On top of that the tight framing has usually adapted well 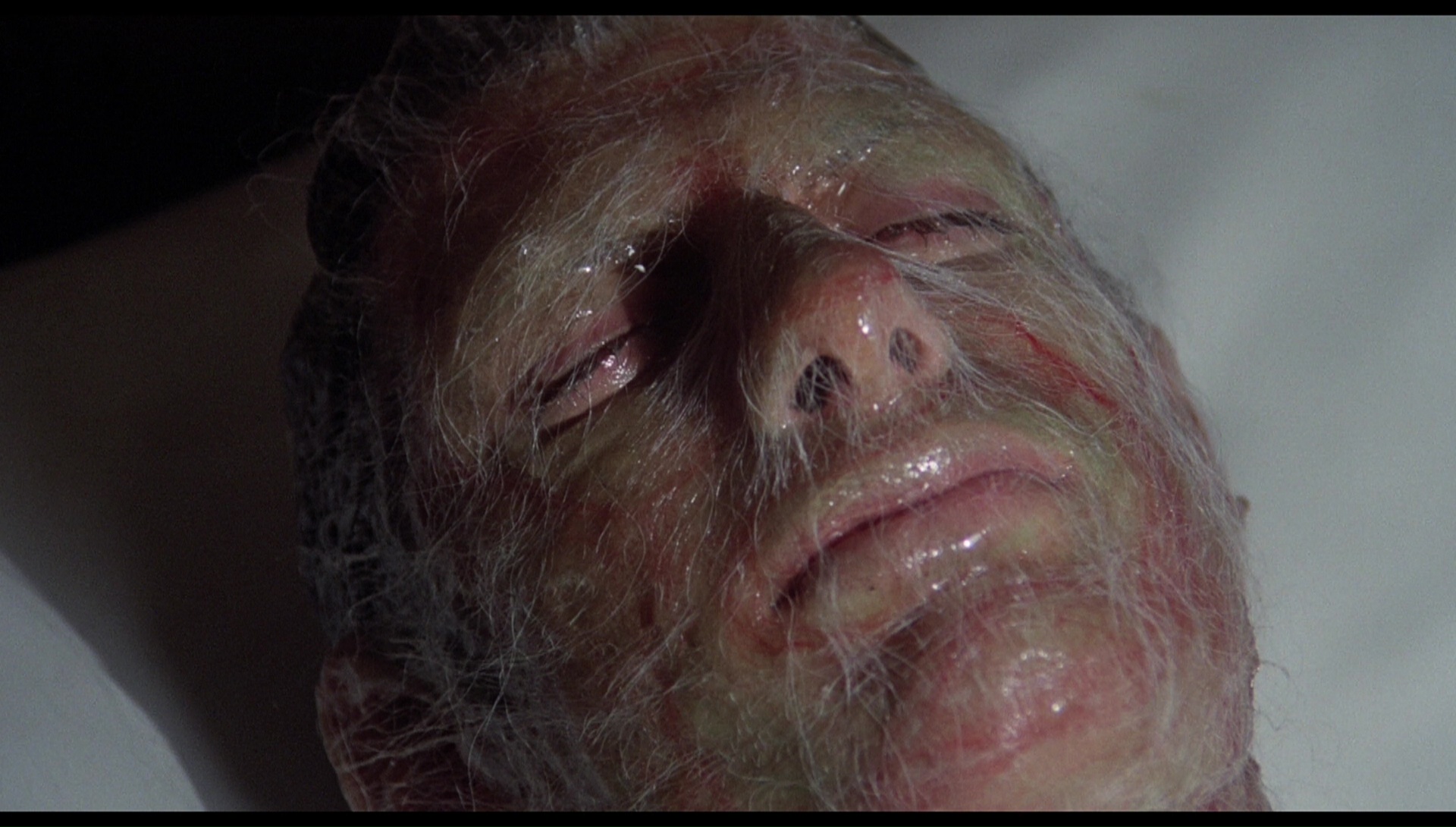 to TV, with its claustrophobic intensity channeling almost as effectively on the small screen as it does in a movie theater. MGM released it on DVD twice, with the first arriving early in the format's history in 1998 with only a trailer as an extra. A double-DVD special edition arrived in 2007 from a more recent HD master with some welcome new extras including a solid Kaufman commentary, the same trailer, and a batch of new featurettes: "Re-visitors from Outer Space" (16 mins.) with Sutherland, Kaufman (who relates a fun story about pitching the remake to Siegel while the original film's star, Kevin McCarthy, wandered in), Cartwright, screenwriter W.D. Richter, cinematographer Michael Chapman, and The Writer's Journey author Christopher Vogler; "The Man Behind the Scream (12 mins.) with Burtt explaining how he generated some of the film's deeply unsettling audio components via his pregnant wife's belly; "The Invasion Will Be Televised" (5 mins.) with Kaufman, 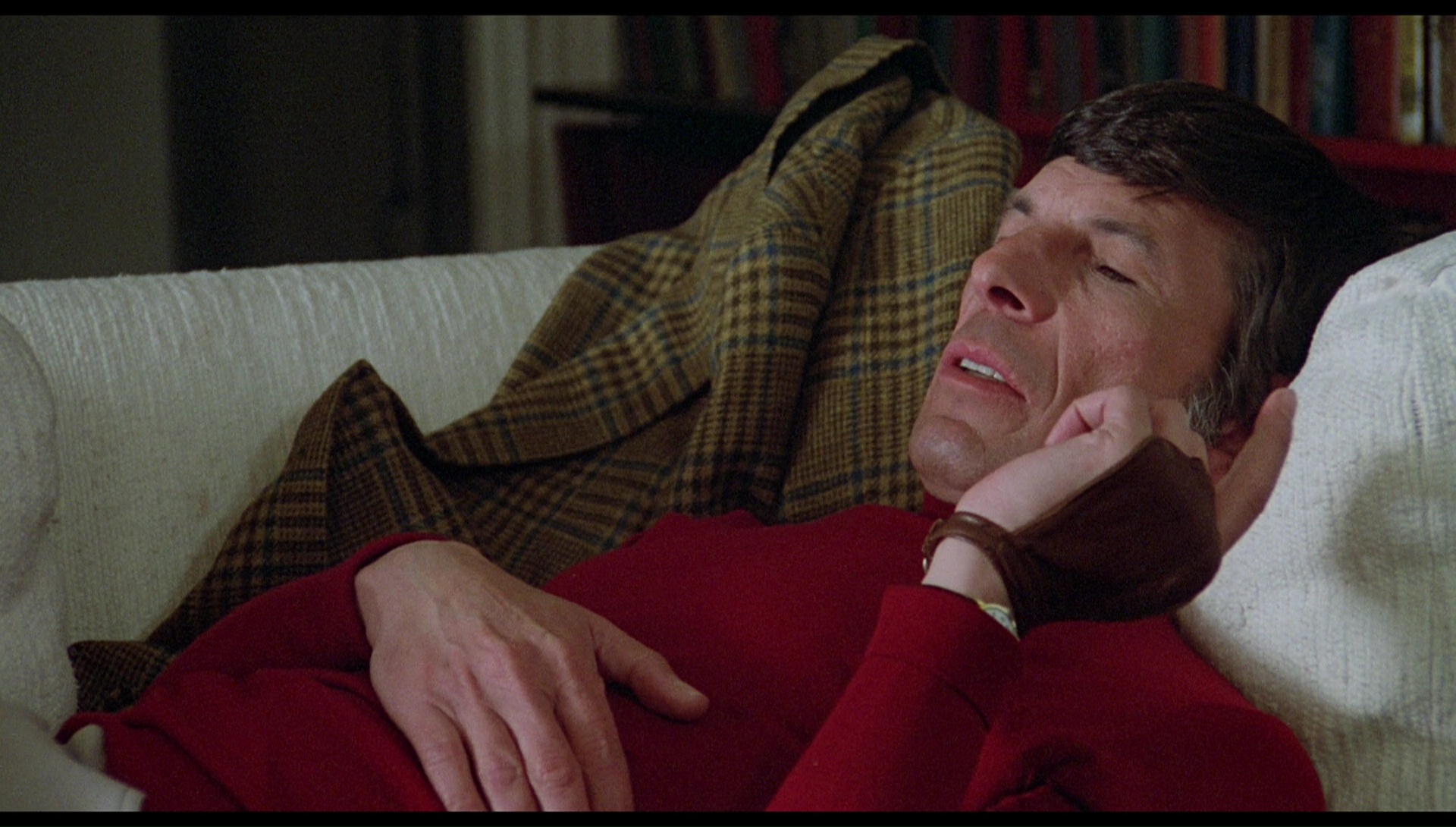 Chapman, and Vogler for a look at how the film aimed to bring a film noir aesthetic to color film; and "Practical Magic: The Special Effects Pod" (4 mins.), focusing on the creation of the opening alien planet scene and pod invasion with Kaufman and special effects artist Howard Preston. In 2010 the same transfer was ported over to Blu-ray, but in the irritating fashion that company also practiced at the time with titles like Carrie and Escape from New York, the extras were all dumped; instead the older DVD special edition was tossed in as an extra, meaning you had to swap discs to watch it in HD and see the bonus material.

Things improved considerably on the Blu-ray front when Arrow tackled its own edition in 2013, culled from the same HD master with English DTS-HD MA 5.1 and 2.0 stereo mixes and English subtitles. This time the extras were all carried over, and some substantial new material was added as well. "Discussing the Pod" (51 mins.) features Kim Newman with directors Norman J. Warren and Ben Wheatley discussing the film's status as a rare revered remake and a major achievement on its own terms; "Dissecting the Pod" (17 mins.) offers insight from film scholar Annette Insdorf, who tries to make an interesting case for the film as a cultural satire within Kaufman's often undervalued body of work; and the 11-minute "Writing the Pod" features Stealing through Time: On the Writings of Jack Finney author Jack Seabrook explaining the origins of the source material and Finney's very wide-ranging career.

In 2016, Americans finally got their own special edition Blu-ray courtesy of Scream Factory. The original commentary, trailer, and MGM featuerettes are all here, of course, but some new and entirely different extras have been commissioned as well. An audio commentary with author/film historian Steve Haberman ties the film in with the preceding film and novel as well as other cinema trends of the period including the pioneering cinematography of artists like Gordon Willis. He also offers bios of pretty much every actor and goes into detail on Kaufman's output as well. "Star-Crossed in the Invasion" (9 mins.) is a fun video interview with the appealing Adams, who should have had a massive career; she speaks glowingly of Kaufman and reveals how she ended up getting a small part speaking Spanish in his most recent film, as well as her anxiety over doing her first nude scene. And yes, she can still do that eye trick. In "Leading the Invasion" (25 mins.), the chatty Hindle talks about growing up a "sci-fi freak" 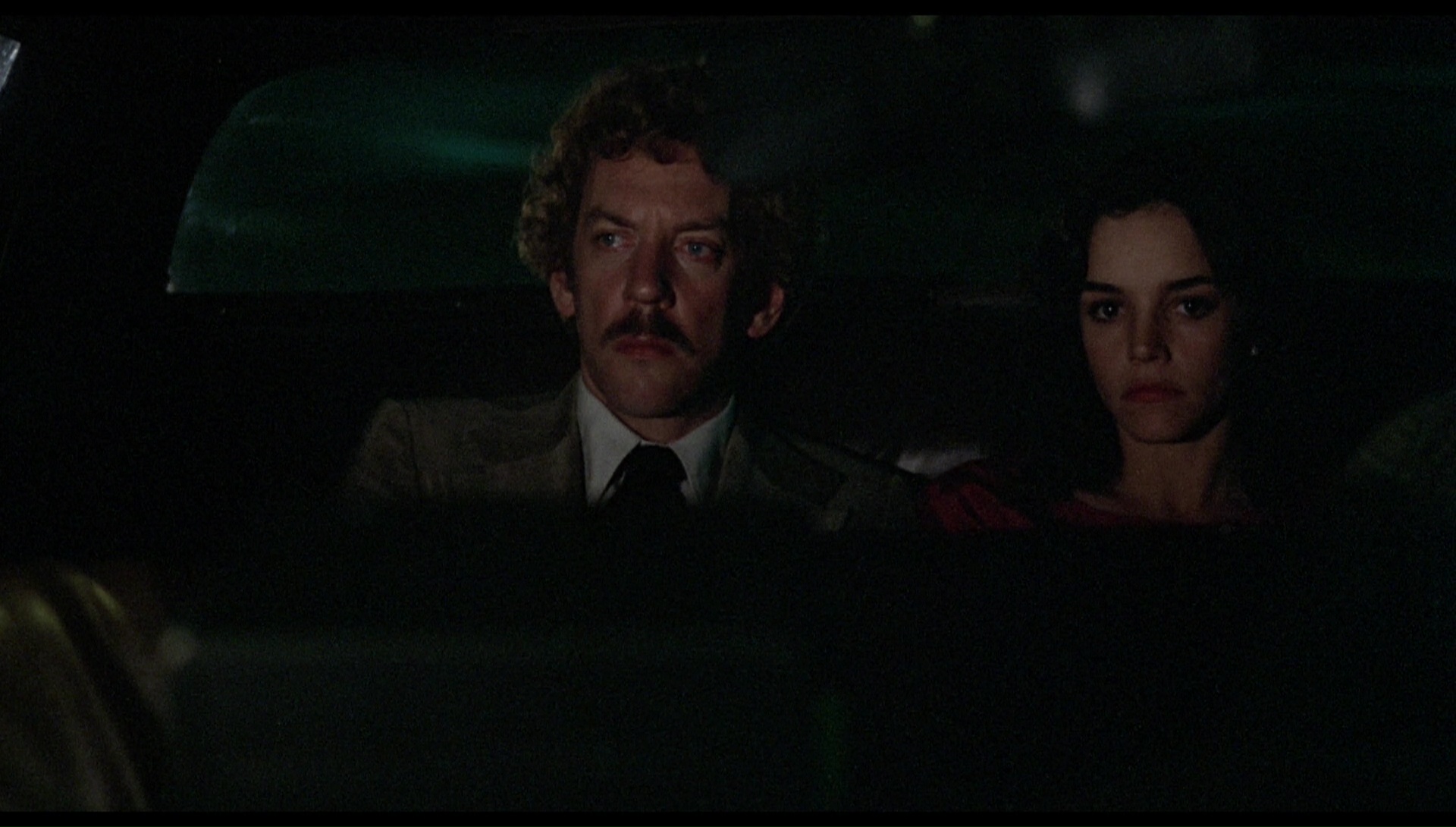 fan of the original and the challenge of being the first major "body snatched" character without giving a flat performance. He also talks at length about working with Nimoy, whose Star Trek fan base was a bit of an issue at the time. Richter gets his own solo piece with "Re-creating the Invasion" (15 mins.) with the future director of The Adventures of Buckaroo Banzai Across the 8th Dimension and Late 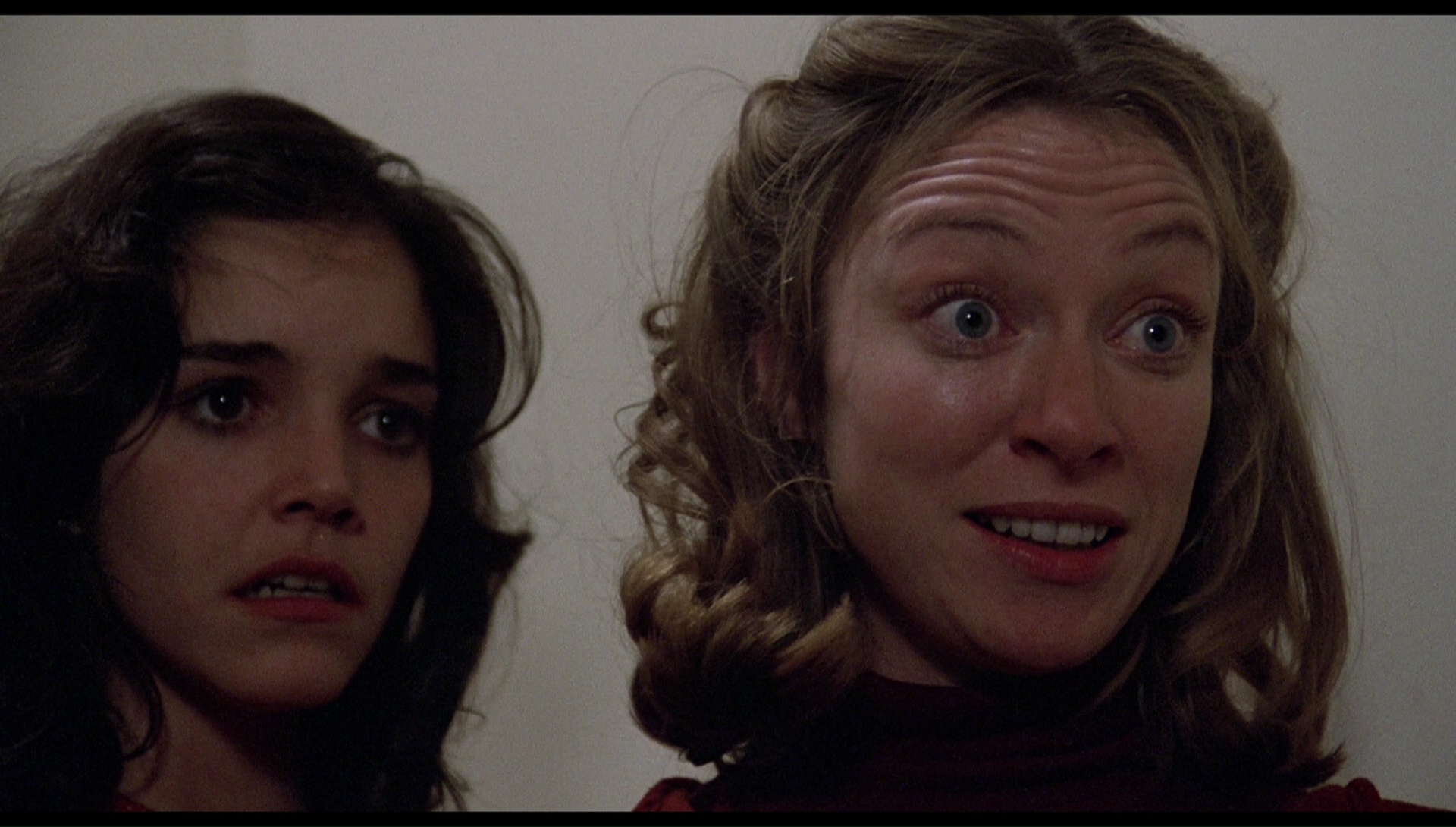 for Dinner recalling his close collaboration with Kaufman and tantalizingly mentions doing some location scouting for a potential small town version, as well as explaining the film's two cameo roles (Siegel and a great bit for McCarthy reprising his original role with a very dark twist). He also has a bit of a different take on Nimoy, too, though it helped the reserved nature of the character he played. Zeitlin gets center stage for "Scoring the Invasion" (15 mins.), in which he explains how he intentionally avoided the original film and tried to write something as fresh and different as possible. (He definitely succeeded.) In addition to the trailer there's also some fresh bonus promotional material including a pair of really wild TV spots and a 6-minute gallery packed with posters, stills, lobby cards, and other ephemera. For Finney fans there's also a great bonus as well: "Time Is Just a Place," a 25-minute episode of Science Fiction Theatre directed by Universal sci-fi specialist Jack Arnold. The 1955 color tale from a Finney short story about a couple whose technologically inept neighbor claims he's invented a breakthrough robot. (If you like this, the whole series is available as an 8-disc set from Timeless via Shout! Factory.)

Then there's the big issue: how does it look? The packaging notes a new 2K transfer from the interpositive, the first fresh transfer the film's received in a decade. Audio-wise it's the same deal with good albeit limited DTS-HD MA 5.1 and stereo options (and English subtitles), but visually they're quite different. The new transfer reveals additional information on all four sides of the frame, sometimes substantially so on the bottom, which can be seen by comparing any frame grabs in this review from the Scream Factory release to the Arrow ones below. Colors are also dialed down to more natural levels here, with the older MGM transfer looking redder and more boosted by comparison. Contrast also improves; white areas that tended to verge on blowing out before now look much more detailed and under control. The older transfer was quite nice for its time, but the updated revisit definitely makes a difference. All told, it's a very welcome upgrade for a film that's an essential part of any self-respecting sci-fi or horror fan's movie library. 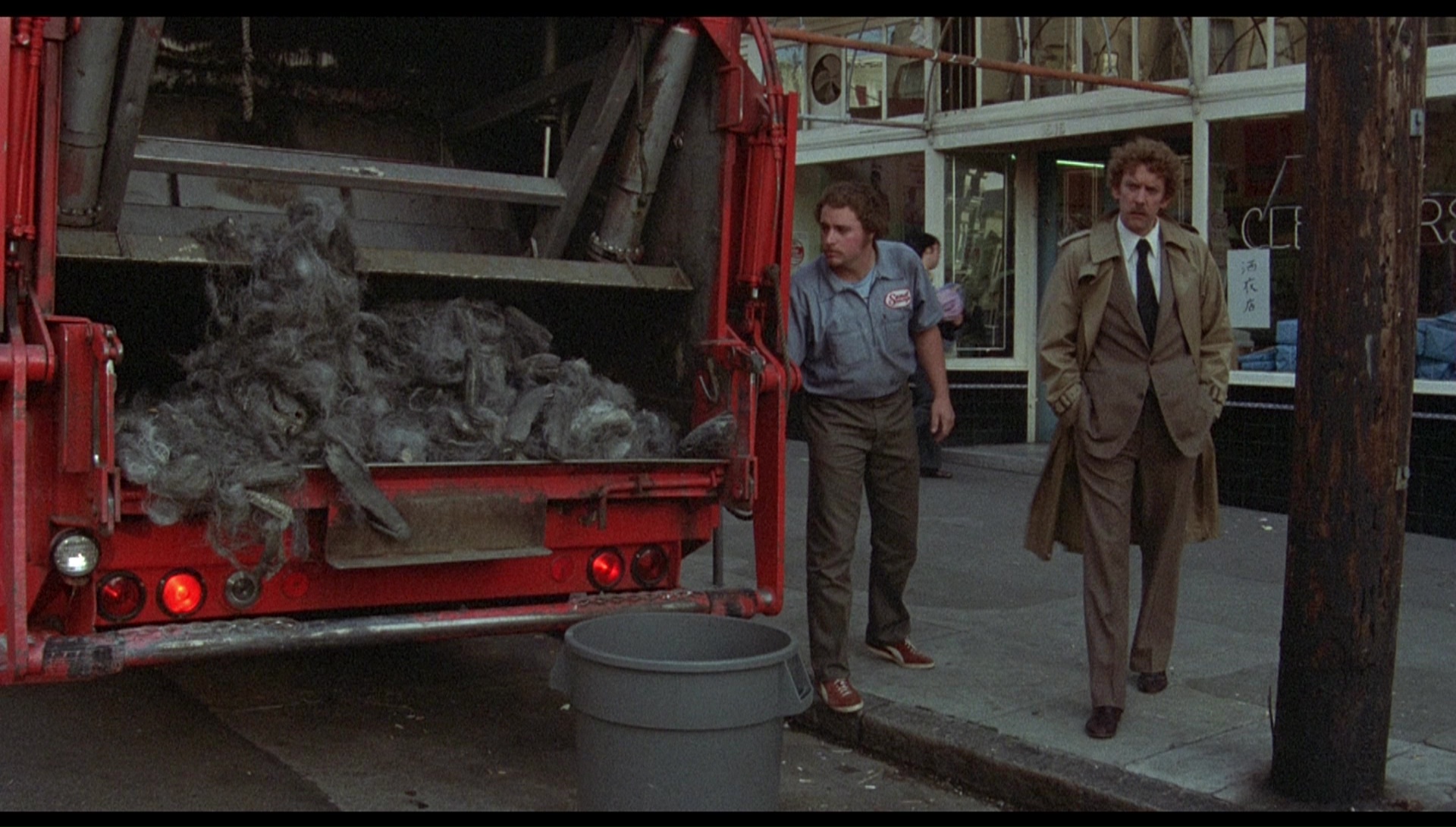 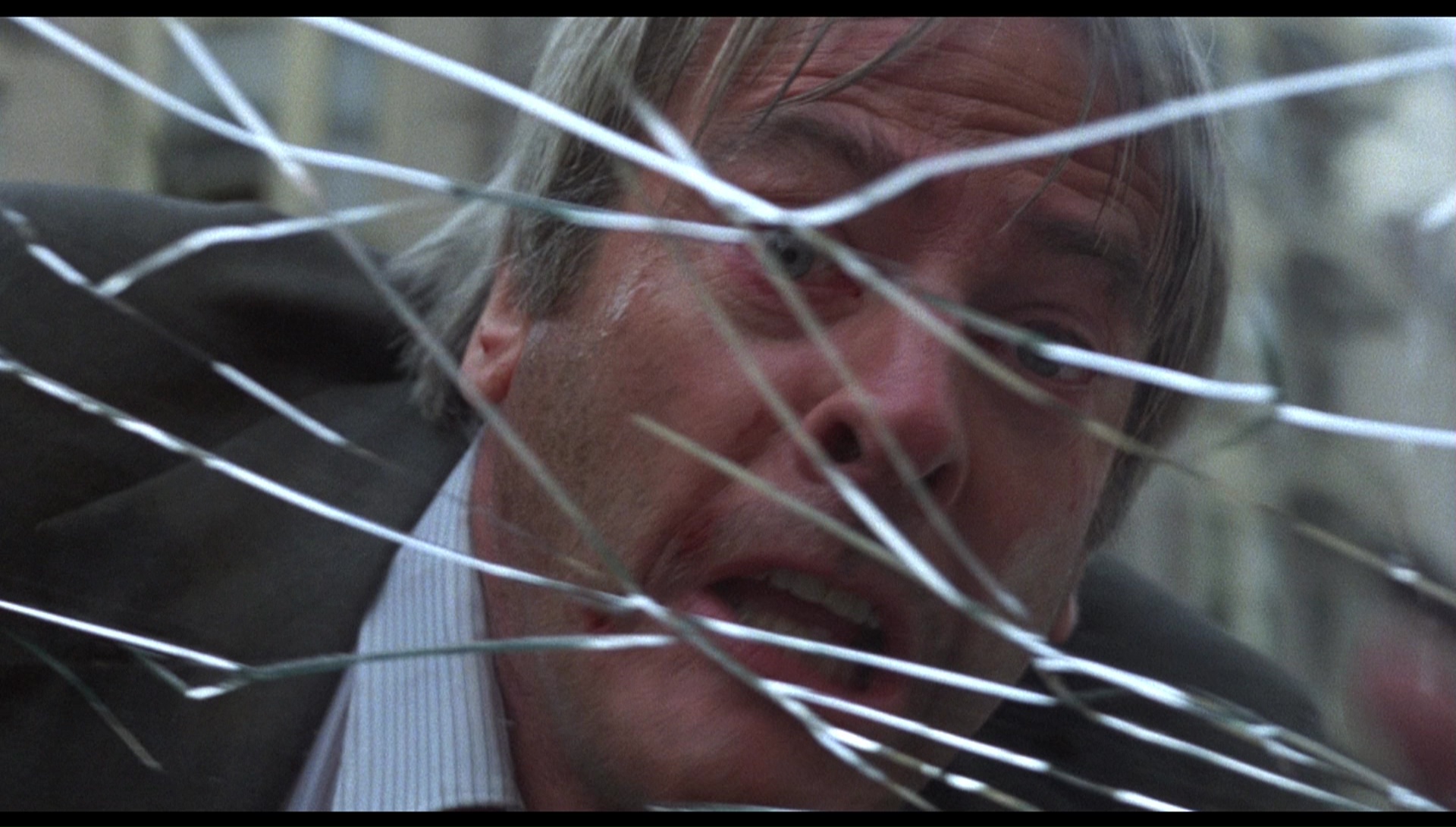 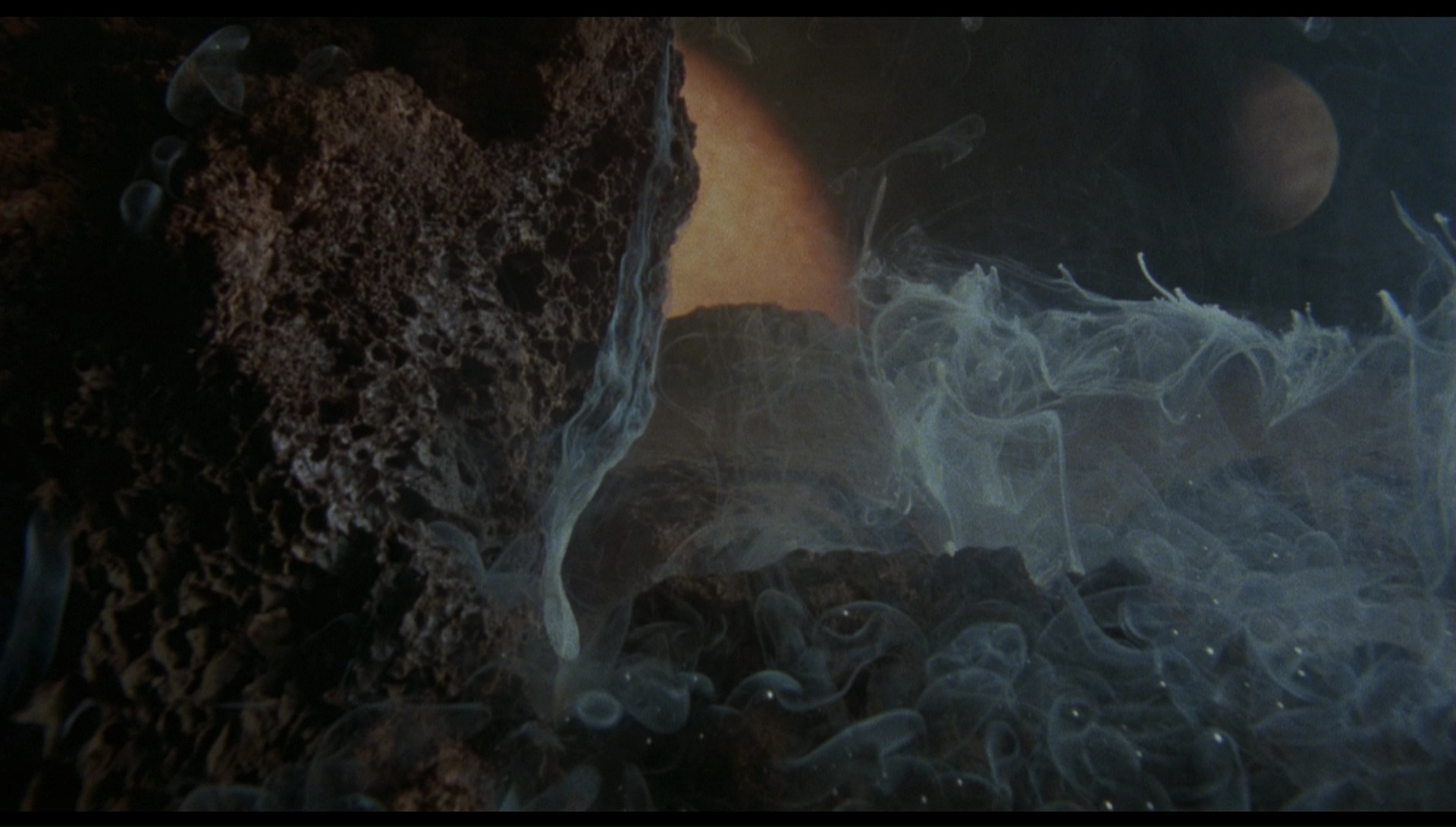 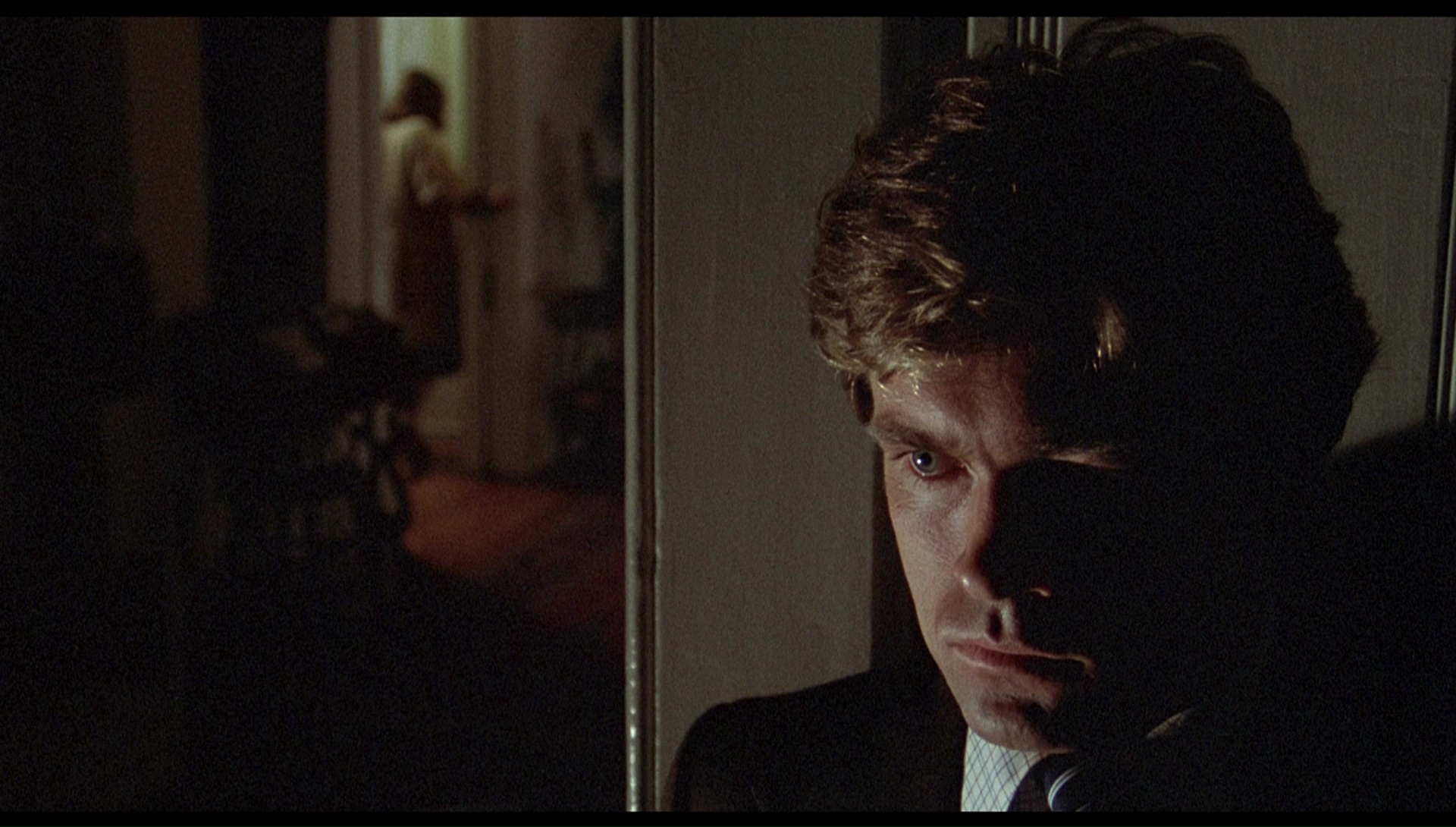 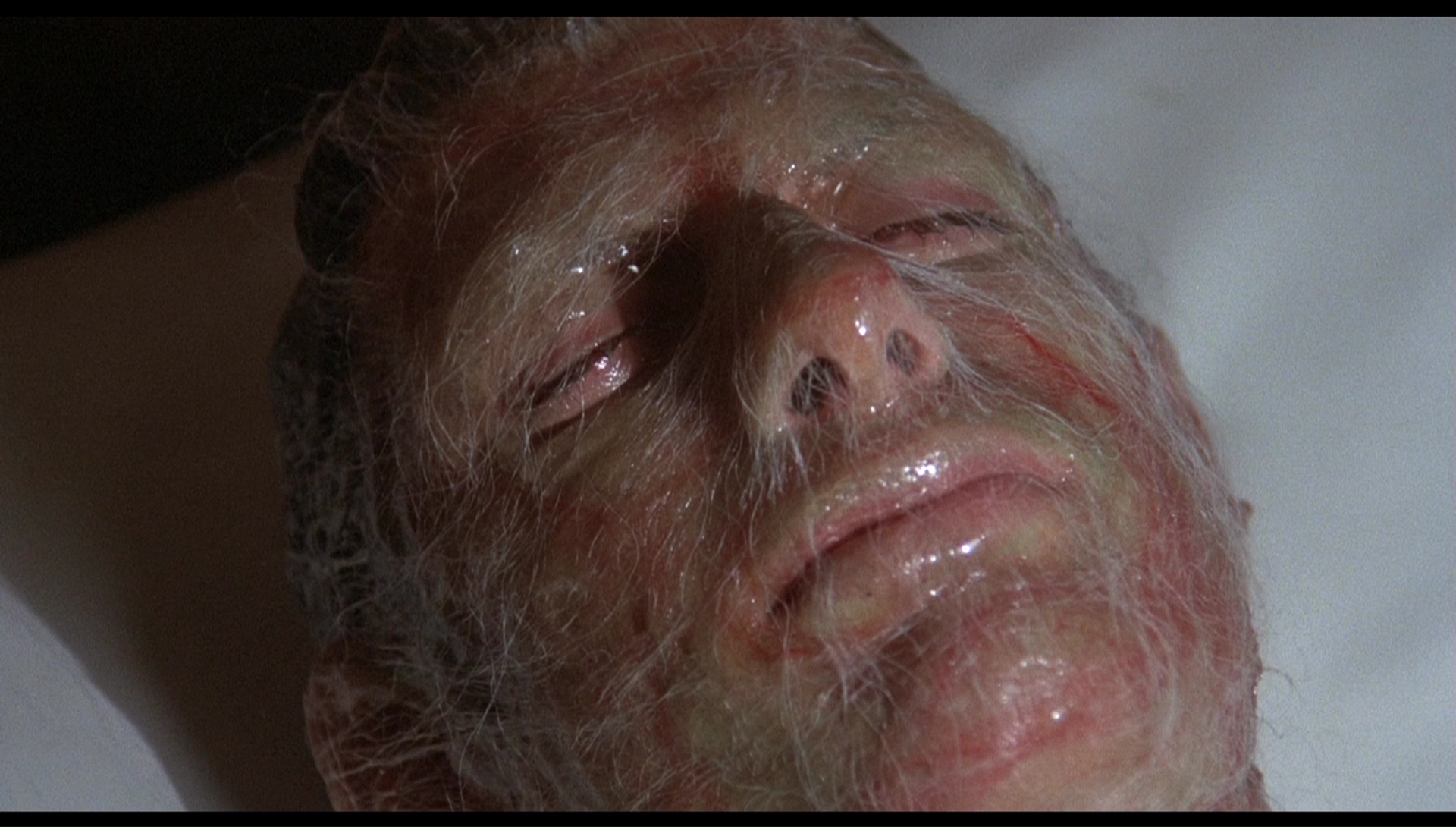 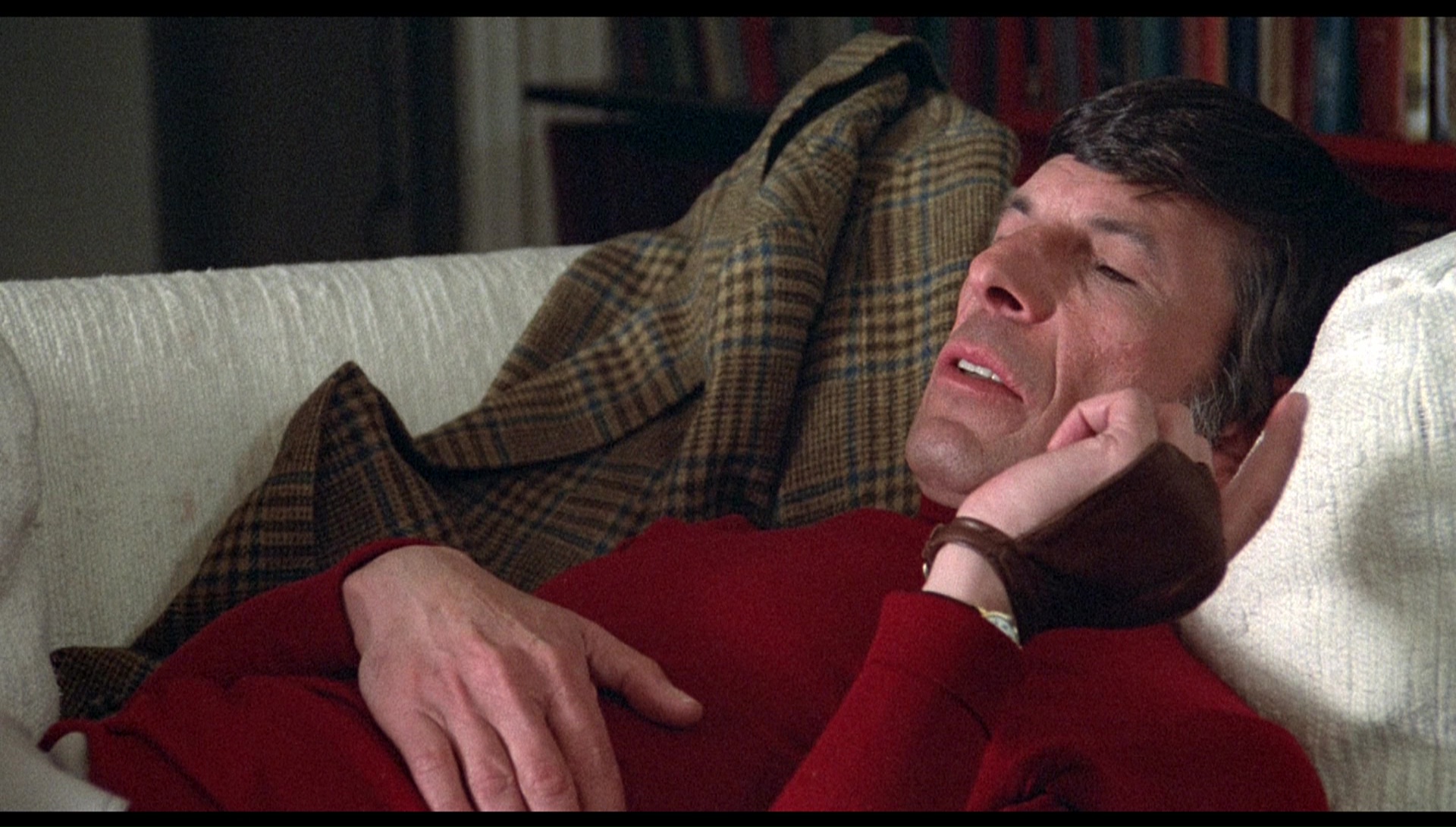 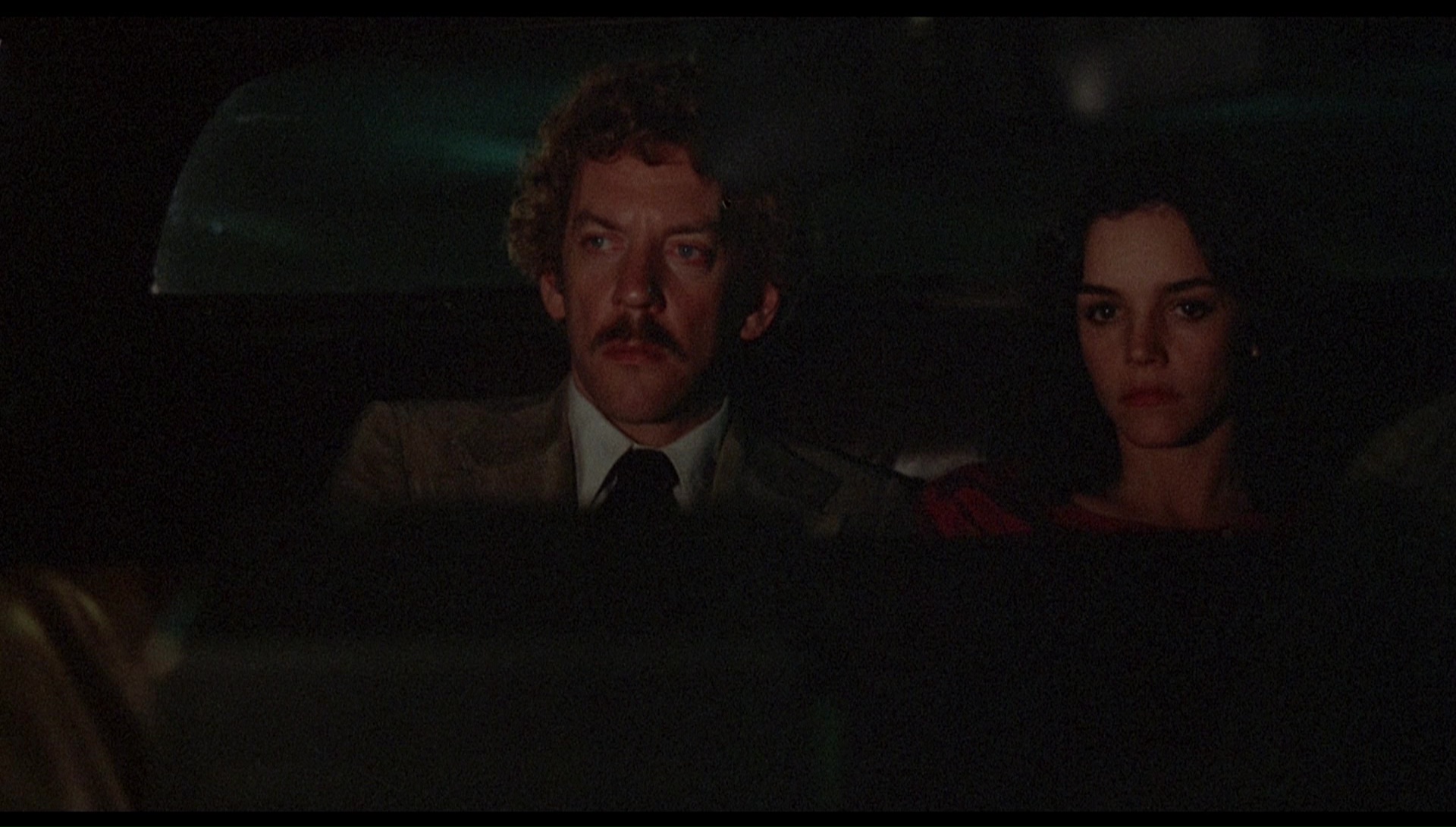 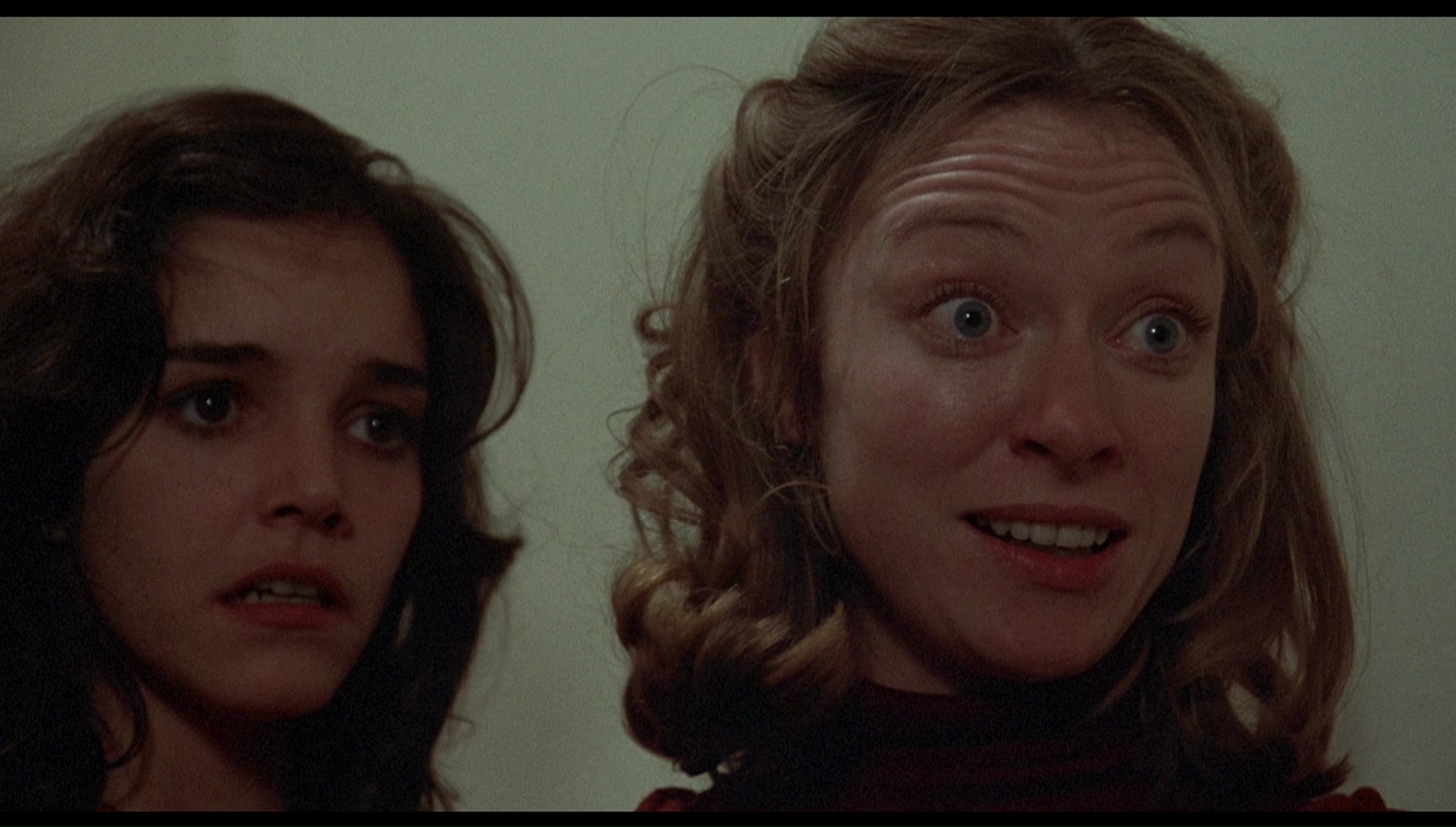