For horror fans raised during the slasher glut of the '80s and afterwards, adapting to the socially twisted terrors of the 1970s can be an uphill battle. The decade really kicked in with the 1973 domestic, commercialized terrors of The Exorcist before plunging into the dangerous territory of David Cronenberg's early works (specifically Shivers, Rabid, and The Brood) and Philip Kaufman's astonishing 1978 reinvention of Invasion of the Body Snatchers, films which pondered whether all of these psychoanalytic, hot-tubbing, free-wheeling, substance-abusing lifestyles might have some nasty consequences down the road. 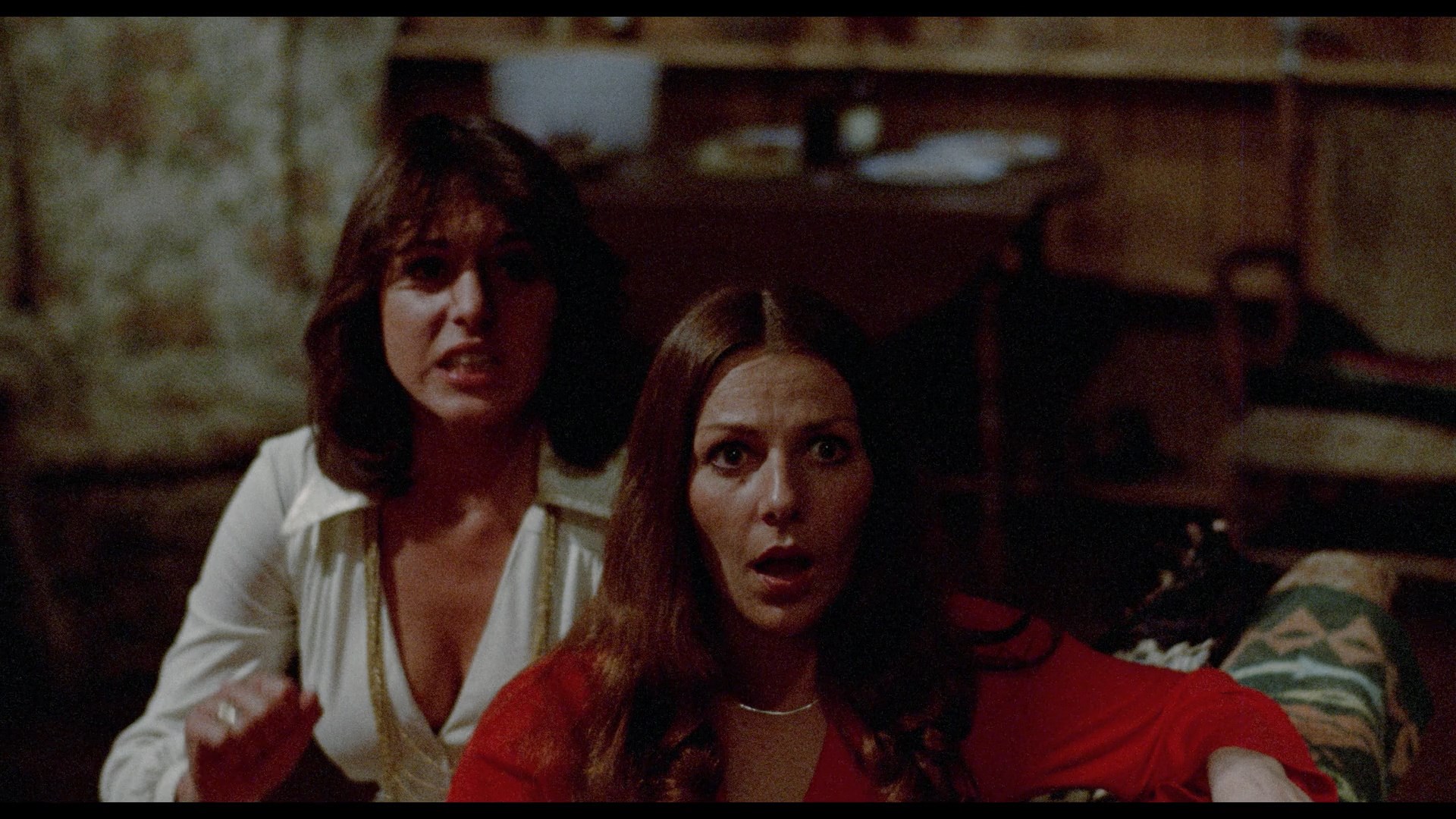 In real life they did, of course, as the early 1980s proved, and Blue Sunshine now feels prophetic in its depiction of a post-1960s culture ripping apart at the seams as it tries to dissolve back into normal, capitalist society. As a horror film there isn't much aggressive shock material on display; the unease of Blue Sunshine lies instead in its queasy sense of the mind and body breaking down without any control, all accompanied by a nerve-jangling score that sounds exactly like a musical nervous breakdown.

In an eerie opening montage, a group of young adults find their hair falling out and their behavior gradually becoming more aggressive and jittery. The first major warning sign comes at a small party out in the woods, where a crooning party clown, Frannie (played by Billy Crystal's brother, Richard), loses his wig to reveal a bald dome underneath, then promptly goes berserk and kills those around him by stuffing them in the fireplace. Good guy Jerry (future Red Shoe Diaries producer Zalman King) chases the lunatic into the road, where he's promptly run over by a truck and leaves Jerry with all of the blame. Now a man on the run, Jerry consults a friendly doctor (Robert Walden) and follows a trail of clues to track down a chain of potential murderers, all bred from a nasty batch of experimental LSD taken by Stanford college students years before. Jerry also learns that the man responsible for this chemically-induced madness might also a prominent, respectable politician; even worse, the decade time bomb imbedded in the drug means a whole slew of new killings might begin. 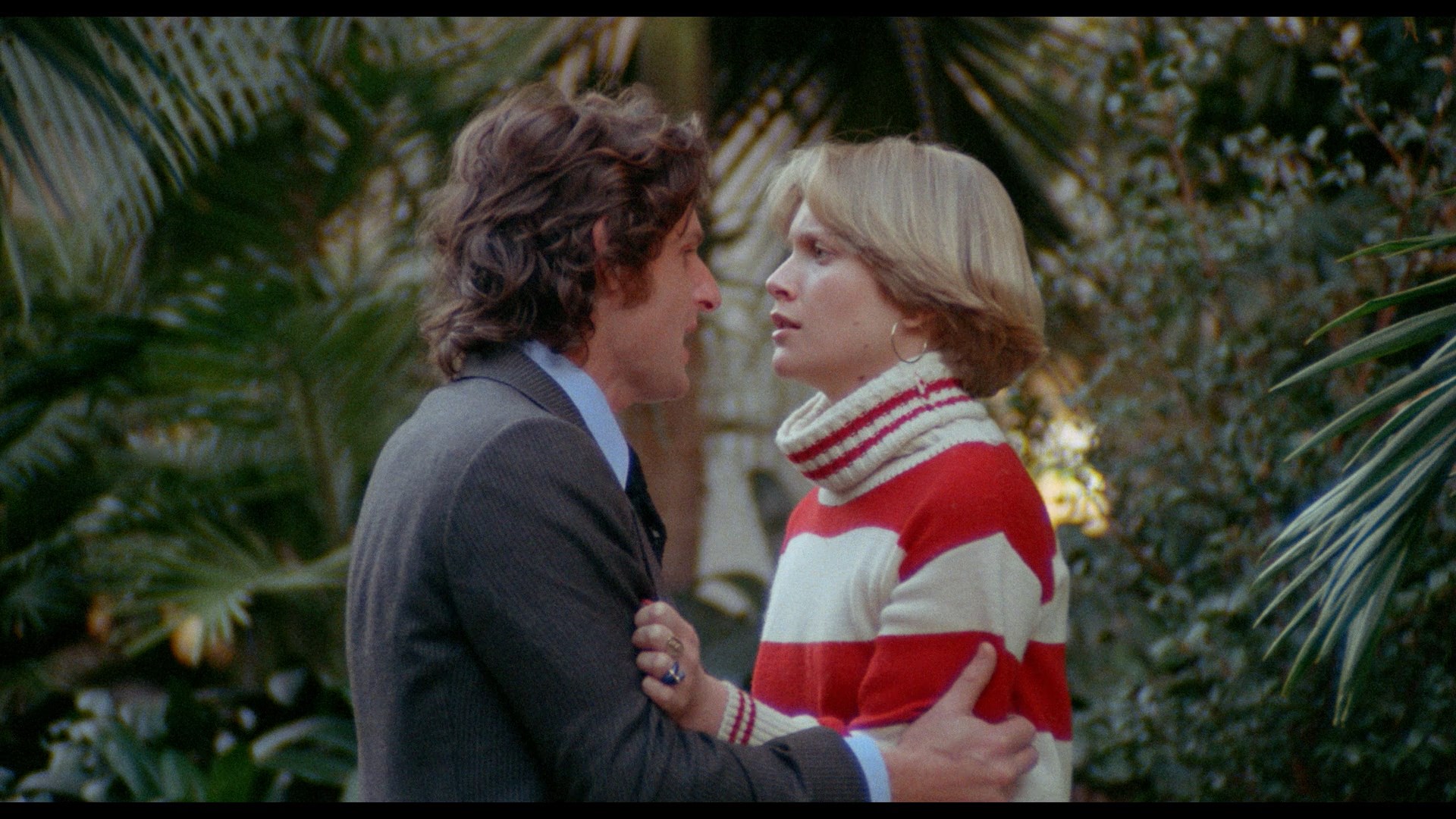 Director Jeff Lieberman apparently felt the urge to provide his own twist on various exploitation genres during his early career, starting with rampaging nature (worms, in his case, courtesy of Squirm and continuing with this, a response to the drugsploitation films of the late '60s. He finished his drive-in trilogy five years later with the Deliverance-inspired wildernerness terror outing, Just Before Dawn, before settling into more routine cable and home video fare. Blue Sunshine is arguably the slickest and certainly the strangest of the bunch, with bizarre tonal shifts and strange plot U-turns comparable only to Larry Cohen's God Told Me To. As usual King's acting ability ranges from mannequin-style passivity to shrieking overacting (no wonder he decided to move behind the camera), but the approach here is almost appropriate as the film builds to its fever-pitched, department store finale. The visuals of grimacing bald people running around with butcher knives and plunging off buildings offer some palpable chills, and Lieberman throws in some stylish flourishes like a discotheque attack sequence later aped in Scream 2 of all things. 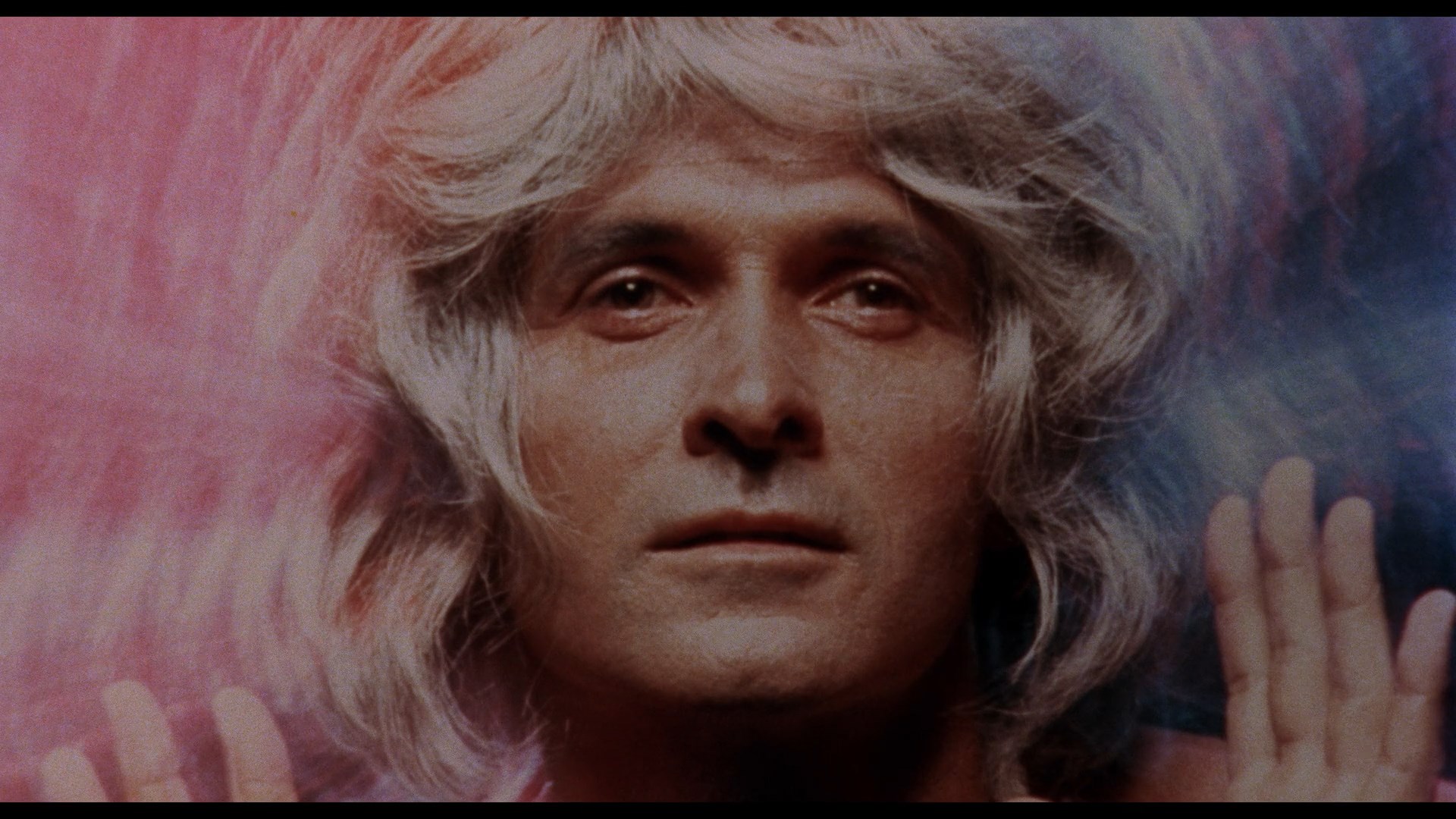 An early home video staple courtesy of Vestron, Blue Sunshine disappeared for several years (how appropriate) before resurfacing courtesy of Synapse's deluxe, digitally scrubbed edition. Taken from the best surviving 35mm print, the transfer looks quite nice overall, with rich colors and a faint sheen of film grain to remind you that this did indeed play movie houses. Scratches and scuffs have all been carefully removed, as demonstrated by a nice restoration demo piece on the DVD. The original mono mix is included, but those looking for some audio-related thrills will get a kick out of the 5.1 mix. Almost absurdly aggressive, this is demo material as all five speakers get a workout throughout most of the running time. Even the innocuous sound of a crackling fireplace is dramatically foregrounded in an early scene, bursting from the front speakers with unnerving impact. Lieberman contributes a number of extra features, beginning with an audio commentary in which he discusses with moderator Howard Berger the ins and outs of low budget shooting, the obstacles posed by the production, and the problems with creating multiple bald people on film. An early Lieberman short film, "The Ringer," is a stylized parody of Afterschool Special-style alarmist educational films, complete with dizzying close-ups and stern monologues. Then he turns up again for "Lieberman on Lieberman," a half hour career overview in which he discusses everything from his big break to his most recent activities. The disc is rounded out with a still gallery and the creepy theatrical trailer, which must have turned a few heads at the drive-ins. The first pressing of the disc includes a second disc, the complete music score on CD, which is guaranteed to disrupt the happy mood at any party.