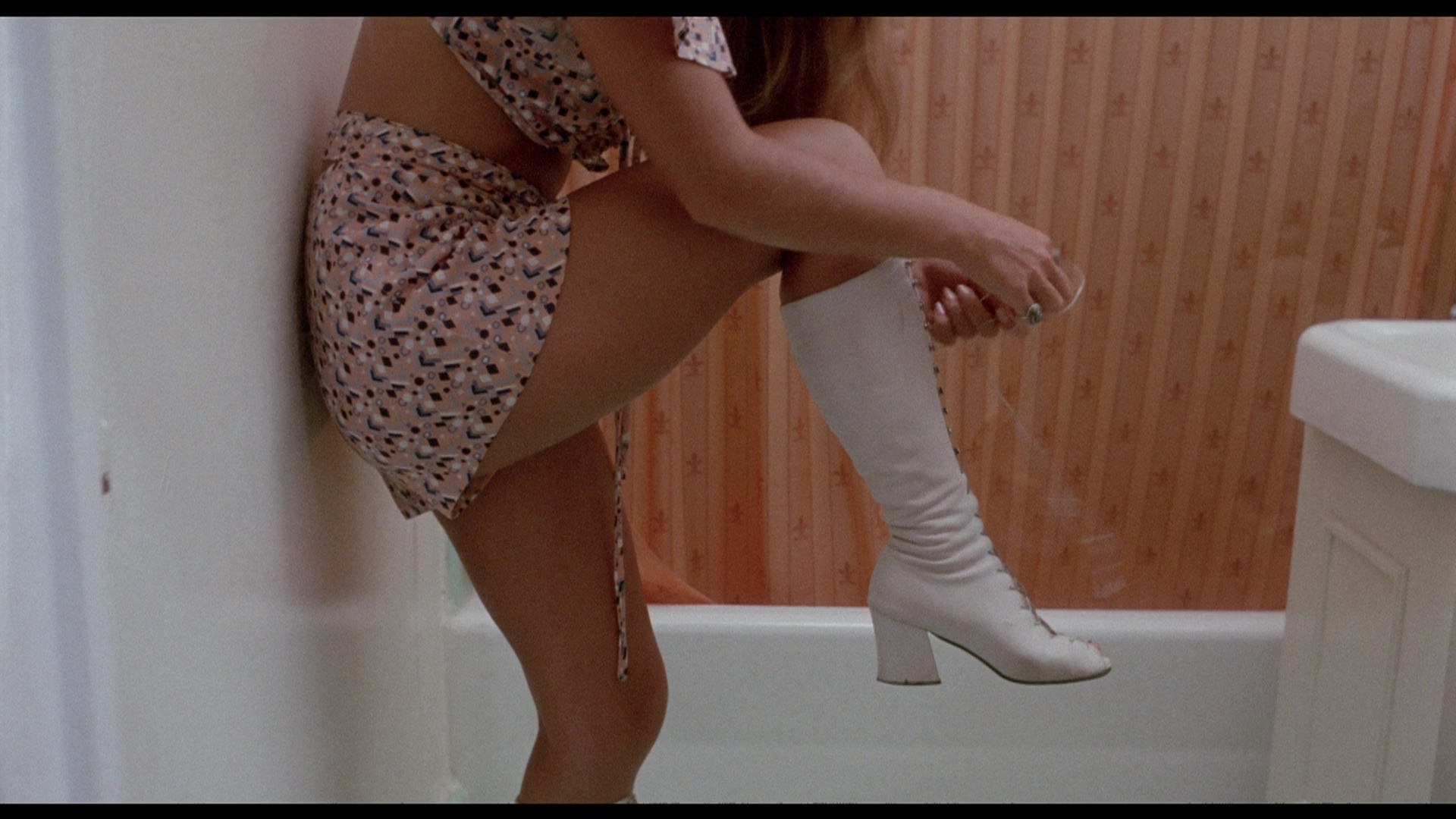 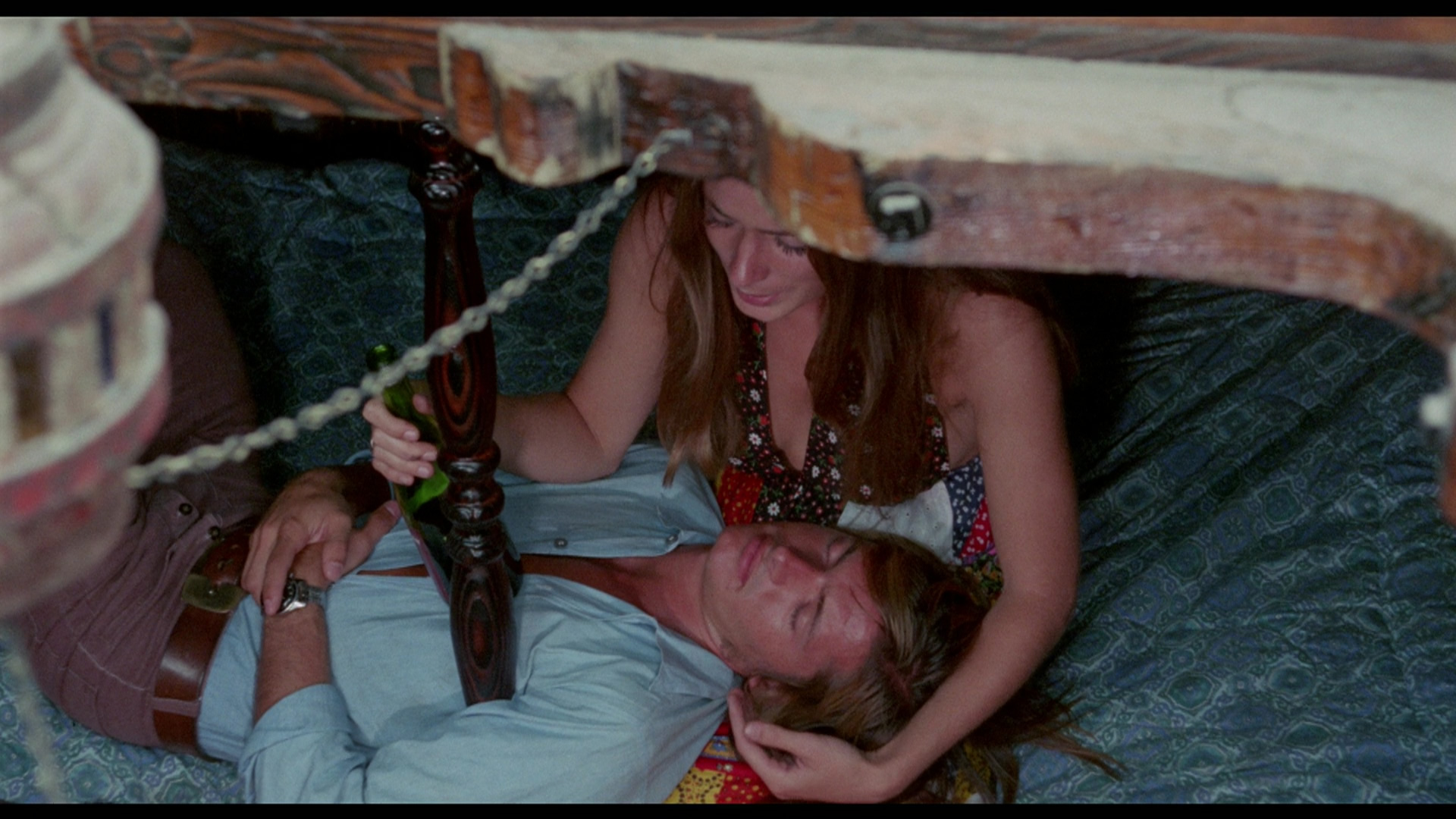 Happily married to Lisa (beautiful softcore staple Mills) with a young child, the narcissistic Jim (Patrick) spends his days cranking out quick adult films in empty warehouses and random beach side apartments. An avid sailboat buff, he dreams of crossing the world's oceans and wants to save up enough cash to make it happen. However, his plans and lifestyle are being threatened by infidelity with his actresses, an encroaching potential police bust, and the difficulty of pulling out of a business that comes with far more strings attached then he first realized.

This film was a passion 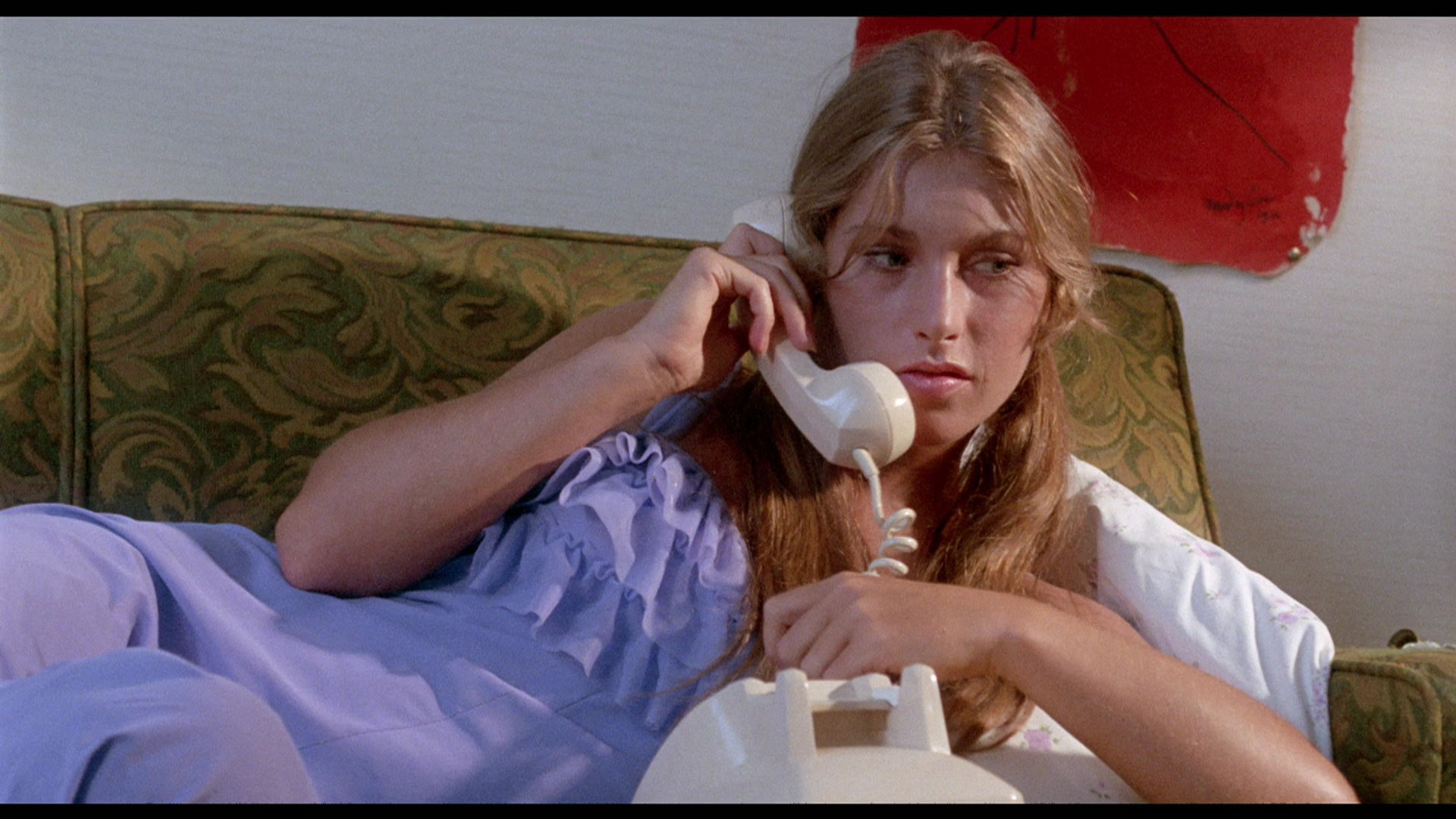 project of sorts for Alain Patrick, an actor and occasional director who popped up in a variety of exploitation and studio films ranging from The Freudian Thing to and Thar She Blows! to Drum. Casual viewers have frequently given a thumbs 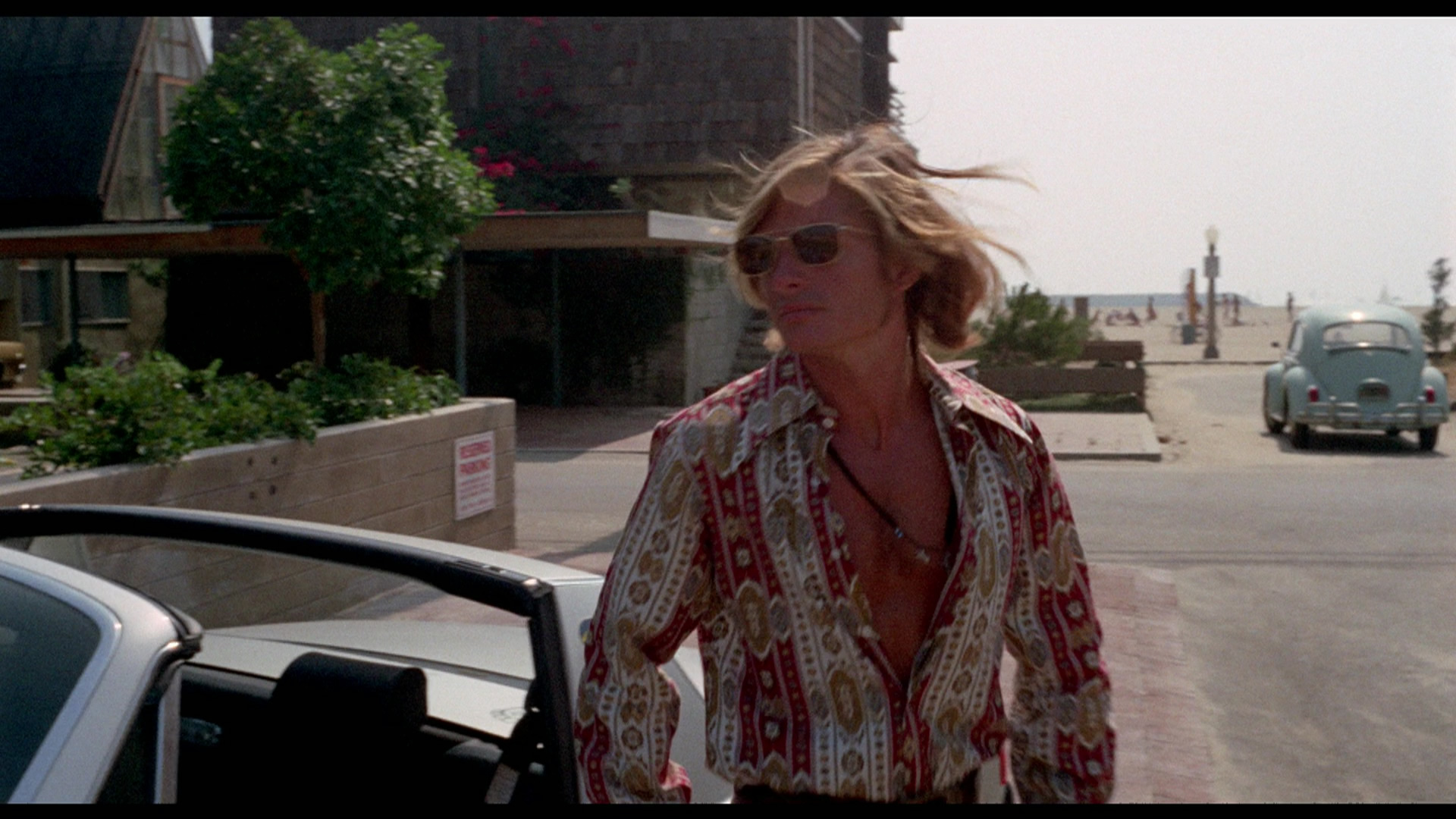 down to this one since they're expecting either a titillating T&A fest or a trashy crime film, and it refuses to really fall into any one category. There isn't even much of a linear plot per se, just a snapshot of a man at a crossroads in his life within an industry only a handful of people get to experience from the inside. The sex scenes on the job are pretty unflinching (this was initially slapped with an X rating and later downgraded in edited form to an R), and skin flick fans will get a kick out of seeing some of Patrick's talent including such familiar faces as Suzanne Fields, Marie Arnold, Sandy Dempsey, and even Widow Blue's Alex Elliot as the sound guy. Keep an eye on the vice cops, too, who include producer Bob Chinn (a porn legend in his own right) and actor Gary Kent, who was about to make Schooolgirls in Chains. Patrick isn't much of an actor (and his thick French-Canadian accent results in some awkward line delivery), but he definitely seems to have a feel for the business. (Mills, on the other hand, is quite good.) The vibe here is very close to some of the counterculture SoCal films that were being churned out around this time (most of them now forgotten) like Cover Me Babe, so as long as you know what you're in for, there are plenty of rewards to be found.

Blue Money first appeared on DVD in 2009 from BCI as part of a Crown "After Dark Thrillers" box, despite the fact that this could only very marginally be considered a thriller at all. Then again it was packaged with Click, Double Exposure, French Quarter, Hot Target, 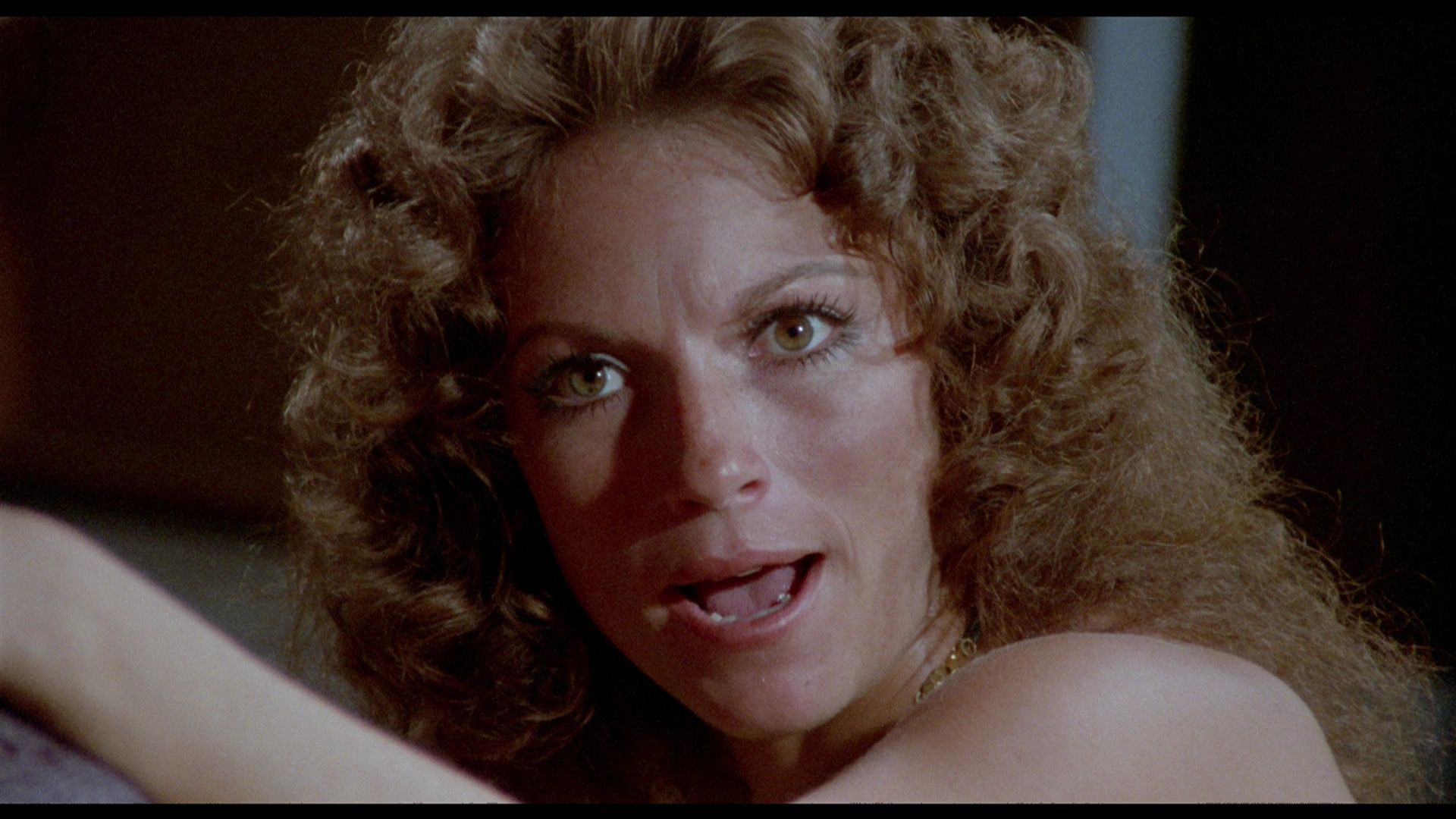 Night Club, Pick-Up, and Separate Ways, so we're talking about a pretty loose definition of the term here. The 2017 dual-format Vinegar Syndrome Blu-ray and DVD set sports a new widescreen transfer from a 2K scan of the original negative (which, in typical Crown fashion, looks immaculate with often blazing colors). This also marks the first time the uncensored X-rated cut has been 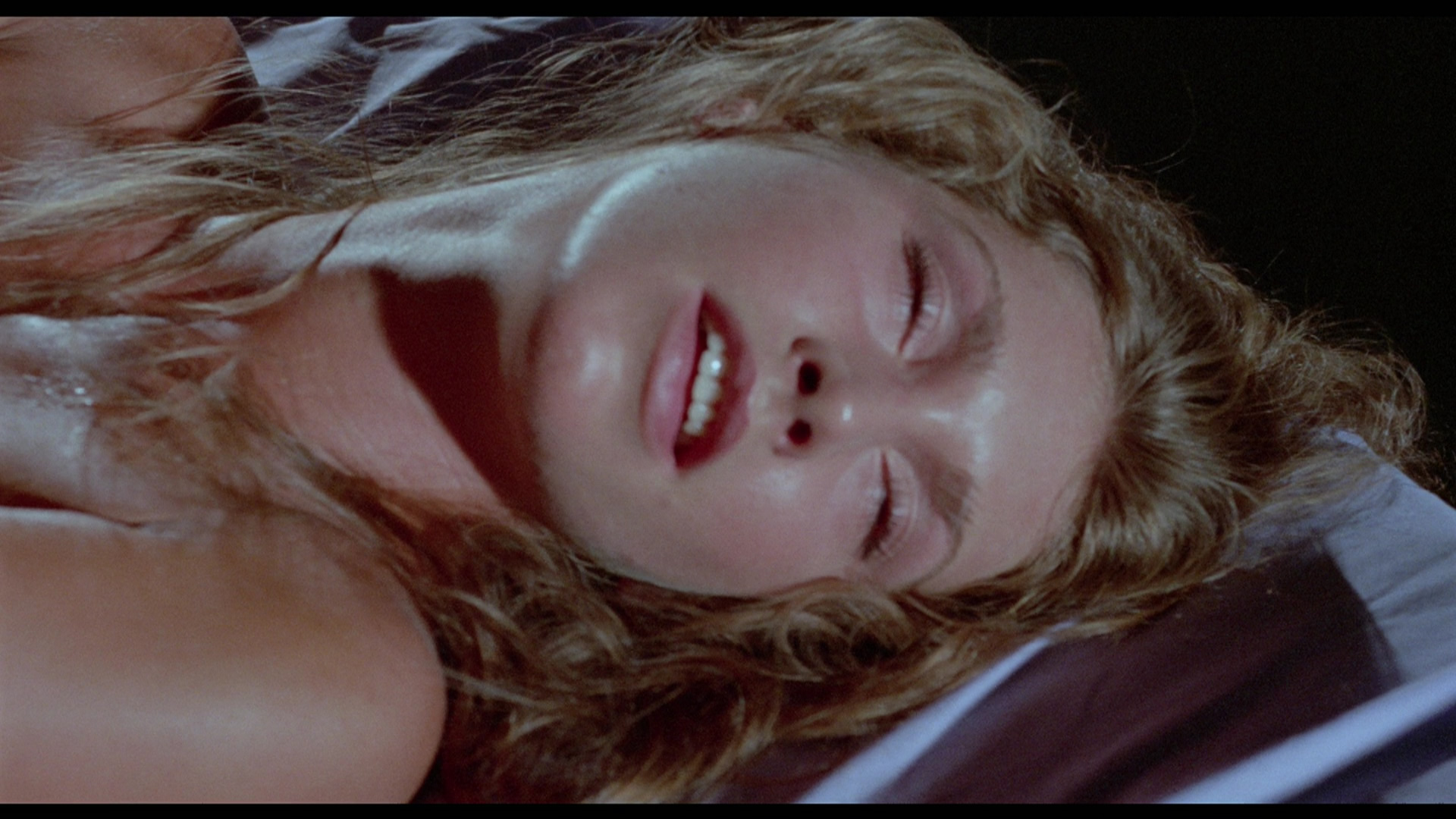 released on home video; that's a soft X, by the way, but the added footage skirts very close to unsimulated territory at times with some female genital stimulation that could raise a few eyebrows. It's a ton of footage, too, clocking in a full ten minutes longer than the older DVD release (which looks like a very mild made-for-TV movie by comparison). The DTS-HD MA English mono audio sounds immaculate, with English SDH subtitles provided. The big new extra here is the 13-minute "Making Blue Money" interview with Chinn, who gives an overview of his entry into film production and the cameraman jobs on adult films that gave him the background to finance this film. He also ties this to his film The Rise & Fall of Ricky Shuter and talks about the move from using single hardcore segments in films (that could be removed by censors) to full-on explicit features with "redeeming social significance" to avoid the vice squad. Also included are the theatrical trailer ("They were not bad girls, but they needed money badly!"), a 2-minute promotional still gallery, and, oh yeah, and entire second feature: The Affairs of Aphrodite, a 1970 softcore film Patrick directed just before this one. Basically it's a cheap T&A romp set in the world of Greek mythology with god siblings Aphrodite and Apollo pretty much sleeping with everyone in sight and taking a bunch of love slaves, one of them the lesbian queen Sappho in disguise. The main star here is Antoinette Maynard, a.k.a. future porn veteran Lilly Foster, with a succession of actresses dropping their Greek robes (while the actors inexplicably keeps their on, even during a big tub orgy at the end). The print here is in pretty rough condition, but it's a great little bonus to have and perfectly satisfying given the rarity of the film itself.