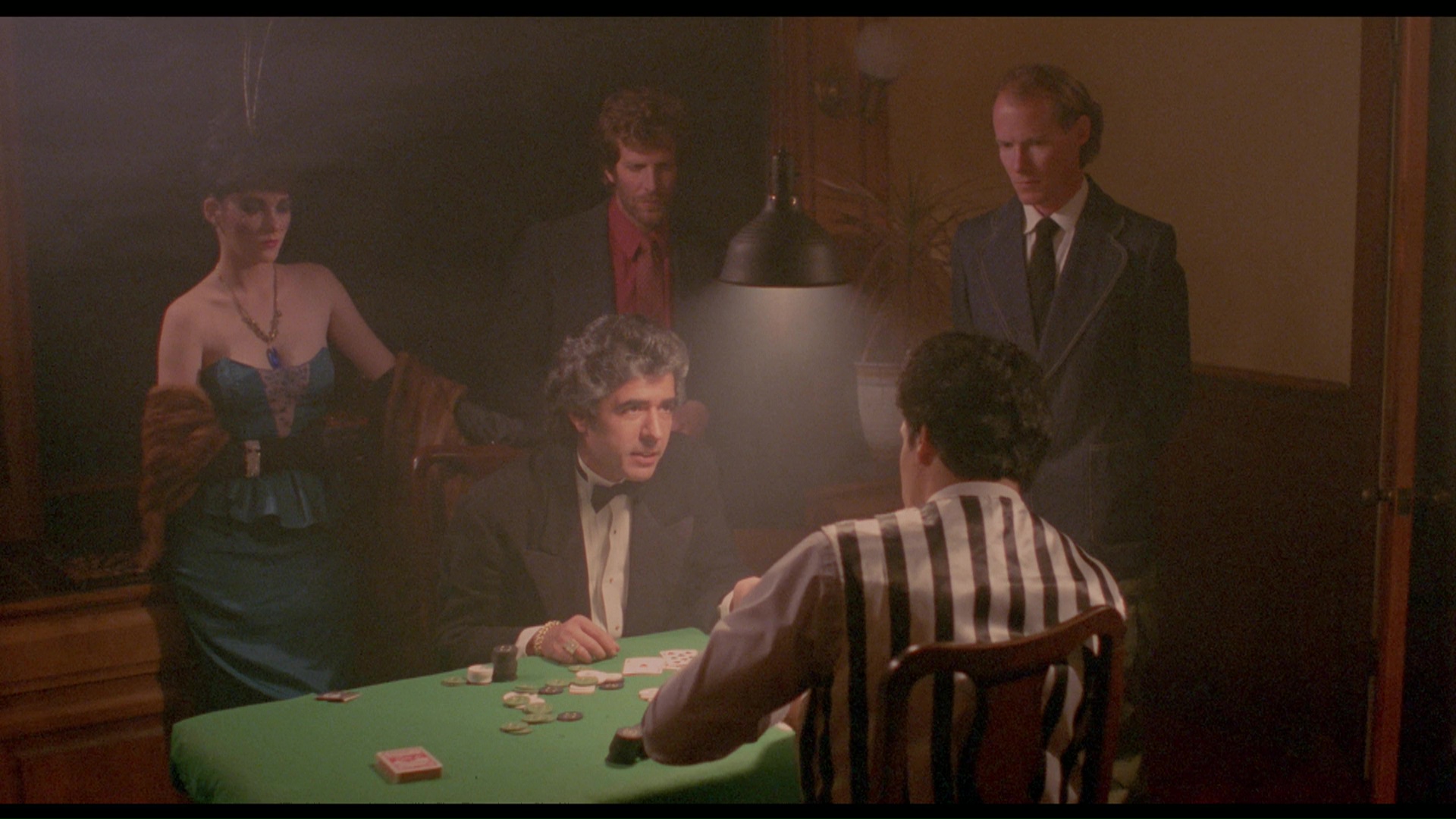 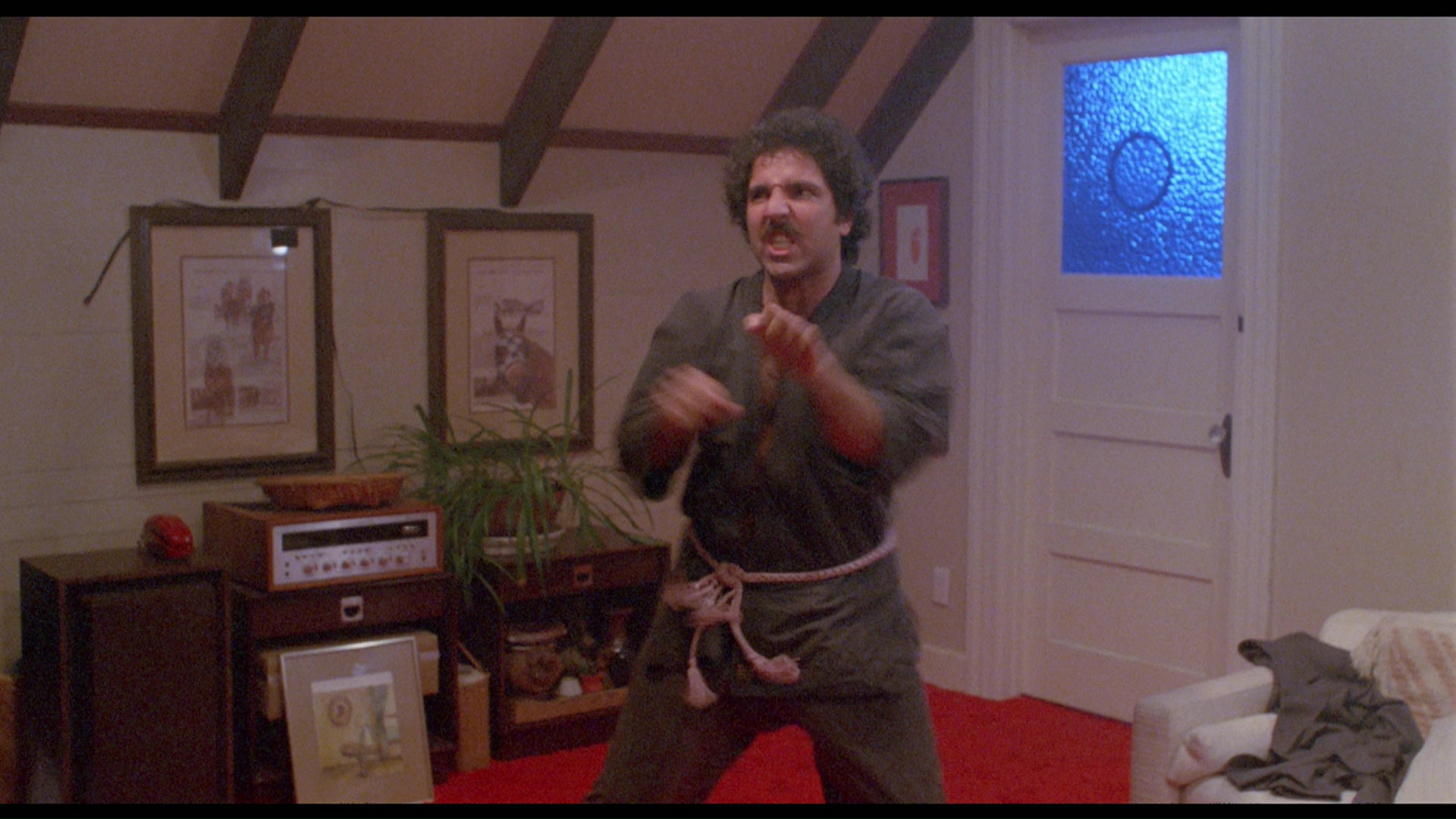 A very valuable, very mysterious rare book has become the holy grail for a motley crew of collectors, including the wealthy Big Man (Gillis in a glorified cameo) who hires Singer to track it down. Singer’s participation is clinched by the appealing lure of Messina (Lorians), the high roller’s mistress, who drifts in and out as the gumshoe becomes entangled with a secret society of escaped Nazi war criminals and apparent sex deviants led by the decrepit, sinister Anton Stuttgart (Salem’s Lot’s Nalder). As it turns out, the book (whose blue diamond-encrusted exterior is the source of the film’s title) turns out to have a greater value than Singer could have imagined,barreling him towards a psychedelic and very glittery climax.

As a standard adult film this one probably won’t do the trick for most viewers unless they have a particular kink for randomly interrupted sex scenes usually taking place in front of giant swastikas. On the other hand, if you want to see a psychotic blend of Nazisploitation, hardboiled mystery, and kinky disco-style 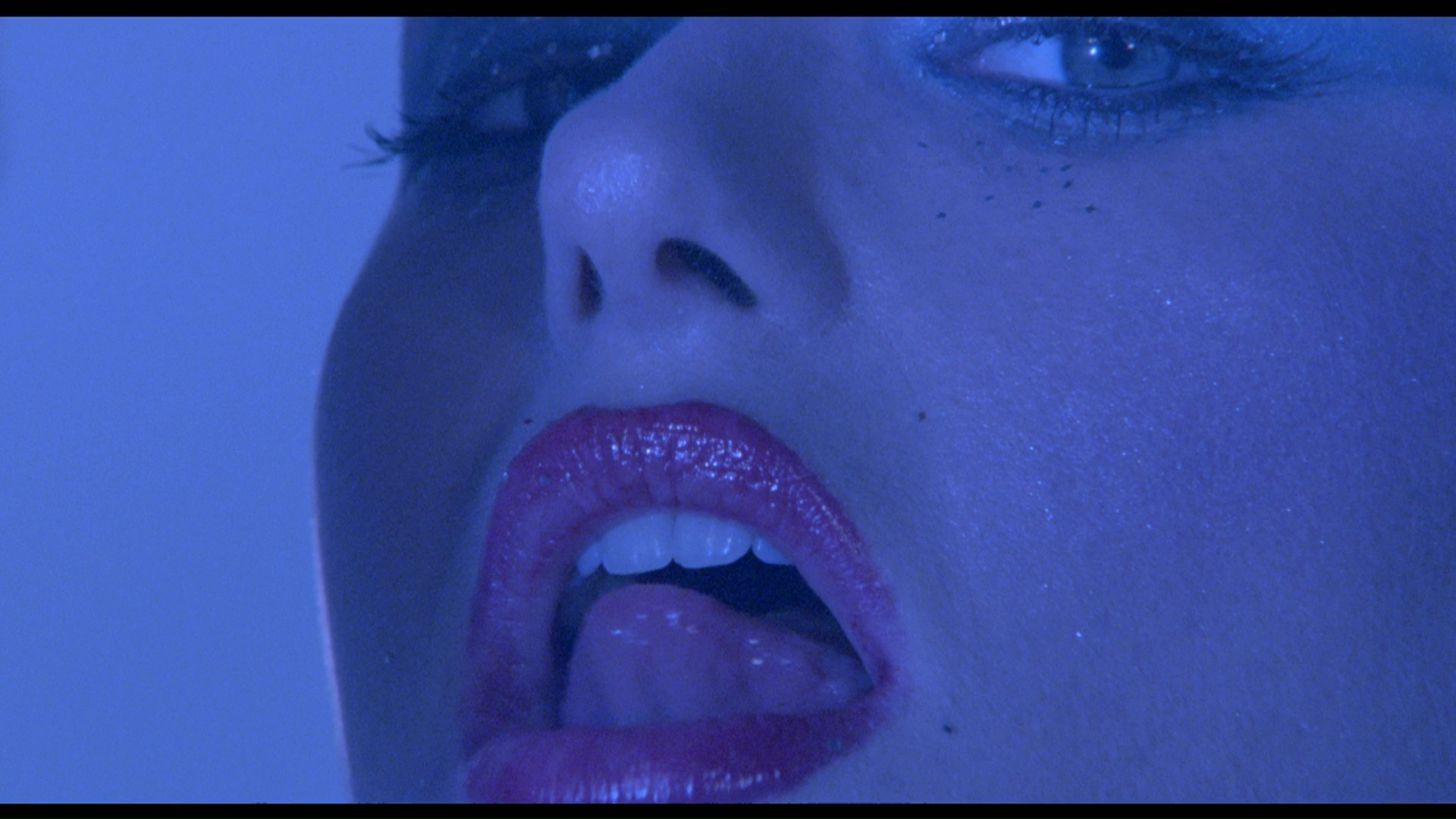 thrills, you’ll find this one definitely fits the bill. Director Phillip Marshak (who also roped Nalder into another non-sex role in Dracula Sucks) once again aims for high production values and strong atmosphere (often at the expense of pacing), with plenty of random shocks thrown in like Ron Jeremy doing some (hilarious) post-coital karate, industry vet Shanna McCullough getting roughed up in one of the nastier scenes, and Paul Thomas as Singer’s mercenary buddy who winds up in the roped clutches of Nazi hellcat Helga Sven. 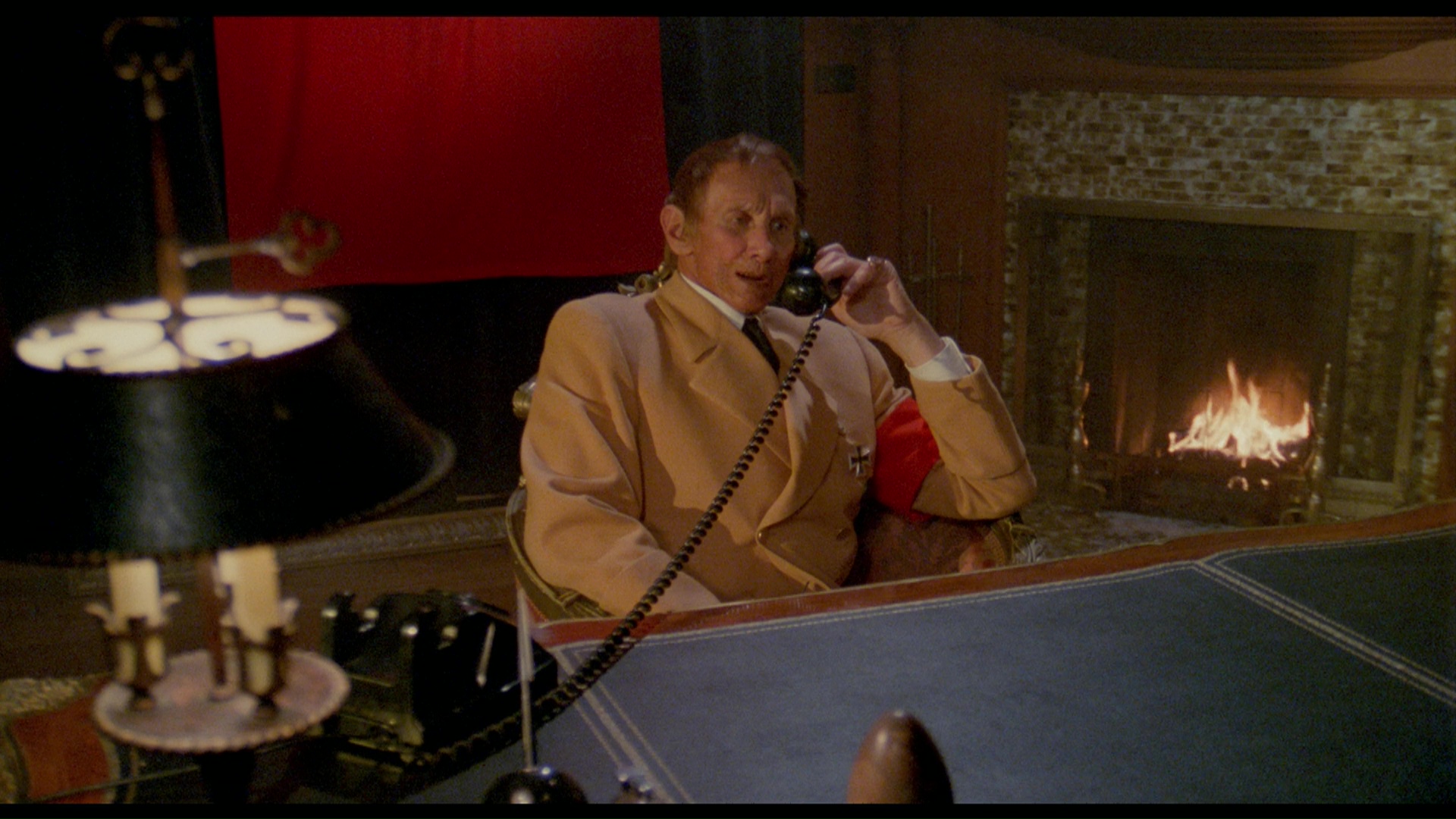 Saddled with some very anonymous cover art on VHS and DVD by Caballero, Blue Ice gets a more respectful, cult-friendly release as a Blu-ray and DVD combo package from Vinegar Syndrome with a new 2K scan from the original negative. It’s definitely a great-looking film, and this radically improved presentation shows off the sumptuous visuals to their best advantage including the old world interiors of the Nazi lair and the striking twilight Frisco exterior shots. The sole extra is a real doozy, an audio commentary with Savage and Bill Margold (who plays a horny Nazi henchman in the film) moderated by Vinegar Syndrome’s Joe Rubin. A common fixture from their online radio show together, they’re rambunctious throughout as they recall Marshak’s direction (or occasional lack thereof), postulate on the likely (surprising) source of the film’s budget, and jog each other's memories with often hilarious results. Even if you're on the fence about the film itself, the disc is definitely worth picking up for this extra alone.