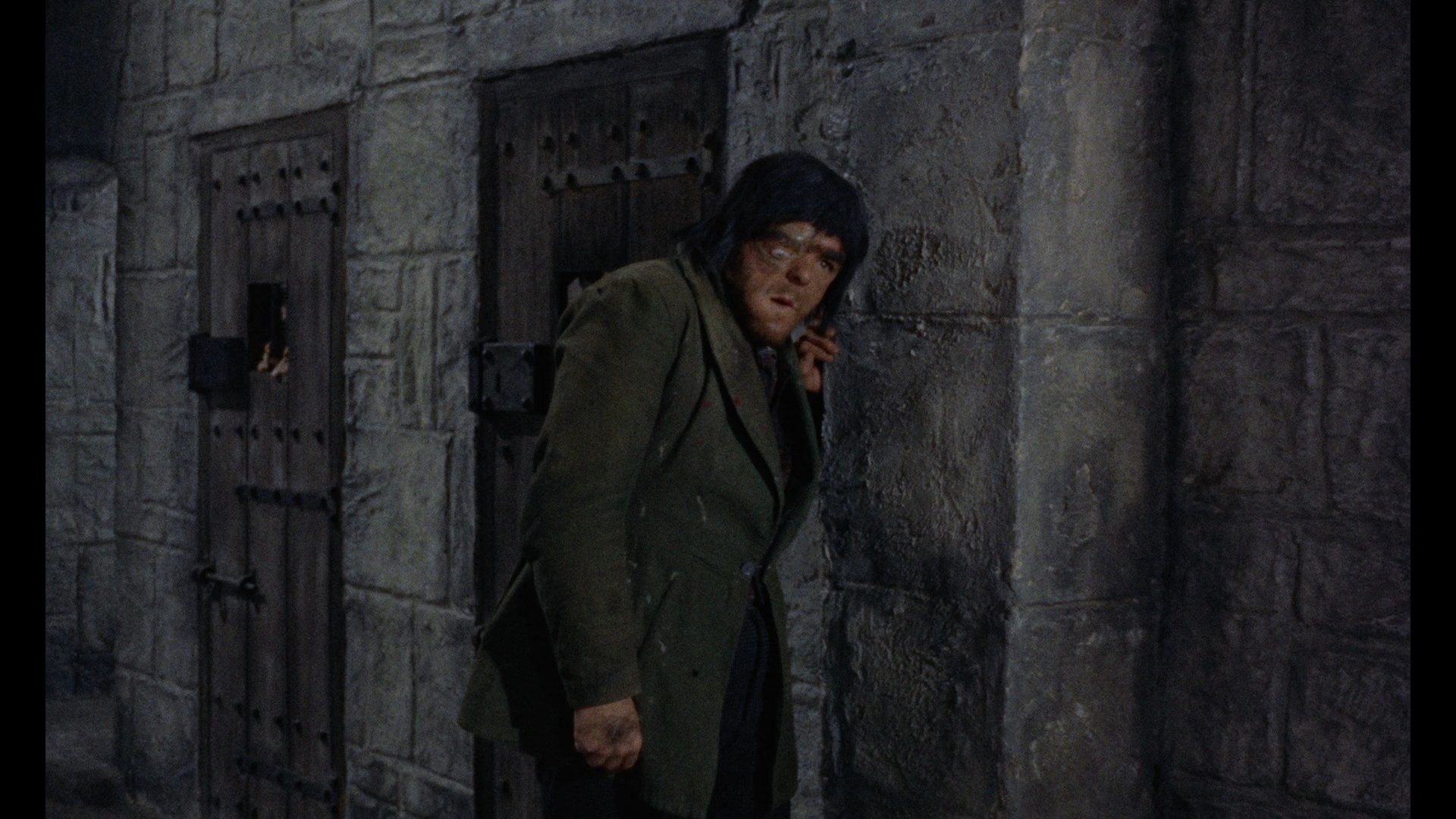 switcheroo, Blood of the Vampire was pushed into 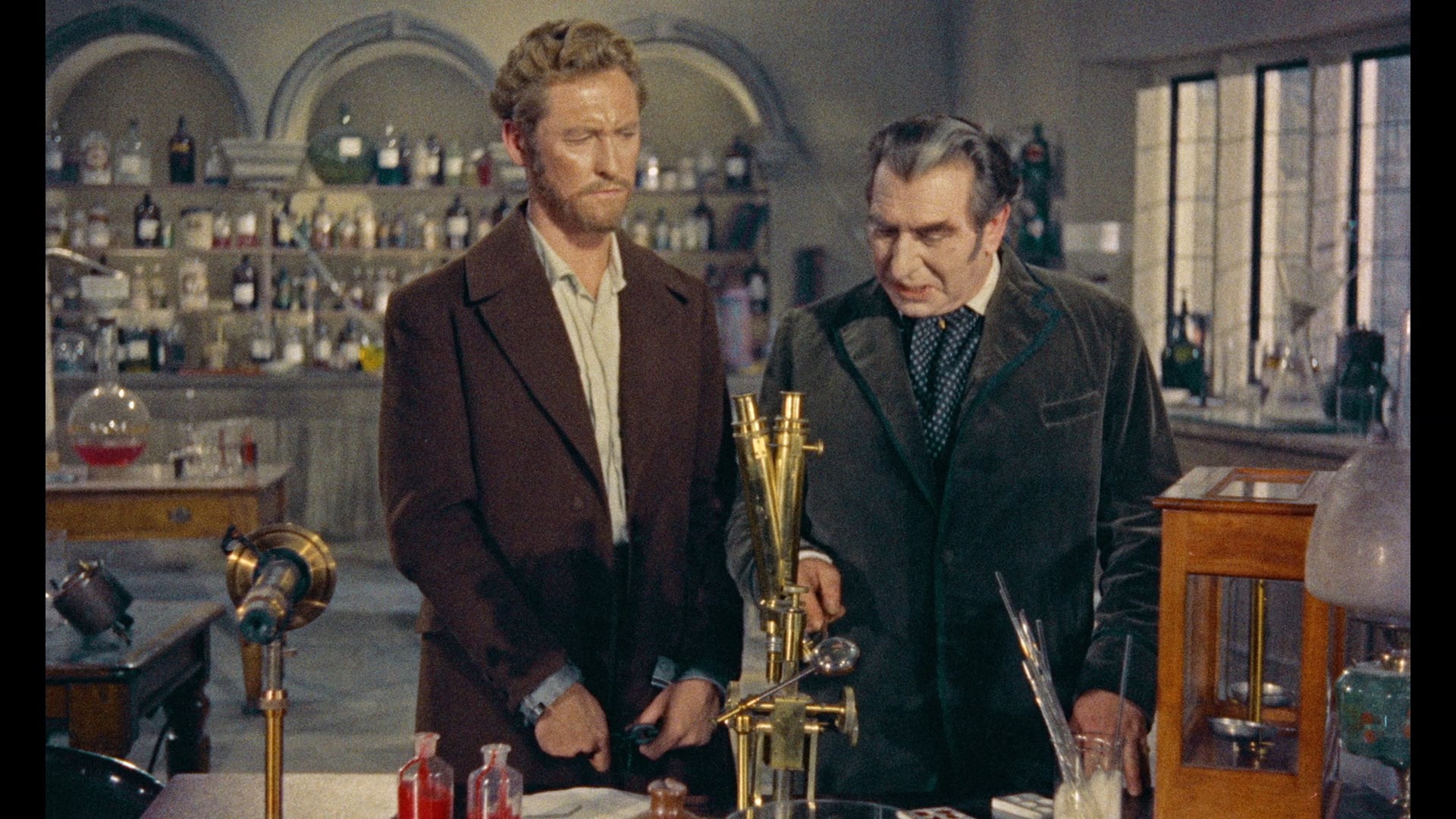 production on the heels of the success of Hammer's The Curse of Frankenstein and nabbed the studio's hot new screenwriter, Jimmy Sangster, to pen this with an eye on riding into theaters quickly after Horror of Dracula (or just Dracula). The vampire elements here are a major stretch to put it mildly, even it does open with a bloodsucking accusation, a staking, and a quick appearance by a bat. You do get a lot of blood draining courtesy of a mad scientist though and lots of other Gothic blood and thunder, so audiences didn't seem to really notice. The film was part of a string of Hammer-competing British horror films from Robert S. Baker and Monty Berman, who turned out films like The Flesh and the Fiends, The Crawling Eye, Jack the Ripper, and The Hellfire Club before shifting gears to TV with The Saint. Unlike those other films, this one was shot in vivid, splashy color a la Hammer and took full advantage of the format with a bold, almost surreal aesthetic that was largely obliterated via cruddy film prints and haggard video masters for decades. Even worse, the BBFC took out the shears and omitted the most violent and salacious moments from the film which, apart from a scarce French VHS, were essentially out of reach until a restoration finally reared its head in 2022.

Accused of vampirism in 1874 Transylvania, a sheet-wrapped man is killed with a stake only to have his body homicidally retrieved by his disfigured assistant, Carl (Maddern). A local doctor is enlisted to quickly perform a heart transplant only to be murdered for his trouble, and six years later, the revived and 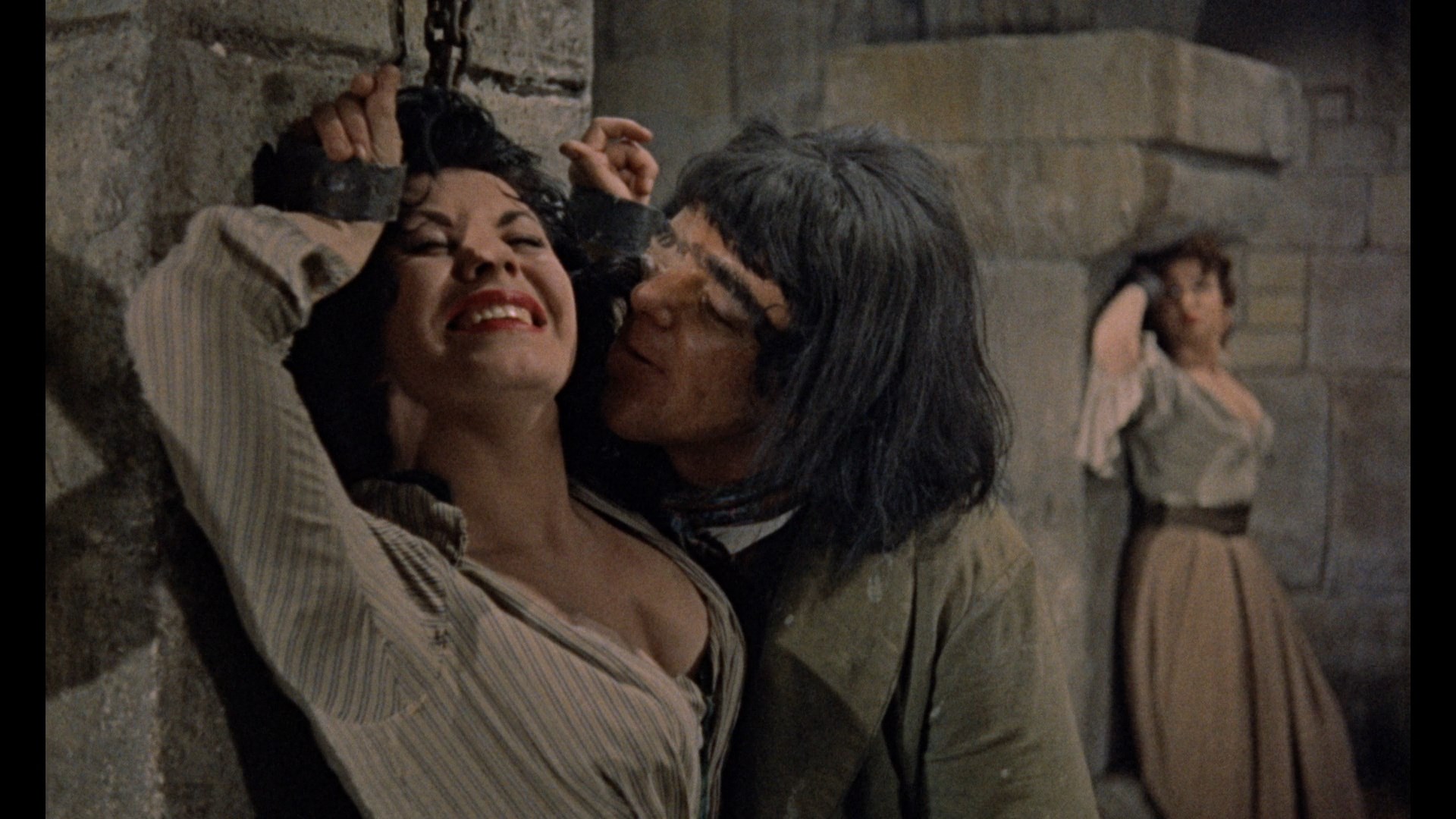 rechristened Dr. Callistratus (Wolfit) is working at an asylum where, through various underhanded 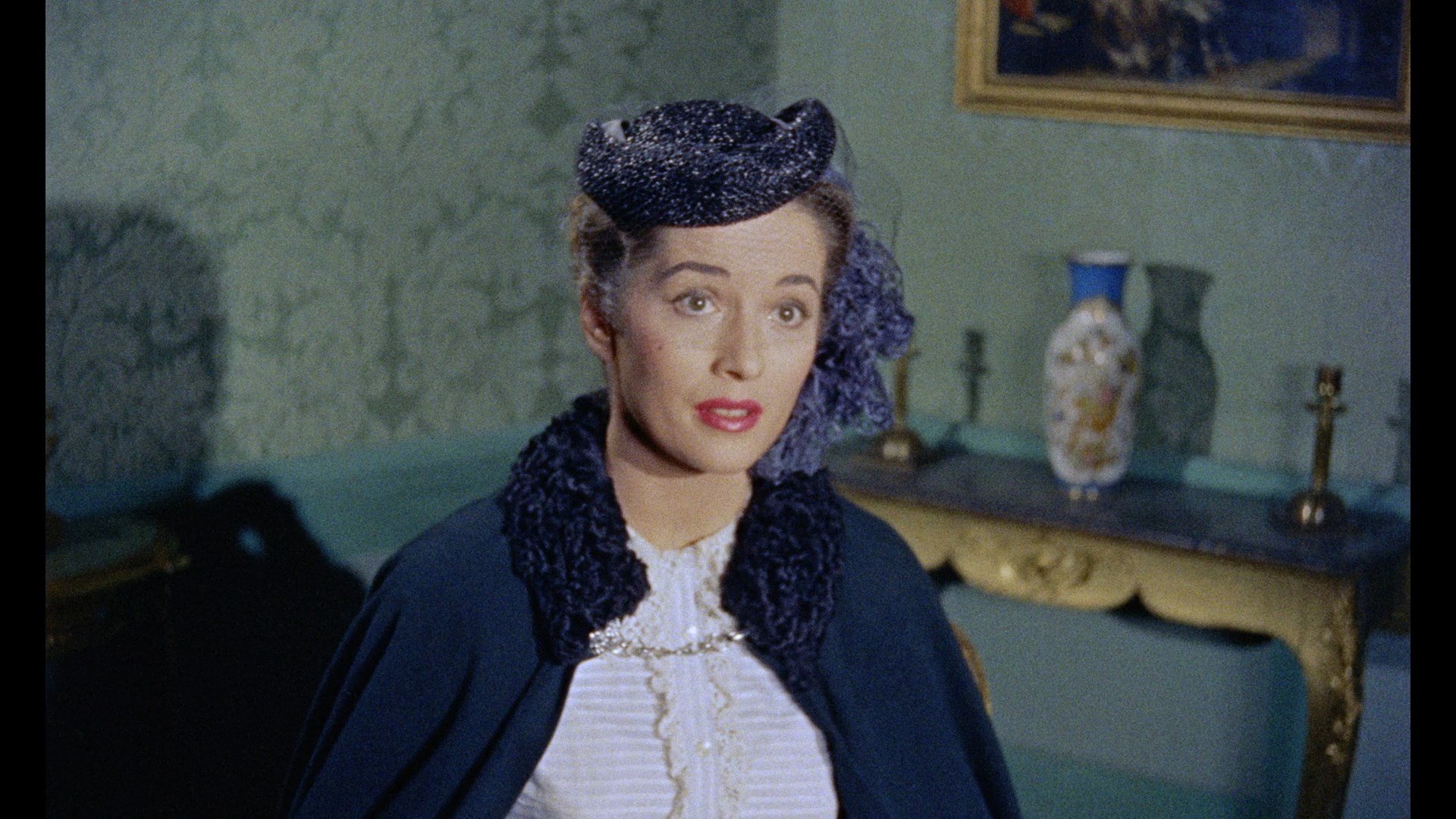 machinations, young Dr. John Pierre (Ball) is sent as punishment for performing a fatal blood transfusion. John's fiancée, Madeleine (Shelley), scrambles to find a way to save him as he ends up working for Callistratus on a string of highly unorthodox blood experiments with the inmates. Eventually Madeleine is putting her own life on the line by going undercover, only to discover the full, horrific extent of Callistratus' sadistic handiwork.

Clearly aiming to outdo Hammer at its own game, this one unleashes body parts and amputations, an attempted sexual assault, lots of bright red blood poured into vials, and other unpleasantness guaranteed to have the BFFC clutching its pearls. In its original form the film went even further including an outrageous sequence involving multiple chained women being tormented by the hulking Carl, something that feels more like a forerunner for where Jean Rollin would be heading years later. Universal snagged it for U.S. distribution paired up with Monster on the Campus, and since then it's been out on video from multiple U.S. and European companies more or less reflecting the censored version that was seen by most of the world. Even toned down it has plenty to offer including fine performances by a cast mostly known for their theater work, with horror fans placated by the presence of the always welcome Shelley doing a headstrong 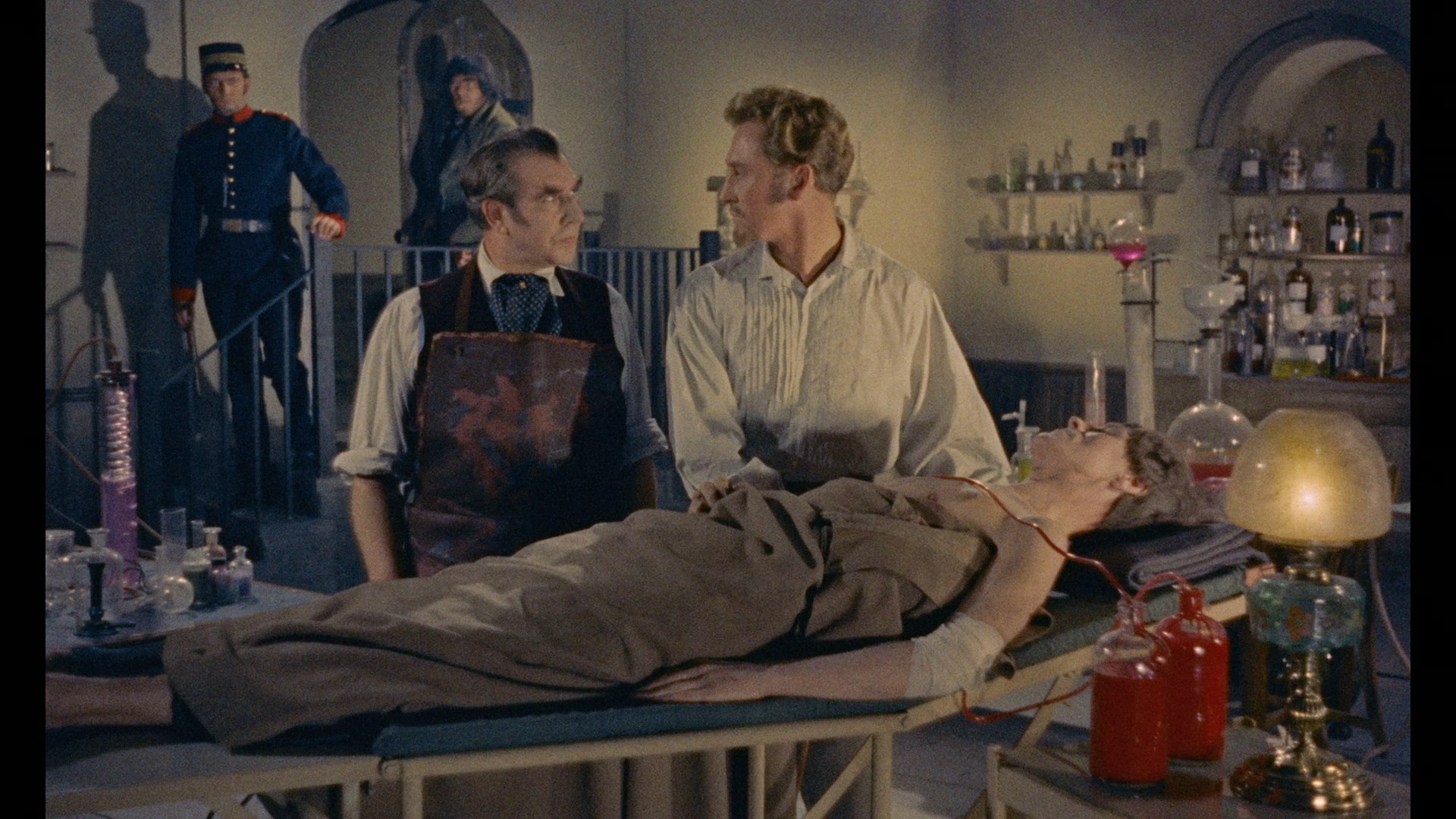 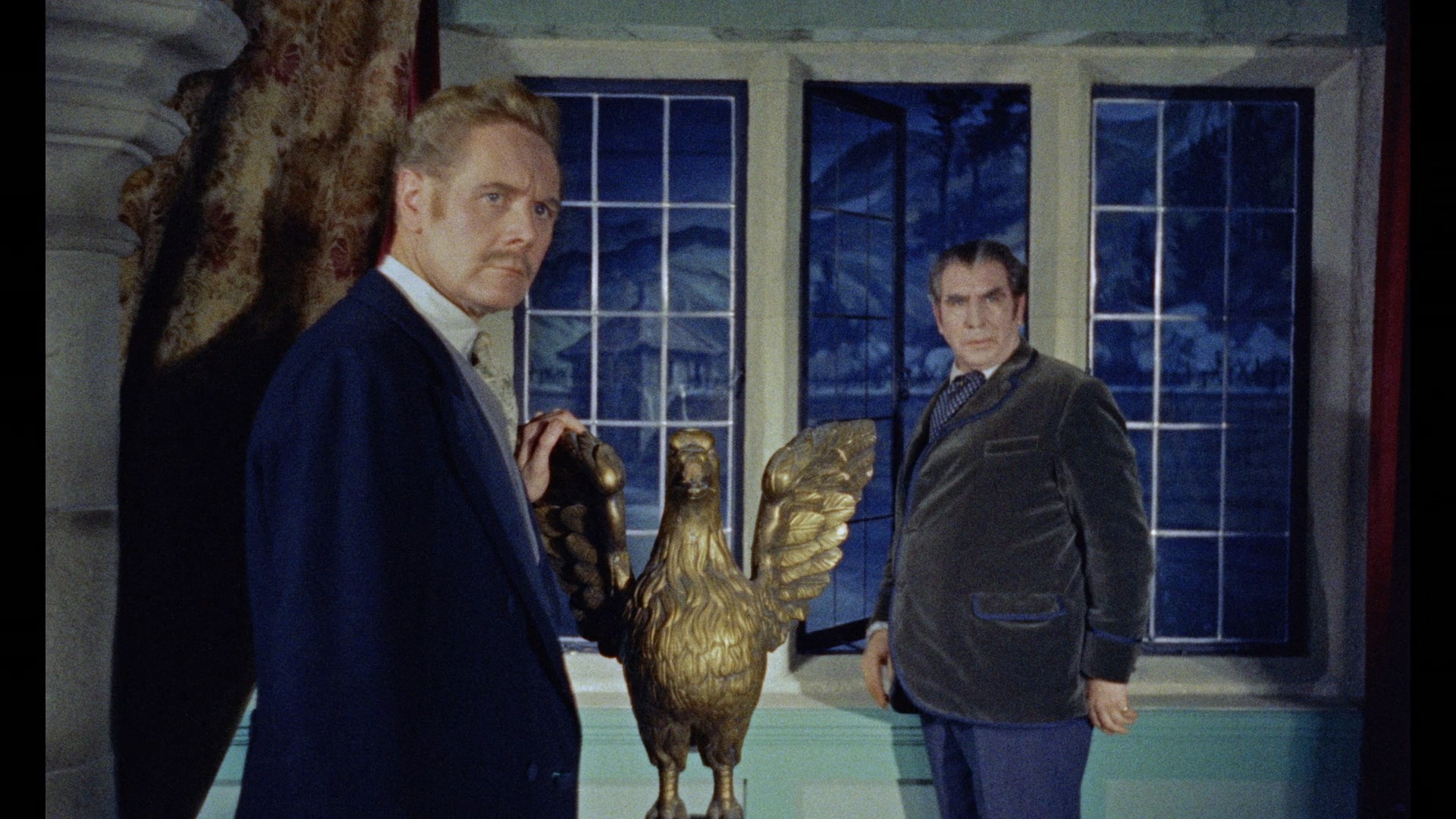 Berman personnel are all here giving it that familiar feel including composer Stanley Black, who was very busy at the time doing plenty of non-Hammer horrors.

The most notable DVD release of this film came in 2006 from Dark Sky as a double feature with The Hellfire Club, still cut but featuring an excellent commentary with Sangster, Baker, and The Hammer Story author Marcus Hearn chatting a lot about the differences between writing for film and TV, the censorship issues, the casting process, and lots more. In 2022, the U.S. got its first Blu-ray release of Blood of the Vampire from Scream Factory in a pricey, bare bones edition that debuted a new restoration of the film (first seen in a limited French edition with non-English-friendly extras), correctly framed at 1.66:1 and featuring the extended cut of the film with the elusive chained women sequence in its full perverse glory. A far more robust U.K. release came out right on its heels from Nucleus Films, again uncensored and sporting that crazy Eastmancolor look with funky yellows, blues, purples and reds giving it a very unearthly appearance. They've dialed down the heavy yellow a notch here, albeit without tampering with the original restoration. (Whether it's an accurate representation will have to be verified by anyone lucky enough to have seen this when it opened, but the elements have reportedly been left in very dicey condition.) Detail is very satisfying with the original fine film grain left intact, and the DTS-HD MA English 2.0 mono track is in great shape (with optional English SDH subtitled included) with a bit of previously censored audio restoration by Nucleus not on the U.S. disc.

The older commentary has been carried over here (with music now filling in for the restored, previously censored bits during the film), and a new commentary by Jonathan Rigby and Kevin Lyons is a terrific survey of the actors' backgrounds, the film's warm reception in France for its "Sadean" excesses, the parallels to Hammer titles, the state of Shelley's career at the time and the unique aspects of her character, and the elements of classic monster movies incorporated into 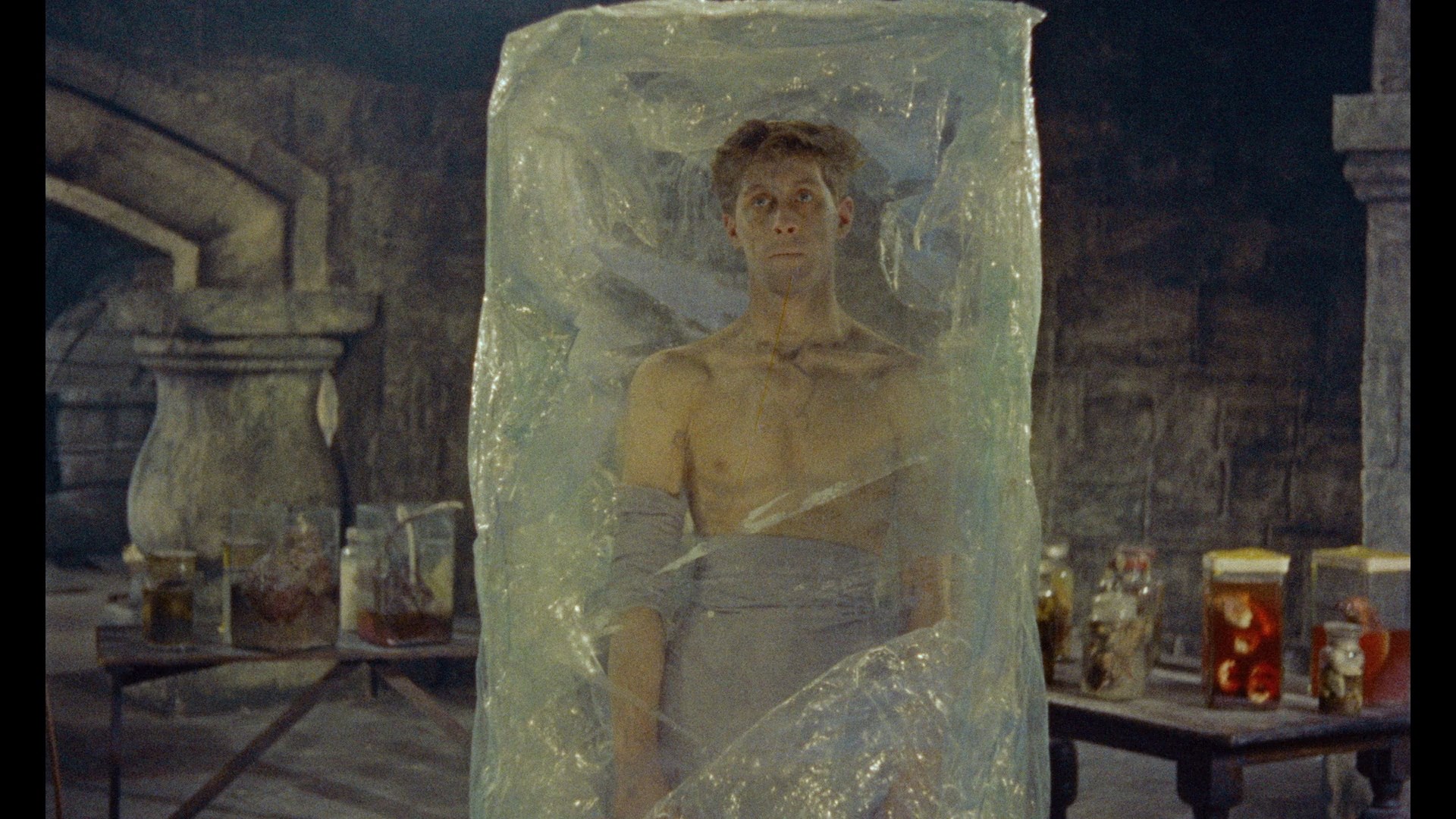 Sangster's script. Rigby also turns up on camera for two separate featurettes starting with "He Begins Where Dracula Left 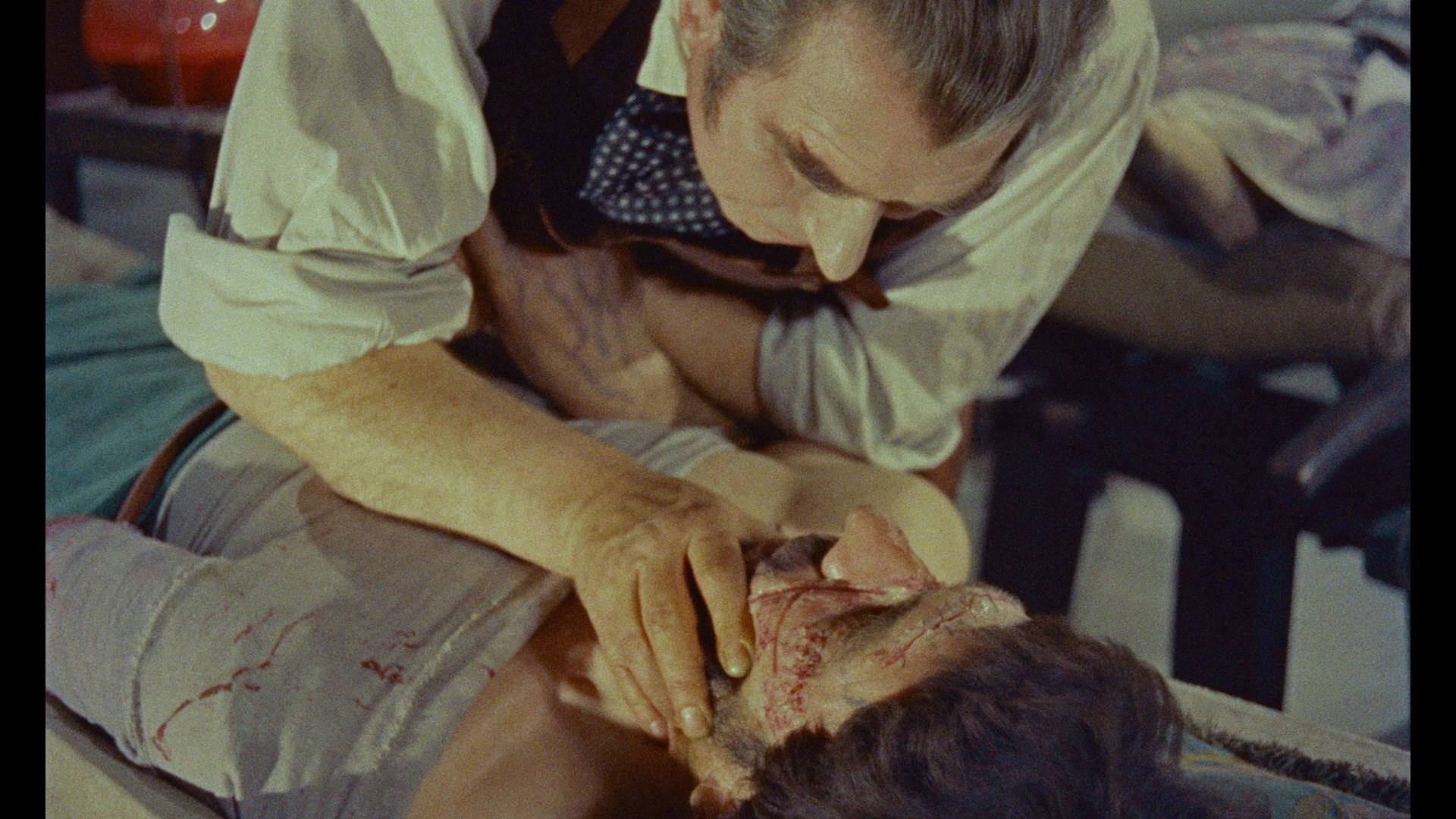 Off" (47m10s), an analysis of the film's place in the British Gothic horror pantheon, the moral panic that erupted over domestic films around that time inciting a "horror habit," and the legacy of this and other films on the genre in both popular culture and film scholarship. Then in "Sangster and the Censor" (20m44s) Rigby specifically addresses the BBFC's extreme animosity to Sangster and the irritated notes it gave about this film with extensive details about what had to be trimmed to get the seal of approval. He also explains what's been put back in this version (including what's only in the Nucleus) while also detailing some other material lost to the ages. The theatrical trailer is followed by an entertaining 28m27s Barbara Shelley trailer reel including Cat Girl, The End of the Line, The Camp on Blood Island, this film, Village of the Damned, The Shadow of the Cat, Postman's Knock, The Gorgon, Dracula, Prince of Darkness, Rasputin the Mad Monk, Quatermass and the Pit, and Ghost Story. Also included are the quite different French and Italian credits (3m52s) sourced from tape, a 2m21s look at the Italian Malia Fotoromanzo magazine, a huge 6m37s gallery of lobby cards, posters, and promotional photos, and a very amusing 1993 Dr. Terror's Vault of Horror BBC TV intro (2m) for an airing paired up with I Don't Want To Be Born.