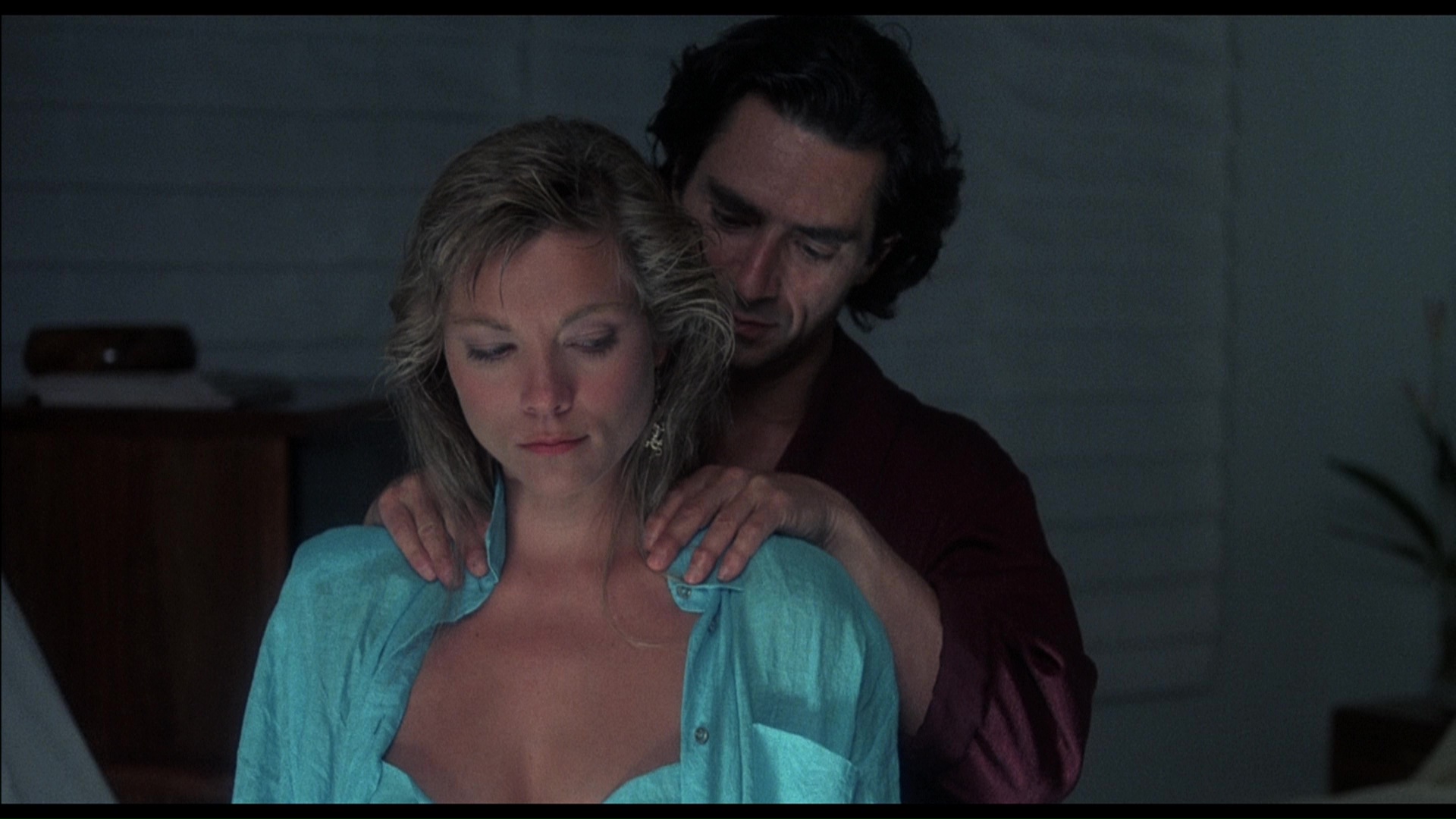 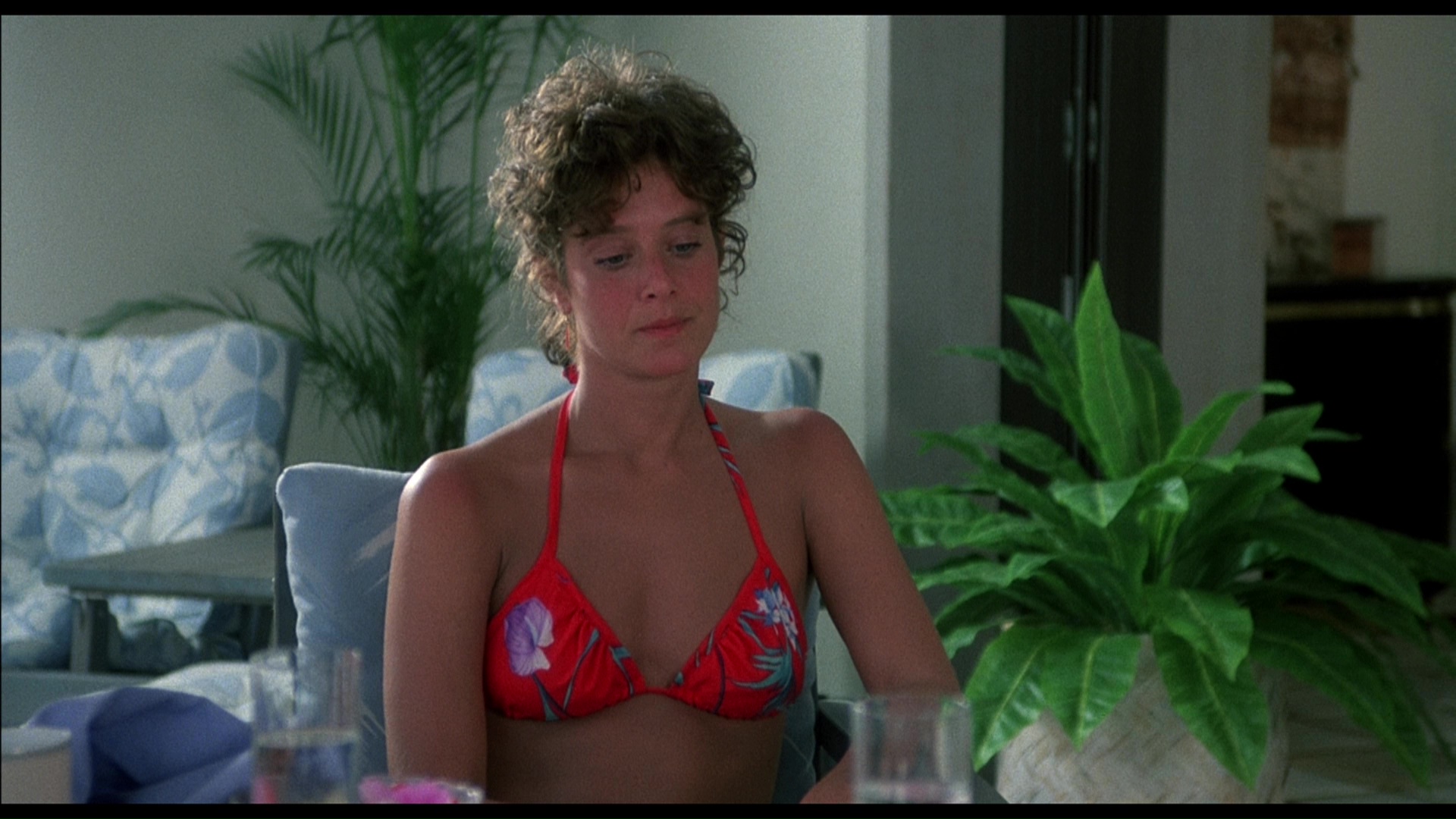 The '80s film noir revival of the 1980s spawned an astonishing run of great crime films, and sitting securely among the best of them is this offbeat and very memorable contribution by Bob Rafelson, best known for Five Easy Pieces and already familiar with noir conventions courtesy of his remake of The Postman Always Rings Twice. Slick, dark, and sexy, it's a solid showcase for two actresses at the top of their game.

When rich men end up dying in their sleep under similar circumstances, buttoned-down federal investigator Alex (Winger) suspects that the common link may be Catherine (Russell), a chameleon who adopts different names and personas to land each husband and charm her way into their wills. Alex manages to convince her boss (The Stepfather's O'Quinn) to let her dive into the case when the latest victim seems to be a wealthy Texas oil man (Hopper), and now Catherine has her sights set on a museum magnate, Macauley (Williamson). However, the cat and mouse game takes several more twists and turns on its way to a high-stakes showdown in Hawaii involving a corrupt private eye (Hong), a perilous scuba expedition, and a younger hotel developer named Paul (Frey) who forms a common link between the two women.

Stylishly shot by the great Conrad Hall (Marathon Man, The Day of the Locust), this is a prime example of how to turn a slice of cinematic junk food into high-class entertainment. The cast 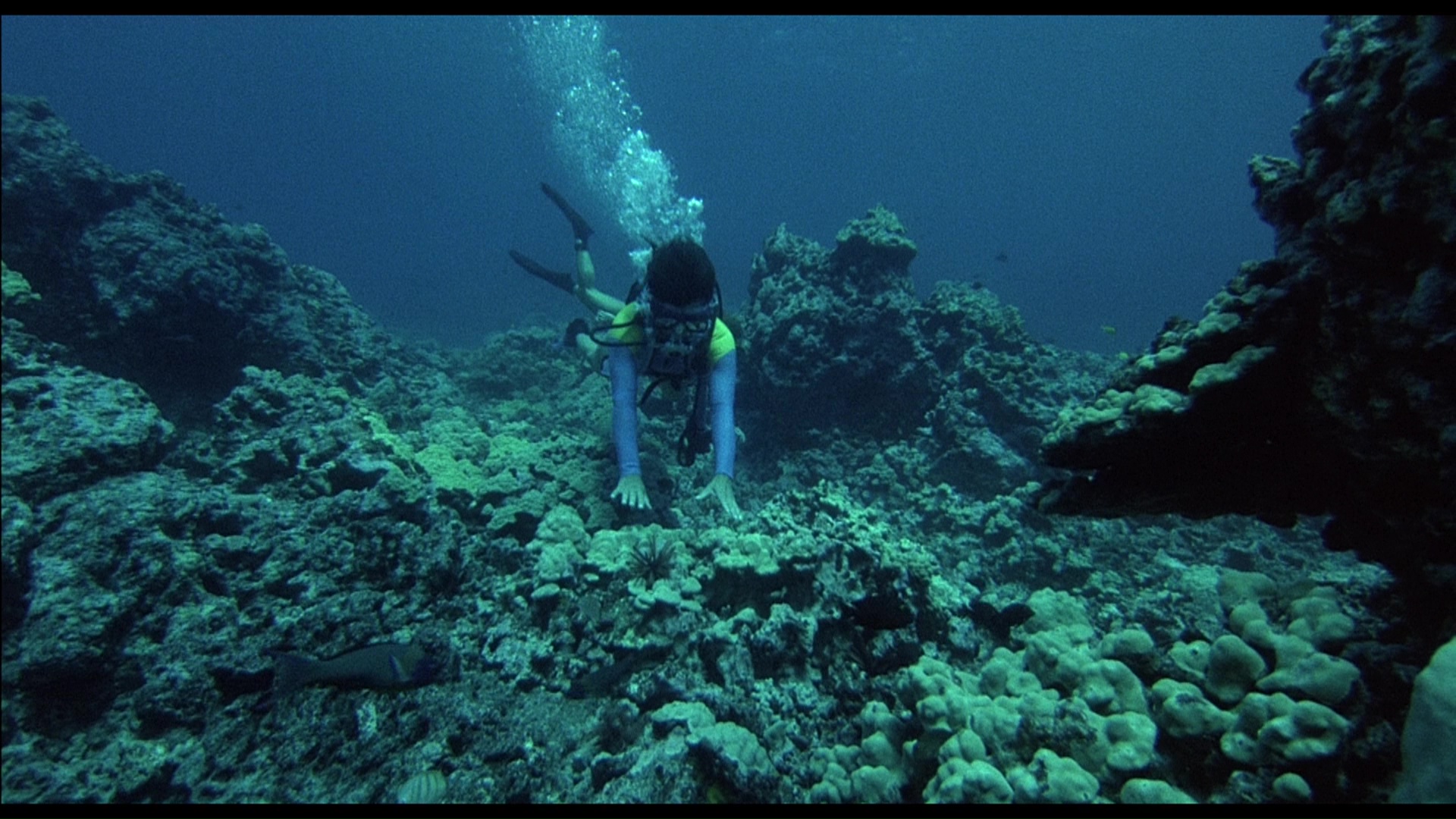 alone is an astonishing feat with a gallery of familiar faces popping up throughout including Diane Ladd, a 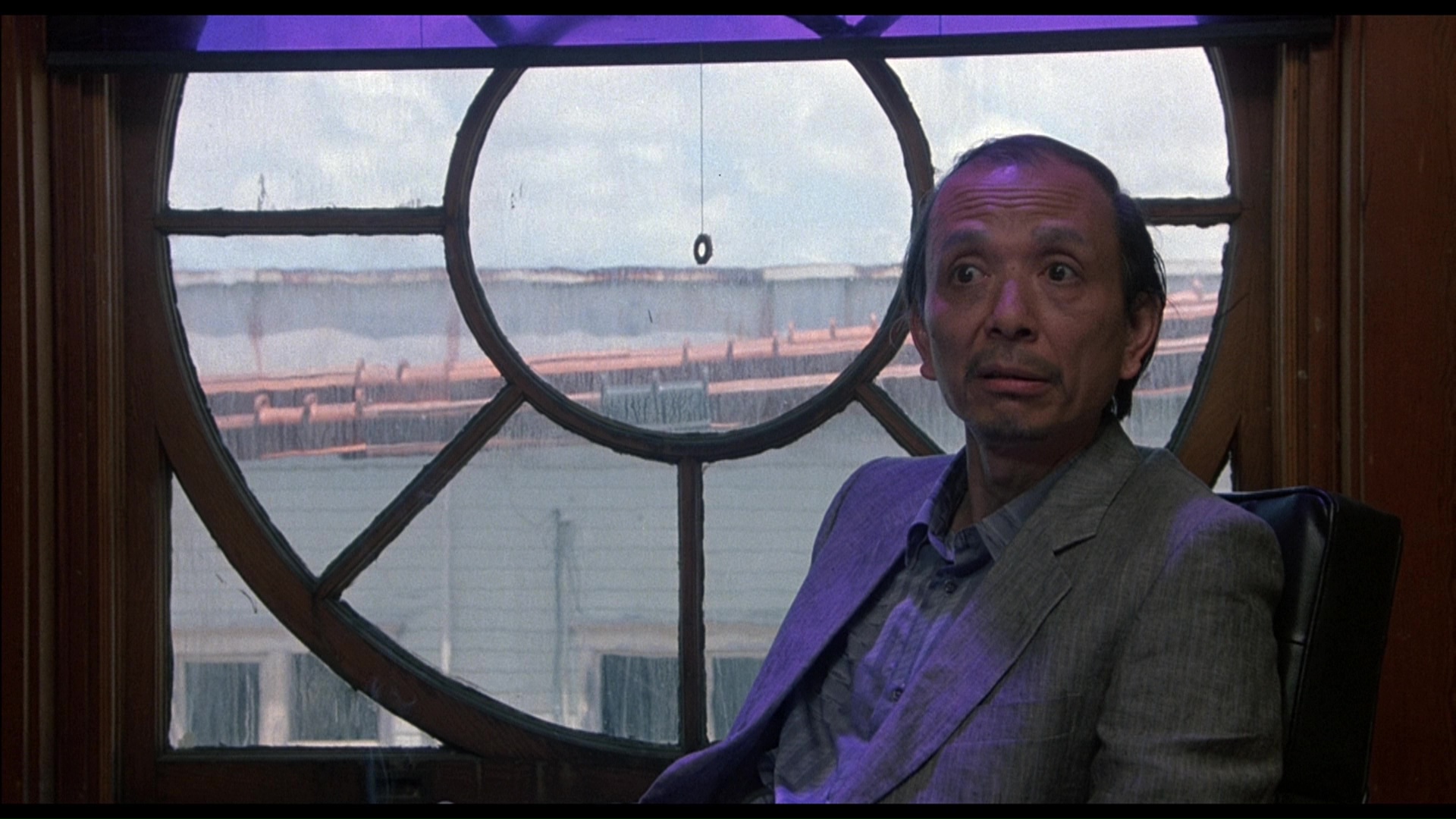 very young D.W. Moffett (Lisa), Lois Smith, Halloween II's Leo Rossi, Mary Woronov in a brief bit as a scuba instructor, and even a fleeting, poker-playing cameo by playwright and future right-wing convert David Mamet. No way you'd ever see all those people in one place again. As far as thrillers go this one's pretty straightforward (even the big shocker twist ending is a ruse going back to the days of Alfred Hitchcock Presents), but the pleasure here lies in the execution with the participants in front of and behind the camera clearly having fun with the conventions of crime film storytelling.

A regular staple on home video (from Fox) and cable TV for decades, Black Widow made its first appearance on Blu-ray in October of 2015 from Twilight Time sporting a pretty solid HD transfer (supplied directly from Fox), a trailer, three TV spots, an isolated music track (for the effective score by The Driver's Michael Small), and a new audio commentary with Nick Redman and Julie Kirgo with topics including the state of Rafelson's career, Small's thriller scoring chops, the neo-noir wave of the time, and the very different careers and acting styles of the two leads.

Just under six months later, the UK got its own special edition of the film as separate Blu-ray and DVD editions from Signal One, with the same pleasing transfer present here (with slightly richer black levels, as usual for the label). The Kirgo/Redman commentary is ported over here, while the trailer and TV spots are now presented in fresh 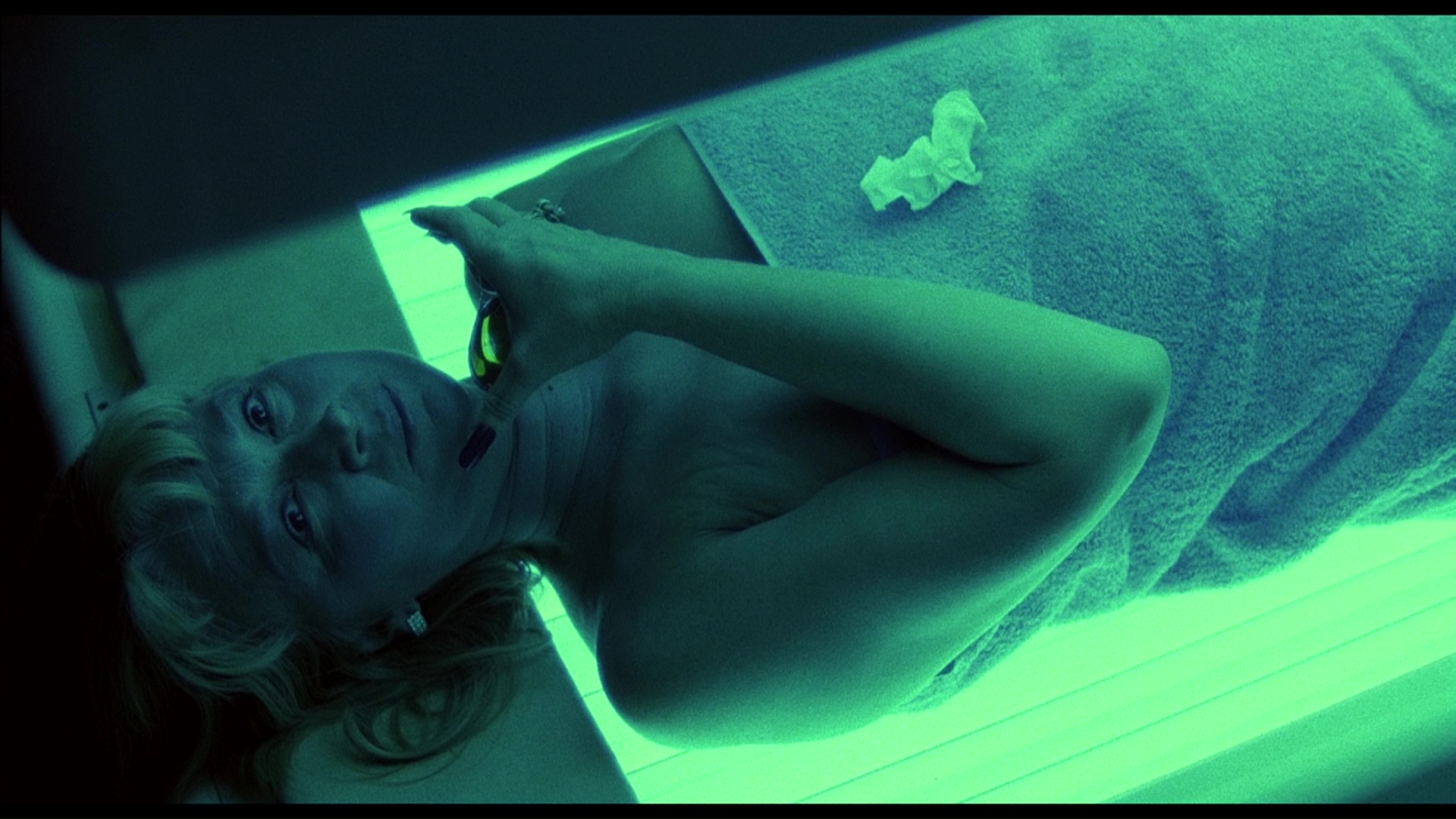 HD scans for the first time. You don't get the isolated score (which is available separately on CD), but there's a generous amount of new 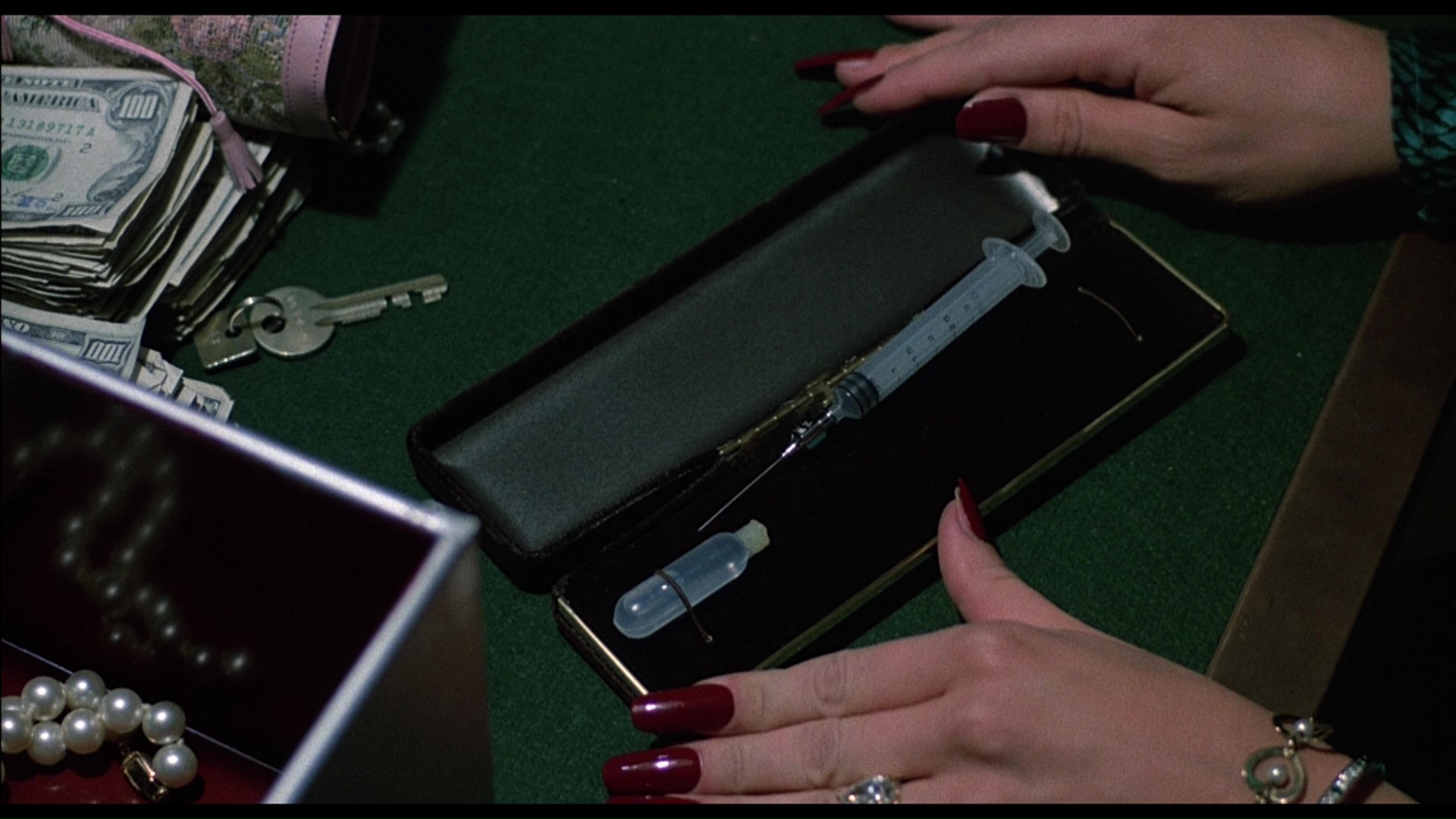 material here that more than compensates including a stills and lobby card gallery and two very substantial new featurettes produced by Fiction Factory. The 28-minute "Bright Colours, Deep Blacks" features Hall's son, Conrad W. Hall, talking at length about working as an assistant cameraman on the film and his dad's path to becoming one of Hollywood's top cinematographers, including his preference for using the deepest blacks possible as a carryover from getting his start on black-and-white films. (Most amusingly, you'll find out why the windows in Winger's office are all painted green.) In the 27-minute "The Predator and Her Prey," writer Ronald Bass recalls the dynamic between the two actresses (whose personalities were more reversed in real life), his decision to switch from a law practice to screenwriting, Winger's insistence on casting Russell, and a funny story about the leads' reaction the first time Hall walked into the room. The best moment, however, is his revelation of the motive he only told Russell about why she commits the murders. Definitely don't miss this one.