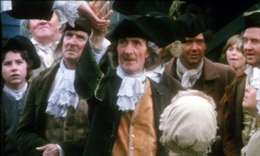 After the triple punch of his social realist classics from 1967 to 1971 (Poor Cow, Kes, Family Life), director Ken Loach spent almost two decades in cinematic exile as his films and television productions went largely ignored by the public both in England and abroad. One of his most unusual films that fell between the cracks was his first period effort, Black Jack, a 1979 adaptation of a popular children's novel by Leon Garfield. While the subject matter is still certainly family friendly, it's hard to imagine very many tykes sitting still for this studied, beautifully shot examination of 19th Century social conditions as seen through the eyes of ten-year-old orphan boy Tolly (Hirst) whose parents died at sea. Enlisted to help a French convict named Black Jack (Franval), Tolly also becomes the traveling companion of a young girl, Belle (Cooper), whom everyone keeps trying to confine to an asylum. Tolly promises to marry her when he finishes his apprenticeship and grows up enough to provide for her, but their bond is interrupted by a succession of traveling fairs, an unscrupulous body snatcher who sells his wares to local doctors, and the whims of Belle's wealthy absentee father. 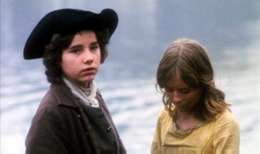 Despite its title, Black Jack is obviously far more concerned with the young protagonist than the top-billed titular thief. Loach's eye for human behavior is as incisive as usual, and its application here to a very different setting than usual makes for an interesting contrast (much as Mike Leigh would do later with Topsy Turvy). The source novel (in which Black Jack was English and the action remained centered around London rather than the film's Yorkshire) features a storyline best described as Oliver Twist meets Treasure Island, but the execution makes all the difference here. The cinematography by the talented Chris Menges (The Mission, Local Hero) is truly wondrous to behold, sometimes even as impressive as its more expensive obvious counterparts, Barry Lyndon and The Duellists. The mostly amateur actors are adequate enough, but Bennett anchors the film surprisingly well considering he was recruited during auditions among local students; it's a shame this remains his only screen credit. 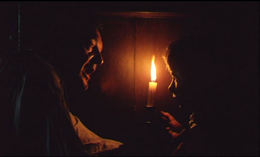 Essentially buried after its indifferent theatrical release (despite received the 1979 Critics' Award at the Cannes Film Festival), Black Jack has been one of the most difficult Loach theatrical titles to see during most of the home video era. The director was pressured by time and financial constraints to wrap up editing and sound mixing very quickly, leaving a finished product he felt could still be fine tuned. In the tradition of Picnic at Hanging Rock, the director's cut presented on the BFI disc actually represents a tighter version shorn of about four and a half minutes of extraneous footage (which is presented elsewhere on the disc as an extra). The transfer from the BFI's archival 35mm print is very good overall; apart from some cigaratte burns and a few fluctuations and scratches, it's a vivid and quite attractive presentation. The mono audio features very thick accents throughout, so the inclusion of optional English subtitles is extremely welcome; even better, they can be played as literal subtitles or "English translation" subtitles which explain some of the more localized terms in the dialogue. The French language track is also included along with a Loach audio commentary in which he discusses his discovery of the source novel, the change in Black Jack's nationality, the reasons for shooting the exterior scenes in 16mm, and the period thinking of mental health treatment which became a dominant concern of the script. As usual, an insert booklet provides plenty of notes including a survey of the filming locations by Sophie Mayer, a reprinted sketch about the real-life inspiration for the body-snatching Mrs. Gorgandy, and bios for Loach, Menges, and Garfield. The original theatrical trailer rounds out this modest but very rewarding package sure to satisfy anyone with a taste for a well-mounted social melodrama suitable for the entire family.