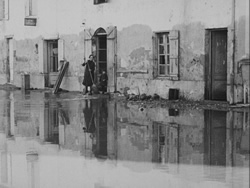 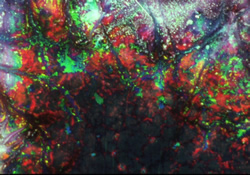 The idea of cinematic alchemy couldn't be better applied than to the work of Bill Morrison, a New York artist who has managed to transform often damaged, borderline unsalvageable celluloid into wholly new, hypnotic works of art. The process of the disintegration of film could be turned into a dazzling array of textures and half-formed images that provoke unexpected emotional responses, with music scores adding another layer of effectiveness to images of long-gone actors and newsreel subjects interacting with the process of film disintegration itself.

One of the highlights of this three-disc set (on both Blu-ray and DVD) is 2002's Decasia, a 67-minute tour de force with an intricate, powerful score by Michael Gordon offering an escalating succession of tableaux depicting the physical collapse of nitrate film and the translucent images fading away upon it. The film was released as a standalone Blu-ray and DVD in the US in 2012 from Icarus as well, with a couple of DVD collections appearing from the same label.

Another startling work here is the eerie spectacle of 2013's The Great Flood, a 78-minute epic of sorts sewn together from surviving footage of the catastrophic floods that covered much of the Midwestern United States in the mid-1920s. On a similar note, 2006's Highwater Trilogy is a darker, more haunting 31-minute symphony that 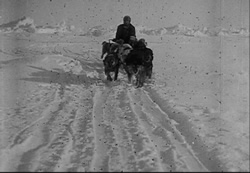 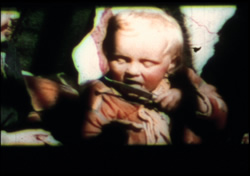 town with solitary figures walking along through the spray, coupled with an unnerving electronic score that makes it feel like a cousin to The Last Wave.

However, horror fans will likely be most interested in 2010's Spark of Being, a creative and often surprising 67-minute film that interprets the narrative of Mary Shelley's Frankenstein via archival footage that fits the story surprisingly well. It's bookended with striking 1920s footage of an Antarctic expedition, with scientific imagery, artistic blasts of color, and spooky POV shots in the woods filling in the gaps along with text chapter notes to give you an idea of where you are in the familiar tale. Interestingly, this has one of the more upbeat scores in the collection and concludes on a more positive note than most versions, making it a highly unorthodox and compelling slant on a literary terror chestnut. Also of interest for classic horror buffs is 2003's The Mesmerist, which transforms a collapsing print of the Boris Karloff/Lionel Barrymore silent film into a completely different, hypnotic experience. 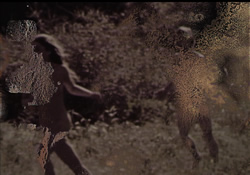 13mins.), Just Ancient Loops (2012, 26 mins.), Re: Awakenings (2013, 18 mins.), Beyond Zero: 1914-1918 (2014, 41 mins.), and Back to the Soil (2014, 18 mins.). The source material obviously means this isn't a conventional HD experience as the flaws and debris are entirely intentional, but they look gorgeous for what they are with the unnatural hues of decay looking incredible at times. The LPCM two-channel stereo audio for all of the shorts sounds excellent, with music including contributions by Michael Gordon, David Lang, Julia Wolfe, Dave Douglas, and Bill Frisell. (A handful have 5.1 options as well.) The sole bona fide bonus is a 9-minute "Bill Morrison: The Film Archaeologist" featurette, a 2013 look at his process of uncovering gems among the piles of fading film and turning them into something beautiful before they fall into extinction. The very hefty liner notes booklet contains an essay on Decasia by Lawrence Weschler, a reprinted "America the Beautiful" article by Alex Ross, a peculiar fragmented breakdown of Spark of Being by Gareth Evans and a more traditional look at the film by Geoffrey Himes, Great Flood examinations by Sukhdev Sandhu and Steve Dollar, and a more general overview by Matthew C. Levine, plus bios of both Morrison and the musical contributors.