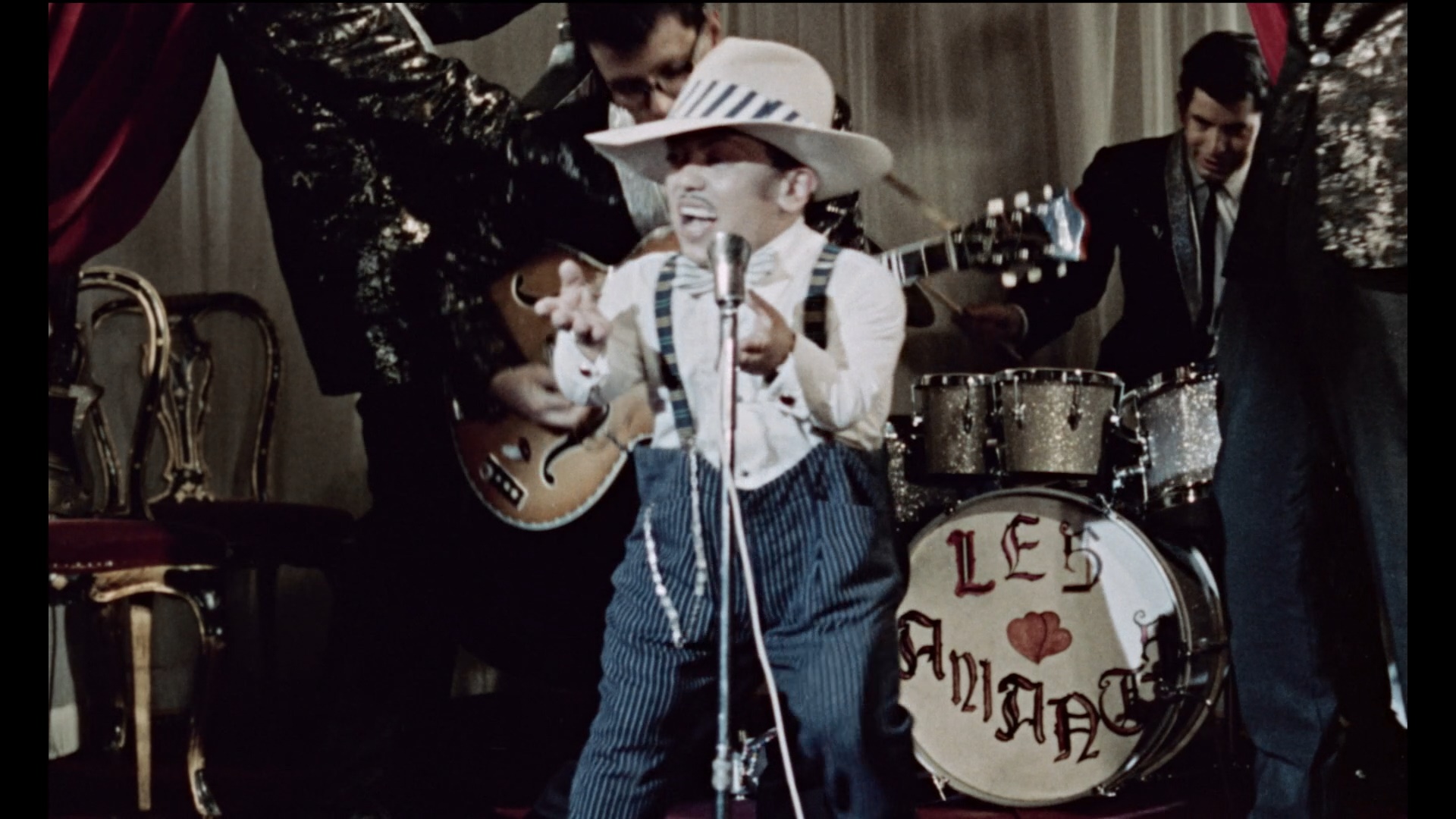 the team of Franco Prosperi, 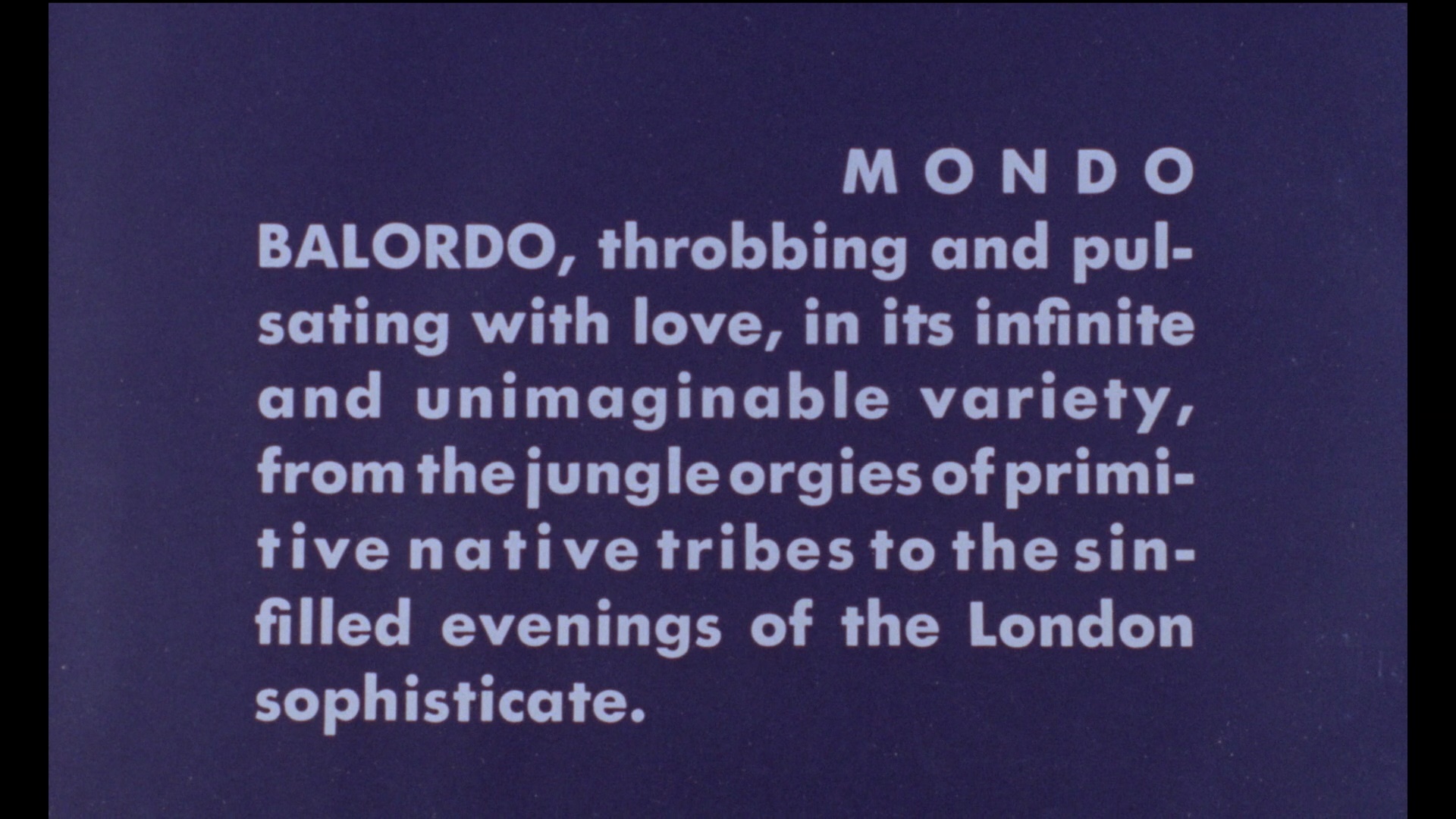 Gualtiero Jacopetti, and Paolo Cavara unleashed the bizarro documentary spectacle Mondo Cane on the world in the early '60s, a strange fad was born whose impact could be felt well into the 1980s with its nastier offshoots like Faces of Death becoming major video store hits. In between, the so-called mondo film could fall anywhere on the spectrum from lighthearted travelogue film with a few odd moments to mean-spirited excuses for real-life brutality inflicted on people and animals. Of course, Italy itself remained the hotbed of mondo films for several years, and among those entires was one of the more upbeat and goofy offerings, Mondo Balordo. As the opening informs us right off that bat, this is another excursions into "OUR WORLD... What a wild and fascinating place it is! Filled with love, hate, lust and all the hungers and driving passions by which the strange creature called man is possessed." To put it mildly. This was one of a handful of mondo films cranked out in quick succession by director Roberto Bianchi Montero (along with Sexy Nudo, Mondo Infame, Africa Sexy, and Sexy nel mondo), with this one receiving the biggest distribution by far including circulation in the U.S. in its English-friendly version from Crown International in 1967, supervised by Preacherman's Al Viola. A veteran of westerns and sword and sandal films, Montero eventually get much sleazier thanks to the giallo So Sweet, So Dead and a handful of softcore sex films.

Highlighted by smooth narration from Boris Karloff (who notes off the bat that his decades of monster films can't compare to the wild pageantry of human behavior around the globe), the film is 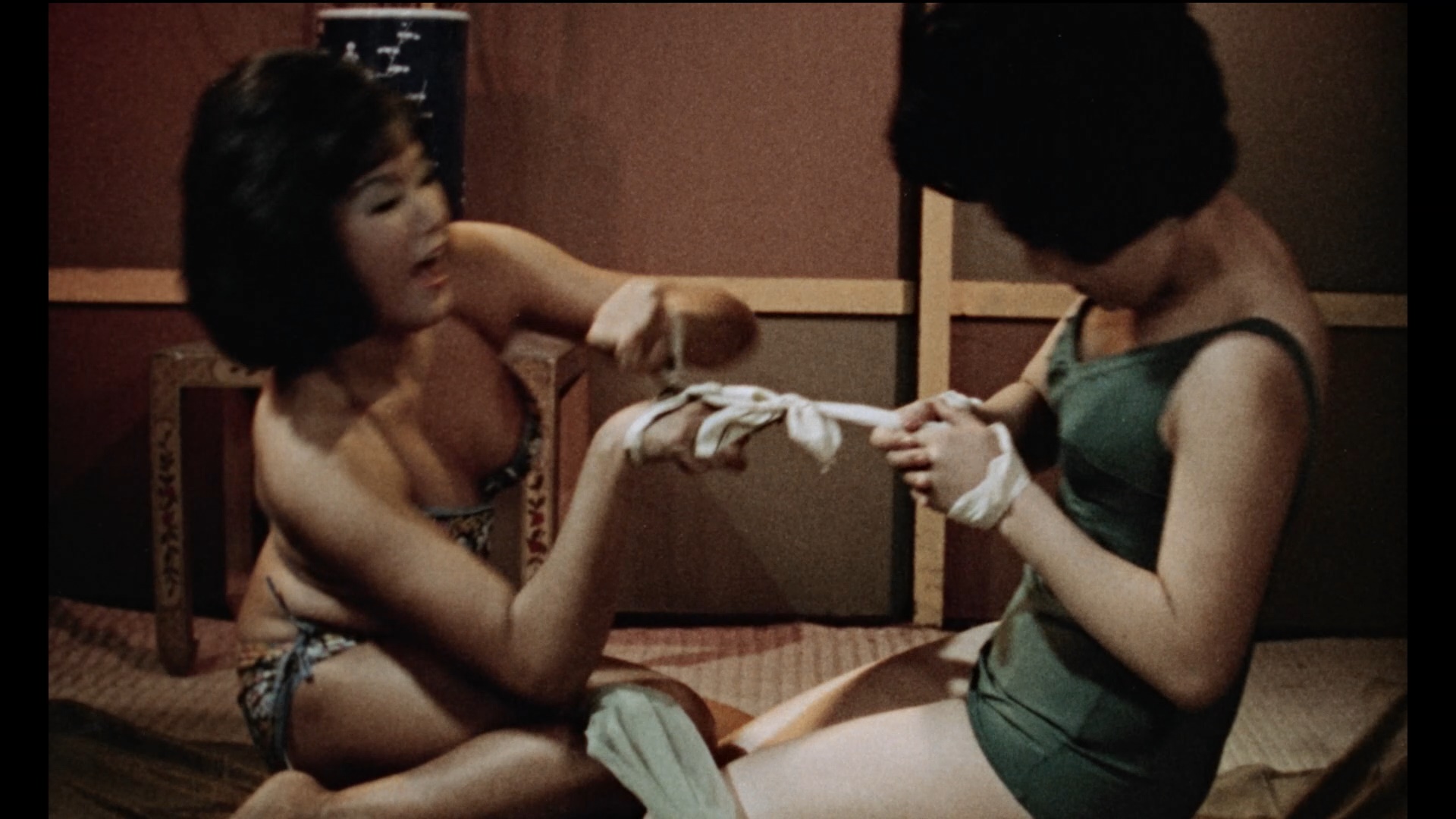 bookended with sequences in Italy showing people grabbing some afternoon delight in public in their cars, crew workers on a peplum set, bosom-exercising vocal lessons, 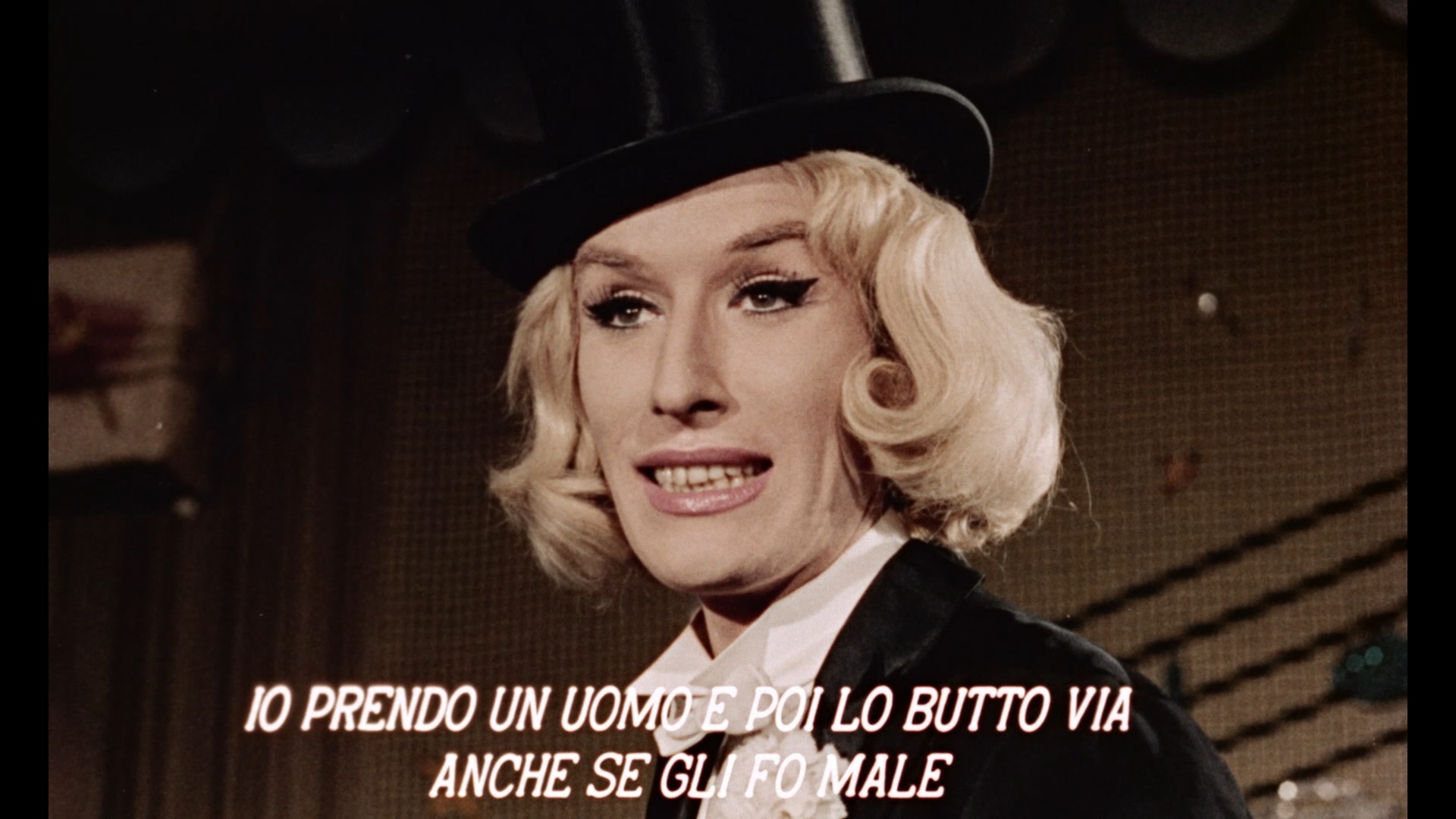 and a performance by midget rock 'n' roll performer Franz Drago, who later popped up in the Ajita Wilson vehicle The Nude Princess. From there it's time to skip all over the globe to visit a Japanese bondage photo shoot, a German beer garden, an African exorcism ritual, a weekly lesbian club night (which weirdly gets the most moral condemnation from the narration), the treatment of animals from pets to big game (complete with a bit of nasty real stock footage), superstitions in Naples, a "smug" Rudolph Valentino imitator, and a Roman street market complete with starving artists.

In 1993, Something Weird bowed this film on VHS as part of Frank Henenlotter's "Sexy Shockers from the Vault" series, followed by a DVD edition via Something Weird's licensing deal with image Entertainment in 2001 as a double feature with Primitive Love. That disc also came with a handful of mondo trailers (Ecco, It’s a Sick Sick Sick World, The Mating Urge, Mondo Freudo, Mondo Oscenita, Mondo Pazzo, Secret Africa, Women of Pleasure, and Women of the World), a pair of bonus shorts (A Wild Night at the Interlude and Big Haired Beauty Pageant), and a gallery of mondo movie art, all playable as part of the optional "Let's 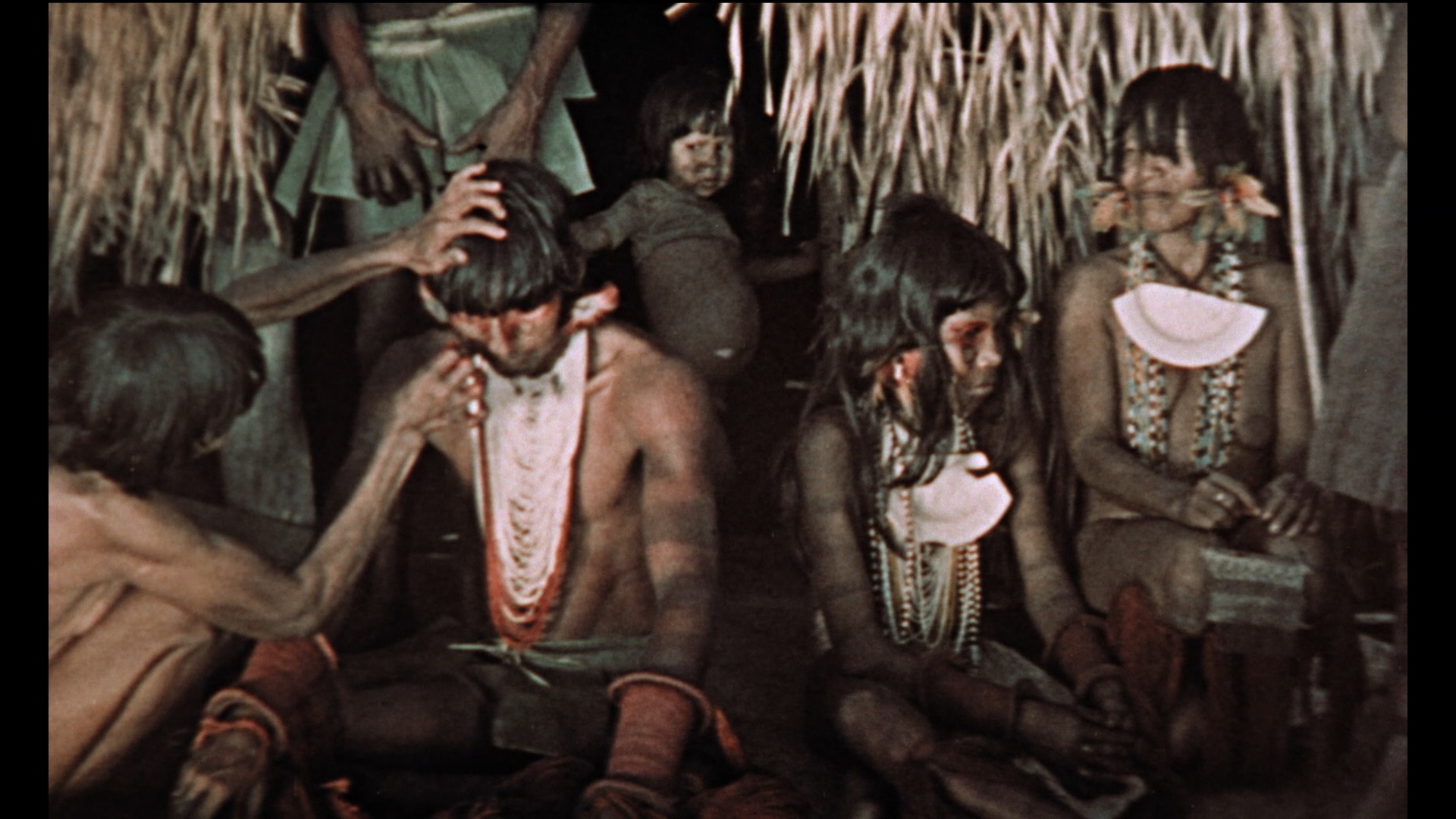 Go to the Drive-In!" marathon experience. In 2020, Severin Films debuted the film on Blu-ray (first as a site exclusive, then as a standard retail release) featuring a fresh HD 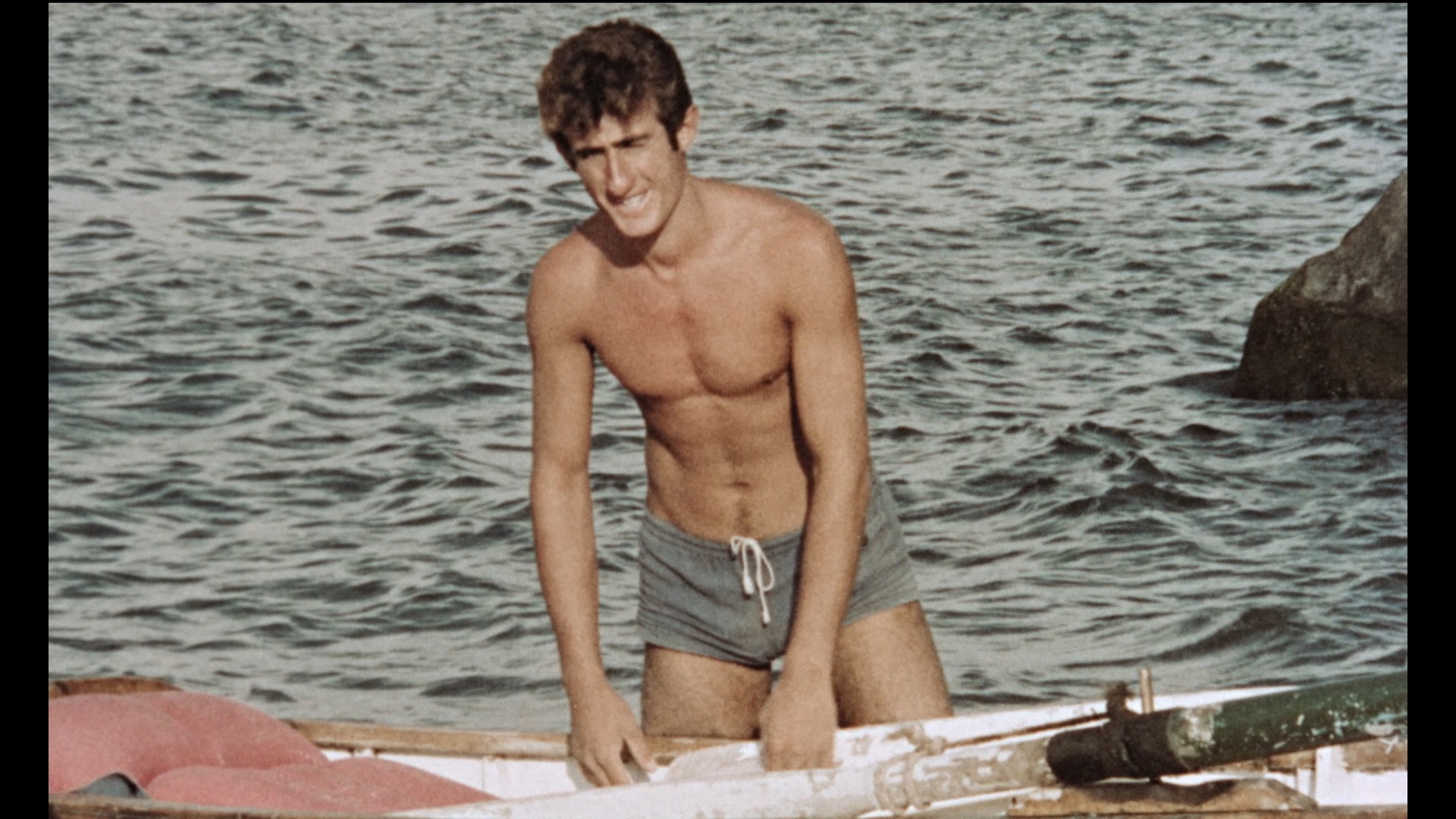 scan that's in very good shape and is letterboxed at 1.66:1. Obviously the film itself is something of a hodgepodge footage-wise (the African bits in particular look pretty rough and were likely stock footage shot far earlier), but the bulk of it looks very good and accurately reflects the patchwork nature involved despite some fading over the years. The DTS-HD MA English mono track sounds fine and about the same as we've heard it before. A theatrical trailer is included, but you also get a second bonus feature, 1960's The Orientals. An early Italian proto-mondo film that predates the genuine article by a couple of years with its narrated attempts to present this as real, this one's been around from Something Weird on VHS and DVD-R for about a decade and is taken here from what appears to be a full frame 16mm print (obviously cropped down from the scope original that barely played theaters). Essentially a string of tableaux about the treatment of women around the East, the whole thing is clearly staged and fictitious with drugs, crime, and polygamy getting the spotlight from Thailand to Nepal to to Egypt to Japan (including a glimpse at a young Akiko Wakabayashi and some sumo wrestling way before You Only Live Twice). Given that the earlier standalone version is long out of circulation, this extra feature is a welcome curio to have with that "SWV" bug in the corner finally gone. 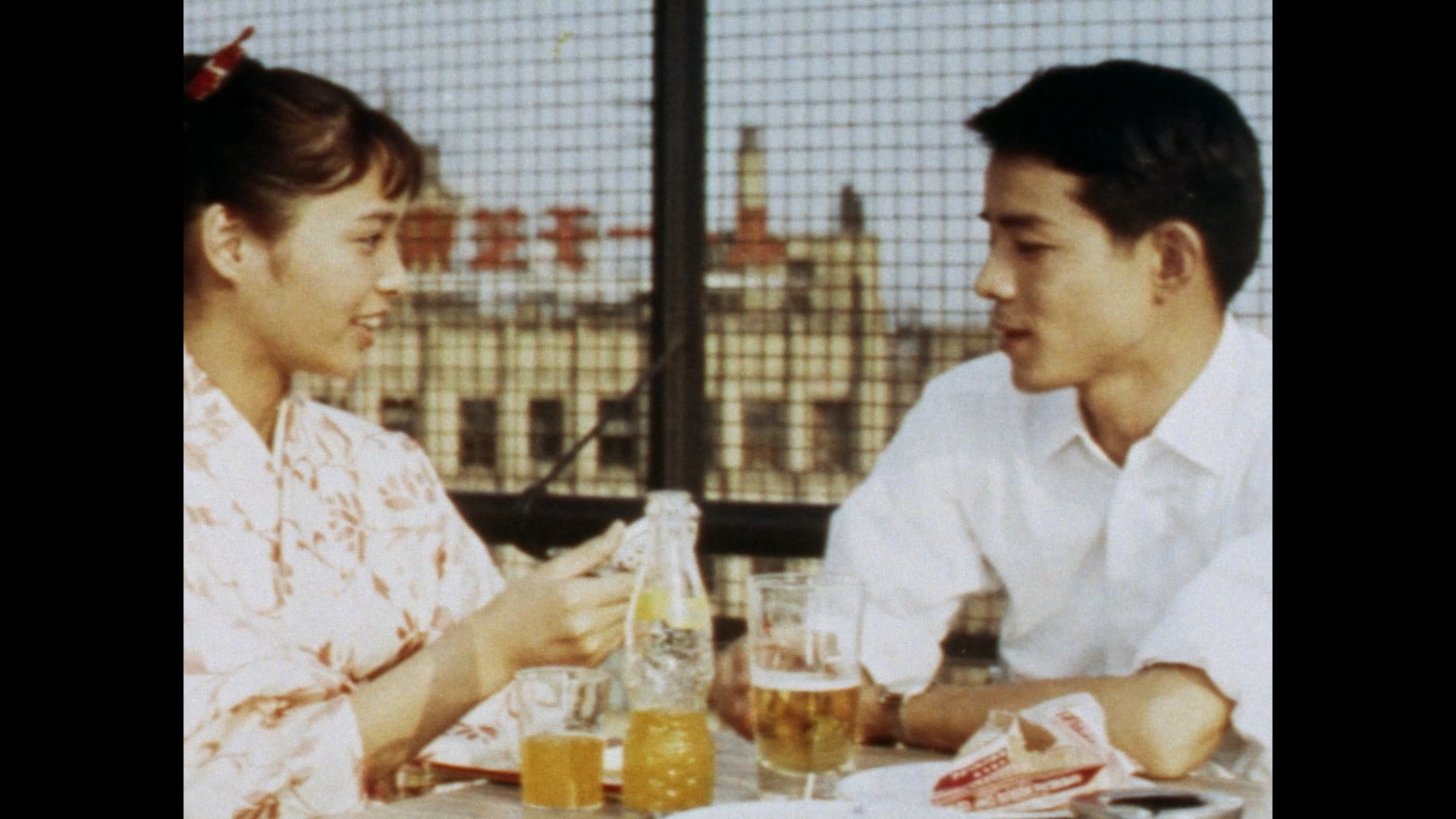 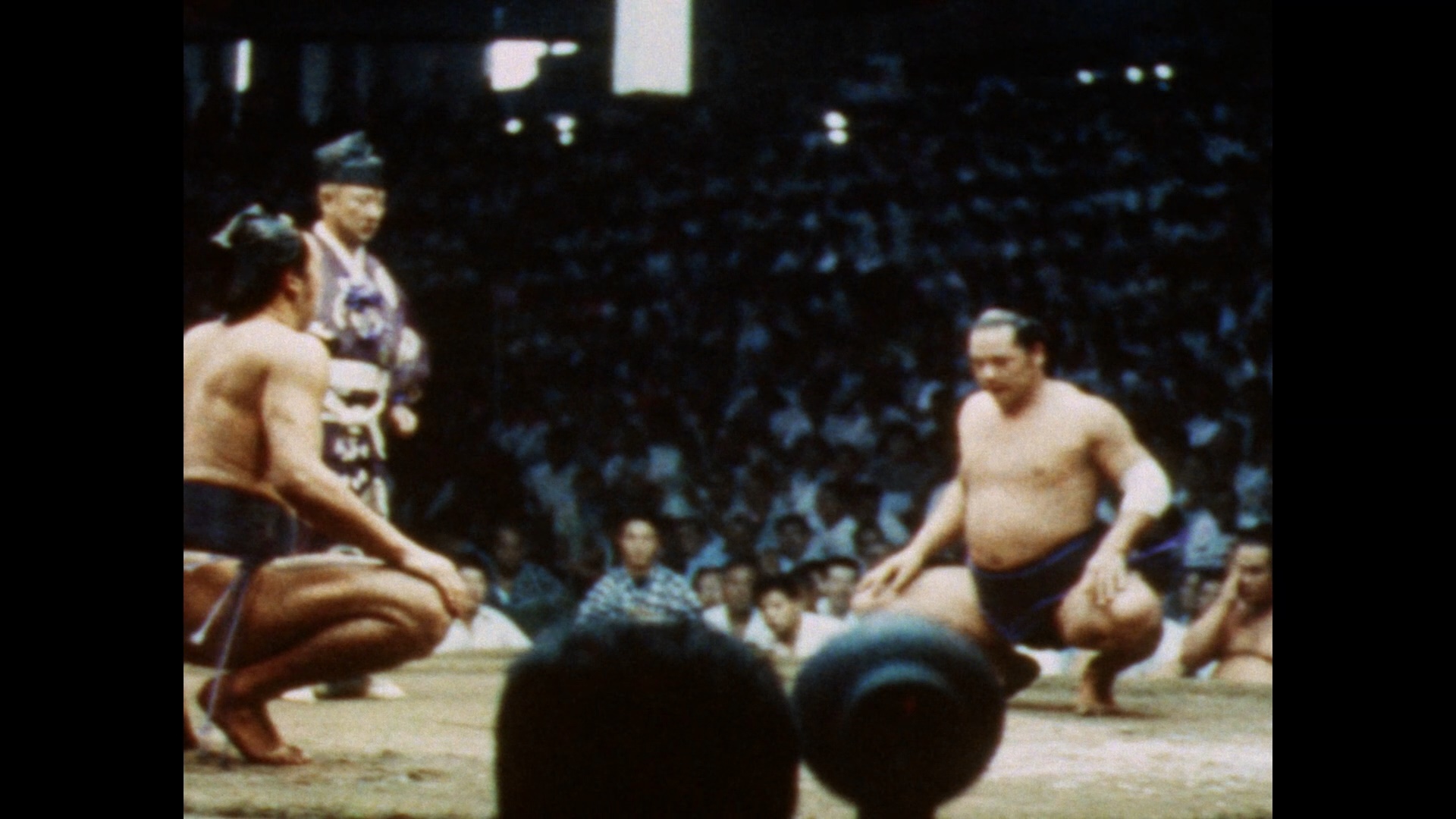 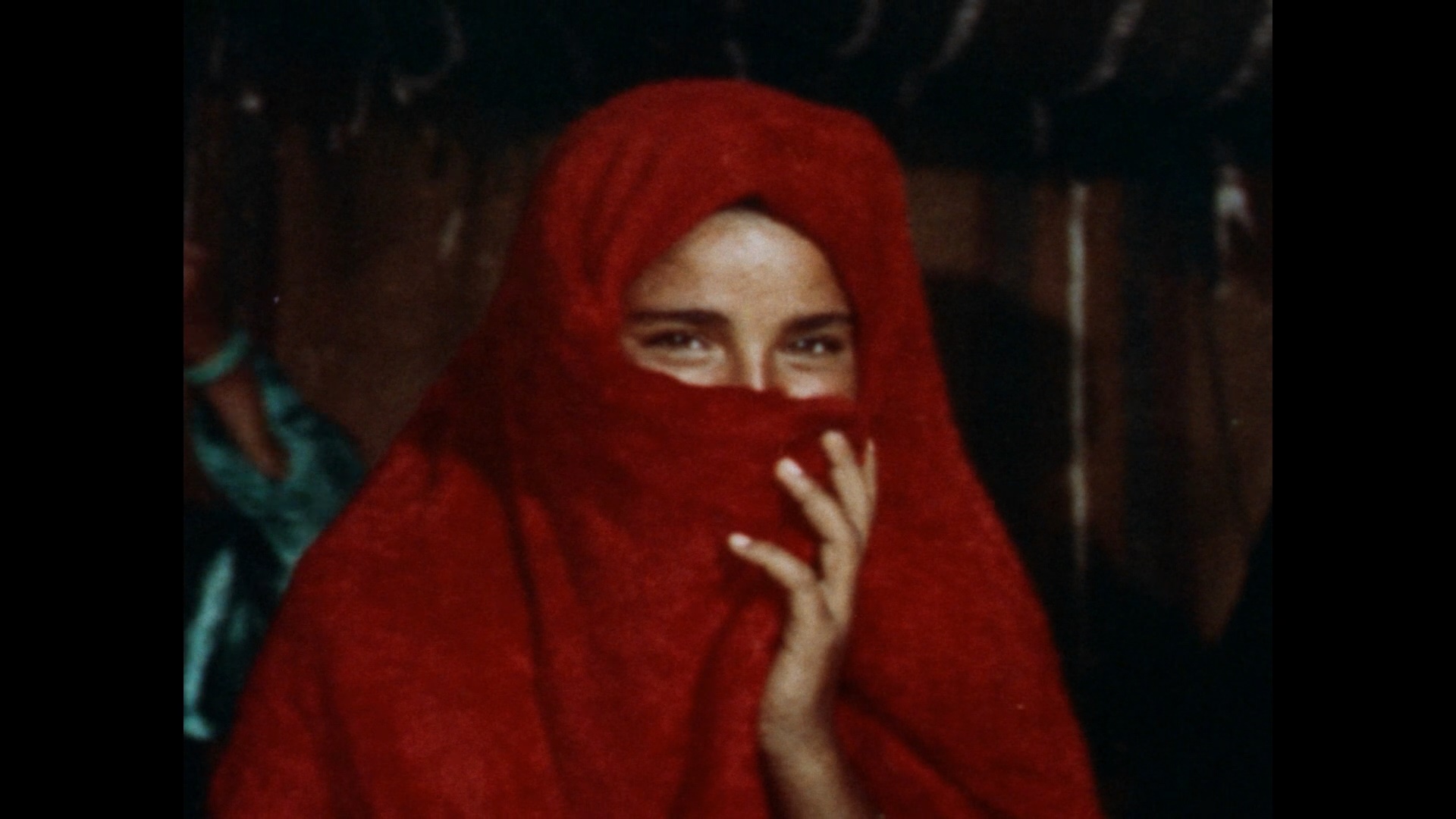 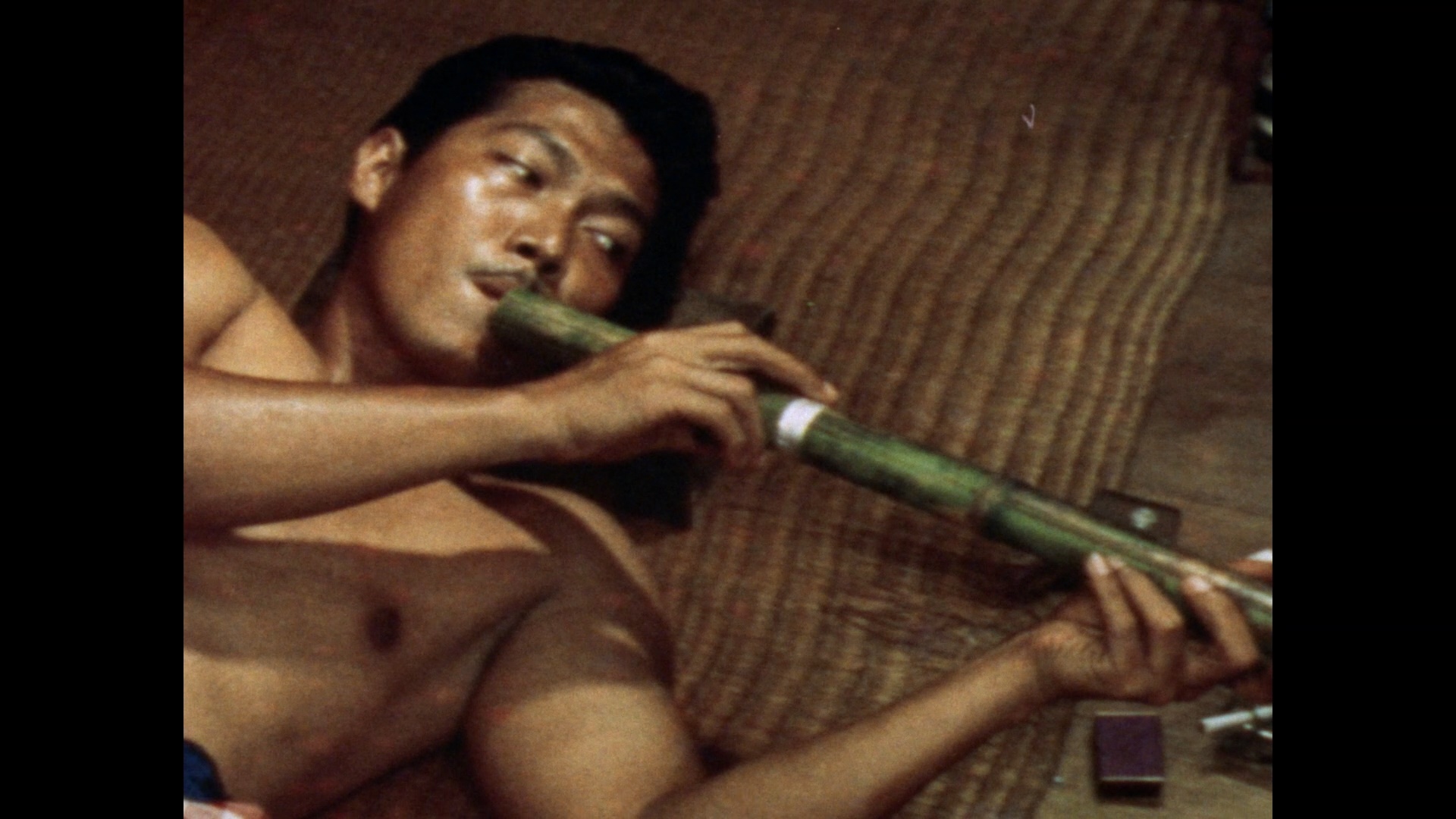 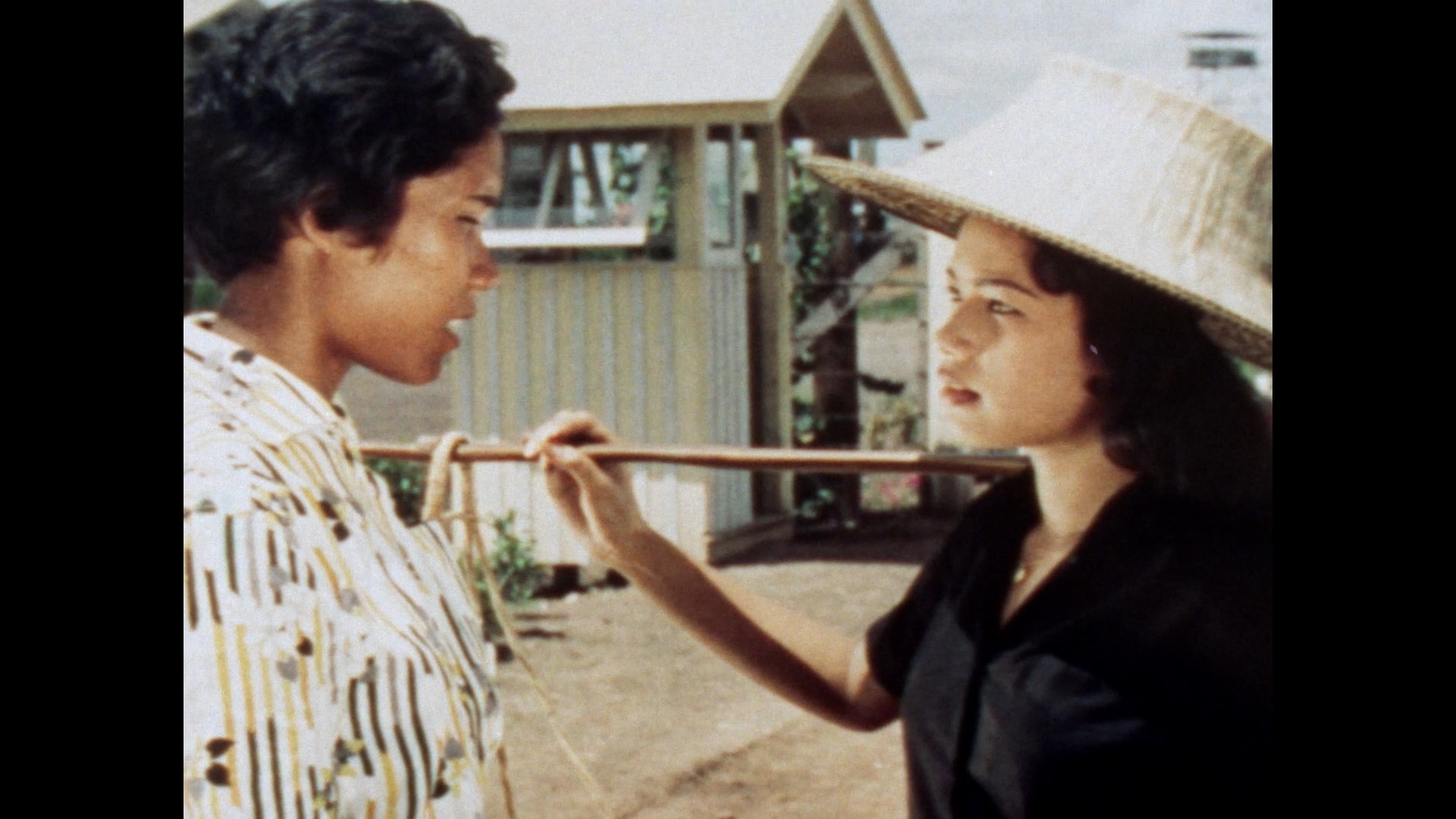