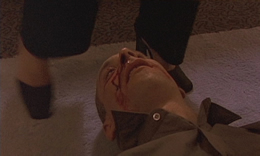 Arguably the most volatile early entry in the current millennium's wave of French shock cinema, Baise-moi is also one of the most unlikely films to ever gain a significant theatr 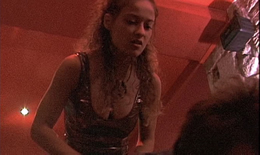 The brainchild of feminist writer Virginie Despentes and based on her novel, Baise-moi (whose title is pretty rude in French and was softened in translation to "Rape Me" for some markets) charts the downward spiral of two outcasts from society, prostitute Nadine (Bach) and Arabic porn actress Manu (Anderson), both of whom have just killed men in their line of work (with Manu bearing the brunt of a nasty group sexual assault and offing her brother afterwards for the way he reacts). They decide to travel from their small ghetto town to Paris, but along the way they embark on a crime spree taking down both their sexual partners and more financially stable members of society. 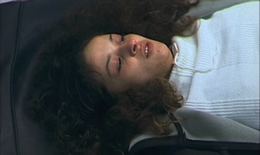 ly far more interesting in theory than in practice, Baise-moi seems like a project designed to grab attention through shock value and inspire generations of college term papers. However, most critics were quick to attack the film for a variety of reasons ranging from its disreputable stars to its troubling use of explicit sex both in "normal" sex scenes (for what that's worth here) and rape sequences, neither shot in a 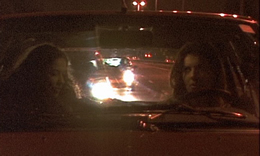 way that's even remotely intended to arouse its audience. The most immediate reaction is to classify this as a rape/revenge film in the tradition of Ms. 45 or I Spit on Your Grave and their successors, but that isn't really how this film operates; the perpetrators themselves don't really seem to be the target as much as society in general, with men getting the worst of it. The anarchic behavior of the women actually puts this closer to a sort of guttersnipe version of the counterculture Czech film Daisies, though obviously this goes to much darker places and ends on a far more despairing note.

Where Baise-moi slips up is really unrelated to its casting, explicitness, performances, or statements about gender or social class; it's the fact that Despentes (who recruited porn actor Coraline Trinh Thi as a co-director) isn't very skilled at putting a film together. Shot and editing choices are often amateurish, and while many films have looked deliberately ugly for good reason (like some of the better Dogme titles), this becomes such an eyesore on a purely visual level that it's often tough to really deal with the film on any other level. As a result, scenes that should have been jolting or provocative come off as posturing without the necessary grasp of cinematic language. As an experiment it's certainly unique among the wave o 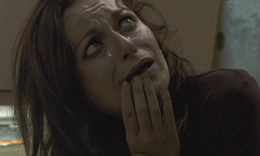 f nouveau provocateurs from Europe, but one can't help but wish the end result had been made with a little more care.

As ragged as the film looked in theaters, it was served far worse by its initial video releases on DVD from around 2001 to 2002. The American and Canadian releases from Remstar were atrocious, pixilated messes saddled with poor compression, while the UK release was, as mentioned before, heavily censored. (Other uncut releases also floated around minus English subtitles and weren't much better on the visual front.) Due to the fact that this was shot on SD video in the first place, it would obviously be pointless to bump this up to HD for a Blu-Ray; as such, it's safe to say that the 2013 release from Arrow will be the definitive presentation for any English-speaking viewers. This is the first time the film has been presented complete (finally passed uncut by the BBFC) and in its correct aspect ration with English subs, and the quality is about as good as possible given the source.

The DVD also includes far more extras than before, headlined by a 40-minute documentary featuring interviews with both directors as well as both female leads. (Tragically, Bach killed herself a few years after the film's release.) Both directors also appear for a later video Q&A at a screening of the film, and between the two, there are some fascinating insights into the film and its creation. Not surprisingly, many of the theories espoused are more deep and rewarding than what comes through in the film, especially the racial and financial angles that are somewhat drowned out by the sex and blood. Also included is the theatrical trailer and an interesting liner notes booklet containing a brief one-page essay by Despentes, focusing primarily on how she chose to adapt her novel, and a longer, excellent piece by Kier-la Janisse (author of the marvelous House of Psychotic Women) who offers her own reading of the female characters and possible reasons for the film's hostile reception. In short, admirers should be relieved to finally have a worthy edition of what remains a difficult and highly divisive film.