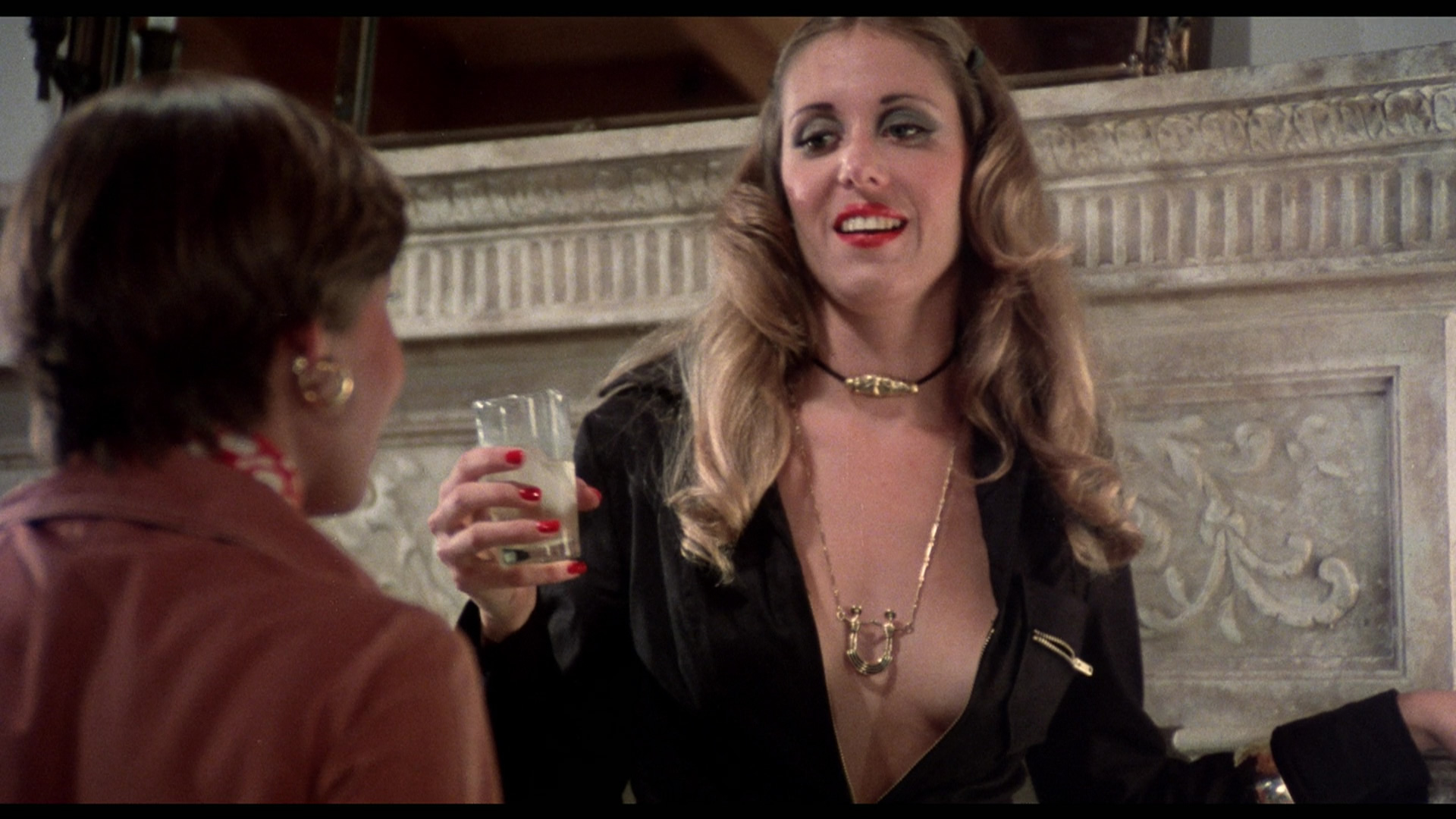 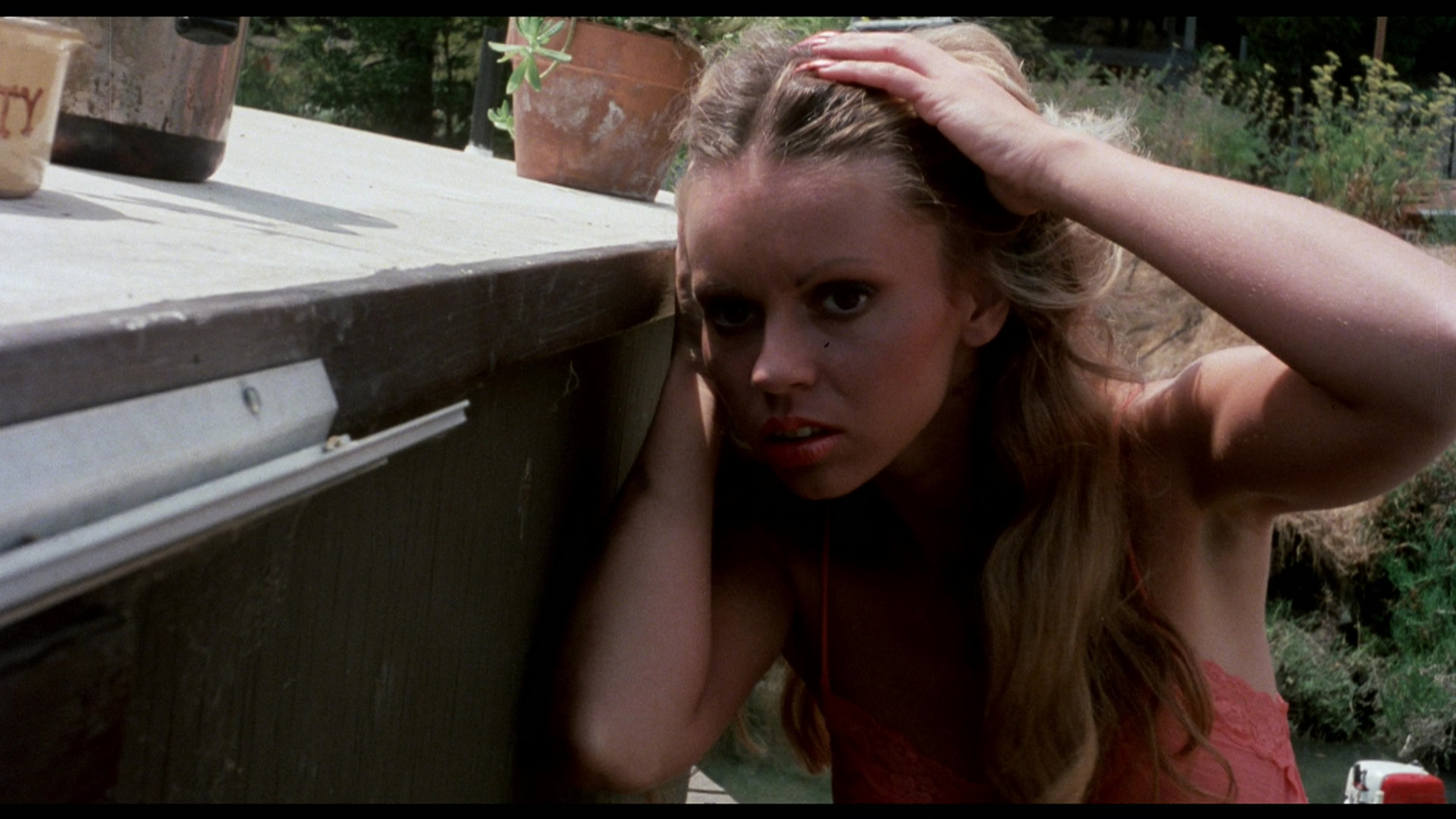 Dock laborer Dan (one-shot leading man Roberts) finds his life taking a very strange turn when he falls for the charms of not-so-sweet young tease Priscilla (Malone), who likes to rile up her teachers by flashing her no-panties look in class. Dan's dalliance incites the wrath of her mom, Molly (Seagrim), so he winds up being shot at and going on the run to hide out at that aforementioned brothel thanks to a reference from Felicia (Hunt), who tries him out in a threesome with her best friend, Annie (Wong). The rules: "No outside pussy. Hump when you're told to hump, stick it in when you're told to, and don't ask any questions. This is a class place with select clientele. Nothing sleazy." He soon finds himself among a bunch of other working boys (including Paul Thomas and Joey Silvera) dealing with regular female clients who frankly 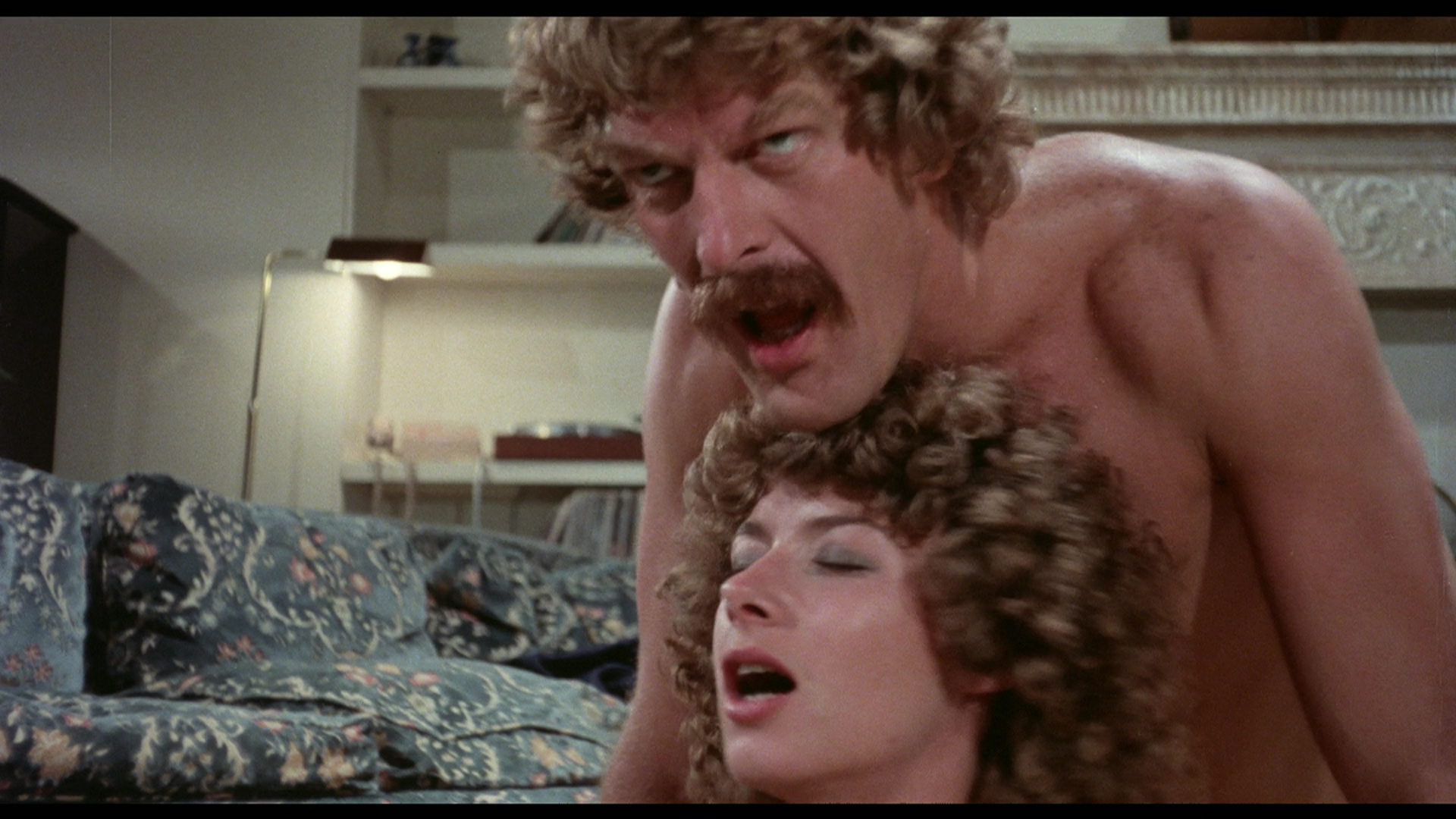 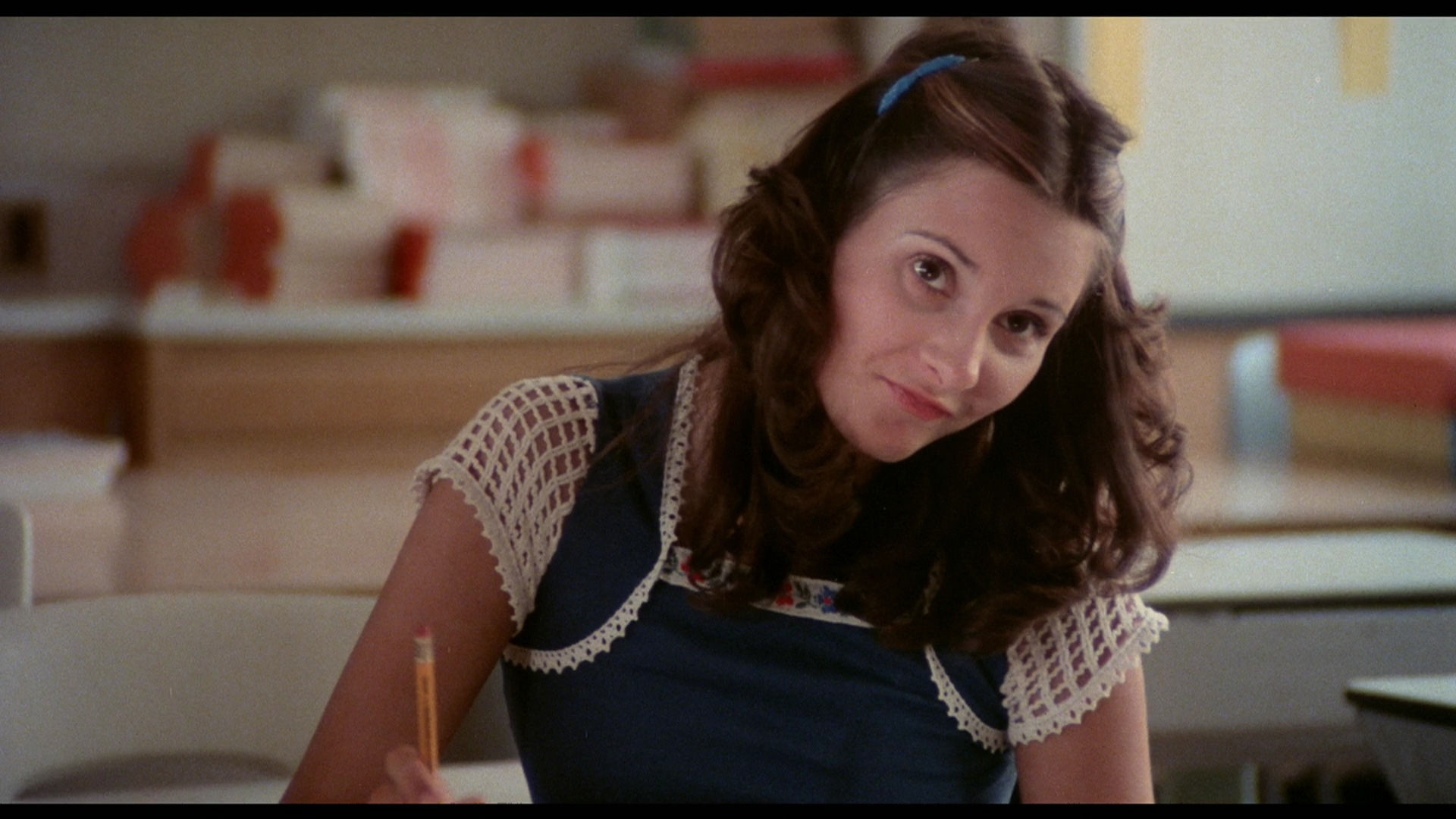 Inventively structured with Dan's story unfolding in flashbacks and montages, Babyface is a fast-moving and entertaining film with a particularly warped sense of humor. The actors all seem to be having a good time, with Seagrim devouring her scenes and Roberts managed to keep the film afloat with the vast majority of the sex scenes (which often have him making some pretty goofy faces). Not to be overlooked is the terrific, very funky soundtrack, one of the best collections of library tracks for an adult film that doesn't have the name Henry Paris in the credits.

The dual-format Blu-ray and DVD release from Vinegar Syndrome in 2017 definitely marks the most satisfying presentation of the film to date, presenting it uncut, in its correct aspect ratio, 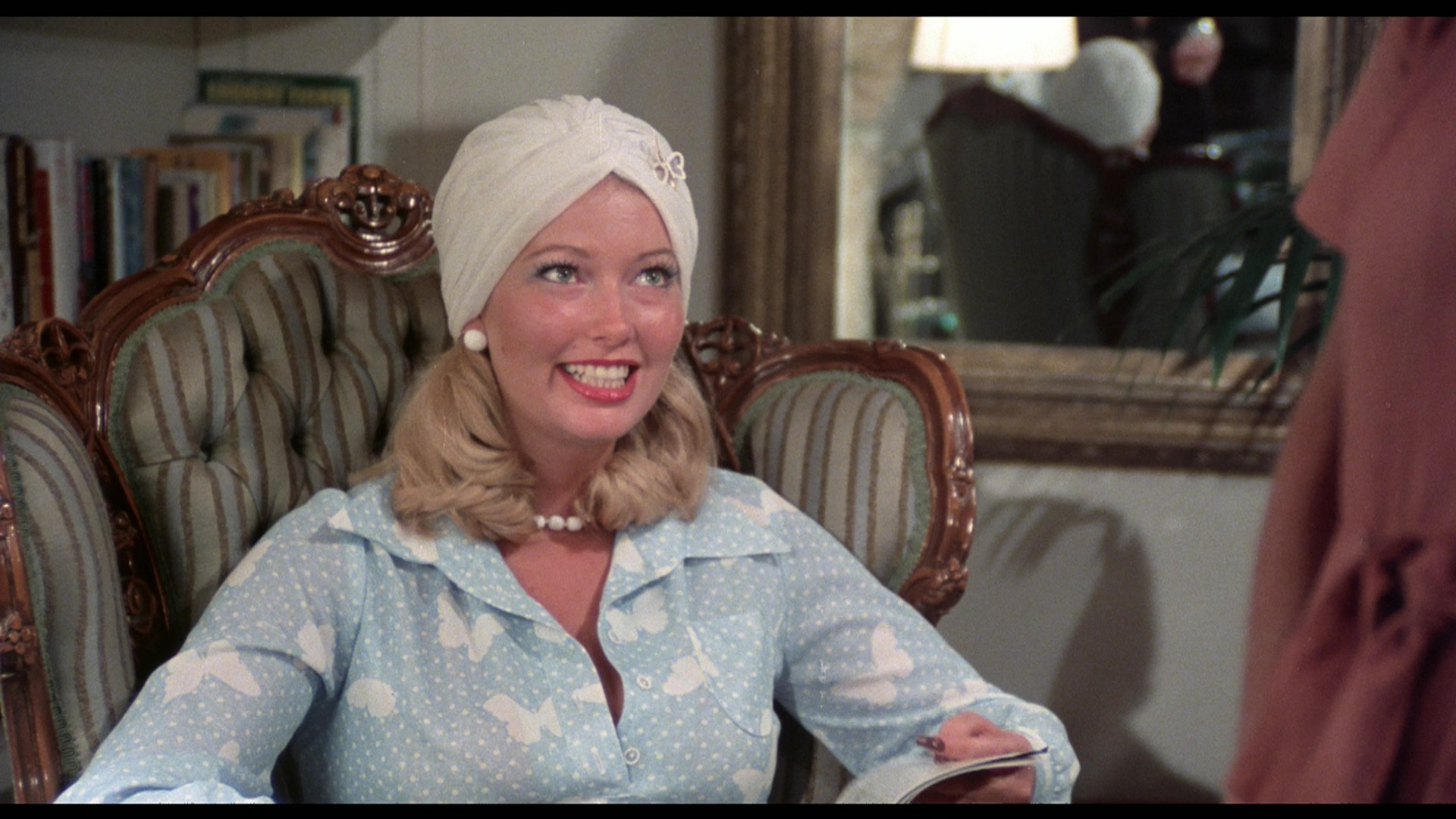 and from the best film elements available. An opening disclaimer notes that 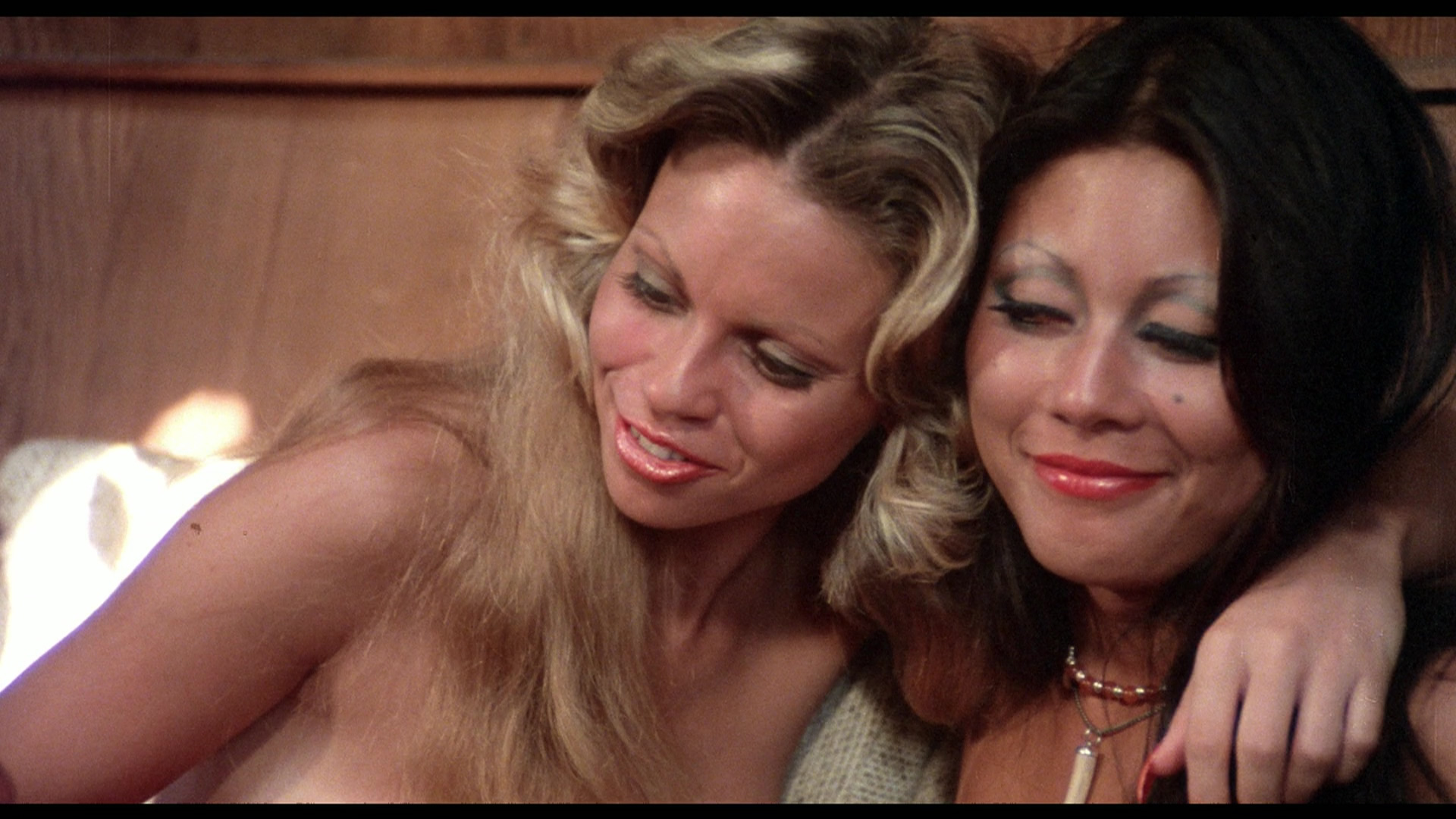 over a three-year search this was the only material that could be used be located, mostly in prime condition apart from some damage in reel five. For the vast majority of the running time it looks beautiful, restoring the film's glossy look as intended and, apart from a few scratches and damage marks, it's an ideal way to make the acquaintance of this essential classic of its kind. The DTS-HD MA English mono audio sounds great (much better than the fairly muffled DVDs), which helps make out some of the more slurred or softly delivered dialogue. The biggest extra here is a 69-minute audio interview between Seagrim and film historian Casey Scott, chatting about how she ended up coming to San Francisco and ended up in working both behind and in front of the camera on adult films, sometimes with then-husband Zachary Strong, with credits including Deep Tango and Masterpiece. It's a valuable historical snapshot of the Bay Area during a pivotal period in pornography spanning little softcore productions to a hotbed of theatrical productions at the height of its popularity. It's a casual but entertaining conversation (their early bit about Confessions of a Peanut Butter Freak is a keeper) with a lot of names covered including the Mitchell Brothers and de Renzy ("I thought he looked like a pirate") as well as stories about police busts and the practice of weekend shoots with gay and straight versions of the same basic script being shot back to back. She also reads a few samples of her journals from the time, which is a nice touch. Also included is "Parochial Passion Princess," a straightforward 12-minute de Renzy adult short film about a schoolgirl who goes for a country drive with her incredibly skeevy teacher for some afternoon delight at his house.