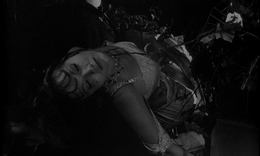 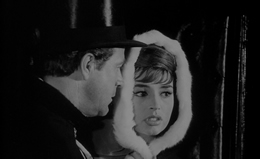 Jess Franco as well as the first genre offering from Spain, The Awful Dr. Orlof inspired a title character that permeated the director's work throughout his career. Originally released under the Spanish title of Gritos en la noche, or Cries in the Night, the film dragged the familiar Universal gothic tropes of single-minded, shambling monsters and atmospheric castles into the more permissive 1960s, juiced up with jazz music, blood, and, in some countries, splashes of nudity.

In a plot derived not very subtly from Georges Franju's Eyes without a Face, the seemingly normal Dr. Orlof (Franco staple Vernon) embarks on a crusade to restore the face of his suspiciously mature-looking daughter by grafting on the facial skin tissue of beautiful women. A former prison physician, he has recruited a robotic, deformed assistant, Morpho (Valle), who displays an unhealthy penchant for assaulting the young women before their operations. Meanwhile the milquetoast Inspector Tanner (San Martin) and his gorgeous Russian girlfriend, plucky ballerina Wanda (Lorys), set up a trap with her posing as a "harlot" to catch the mad doctor before he strikes again. 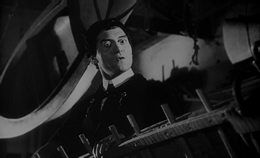 Visually impressive and obviously designed with a love for classic horror and fantasy cinema, The Awful Dr. Orlof (originally tweaked to Orloff in some countries) played drive-ins and matinee houses for years on double bills (most famously with The Horrible Dr. Hichcock) in a censored version which turned up on several public domain video labels. The first DVD from Image courtesy of the Eurociné vaults marked the important domestic availability of the uncut, full-strength French edition, which includes such taboo images as Vernon making a gory scalpel incision on a topless woman, some scantily clad nightclub dancers, and Morpho engaging in some lecherous groping. This was far too shocking to be allowed back under General Franco's rule, with English-language release prints suffering heavily from the edits. In Spain, the film was 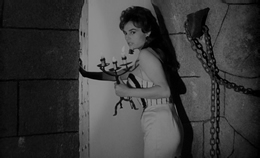 also watered down drastically but augmented with some additional and alternate footage, including more details about the police investigation and the victims.

It's tempting to use this film as something of a Rosetta stone for making sense of the rest of Franco's career, which breaks up into significant periods with the Orlof character weaving through most of them. The name popped up in other features like Dr. Orloff's Monster, The Sinister Eyes of Dr. Orloff, Orloff and the Invisible Man, The Sinister Dr. Orloff, and the beloved Faceless, while the characters of Morpho and Tanner turned up again in other films like Revenge in the House of Usher and Two Undercover Angels.

The film is also significant for launching the horror career of Vernon, who had been appearing in a variety of character roles since the mid-1940s and would go on to alternate between major 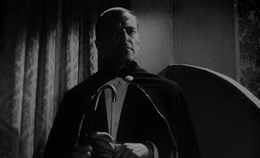 European productions (such as Delicatessen, The Train, and Night of the Generals) and a slew of Franco titles well into the late 1980s. He's an indelible screen presence even here, and he's well matched by the beautiful Lorys, who went on to numerous westerns and appearances in House of Psychotic Women and Franco's Nightmares Come at Night.

The first American DVD of The Awful Dr. Orlof only sported one extra, a set of thorough, affectionate liner notes by Video Watchdog's Tim Lucas which place both the film and Franco's entire career in their historical and artistic perspectives. A 2013 full frame DVD release from Germany's Tonfilm under the title Schreie durch die nacht, offers an English-language release which this reviewer hasn't seen yet but, based on the 93-minute running time, sounds like it grafts the alternate and additional Spanish scenes onto the uncut French print.

Meanwhile the 2013 American reissue marks the ongoing line of Eurociné titles picked up by Redemption Films, 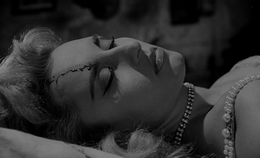 distributed by Kino Lorber. The presentation of the film is essentially an HD upgrading of the version found on the Image disc, albeit now running five minutes longer and offering the graphic French edition (including the studio-inserted topless scalpel scene which still provides a jolt). The English dub is carried over along with the solid French track (with optional, accurately translated English subtitles this time, thankfully), both LPCM mono. The image quality is excellent considering the film's history; per the label's usual practice, there hasn't been any major cleaning done here so specks and occasional damage can be seen throughout, but the leap in detail is considerable and the impact of the heightened resolution adds a great deal to the film's enjoyment. The grayscale looks more limited than one might expect, but it's more pleasing than frame grabs can convey. 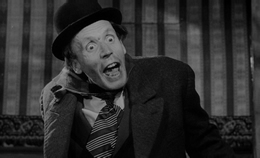 On the extras front, Lucas replaces his decades-old liner notes with a new thorough, engaging audio commentary in which he lays out a case for the film's significance, covers the highlights for most of the players in front of and behind the camera, and points out the variations between the different international releases. He also makes a case for this as ground zero for Franco's women in prison epics, an amusing concept when one considers where that led. The late Franco appears for a great 15-minute interview, conducted by the gang at Severin Films (in his heavily accented English with helpful yellow subtitles) in which he talks about launching the film under the Spanish dictatorship, the sheer coincidence between this plotline and Eyes without a Face, working with Marius Lesoeur and casting actors, and the film's financial success which suddenly turned him into a horror filmmaker instead of someone trying to "follow the career of Antonioni." Daniel Gouyette's 18-minute "The Young Dr. Orlof Chronicles" features Daniel Lesoeur and film historians Alain Petit, Lucas Balbo, and Jean-Pierre Bouyxou covering the film's genesis including a pivotal screening of Brides of Dracula, the film's debt to 1939's Edgar Wallace-derived Dark Eyes of London (with Bela Lugosi as Dr. Orloff), Franco's mysterious pulp novel career as "David Khune," and much more, creating a fascinating portrait of a horror cycle being born out of a unique convergence of pop culture fixations. Gouyette's 8-minute "Jess! What Are You Doing Now?" offers a more general overview, with the same participants and more pondering how the colorful director might be spending his time in the afterlife. Also included are a gallery of 16 photos and poster designs, the original American theatrical trailer ("In funereal black-and-white"), and bonus trailers for A Virgin among the Living Dead, Female Vampire, Exorcism, and Oasis of the Zombies.