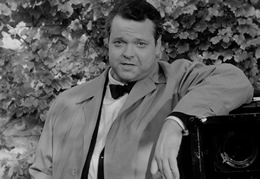 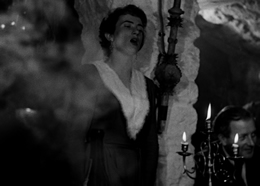 This fascinating anomaly in the career of Orson Welles, a British travelog program under the auspices of ITV, was mounted during his European tenure that also resulted in Mr. Arkadin, his aborted Don Quixote, and his memorable turn in the superb British supernatural anthology Three Cases of Murder. Comprised of six episodes (with a more problematic seventh one forming the basis of a separate documentary), it's a work full of oddities and mysteries like the rest of Welles' work, leaving one wondering exactly which parts of the series reflect his vision and which had to be cobbled together in his absence once he reportedly lost interest.

The episodes here include "Pays Basque l - The Basque Countries," "Pays Basque ll - La Pelote Basque" (which repeats some footage and plays like an extension of the first episode), "The Third Man in Vienna" (the famous once-lost episode returning Welles to the location of one of his most famous roles), "Saint-Germain-des-Prés," "The Queen's Pensioners" (a colorful and very unorthodox look at London through the eyes of its elderly), and "Spain - The Bullfight." As you can guess from the titles, it isn't really around the world so much as around Europe, with Welles sometimes shoehorned into preexisting footage and interviews but genuinely interacting at other moments.

The fourth episode has some of the biggest points of interest as it finds faces like Jean Cocteau and American artist Raymond Duncan thrown into the mix, and as always Welles proves to be a pleasant raconteur in what amounts to a dry run of sorts for his masterful quasi-documentary, F for Fake. He also reaffirms his foodie status with a steady focus on everything from coffee and wine to 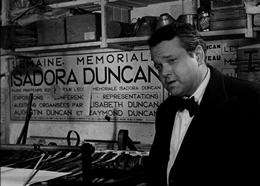 pastries, often with such affection and intensity you'll be hard pressed to watch a full episode without running to the kitchen. In typical Welles fashion, he also emphasizes the presence of the camera itself, often posing beside it and talking about how it can be used to paint a particular portrait of a local area. 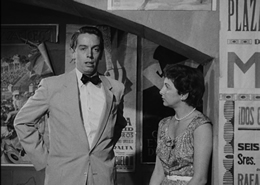 Originally released on DVD in 2001 (minus the then-missing Vienna episode) from Image, the series went out of print for many years before resurfacing again in 2015 with sparkling new HD scans from the original surviving 35mm materials. The transfers look as good as the erratic nature of the production will allow, with the Welles and primary location footage appearing pleasingly sharp and natural. Some of the more cobbled together elements show signs of coming from other hands, of course, which is just the nature of the beast here. Also included on the disc (or second DVD if you get the standard def option) is The Dominici Affair by Orson Welles, Christophe Cognet's 2000 documentary. Running 52 minutes, it includes the entire assembled version of the discarded seventh episode, which according to rumor had to be scrapped over pressure from the French government as it explored a notorious murder case involving a murdered British family and a convicted farmer. Finally the set closes out with "The Levin Interview with Orson Welles," a 27-minute chat from 1967 with the filmmaker covering his career to that point from his Mercury Theater days through his sojourn through Europe. Enclosed is a liner notes booklet including a lengthy essay about the series by Ben Walters including a useful look at Welles' TV career including the BBC mini-episodes shown as Orson Welles' Sketch Book. A pricier, stripped-down US version (with the episodes and Dominici doc) is also available with the same transfers directly from B2MP.