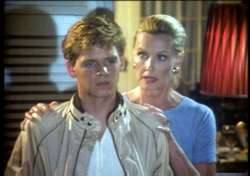 Brilliant pre-teen Anna Hart (Byrne) dreams of becoming a physicist and excels at her gifted school, but her petulant attitude and bouts of kleptomania have her parents and teachers concerned. After a dream about a plane crash, she sees news of the same event the following day with one of the survivors, a young girl, looking exactly like her  and bearing the same name. Anna and her brother (Patton) confront their mother, Sarah (Merrill), who reveals that Anna was in fact born as a clone of Anna Zimmerman, a gifted scientist who died before finishing her revolutionary work that could solve world hunger through manipulation of the earths elements. However, Annas continued aversion to flashing lights and piano playing turn out to be symptoms of a much stranger past involving a concentration camp, and a strange medical research institute. 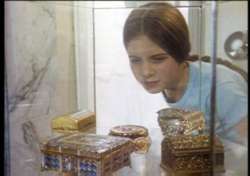 Ostensibly made for a younger audience, this science fiction melodrama begins with a concept almost identical to The Boys from Brazil (albeit with a female and much more sympathetic test subject) but soon develops a personality all its own. The first twenty minutes or so dont seem promising thanks to some stilting acting and flat, TV-style direction, but once the real investigation into Annas past begins, this morphs into a fascinating, atmospheric and rather haunting study in identity, scientific responsibility, and familial bonding. Future soap actress Byrne does a solid job as Anna, transforming from an unsympathetic brat into a more self-aware, compassionate heroine whose plight becomes quite suspenseful in the second half. Best known to horror fans as Jesse in A Nightmare on Elm Street 2: Freddys Revenge, Patton also overcomes his awkward initial impression as a brother who discovers loyalties he never imagined. Frequent TV actress Merrill gets top billing but 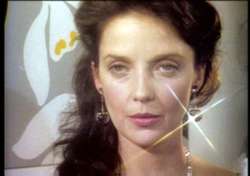 has the toughest role to play as an extremely stupid mother trying improbably to conceal a hefty secret, but co-star and fellow TV character actor Donna Mitchell fares better as the mysterious piano teacher who awakens some of Annas more latent, admirable qualities. TV director Wierner doesnt do much more than keep things moving efficiently, but apart from a couple of utterly disposable chase scenes, he handles the tricky plot and emotional gradations with enough skill to leave a lasting impression. 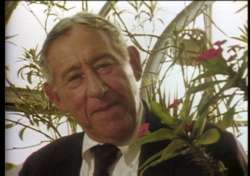 Unreleased in theaters, this independent production became a TV and VHS staple in the mid-80s but then vanished without a trace for over a decade. Scorpions DVD release marks a welcome revival for fans of more challenging family films that tend to leave a little bit of trauma along with their life lessons, though the film still shows its age thanks to a dated video transfer. The full frame presentation doesnt seem to be missing much significant information (it looks almost open matte and plays well about 90% of the time matted off on a widescreen TV), but the mediocre color and detail rendition dont come close to knockout material. However, its much better than the terrible 80s video masters and at least brings the film back into public circulation.

The disc contains two hefty extras; first up is a 37-minute interview with the still-lovely Byrne, who talks about her entire acting career, her role in this film, her memories of her co-workers, and the much darker ending of the source novel. Shes still very proud of the film and enthusiastic about her career, making this a breezy and entertaining watch. The elusive Patton, who paints and now runs an art gallery in Mexico, makes a rare audio appearance here chatting by phone about his first film role moving from Broadway to Robert Altmans Come Back to the 5 & Dime, Jimmy Dean, Jimmy Dean, and how he was hired for this film through a recommendation from Merrill, along with other topics like his violin playing in the film. He also takes time to plug his fan revival courtesy of the Elm Street documentary, Never Sleep Again. And hey, you can Facebook him!