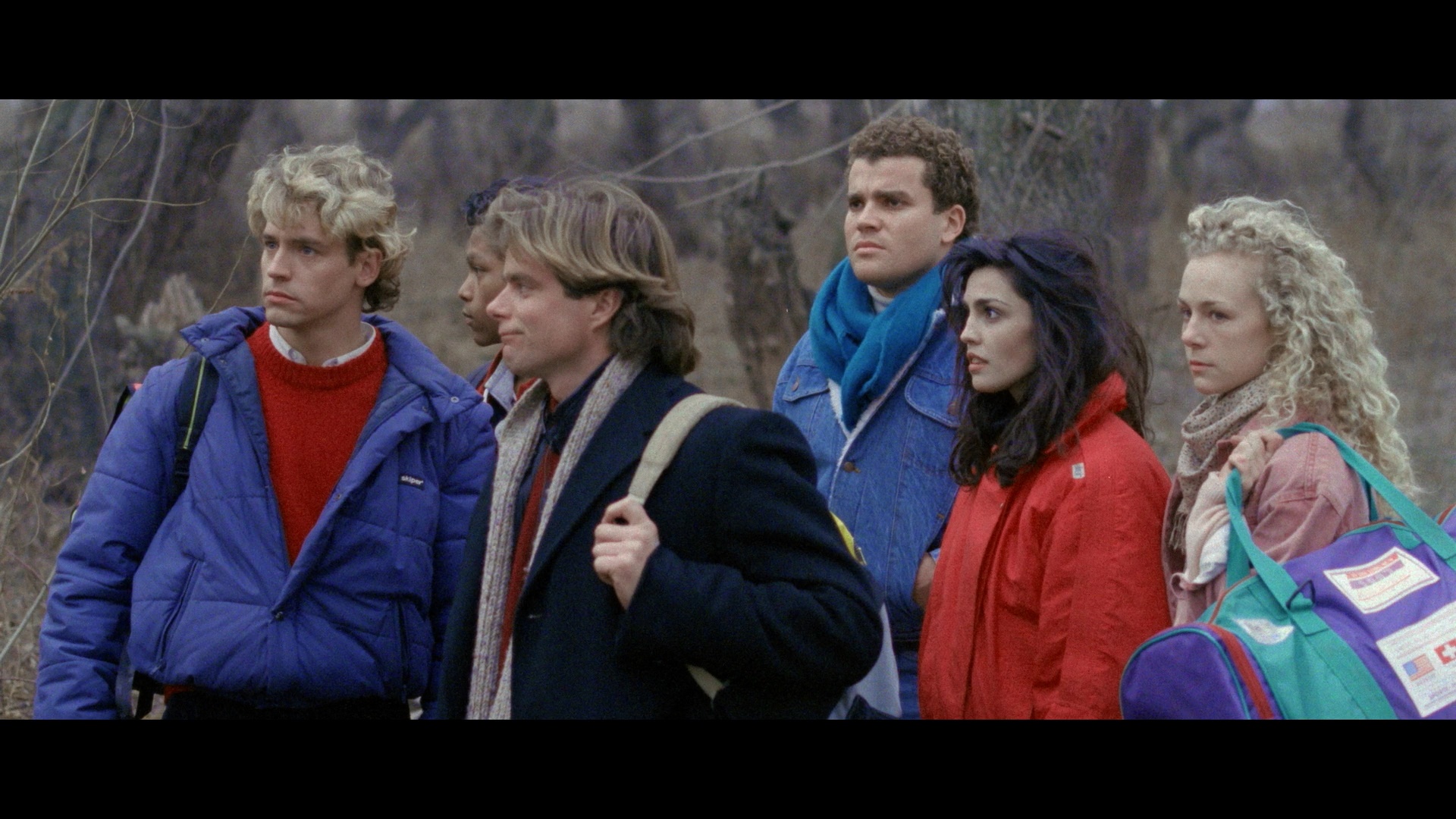 most fans of Euro horror know, it was common practice to retitle films over and over to associate them as closely as possible with other, 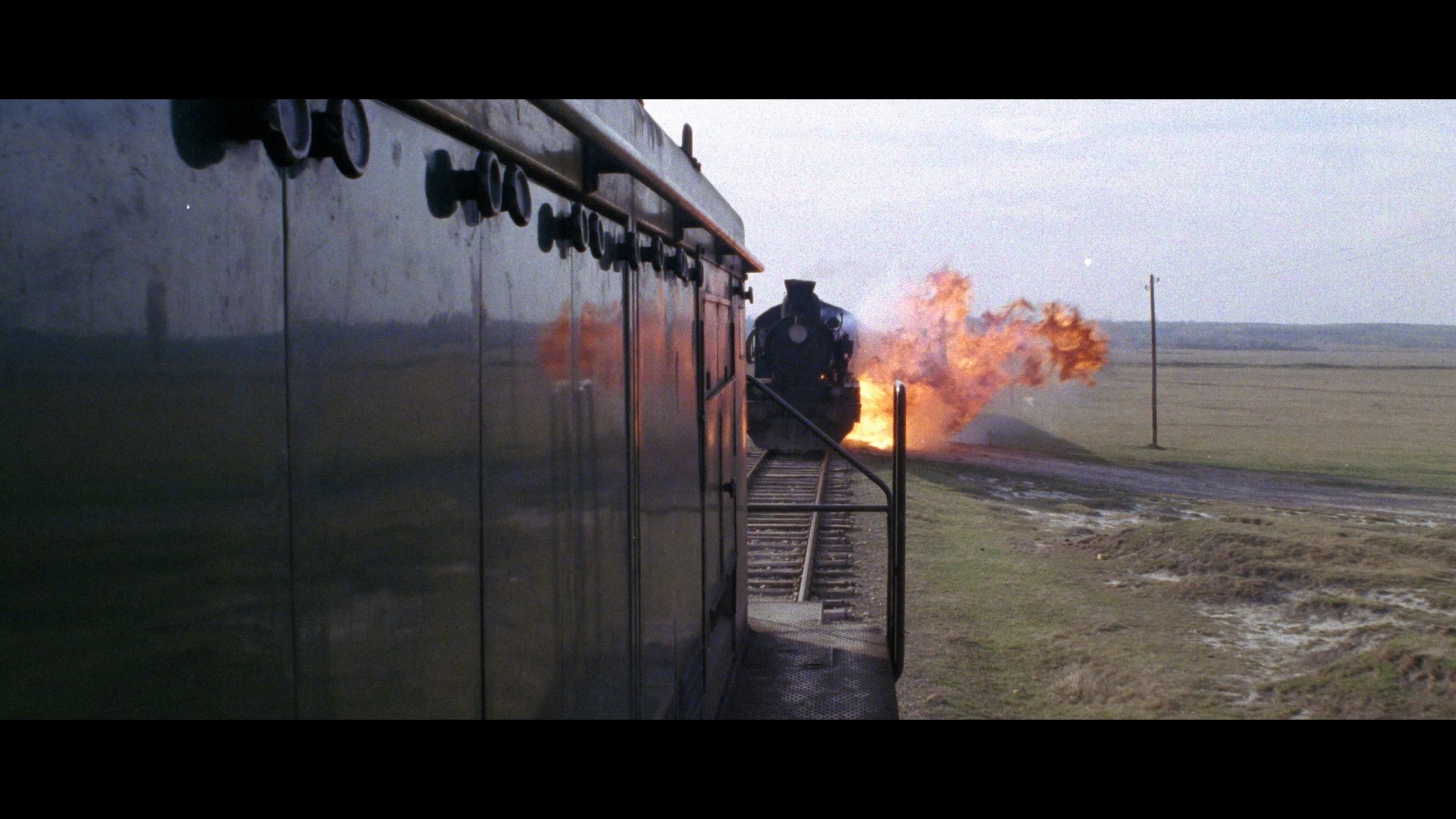 more famous titles. Thus you wound up with the likes of Cruel Jaws, Alien Contamination, and in the case of Mario Bava's Shock, a completely ridiculous retitling in America as Beyond the Door II. One of the last entries in this trend was the truly odd case of Amok Train, a last-gasp Italian horror film from producer Ovidio G. Assonitis who decided to issue it in America as Beyond the Door III (from Columbia Pictures, no less!). Unlike the Bava film, at least this one has some sort of satanic storyline to justify this marketing ploy, and the addition of Yugoslavian and American financing as well as a collection of mostly unknown international actors gallivanting through Serbia results in a very strange but unmistakably unique horror film.

While many horror films tend to push any story plausibility to the edge of disbelief, this one gleefully charges off the tracks in its first act and never looks back. The harebrained story kicks off when seven SoCal teenagers doing a Balkan studies course in Europe, with Beverly (Kohnert) particularly keen to explore her local ancestry. An opportunity arises in the form of mysterious anthropology professor Dr. Andromolek (Svenson), who guides them to a woodland pagan festival that turns out to be the refuge for a Satanic cult. Drugged and nearly killed, all but one of the kids escape with their lives and climb aboard a nearby train. Unfortunately, the forces of evil are not so easily discouraged as the train itself, um, becomes possessed by a demonic force 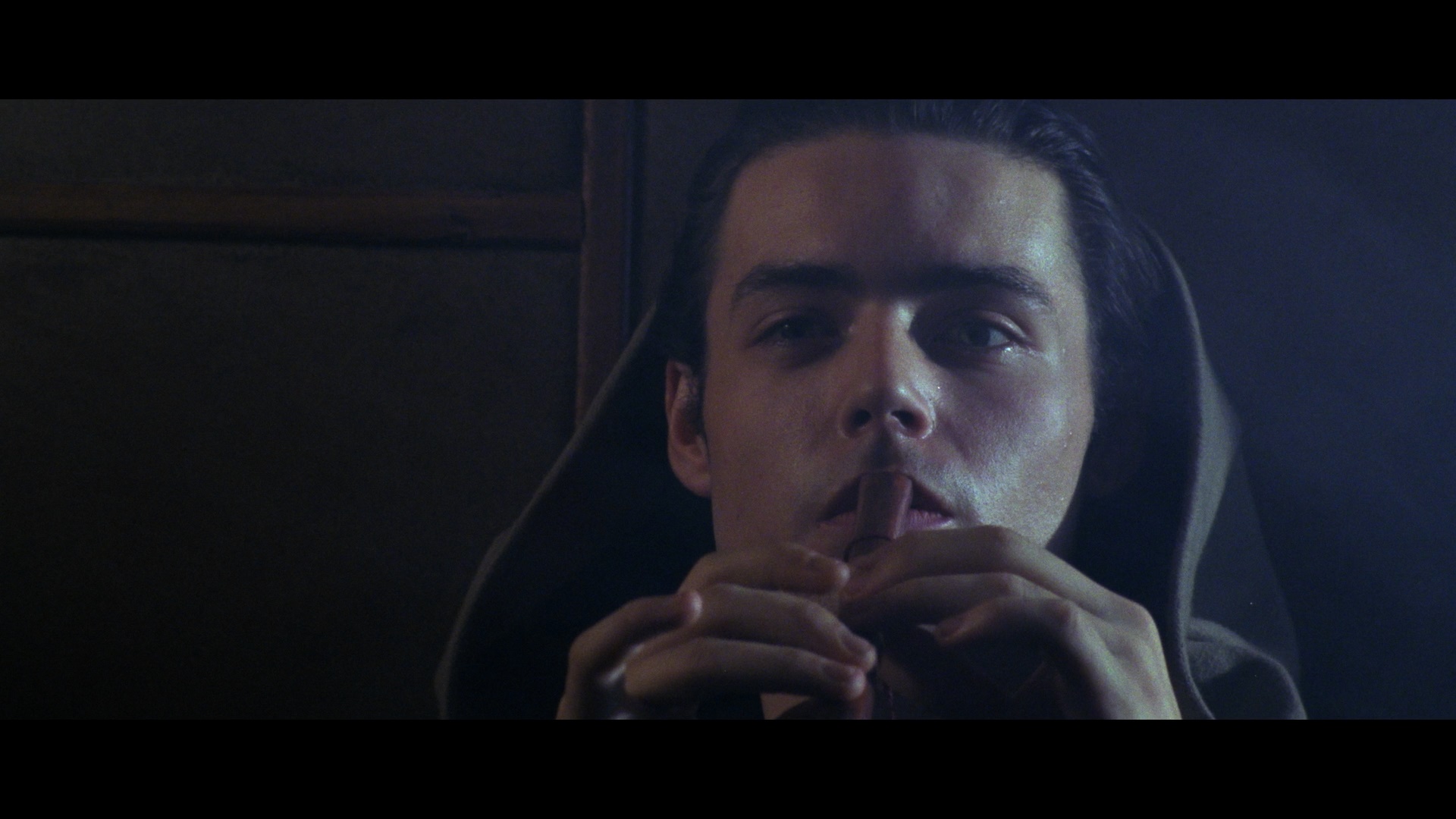 which wipes out nearly everyone aboard and takes the kids both on and off the tracks for, of course, a hell of a ride. Much dismemberment ensues as Beverly is informed (by the train, natch) that she's actually promised to Satan and is 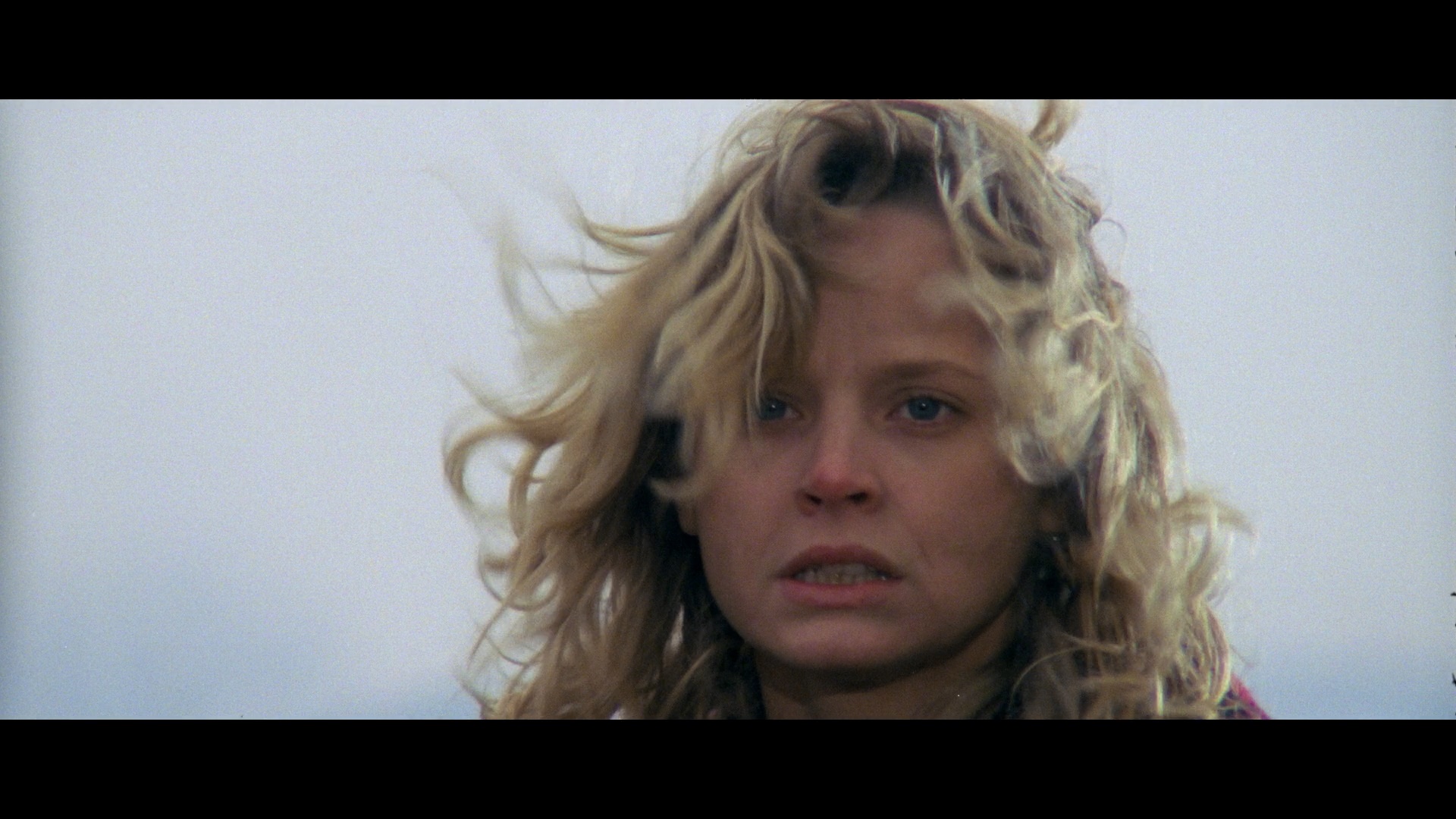 trapped into fulfilling her destiny, even if all her friends are torn to shreds in the process.

Apart from the always entertaining Svenson, Amok Train boasts a conspicuously underequipped cast (including the possibly tranquilized Victoria Zinny who appeared in tons of Joe D'Amato '80s films) as well as loads of over-the-top gore, much of which was scissored from the domestic VHS releases. Fortunately Media Blasters' release from 2008 and subsequent editions contain the full, plasma-spattered version with lots of latex and plaster heads spewing Kayro across the screen. Perhaps more divisive for horror fans is the grinding synth score by Carlo Maria Cordio (obviously inspired by his work on Aenigma) and the sheer absurdity of the plot (including a train vs. lake scene you won't forget anytime soon), but rest assured, you'll never be bored for a second.

Though films like these almost always went straight to video, Amok Train was actually shot in Super35 which means its surprisingly slick and atmospheric widescreen compositions could be adapted for various aspect ratio requirements but ideally framed for 2.35:1. The DVD from Media Blasters reinstates the original framing, which helps immensely 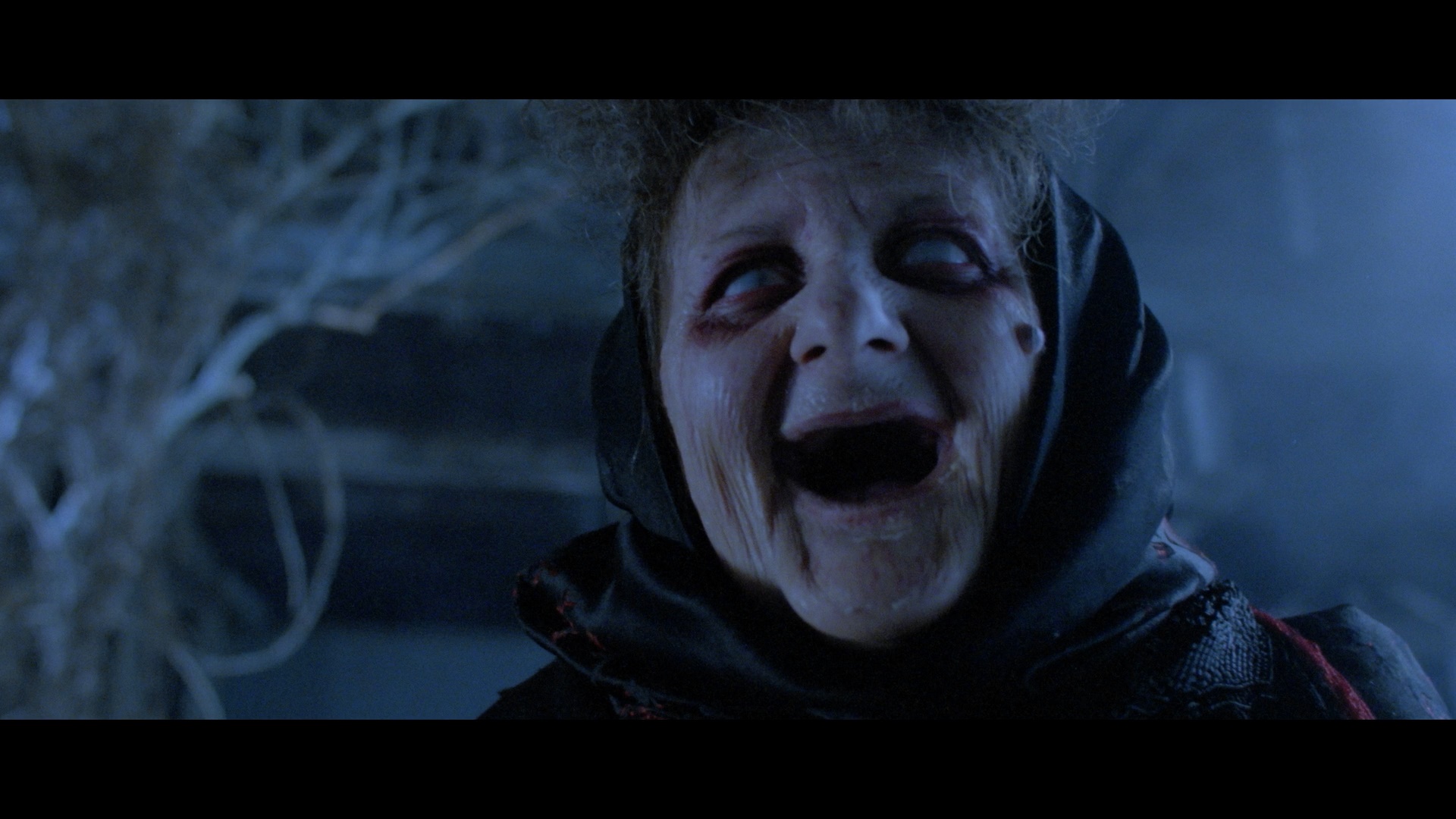 on a visual level along with the added unrated footage. Very nice all around. (The print still bears the Beyond the Door III title, which is 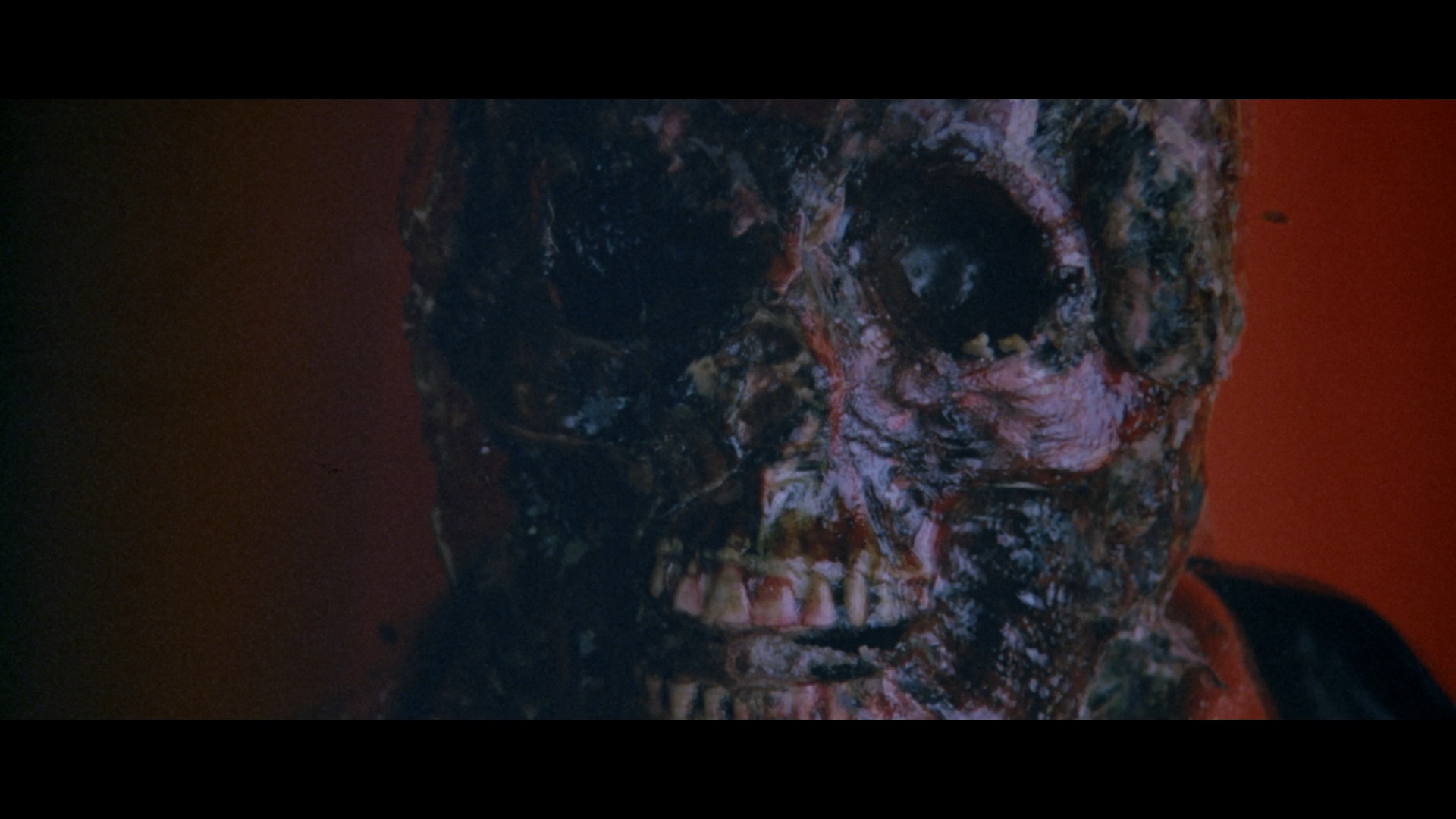 bound to confuse more than one consumer out there.) The biggest extra here is a half-hour chat with Assonitis, who talks about the genesis of the film (basically a favor for some ambitious family friends) and its biggest cinematic influence, Runaway Train -- something you'll never hear about any other '80s horror film. He also talks about his rationale for the title changes, his experiences just before this film working for the notorious Cannon Films, and his discovery of James Cameron, a topic still mired in more than a bit of controversy. Also included is a much shorter interview with talented cinematographer Adolfo Bartoli, a batch of other Shriek Show trailers, and a promo gallery.

In 2019, the film made the leap to Blu-ray in the U.S. with a dual-format edition from Vinegar Syndrome that marks the best presentation of the film to date thanks to a fresh 4K scan(!) from the original camera negative. Detail looks great across the board, capturing the dreary and mostly subdued color scheme but coming to life where it counts with those all-important bursts of red. Landscape shots in particular look nicely detailed now and give the film a richer sense of atmosphere than before. The DTS-HD MA English 2.0 stereo track sounds solid as well with some reasonably fun channel separation, and optional English SDH subtitles are provided. In a nice touch, you can also watch it with English subtitles just for the 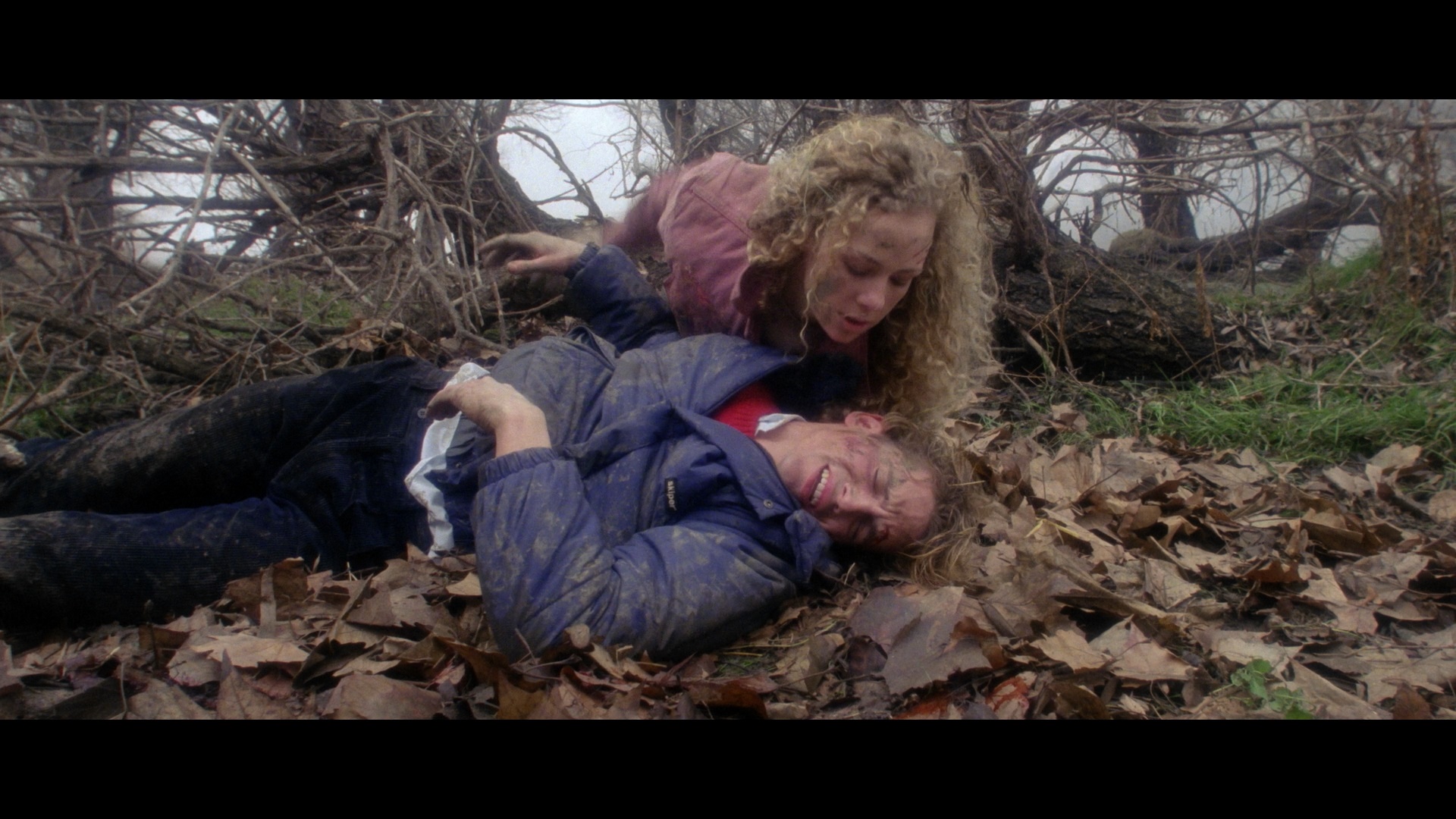 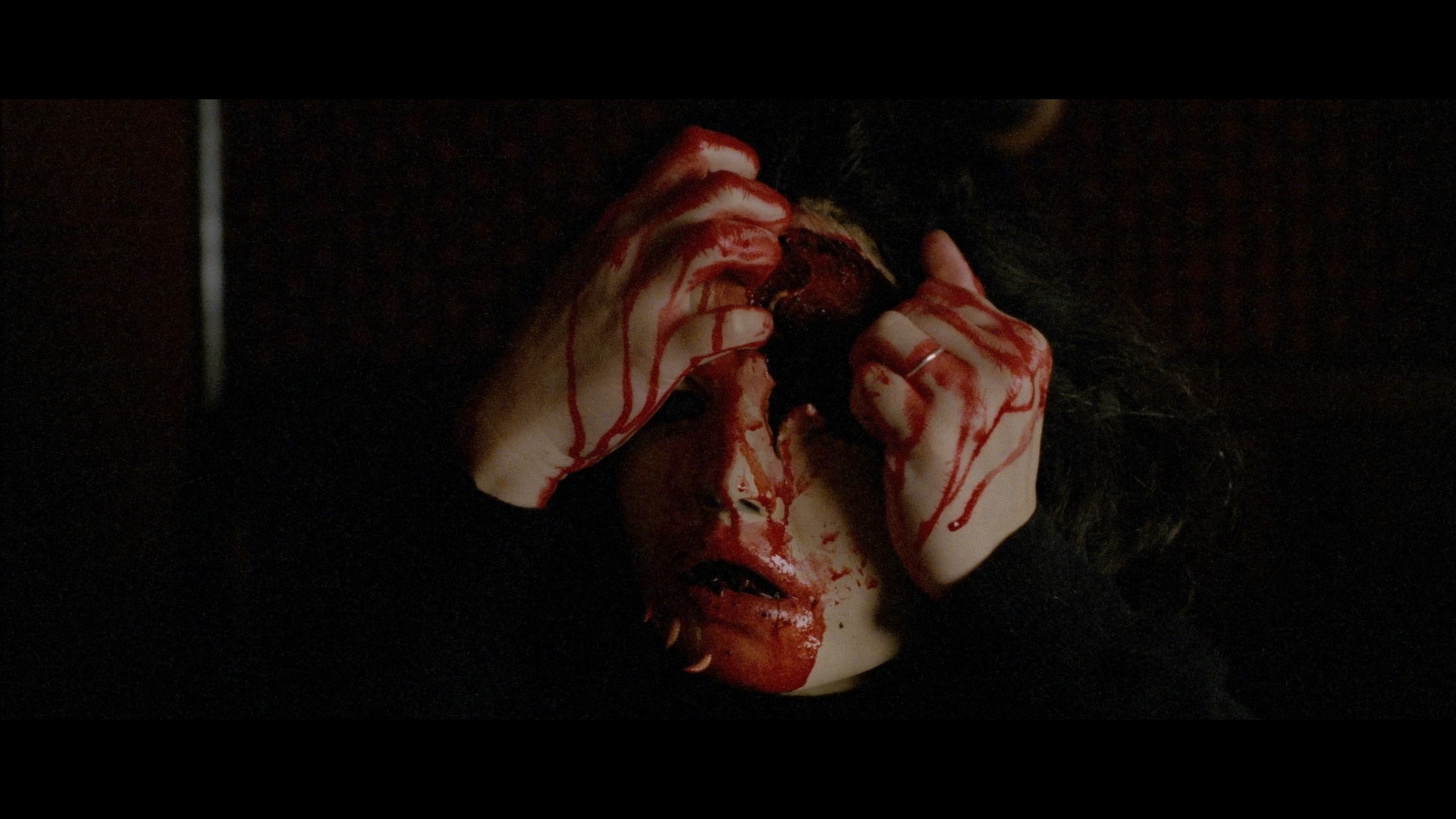 Jeff Kwitny (who had just helmed the entertaining slasher favorite Iced) appears in "Running Amok" (39m48s), a lengthy discussion of the project from his first encounter with Assonitis (when he pitched this as a time travel project inspired by The Painted Bird!) through the production of Piranha II and this film's European shoot under the title The Train as well as its less than ideal casting process. (Imagine this with Terence Stamp!) Then a very animated Svenson shows up for "A Long Walk to Yugoslavia" (22m13s) explaining how he basically took this as a paycheck gig for Assonitis and shares his own philosophy on acting and his role choices, not to mention some crazy anecdotes from the set including the colorful characters around the Eastern European locations. Finally you get an untitled interview with cinematographer Adolfo Bartoli (6m43s), which is a bit tough to make out at times with his accent but features some thoughts about his work ethic and his thoughts on cinematic language including this "fantasy-horror movie," particularly the use of wide-angle lenses. All aboard!