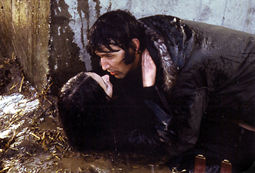 One evening on the metro after a stage rehearsal, theatrical electrician Len Lewin (The L-Shaped Rooms Bell) strikes up a flirtatious conversation with pretty young chorus girl Val (Black Christmas Hussey) and rapidly plunges into an affair. Len isnt exactly forthcoming that he also happens to be married to Val (Rowan & Martins Laugh-Ins Carne) and has two small children, but Val has a bigger surprise; when she shows up in her school uniform, Len learns shes still a couple months shy of sixteen, the legal age of consent. As their relationship develops and the wife has to go out of town for a while, the couple must deal with the obvious obstacles while deciding whats best for themselves in the long run. 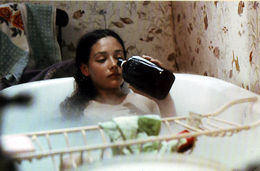 This surprisingly even-tempered and restrained film was made at the height of Swinging London fever on the big screen, but despite the vivid colour schemes on display, All the Right Noises is definitely a child of the British New Wave with an emphasis on subdued realism and emotional honesty. The film never goes for melodrama, so dont expect any violent deaths or traumatic abortions here. Instead the viewer gets to simply savor three terrific lead performances (Hussey in particular was a hot item fresh off the smash hit Romeo & Juliet) while the film also marks a rare directorial effort for Gerry OHara, a very busy assistant director on such films as Tom Jones, Exodus and Our Man in Havana; his main directorial career gets quite a bit weirder with credits including the harrowing The Brute, the junky The Mummy Lives, and one of the trashiest films ever made, The Bitch. However, All the Right Noises marks one of his few personal efforts and is certainly worthy of rediscovery. His clever eye and impeccable knack for dramatic pacing result in a small, fragile miniature seemingly designed for discovery rather than widespread acclaim, essentially the sort of thing you discover flipping channels on a dreary afternoon and cant help but watch. 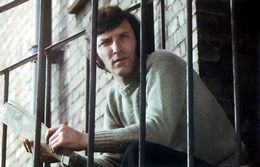 Held up by distributor 20th Century-Fox for two years in most territories, this film never really found much of an audience but has been given a second lease of life as part of the BFIs superlative Flipside series. The transfer is taken from the best surviving archival print and has been restored to the best condition possible, but bear in mind this is still obviously below their usual top-notch standards. Detail quality is as good as the source will allow and colours are generally vibrant (though traces of the prints tendency to turn green still remain in a few of the darker moments), and whites are more blown-out than usual. That said, its still comparable with watching an above-average repertory screening and probably the best its ever going to look.

The biggest extra on this release is The Spys Wife, an amusing 1972 half-hour short with Bell returning as a British secret agent who goes off for a mission while his wife (Dorothy Tutin) dabbles with a Communist spy (The Apples Vladek Sheybal). Its a fun little diversion with a nice twist in the end, and once again its nice to see Bell in an all-too-rare leading role. However, the most fascinating bonus here is an unseen, still-raw 17-minute interview with Hussey and co-star Leonard Whiting talking about their recently completed work on Romeo & Juliet with Bernard Braden for a projected but never realized TV show called Now and Then. The pair (who became an item during filming) discuss their experiences as young performers tackling their first huge lead roles and their living conditions during shooting as well as their aspirations for the future. Hussey is stunning as always, and its interesting to see the gifted Whiting talk freely about his love of acting considering he vanished from the screen after 1973s Frankenstein: The True Story, leaving many baffled fans in his wake. The thick enclosed booklet contains liner notes by OHara, Robert Murphy, pieces on The Spys Wife by Vic Pratt and producer Julian Holloway, notes about the lost interview and two bios.